From CNN, re the cover: 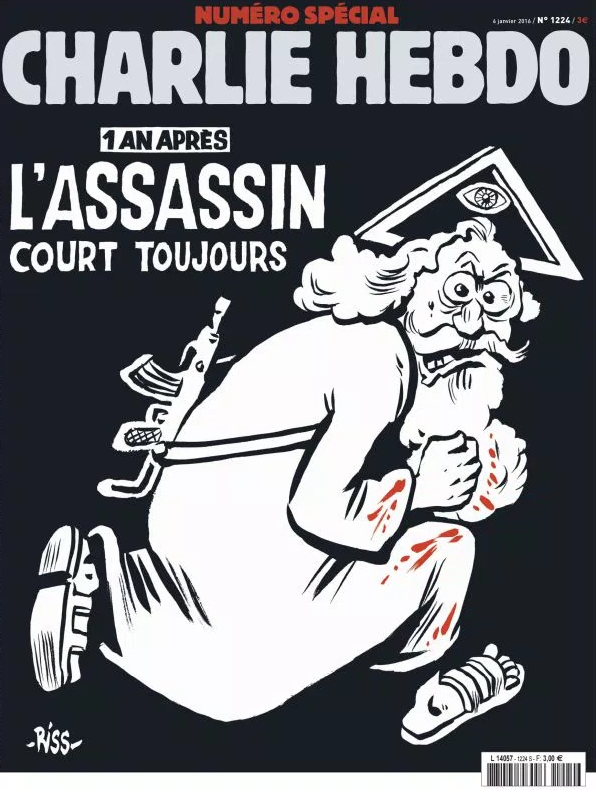 In its commentary this week, L’Osservatore Romano, the newspaper of the Vatican state, said it’s not impressed.

“This episode isn’t something new because, behind the deceitful flag of an uncompromising secularism, the French magazine once again forgets what religious leaders of different beliefs have been repeating for a long time to reject violence in the name of religion.

Except when it’s hatred of gays. And who is the Pope to say what an “authentic blasphemy” is for Muslims? For many Muslims, an “authentic blasphemy” involves drawing satirical pictures of Islam,or even mocking Islam. Further, many religious leaders have promoted violence in the name of God, including the Church when it had universal political power.  Does Pope Francis deny that all over the Middle East, people are using God to justify murder?

Finally, the very idea of blasphemy is ridiculous, implying that some speech about God is off limits.

And from the Guardian:

The commentary added: “In Charlie Hebdo’s choice, there is the sad paradox of a world which is more and more sensitive about being politically correct, almost to the point of ridicule, yet does not wish to acknowledge or to respect believers’ faith in God, regardless of the religion.”

I’ll acknowledge believers’ faith in God,but I won’t respect it.