I’ve deliberately neglected the latest bout of Christian whining about the War on Christmas, as this happens annually, and this year it’s incredibly trivial. You’ve surely hear about this already, so I’ll be brief. In October, Starbucks revealed its holiday cup design: a classy red number with a green Starbucks logo. Although I don’t patronize that overpriced emporium of coffee, I have to admit the cups look nice.

But because the cups didn’t show Jesus or Christmas trees, or even said “Merry Christmas,” a man named Joshua Feuerstein, a self-described former preacher and social media personality, posted the video below on his Facebook page, urging readers to revolt, putting Christian messages on their cups and leaving messages at the Twi**er page #MerryChristmasStarbucks. Further, the ever-reliable Useful Idiot Donald Trump suggested that maybe Americans should boycott Starbucks, said he’d end the lease of Starbuck’s in Trump Tower (NYC), and added, “”If I become president, we’re all going to be saying Merry Christmas again, that I can tell you. That I can tell you.”

Here’s Feuerstein’s video; be sure to watch to the end:

At first Christians responded en masse (they’re getting as easily offended as many Muslims!), but now, if you go to that Twi**er page, you’ll find a lot of mockery—another sign that Americans are getting sick of the hegemony of faith. Here’s one tw**t:

Frat Boys have been having a war on Christmas for years. #merrychristmasstarbucks pic.twitter.com/mFa6cGPDtS

And a newer site, #Itsjustacup, arose to mock the other one. Lots of LOLs there; here’s one:

Further, someone has bought the joshfeuerstein.com domain and diverted it to another purpose; go have a look.

Finally, reader Pliny the in Between has satirized on his/her site, Evolving Perspectives. How many readers recognize where the title comes from? 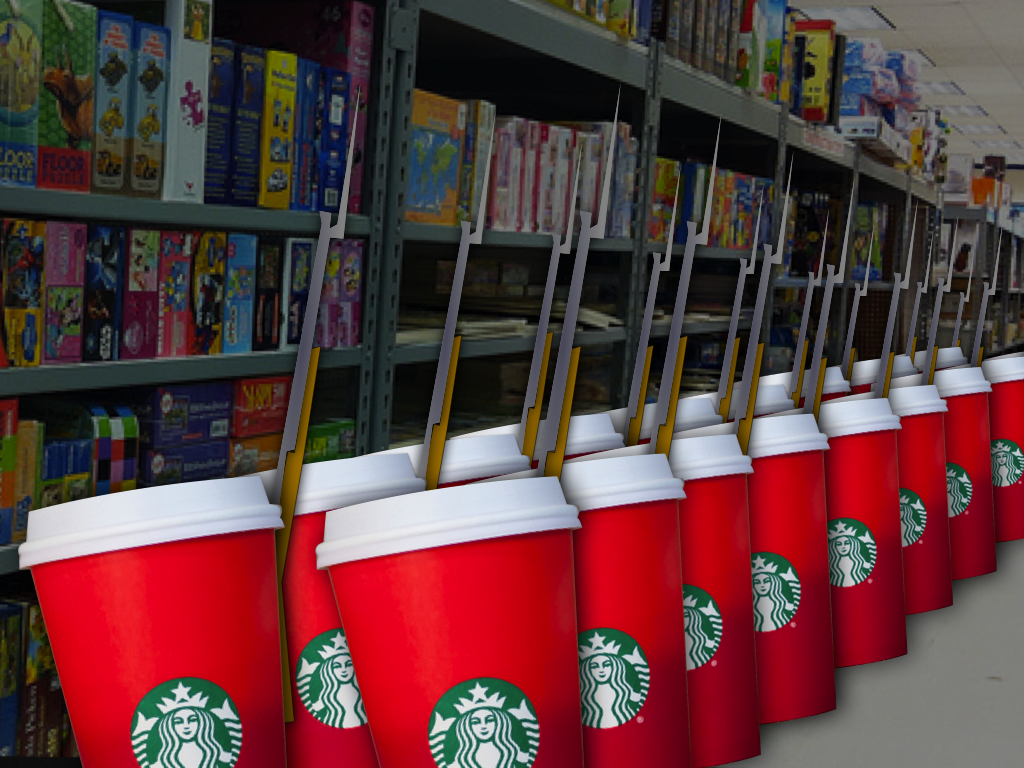 These offended Christians almost appear to see themselves as persecuted martyrs, akin to those Christians who supposedly were eaten by lions in the Coliseum (something, by the way, that probably didn’t happen). Maybe if they just kept their faith to themselves?

132 thoughts on “The latest War on Christmas: The Battle of Starbucks”