“The regressive left” is a term coined by Maajid Nawaz to refer to those leftists in bed with extreme Islamists. In this week’s “The Humanist Hour,” presented by the American Humanist Hour, philosopher Peter Boghossian talks, eloquently, about the regressive left and its attendant tropes (denigration of free speech, concepts of safe spaces, etc).  If you have a spare 51 minutes, you could do worse than listen.

Click on the screenshot below to go to the podcast. 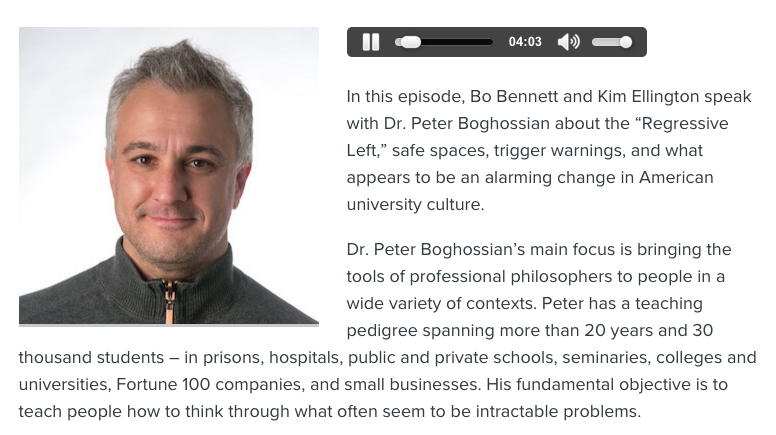 39 thoughts on “Peter Boghossian on “the regressive left””