The link to this BBC article came from reader Ant, and when I first read it I think I completely misinterpreted it. Here it is in its entirety, along with the headline (emphasis is the BBC’s, not mine).

Forty percent of people in England do not believe Jesus was a real person, a survey suggests.

However, 43% of the people asked said they did believe in the resurrection – although many did not think it happened as described in the Bible.

The figures also found while 57% classified themselves as Christian, fewer than 10% actually go to church.

The survey of over 4,000 people for the Church of England will be discussed at its next General Synod in November.

Many scholars agree that Jesus was a real man, who lived in Galilee over two thousand years ago, although many details surrounding his life are still debated.

But, the Church of England survey found that four in 10 people did not realise Jesus was a real person, with a quarter of 18 to 34 year olds believing he was a mythical or fictional character.

The poll was part of a wider research project looking at both practising Christians and the wider population.

After Christians, the second biggest group identified in the poll – 12% – were atheists, while 9% were agnostics, Muslims represented 3%, with Hindus and Jews both making up 2%.

English Christians are more likely than the average English adult to work in education, or professional jobs, but less likely to work in finance or insurance, the survey concluded.

When I first read this quickly, I took this to be the message: 40% of British are mythicists, unconvinced that the Jesus either did the things he’s said to have done in the New Testament, or even that there was a real person on whom the Jesus legend was based. I found that heartening.

But then I realized that I was probably wrong about what the article was saying. Those 40% weren’t mythicists who had considered the evidence, I think, but simply people who don’t REALIZE that Jesus was a real person, and haven’t thought much about the issue. That is, they didn’t consider the writings of Josephus or of mythicists like Richard Carrier, and then made a decision that there was no historical Jesus-person. Rather, they are just oblivious.

Now I may be wrong, but the more I read this, the more I think that reader Ant was right in his interpretation.  What’s more galling is that the BBC is taking what “many scholars believe” as the gospel truth—pardon the pun—despite the fact that close scrutiny gives virtually no extra-Biblical evidence for a historical Jesus. I’m still convinced that the judgement of scholars that “Jesus was a real man” comes not from evidence, but from their conviction that the Bible simply couldn’t be untruthful about that issue. But of course we know of cases where myths grew up that weren’t at bottom derived from a historical individual.

And the “details about Jesus’s life” that “are still being debated” will of course never be settled unless some new archaeological or historical evidence turns up, because that debate center sentirely and solely on what the Bible says. One might as well debate the details of Paul Bunyan’s life from the legend that grew around him.

But never mind: the article is still heartening. After all, 21% of respondents were nonbelievers, and only 10% of the sample of British people go to church. Religion is dying in Britain, and dying faster than in the U.S. 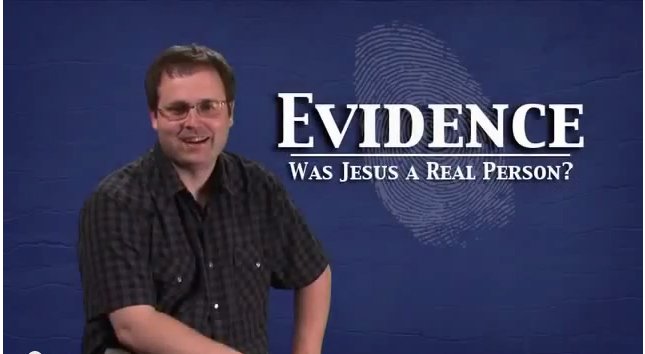