A reader reported to me that this book, which came out in Canada on February 6, contains at least a bit of dicey material about evolution. The material comes uncomfortably close to certain tropes of creationism.

The book’s Amazon description is below the cover picture: 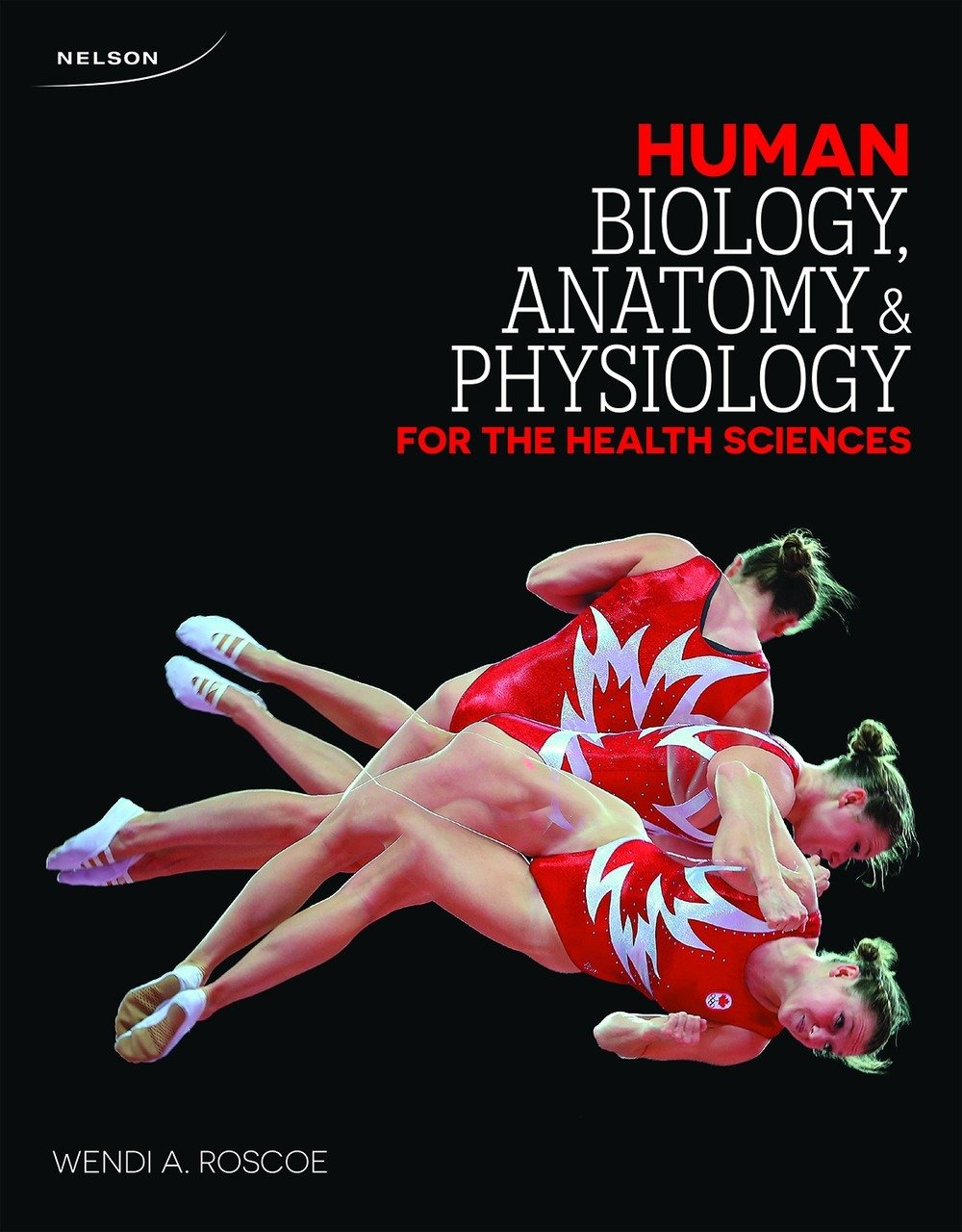 “The only title written for Canadian pre-health courses, Human Biology, Anatomy, and Physiology for the Health Sciences focuses on human-related biology topics such as cells, metabolism, evolution, and inheritance as well as the physiological systems. Class-tested, this text has been praised by students as clear, concise, and easy to understand. Author Wendi Roscoe has taken care to write a book that is truly engaging and relevant for students, using examples of diseases or conditions that help students understand how normal physiology can go wrong, while not compromising the depth and breadth of content required for an introductory course.”

What a shame, then, that in the overview that begins Chapter 7, a chapter on “Evolution,” some old creationist/ID canards are perpetuated. Here’s a screenshot sent by the reader: 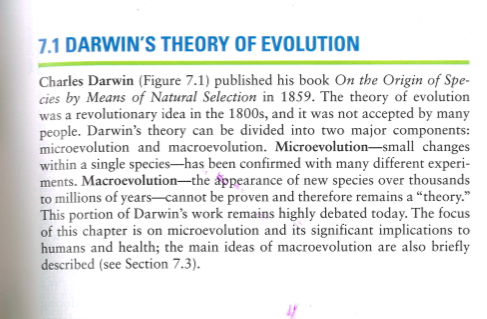 Now I haven’t seen the rest of the chapter, but there are at least five mistakes in this brief excerpt. Many of you will spot them, but I thought I’d review them briefly since we all should be able to rebut this kind of stuff.

The first is the claim that “microevolution” is confirmed but “macroevolution remains a ‘theory'” (note the scare quotes around “theory”). Actually both micro- and macroevolution are confirmed part of the neo-Darwinian THEORY of evolution: a system of propositions meant to explain the change in both the genetic nature and diversity of species over time. This book uses “theory” in its vernacular sense: as a “guess or speculation”:—what scientists would call an “unsubstantiated hypothesis.” One would hope that a biology textbook intended for wide use in Canada wouldn’t buy into the old creationist trope that evolution—macroevolution in this case—is “only a theory”.

Second, the passage gives big precedence to observable evolution in real time (that confirmed “with many different experiments”) over the kind of evolution seen either in the fossil record or inferred from existing patterns. We should all know (see Why Evolution is True for the data) about the “non-real-time” evidence for evolution: much of it showing “macroevolution”. These data include not only the fossil record, but also biogeographic and embryonic patterns, as well as the existence in living species of vestigial traits and “dead genes” that make no sense under any theory other than evolution. What else than”macroevolution” can explain the fact that the human genome (note that the book above is a human biology book) contains three genes for making egg yolk—genes that have been rendered inactive by mutation? Those genes are remnants of our amphibian and reptilian ancestors, which did have functional egg-yolk genes. They testify to common ancestry and macroevolution. And the evolution of mammals from those earlier groups certainly IS “macroevolution.”

Third, the fossil record amply documents the transition between very different “kinds” of organisms: not just species, but disparate new taxa. We now have transitional forms between fish and amphibians (viz., Tiktaalik), between amphibians and reptiles, between reptiles and birds, between reptiles and mammals (I use the example of “mammal-like reptiles” when teaching), between terrestrial artiodactyls and whales, and, of course, between early ape-ish hominins and later modern ones. The fossil record by itself soundly refutes the “no macroevolution” hypothesis. We also have many cases of lineage splitting, including in our own group, hominins, as in the evolution of the “robust australopithecines” that went extinct without issue.

Finally, those who object to a transition between micro- and macroevolution are obliged to tell us why, under their own hypothesis (if they have one), there is some barrier beyond which small, incremental changes cannot add up to big ones. We know of no such barrier, and of course have seen the barrier breached many times (see fossil record stuff above). And we see, in real time, species in all stages of lineage splitting—”speciation”. If we see all stages of that process in present-day organisms, why can we not accept that the process can occur as a continuum over time? That is, in fact, the way we learned about the different stages of “evolution” that stars go through.

Finally, it’s simply wrong to suggest that there’s any real scientific “debate” about macroevolution. What debate exists is only the denial of macroevolution by creationists.

As I said, I don’t know how much of this kind of misinformation about evolution occurs in Roscoe’s book. I hope that the brief excerpt above is not indicative of chapter’s contents. But even if it isn’t, it’s still misleading, and I hope that this post tells you why.

You can find a valuable summary of the copious evidence for macroevolution on the TalkOrigins site at the page called “29+ Evidences for Macroevolution.” The section on morphological intermediates is very good.