It is a fact universally acknowledged that most of the photographs that readers send me are of birds. There are millions of birders out there, but why so few “snailers” or “froggers”? I suppose it’s because birds are beautiful, colorful, and abundant. Their beauty is certainly on tap in these photos sent by reader Damon Williford, who lives in southern Texas.

And readers, bring out your wildlife photos, for the tank is growing quite empty! Damon’s notes are indented:

The Loggerhead Shrike (Lanius ludovicianus), which has declined in parts of its range, is still relatively abundant in southern Texas (I’m not sure what the juvenile in the photo was trying to accomplish). 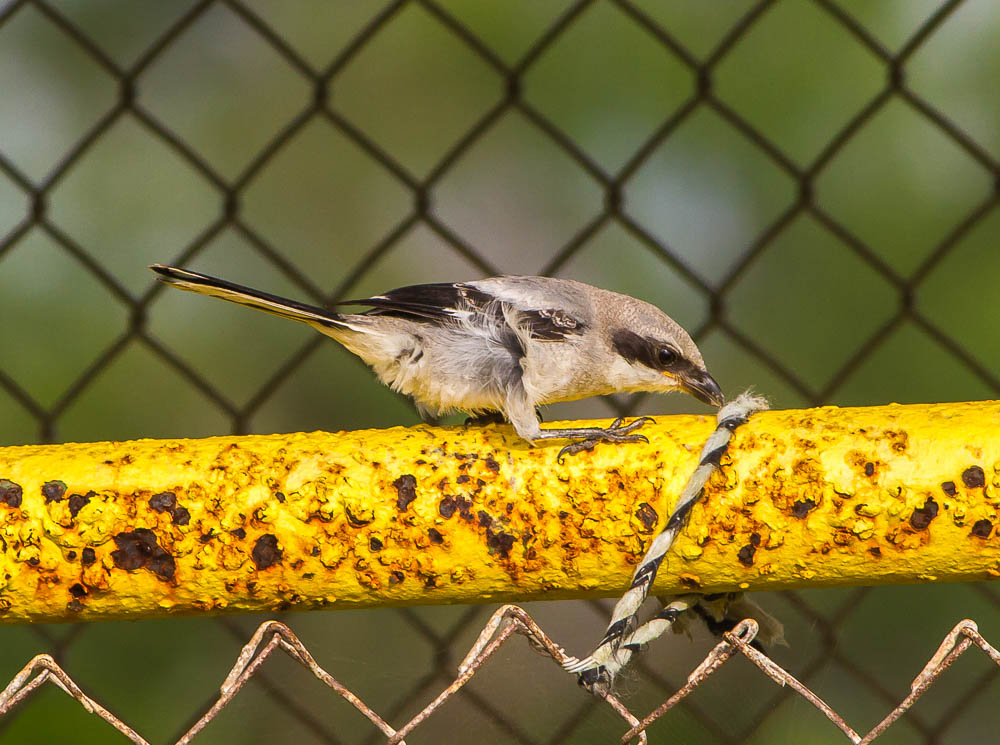 The Northern Bobwhite (Colinus virginianus) is another grassland species that has declined, mostly due to habitat loss. But, like the Loggerhead Shrike, it’s still fairly common in South Texas, especially during wet years. Bobwhites have become one of my favorite birds, partly because it was the focus of 2 of my dissertation chapters. 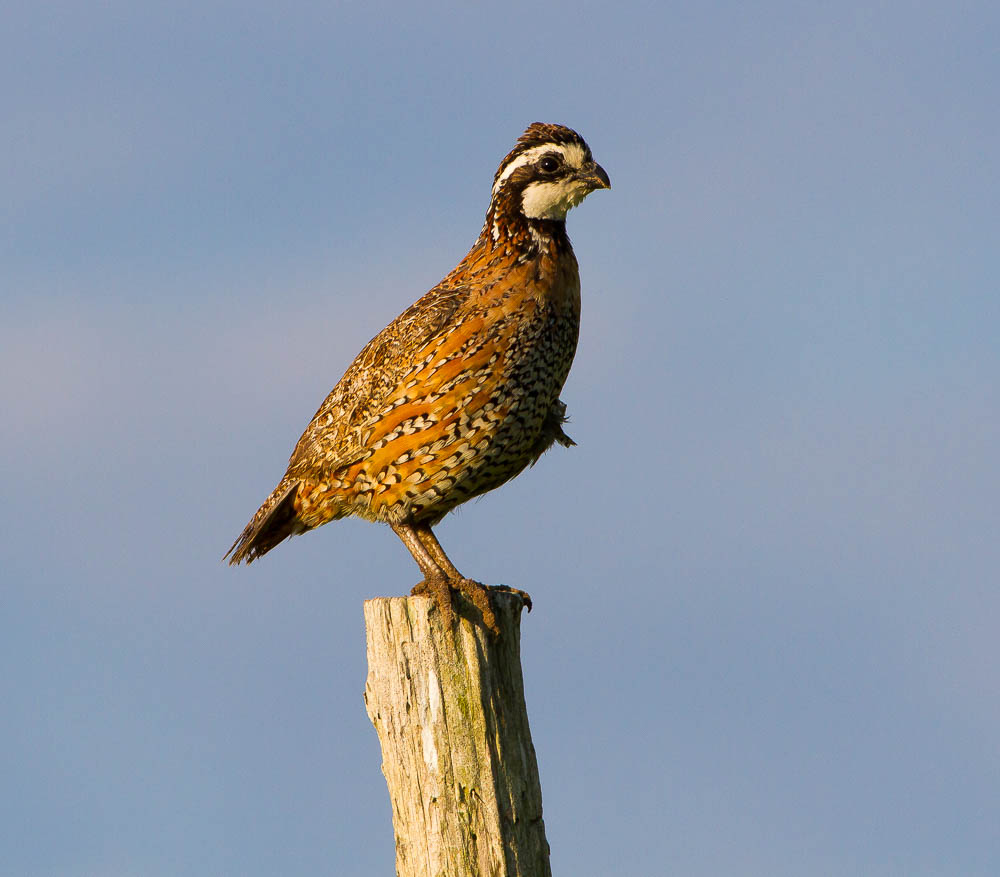 The Plain Chachalaca (Ortalis vetula), the only member of Cracidae native to the U.S., is still restricted to the 3 southernmost counties in Texas. The chachalaca is considered a game bird in Texas, and attempts have been made to introduce it into other counties but these have failed. 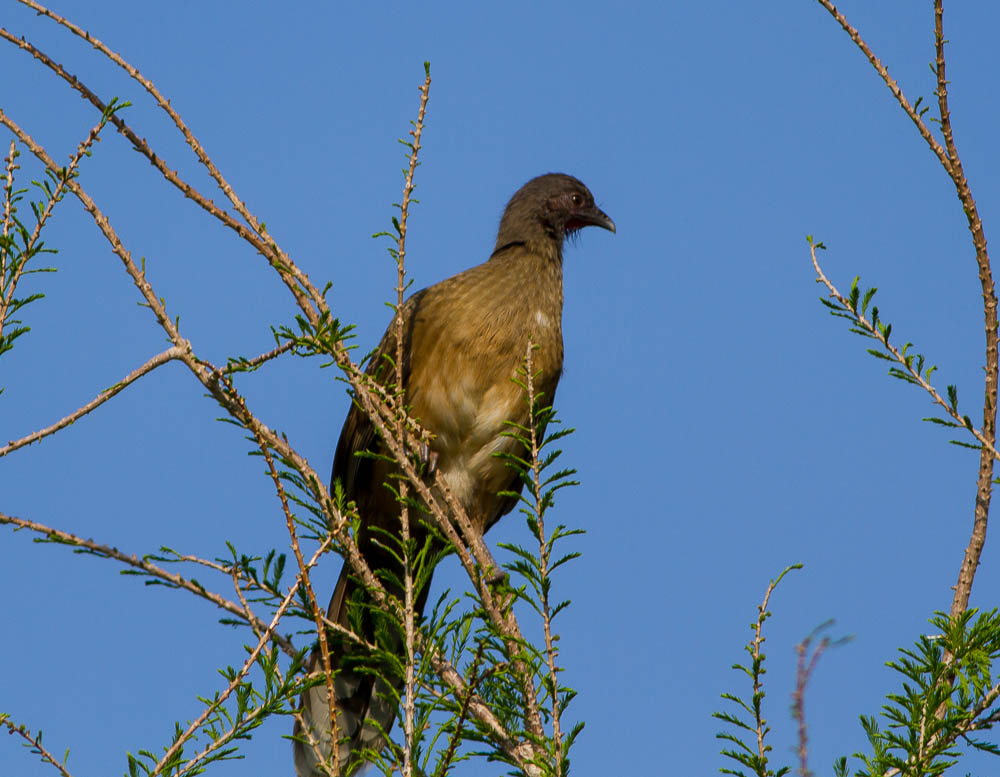 I’ve included some photos of Reddish Egrets (Egretta rufescens) from previous years, showing both color morphs. [JAC: The first three photos below are of this species.] 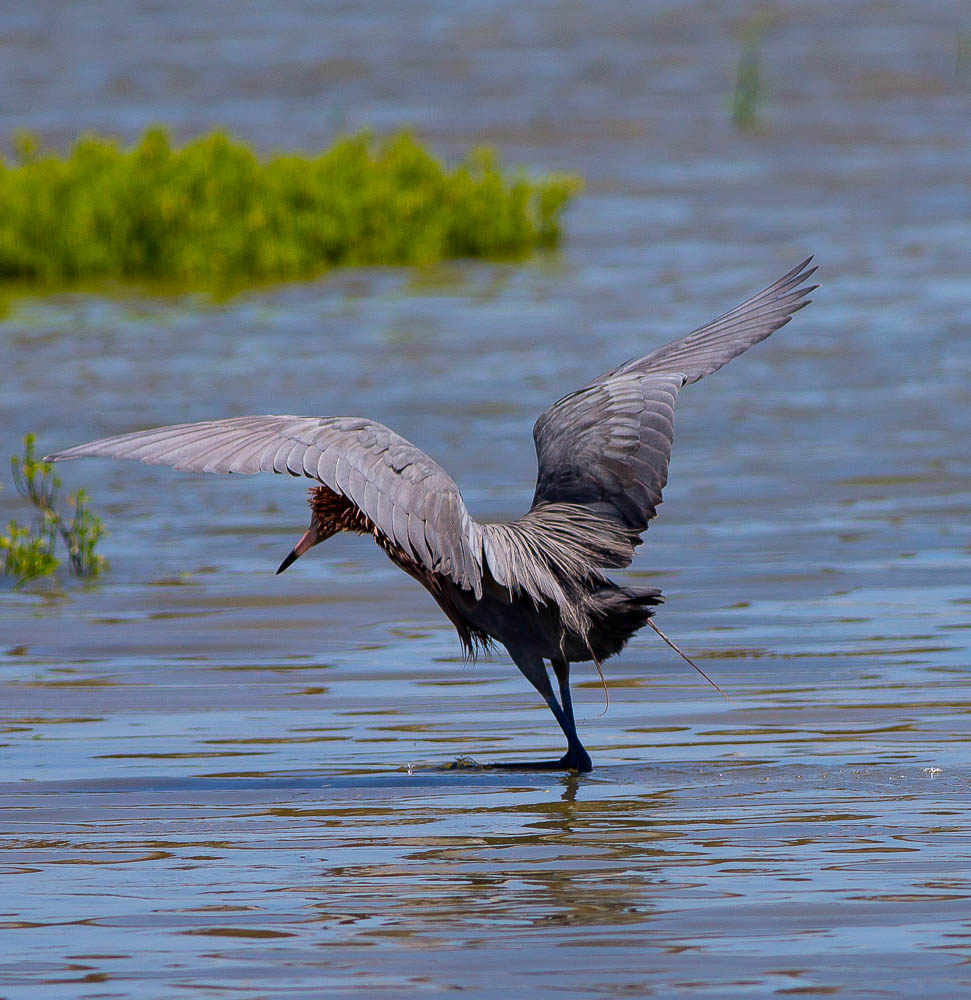 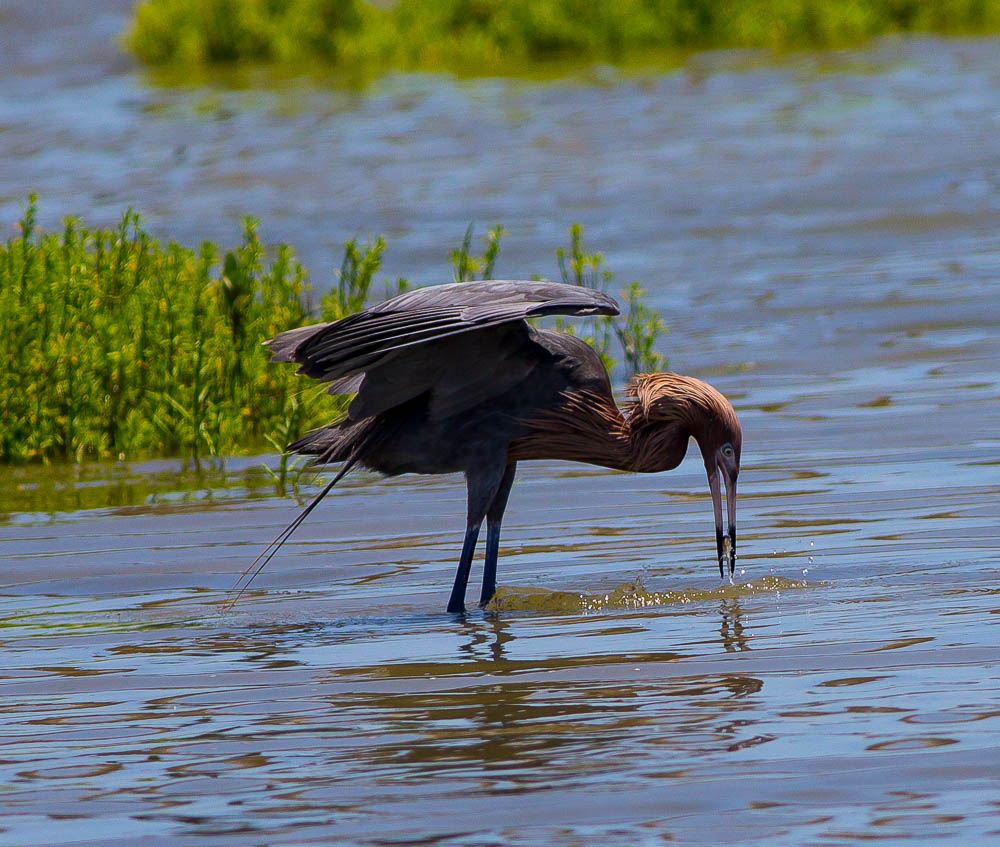 JAC: These color morphs are quite distinct; I had trouble believing it was the same species! Wikipedia says this about the morphs:

The sexes are similar, but there are two color morphs. The adult dark morph has a slate blue body and reddish head and neck with shaggy plumes. The adult white morph has completely white body plumage. Young birds have a brown body, head, and neck. During mating, the males plumage stands out in a ruff on its head, neck and back.

I’m sure there has been some speculation about these distinct forms. Their lack of intermediates (or so I gather) suggests a single gene is responsible, but if there’s any adaptive significance to this polymorphism (presence of distinct forms in a population), I don’t know what it is. Perhaps some readers can enlighten us. 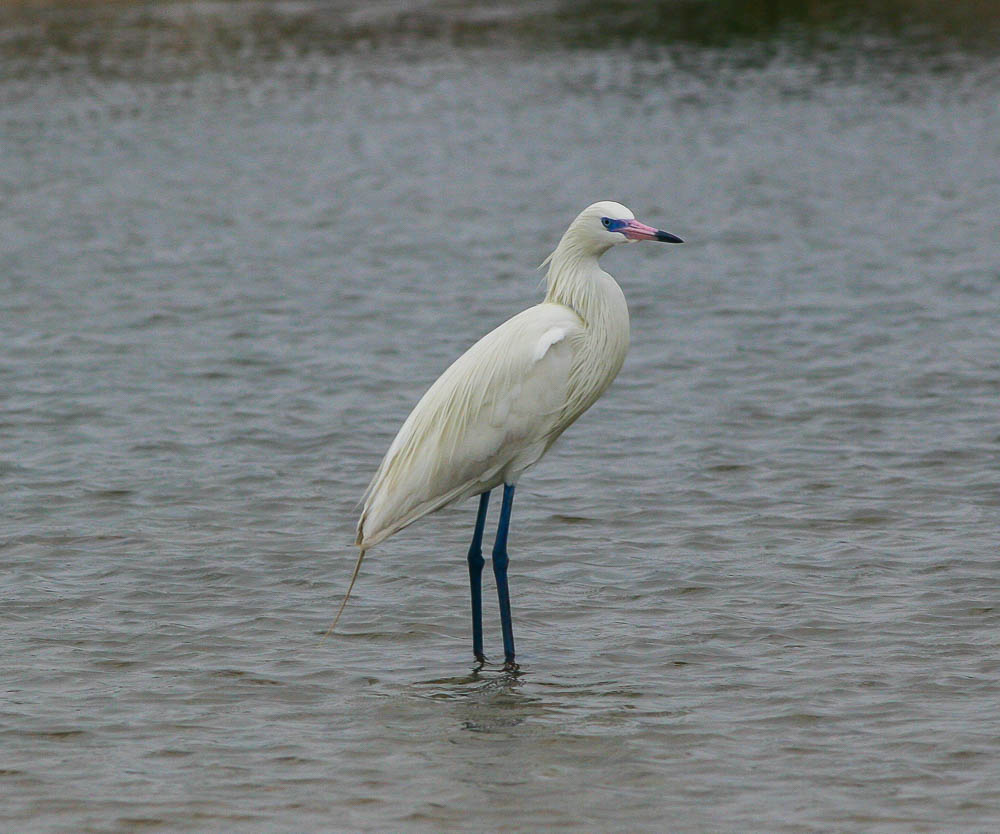 The last photo shows juvenile Wood Storks (Mycteria americana). Wood Storks wander northward into Texas after the breeding season ends in Mexico. There hasn’t been a confirmed case of Wood Storks nesting in Texas since 1960. 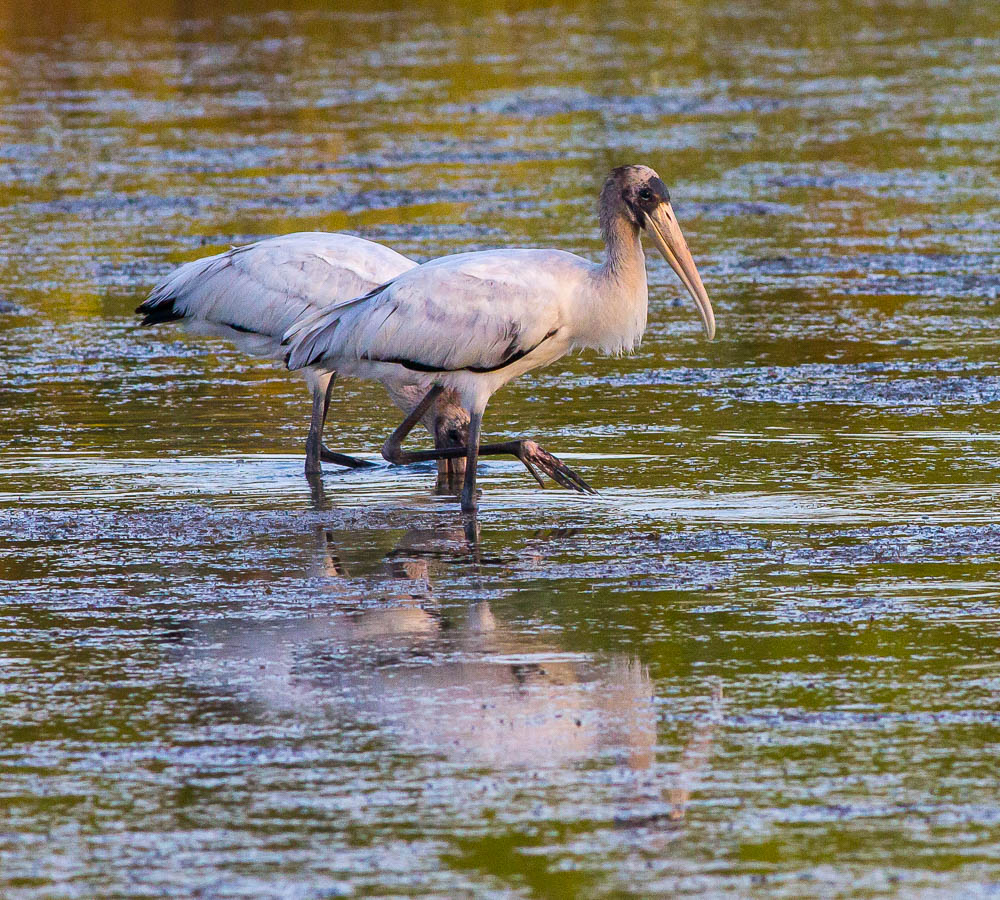