If you’re a determinist like me, it’s useless to have deathbed regrets about what you didn’t do in the past, for you couldn’t have done otherwise. However, we can, by hearing about others’ regrets, modify our behavior, for neuronal rewiring in the face of experience does not violate determinism.

Herewith is a list I found on Facebook, which turns out to come from a 2012 Guardian piece based on the experience of a terminal-care nurse: 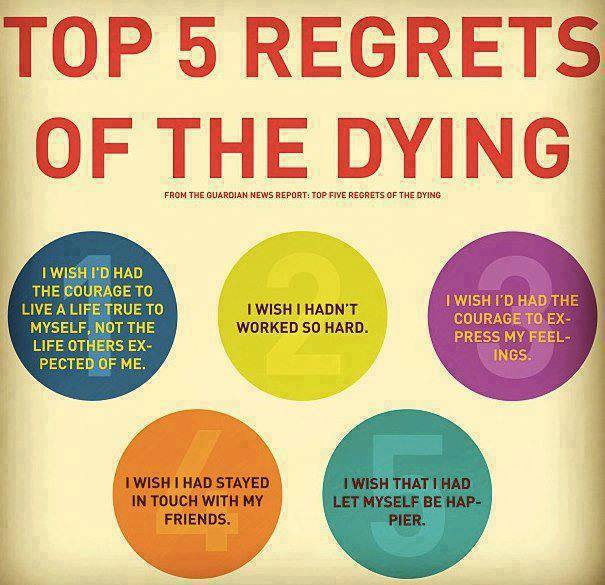 All of these seem sensible (especially the yellow one!)—except for the one about “letting yourself be happier.” How can you let yourself be happier if you’re a determinist? The only way to do that is to somehow grasp that you want to and can be happier, and then take whatever steps you think would bring on change.

Do you have regrets not given on this list?

117 thoughts on “Regrets of the dying”