Mark Sturtevant has sent us on some more great photographs and commentary to go along with them.

Here is yet another installment of budget close-up photography of local arthropods. I am having a wonderful summer doing this, and I think I am slowly getting better at my hobby. The pictures are numbered in the order of my comments here.

A stink bug nymph, possibly in the genus Apoecilus, feeding on an eastern tent caterpillar (Malacosoma americanum). In this picture you can see something of how a piercing-sucking proboscis works in insects. The proboscis is really homologous to the generalized chewing mouth parts of other insects. The thick, jointed part under the head that is bent aside is the labium (which is like a lower lip), while the thin whitish line seen entering the labium is really a bundle of piercing, needle-like mouth parts that are the mandibles and maxillae. The labium guides the piercing mouth parts into the prey, and those piercing mouth parts alternately pump up and down to scissor their way deeper into flesh. Digestive juices are pumped in, and the insect slurps up a liquid meal. The design is seen here:

Interestingly, the piercing mouth parts of some other insects like mosquitoes are very similar, and so this should be a good example of convergent evolution. 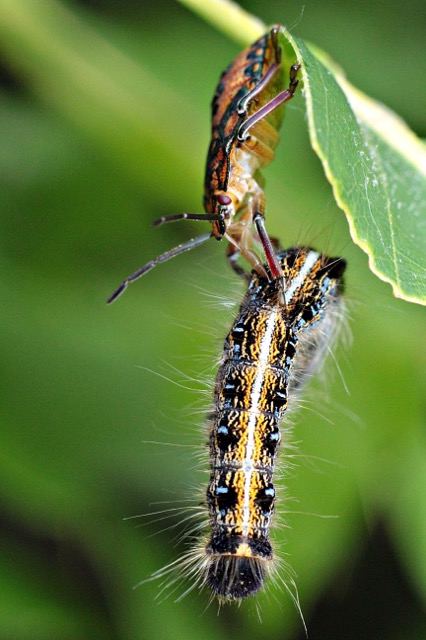 Marsh fly (Tetanocera). I do not have a lot to say about this one except that I am finding that many largish flies do not mind if a big camera lens draws in close to take pictures. I also like all the hairs since that makes ‘em interesting. 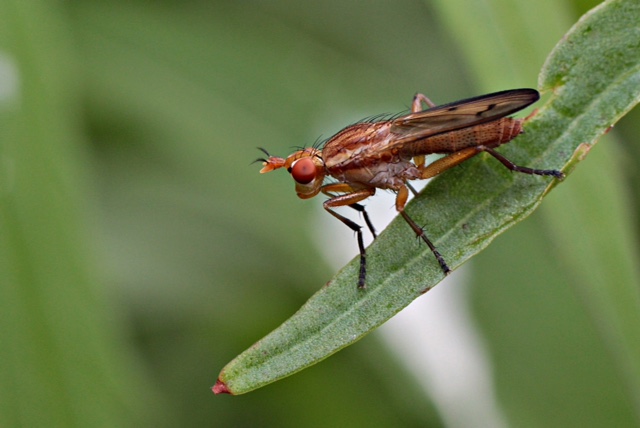 Six spotted orbweaver, Araniella displicata. This pretty little spider is so-named because it has six spots on the dorsal side of its abdomen. According to Bug Eric in this post: it is actually very common for this spider to spin a small orb web within the curl of a single leaf, as this one has done here. 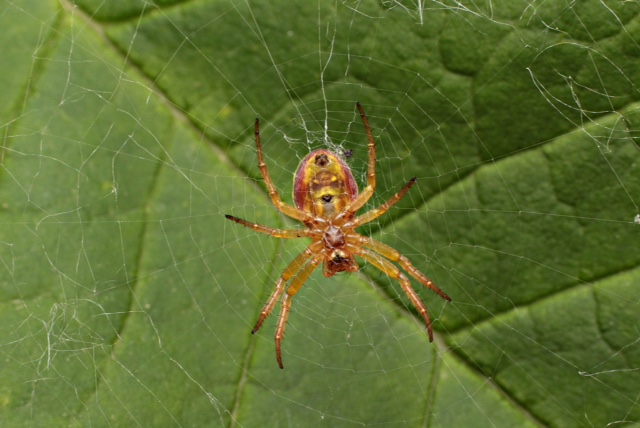 Male harvestman (Phalangium opilio). One can recognize this to be a male by its elongated pedipalps. This widespread species is described as the most widely distributed harvestman in the world, and so possibly every reader of WEIT on every continent has seen this small, harmless species of harvestman. Well, harmless to humans. I have seen these animals eating surprisingly large insects. 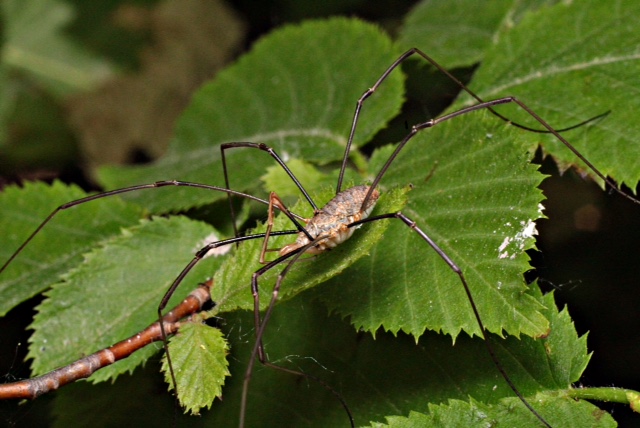