As always if you click through twice on a photograph you can see it in its original size.

I thought I’d send you a few pictures around the theme of protective colouration in moths to help top up your tank. 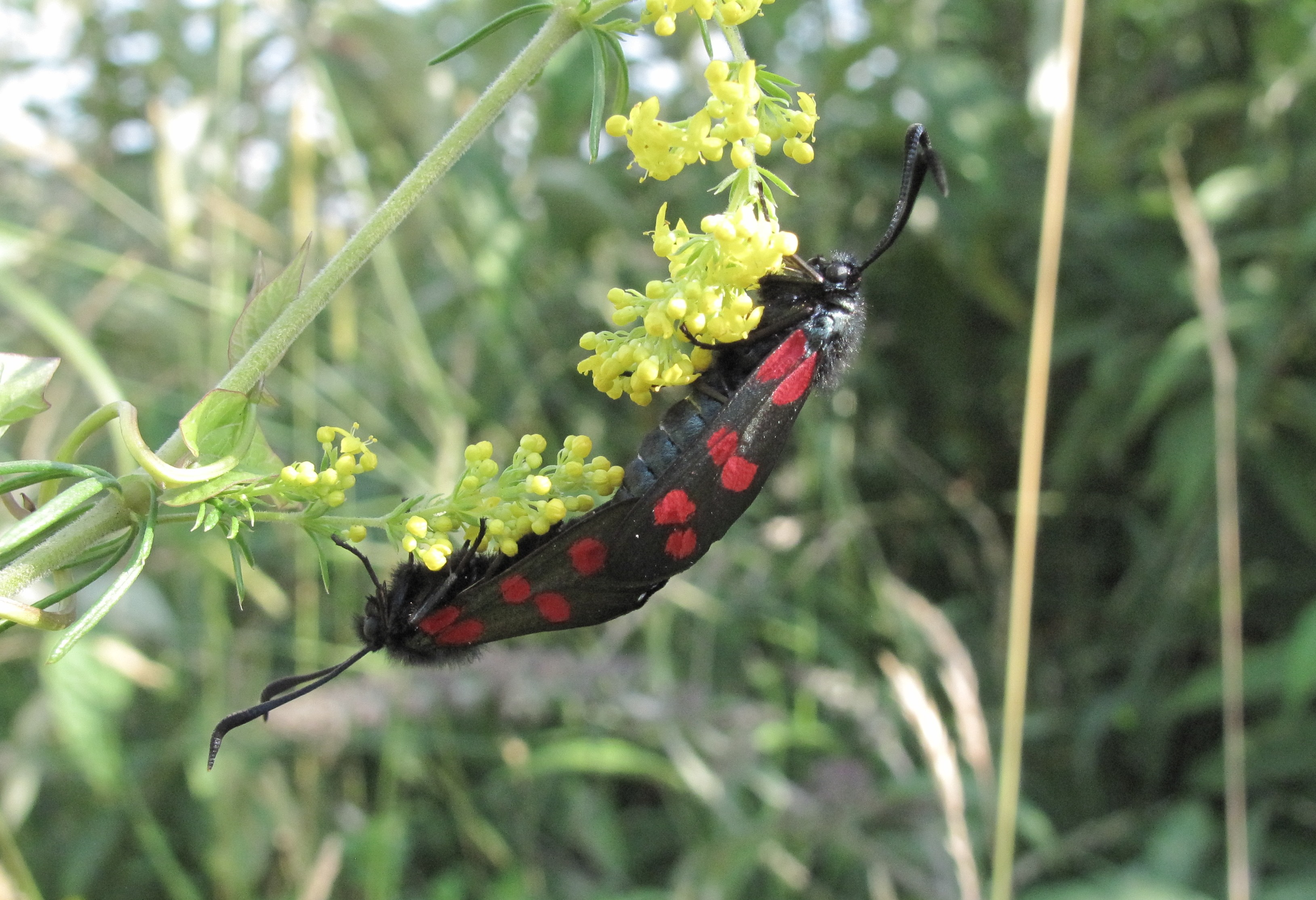 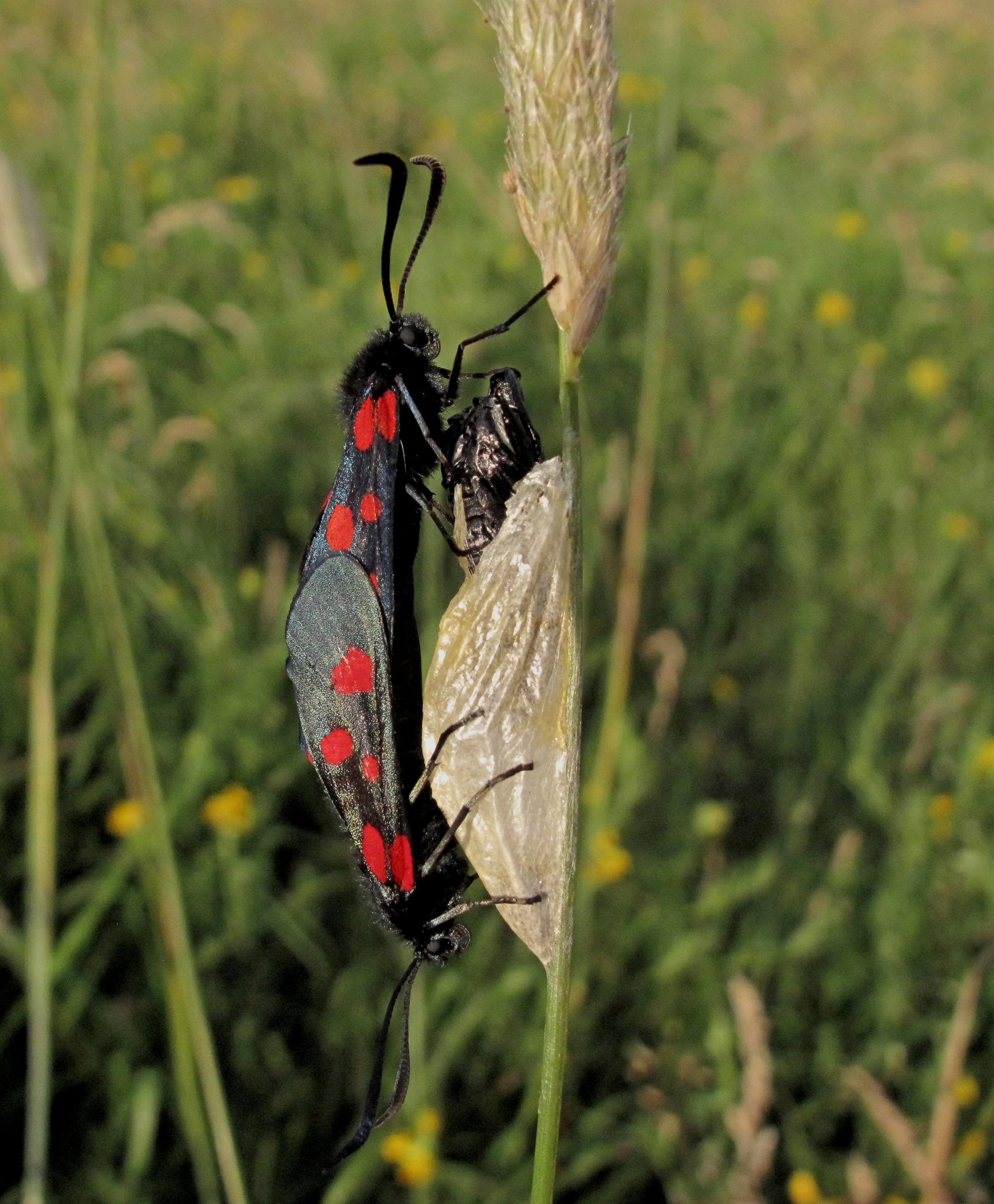 These moths are noxious to predators such as birds.  As they are closely related I am not sure if they could be said to be mimics (as presumably they could both have inherited the same colour pattern from a common ancestor) but the two species do fly together in grasslands and presumably they reinforce each other’s aposematic signal in the manner of Mullerian mimics.  There are a number of other Zygaena species all with variations on this same colour scheme.

Another two aposematic species the Garden Tiger Moth (Arctia caja).  This species is widespread in the UK but has declined significantly in recent decades. 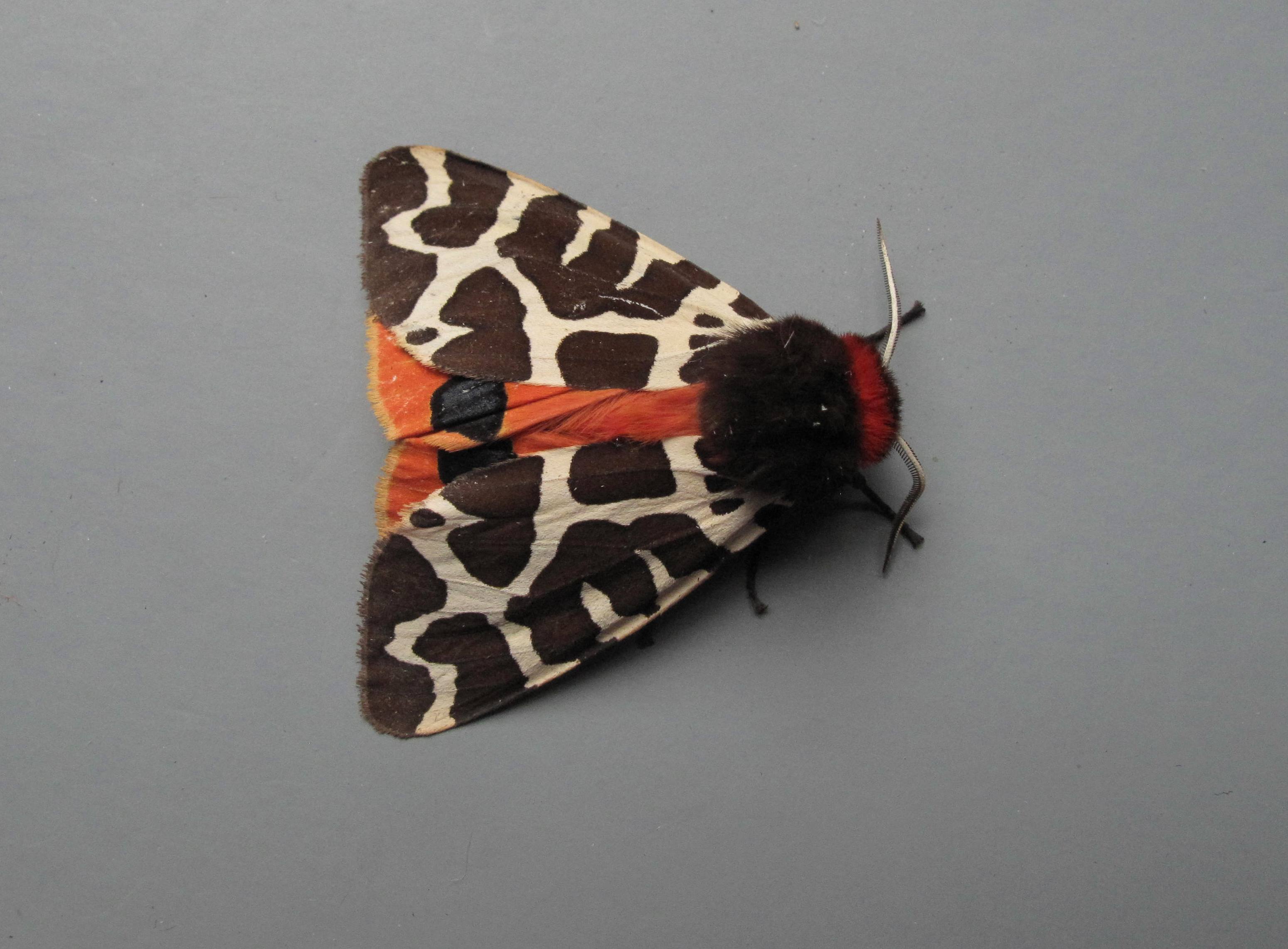 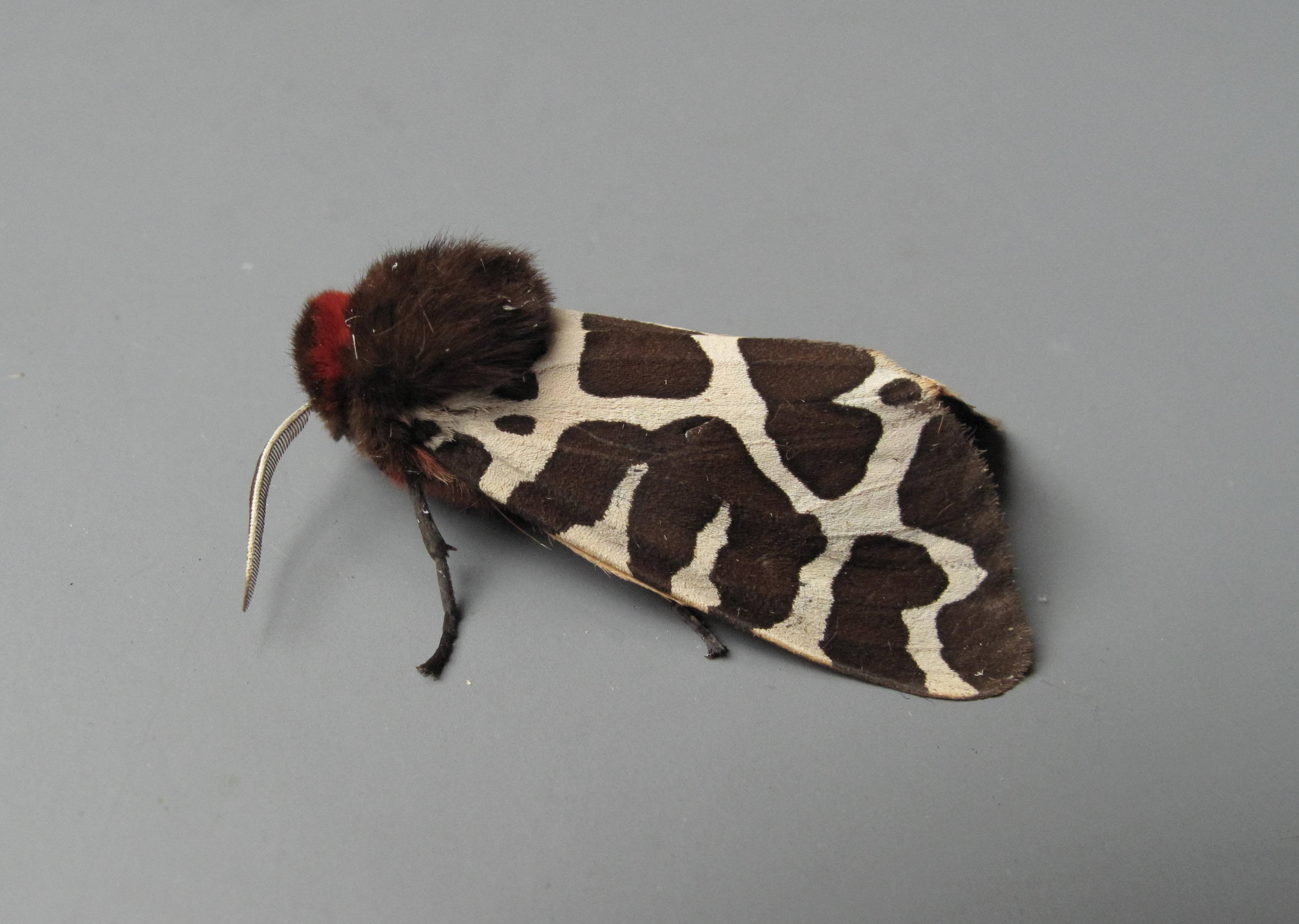 The Cinnabar Moth (Tyria jacobaea) has conspicuously striped larvae which feed on Common Ragwort (Sennecio jacobaea) from which they sequester toxins.  The adults superficially resemble the Burnet Moths to which they are not closely related. 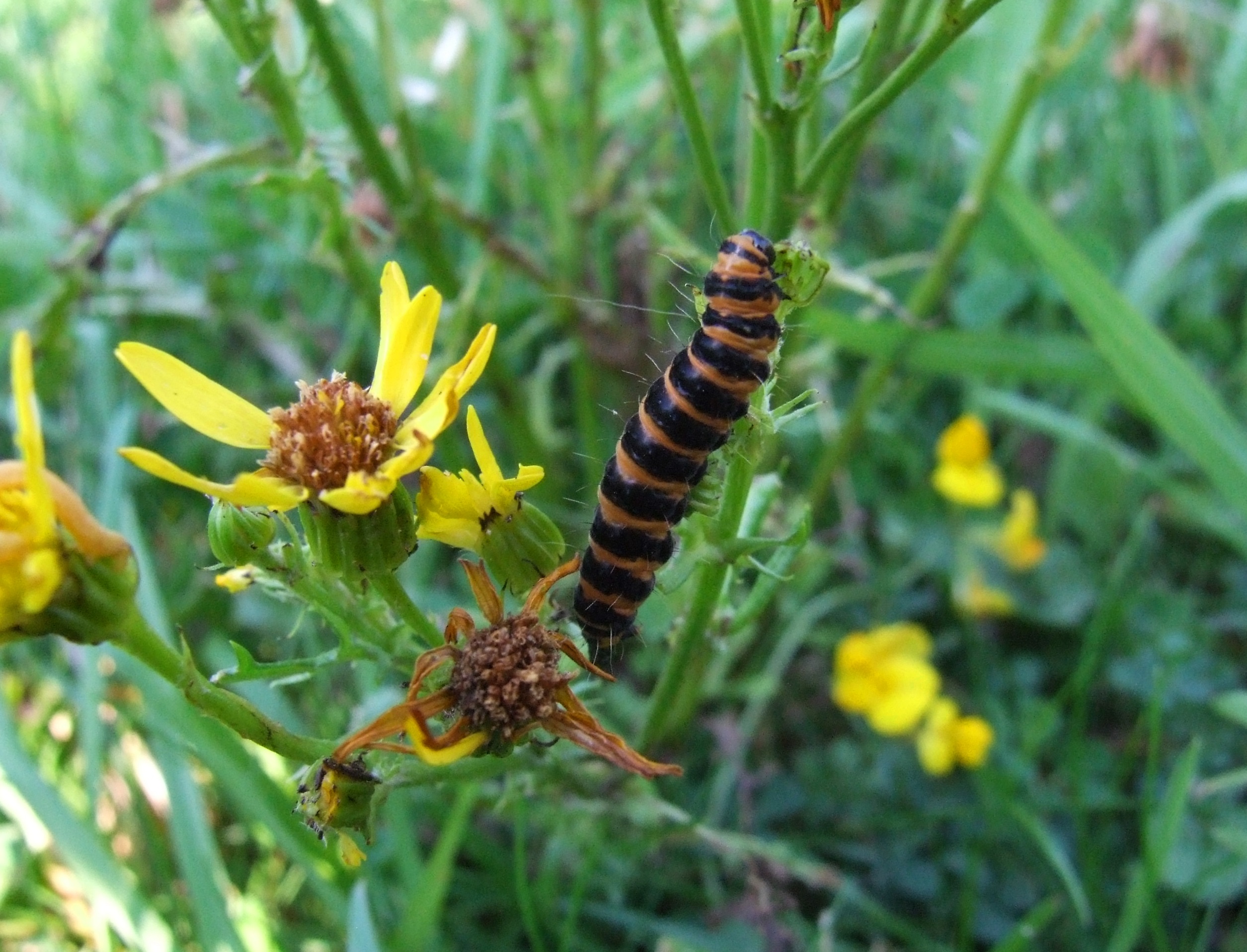 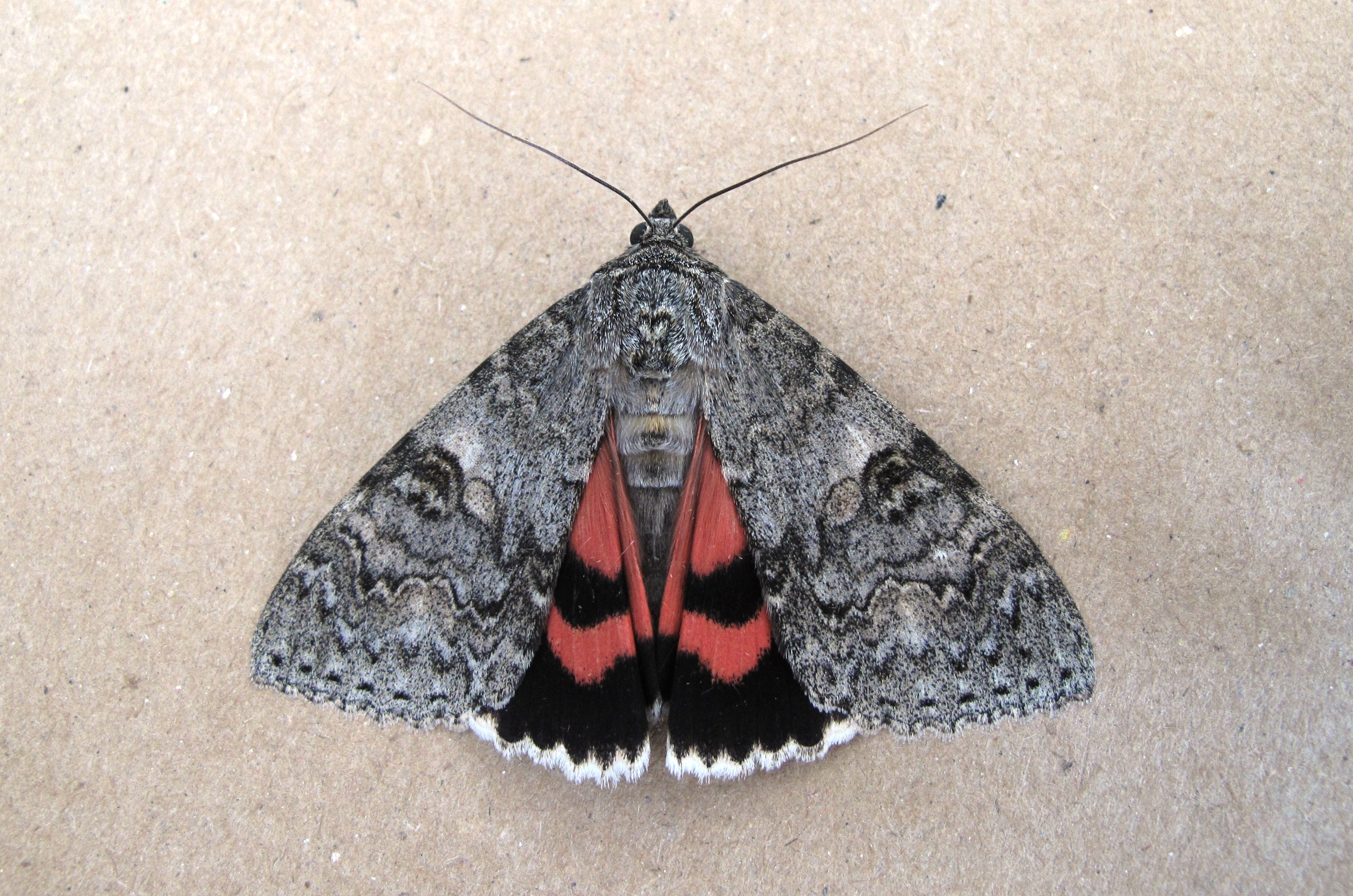 A final picture of a cryptic species.  I guess a majority of moths, certainly in the UK rely to a greater or lesser extent on camouflage to avoid getting eaten.  This one is a V-Pug (Chloroclystis v-ata) resting on a tree branch.  I should state that this is not where I found the moth, which was caught in a light trap and I released it onto the branch.  I was struck by how well it blended in. 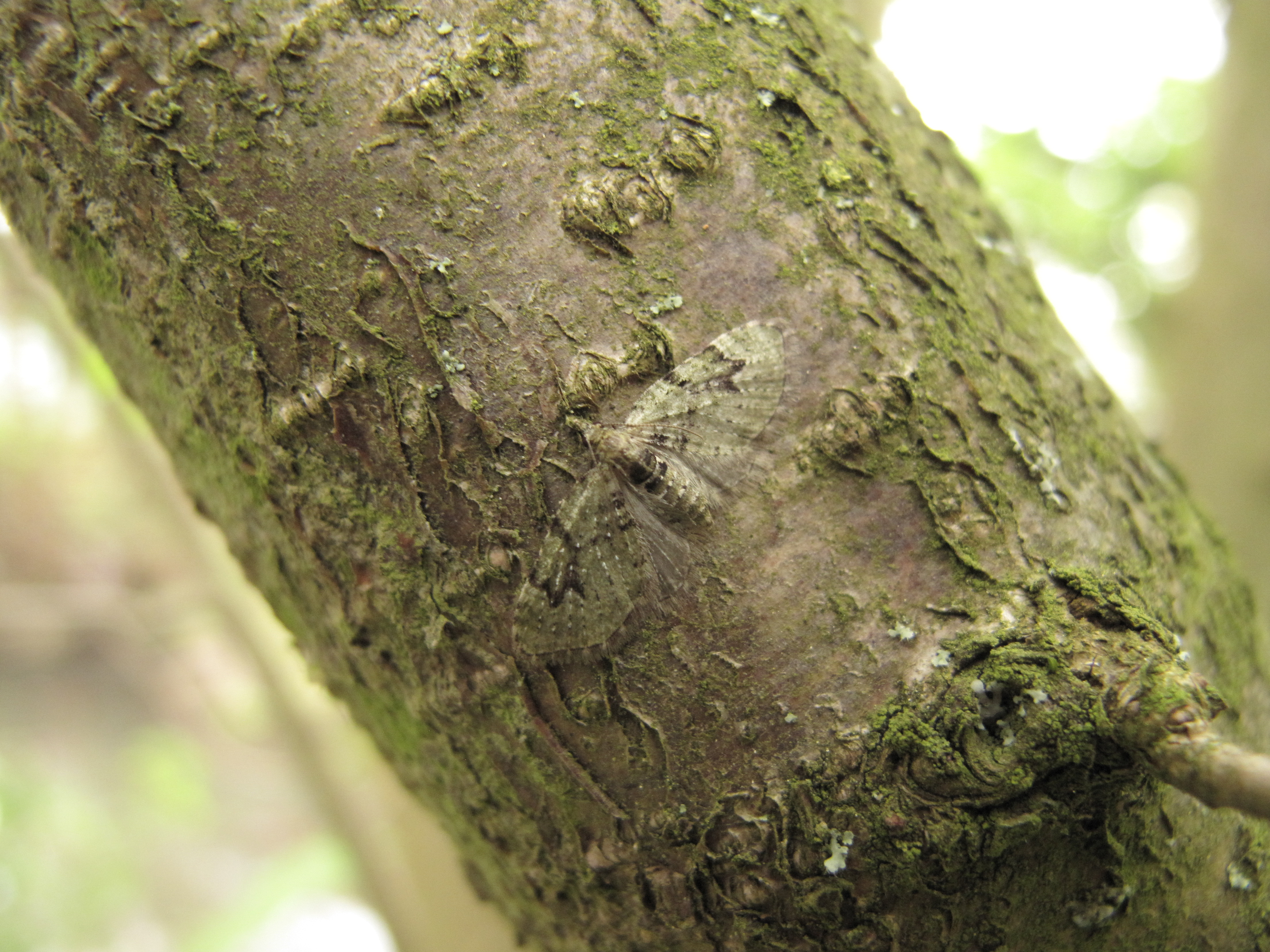 Thanks Jonathan, for the beautiful photographs and the fascinating comments to go with them.