I was surprised by Grania’s post on eagle vs. gull combat.  When we lived in Utah, we often saw gulls and eagles in close proximity at Farmington Bay, which supports one of the largest wintering populations of Bald Eagles (Haliacetus leucocephalus) in the lower 48 states.  We never saw any sign of aggression on the one hand or particular concern on the other.

That’s interesting, so I thought I should check this out in case it was a freak occurrence, however Birds Flight confirms that Bald Eagles do in fact prey on gulls.

Bald eagles are carnivores and they are opportunistic feeders. These birds of prey predominantly feed on fish, salmon, and trout across Pacific Northwest. In winter, they prefer to consume carrion. Bald eagles are also capable to devour large mammals like whales together with the carcasses of ungulates. These types of eagles also feed on garbage dumps. Other bald eagles diet includes raccoons, beavers, hares, muskrats, rabbits, lizards, and deer.

As far as avian prey is concerned, coots, egrets, ducks, grebes, alcids, gulls, and geese are mostly favored. Though occasionally, bald eagles also prey on birds in flight. These species rely on swans, reptiles, crustaceans, and amphibians. Bald eagles plunges over the water to grasp the fish at the surface with its strong talons. These birds of prey tend to eat by one claw and tearing down with the other. Other foods include foxes, coyotes, gulls, vultures, and corvids.

Nevertheless, Joe was able to supply some gorgeous photos of the two co-existing peacefully. Maybe gulls are just gullible. (Sorry). Or perhaps plentiful fish mean that gulls are not prime food source in this area. 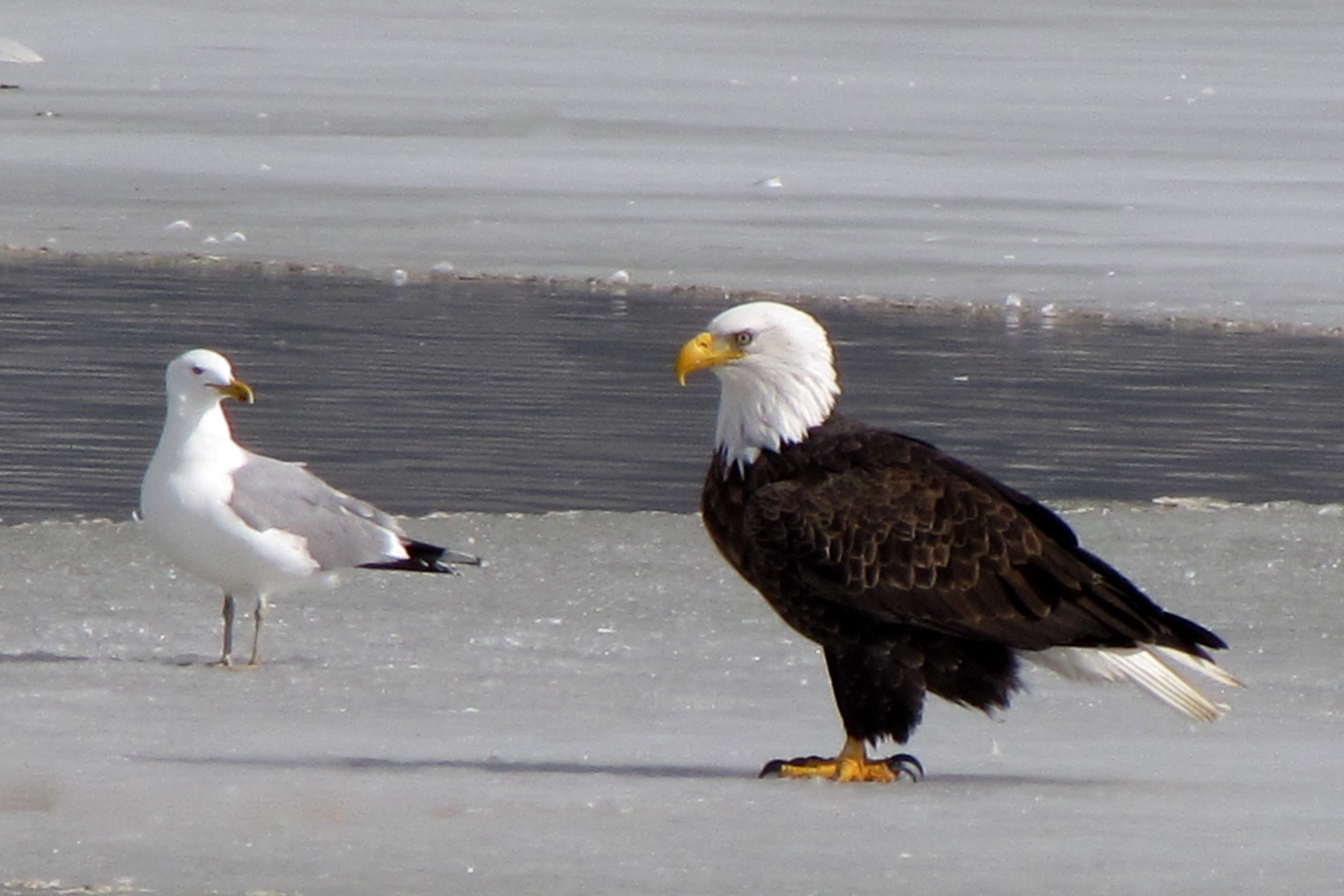 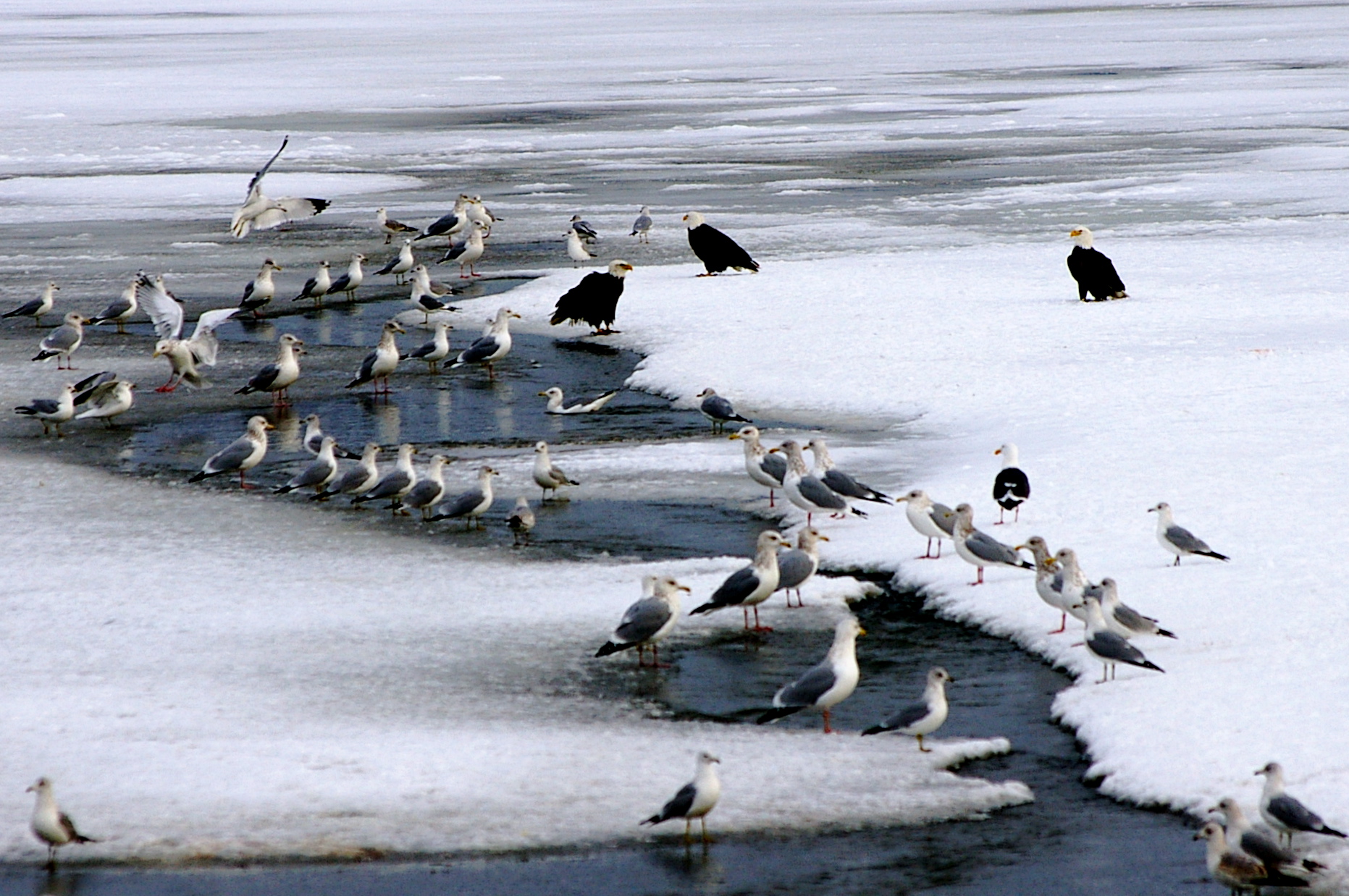 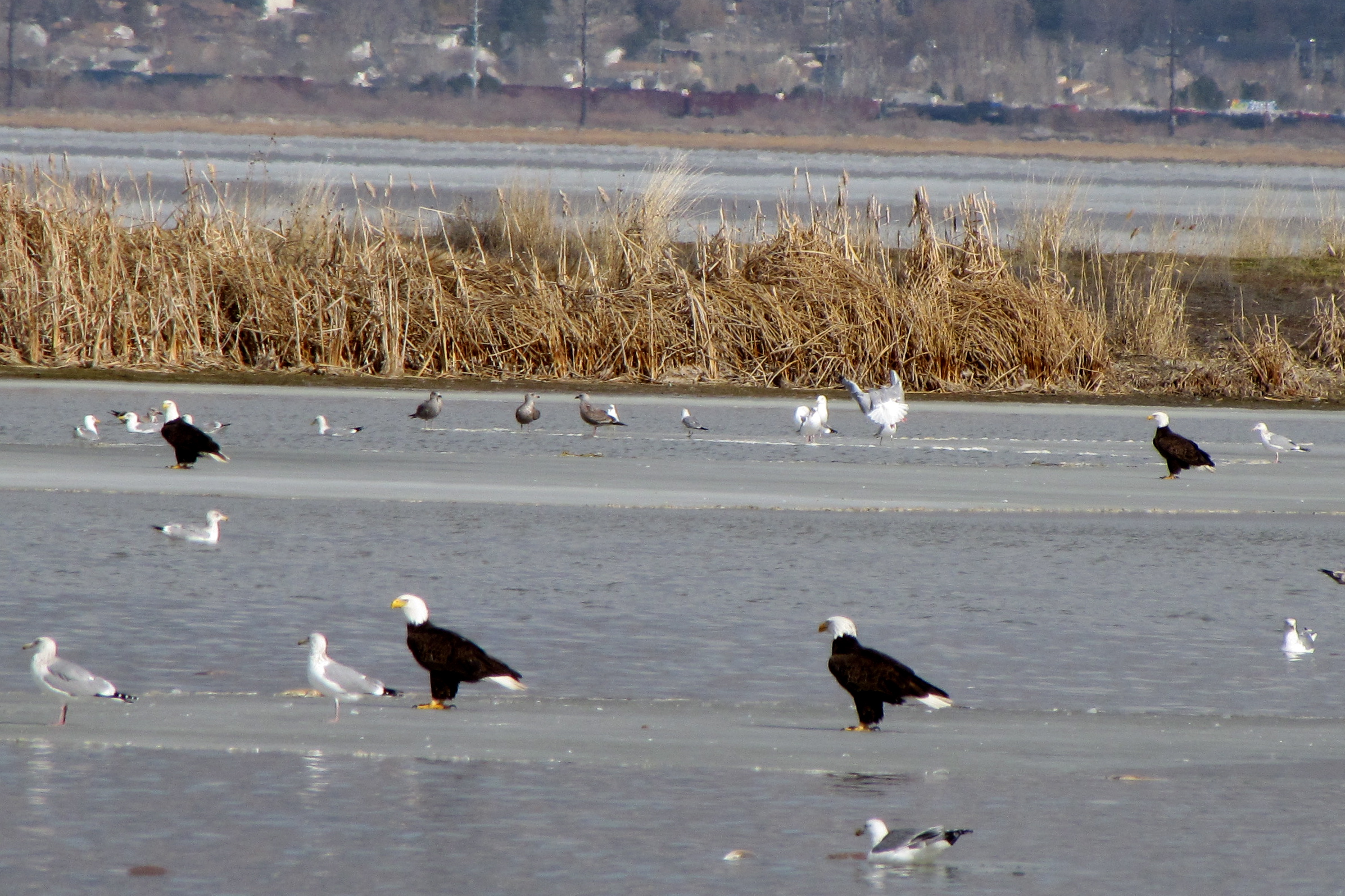