WEIT regular Mark Sturtevant has sent us a veritable seminar on flies and spiders. He writes:

Stilt legged fly (possibly Rainieria antennaepes). I encountered this little character strutting back and forth on some forest leaves, persistently waving its whitened front legs before it. This fly was so intent on its display that it would not be distracted from it, even after I bumped its leaf trying to hunker down on the forest floor to take pictures. It was for this reason that I thought at first that this was a male ‘strutting its stuff’ to entice a female, but I have since learned that it was likely mimicking various species of ichneumon wasps which wave whitened antennae. An example of the kind of model is here: http://bugguide.net/node/view/997201/bgimage 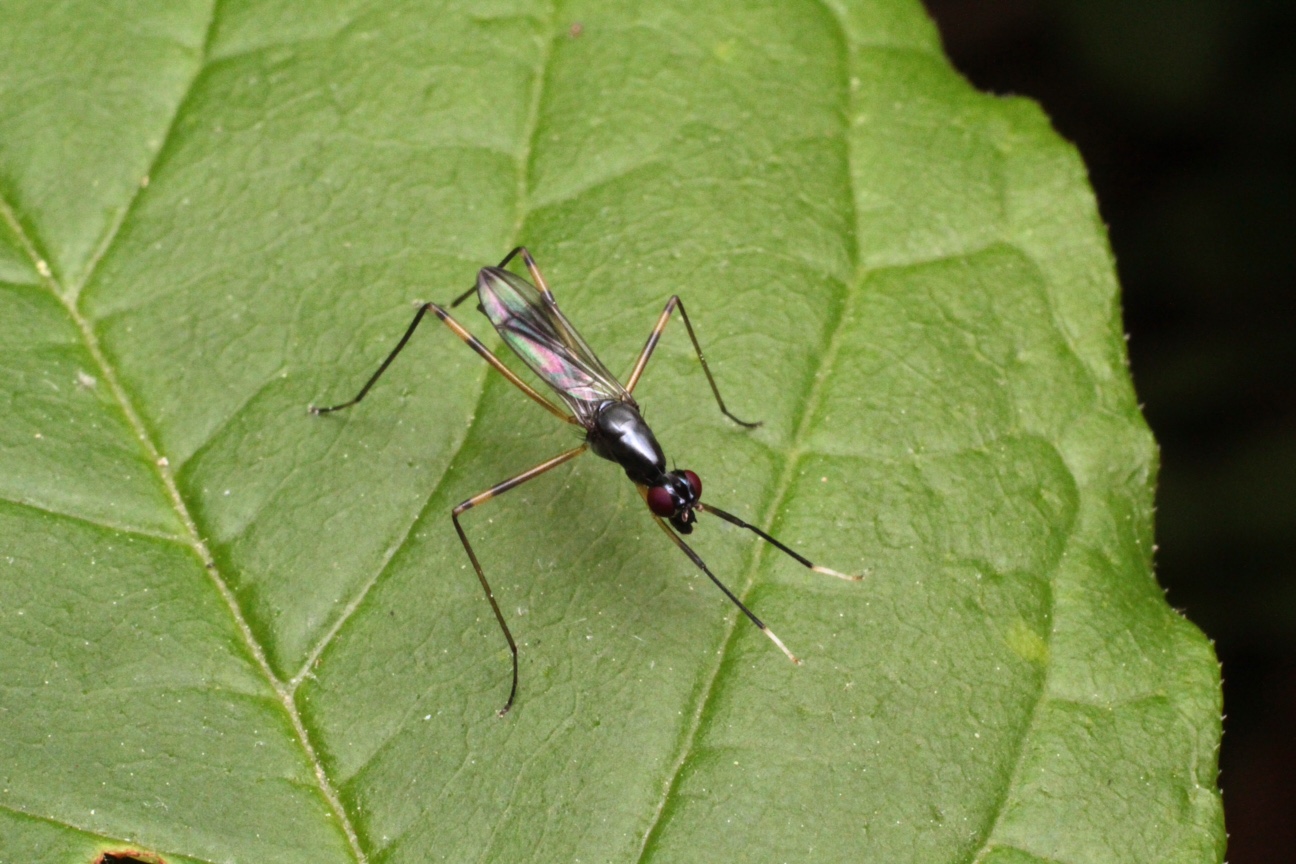 In point of fact, this fly was a female (I could tell from other pictures), and both males and females spend a lot of time marching around waving their tiny white feet to pretend they are wasps. But sex is never far from the minds of an insect, and this female was possibly also advertising for a conjugal visit from a male. In the animal kingdom it is generally the males that have to dance and carry on for mating because females choose their males and males must vie to be chosen. This makes sense because usually it is the females that bear the higher reproductive costs. But in some animals the costs are more balanced or even reversed. In stilt legged flies both sexes have high reproductive costs, and so here we have a female who might be trying to get the attention of any passing males. This is all explained in the following short video about a tropical species of stilt legged fly, and the readers can sort out from this why mating is costly for males (it is kind of gross). I do recommend that people watch this video. Although it does suffer a bit from video quality, it is exceptionally charming in how it patiently describes the rather unusual (and kind of funny) sex lives of these little insects.

I mentioned in my previous posting that robber flies have a special talent. It is said that the preying mantis is the only insect that can turn its head, but of course that is not true. Other insects can turn their head a little, but I learned this summer that robber flies can turn their heads a lot. These pictures were taken with the wrong kind of lens, but they do show a robber fly (Laphria grossa) looking forward and then up. It also looked several times over its left and right shoulders (!) but I failed to get pictures of that. Robber flies are fearsome predators with excellent vision, and so I think that their ability to swivel their heads around like this makes it even more terrifying to be an insect.

The tiny basilica spider (Mecynogea lemniscata) is about the size of a fruit fly. It builds a dome web close to the ground, and they are very common around here. The first picture shows a female and slightly smaller male. 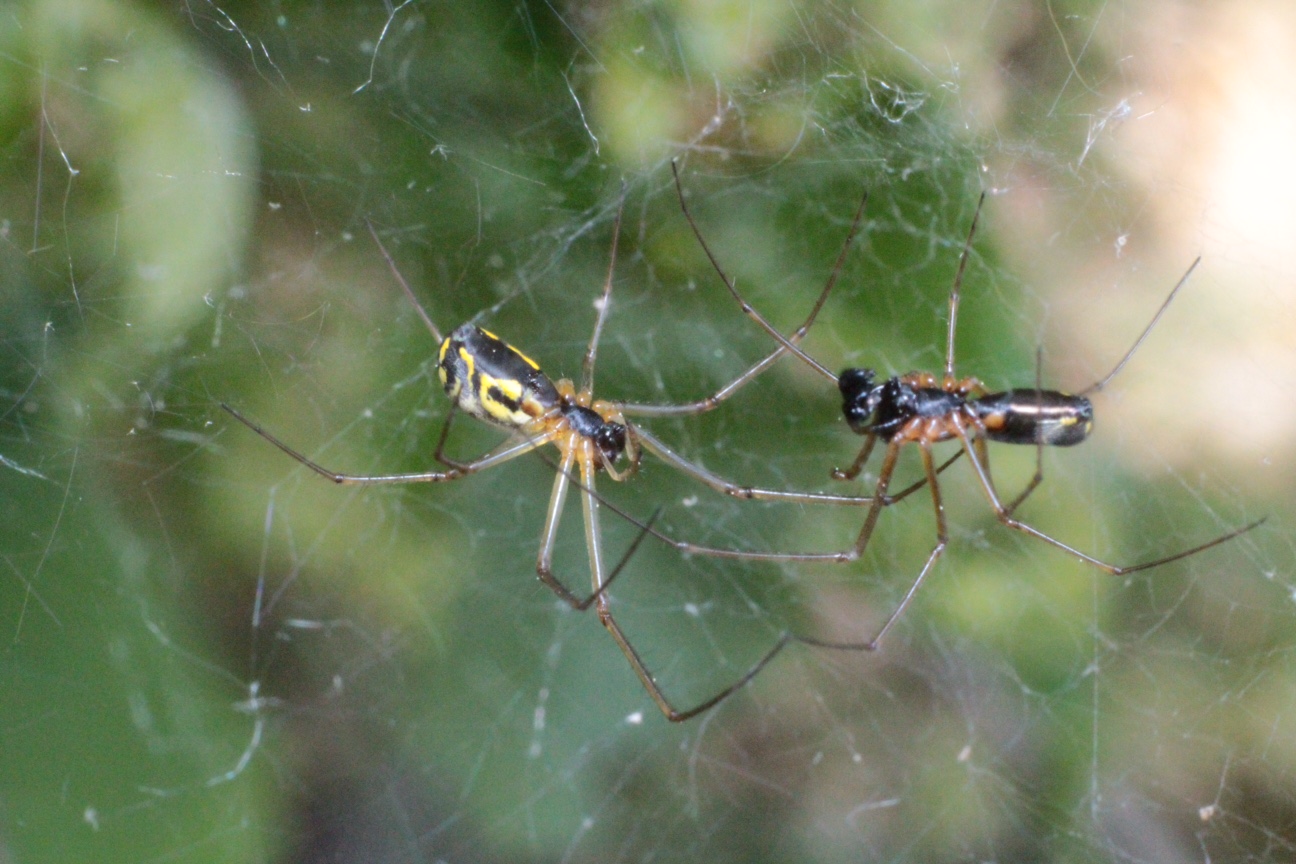 The next pictures show them mating. Male spiders store their sperm in their pedipalps, which are the swollen ‘boxing gloves’ on the head. The two loaded pedipalps are used to separately enseminate the two reproductive openings on the female, located near the base of her abomen. Here you can see the very moment when the male is first inflating the left pedipalp to pump in sperm, and then the right pedipalp is inflated to do the same.