Reader Doug sent me a link to the segment of “Face the Nation” with the note:

Did you see Face the Nation’s segment on Charleston?  A long, shockingly fulsome ode to Christianity disguised as a news talk show.  It starts at 1:50.  Of course, they don’t ask why “god” allowed this to happen.  Really disappointing.

Judge for yourself; I didn’t find it so disturbing because the discussion of religion was limited.  Here’s PBS’s summary:

Click the screenshot below to go to the 15-minute segment. There’s a very short ad at the beginning. 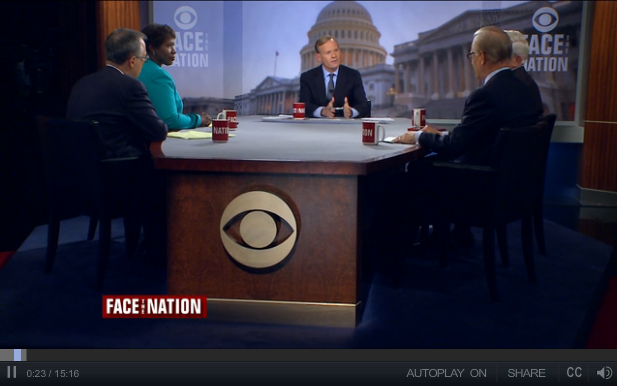 25 thoughts on “Face the Nation panders to faith”