You may know this if you’re an American, but probably not if you’re from elsewhere. Conservative Christians in the U.S. have come up with the creepy concept of “purity balls,” in which young women, dressed in white, go to venues where the daughters make pledges of “purity” (i.e., virginity until marriage) to their fathers. Everyone’s dressed to the nines for Jesus.

As Saturday’s Independent reported, the Swedish photographer David Magnusson (who probably felt like an anthropologist encountering some alien culture) visited the US four times over five months, photographing the “couples” and interviewing them, which resulted in his book Purity, published in Sept. of 2014. For some reason it didn’t do well, and has only 3 customer reviews on Amazon. (The project’s site is here.)

Here’s how the balls go:

[Magnusson] told The Independent how the balls had a structure similar to traditional white weddings, with formal dinners, speeches, vows and dancing.

“To them the ceremonies were a very serious thing but they still seemed to have a lot of fun,” he added.

“The youngest girls I saw were one and four but they weren’t expected to make any promises about their sexuality. It was more about the fathers.”

The average age of girls Magnusson saw was around 12 or 13, the start of puberty.

One would think that a Swede, from a country of unbridled and rapacious fornication, would find these balls bizarre (as I do), but Magnusson seems to have come away with some respect for the ceremony.

“I wanted to take a series of portraits that were so beautiful that the girls and their fathers could be proud of them but that may provoke a completely different reaction from people viewing them,” he told The Independent.

Magnusson said he was “fascinated” about the marital symbolism of the clothing, vows and balls.

He was initially shocked by the movement but after meeting the families, he said it appeared not to be just about sex, but about father-daughter relationships.

He added: “The balls were founded in conservative, Christian circles where fathers might be the breadwinners and they have very traditional family roles.

“Kids might not see their fathers that much….fathers felt there was some kind of need to be more present in the lives of their daughters and be an example of the kind of husband they are looking for.”

. . . He said: “To me, Purity is a project about trying to understand how we are shaped by the society we grow up in and how we interpret the world through the values we incorporate as our own.”

Yes, well, that last sentence is simply trite, and you could apply it to any belief system, religion, or ritual that inculcates children with their parents’ values. I’m not opposed to some father-daughter bonding, but why the fathers and not the mothers? And why is this all about virginity?

Magnusson’s work has won several prizes, but to me the prizeworthiness falls in the same category as the photographs of Diane Arbus. Here are some of Magnusson’s: 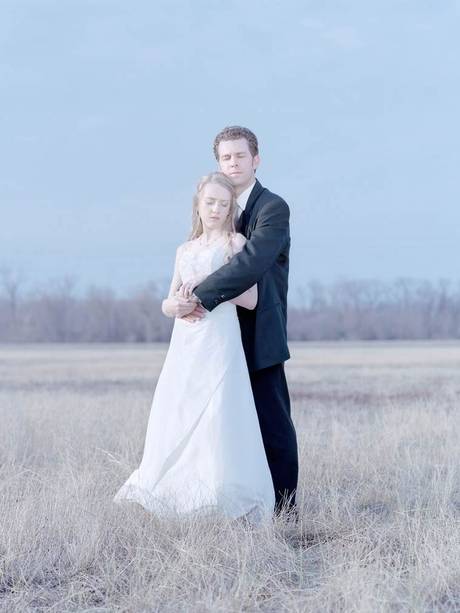 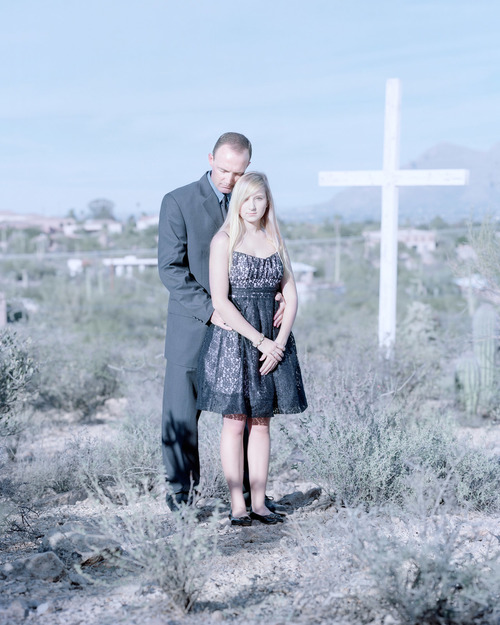 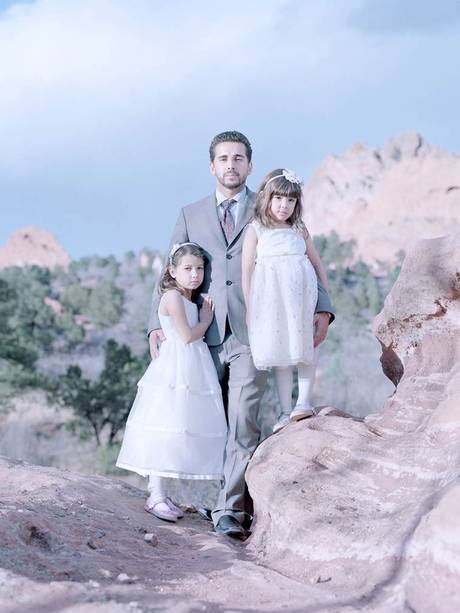 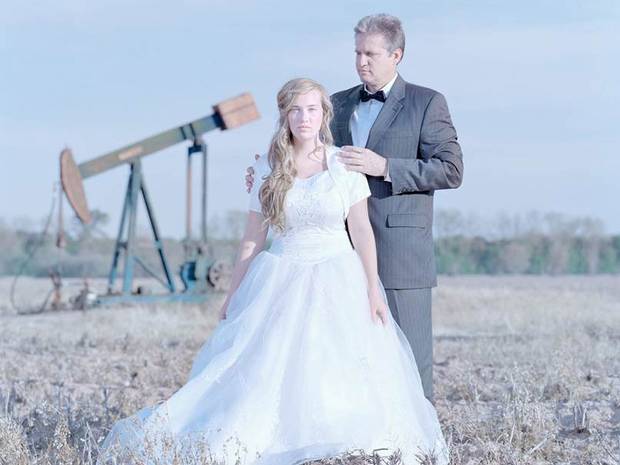 If Freud were alive, he’d have a field day with this. The sad part is that we know these vows of purity don’t work: the half-life of those hymens is no longer than that of more licentious teenagers. And the pregnancy rate of the “pure” girls is higher. As the Washington Post reported in 2008:

Teenagers who pledge to remain virgins until marriage are just as likely to have premarital sex as those who do not promise abstinence and are significantly less likely to use condoms and other forms of birth control when they do, according to a study released today.

The new analysis of data from a large federal survey found that more than half of youths became sexually active before marriage regardless of whether they had taken a “virginity pledge,” but that the percentage who took precautions against pregnancy or sexually transmitted diseases was 10 points lower for pledgers than for non-pledgers.

“Taking a pledge doesn’t seem to make any difference at all in any sexual behavior,” said Janet E. Rosenbaum of the Johns Hopkins Bloomberg School of Public Health, whose report appears in the January issue of the journal Pediatrics. “But it does seem to make a difference in condom use and other forms of birth control that is quite striking.”

Here’s a video of testimony from “purity girls”: