This piece, from nerdist. com, describes one of the more amazing cases of mimicry I’ve seen. Look at the picture below, and see what you think it is: 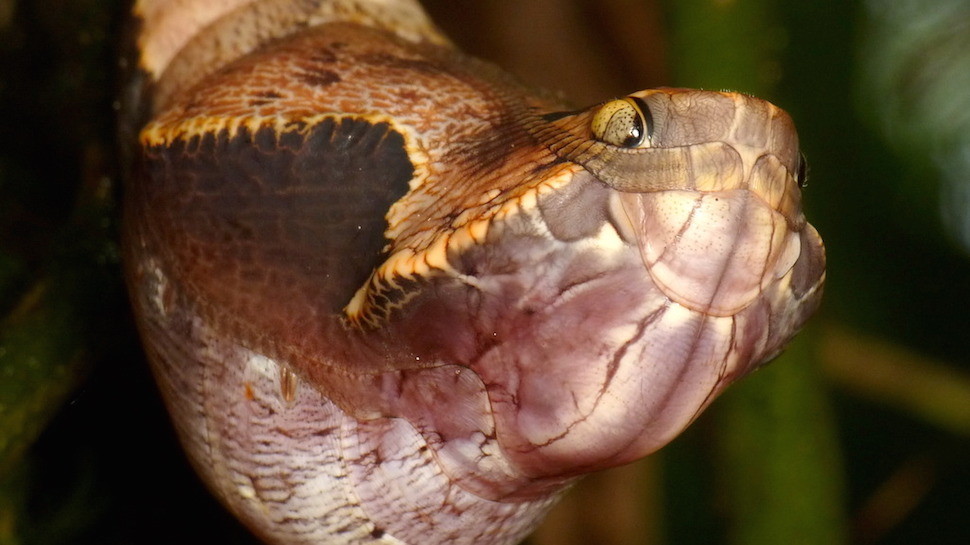 It’s not a snake, despite the very snake-y appearance of the thing. It has eyes (fake), the eyes even have a “glint” in them (fake), it has a fake mouth, and even fake “scales”.

It’s from Trinidad, and it’s one of the life stages of a lepidopteran. In fact, it’s the pupal case of the Daring-Owl butterfly Dynastor darius darius, a subspecies from Trinidad (the species D. darius is found in Central and South America).

Here’s a picture of an adult of another subspecies, D. darius stygianus: 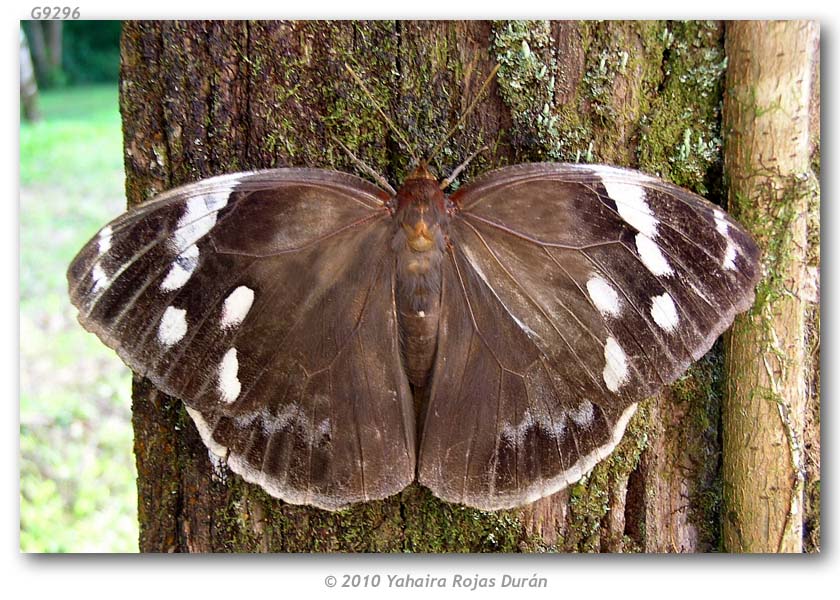 And the caterpillar of D. darius darius, which is weird looking but not nearly as weird as the pupa: 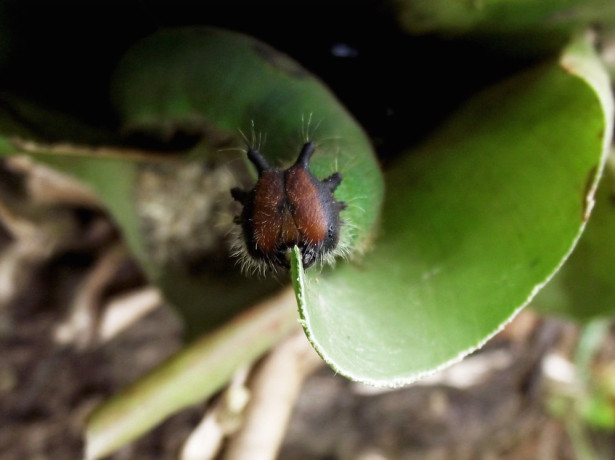 It’s when this caterpillar becomes a pupa that it turns into a snake mimic, and the mimicry, as you can see above, is amazing. Here are a few more photos: 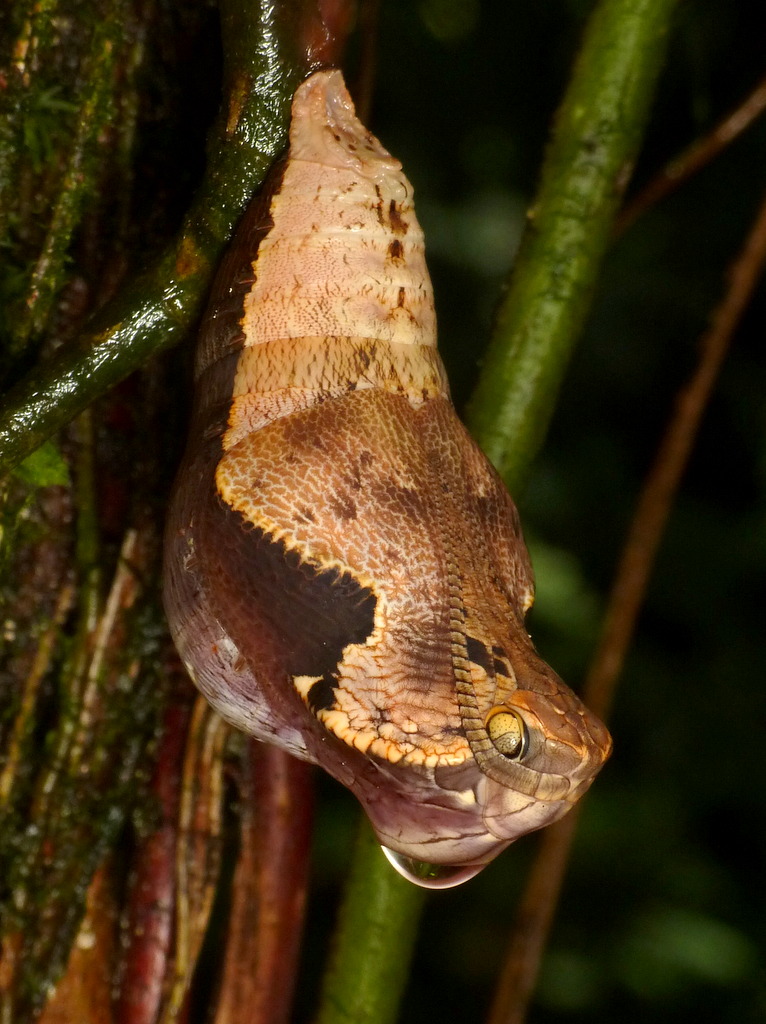 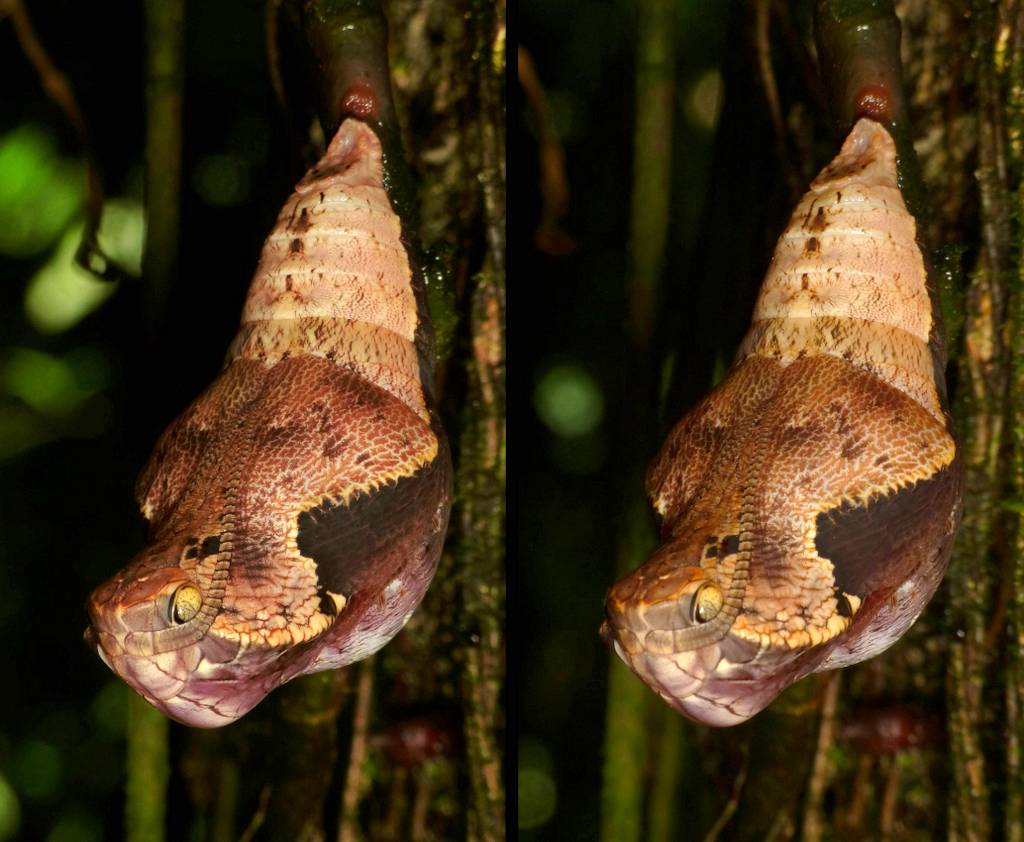 This is what the predator would see. Look at those eyes! 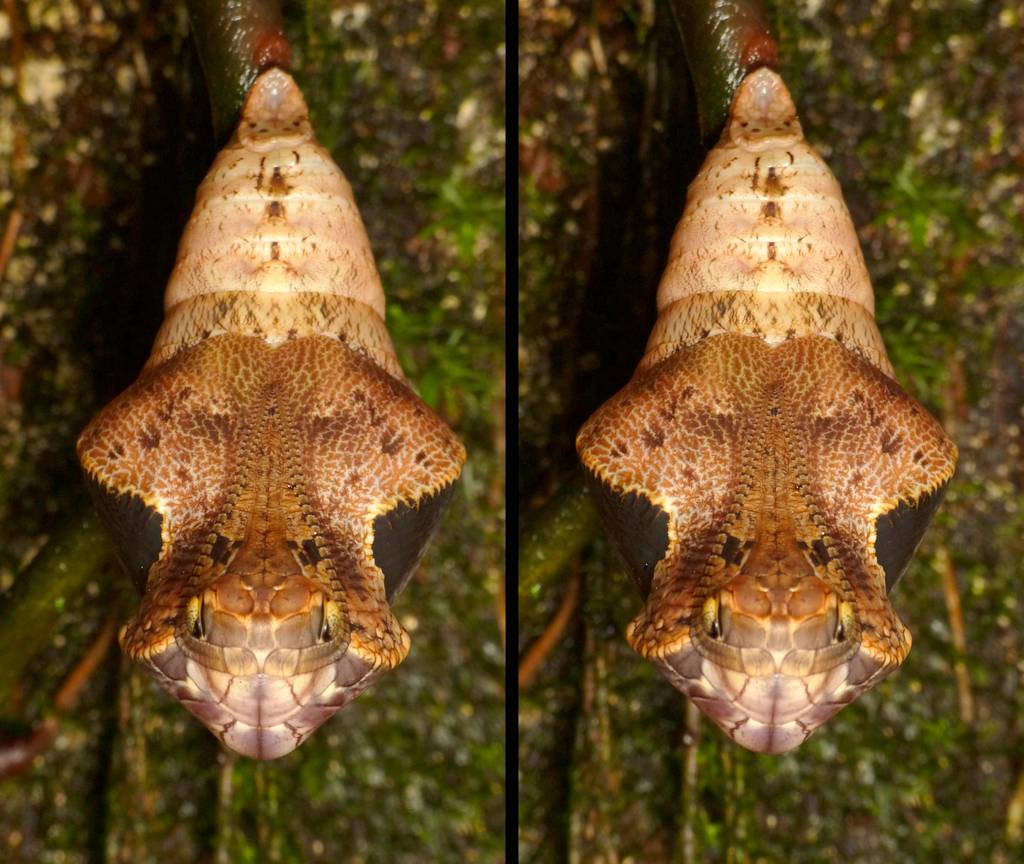 Now remember that the pupa is stuck in one place, which raises the question of why it mimics a snake. After all, a potential predator (likely a bird) inspecting the pupa might discover that it can’t move, and then nom it. But, as the article notes, the selective advantage of mimicking a snake doesn’t require movement or the ability to escape a predator once you’ve been spotted. The predator, seeing what looks like a snake, could simply flee without closer inspection.

But there’s more, for the pupa apparently can move—violently—when disturbed. A 1978 paper in Psyche by Annette Aiello and Bob Silberglied reports this in a few tantalizing words:

I’d really like more information on how a pupa can “wave violently back and forth”, how it detects the predator, and what the movement is like. I believe the authors’ claim, for I knew both of them at Harvard, and they were scrupulous researchers (tragically, Bob was one of the victims of the 1980 crash of an Air Florida plane in Washington, D. C.). A mimetic and moving pupa like this is a remarkable product of natural selection.
There’s one more issue: the nerdist article notes this:

For 13 days, D. darius destroys and reforms itself inside what looks like the head of a Gaboon pit viper (though the snakes aren’t native to Trinidad).

And indeed, it does look like a Gaboon pit viper (Bitis gabonica): 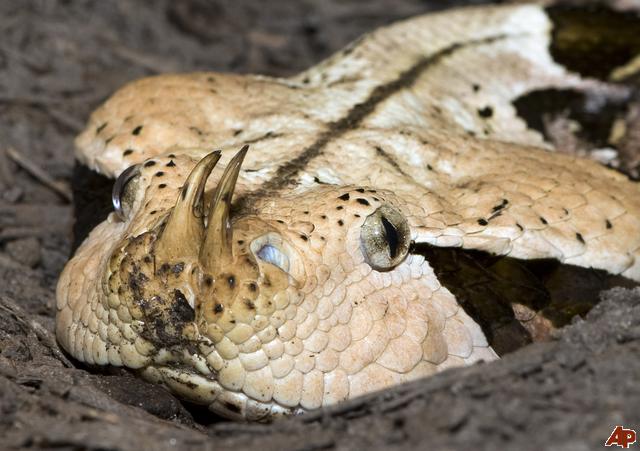 The problem is that this snake is found only in west central Africa, and it’s unlikely that the pupa, found in the Americas, is mimicking it. For such mimicy to work, a potential predator must have had some kind of experience (either direct or through genes inherited from its ancestors) with the viper, which can’t be true in this case. The prediction, then, is that there must be some venomous snake in the range of D. darius that looks like the pupa, endowing a selective advantage to mimicry.  I’m not a herpetologist, but I know some of you out there will be able to pinpoint the potential “model.”
________________
Credits: Pictures of Dynastor darius pupae from Andreas Kay; that of the Dyanstor daruis caterpillar from deviantArt//LuciRamms

41 thoughts on “Pupa in Trinidad mimics snake (and moves!)”