Keep those pictures coming in, folks. The tank is half full, but I like a comfortable backlog. (Don’t forget to send Latin binomials!)

Reader Mal Morrison sent some photos from his constitutional:

A couple of pictures from my morning walk on Dartmoor (Devon). The butterfly is a Small Copper (Lycaena phlaeas). 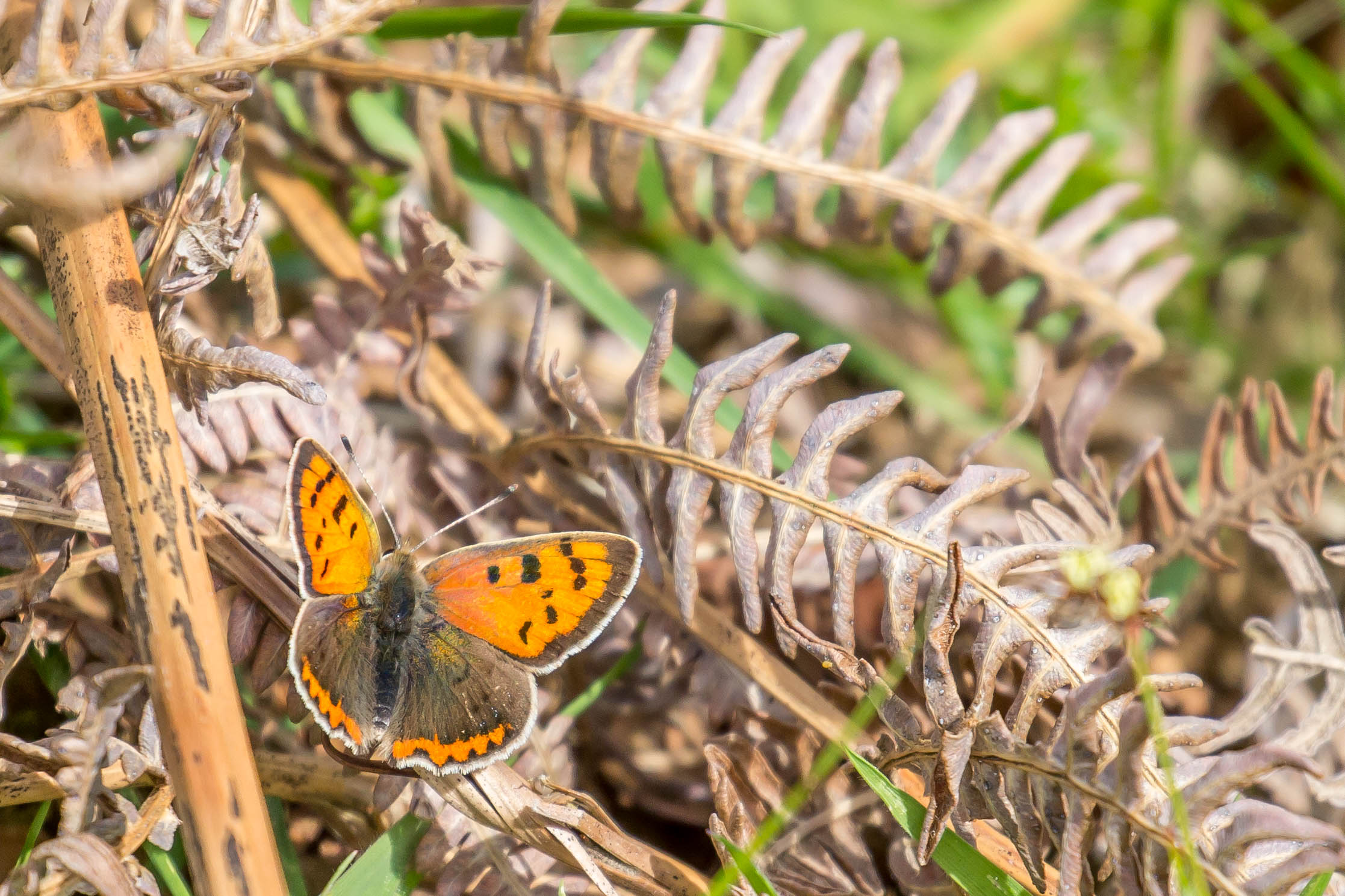 The bird is a Yellowhammer (Emberiza citrinella). 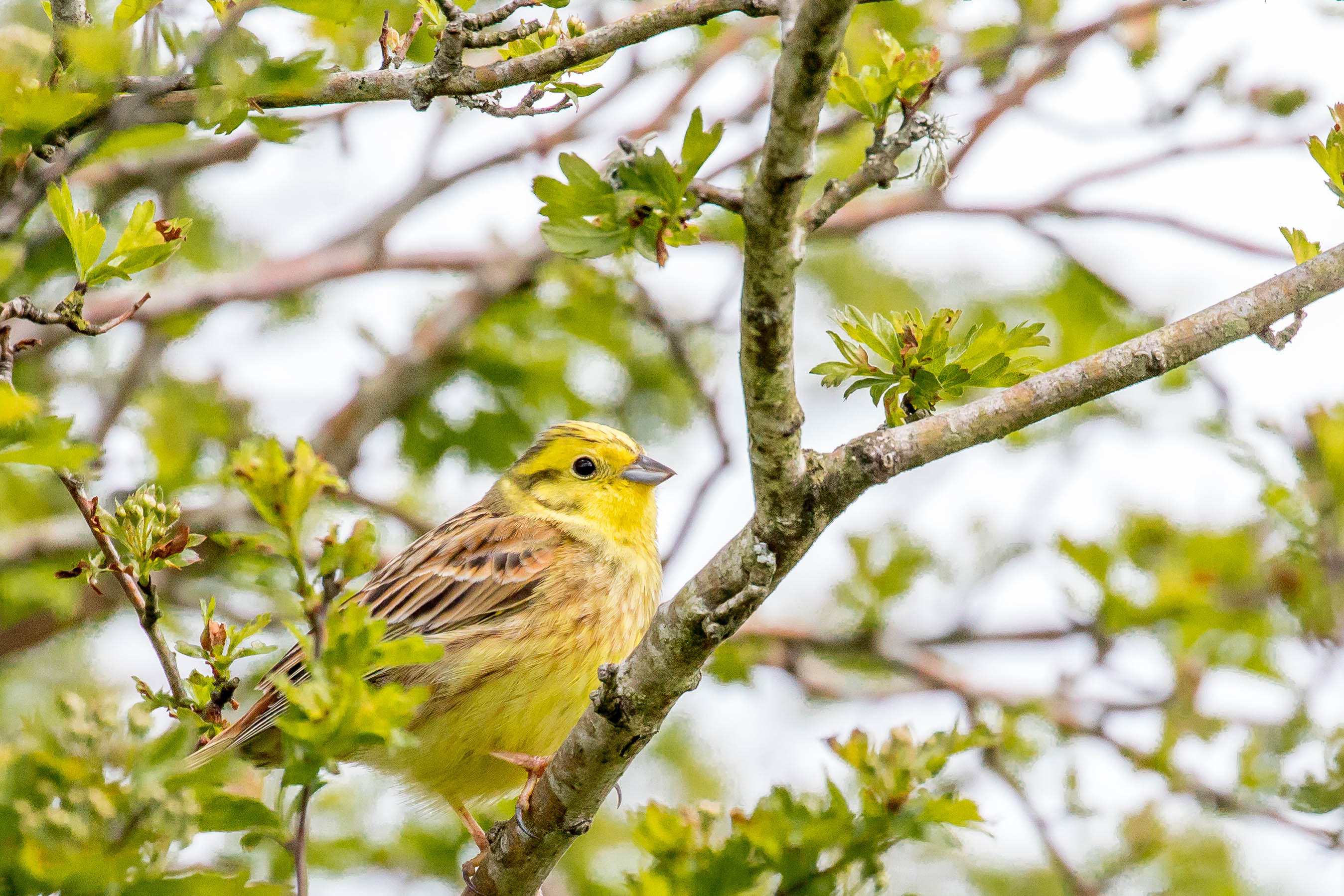 And. . . it’s geese and swan day! Reader Joe Dickinson sent photos of both:

Walking the wetlands around Novato, CA on Sunday one week after Mothers’ day, motherhood was abundantly on display.  Particularly striking were some Mute Swans (Cygnus olor, an introduced species from Europe) and Canada Geese (Branta canadensis).  Of course, with swans and geese it’s hard to tell moms from dads since both parents stick around and there is little if any sexual dimorphism, as can be seen in the second photo of each pair. 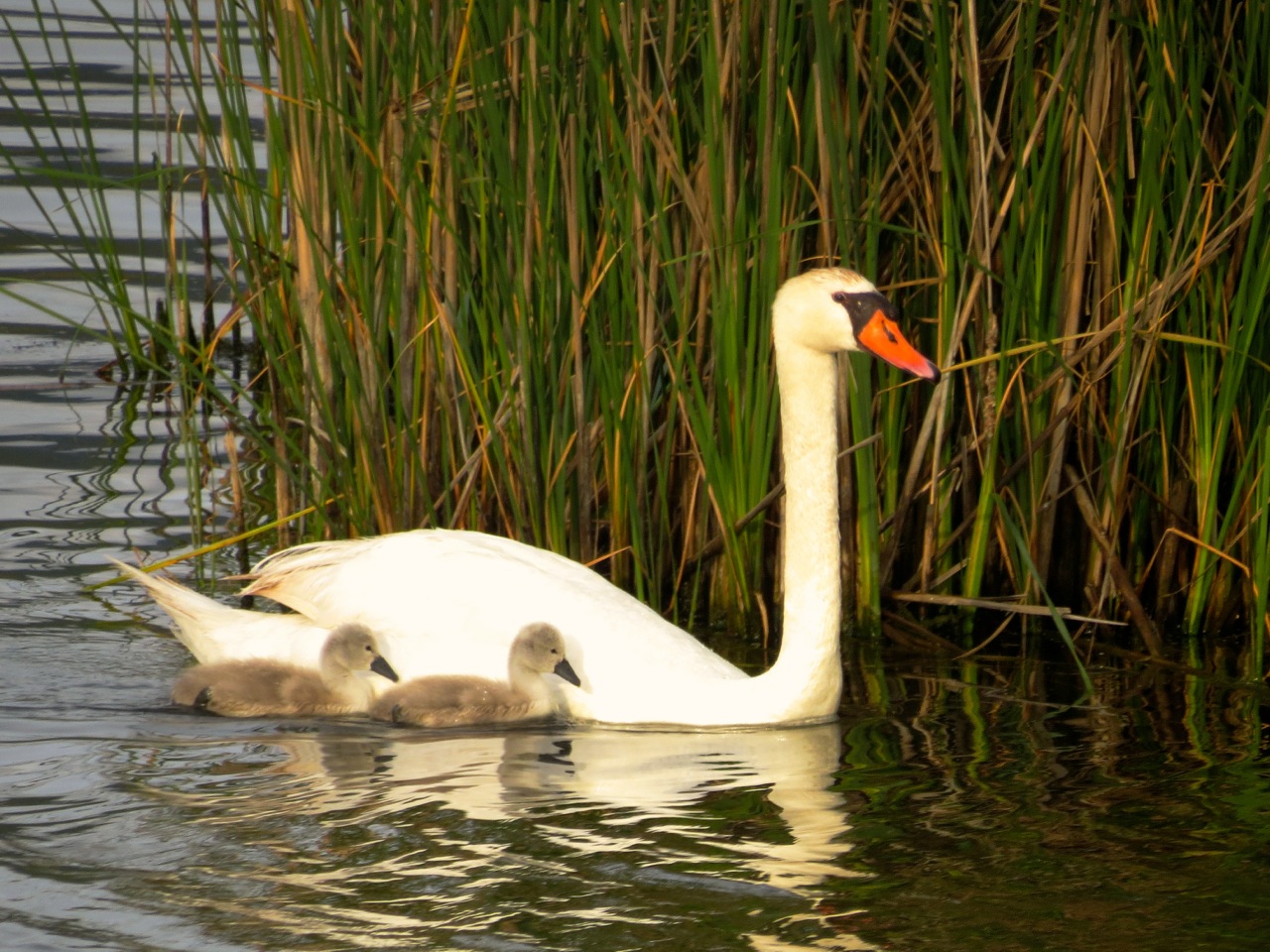 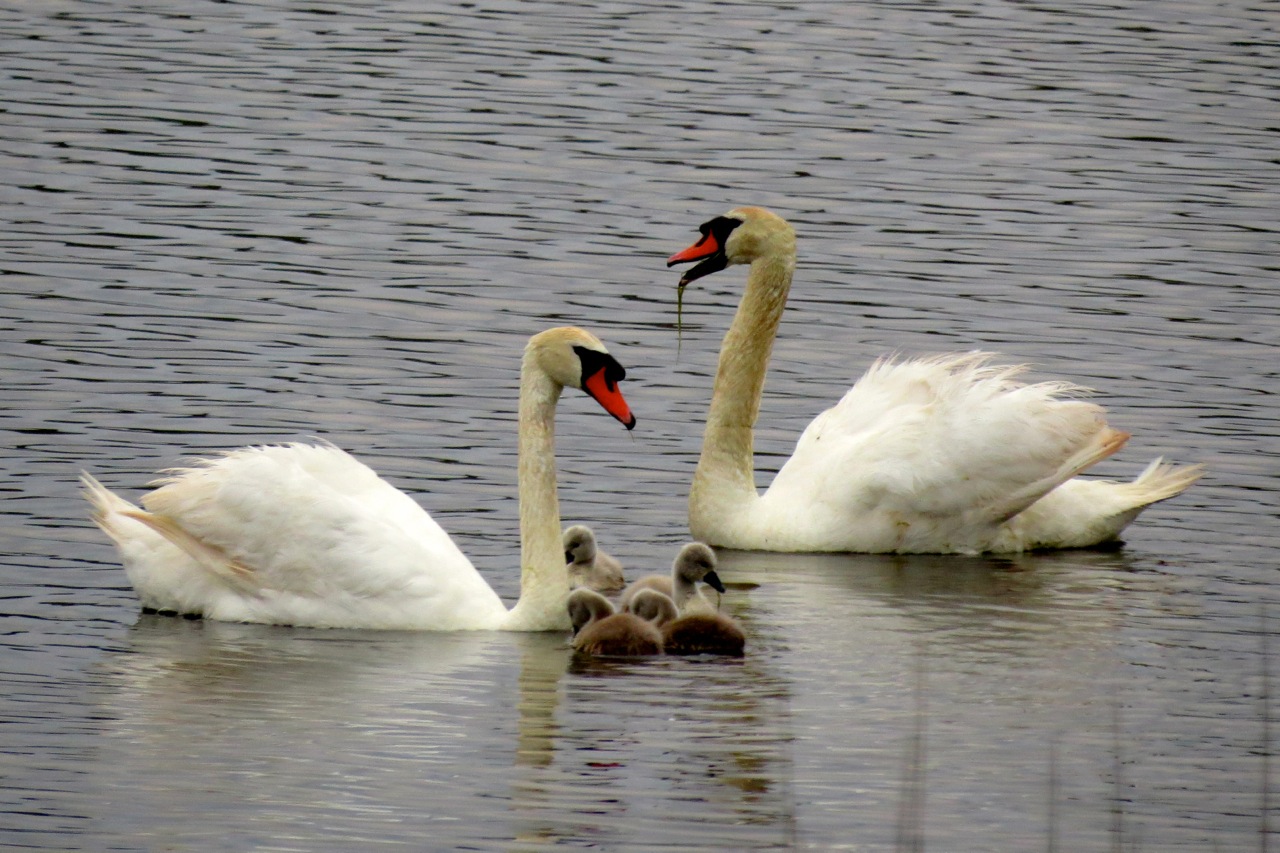 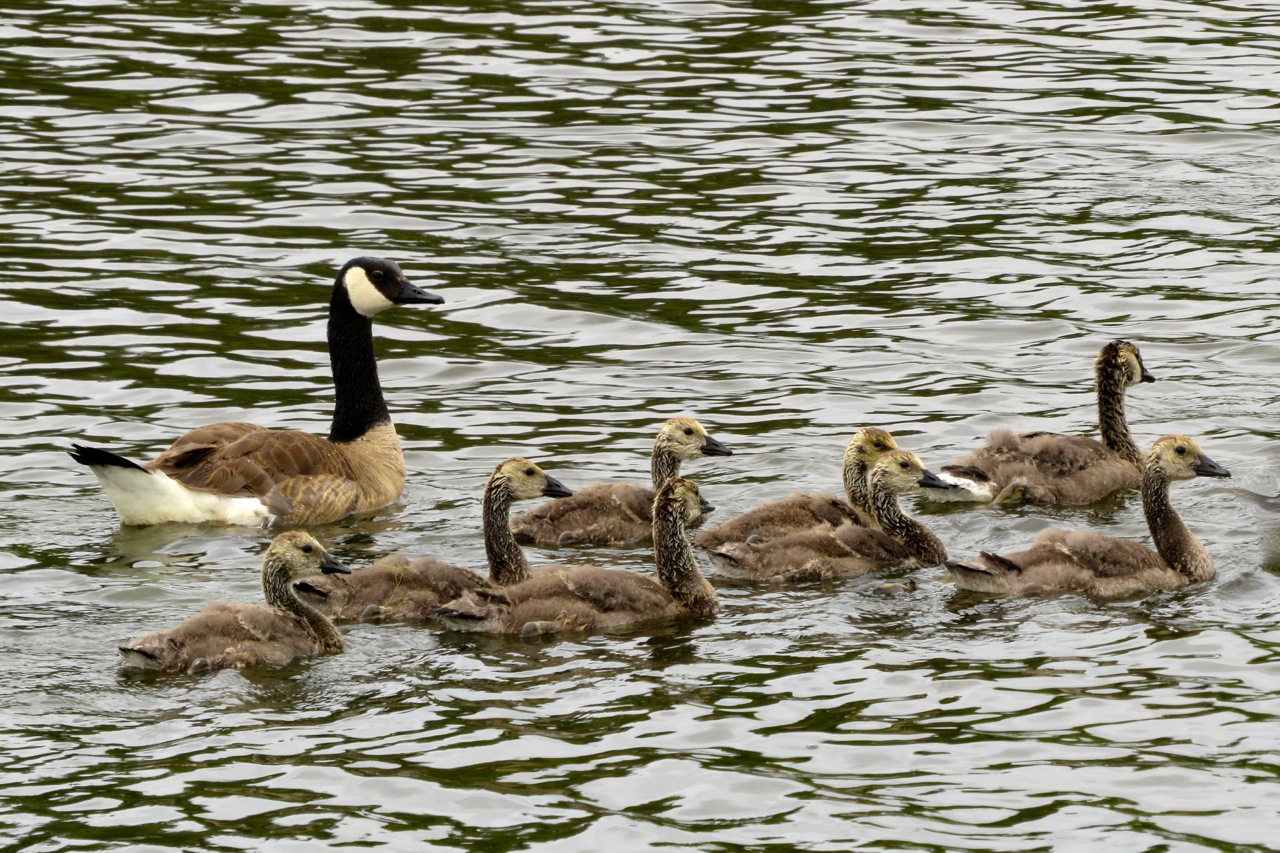 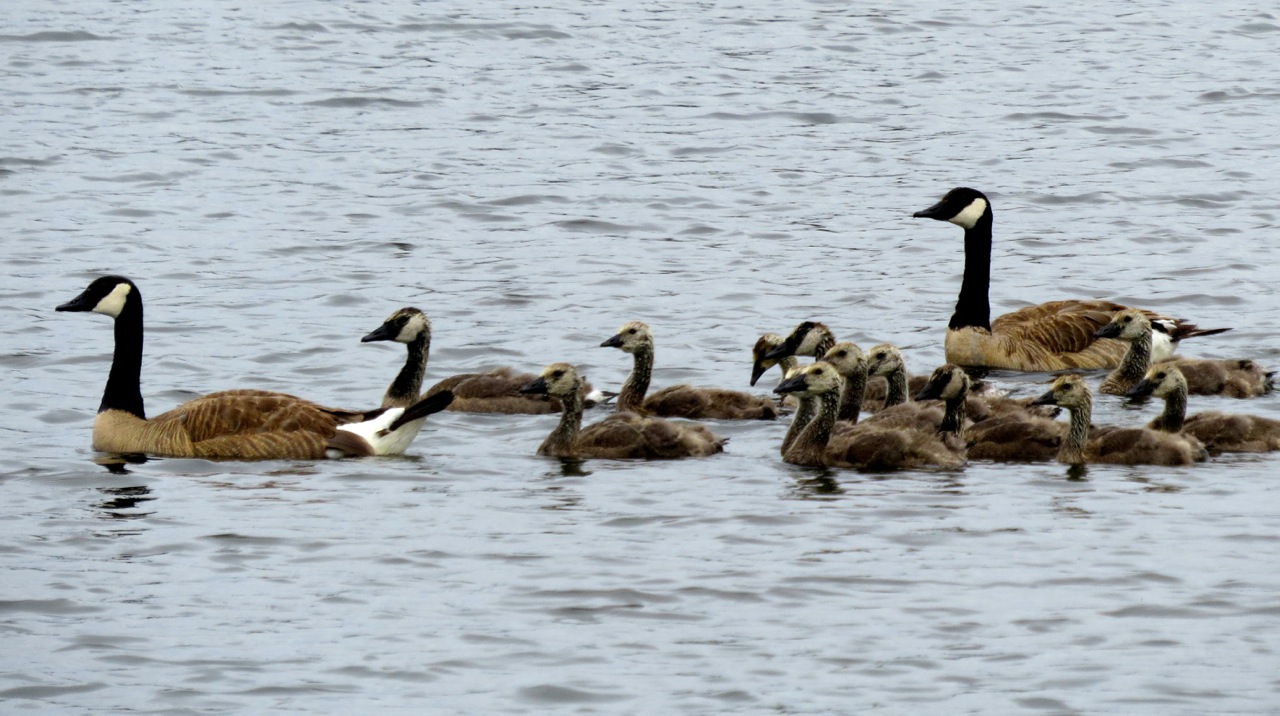 And we have swans from across the Pond, courtesy of reader Chris Griffiths:

I’m currently taking a break from work to write a novel (my first), and try to take a walk every day to get out the house, ensure I get some exercise and fresh air, and for thinking time.

There are several different routes I take around my home town of Lewes in the country of East Sussex, but I’ve been spending more time on one particular walk that takes me upstream of the river Ouse, as I spotted a large swan nest a few weeks ago with one of the adults (maybe the same one, not sure if they share duties) always on the nest. A Google search suggested the young ‘uns were born between May and July, so I’ve been keen to check if they’d appeared yet. I’ve to take my little compact Panasonic with me just in case (8x optical zoom only, 16 mega pixels).

I’ve not been down that way for a week, but today as I approached from the other side of the river, I noticed both adults preening themselves by the side of the nest, then noticed a little bundle of grey fluff move next to them in the grass. Then another, two cygnets as showing in photo No. 1. 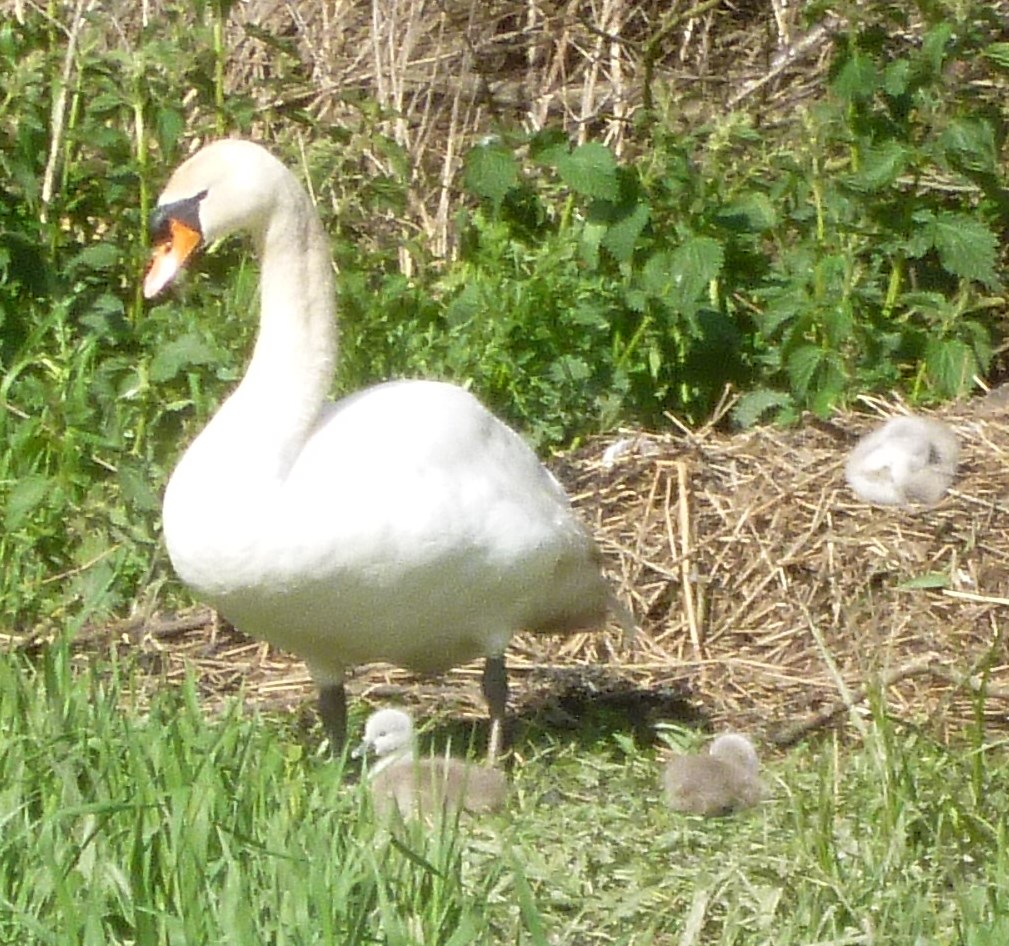 Walked down the river another mile or so, then as I was coming back noticed a swan flying towards me, in the same place that I’d seen one being chased away couple of weeks ago, managed to get my camera out in time and captured photos 2 and 3. 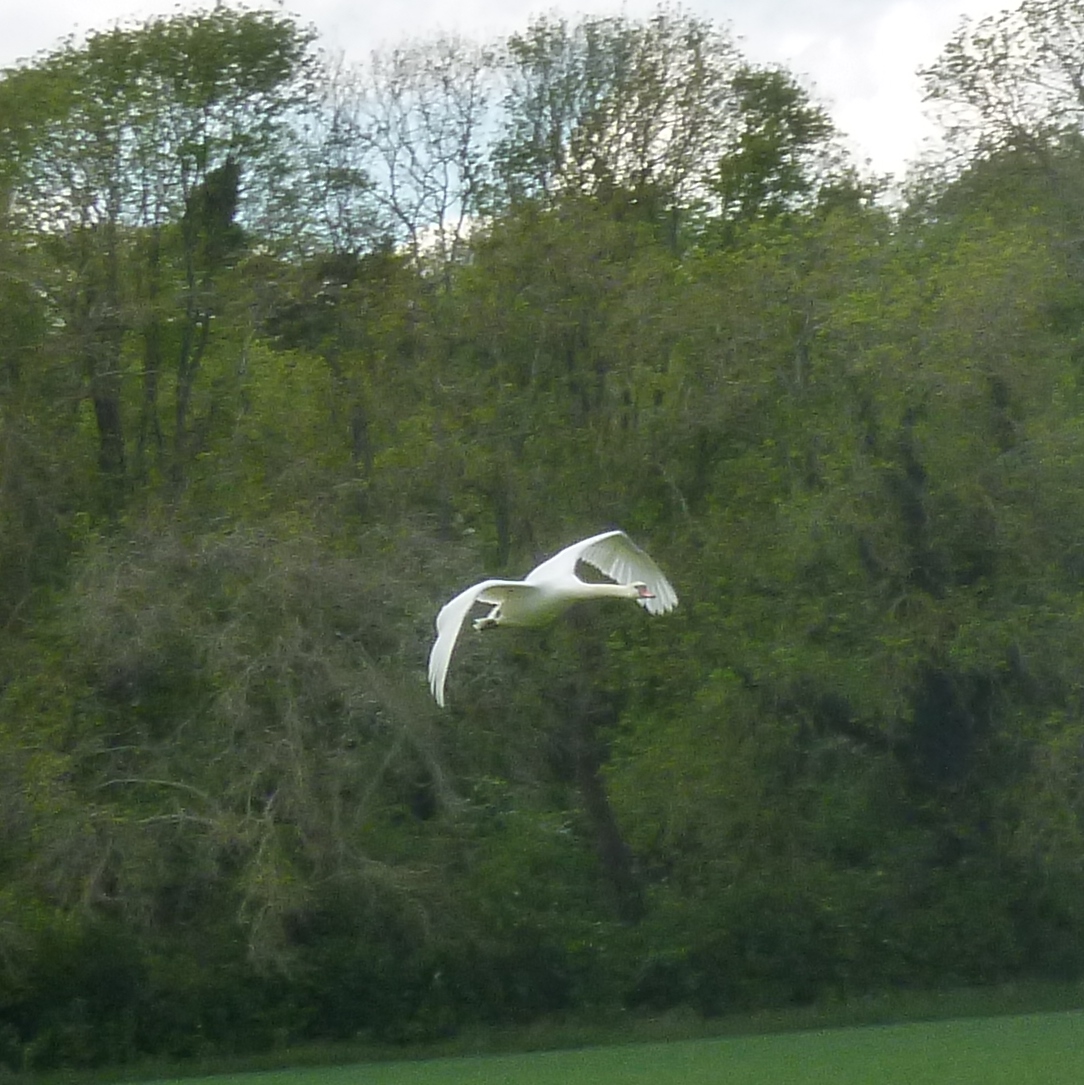 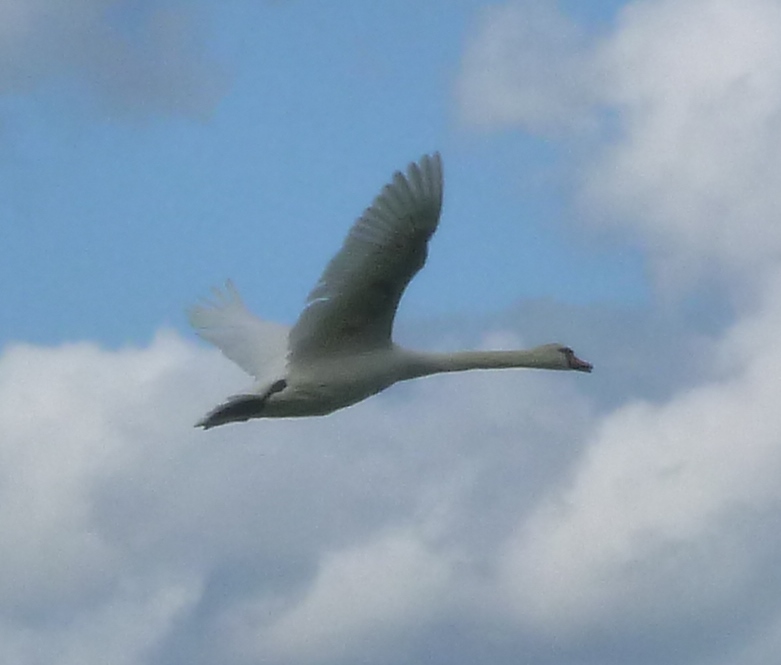 Then a hundred yards down the river, I saw a swan in the water (photo 4) which I assume had been the one that chased the other away – wondered if it was one of the parents of the young uns at the nest. But no – once I got back to the nest, both adults were in the water. I thought the cygnets may be on their backs, but they were in the water too … and there are three of them (photo number 5).  I took tons more on full zoom, these are the best I captured, unfortunately. I sat and watched them for some time: really beautiful to see. 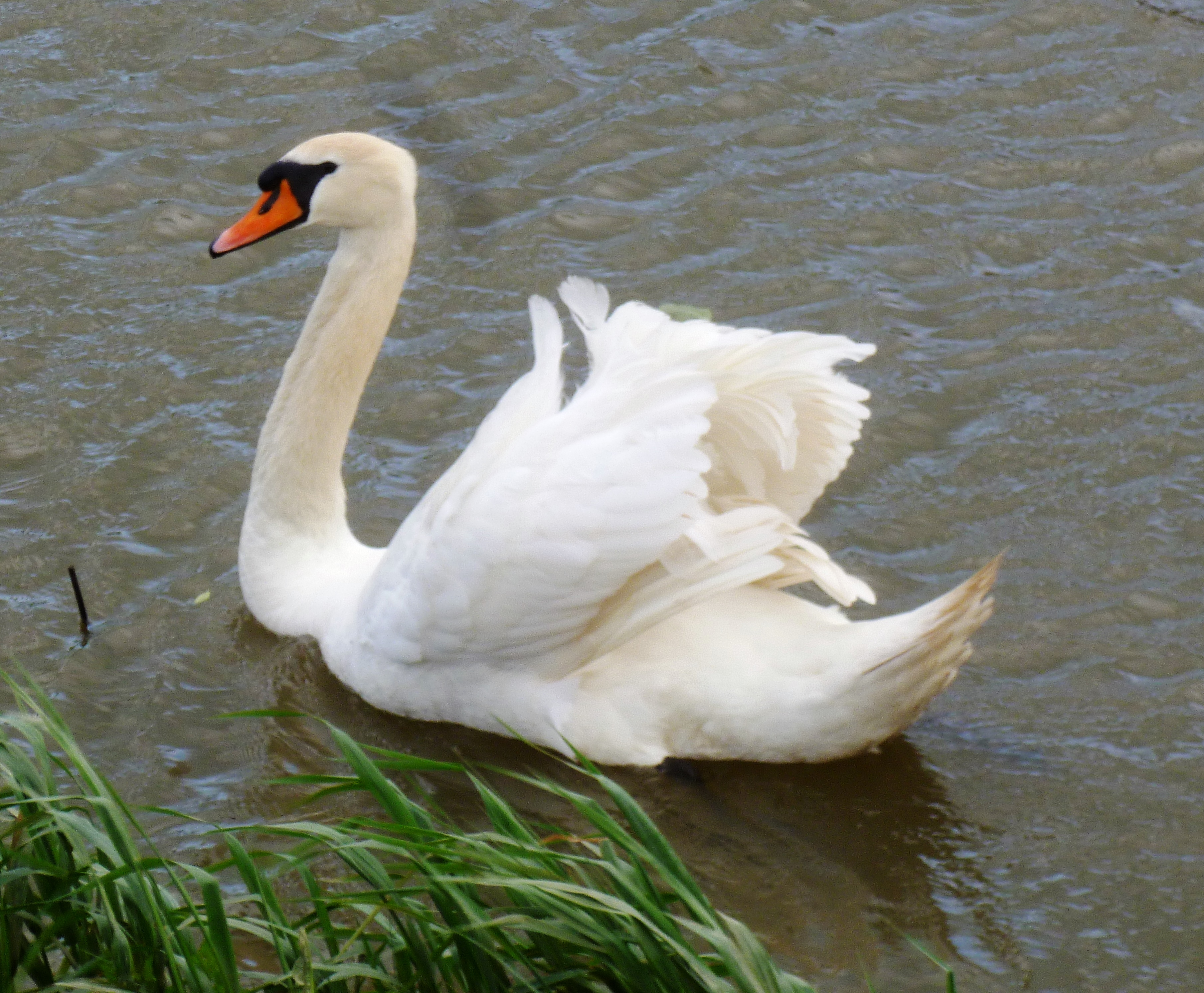 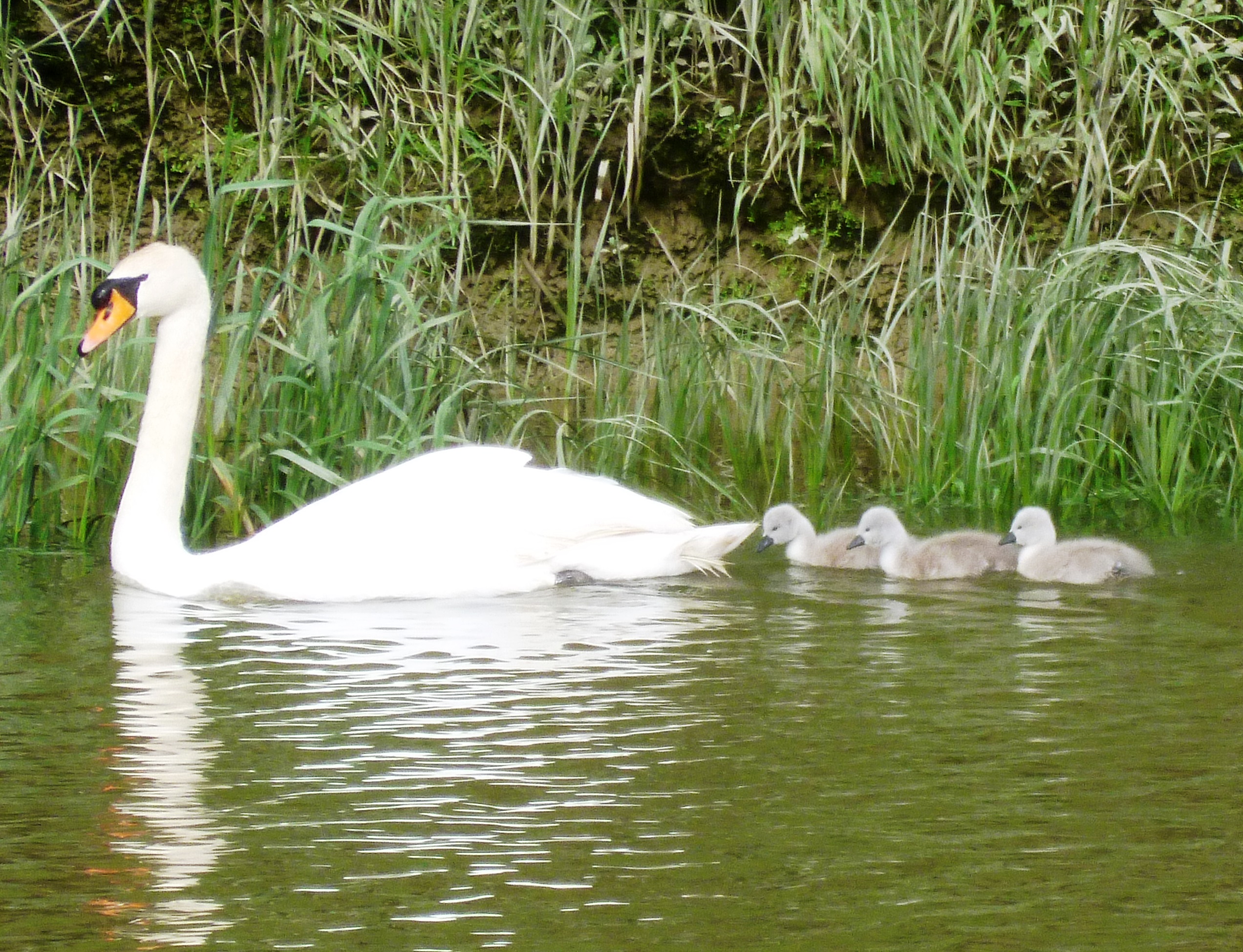 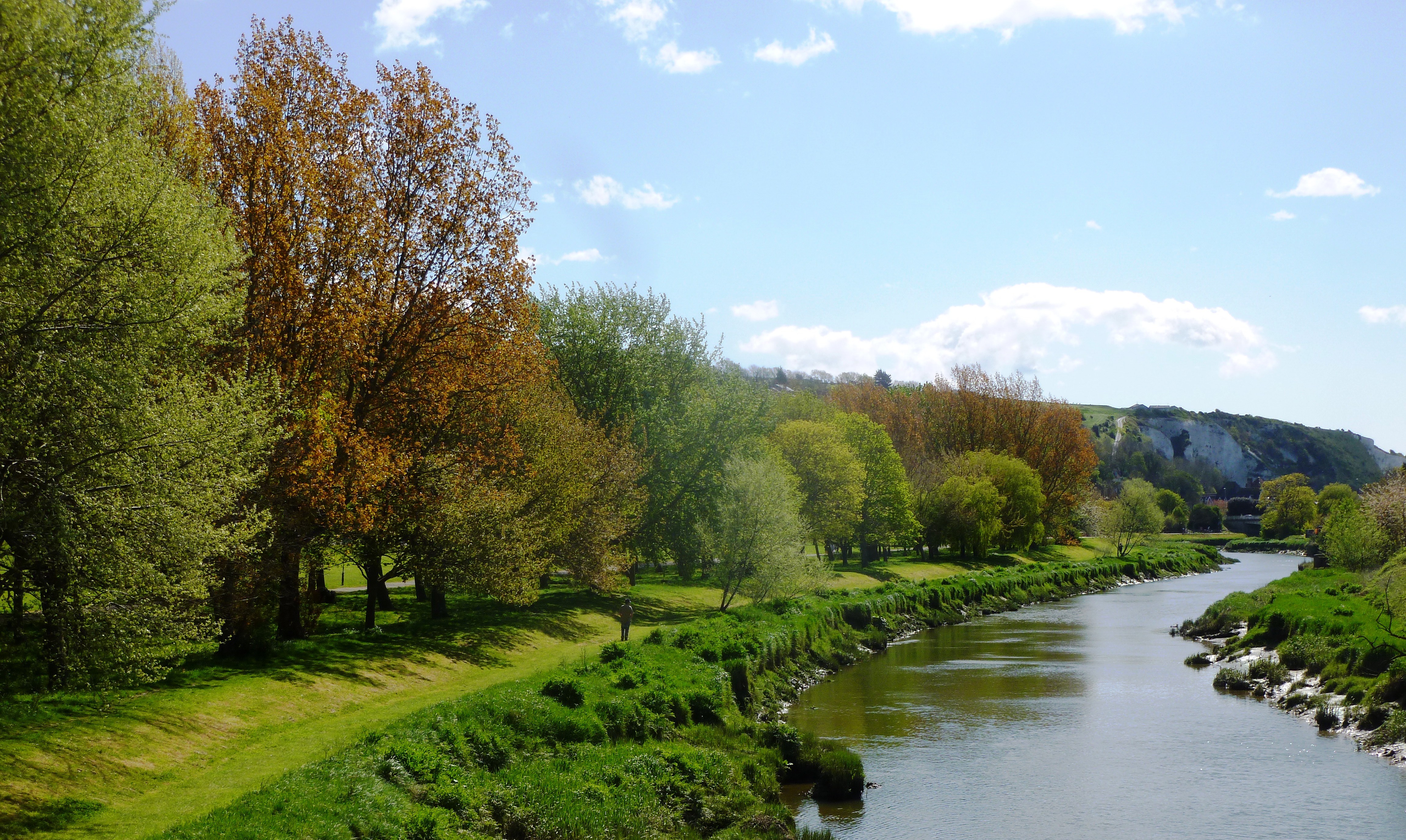