First off are a northern harrier (Circus cyaneus) and a great blue heron (Ardea herodias) from Stephen Barnard of Idaho (I lost the email, so correct me if the IDs are wrong): 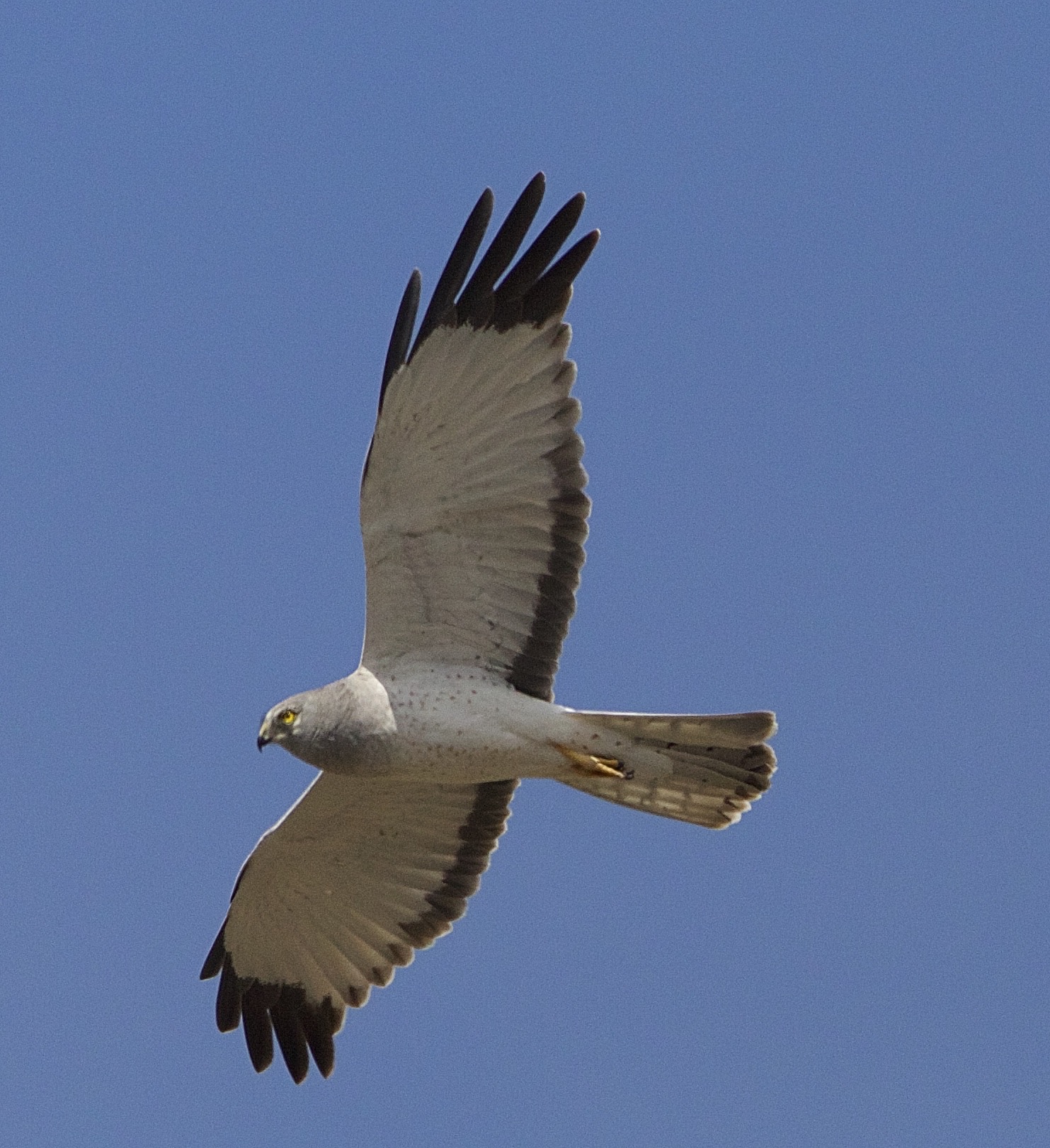 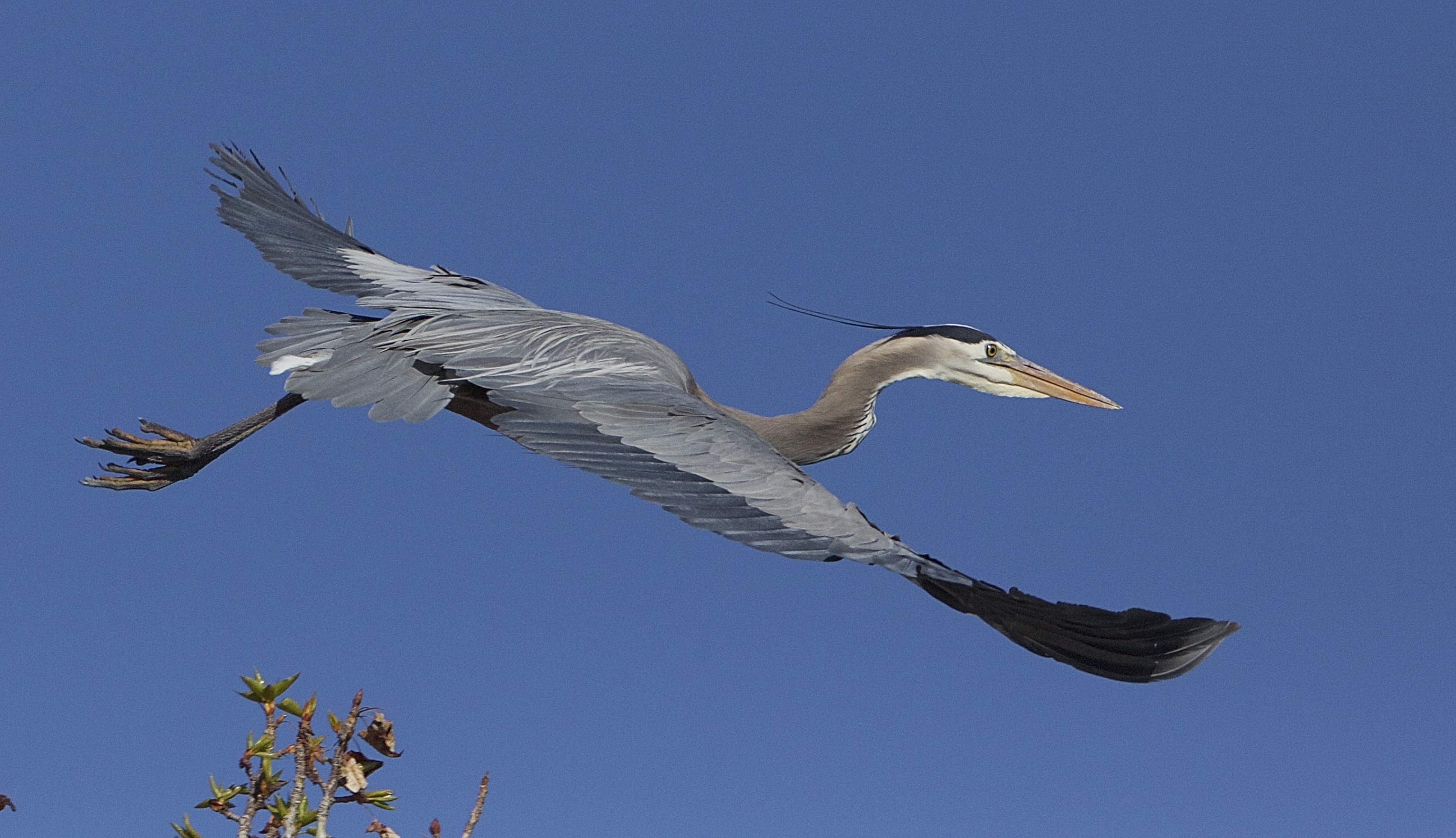 Reader Ed Kroc from the Vancouver area sent a picture-story of nature red in tooth, claw, and beak:

I thought I’d send along a series of photos from a recent episode I witnessed between a young Glaucous-winged Gull (Larus glaucescens) and her reluctant meal. It was an interesting opportunity to watch a young gull grow up a little.

The first photo shows the gull trying to pick at some inedible scrap of a more successful predator’s lunch. I watched her poke and prod this item for several minutes. She dragged it through the surf and tried to bite it, making pitiful, begging mew sounds the whole time. This gull is about nine and a half months old and can catch some of her own food, but she is still partially dependent on her parents for survival. 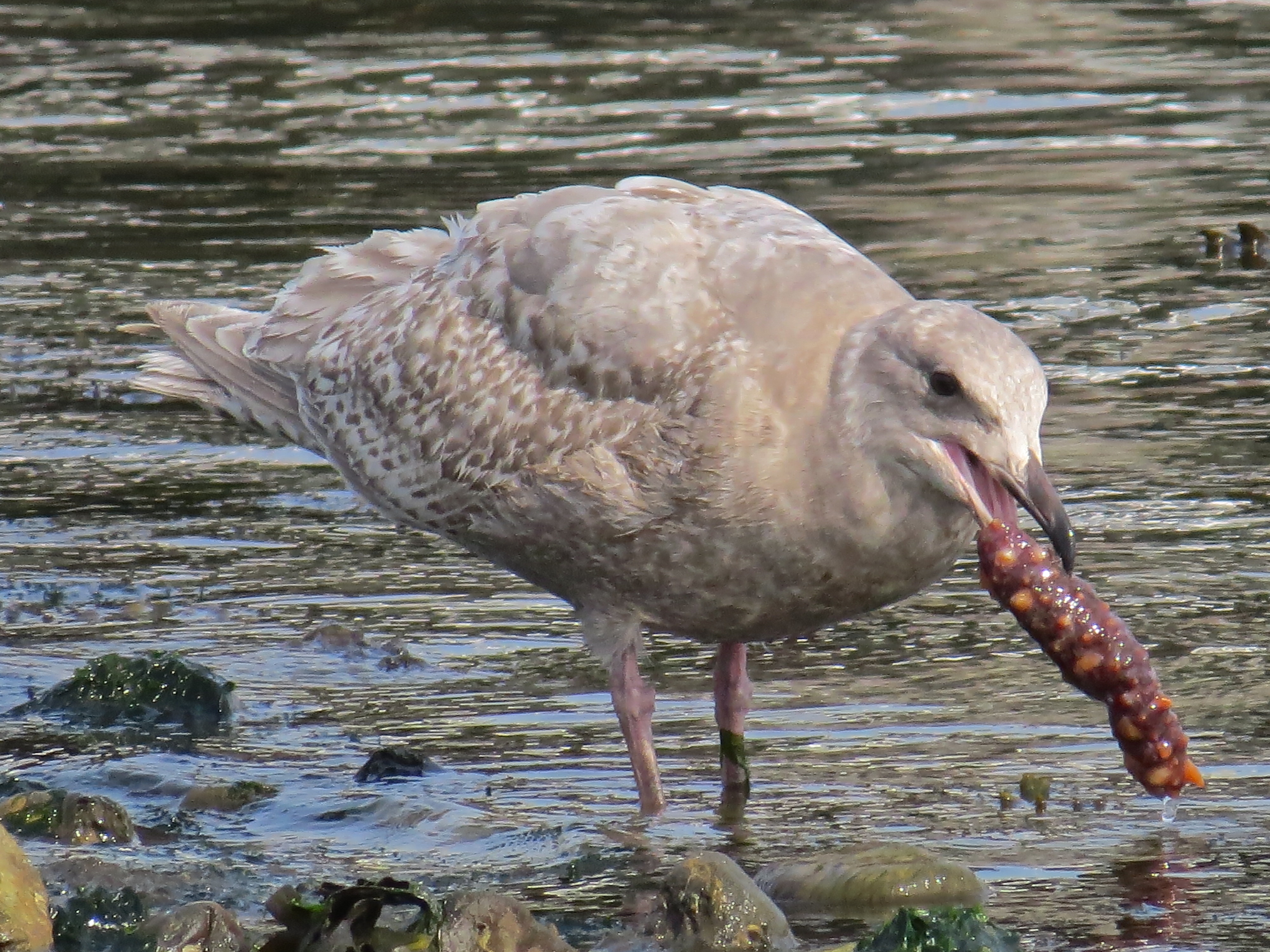 Unbeknownst to me at the time, her dad (I’m inferring that relation) was nearby in the water, paddling around the dock looking for food. I only noticed him when he walked quickly up on shore with a fresh crab dangling from his bill, and the juvenile started running with her scrap straight toward him, mewing desperately. He jogged up to the high tide line, dropped the crab on the rocky shore, and took a few steps back to watch the juvenile. In the second photo you can see she has just reached the crab, picking it up tentatively by a kicking leg. The now discarded piece of inedible flotsam is visible just beneath the crab. 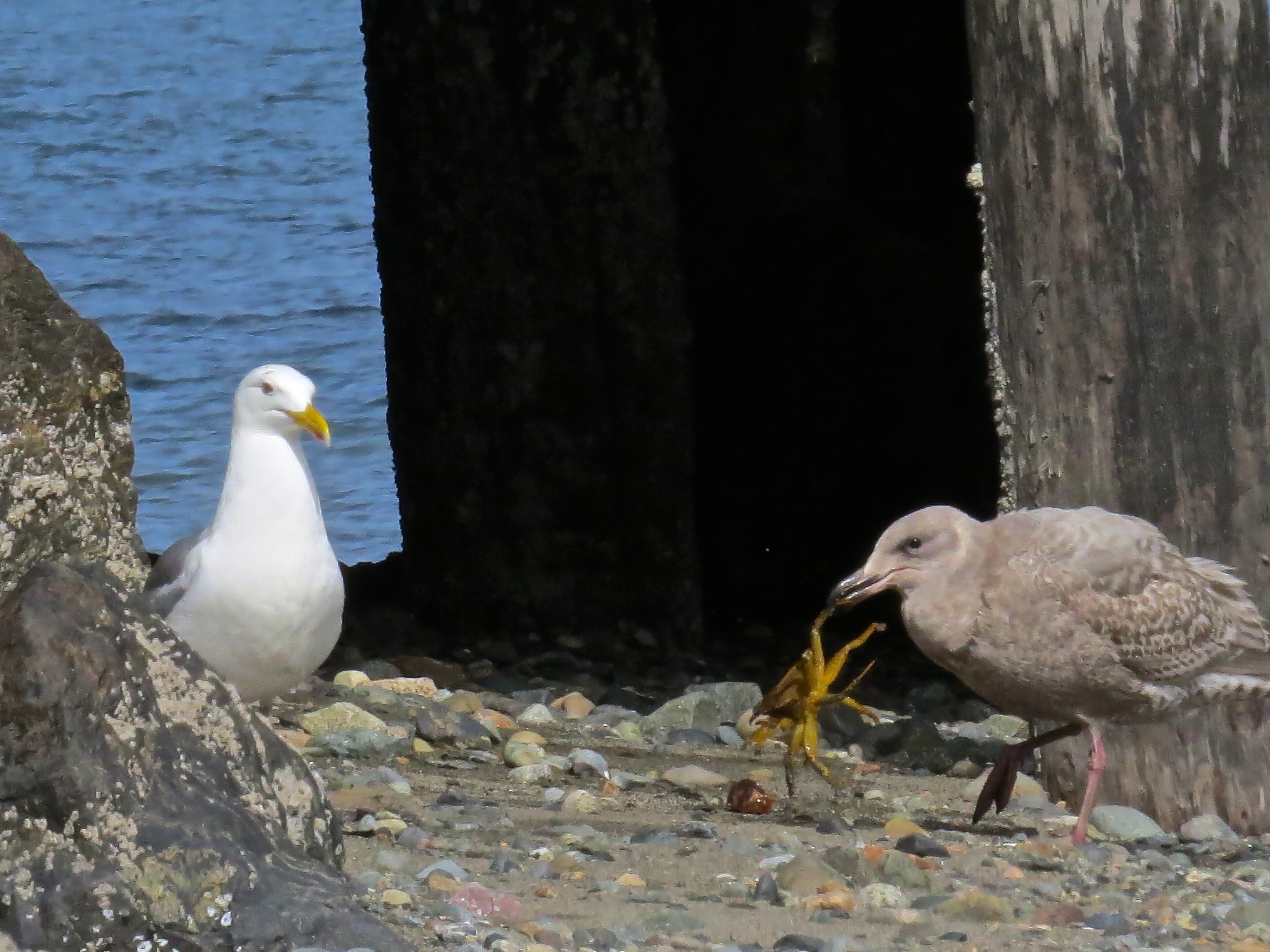 The next two photos show the the young gull learning the wrong way to handle a live crab. I’m sorry to say I don’t know the identity of the mighty crustacean, but he refused to resign himself to his fate. The battle went on for a couple minutes, with the gull flipping the crab every which way and the crab flailing his legs and snapping his claws as menacingly as possible. It was somewhere in the heat of battle that the parent gull lost interest and walked back into the water to peruse the docks again. 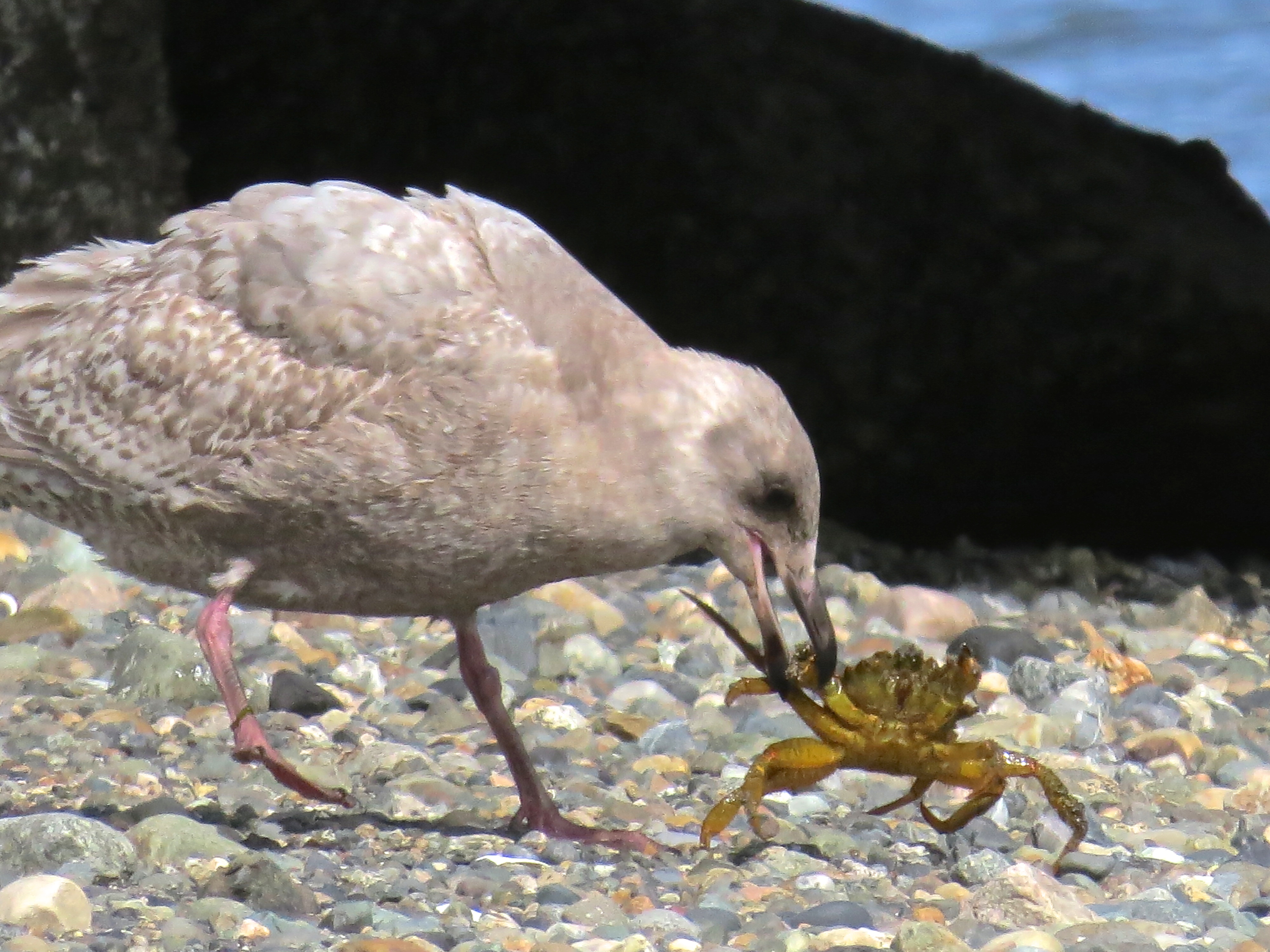 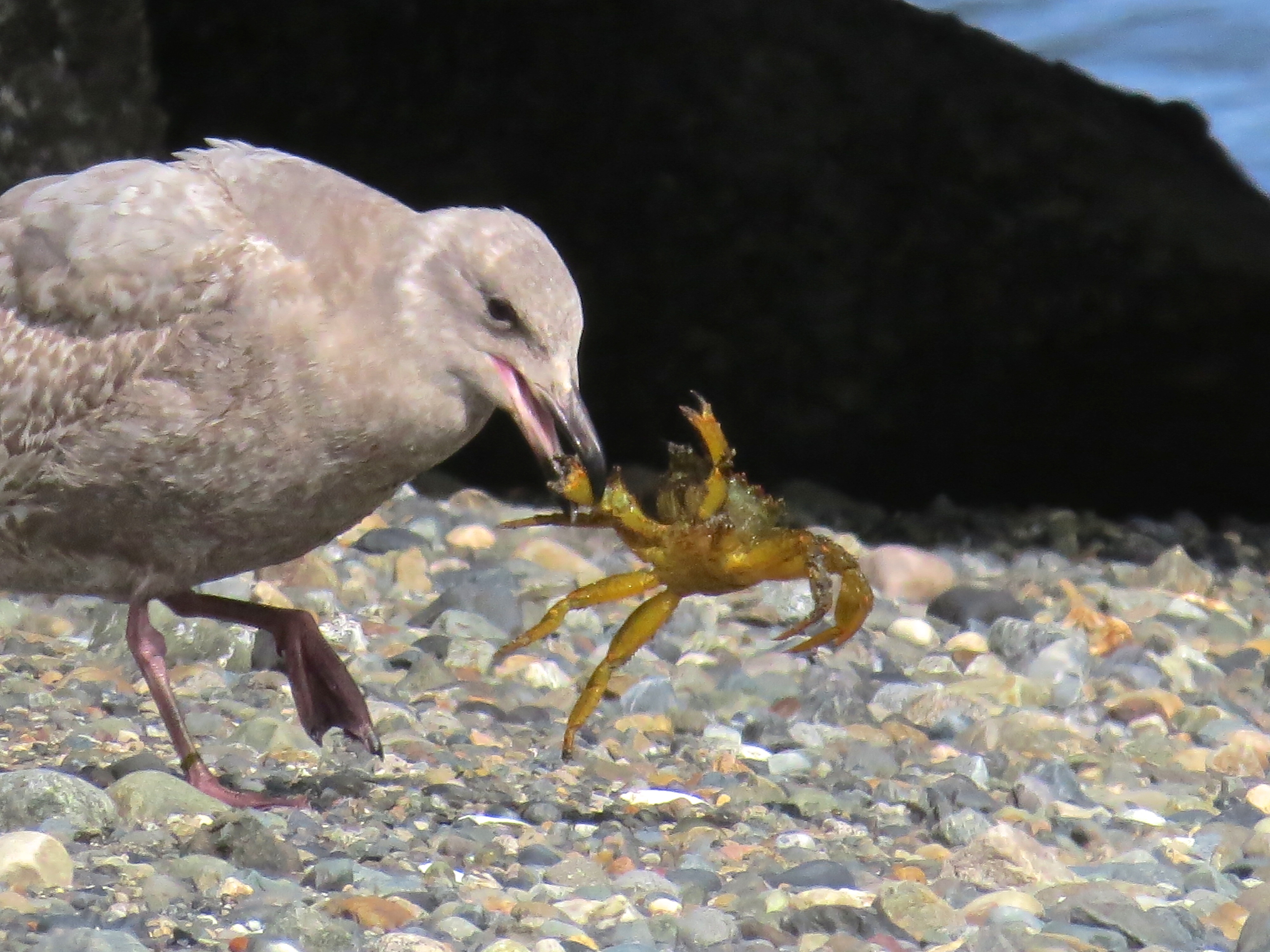 Eventually, the gull realized (or maybe just chanced upon the fact) that the crab’s belly was soft and permeable. She got a good grip and bit down in the fifth picture. However awkwardly, bill had triumphed over claw. 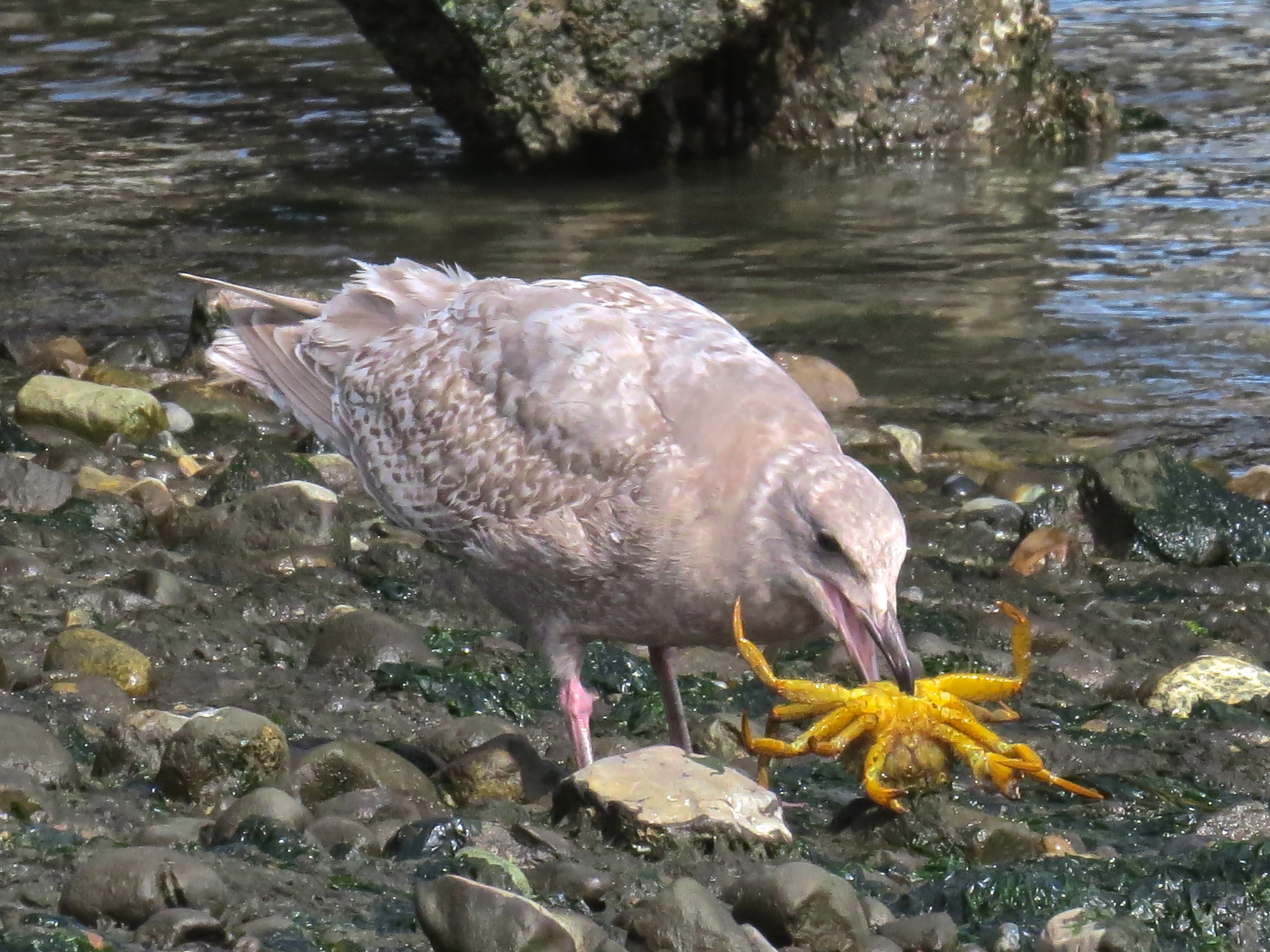 The sixth photo shows her extracting the succulent noms. No more than a few seconds after the battle ended, these two Northwestern Crows (Corvus caurinus) showed up on the shore. My guess is they were watching the dirty work from the trees. 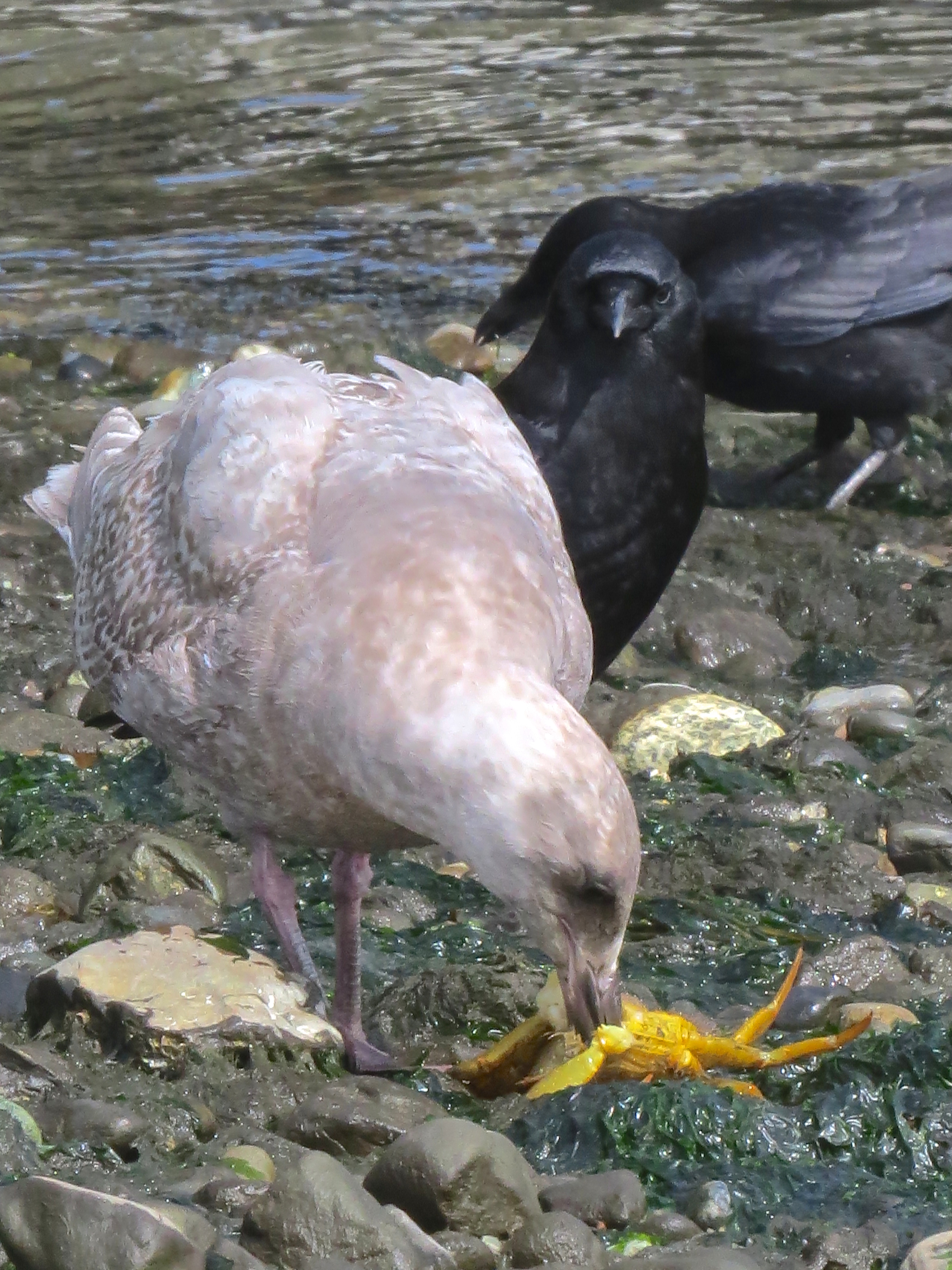 And finally, just like a human child, the young gull made a complete mess of her meal and the beach. In the last photo, legs and other body parts are strewn unceremoniously around her feet. She seems to be unsure of what to do with her scraps. There’s also a lot of meat that’s left! The crows quickly took care of that though once the gull wandered off to go investigate something in the water. 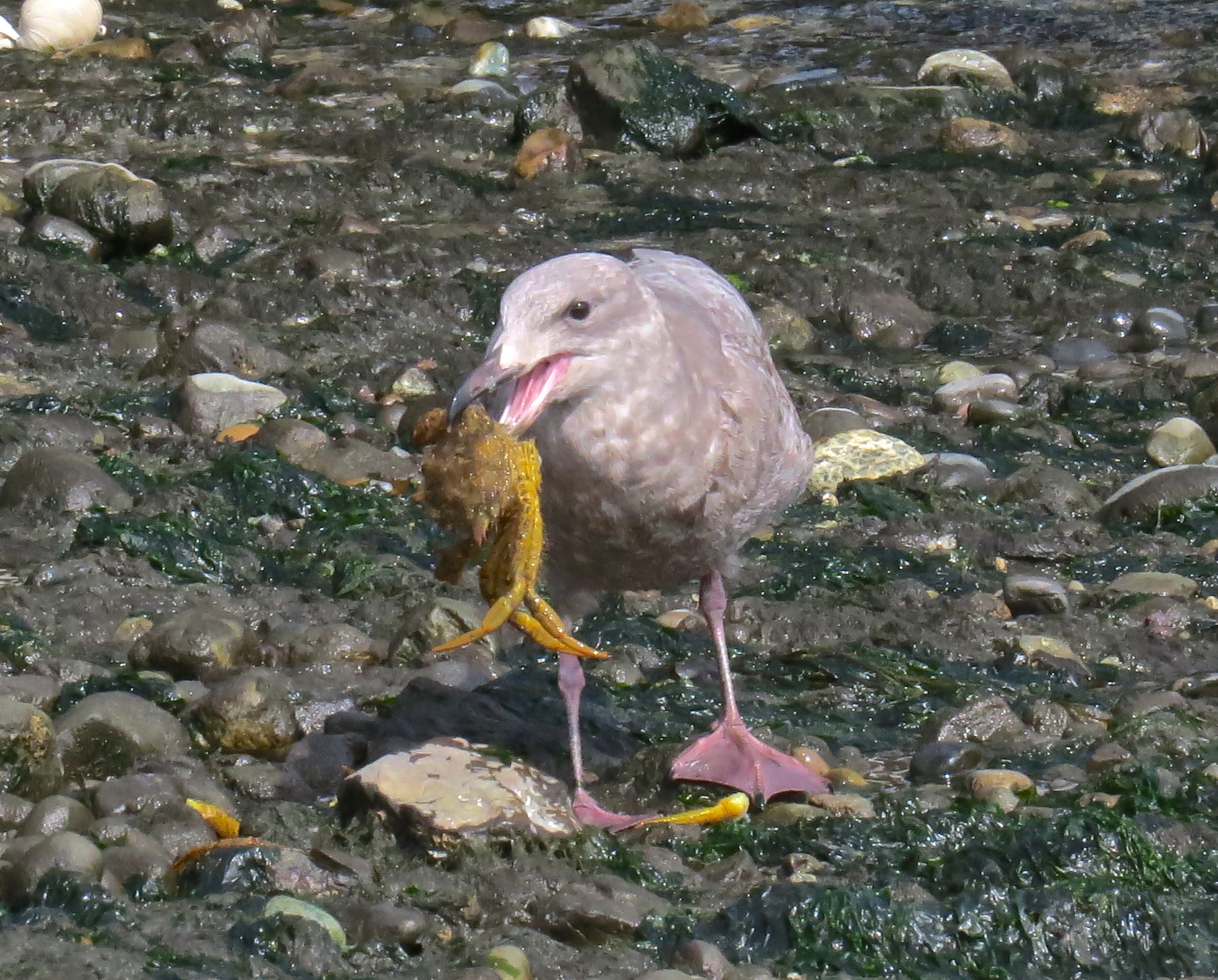 I wonder what the gull learned from this experience, if anything? I wonder if her next battle with a crab will go any smoother? I wonder just how little she knows about life as a gull yet? All part of growing up, I guess.