Photographer Pete Moulton, who’s supplied us with some great pictures, always forgets about us, and I have to go onto his Facebook page and beg him for some of the photos he posts there. Here’s a batch of herp photos I wheedled out of him:

Per your request, here are a few lizards. A lot of people think of Arizona as a pretty snake-y place–and it is!–but we’ve got lizards too. In fact, I think Arizona’s state lizard list is the largest in the US at 49 native species, plus three introduced species.
First up is probably the most commonly photographed of our species: a Desert Spiny Lizard, Sceloporus magister. These are large and easily seen, which makes them photographic favorites. This one is a half-grown female at the Desert Botanical Garden in Phoenix. 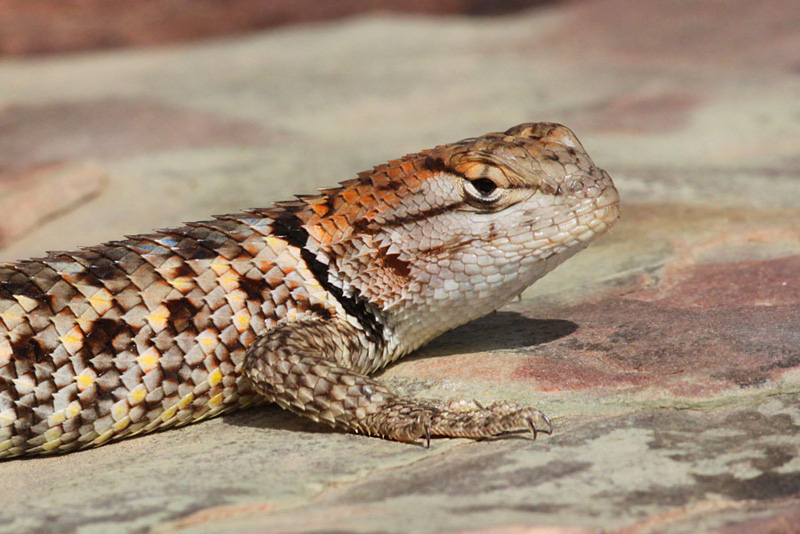 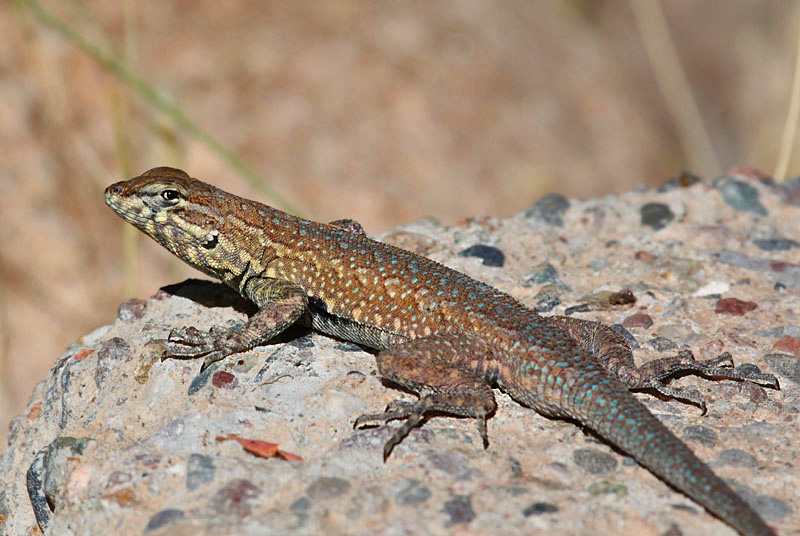 Long-nosed Leopard Lizard Gambelia wislizenii from the confluence of the Rio Salado and the Rio Verde north of Mesa. This female was a side benefit during a dragonflying trip. 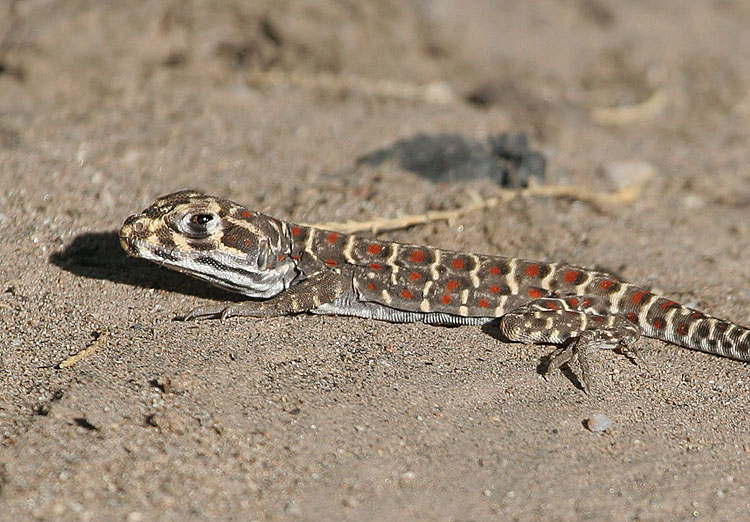 Tiger Whiptail Aspidoscelis tigris, also from the Salado-Verde confluence. The most numerous whiptail in my area. Aspidoscelis is an interesting genus, in that six of our eleven species aren’t really species at all, but parthenogenetic clones. This one, however, does reproduce sexually. 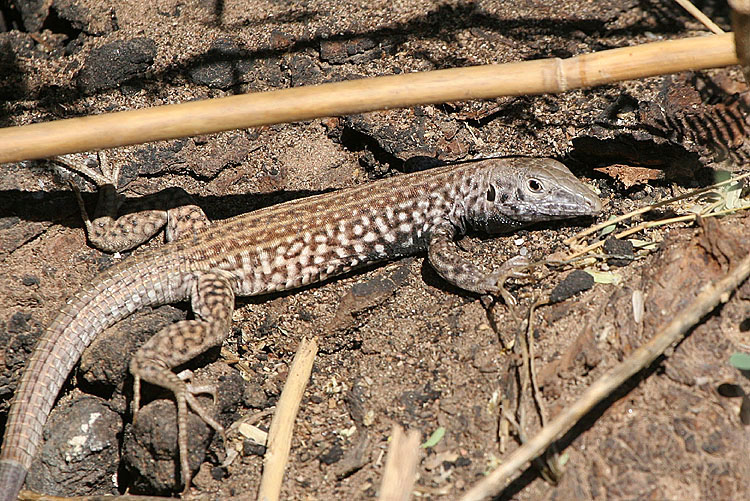 A cryptic lizard (in fact, this is the “chameleon” once sold in pet stores) from reader Barn Owl, who still has not adopted the barn cat La Reina:

I was out in the backyard with my d*gs this afternoon, checking my vegetable garden after the rain showers rolled through, and I spotted a Carolina anole (Anolis carolinensis) on the snow pea vines.  It was almost exactly the color of the undersides of the leaves – I’ve attached a photo, which unfortunately isn’t of the high quality typical of most Readers’ Wildlife Photos (but it’s about the best I can do with my little FinePix). 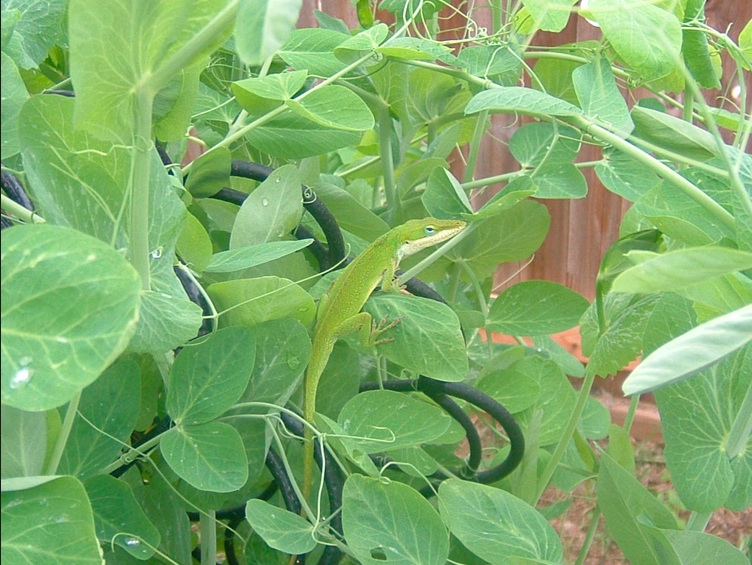 Finally, we have two photos from perhaps the youngest reader to grace the photography page. Brianna, daughter of reader “darrelle”, is only eleven, but has already entered a wildlife photography contest. The captions are her father’s, but the photos are hers.

The first is of a Brown Pelican (Pelecanus occidentalis) in breeding plumage. He was looking fairly comfortable, all snuggled up, but he was keeping an eye on the photographer! 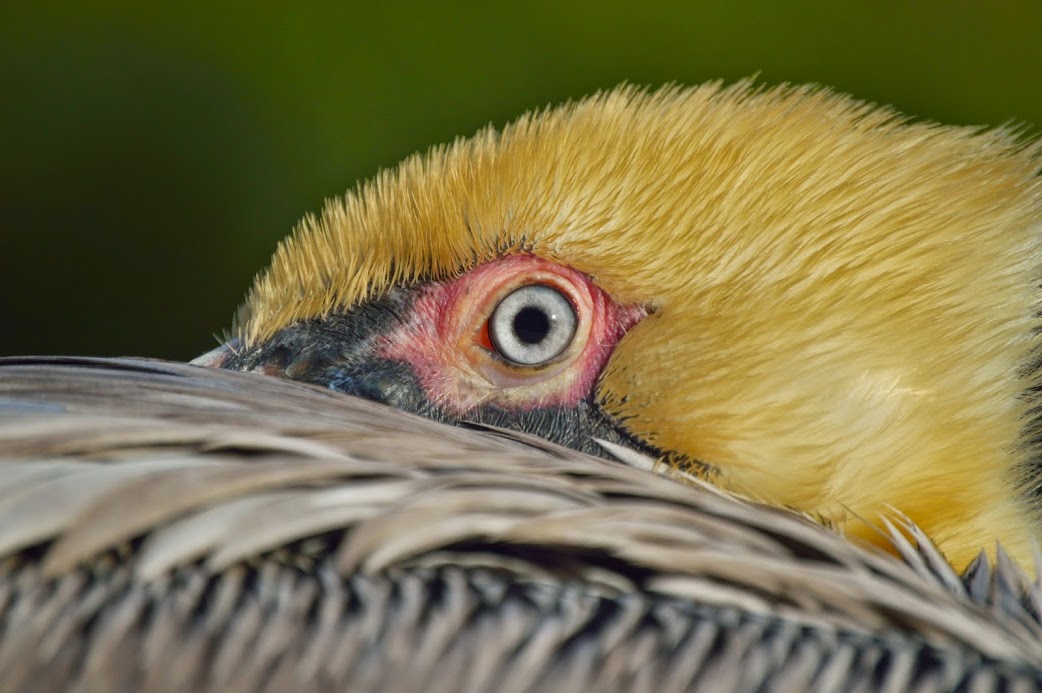 The second is of a Great Egret (Ardea alba), sometimes also called a Great White Heron. He is just smoothly gliding into the sunset. I really like the lighting on this one. 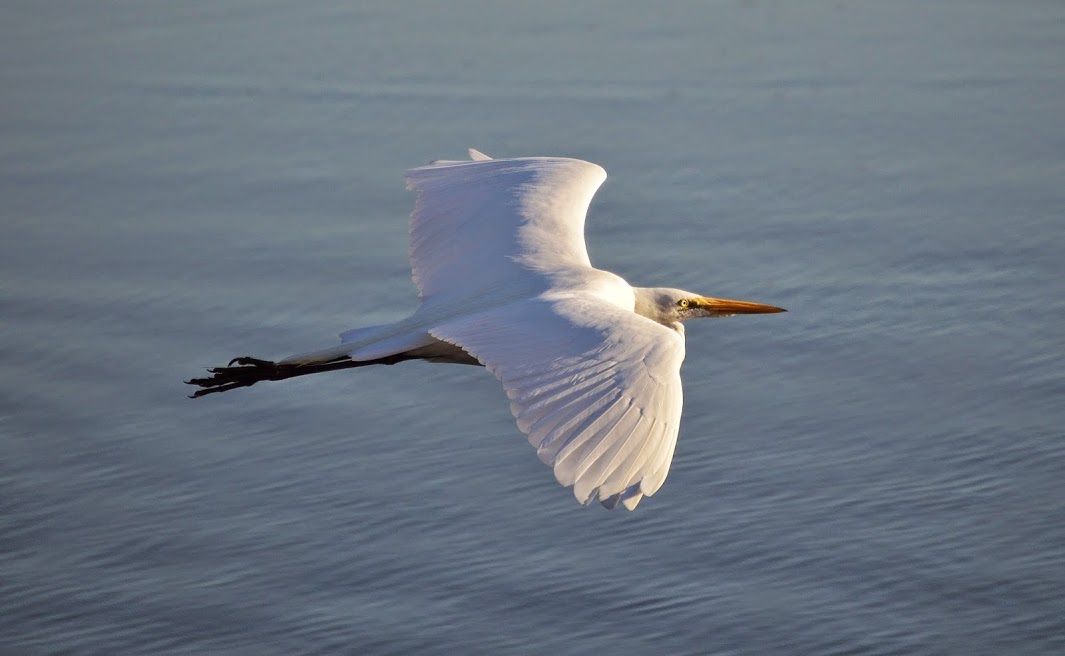