Stephen Barnard, endemic to Idaho, is now fishing in New Zealand, and he sent me this photo of a New Zealand brown trout (Salmo trutta) with the caption,

Is this wildlife? Your call.

I deemed it wildlife and asked if he released it or ate it. His response was that he releases every fish he catches. This one’s gorgeous, and lived to fight again: 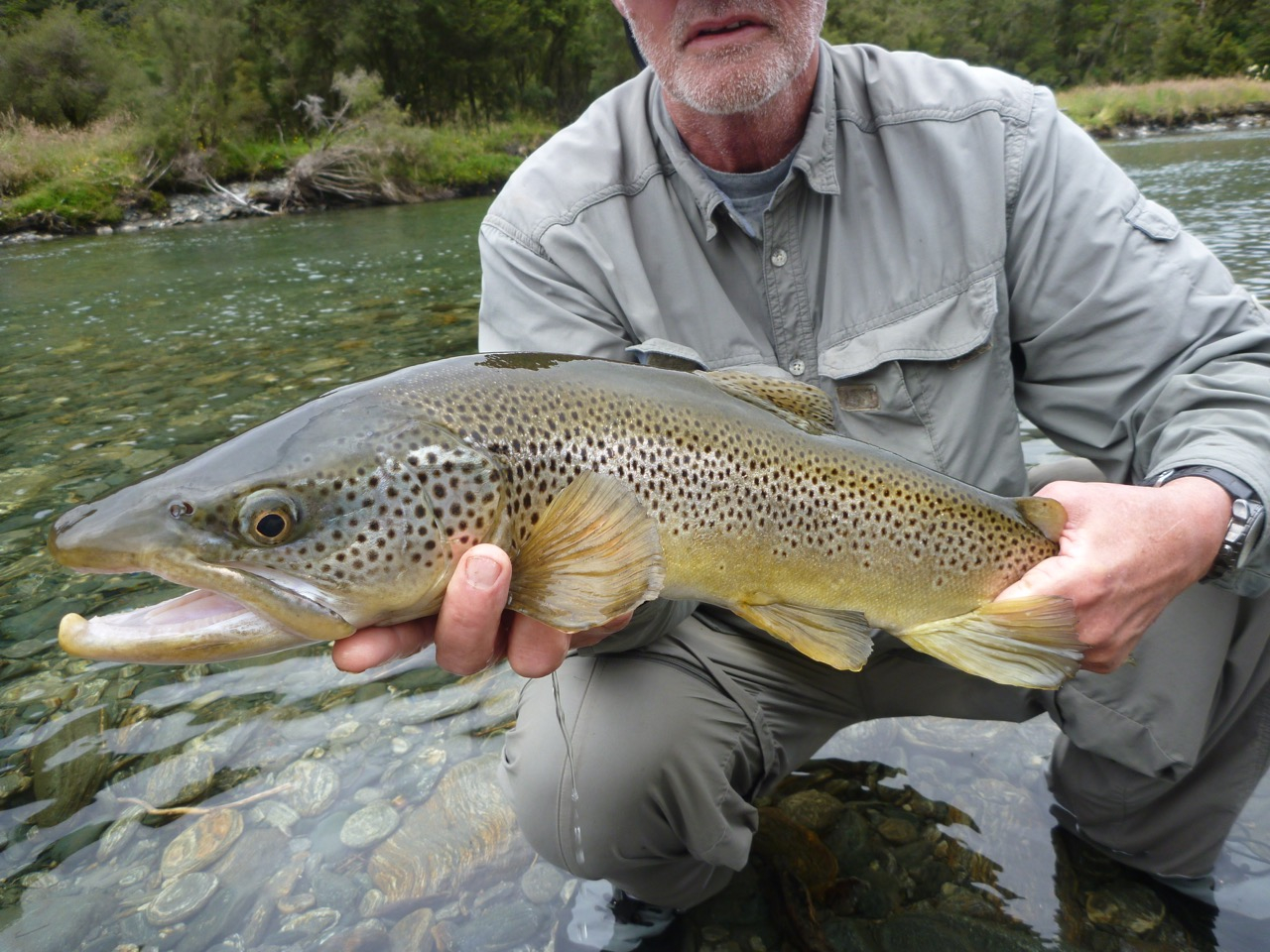 Reader Dennis Hansen, a biologist who was lucky enough to work on the Indian Ocean atoll of Aldabra, sends some photos and information:

I’ve dug into the Aldabra archives and found some more photos for you –  see attached:  The first two shots are of the (arguably) most beautiful frugivore of the atoll, at least from a colourful-is-best perspective, the Comoro Blue Pigeon, Alectroenas sganzini minor. (Nah, what am I really saying is that the most gorgeous frugivore of the atoll is of course the giant tortoise!). The genus used to be more widespread across Western Indian Ocean islands, but went extinct in many cases after human arrival. Despite what looks like a small beak, they can really open wide and swallow quite large fruits whole. Being specialised frugivores, after mastication they regurgitate large seeds and hard bits, rather than wasting weight and time in flying around with all that dead weight in their guts. 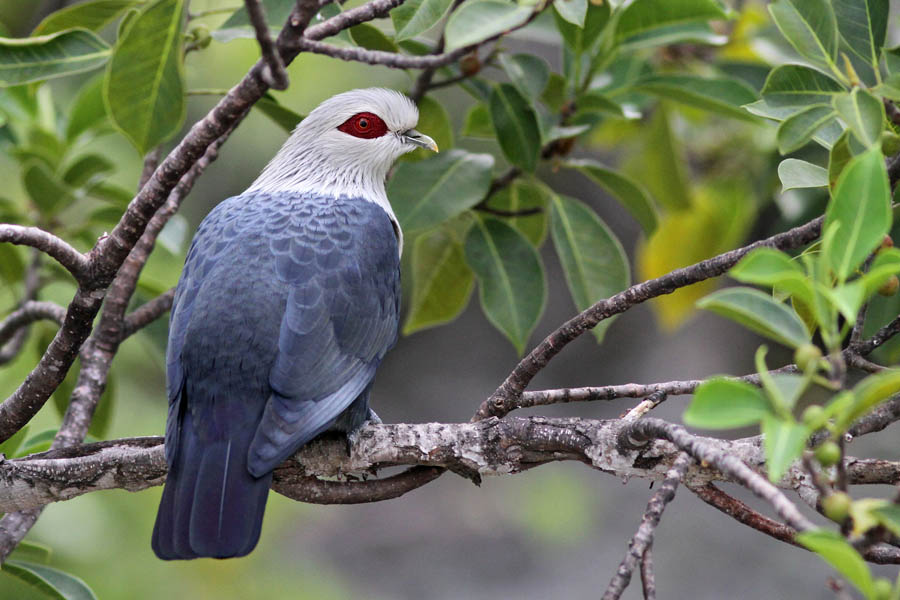 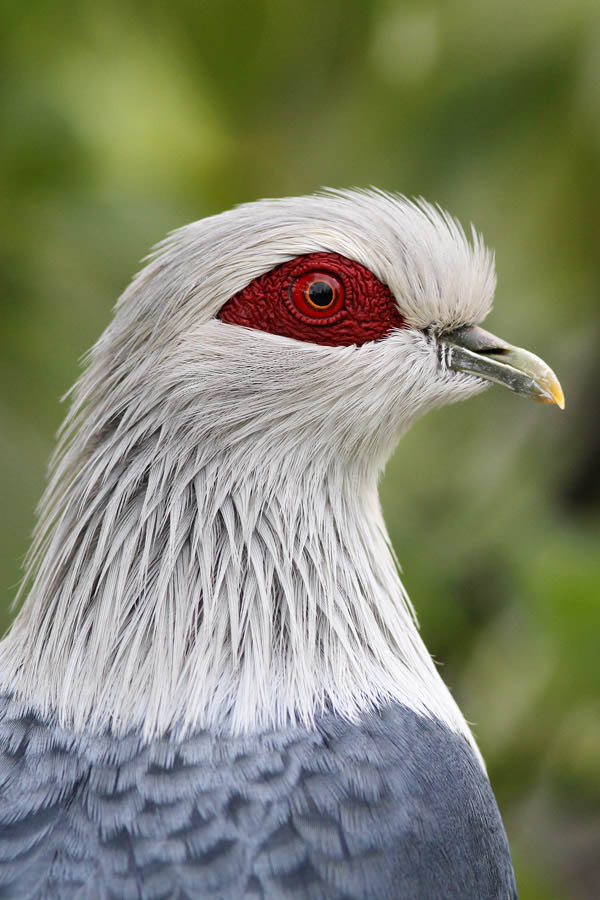 Then a few shots of a frigatebird – a juvenile/female great frigatebird (Fregata minor, go figure), I think it’s that species, but am not 100% sure. This one enjoyed an afternoon shower on the island of Malabar, Aldabra. It spent 8-10 mins fluffing and spreading itself as much as possible in the rain, before the sun returned and dried the bird. 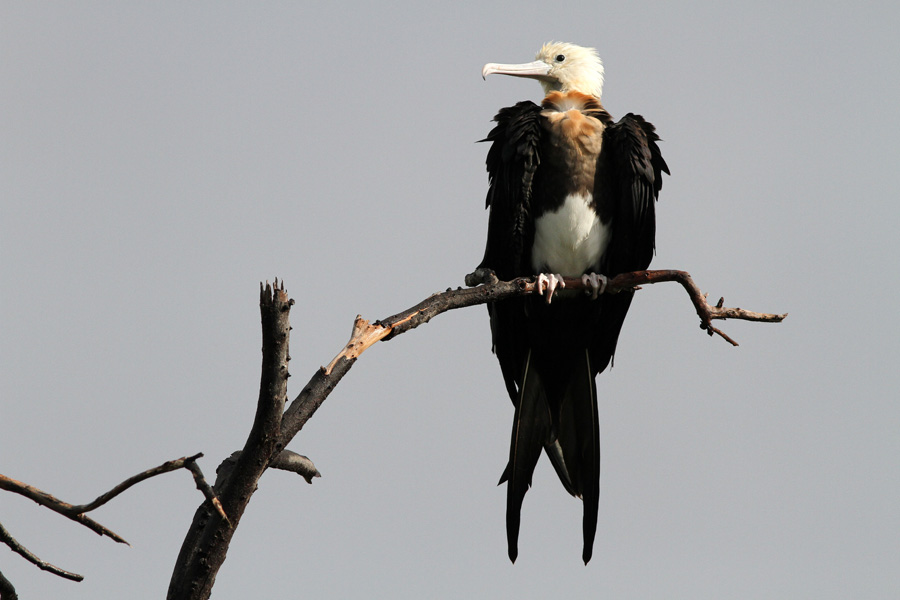 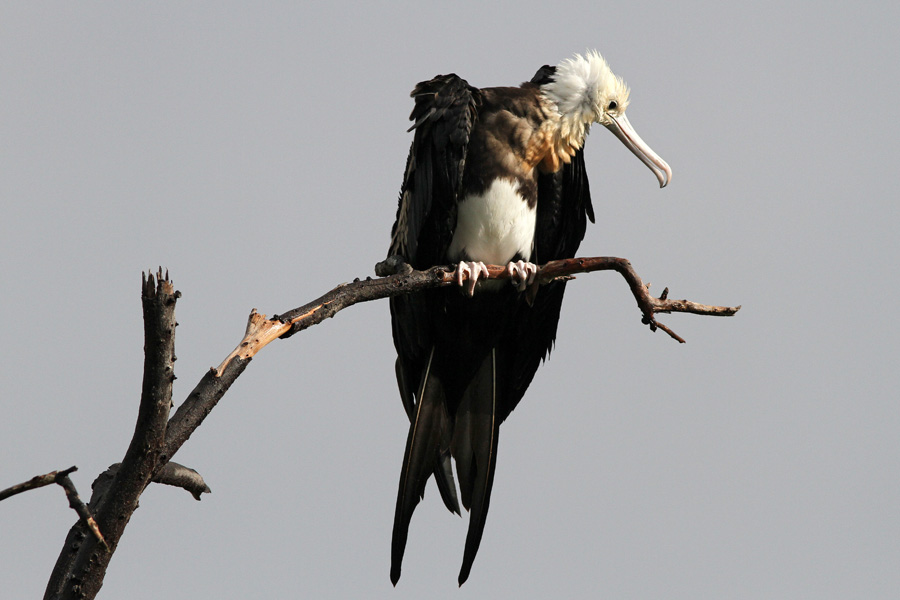 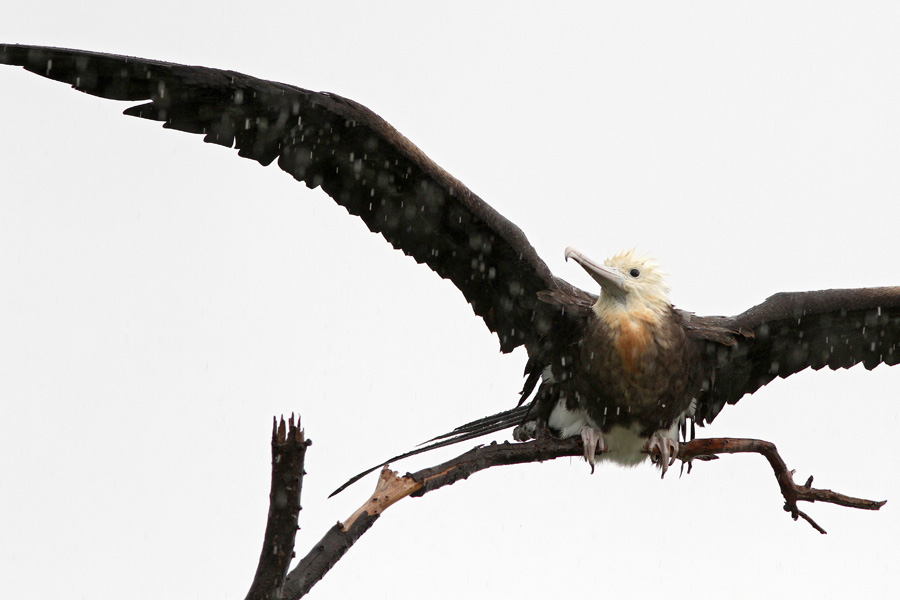 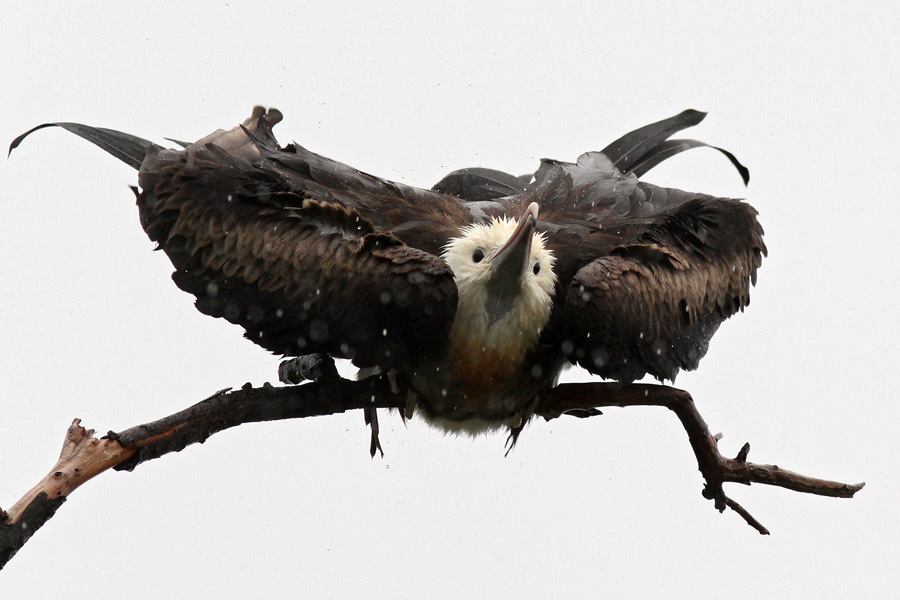 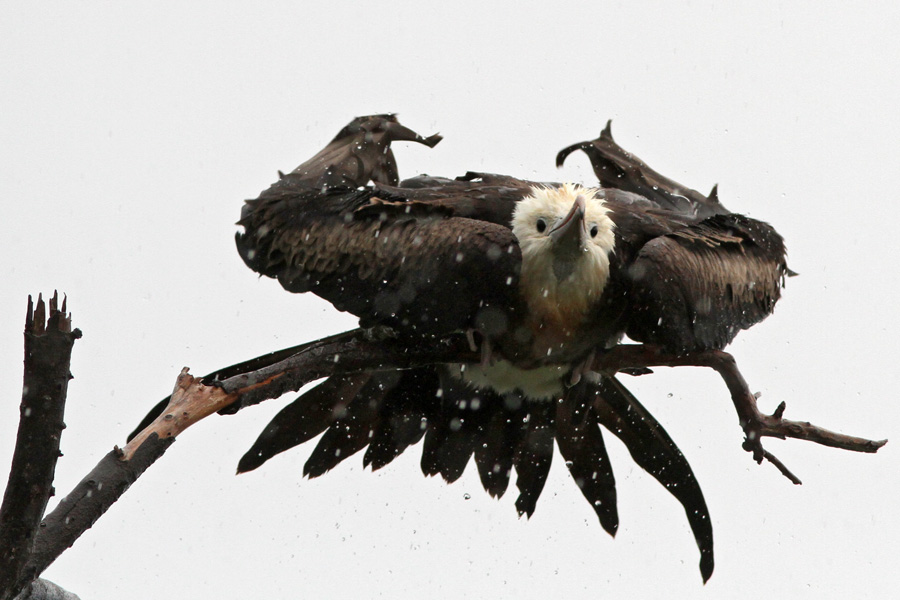 Finally, obviously, a shot of an Aldabra giant tortoise (Aldabrachelys gigantea). This one, Toby, is my favourite, as he’s always up for a friendly cuddle—only not when he’s in the mood to headbutt or bite you instead. How do you tell the two apart? You don’t. 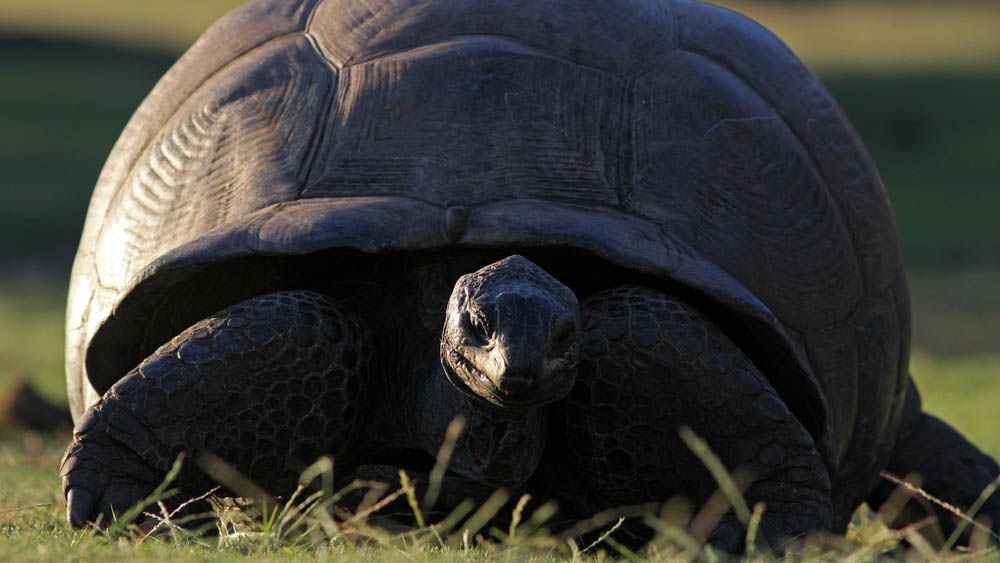 Dennis has contributed photos of Indian Ocean wildlife several times before; you can find his posts here.