Take heart, you Catholics, for you shall see your beloved dog, cat, hamster or goldfish in heaven again (will they all have wings?). Or so says Pope Francis, who, in his attempt to make the Church look friendlier while retaining its pernicious doctrines, has pronounced that all animals go to heaven.

The Pope’s new revelation was the subject of an article in The Dodo, which in turn took the information from a piece on the Italian news site Resapubblica.it. The Italian piece has a title even I can understand: “Cani vanno in paradiso? Papa Francesco: c’è aldilà per tutti gli animali.” And that article is illustrated with a funny picture: 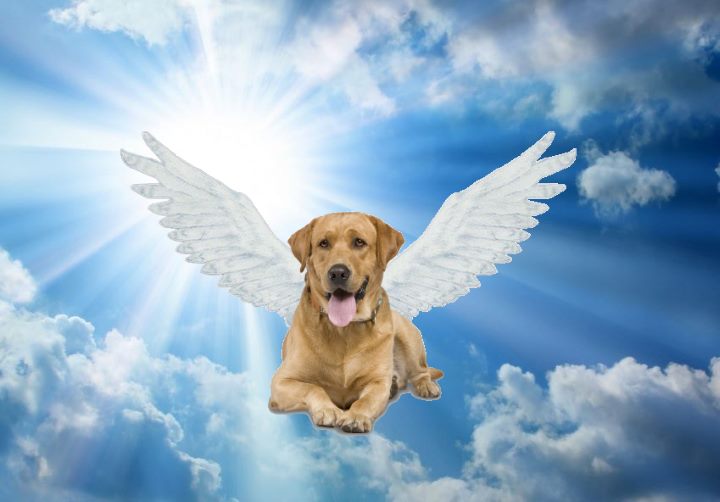 As The Dodo says:

In his weekly address at the Vatican late last month, Pope Francis issued a remarkable statement that’s sure to come as welcome news to anyone who’s ever lost a beloved pet. According to Francis, the promise of an afterlife applies not only to believers, but to all animals as well.

“The Holy Scriptures teach us that the realization of this wonderful plan covers all that is around us, and that came out of the thought and the heart of God,” Pope Francis said, as quoted by Italian news site Resapubblica.

The Pope then went on to say that “heaven is open to all creatures, and there [they] will be vested with the joy and love of God, without limits.”

An automatic translation of the Resapubblica.it article adds the following:

In this regard, Francis drew the image of the Apostle Paul that will appeal to a child in tears for the death of his dog: “One day we will return to see our animals in the eternity of Christ.”

Where, exactly do the Holy Scriptures say that? I read the Bible and I don’t remember seeing anything that came close to such a conclusion. What we have here is an example of not only extreme cherry-picking and unwarranted conclusions, but also a conclusion that contravenes that of the last Pope:

Pope Francis’s stance on animals stands in contrast to that of his predecessor, Benedict XVI, who despite reportedly being a cat lover, said that animals’ existence was limited to their time on Earth. But Francis isn’t the first pontiff to take an animal-friendly approach to ideology. As newspaper Divisione la Repubblica notes, Pope John Paul II held a similar position, saying animals had a “divine breath.”

Okay, so we have at least two Popes making incompatible claims. How do we know which Pope was right? (Perhaps the Pope had a revelation that God is really Ceiling Cat? Was he speaking ex-cathedra?) 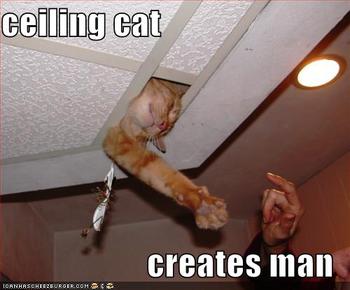 In contrast, though, the Italian article (again automatically translated) notes that there is some theological dissent about Francis’s proclamation:

Gianni Colzani, professor of theology at the Pontifical Urban University in Rome, gives another interpretation of the speech of Pope Francisco this week. “All of us think that there will be continuity between this world and the future glory. It ‘s the balance between the two things that we are not able to determine and that’s why I think we should draw further conclusions than those of the Pope. ”

Bergoglio will clarify its position on the animals in ‘ Encyclical on the environment and nature that is writing. While waiting, we remain in doubt, imagine the surprise that could have St. Peter’s in a sweet little dog see knocking at the gates of paradise.

Yes, imagine the surprise, especially since that the evidence for Paradise is precisely as thin as the evidence that sweet little dogs will go there.

Now really, is this Sophisticated Theology™? Just once—once—I’d like to see someone like Karen Armstrong or David Bentley Hart publicly say, “The Pope is full of it—we have no evidence for any of that crap.”  But of course you never will. The “sophisticated” believers, so keen to tell us what God is really like (he’s apophatic and ineffable), are equally keen to suppress criticism of believers who disagree with them by making more tangible claims. After all, it’s better to keep comity with the faithful and diss the atheists than to go after the inanities of other faiths.

But can any rational person deny that this pronouncement borders on lunacy? There is no way in hell that the Pope can assure us that Mittens or Towser will be by our side in Paradise, and we all know it. So much for the rationality of Pope Francis and the modernity of Catholicism. What I see is rampant craziness, and I scratch my head when people take the Pope’s pronouncements seriously.

If the Pope is going to assure us that someone’s going to heaven, how about gay people? Sadly, it looks like the animals get there first. 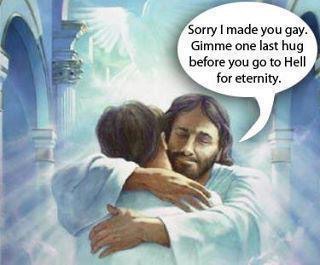 220 thoughts on “The Dog Delusion: Pope Francis proclaims that all animals will go to heaven”