This set of eleven postcards (or “flashcards,” as I call them), come from the “Sustainable Seas Initiative“, a government-supported program designed to apply Mātauranga Māori (MM) or Māori ways of knowing, to marine biology, including both understanding the sea and conserving it and its inhabitants. Apparently, in contrast to the claims of the paper I discussed yesterday, you can indeed separate areas of empirical endeavor and discuss them separately, for here we are discussing marine biology. I have only looked over the 155-page report on what is to be done, but what I’ve seen isn’t heartening. But absent having read it carefully (yet), I’ll just stick to showing you the “summary” cards accompanying the report. These explain the various aspects of MM that are part of this endeavor.

You can download the 11 colorful cards here, and here’s why they’re supposed to be useful (their text indented)

These summary cards are introduction tools only, not universal definitions.

Iwi, hapū and whānau knowledge systems are place and people specific. We caution the use of quotes or analysis out of context, without respect for those ancestors who provided it, and in isolation of reference to existing tangata whenua (tangata moana) sources and authorities. These summaries are effectively ‘background reading’ in preparation for deeper discussions.

We hope these cards are useful to iwi, hapū and whānau in the pursuit of their own knowledge retention, expansion and transmission to future generations.

We also anticipate these summaries will be useful to marine related decision makers of all kinds and at all levels. We encourage people to read the Hui-te-ana-nui report as an opportunity to better understand a Mātauranga led way of working with the Tangaroa ecosystem.

Understanding, developing and retaining mātauranga and kaitiakitanga specific to the marine environment is a vital component of ecosystem-based management (EBM) for Aotearoa. For example, it is crucial for developing spiritual, cultural, social, environmental and economic practices, indicators and metrics that are relevant to our Aotearoa context.

Here’s a description of the cards. Noe the “metaphysical elements” that are included in a “system of knowledge”. It is this mixture of the natural with the supernatural, of practical knowledge with untestable assertions about gods and connections, that tells us that MM is not in the least equivalent to modern science.

The rest of the material below comes from the 11 cards. Click on any screenshot to enlarge it.

MM is like Buddhism in emphasizing that everything is interconnected—in MM, however, though the via common descent of everything from two creators (sky and earth). We are even related to rocks in this way!

The creation and a Whanaungatanga genealogy:

Note that Mātauranga, the knowledge itself, includes how it is known as well as what is known. This drags the metaphysical (gods), as well as lore and legend, into the realm of the empirical: 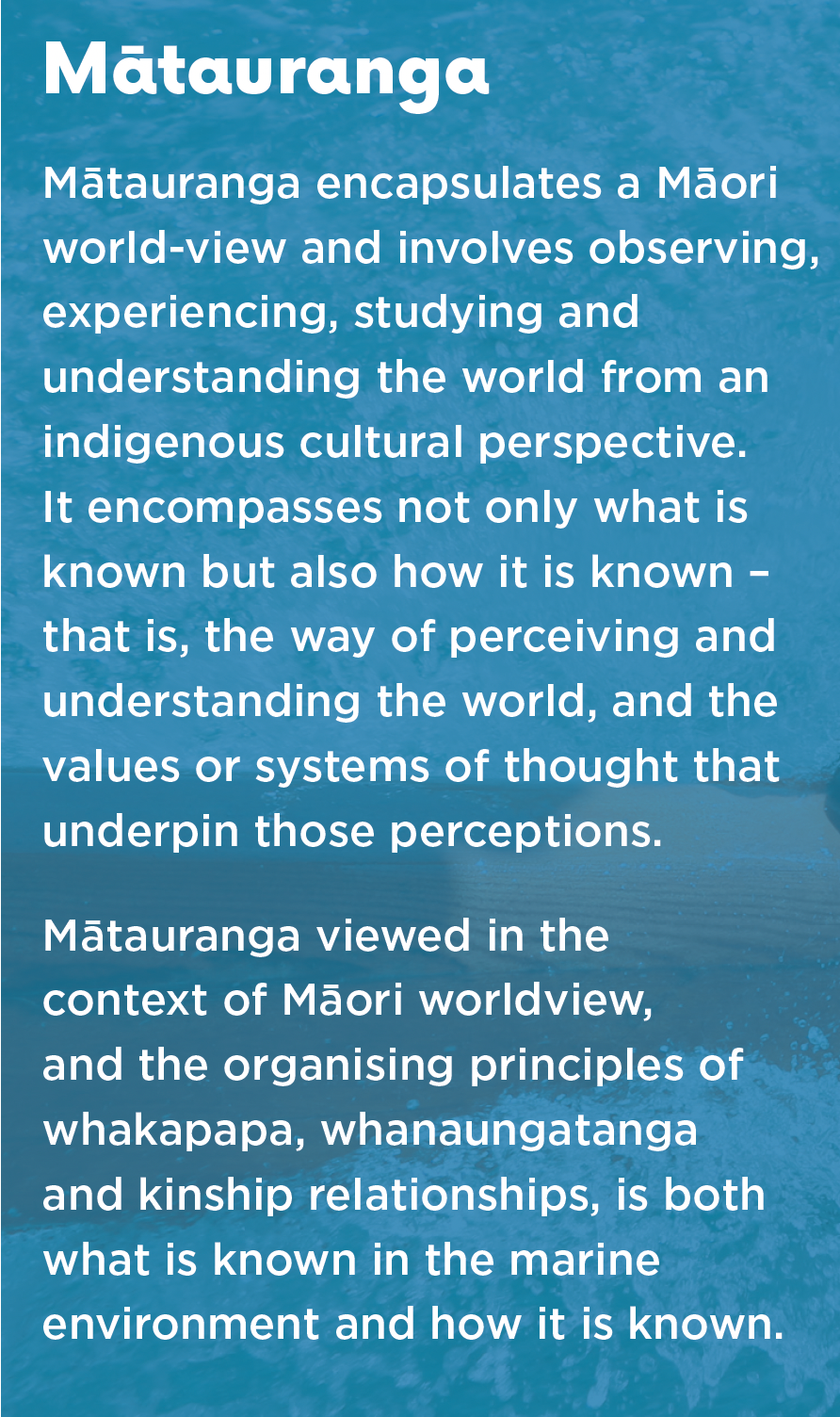 Here’s a list of what the Mātauranga includes. Note that besides language, it comprises “proverbs,” Spiritual and values”, and “stories and legends.” No, this is not “knowledge.” Note that there are other unspecified things included as well.

And “taonga,” the values and practices to sustain the marine environment. Note the denigration of a “narrow physical view” at the end and the intrusion of the spiritual throughout: 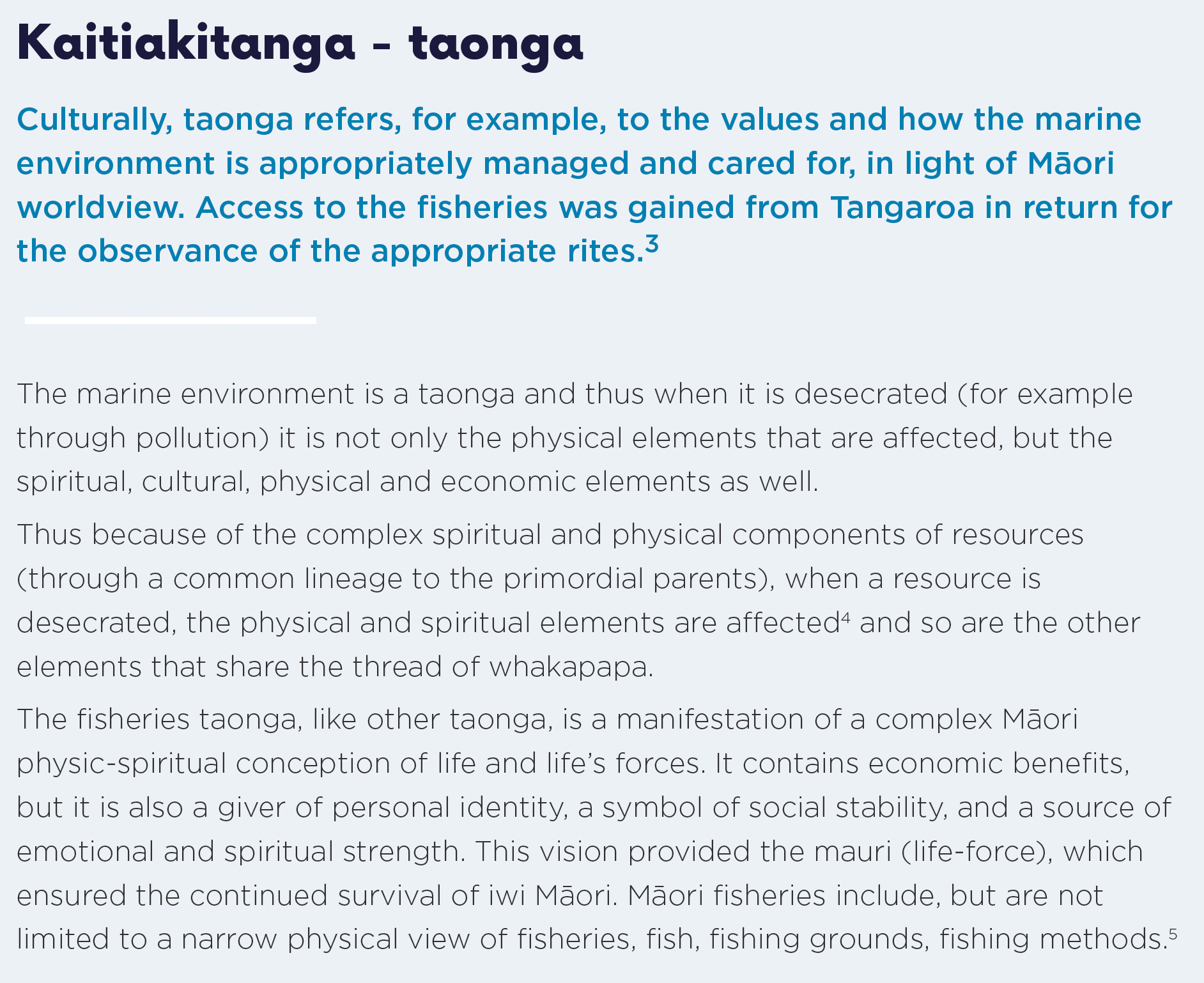 Now I ask you, is this something that can be considered “knowledge about the ocean”: a plan of action and principles to conserve the ocean environment? Yes, there may be conservation practices here, but they’re mixed up with a ton of spiritual stuff that is totally unproven (and likely wrong)—things passed down from ancestors that would not be part of modern marine conservation at all.

Do I “respect” this practice? No more than I respect Catholicism, Hinduism, Islam, and any other way of life that contains spiritual elements that have no basis in fact. It is this mixture of the physical and the metaphysical that makes the teaching of MM in classrooms as a “way of knowing” equivalent to modern science such a ludicrous proposal.

Yes, the Māori can have their superstitions, gods, and creation myths, but what is happening here is that they are forcing them onto the New Zealand populace, who not only funds this stuff through taxes but is forced to adhere to its philosophy and practices for fear of being called racist. As Hitchens said, the religious (and yes, much of this is religion) can have their toys, but they can’t force the rest of us to play with their toys.

19 thoughts on “An exposition of Māori “ways of knowing” in marine biology and conservation: a taxpayer-funded project riddled with theology, spirituality, and lore”