It’s well known that the U.S. government didn’t care all that much about the Holocaust as it was happening in Europe, even though information about it was available. Nor did they make much effort to take in Jews or, especially, to rescue beleaguered Jews in Europe.  Ken Burns and Sarah Botstein are now about to present a six-hour, three-part series called “The U.S. and the Holocaust”, part of which explains this neglect.

The show starts this evening, so do watch it. (Check your local PBS schedule.) Here’s the one-minute trailer:

Somehow i have to find a way to see it (my crummy t.v. doesn’t receive PBS).

Below is a 26-minute “Firing Line” interview featuring Burns and Botstein.  You can hear it for free by clicking the screenshots: 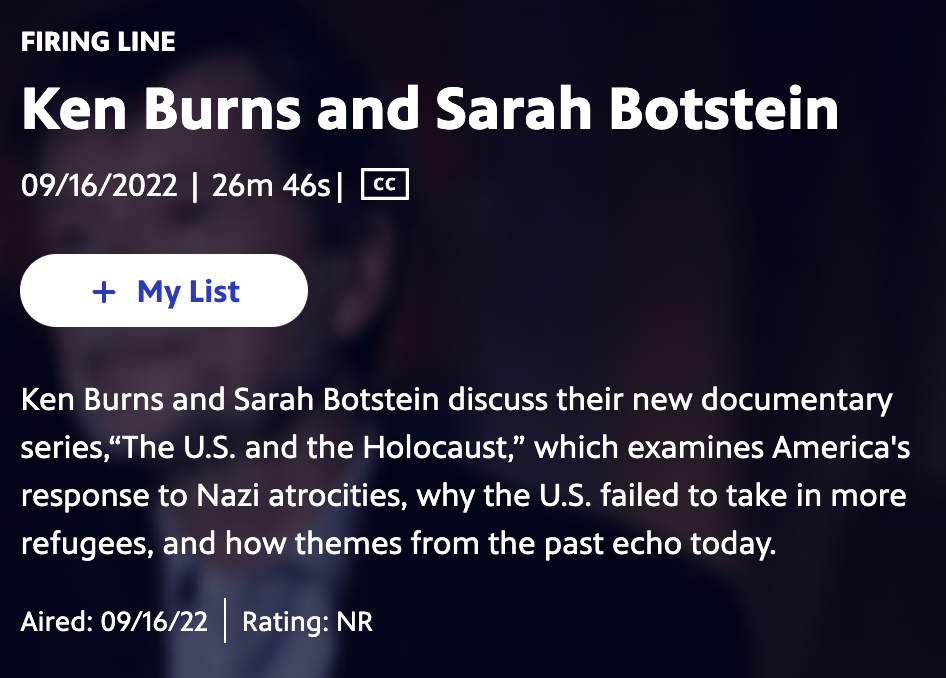 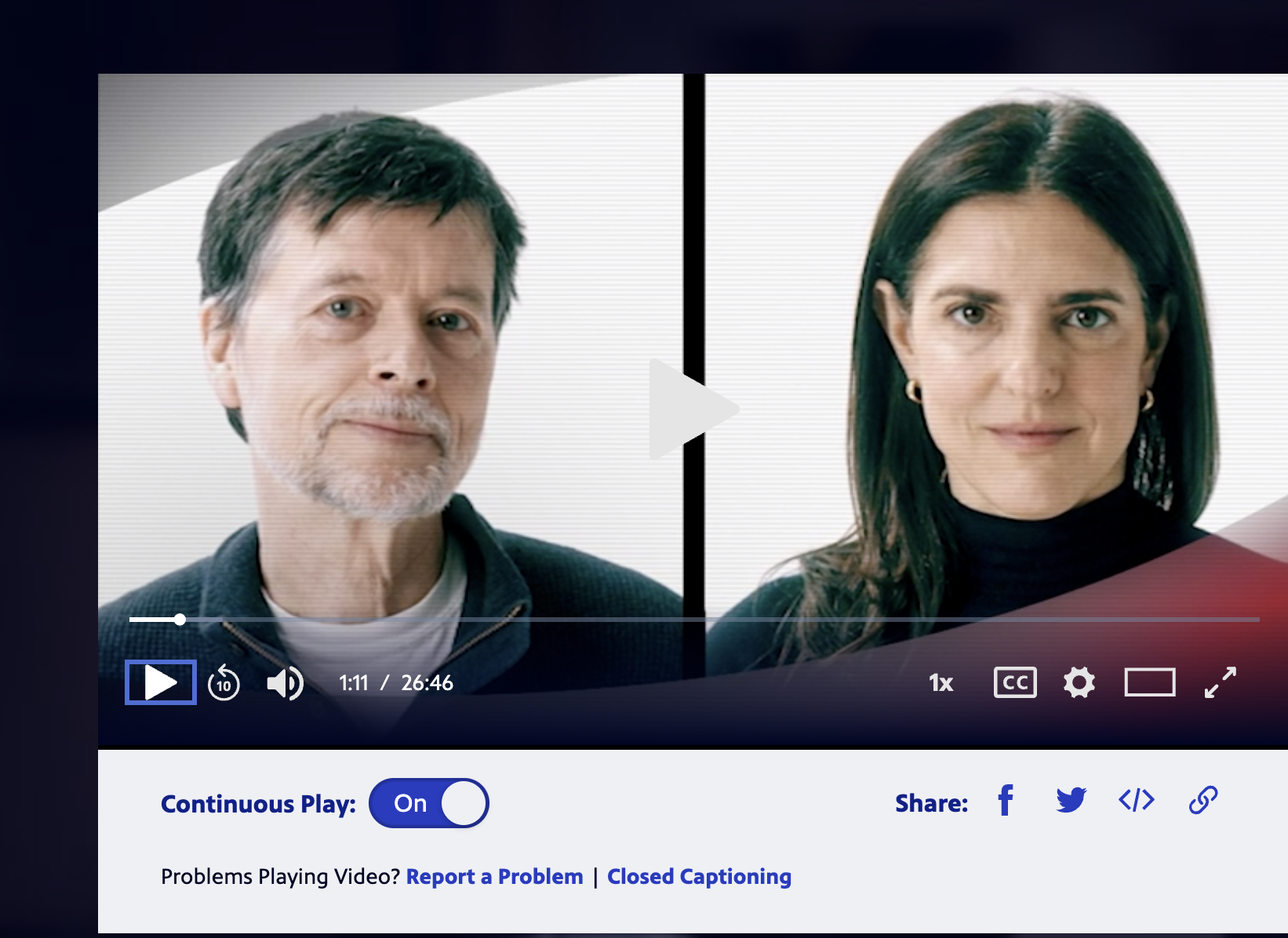 Here are Burns and his other collaborator, Lynn Novick, on the Today show.

The New Yorker has a summary and review of the series, and its assessment is somewhat tepid. Why? Because Burns et al. didn’t make the film the New Yorker thought it should. What did they want? More about contemporary issues, something that Burns addresses in his comments above.

Here’s a bit of McAuley’s critique:

But if contemporary America is of interest, there is an important institutional story to tell here as well, about the U.S. government’s ultimate embrace of Holocaust history beginning in the late nineteen-seventies, when a commission established by President Jimmy Carter proposed the creation of a national Holocaust museum. And also a strange story about a civil society in which a very particular tragedy became universalized and mass-marketed, leading people who may have little or no connection to Jewish life to feel entitled to make a Jewish catastrophe about themselves. Examining the evolution of that uniquely American obsession might have strengthened the film in its final installment. After all, America is still responding to the Holocaust, and often in troubling ways.

The persecution and mass murder of European Jews between 1933 and 1945 loom so large in our culture that even our own homegrown brownshirts now have the Holocaust on the tips of their tongues. In recent years, a sitting member of Congress, Marjorie Taylor Greene, has styled her enemies as “Nazis” and posted a video of a fake-looking President Biden with a Hitler mustache. Beyond the arena of electoral politics, a number of ordinary people wore yellow stars on their lapels to protest coronavirus-vaccine requirements. Given its interest in the contemporary, “The U.S. and the Holocaust” might have confronted, or at least acknowledged, these fixations and distortions. They, too, turn out to be as American as apple pie.

There wasn’t enough about contemporary white supremacy and the Republicans, I guess. Well, I haven’t seen the show yet, an will find a way to do so. But what does the magazine mean by this?

. . . .a civil society in which a very particular tragedy became universalized and mass-marketed, leading people who may have little or no connection to Jewish life to feel entitled to make a Jewish catastrophe about themselves.

Is the answer in something that McAuley wrote earlier in the article?

The destruction of the European Jews, in Eleanor Roosevelt’s telling, was not really about the Jews: it was a parable for right and wrong, a “teachable moment” about perseverance in the face of adversity—could there be anything more hopelessly and terminally American than that? As Roosevelt wrote, Anne’s diary was among “the wisest and most moving commentaries on war and its impact on human beings that I have ever read. . . . Despite the horror and humiliation of their daily lives, these people never gave up.” Anne, she concluded, “tells us much about ourselves and our own children.” Not once did Eleanor Roosevelt use the word “Jew”; the story of “these people” was not the point. By then, the Jewish catastrophe was everyone’s to claim, and the “lessons” of the Holocaust were already in the process of becoming a strangely American form of national self-help.

Typical New Yorker prose: a grandiose and eloquent conclusion that doesn’t seem to hold water.  An American form of self-help? How?

45 thoughts on “New documentary by Ken Burns, Lynn Novick, and Sarah Botstein, “The U.S. and the Holocaust”, starts this evening”