In April of this year I put up two posts (here and here) reporting sightings of living Ivory-billed Woodpeckers  (Campephilus principalis), thought to be extinct since around 1944.  My posts were prompted by a paper in BioRrχiv reporting “Multiple lines of evidence indicate survival of the Ivory-billed Woodpecker in Louisiana.” (The paper now appears to have been published in the open-access journal Europe PMC, which suggests it didn’t pass peer review in the stricter and more famous journals, like Science and Nature, that would have been appropriate venues for reporting such a stunning find. (Remember that in 2005 Fitzpatrick et al. published evidence in Science for a sighting of the bird, but no confirmed sighting has been made since then, and their paper was likely in error.)

In response to those two posts, at least seven readers claimed that they had indeed seen an ivorybill.  Here are a few comments on my posts:

. . . I have photos and video of this amazing bird down here in Florida. Feel free to contact me. I wanted to leave the photos here however there is no way to do that.

. . . I live in west Georgia. I have seen these birds since I was a child. My grandfather told me they were indain hens. I have been seeing these birds around for over 40 years. I have a pair that stays in the area of my home now.

. . . I seen the picture of the ivory billed wood pecker in a article last week saying they were extinct. But, someone got a picture of one in Louisiana. I’ve been seeing one of those birds on my hunting property in South Texas for the last few years. I’m on the coast surrounded by swamp. That is that bird in the picture.

. . . I have seen this bird at my home in Virginia

. . . . Saw one of them in the early 2000s. Out in the sticks in Louisiana. Didnt realize how significant it was at the time.

. . . . I believe I may have observed two ivory-billed woodpeckers on my property. I wasn’t sure until researching both the ivory and pileated. Their larger size, which is slight, was very notable because they flew directly overhead at low altitude @ 20ft. Most notably was the striking contrast of so much white coloring against the black. They have stripped multiple trees of 70 to 80% of their bark. The trees appear dead, though I can’t state the cause. They were very active this past spring and early summer (2020), then activity was scarce. I have not observed them at all since mid-August. Their vocal calls were more rapid than what I’ve researched, but the classic “kent” sound, and sometimes a more relaxed “koo”.

I urged every one of these readers to document their sightings, publish them, and alert expert birders to them, for it would not only be amazing if the bird were still around, but it would also make the spotter famous.

What have I heard since April?

What these people probably saw were pileated woodpeckers, not ivorybills.  Let us take this as an object lesson to not put a lot of credence in eyewitness evidence. Recent and videos are what we need. and we got bupkes! No commenter even deigned to reply to me or follow up with evidence.

Sadly, the damn bird is extinct, but I’ll still offer $100 to any reader who produces evidence that the species is still around—does so in a way that convinces the birding community.

A real one photographed in 1935, taken from the Cornell bird site.  If you get a good look, you can see that the Ivorybill differs from the pileated in several ways (see here). 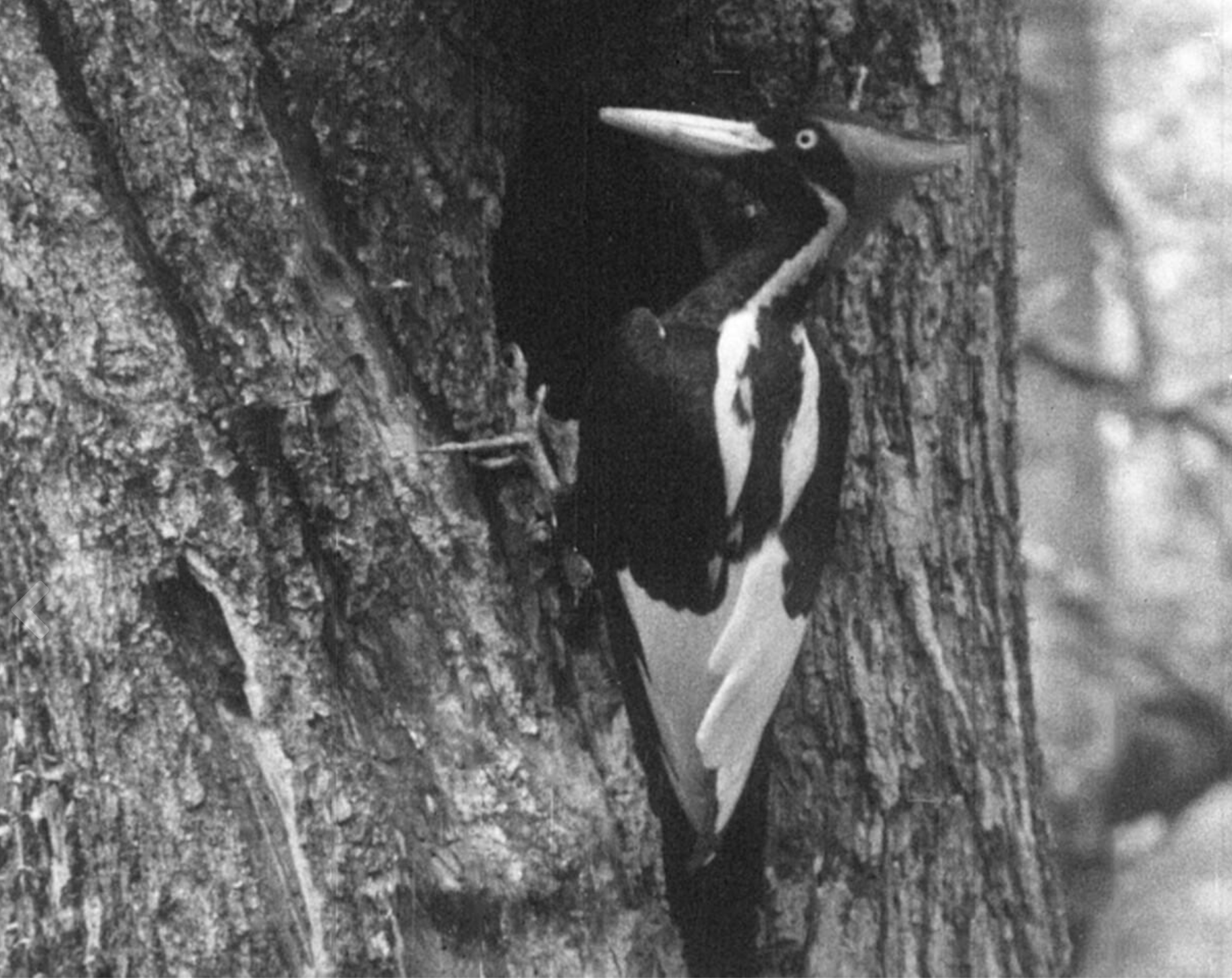