We don’t often get photos from South Africa, but it’s a place full of biological diversity. Today we have some pictures by Matthew Ware, whose IDs and notes are indented. Click to enlarge the pictures.

These photos are from the Blyde River Canyon and Dam area in Mpumalanga, north eastern South Africa. 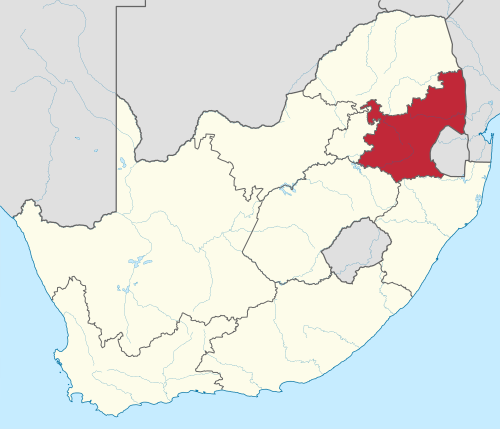 This is the third largest canyon in the world (though that’s open to some dispute, apparently) and forms part of the northern section of the Drakensberg Escarpment. It is 26 km in length and averages 750m in depth. The canyon consists mostly of red stone. The highest point of the canyon, Mariepskop is 1,944 m above sea level and has had a listening post for the SA Defence forces due to its height and proximity to the Zimbabwe and Mozambique borders.

The dam was constructed in 1975, primarily to serve as a reservoir for the local mining interests. 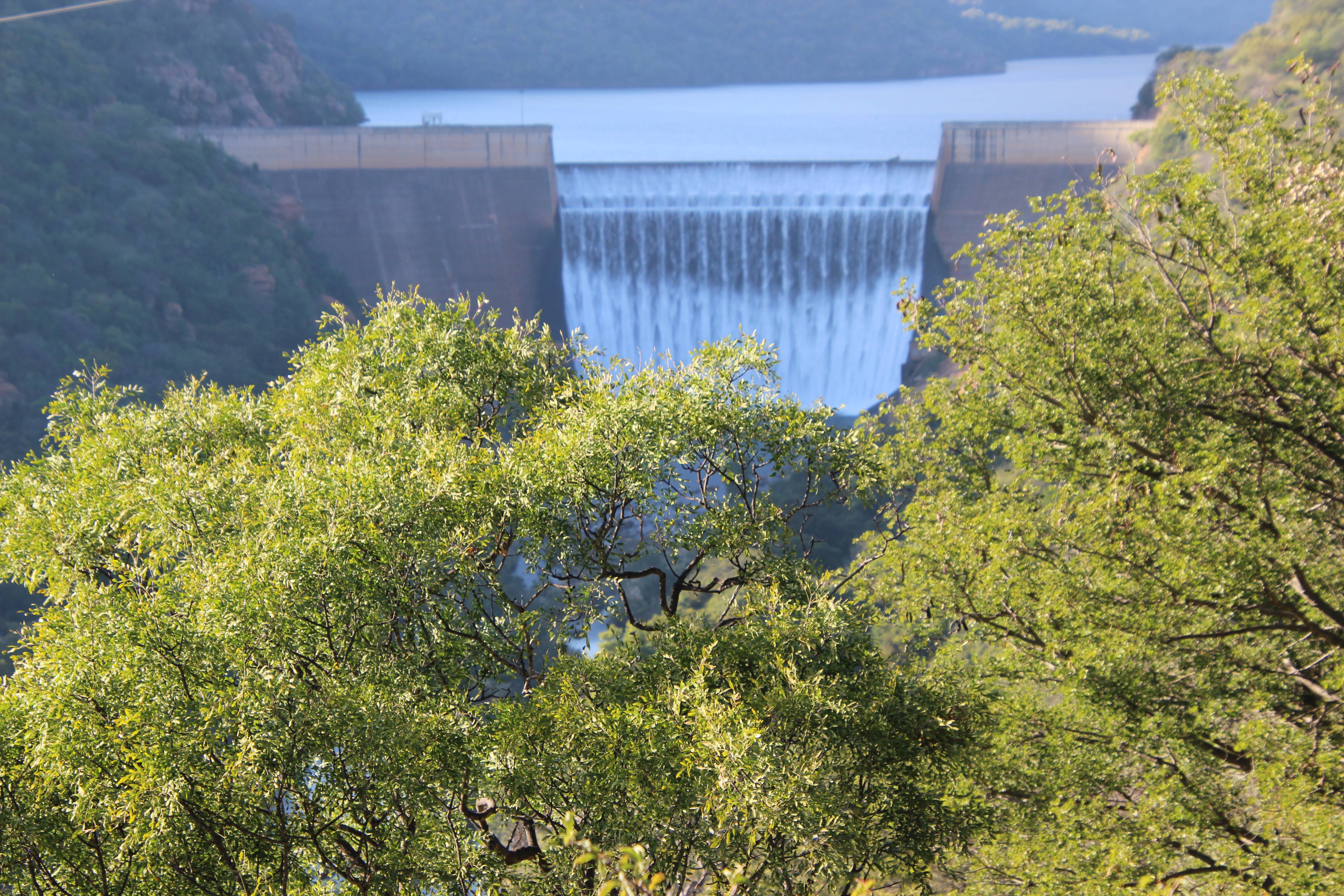 A view of the Dam wall from on the water. 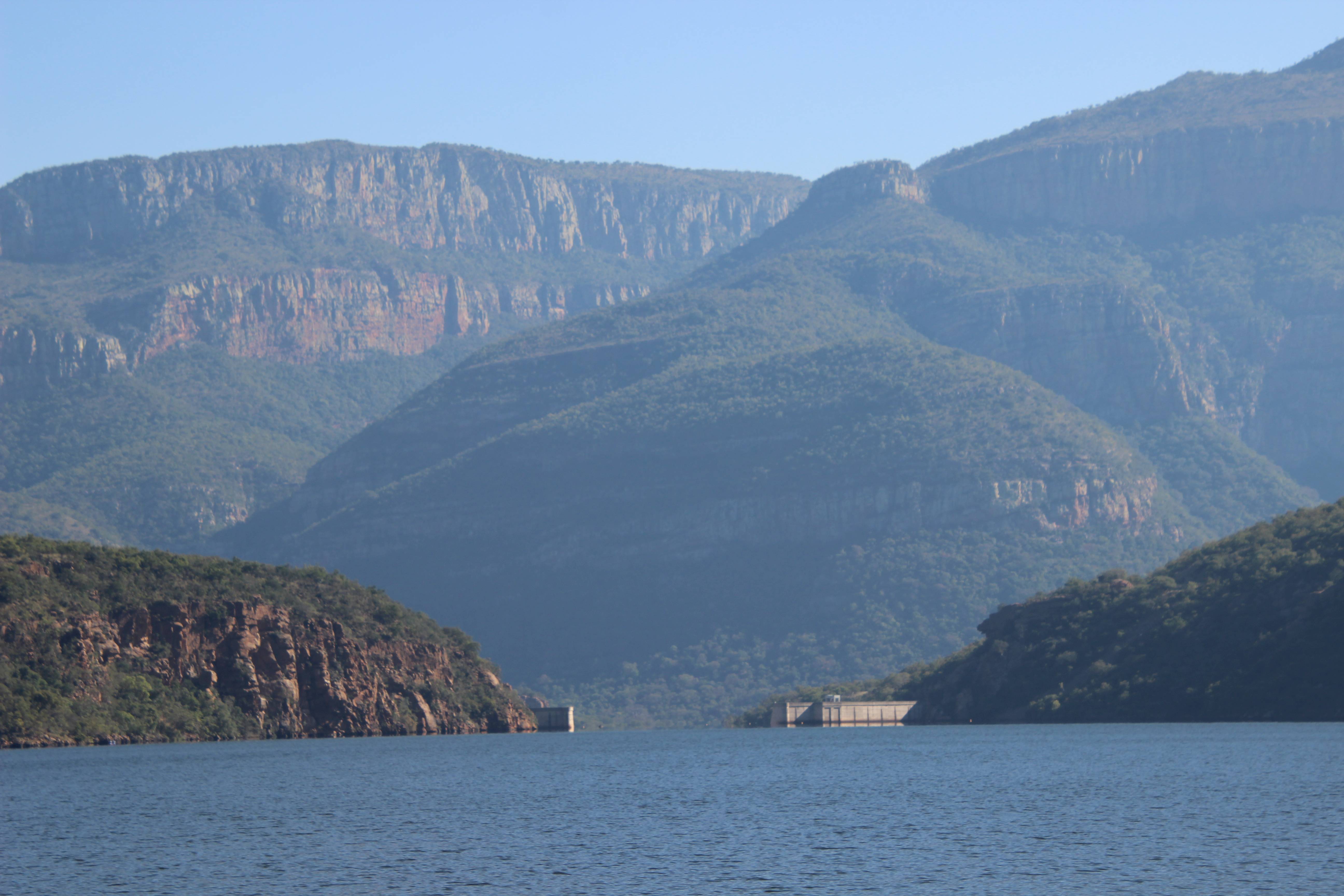 A view up the Blyde River. There are hippos in the river but we did not come across any. 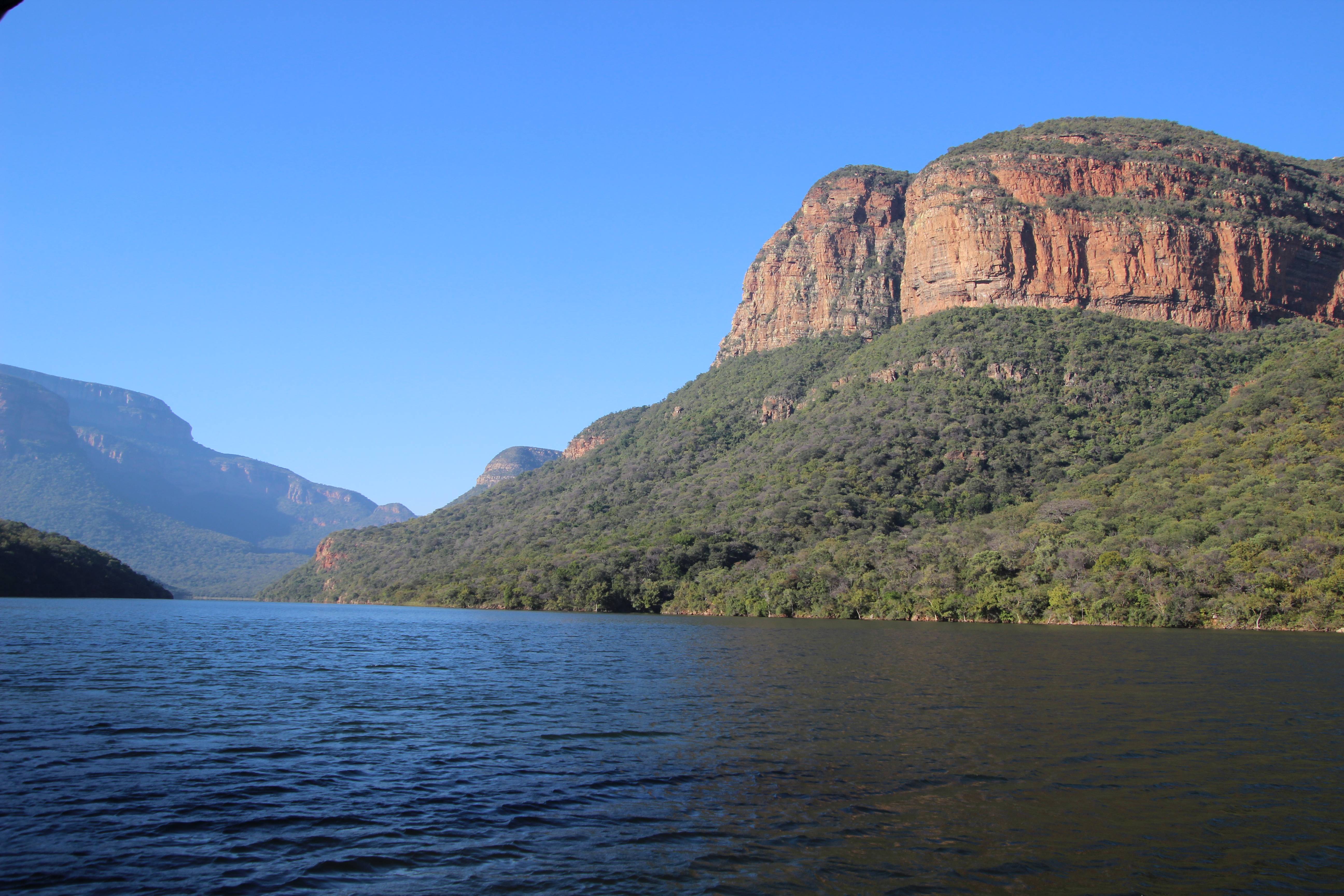 The Rondawels form 3 huge pinnacles of rock rising above the Blyde River canyon below. Once known as the Three Sisters. They are named Mogoladikwe, Magabolle and Maseroto after a local king’s wives. 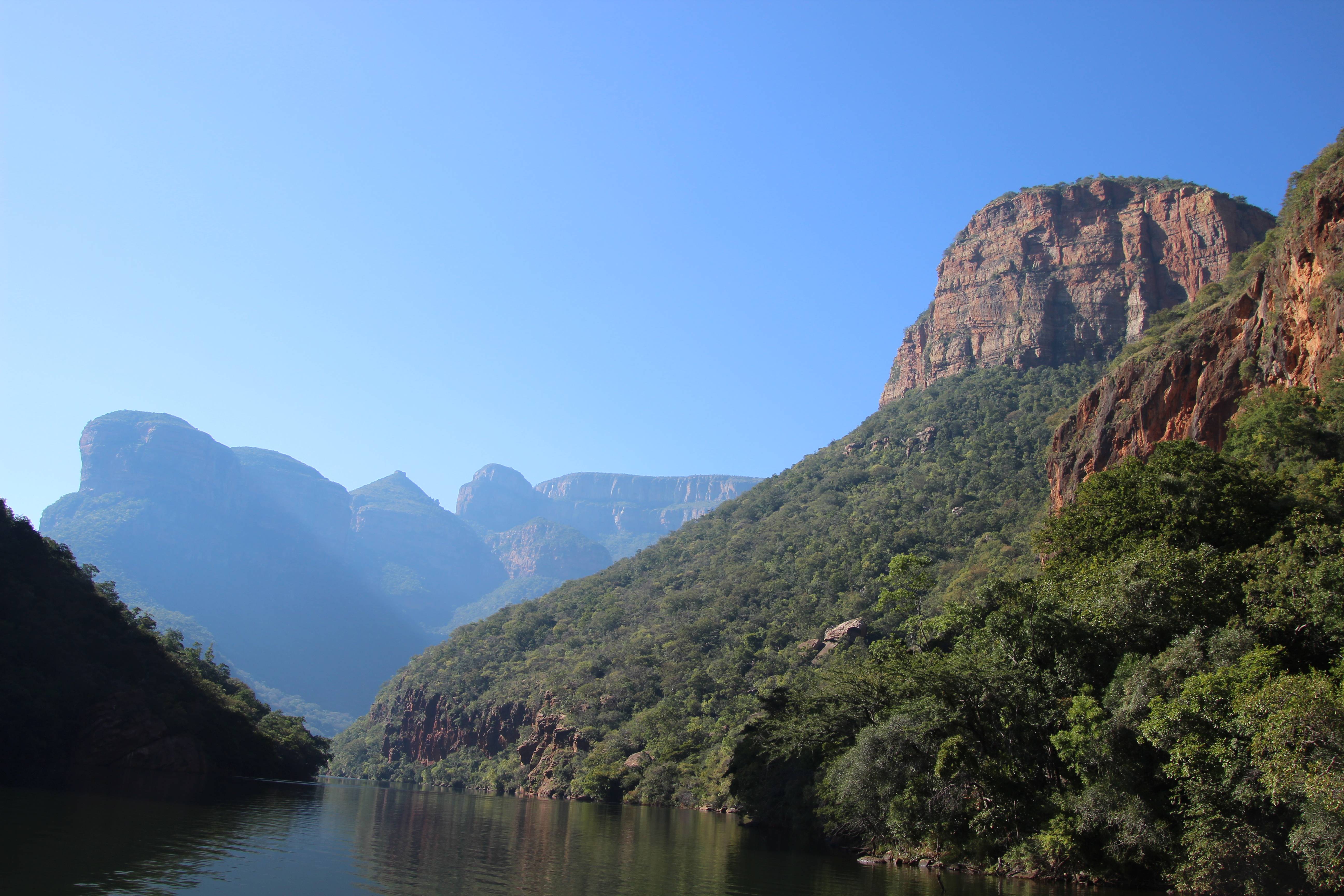 The ‘Monkey Face’ rock – may require some imagination on behalf of the viewer. 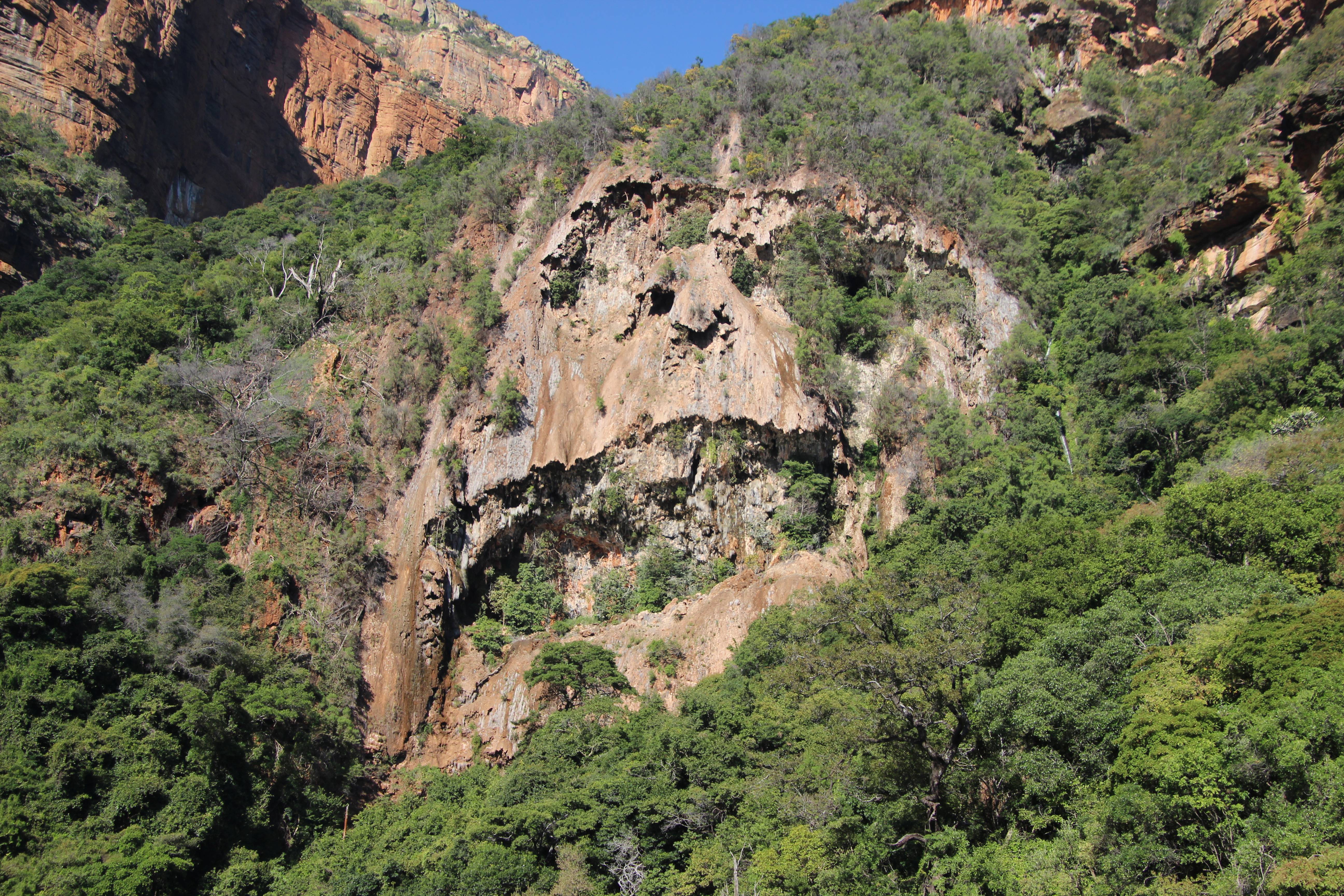 This is a Nile Monitor (Varanus niloticus), Africa’s largest lizard, growing up to 2.2m. 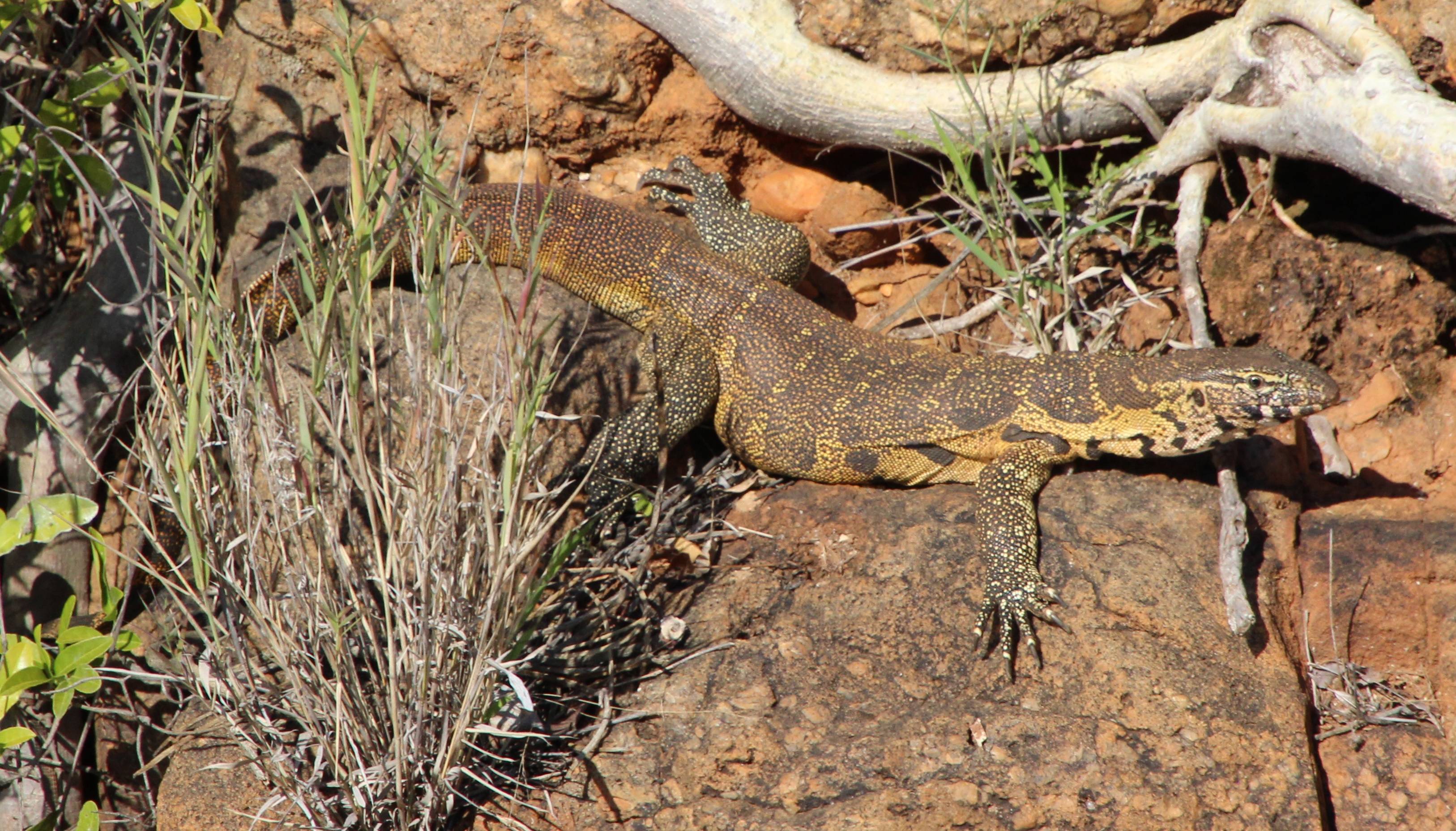 Nile crocodile (Crocodylus niloticus) sunning itself by the water. 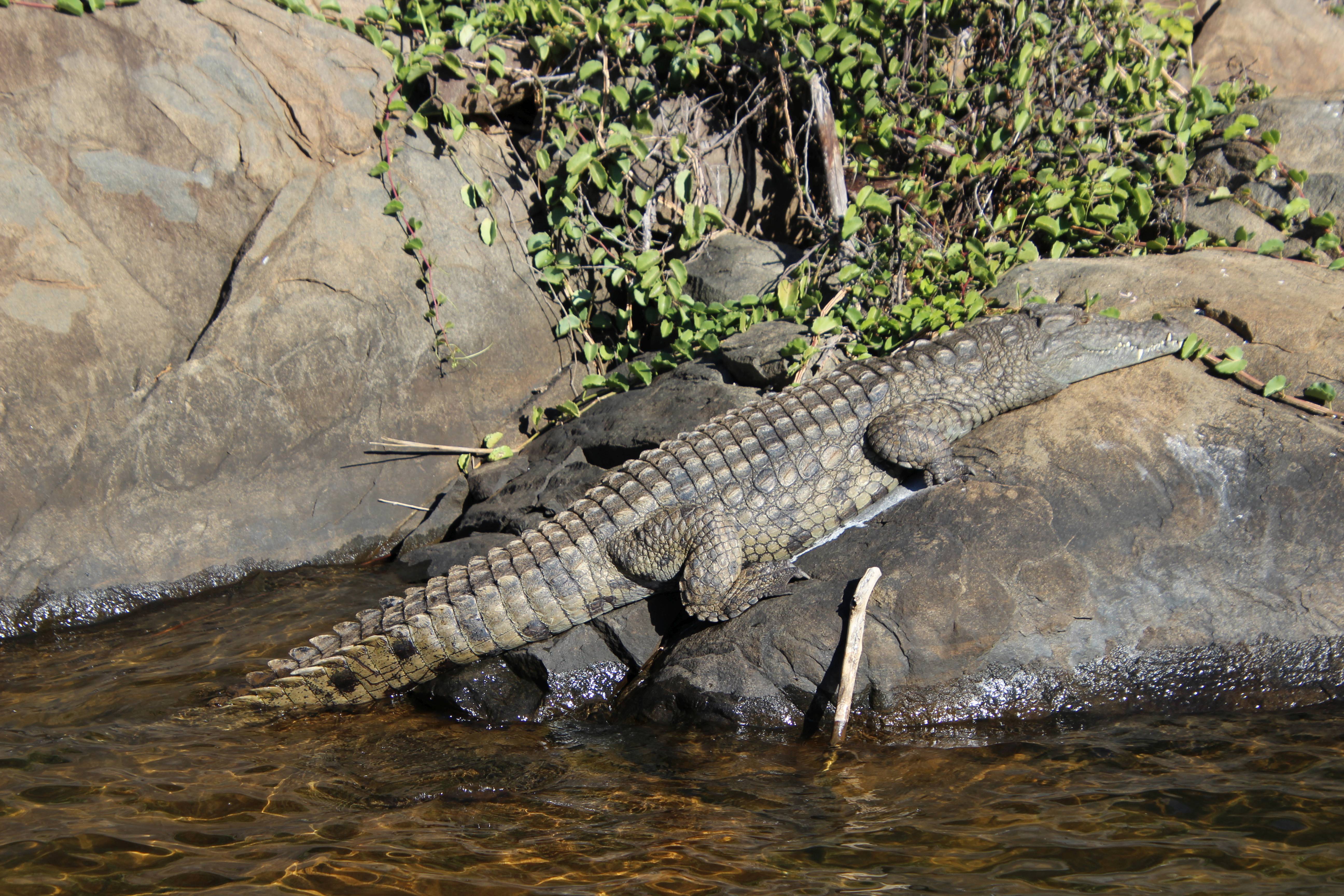 Close up head shot of the Nile crocodile. 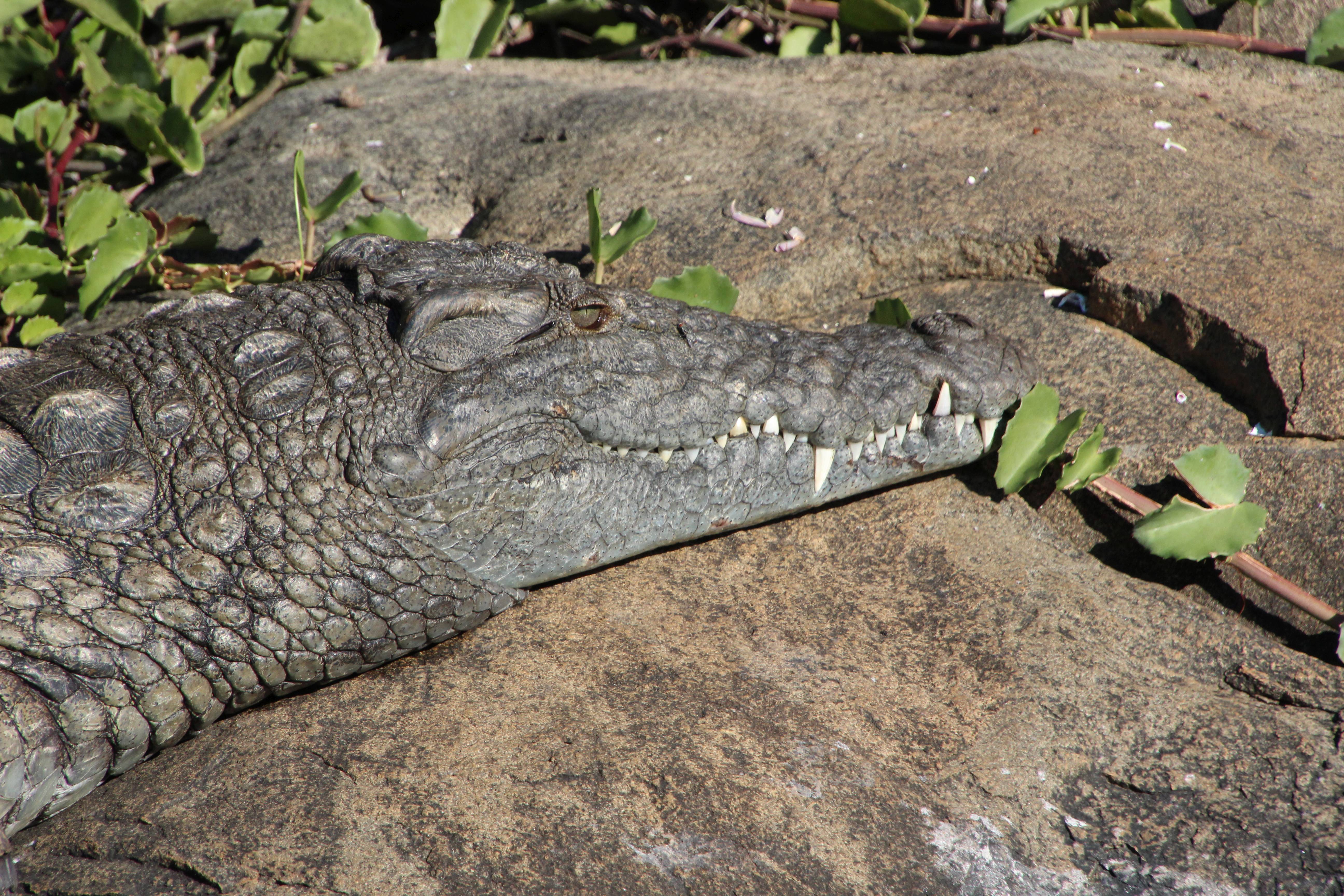 The African darter (Anhinga rufa), sometimes called the snakebird, is a water bird of southern Africa. Its feathers do not contain any oil and are therefore not waterproof. Because of this the bird is less buoyant and its diving capabilities are enhanced. After being in the water for some time, the feathers can become waterlogged. In order to dry out, it sits, wings outstretched, to get the most of the warm air and sunlight. 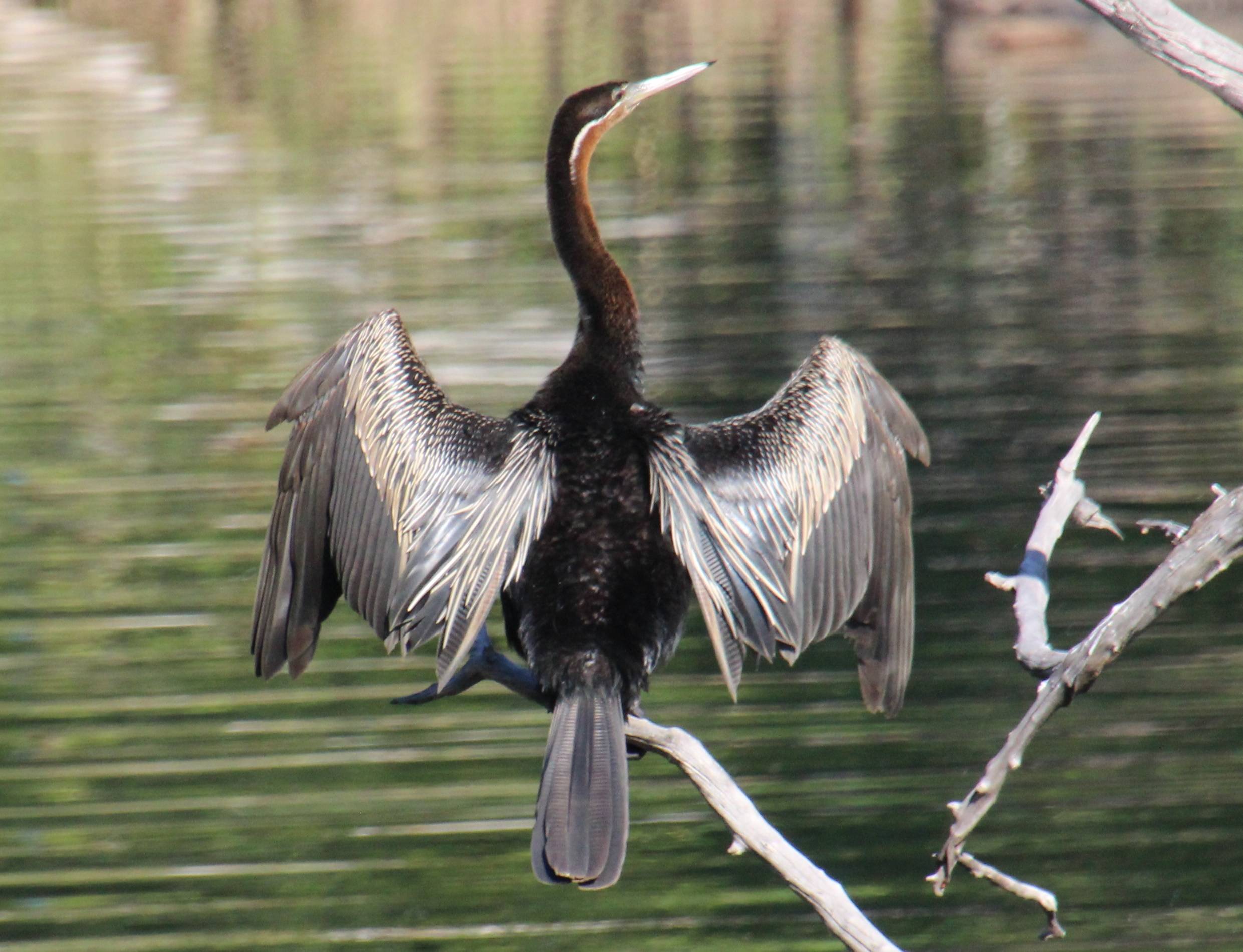 Silhouette of the African Darter. 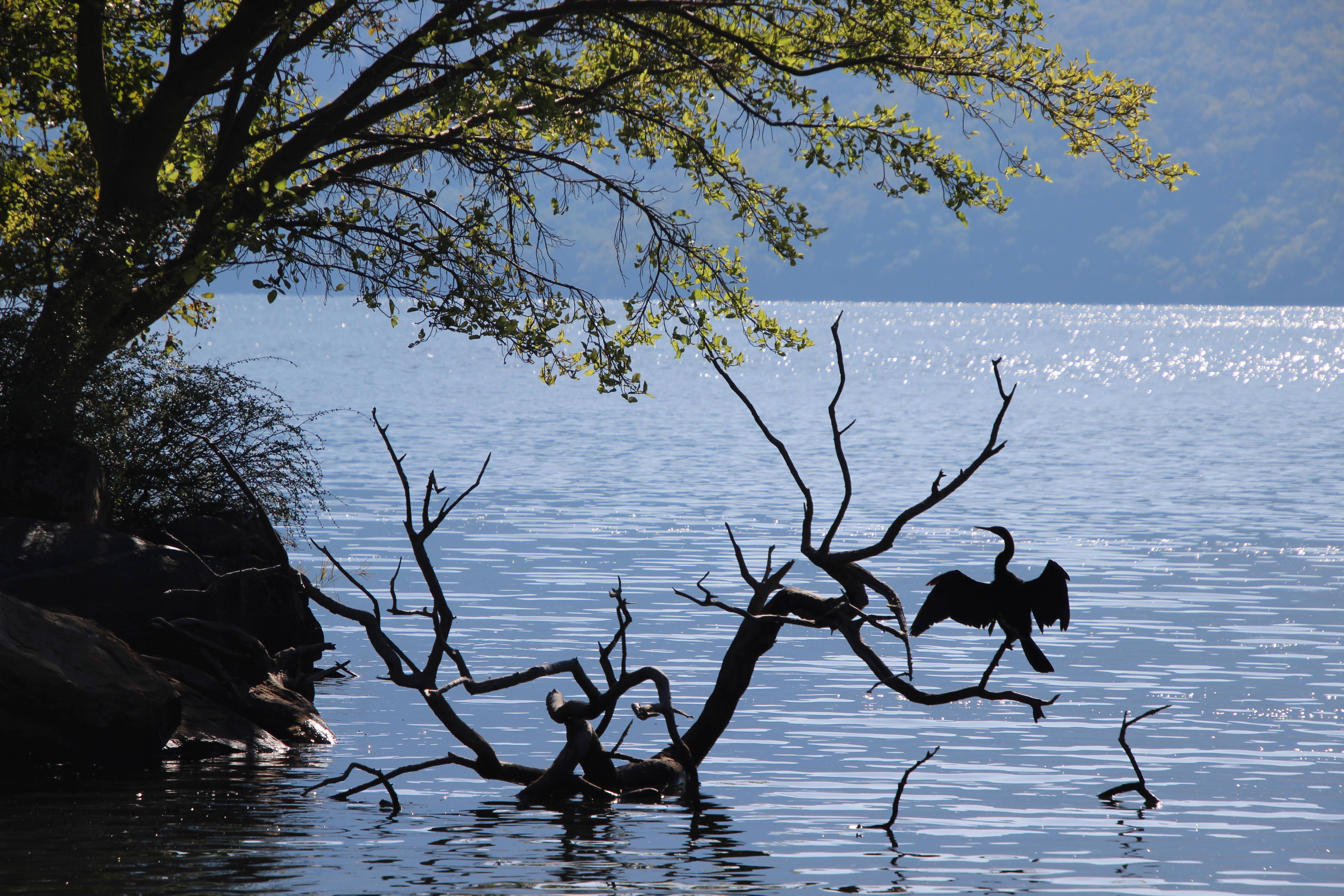