In anticipation of Caturday, we have two Big Cat photos from Pramod Gowda. His narrative is indented, and you can enlarge his photos by clicking on them:

Pramod had just this caption originally:

I’ve come across your website, and I’m really interested in sharing a couple of Wildlife photographs I’ve captured in the jungles of Southern India.

But of course I wanted more information, as I don’t think we’ve had tiger photos before, so I asked for more, and Pramod sent this:

These  tigers (Panthera tigris) were encountered in the Bandipur Tiger Reserve in Karnataka, India. Bandipur is one of the 5 tiger reserves in Karnataka and has the highest tiger population in the state.

These photographs were captured on a morning safari in the Indian winters.
This was one of the two subadults which was stalking the Indian Gaur (Bos gaurus) for a hunt on a winter morning. While the Indian Gaur struggled to keep its pace with the tiger, it was one of the finest sights I’ve had in the jungles of Karnataka.  Eventually, the Gaur escaped into the bushes, and with that the tiger disappeared as well moments later. 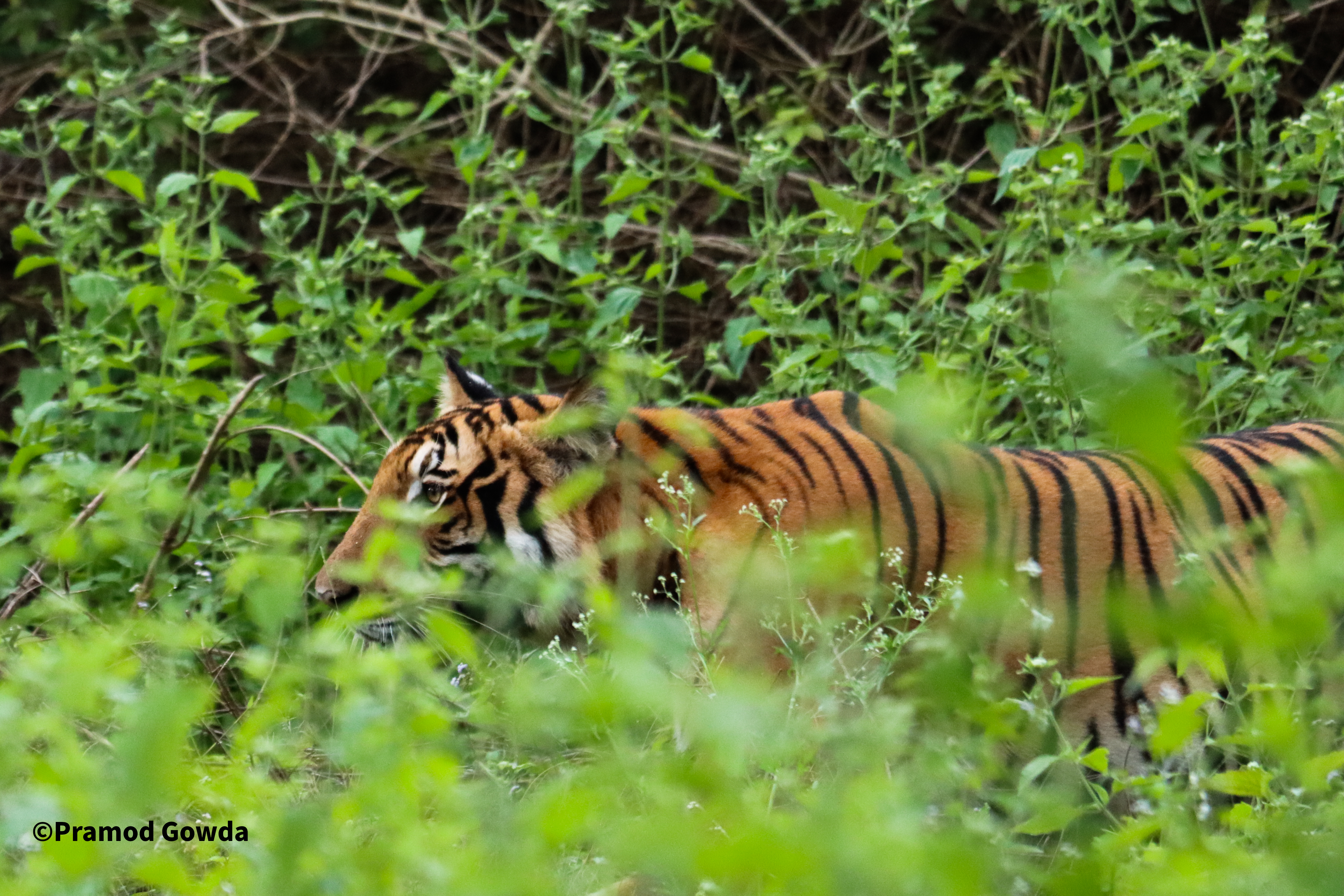 (Below) This was a fully grown adult male who’d just moved out of its old territory and looking for a new territory.   He was barely 50 meters away head-on and by far the best tiger sighting I’ve had thus far.

As he kept coming towards us, we’d have to keep driving the Jeep backwards for nearly a kilometer. He was old, bold and fearsome, and something I’ll always cherish every time I step into the woods of Bandipur. I’ve had a lot of encounters in the jungles of Bandipur and Nagarahole in Karnataka over the past few years, but, I’ve never seen any tiger who’s as brave as this one—ever! 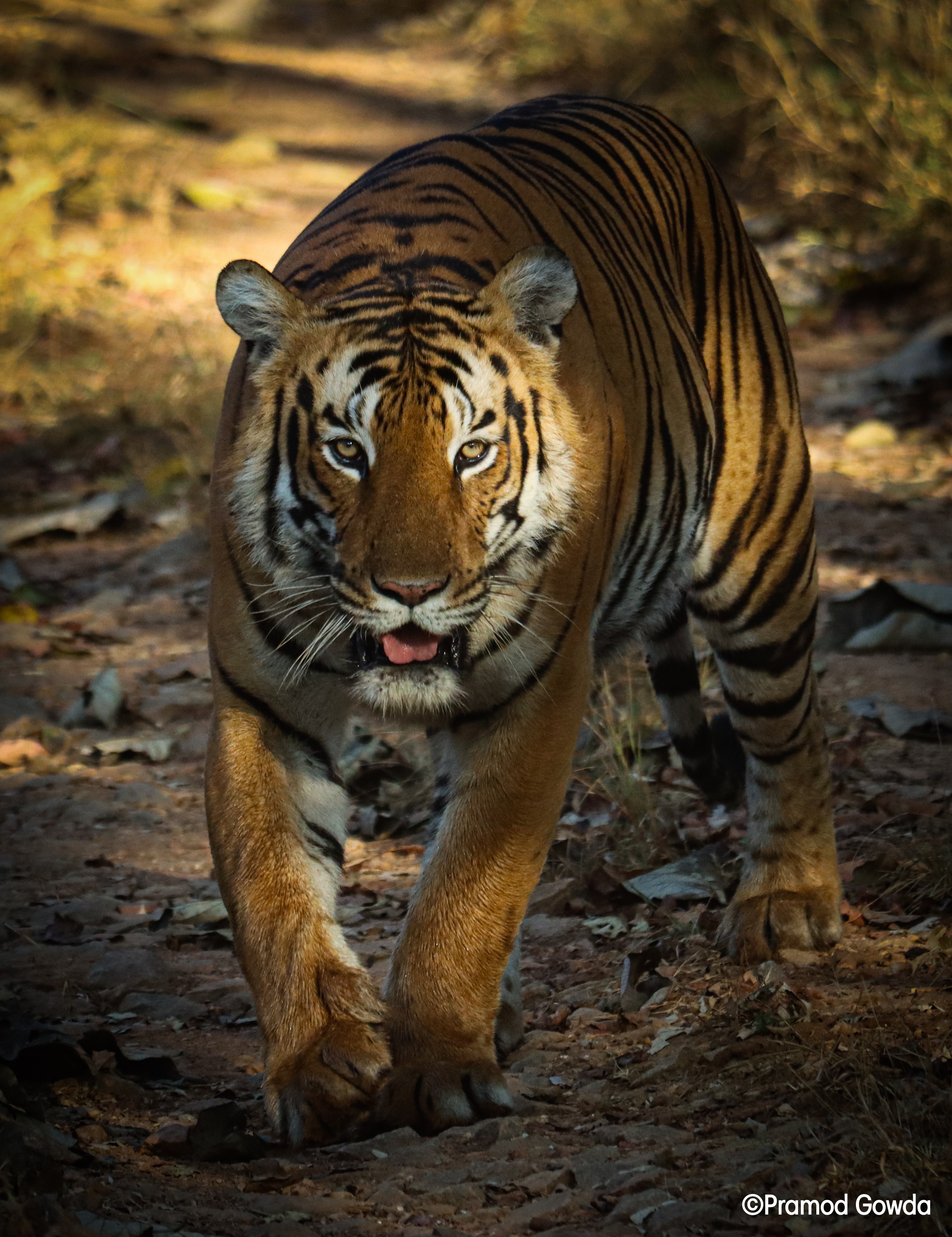 JAC: Here’s a map showing the location of this reserve: 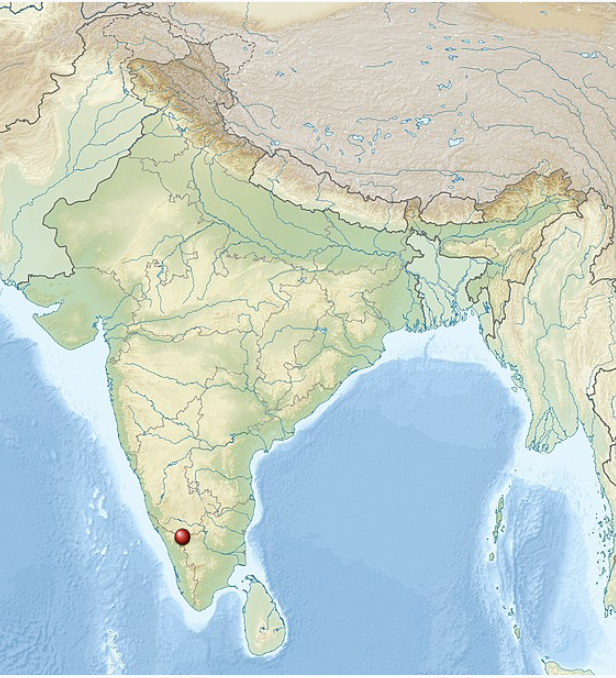