In her terrific new article in Free Inquiry—”a bimonthly journal of secular humanist opinion and commentary published by the Council for Secular Humanism, a program of the Center for Inquiry”—Robyn Blumner gives voice to things that have been bubbling up inside many of us but haven’t been expressed, either because we haven’t thought deeply about them or because what she has to say is unwelcome to many. (Blumner is president and CEO of the Center for Inquiry, CFI, and executive director of the Richard Dawkins Foundation for Reason and Science.)

And her message is this: identitarianism, which she defines from the Urban Dictionary as “A person or ideology that espouses that group identity is the most important thing about a person, and that justice and power must be viewed primarily on the basis of group identity rather than individual merit”—is, as her title shows, incompatible with humanism, a movement which she characterizes in a quote from Paul Kurtz, one of her predecessors:

“The Affirmations of Humanism”: We attempt to transcend divisive parochial loyalties based on race, religion, gender, nationality, creed, class, sexual orientation, or ethnicity and strive to work together for the common good of humanity. (Paul Kurtz, Free Inquiry, Spring 1987)

Click to read her piece. When I’m writing about a piece such as hers, I first print it out (I can’t read seriously on a screen) and then underline the parts I find most important or quotable. In this case, however, I wound up underlining the whole thing, as there’s not a word wasted. Rather than just give up and say “go read it” (you should and perhaps I should have just written that), I’ll give a couple of quote and perhaps my own take, but read it yourself for free:

The division has to do with a fundamental precept of humanism, that enriching human individuality and celebrating the individual is the basis upon which humanism is built. Humanism valorizes the individual—and with good reason; we are each the hero of our own story. Not only is one’s individual sovereignty more essential to the humanist project than one’s group affiliation, but fighting for individual freedom—which includes freedom of conscience, speech, and inquiry—is part of the writ-large agenda of humanism. It unleashes creativity and grants us the breathing space to be agents in our own lives.

Or at least that idea used to be at the core of humanism.

Today, there is a subpart of humanists, identitarians, who are suspicious of individuals and their freedoms. They do not want a free society if it means some people will use their freedom to express ideas with which they disagree. They see everything through a narrow affiliative lens of race, gender, ethnicity, or other demographic category and seek to shield groups that they see as marginalized by ostensible psychic harms inflicted by the speech of others.

This has given rise to a corrosive cultural environment awash in controversial speakers being shouted down on college campuses; even liberal professors and newspaper editors losing their jobs for tiny, one-off slights; the cancellation of great historical figures for being men of their time; and a range of outlandish claims of microaggressions, cultural appropriation, and other crimes against current orthodoxy.

It has pitted humanists who stand for foundational civil liberties principles such as free speech and equal protection under the law against others on the political Left who think individual freedoms should give way when they fail to serve the interests of select identity groups. The most important feature of the symbol of justice is not her sword or scales; it is her blindfold. Identitarians would pull it off so she could benefit certain groups over others.

To show the misguided priorities of the identitarian project, Blumner slips in a description of an egregious act by the American Humanist Association, a group that, despite its avowed mission, has become too woke to bear.

Good people with humanist hearts have been pilloried if they don’t subscribe to every jot and tittle of the identitarian gospel. A prime example is the decision last year by the American Humanist Association (AHA) to retract its 1996 award to Richard Dawkins as Humanist of the Year. The man who has done more than anyone alive to advance evolutionary biology and the public’s understanding of that science, who has brought the light of atheism to millions of people, and whose vociferous opposition to Donald Trump and Brexit certainly must have burnished his liberal cred became radioactive because of one tweet on transgender issues that the AHA didn’t like.

Blumner will certainly be demonized herself for the piece, as she criticize divisiveness, which is engineered deliberately by many so-called humanists who prefer exhibiting their virtue to improving society, and (like me) favors equality of opportunity over “equity” (equal outcomes):

This is what identitarians have wrought. Rather than lifting up individuals and imbuing them with autonomy and all the extraordinary uniqueness that flows from it, identitarians would divide us all into racial,  ethnic,  and  gender-based groups and make that group affiliation our defining characteristic. This has the distorting effect of obliterating personal agency, rewarding group victimhood, and incentivizing competition to be seen as the most oppressed.

In addition to being inherently divisive, this is self-reinforcing defeatism. It results in extreme examples, such as a draft plan in California to deemphasize calculus as a response to persistent racial gaps in math achievement,  Suddenly a subject as racially neutral as math has become a flashpoint for identitarians set on ensuring equality of outcomes for certain groups rather than the far-more just standard of equality of opportunity. In this freighted environment, reducing the need for rigor and eliminating challenging standards becomes a feasible solution. The notion of individual merit or recognition that some students are better at math than others becomes racially tinged and suspect.

Not only does the truth suffer under this assault on common sense, but we start to live in a Harrison Bergeron world where one’s natural skills are necessarily sacrificed on the altar of equality or, in today’s parlance, equity.

Of course, the identitarians’ focus is not just on racial issues. Gender divisions also play out on center stage. I was at a secular conference recently when a humanist leader expressed the view that if you don’t have a uterus, you have no business speaking about abortion.

Well, that’s going to get people’s dander up, but it’s good that someone with both power and credibility has said it. It is the drive for equity, not simple equality of opportunity, that is bringing the Left to its knees.

Blumner goes on to affirm that you don’t have to be a cop to have a opinion on cops, a poor person to have an opinion on poverty, and so on.  We’ve tacitly but mistakenly agreed on the Left that you can address problems relevant to an issue only if you have the correct racial, gender, or class credentials to expound on that issue.  And that’s what drives us apart: the notion that society is collection of moieties, each of which can only suggest solutions to its own problems. The basis of humanistic concern, the individual, is effaced, and here she quotes Kurtz again:

If the Affirmation quoted at the beginning of this article that rejects “divisive parochial loyalties” based on facile group affiliations isn’t a rejection of identitarianism, I don’t know what is. In his 1968 essay “Humanism and the Freedom of the Individual,” Kurtz stated bluntly:

Any humanism that does not cherish the individual, I am prepared to argue, is neither humanistic nor humanitarian. . .  Any humanism worthy of the name should be concerned with the preservation of the individual personality with all of its unique idiosyncrasies and peculiarities. We need a society in which the full and free development of every individual is the ruling principle. The existence of individual freedom thus is an essential condition for the social good and a necessary end of humanitarianism.

The individual is the most important unit in humanism. When our individuality is stripped away so we can be fitted into prescribed identity groups instead, something essential to the humanist project is lost. Those pushing for this conception of society are misconstruing humanism, diminishing human potential and self-actualization, and driving a wedge between good people everywhere.

Robyn is not saying that humanists shouldn’t concentrate on alleviating the problems specific to groups like women (viz. abortion rights) or minorities. Neglecting that there are group afflictions is in fact contrary to humanism. What she is emphasizing is that those problems should be tackled together, that no single problem should get overweening attention over others, and, most important, that nobody has a priority of opinion over others based on their gender, race, class, and so on.  If you adhere to the free-speech assumption that a clash of ideas is essential to moral and social improvement, then eliminating all groups but one or two from discussing an issue is a recipe for disaster.

At any rate, this piece is your reading for the day. 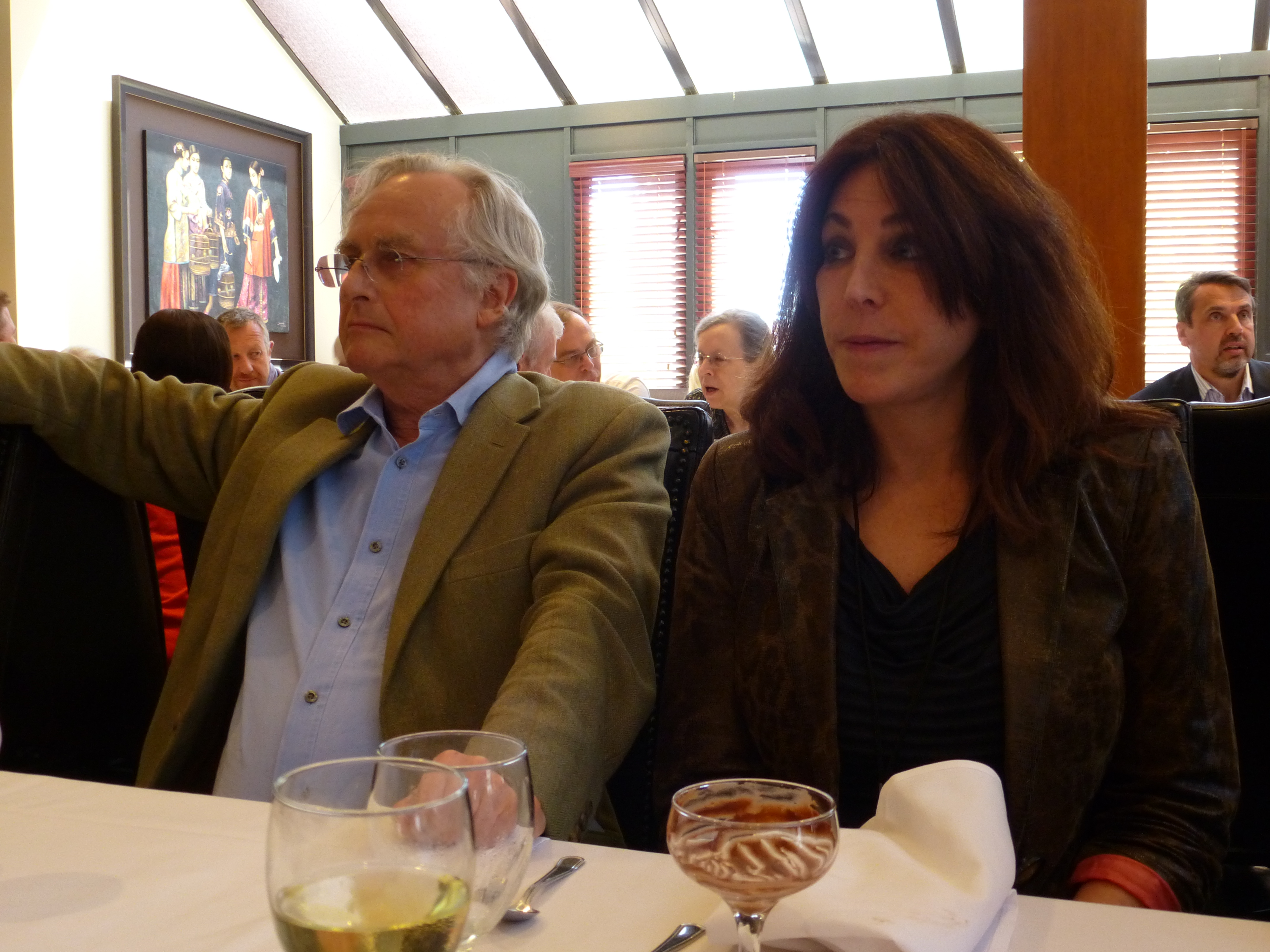 34 thoughts on “Robyn Blumner on humanism vs. identitarianism”