There is a lack of news today, so I’ll just add this. I have started developing swimmer’s itch again (“cercarial dermatitis“, caused by flatworm larvae associated with waterforwl). I had it last year, and it was dreadful, with an itchy red rash (and I mean itchy) that lasts several weeks. Scratching is useless; only prescription creams offer temporary relief.

This came, of course, from my double immersion in Botany Pond a week ago to rescue an orphan duckling some peabrain put there. Although I failed to rescue it, a student named Brandon did, and it’s now in rehab. As for me, I thought I’d come off scot-free this time because the water was cold and we don’t have many ducks.

No such luck. The rash, due to an immune reaction from the larvae that drilled into me, is starting, and since I was completely underwater once or twice it’s on my hands, feet, belly, and, well, everywhere. When I called the doc to get some prescription steroid cream, I realized that I may have incurred more duck-related injuries than anyone whose job isn’t to raise ducks.

2.) Head laceration from running into a tree while chasing drake malefactors

3) Serious ear laceration (11 stitches, some double) from snagging my ear on a tree branch while chasing duck malefactors

4.) Swimmer’s itch, bout 2 (both from attempting to rescue orphan ducklings

5.) Badly banged up knee from falling into the pond several years ago.

Non-medical injury: lost my glasses ($200) while trying to catch a duckling in the main pond. Couldn’t find them in the muddy pond bottom. (BTW, all orphans have been successfully caught and rehabbed.)

I won’t show pictures of the wounds themselves, but I had to tell my doctor that I’m sure he’s never had a patient with so many duck-related complaints. He agreed. But of course I’d do it all over again to save the ducks. I do love me some waterfowl. 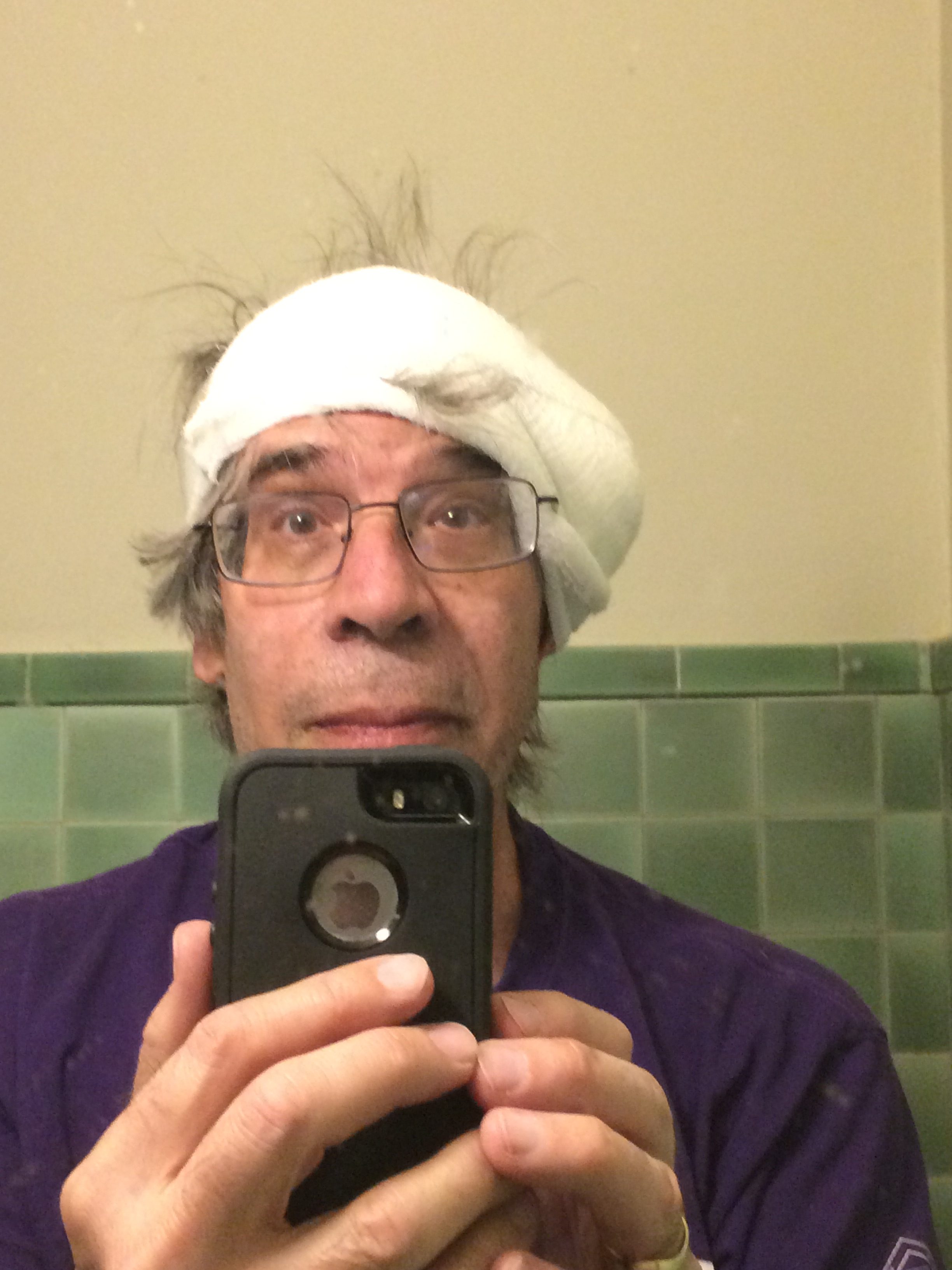 And remember, try not to go swimming in ponds where there are ducks. (My swim was of course involuntary.)

28 thoughts on “My duck-related injuries”