Our contributor today is Christopher Starr, a retired Professor of Entomology at the University of the West Indies in Trinidad and Tobago.  His photos span a range of taxa. Christopher’s captions are indented, and you can enlarge his photos by clicking on them. (See his first contribution here.) His captions and IDs are indented, and you can enlarge the photos by clicking on them.

In the early morning, before the sun got hot, I consistently saw bright red velvet mites (Trombiculiidae) walking in the open on a sandy surface.  They were large (about the size of a raisin), soft-bodied and very conspicuous, yet the abundant agamid lizards were not eating them.  Wondering if they were protected by defensive chemicals, I tasted one, and sure enough.  It was so dreadfully bitter that I couldn’t bring myself to try another, so my sample size remains at one.  Ghana. 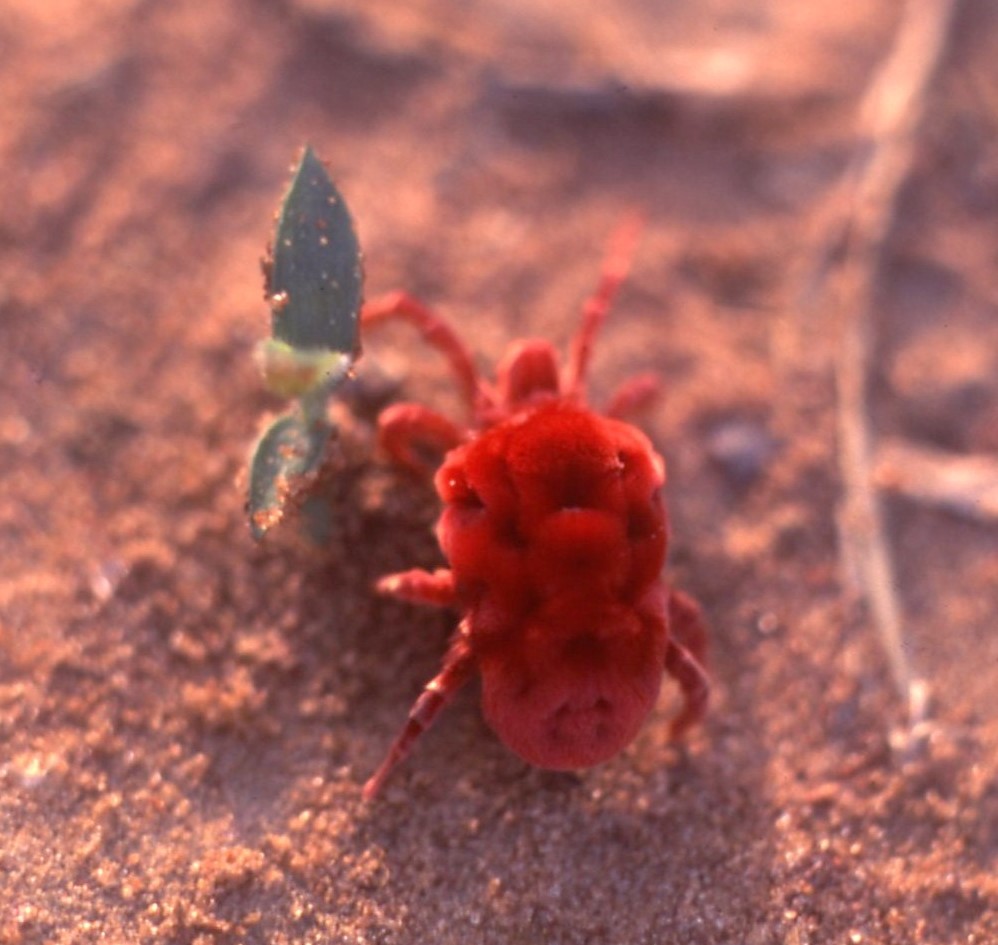 We are all familiar with mimicry, in which the mimic gains an advantage when the predator mistakes it for something else: a type-1 error.  Those of us with an eye for mimicry sometimes make a type-2 error by mistakenly seeing a deception where there is none.  Coming upon this dried, twisted vine, my reaction was “Aha, a snake camouflaged as a vine.”   Georgia. 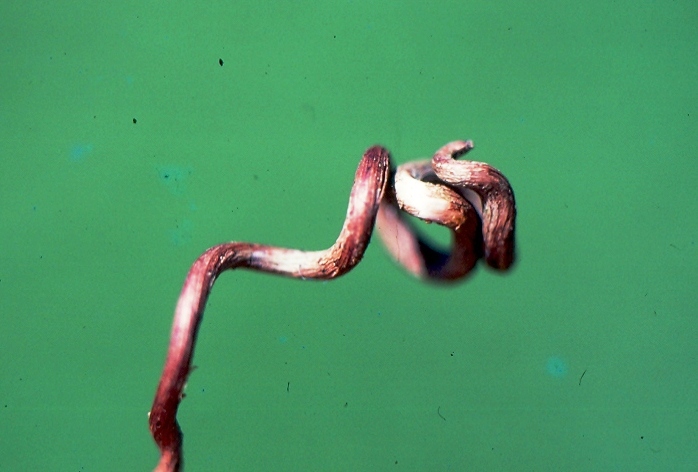 The pachyrhychine weevils are a distinctive, extremely hard-bodied group almost entirely restricted to the Philippines and the Pacific islands fringing Taiwan. Pachyrhynchus tobafolius (first photo) is sympatric with an unidentified otiorhychine weevil (second photo), which has the appearance of being one of its mimics. 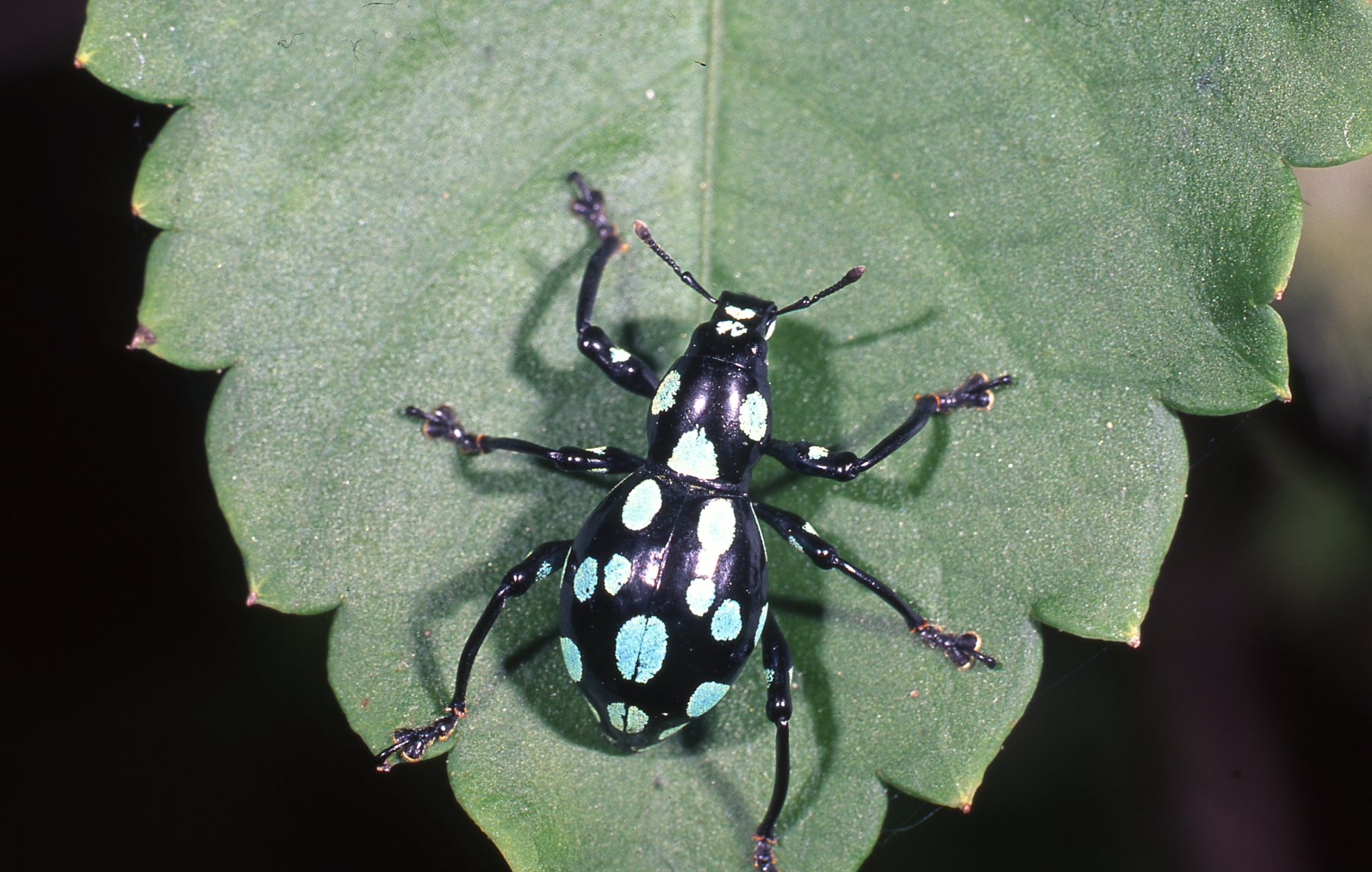 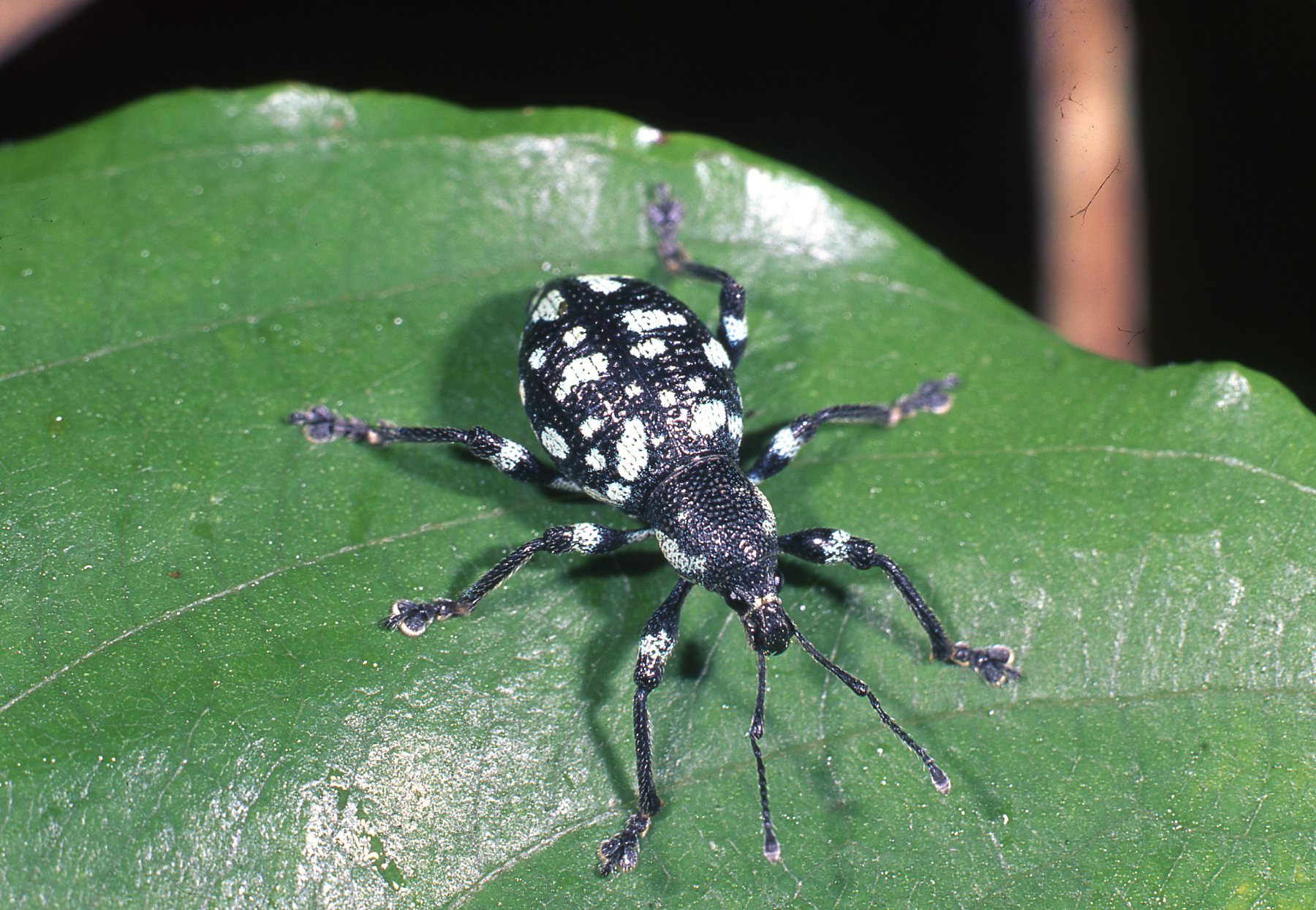 Although it is highly venomous, the fer-de-lance, Bothrops asper, avoids contact with humans and other large animals.  Note the effective camouflage of this one, which was lying immobile against a backdrop of vegetation. Trinidad. 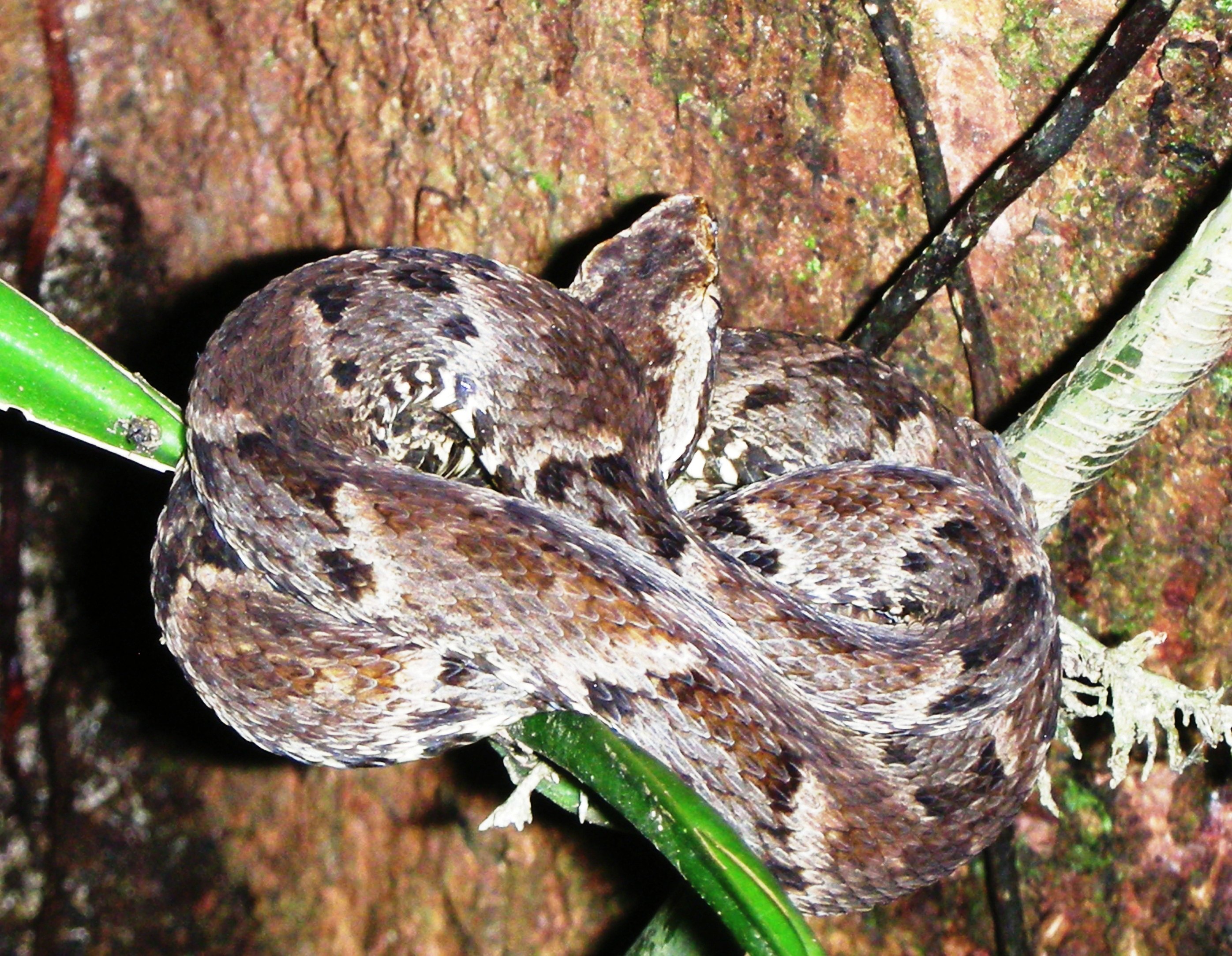 This male Anolis lizard in the process of shedding his skin ate the old skin as it came loose.  Costa Rica. 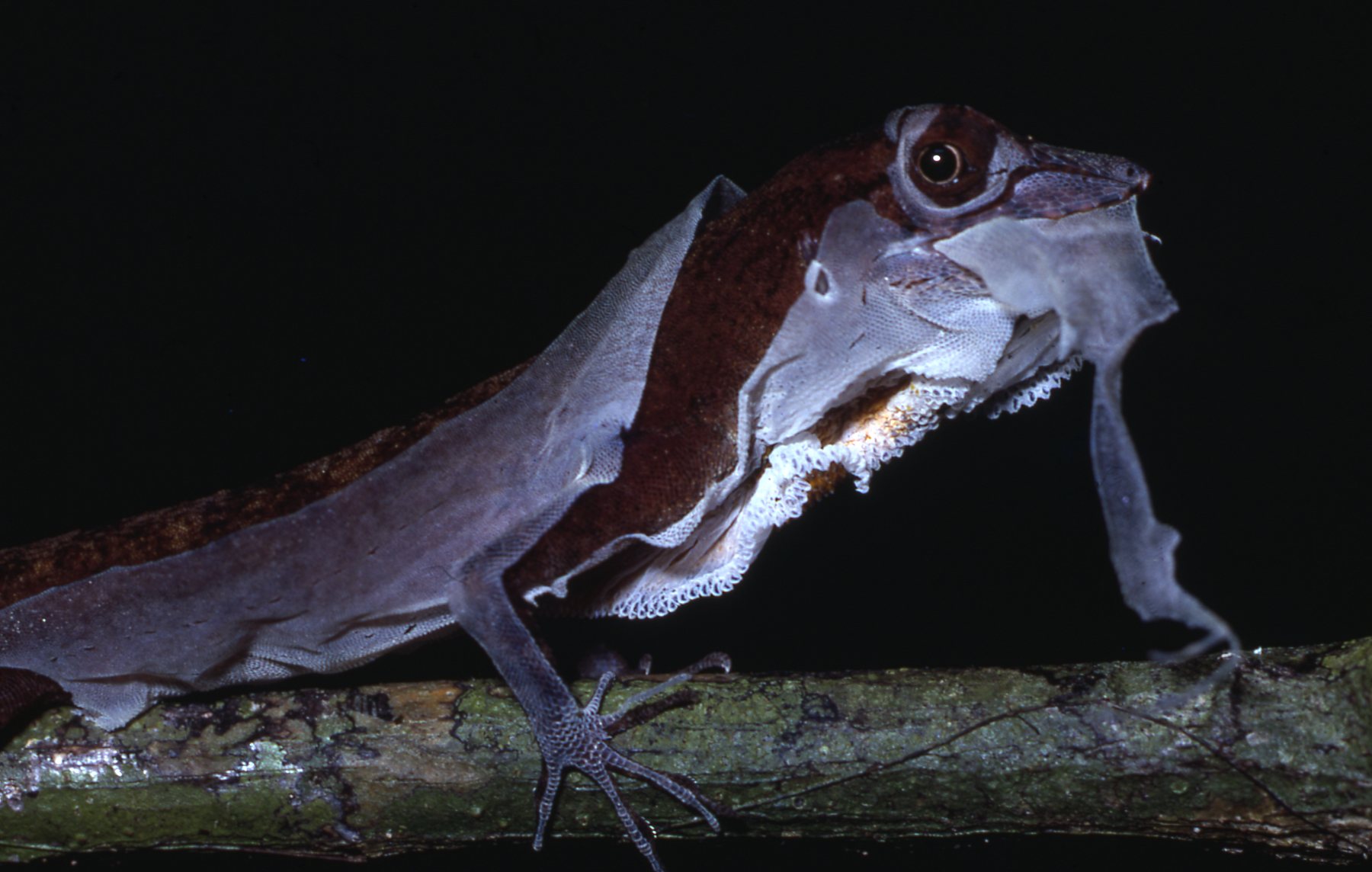 Trinidad’s Pitch Lake is analogous to the La Brea Tar Pits in California.  Unlike La Brea, the Pitch Lake has not been mined for fossils, which it very likely contains.  This caiman was trapped in the surface tar and gradually sinking into it, possibly on its way to becoming a fossil.  Trinidad. 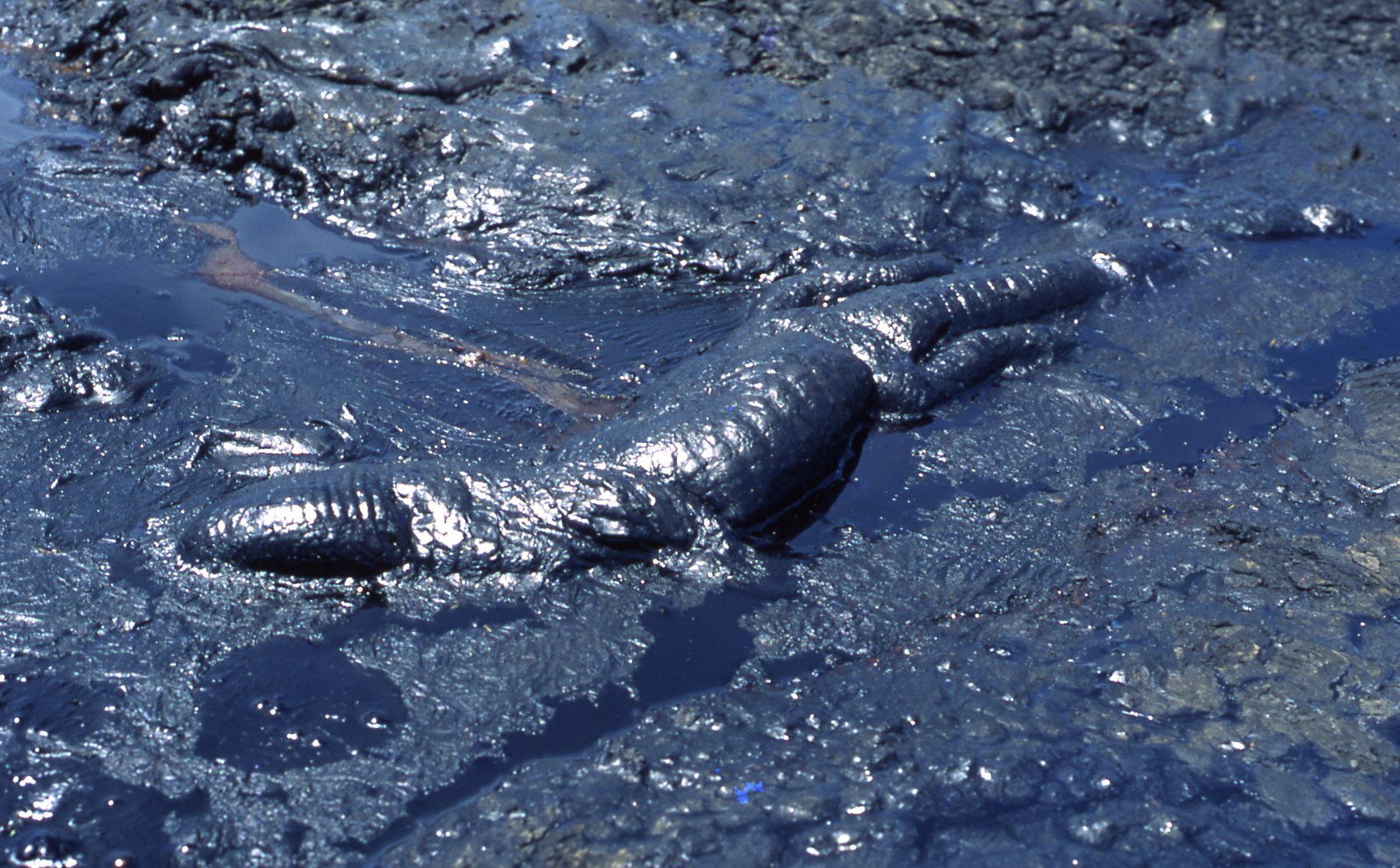 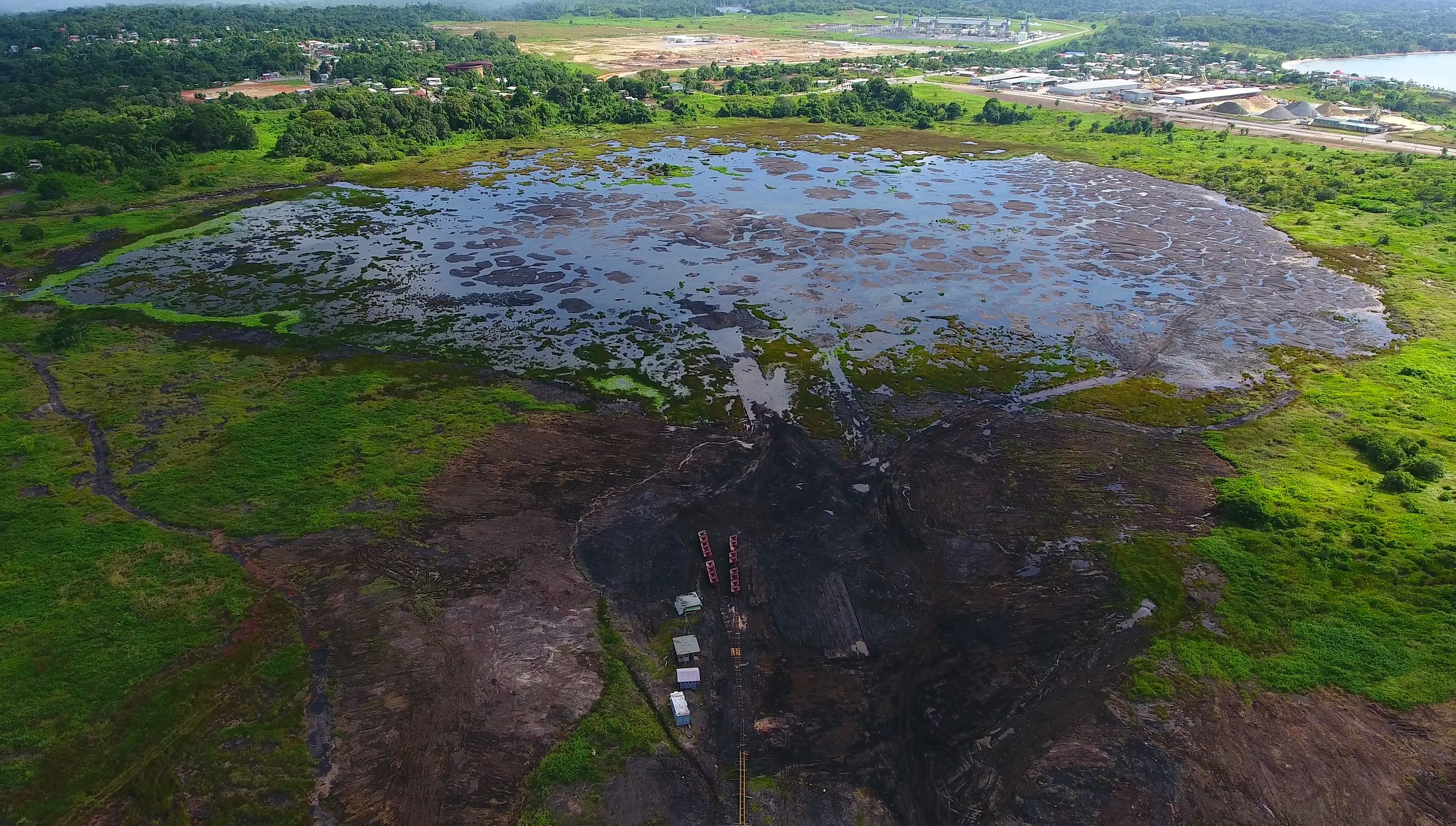 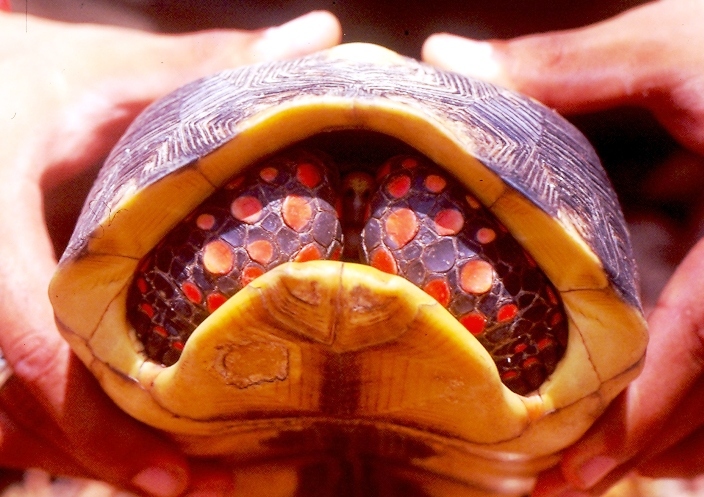 This newly-hatched Gonnatodes gecko was fully active from the moment it broke out of its shell.  Trinidad. 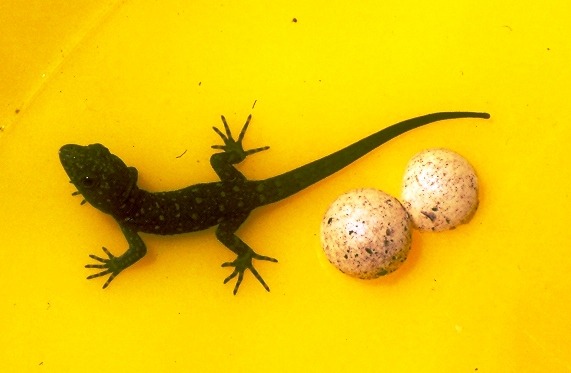 In studying the responses of various orb-weaving spiders to a simulated predatory disturbance, I found that common cross spider, Araneus diadematus, has one that I have not seen in any other. In the early stages of the disturbance, the spider raises its forelegs as if to parry the intruder.  Italy. 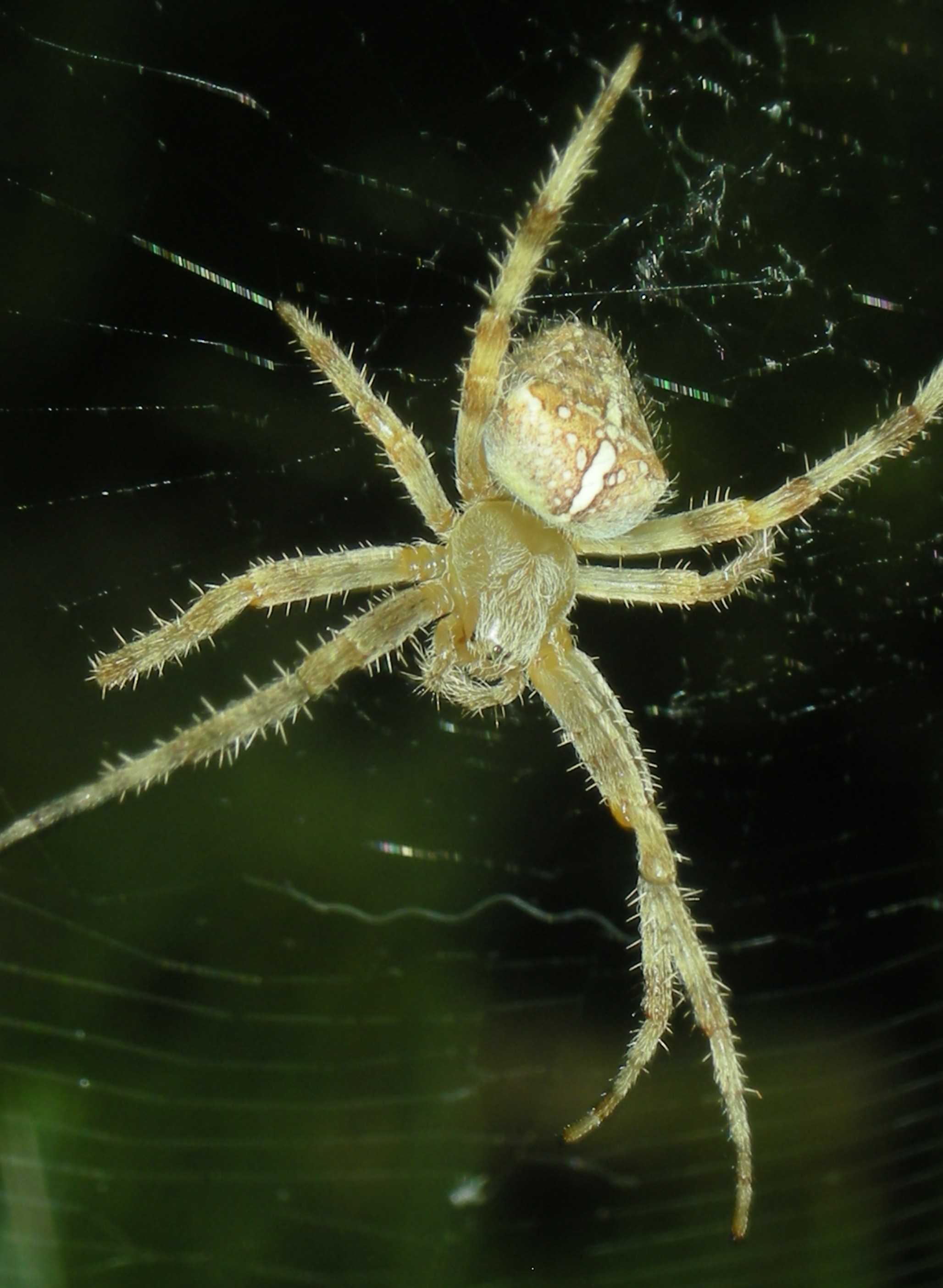 In some parts of its range, the large pink-toed tarantula, Avicularia avicularia, is common in rural buildings, including in my house.  I have often seen visitors startled and even fearful when encountering one fo these, but I like having them around. Trinidad. 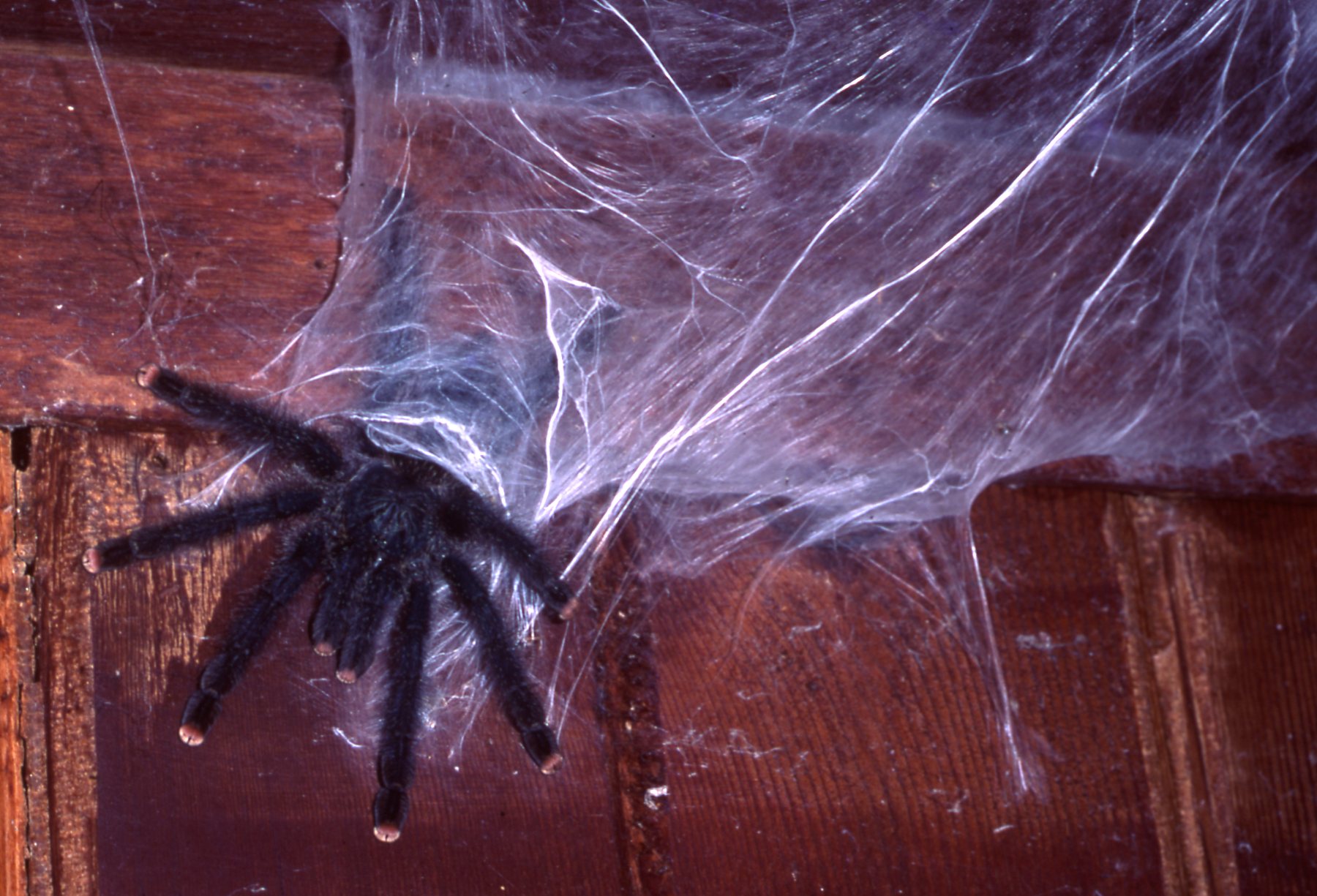 I have usually found this Hersilia sp. building its web on the surface of tree trunks and sitting in the middle of it, flattened and well camouflaged.  Philippines. 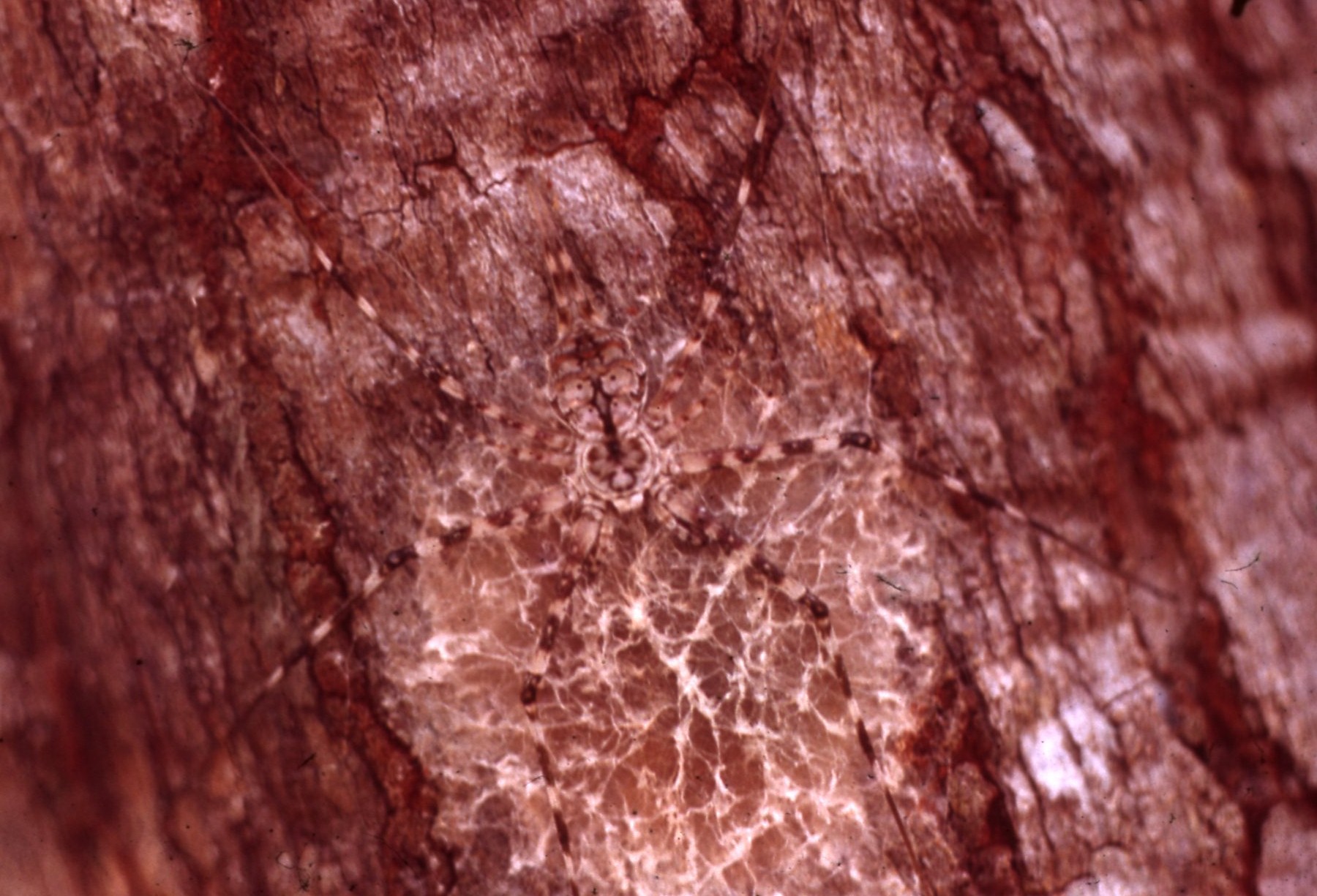 Cnidoscolus urensl is commonly known as “burn bush” or “mala mujer” on account of the highly urticating needles on its leaves, stems and fruits.  Where this plant is very abundant, we found the orb-weaving spider Argiope argentata preferentially basing its web on this plan. St Vincent & the Grenadines. 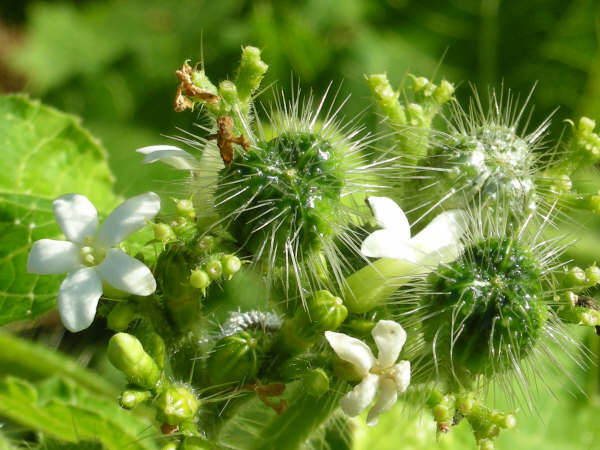 This Myrmarachne sp. [JAC: note that this is a spider] has the appearance of a specific Batesian mimic of a Crematogaster ant that is abundant in its habitat. Taiwan. 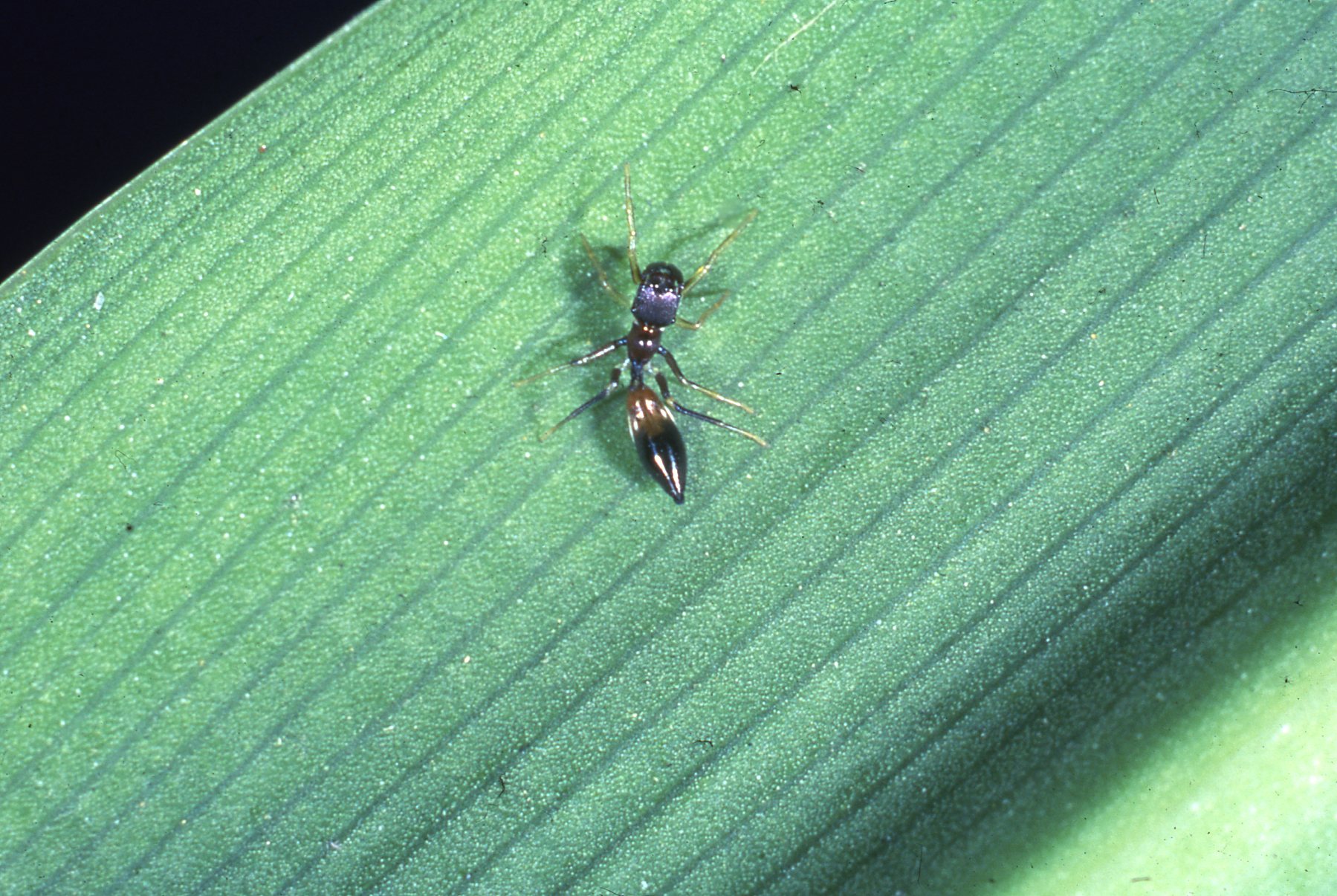