Today we’ll finish up Susan Harrison‘s batch of photos from last fall. I accidentally posted part 2 of this series yesterday, so we’re going backwards. But this finishes the lot. Susan’s captions and IDs are indented, and you can enlarge the photos by clicking on them. I’ve added one picture from reader Christopher Moss:

Pillar Point Harbor. Numbers of wintering Brown Pelicans (Pelecanus occidentalis) in the harbor are truly fantastic, especially to those of us old enough to remember when DDT made this a rare species.  Rachel Carson, here’s to you! 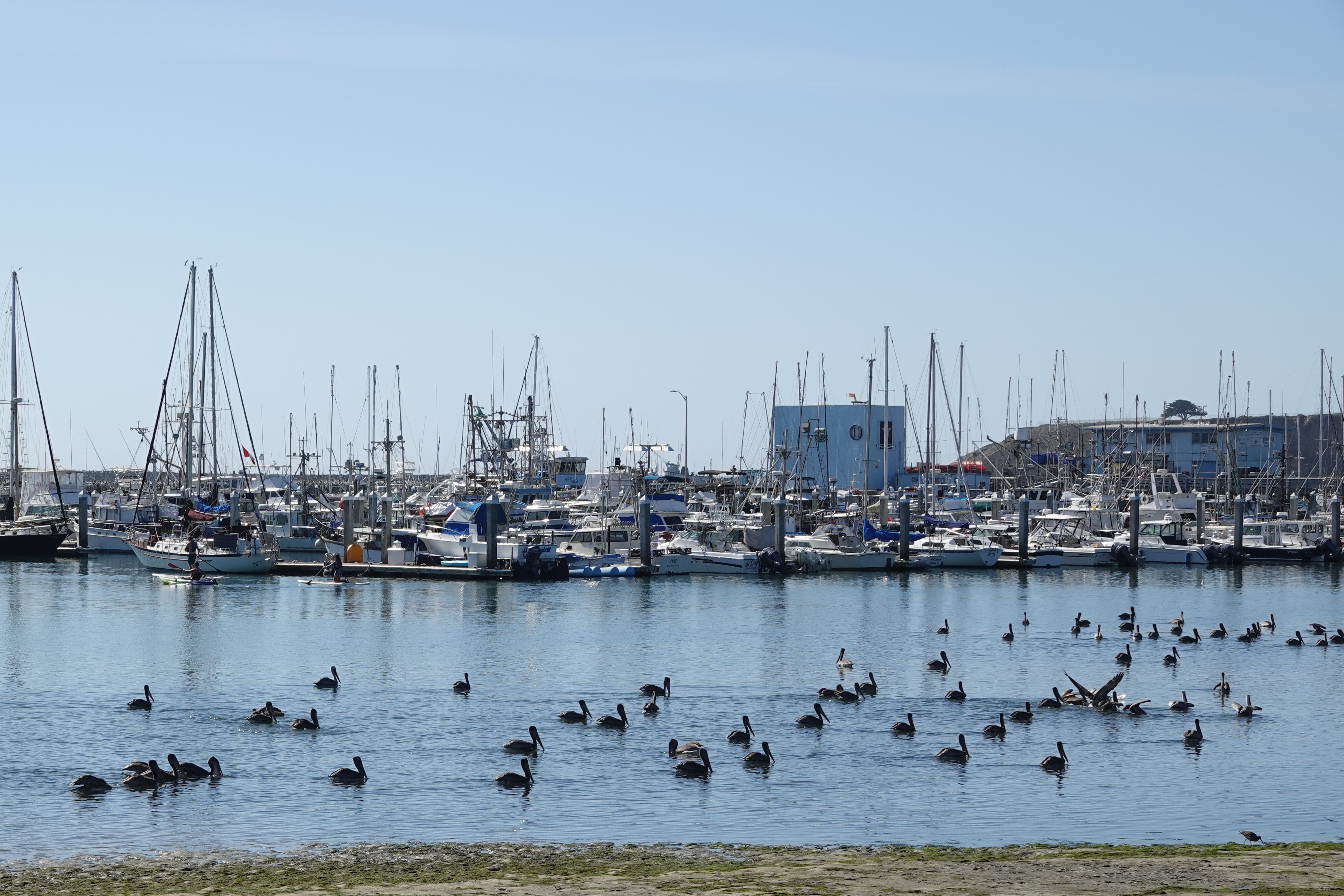 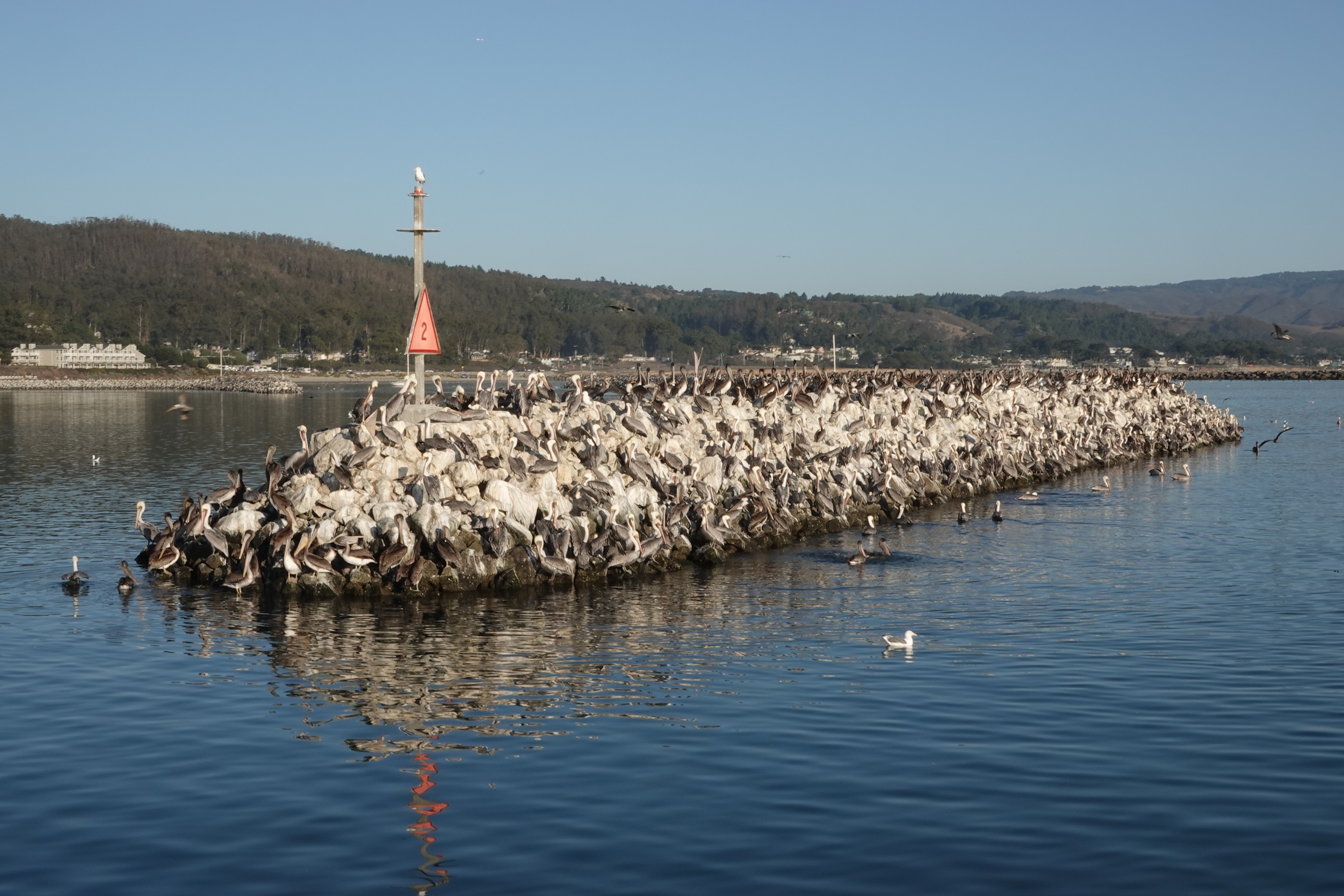 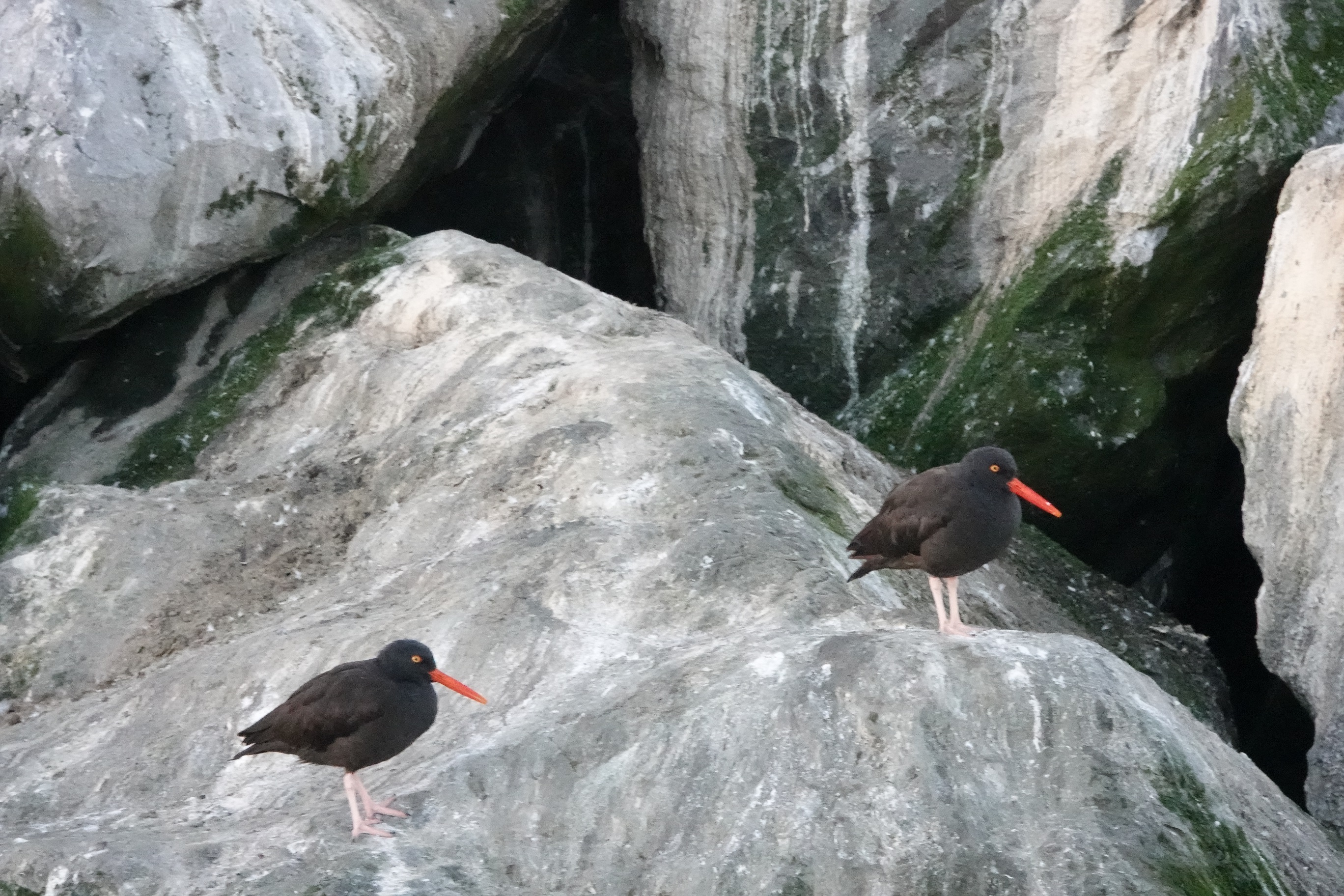 Just outside the harbor were many Common Murres (Uria aalge): 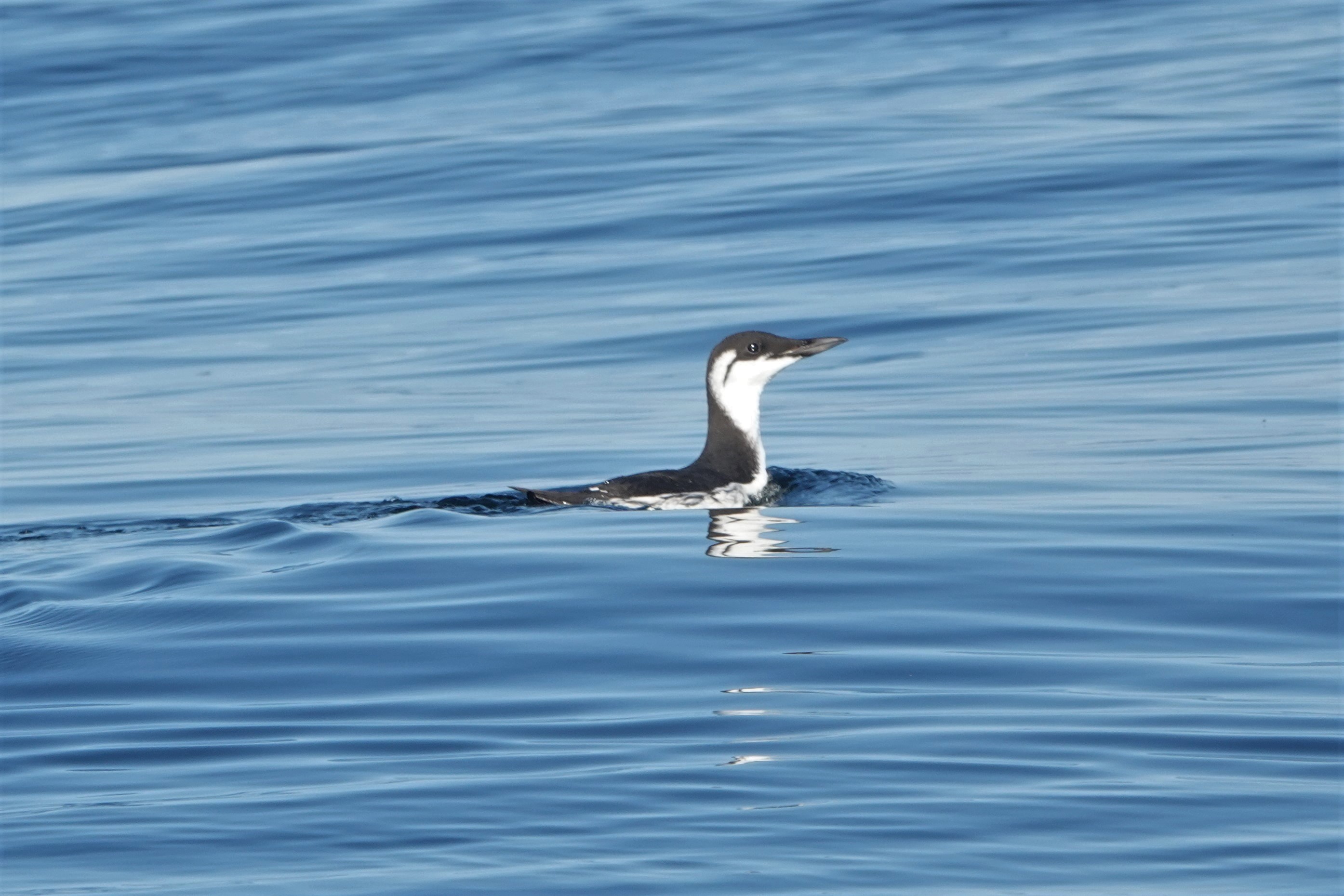 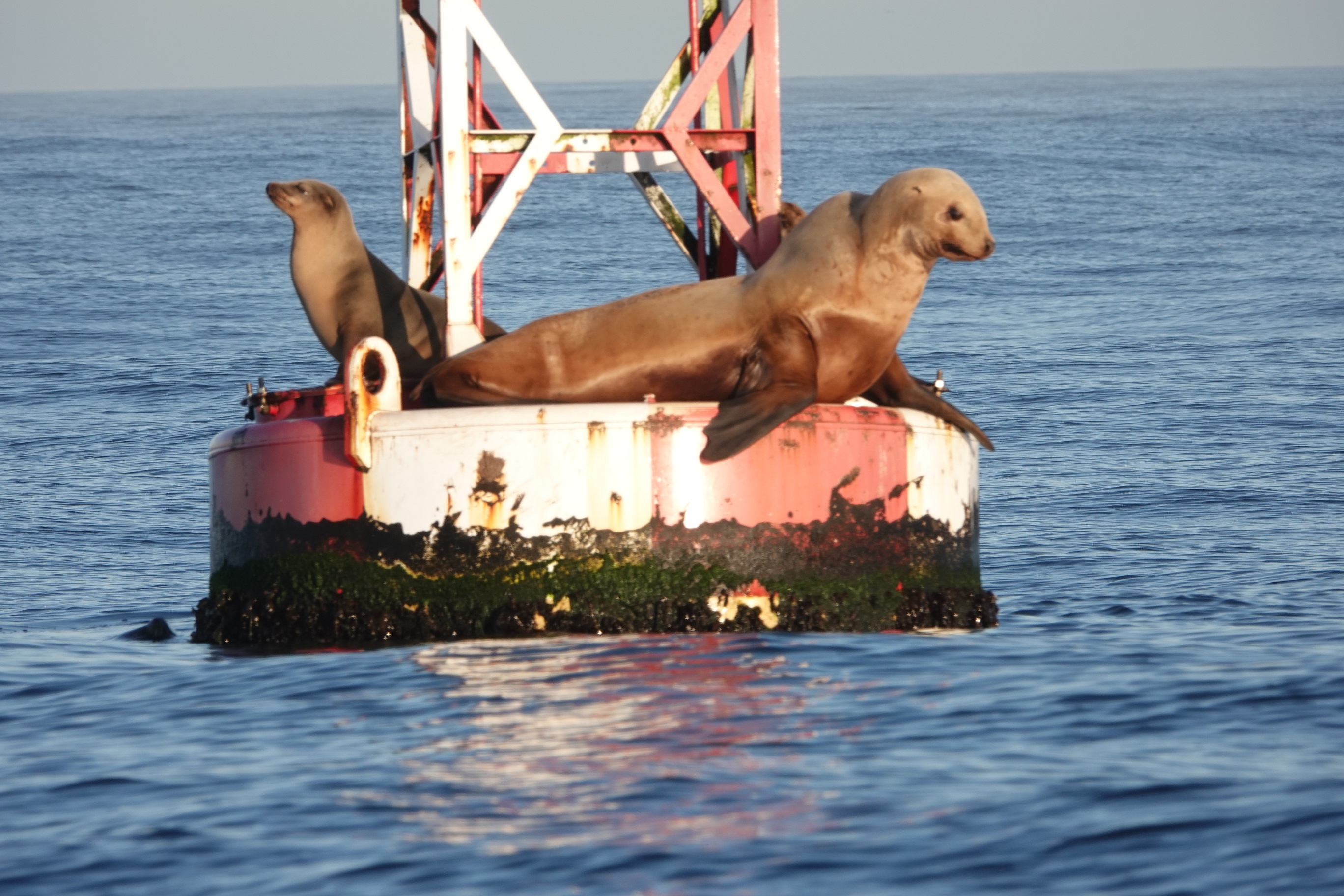 I am a film photographer, and enjoy using what are now considered antique cameras. I have been watching a pair of squirrels fighting over the feeder full of sunflower seeds. This was them sorting out the dominance, taken with a 1975 Olympus OM-2n on Kodak Portra 400 and home developed: 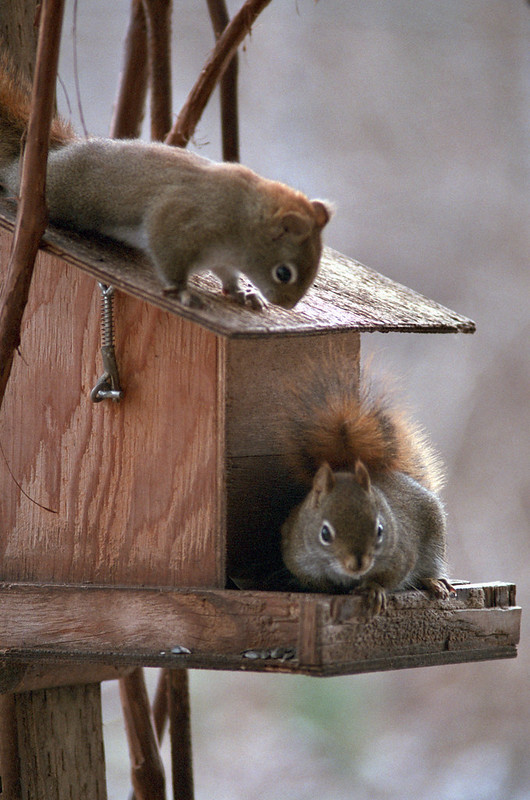 Since then, the less dominant individual has persisted and persisted (which may be a redundancy or an Irishism, but he, or she, really has!) and today they have after much chattering and squawking, decided to share the feeder. And, yes, there are photos, but they are taken with another antique camera, which was an Olympus half-frame SLR. This made negatives of half-size from 35mm film, and consequently my ’24-exposure’ film needs me to take 48 exposures. When they are all done I shall process the film and scan the negatives. I promise there will be cute pictures! Maybe this photo will serve as a ‘taster’ in the meantime?

The intriguing thing is this – are these totally unrelated squirrels who have agreed to be co-dominant and share the feeder, or are they nestmates with some remnant of fellow-feeling that allows them to share the feeder? I vote for the latter, even though I have only ever seen very young squirrels share the feeder before, and they were thus very likely to be tolerant of each other for co-nestling reasons.

JAC: I vote for the former!