Today’s photos are from Matt Young, who often posts both prose and photos at The Panda’s Thumb. Matt’s notes and IDs are indented, and you can enlarge the photos by clicking on them.

I was in the Galápagos Islands during the end of December 2005, and the beginning of January 2006, bearing my trusty Canon PowerShot S30, with 3 megapixels and a 3X zoom. I took one or two pictures through an 8X monocular, but other than that I was on my own.

The first thing I saw when I got off the airplane were these flamingos (Phoenicopterus ruber): 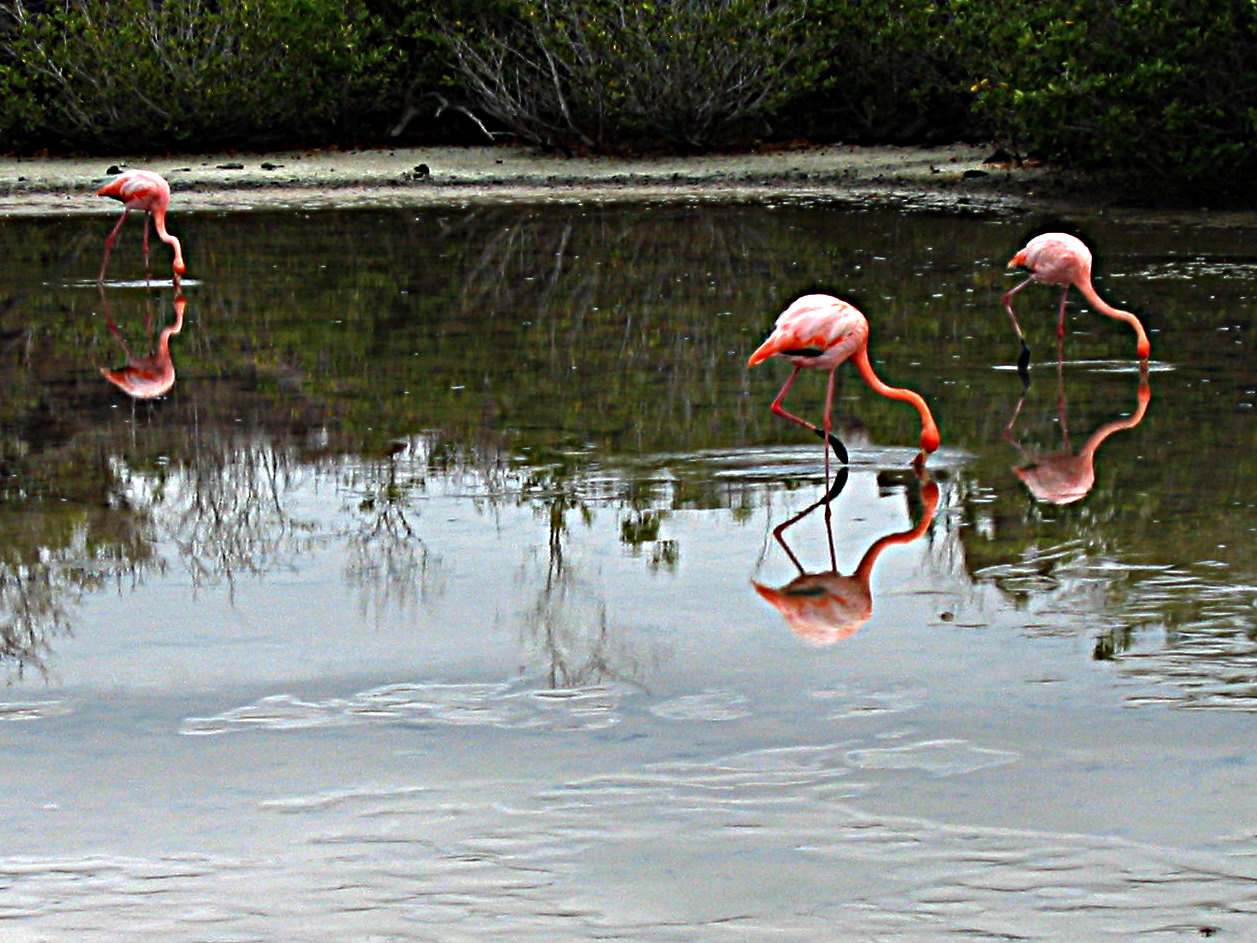 So let’s look first at some of the birds I managed to photograph. Here, first, a nestling Magnificent Frigatebird, Fregata magnificens, 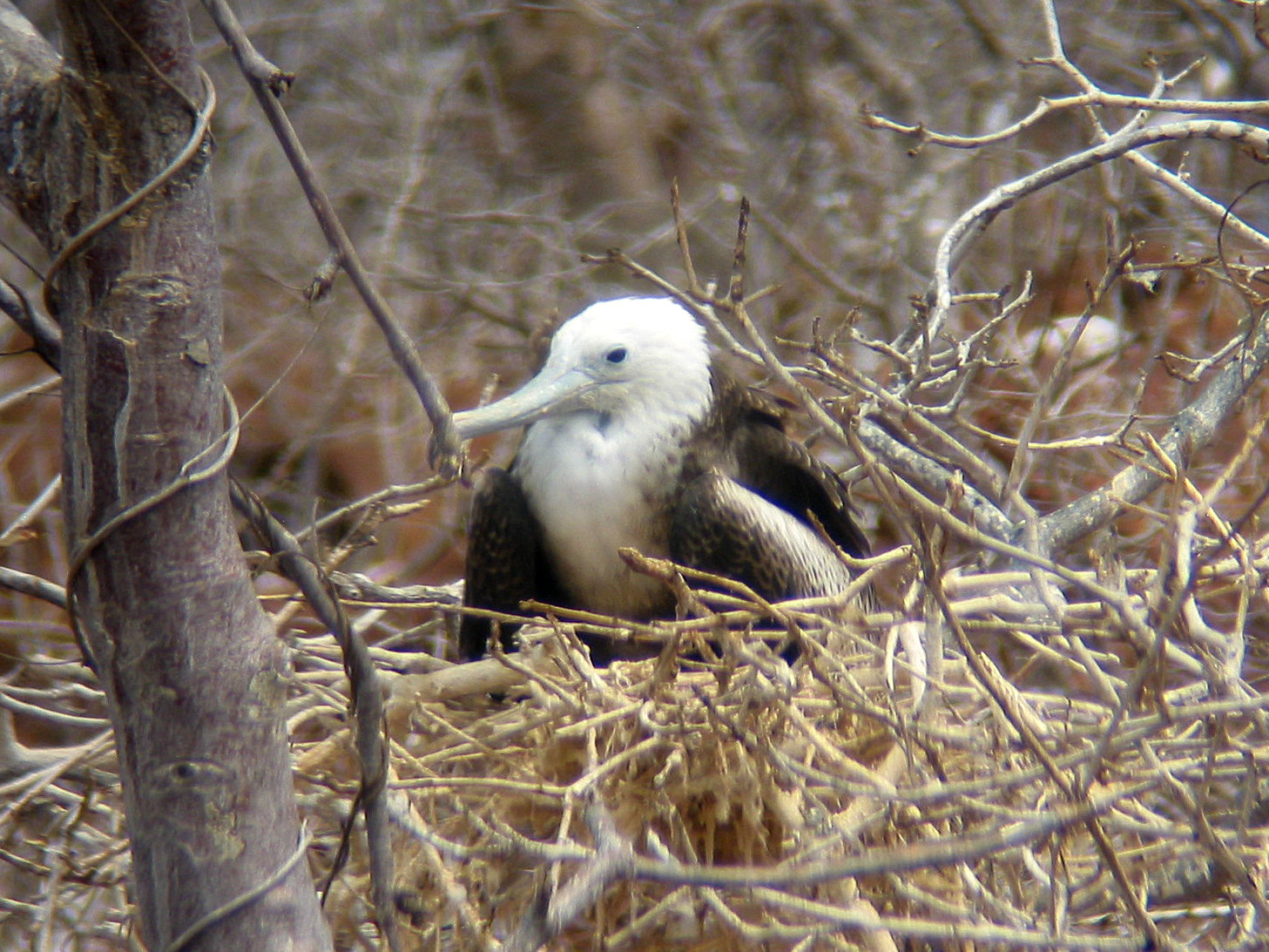 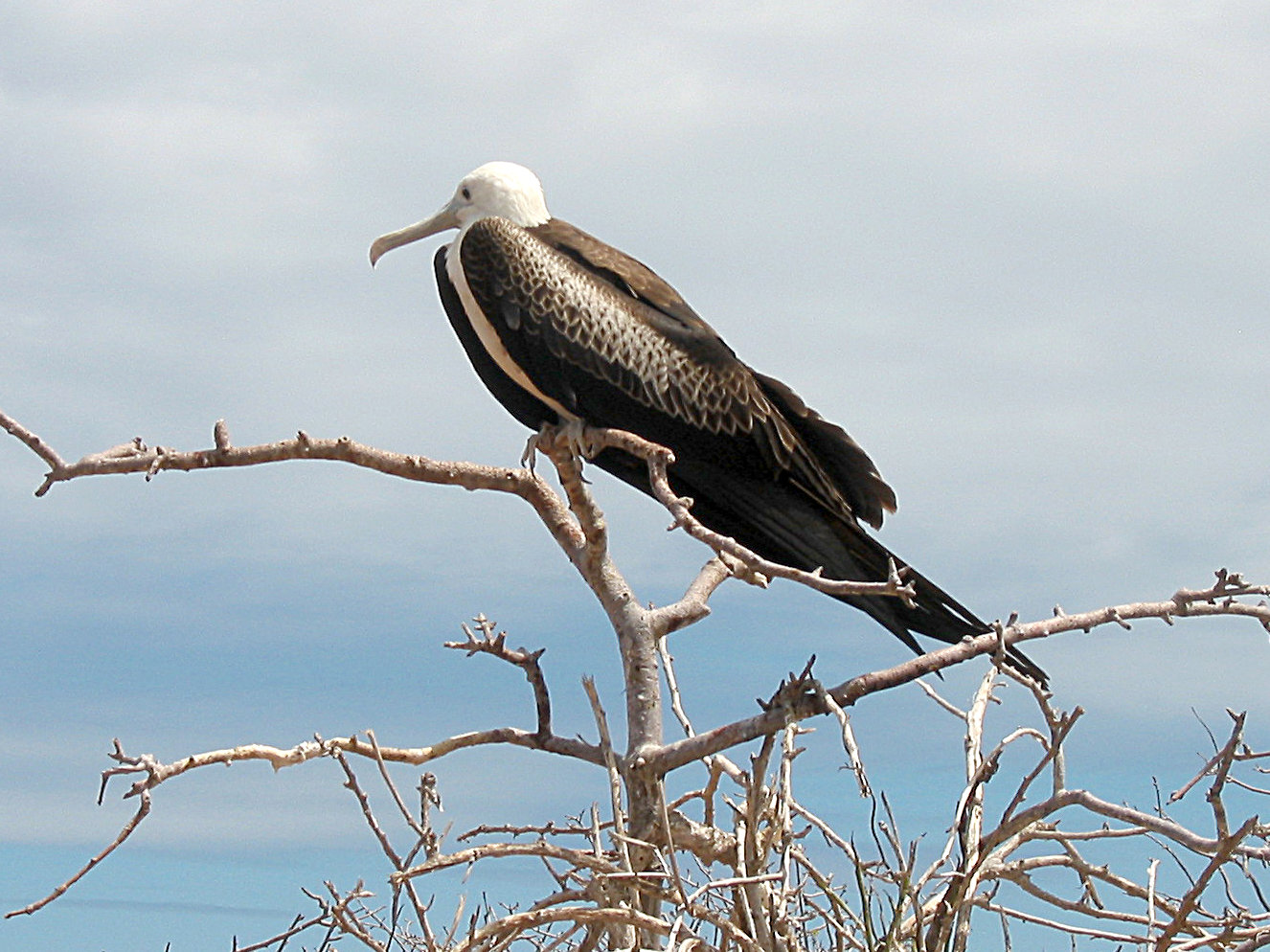 And an adult male (the only pictures in this batch taken through the monocular): 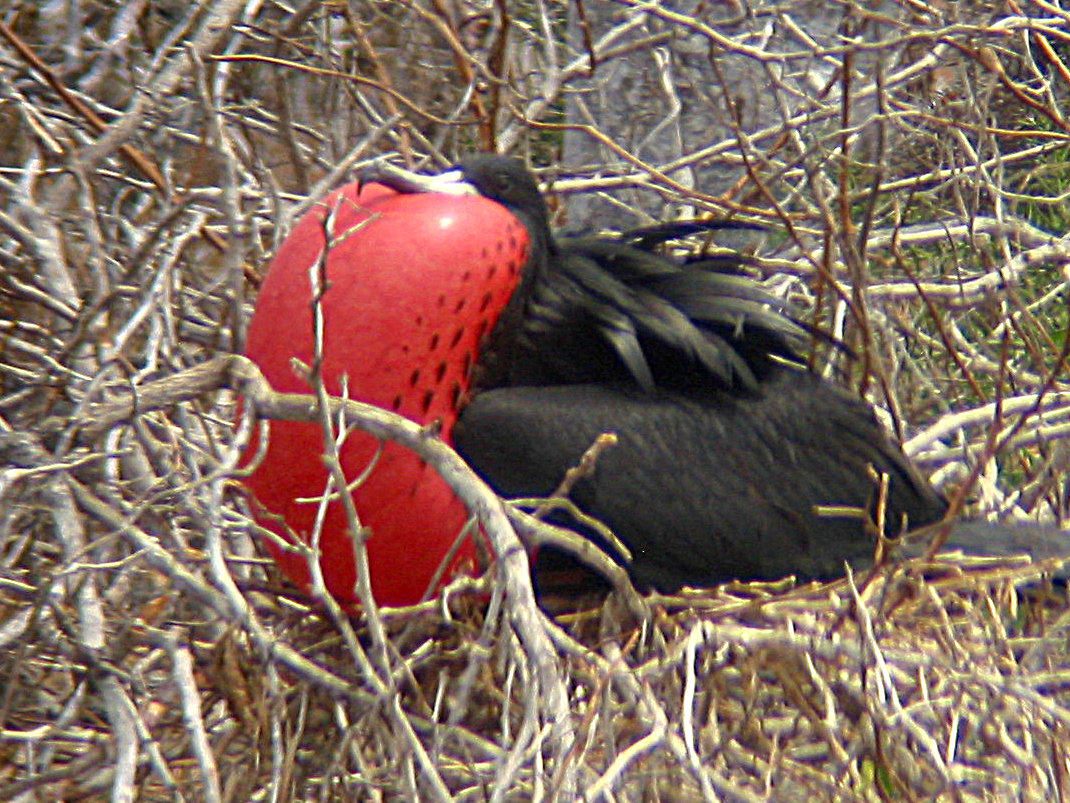 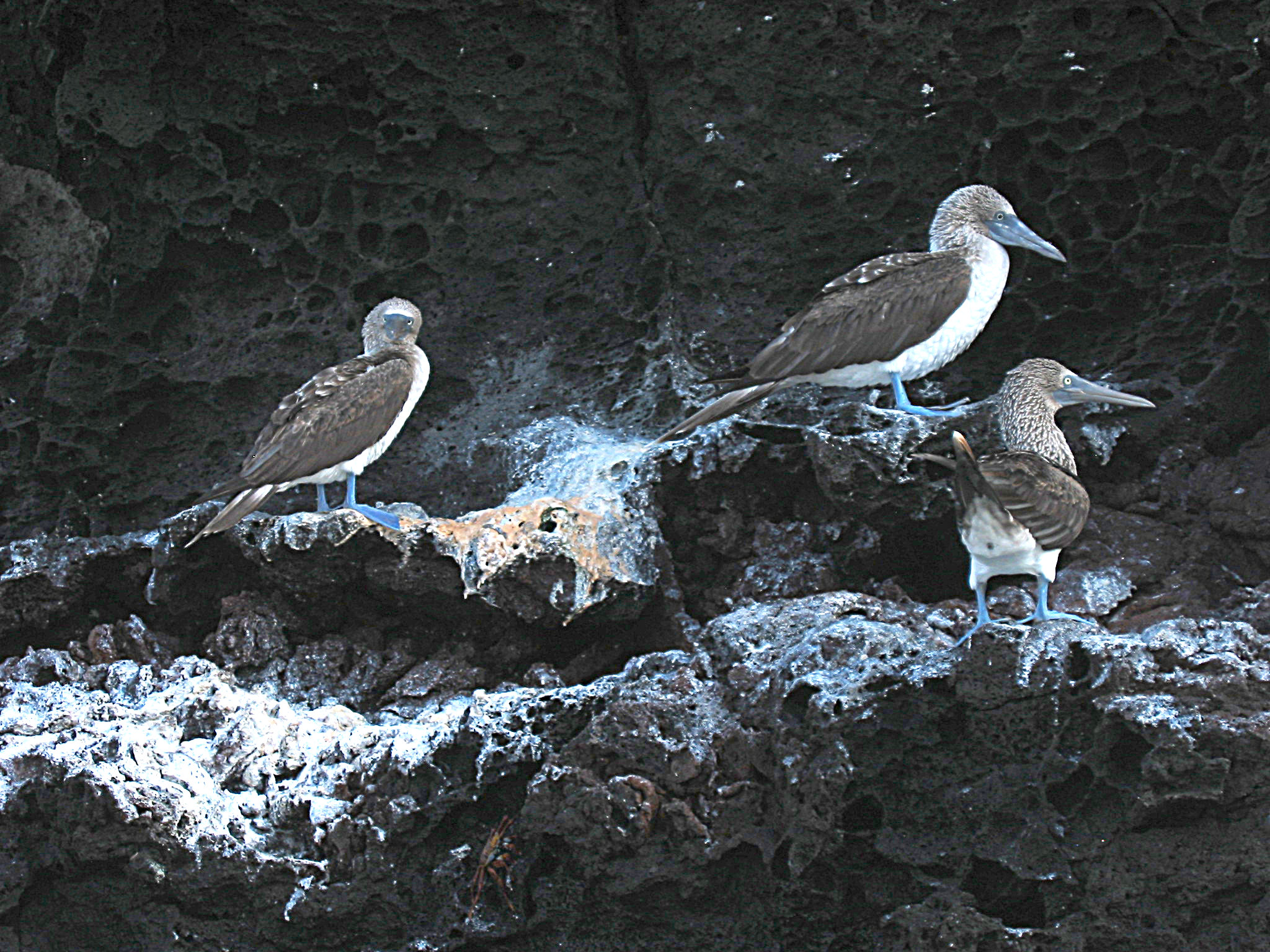 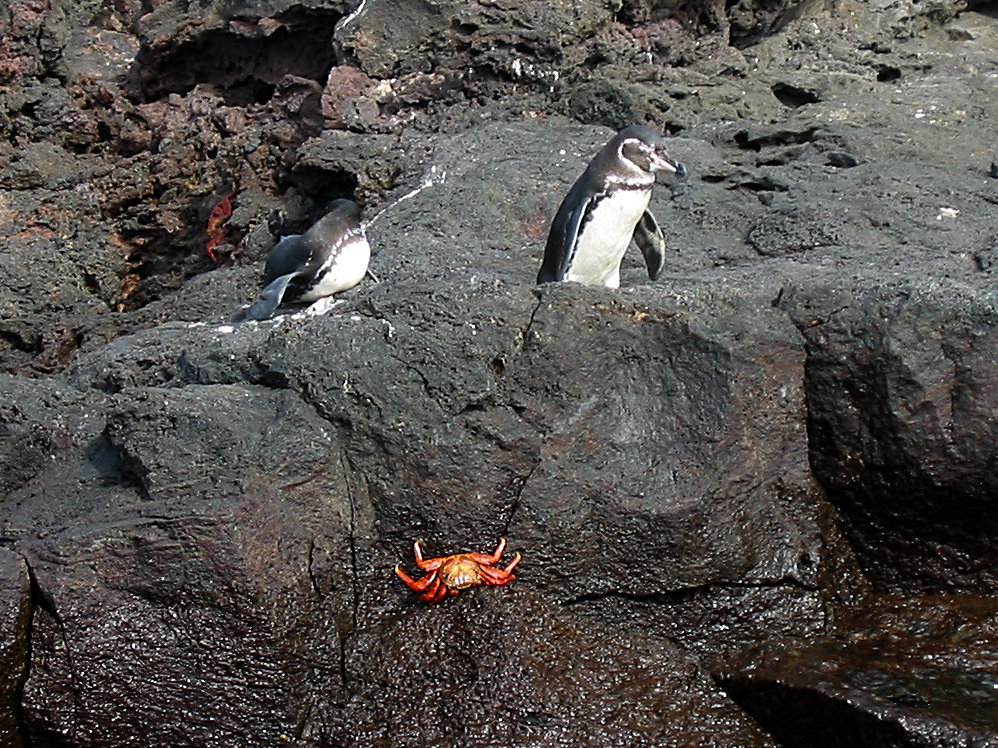 Reptiles. First, a couple of marine iguanas, Amblyrhynchus cristatus. I think they are males having a disagreement: 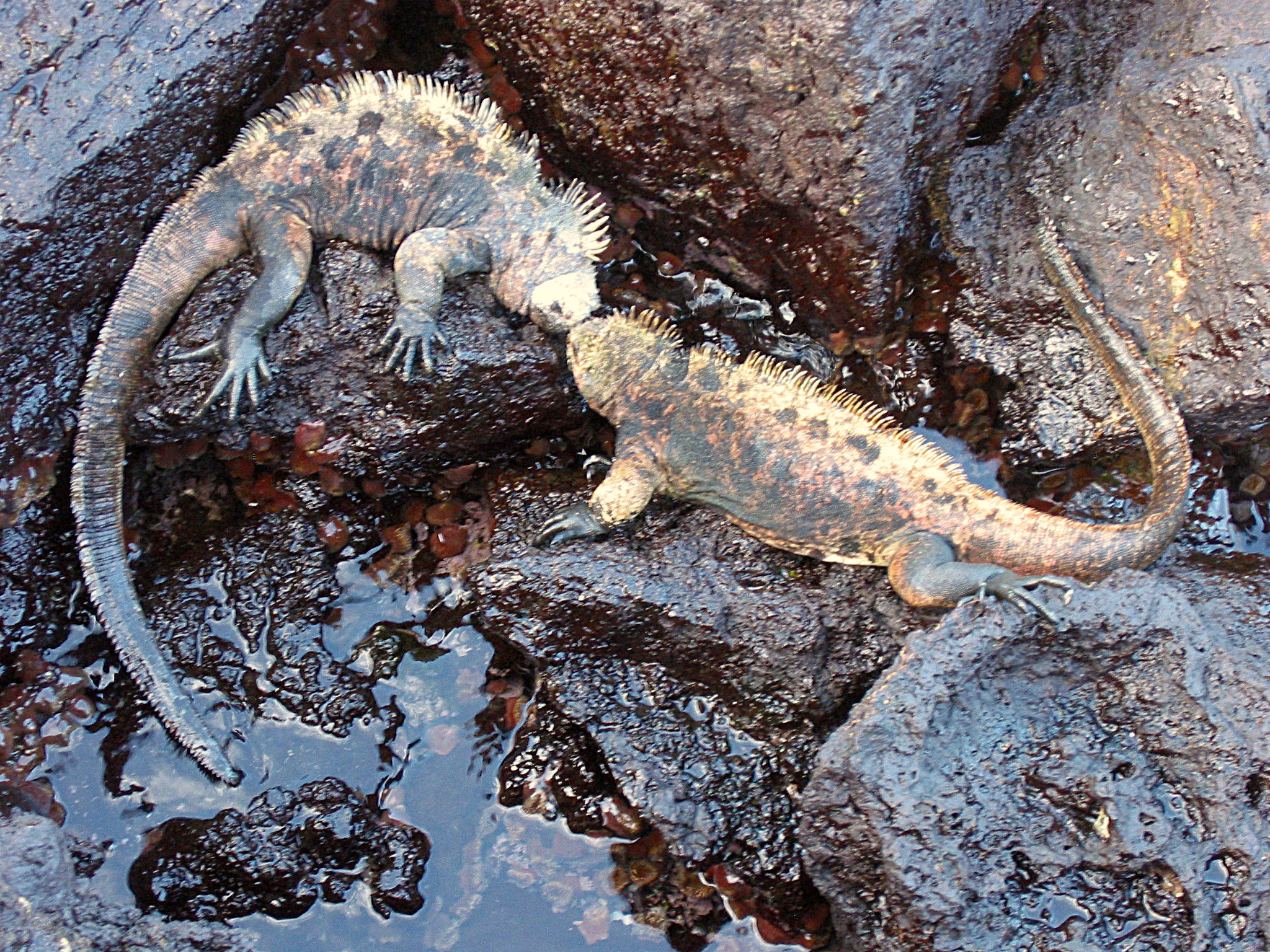 Another, more colorful one: 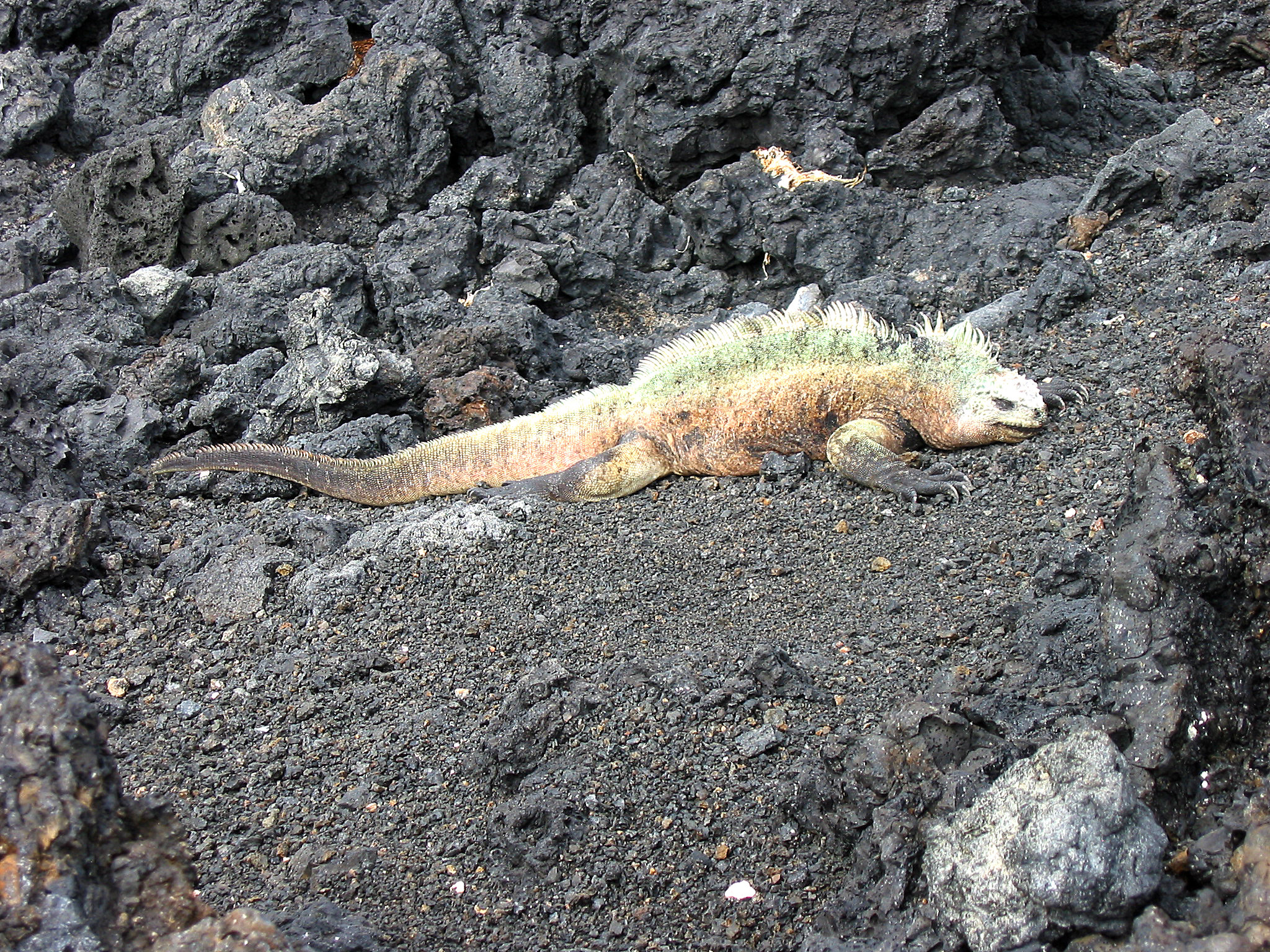 A Floreana Giant Tortoise, Chelonoidis niger. They differ from island to island. This species has a long neck and kind of an open collar so they can reach higher up to forage: 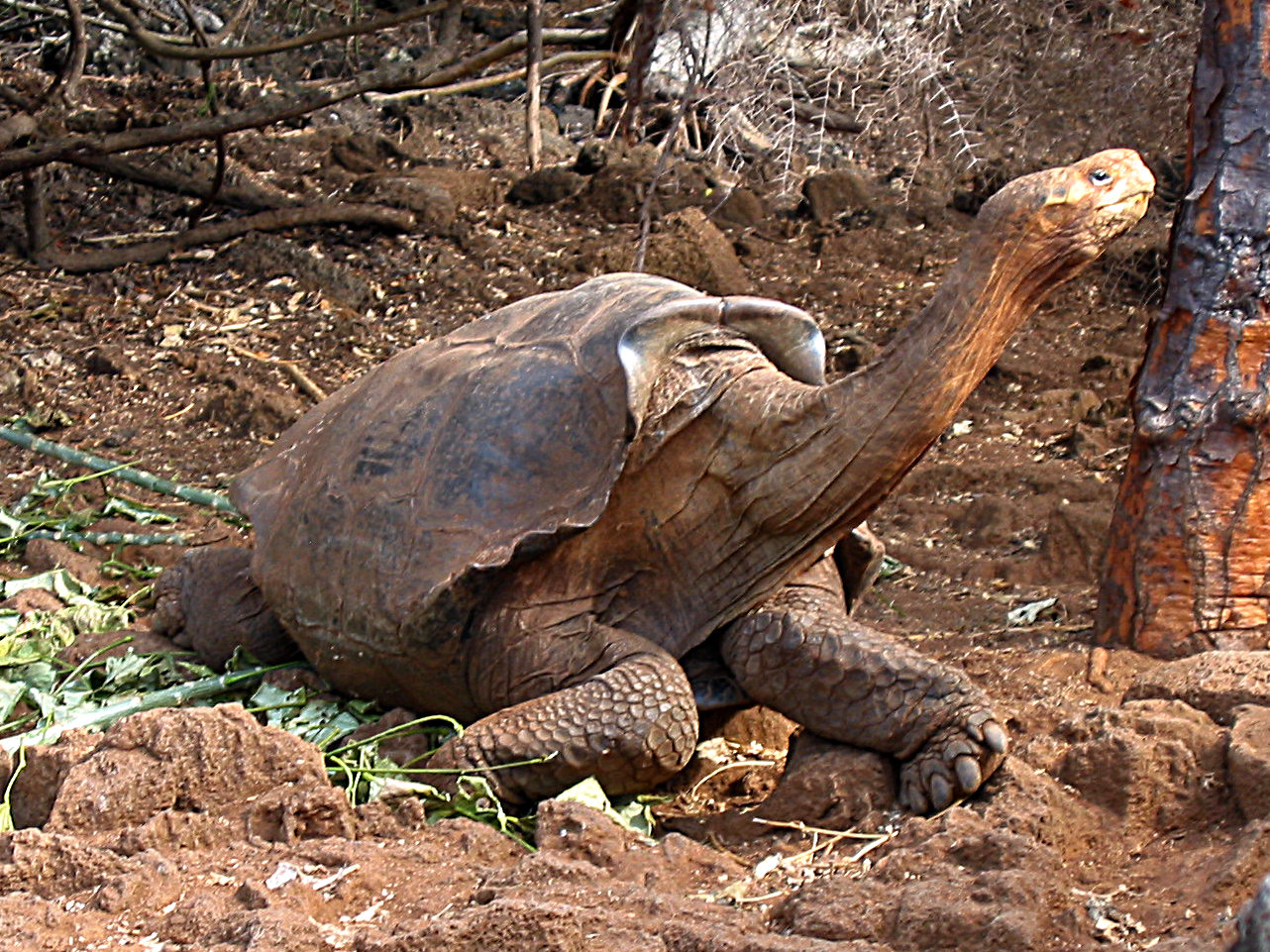 While I was photographing something or other with the S30, someone dashed out of a building, very excited, and asked me for the serial number of the battery in the camera. Evidently his was dead, and he would have to order a new one from Japan. I happen to have had a nearly dead battery for backup, good for 6 shots or so, so I gave it to him. He reappeared, twice, with the following turtle: 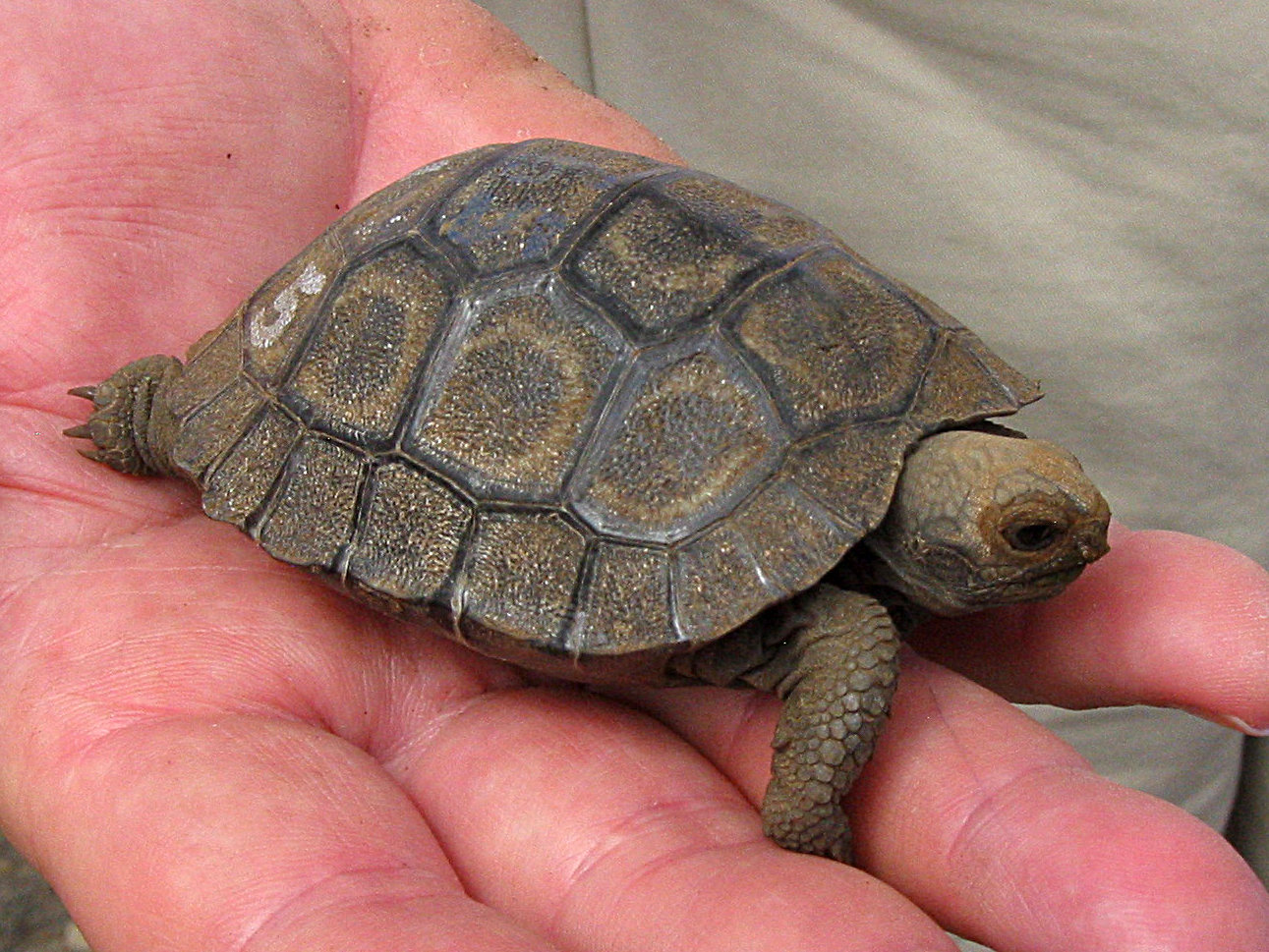 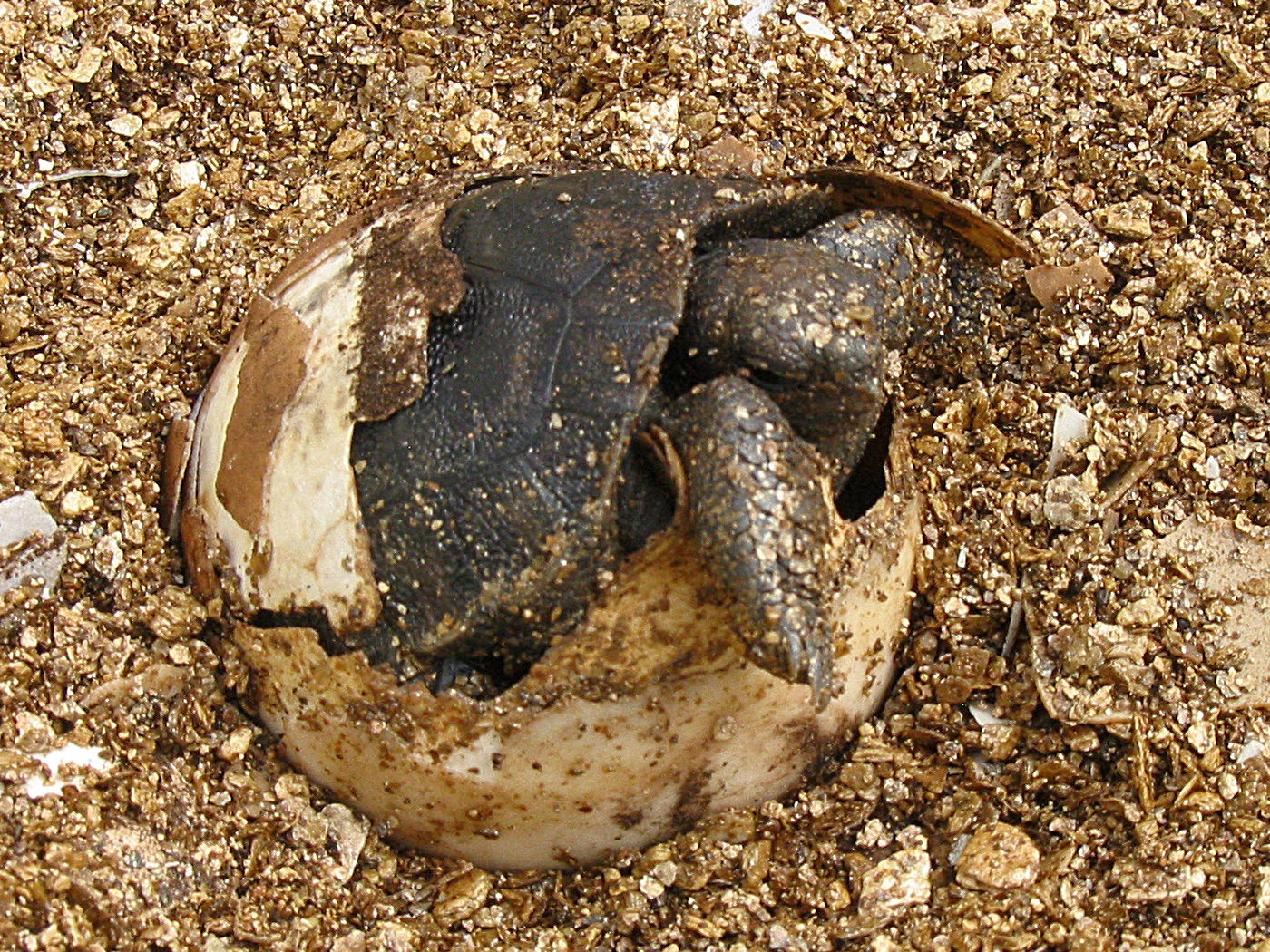 Finally, here is the last reptile I encountered, a Lava Lizard, Microlophus albemarlensis. 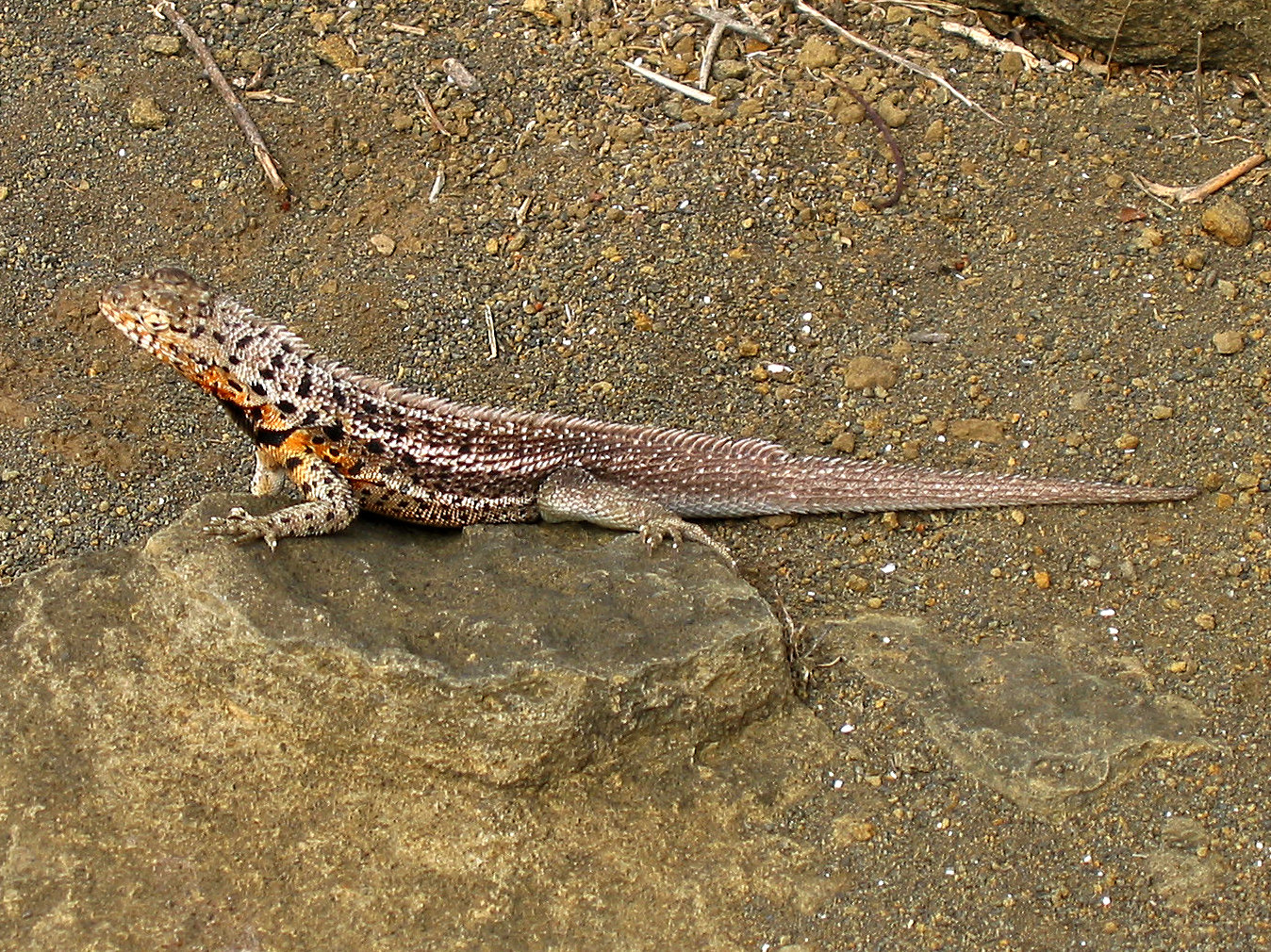