Today reader David Hughes sends us an unusual animal: a marine worm. Do not be grossed out at its appearance!

David’s captions are indented, and you can enlarge his photos by clicking on them.

Early last year you featured some of my Indian safari pictures on your ‘Readers’ Wildlife Photos’ section. For obvious reasons I haven’t been on any exotic trips over the past year and a half, but I thought I’d share some images of an animal I studied for several years. The photos are mostly scans of originals taken in the pre-digital era, so the quality isn’t great, but I hope they’ll be of interest. They show an animal that I’m certain none of your readers will have ever heard of, let alone seen.

This magnificent green blob has the equally magnificent scientific name of Maxmuelleria lankesteri. It belongs to a small group of marine worms called the Echiura [“spoon worms”]. Echiurans were traditionally classed as a distinct animal phylum (one of the so-called ‘minor phyla’ often lumped together in zoology textbooks). However, DNA analysis shows that they’re actually very weird annelid worms, so they’re now demoted to a subclass of the phylum Annelida. Echiurans are a pretty obscure group, not very familiar even to most marine biologists, but they’re found throughout the oceans, with different species found all the way from the intertidal zone to the deepest trenches. 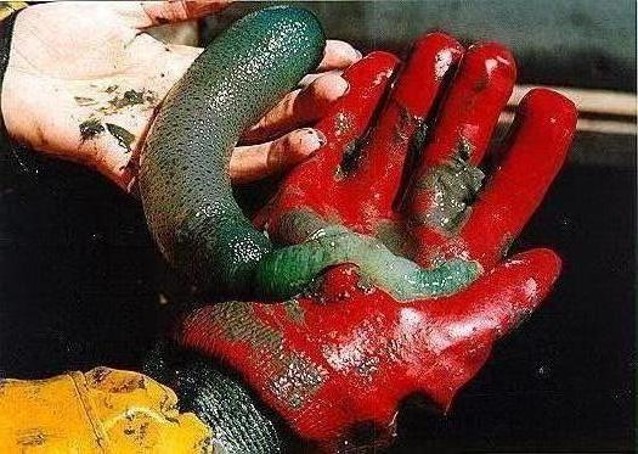 The thicker section of the blob is the animal’s body. It’s basically a thin-walled bag with the consistency of a water-filled balloon. There are no internal segments, in fact nothing much at all inside apart from a long digestive tract, gonads, excretory sacs and a very simple nervous system. The thinner body section, looking like a pale green strap, is an extendible proboscis at the front end of the animal. The  mouth is at its base. There’s no head or sense organs, and no hard parts other than a tiny pair of chitinous hooks on the anterior ventral surface. The worm’s body is quite fragile and specimens are usually crushed or fragmentary when collected. I was therefore very excited when this one came up intact in a dredge sample. 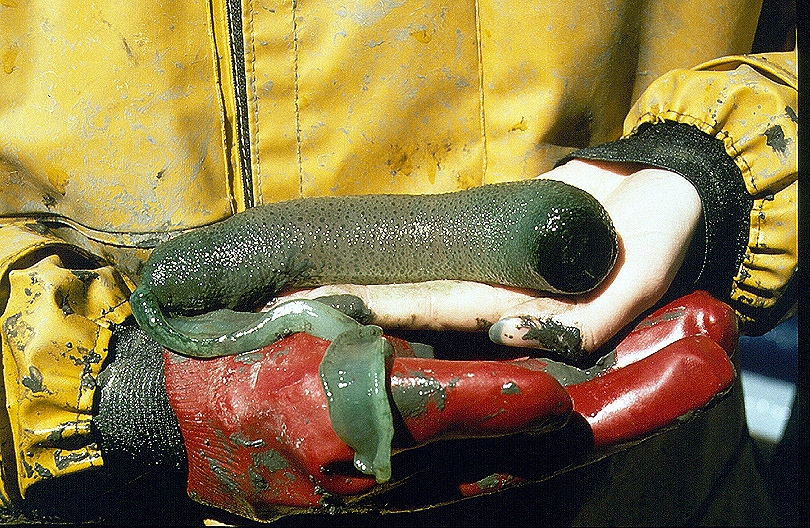 Maxmuelleria lankesteri is found around the western and southern coasts of Britain and Ireland, and off parts of Scandinavia. It’s especially common in the fjordic sea lochs along the west coast of Scotland. Its habitat is fine, organic-rich mud, where it occupies a burrow shaped like an extended “U”. The burrow cast shown in the photo was made by divers pouring epoxy resin down the holes at each end, leaving it to harden, then dragging it out by hand – a difficult and laborious process. The glove in the photo provides a scale, but some burrows extend much deeper than this one. 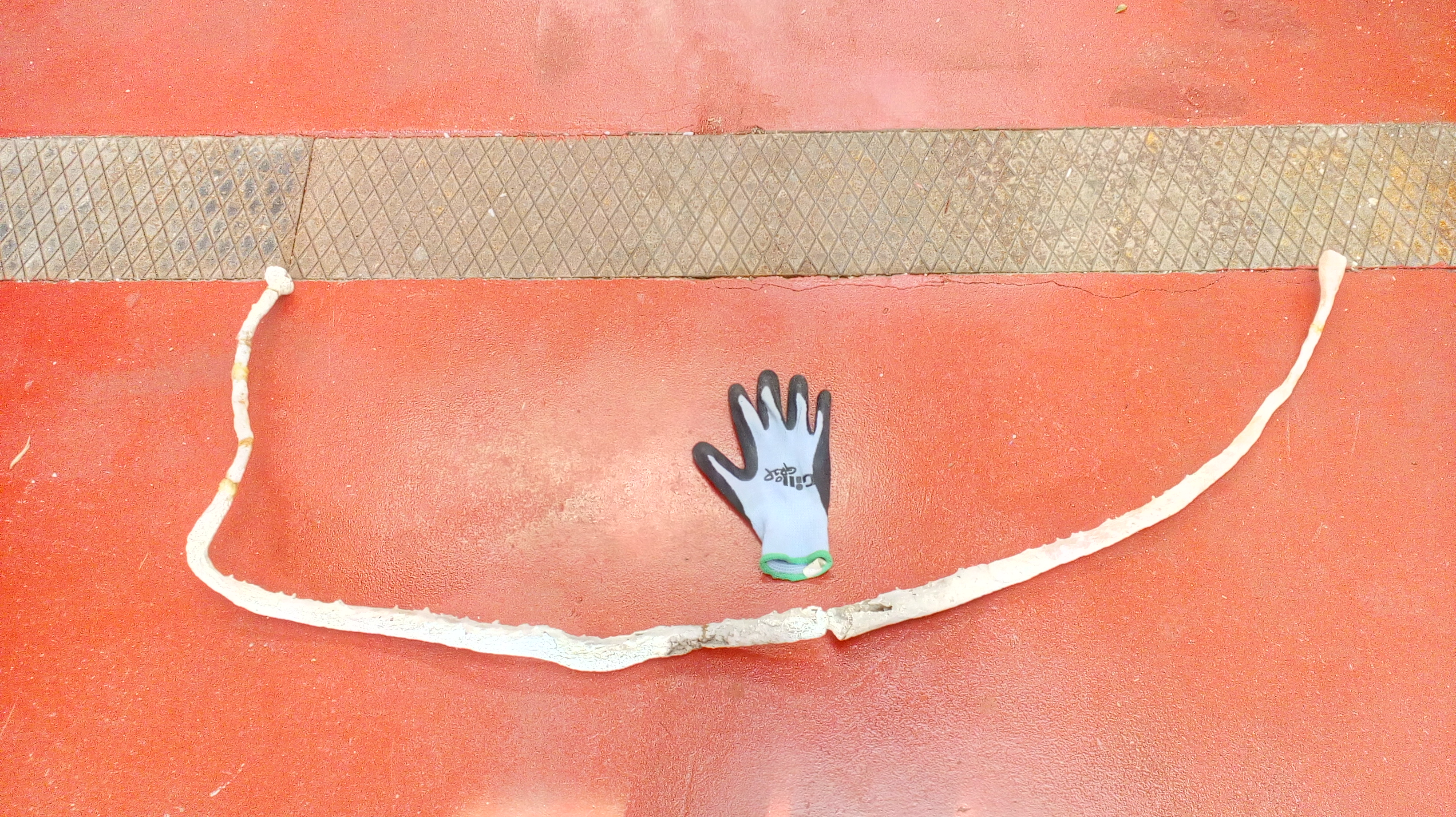 Maxmuelleria feeds by extending its proboscis out of one burrow opening, skimming-off the top layer of sediment as it goes, then withdrawing back into the burrow with its collected load. The accompanying photo is a screen-grab from a video camera placed over a burrow opening, and shows an extended proboscis in the lower-left quadrant. The animal ingests some of the collected sediment, and expels the rest out the other end of its burrow, creating a mound up to 30 cm high. Where these worms are common, the muddy seabed looks like a field of miniature volcanoes (below). 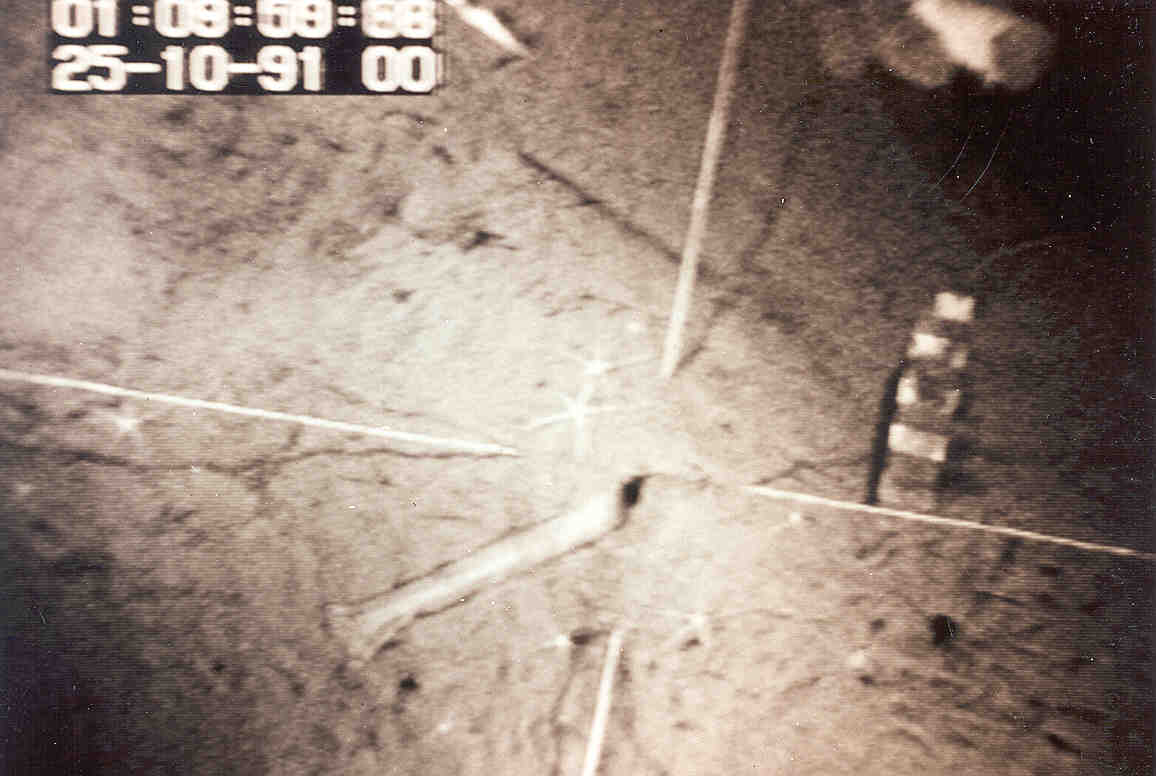 Apart from their overall weirdness, these worms have two particularly interesting features. The green colour comes from a pigment called bonellin (named after Bonellia, another echiuran genus). Bonellin is photoreactive, releasing free-radical oxygen when exposed to light. Oxygen radicals are highly destructive to the body wall tissues, so that like Count Dracula, Maxmuelleria literally falls apart and dies if exposed to sunlight. The specimen in the photos was only kept out long enough to have its portrait taken, then put into preservative. This sensitivity means that the animal only extends its feeding proboscis by night (video observations were made under infra-red light, which the worms can’t detect).] 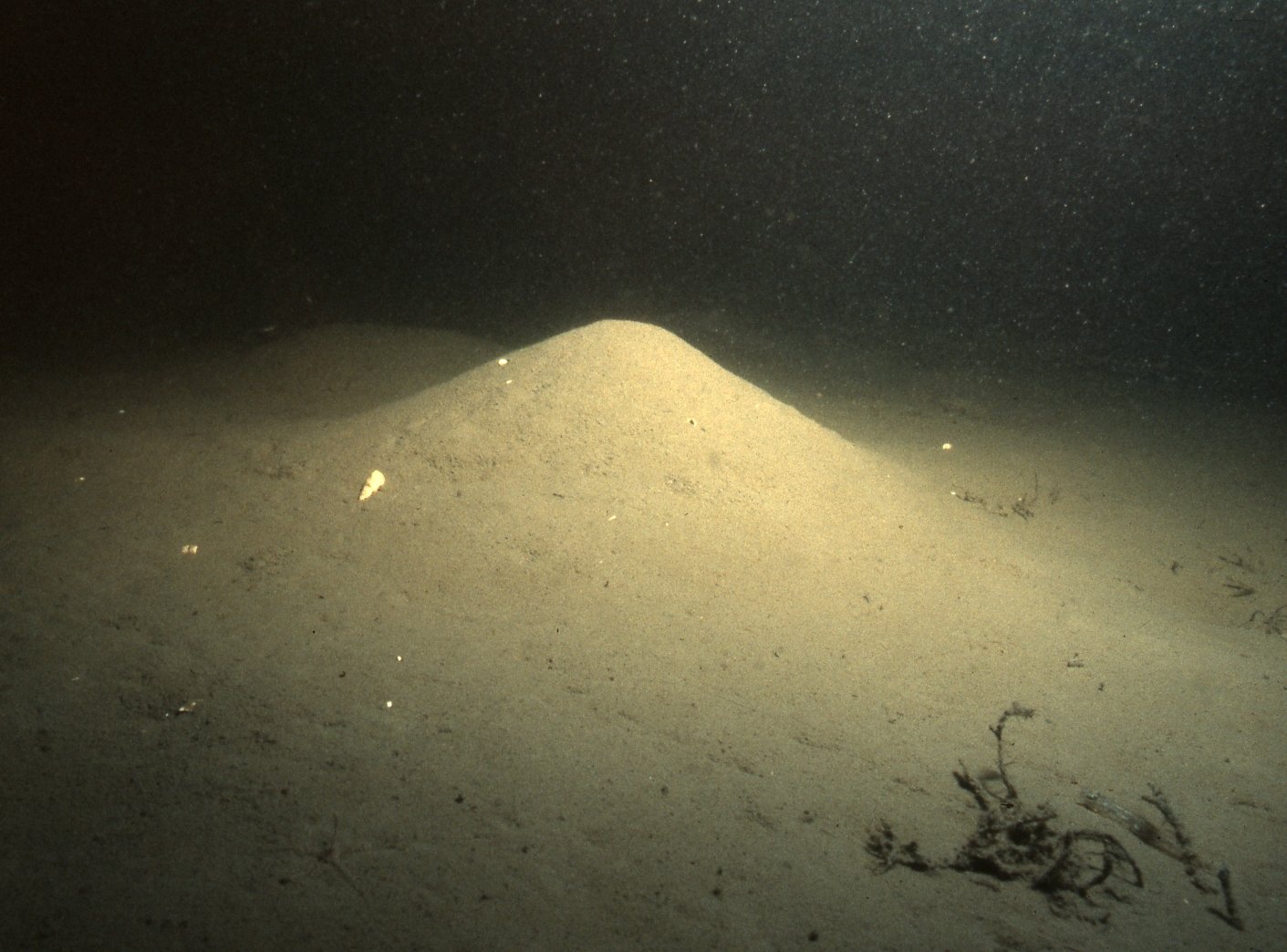 Their life history is also odd. Big Maxmuelleria like the one shown here are all females, and in late summer, genital pouches full of eggs occupy most of the body cavity. In other species of the same family, the males are tiny dwarfs just a few millimetres long, which live in the genital pouches of the female and do nothing but fertilize her eggs. I always examined my collected Maxmuelleria specimens closely for dwarf males but never found any, so the reproductive biology of these worms is still a bit of a mystery. Small juvenile worms are also very rarely found – they’re nearly all whoppers like this one.

Apologies if this is a lot of text for a few photos, but this animal is so unfamiliar to most people that I thought it needed a bit more explanation than the usual birds and mammals. If anyone’s interested in the details of research into Maxmuelleria lankesteri, typing the  name into Google Scholar will bring up quite a few papers on the subject, mostly written by me. Echiuran worms are a niche subject in marine biology, so I’m sure far more people read WEIT than have ever read my publications!