We have local wildlife today: photos of nesting peregrine falcons, which are not rare in Chicago. The contributor is Robie Mason-Gamer, an evolutionist and systematist at the University of Illinois at Chicago. Her notes are indented, and you can enlarge the photos by clicking on them. Her captions are indented.

These pictures were taken a while ago [2010], but a similar scene plays out each year. Peregrine falcons (Falco peregrinus) have been nesting on University Hall, at the University of Illinois at Chicago, since the late 1990s. (Point of reference for readers: this peregrine nest is a 6.3-mile straight-line distance from PCC’s duck pond at the University of Chicago.) After a couple of recent missed seasons due to building repair, the university celebrated the most recent brood of chicks in spring 2021. Each year, people from the Chicago Peregrine Program come by to band the chicks, and in 2010, I had the privilege of watching them up close.

Local peregrine habitat—this is what serves as a cliff around here. The birds nest on the ledge just under the top floor. 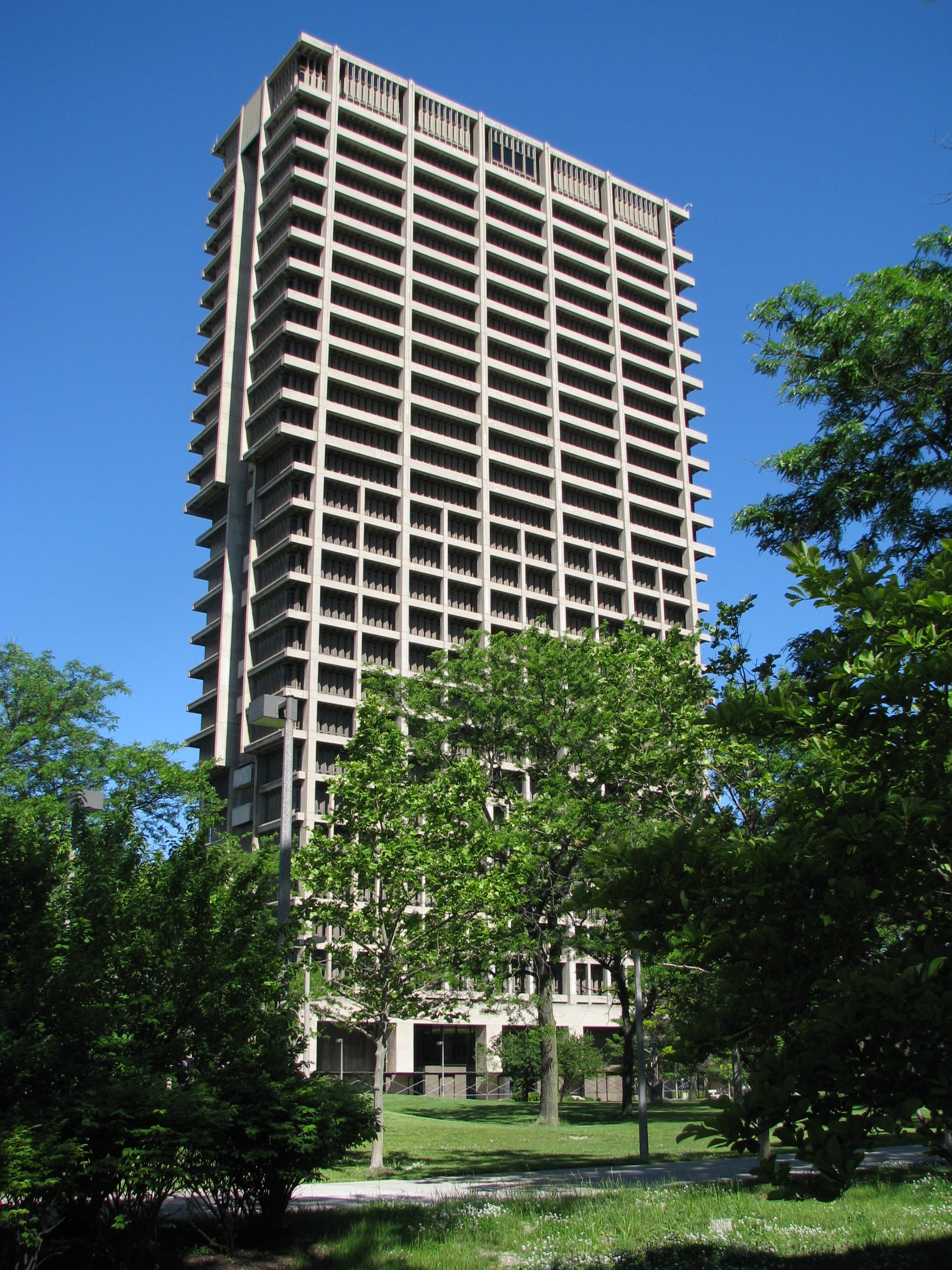 Banding Day—I think Mother knew something was up. This bird, Rosie, nested here from 1999 to 2012 and hatched 32 chicks. 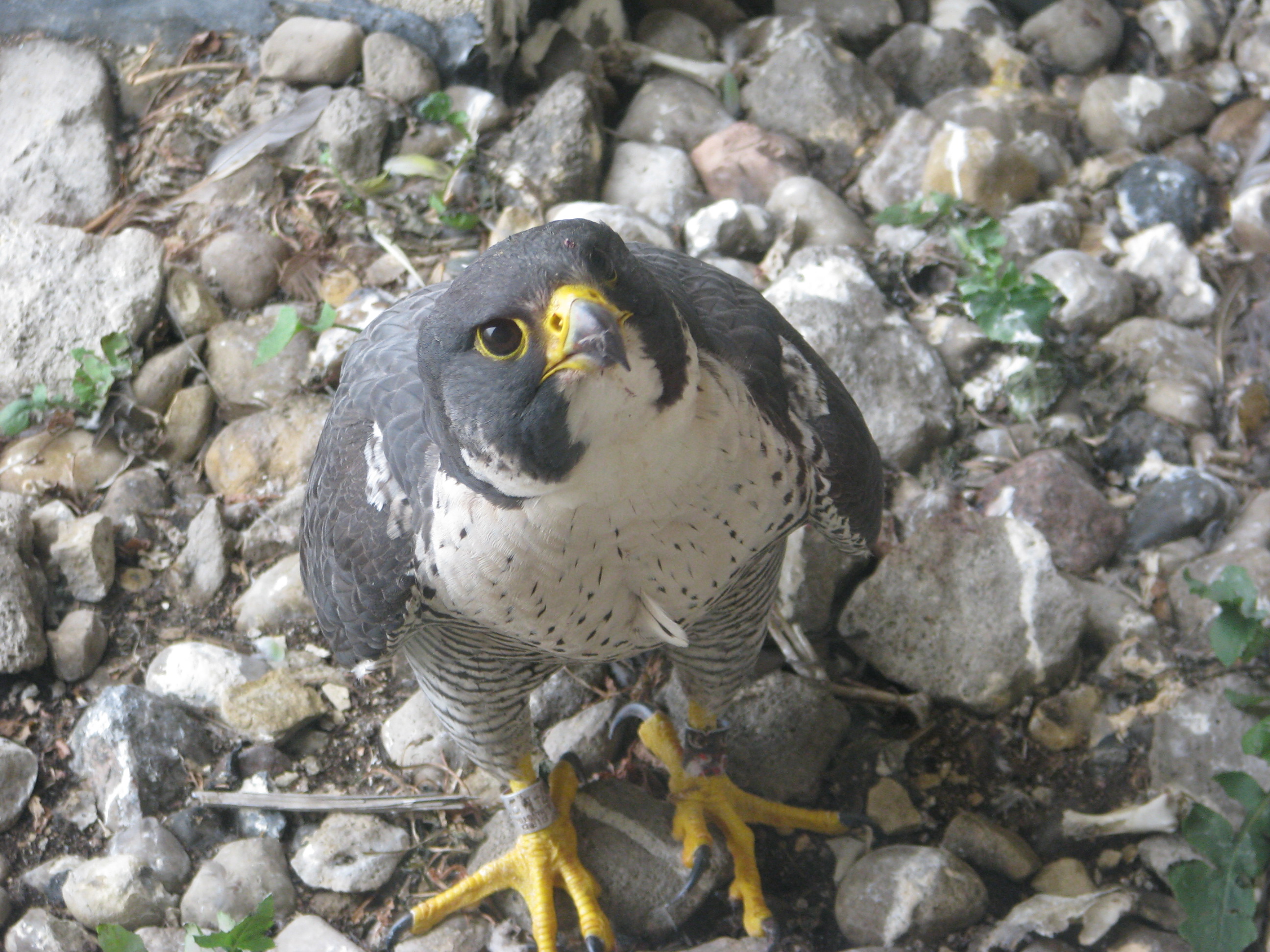 There were three babies in 2010, but Rosie’s broods ranged from one to four. 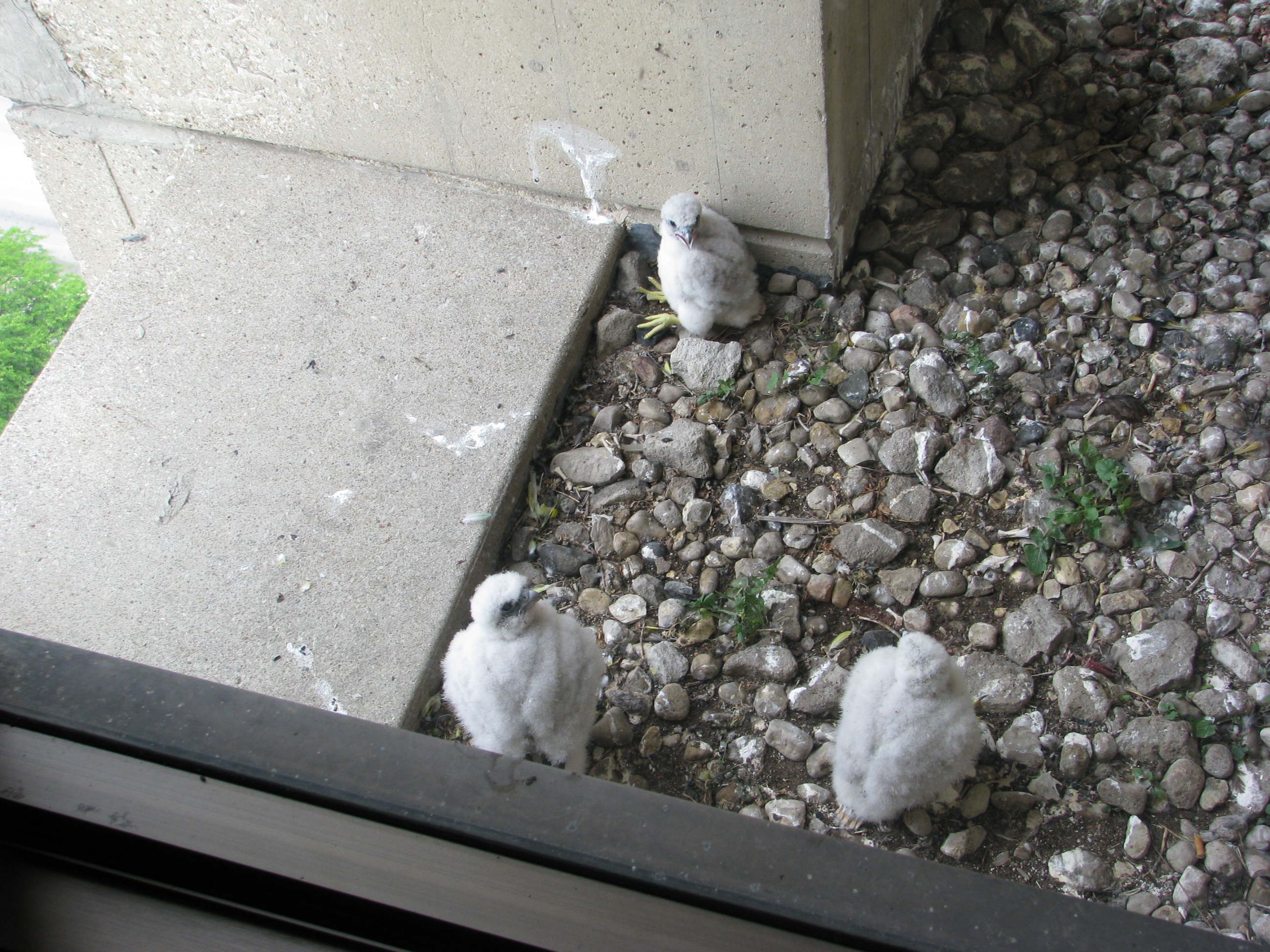 In addition to placing leg bands, members of the Chicago Peregrine Program collected some basic information about the chicks, and took blood samples. 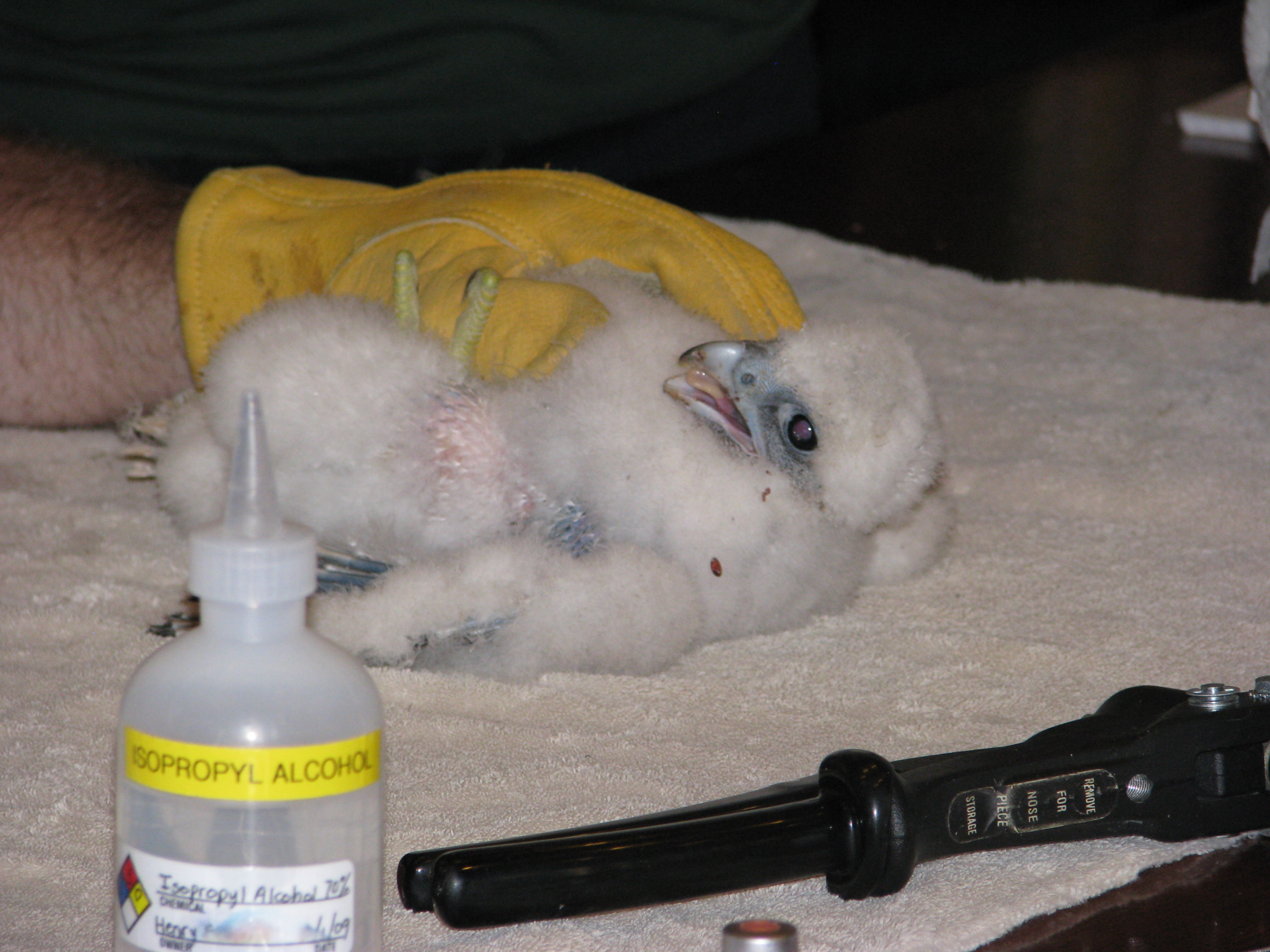 This is the new leg band. Look at the size of that foot! 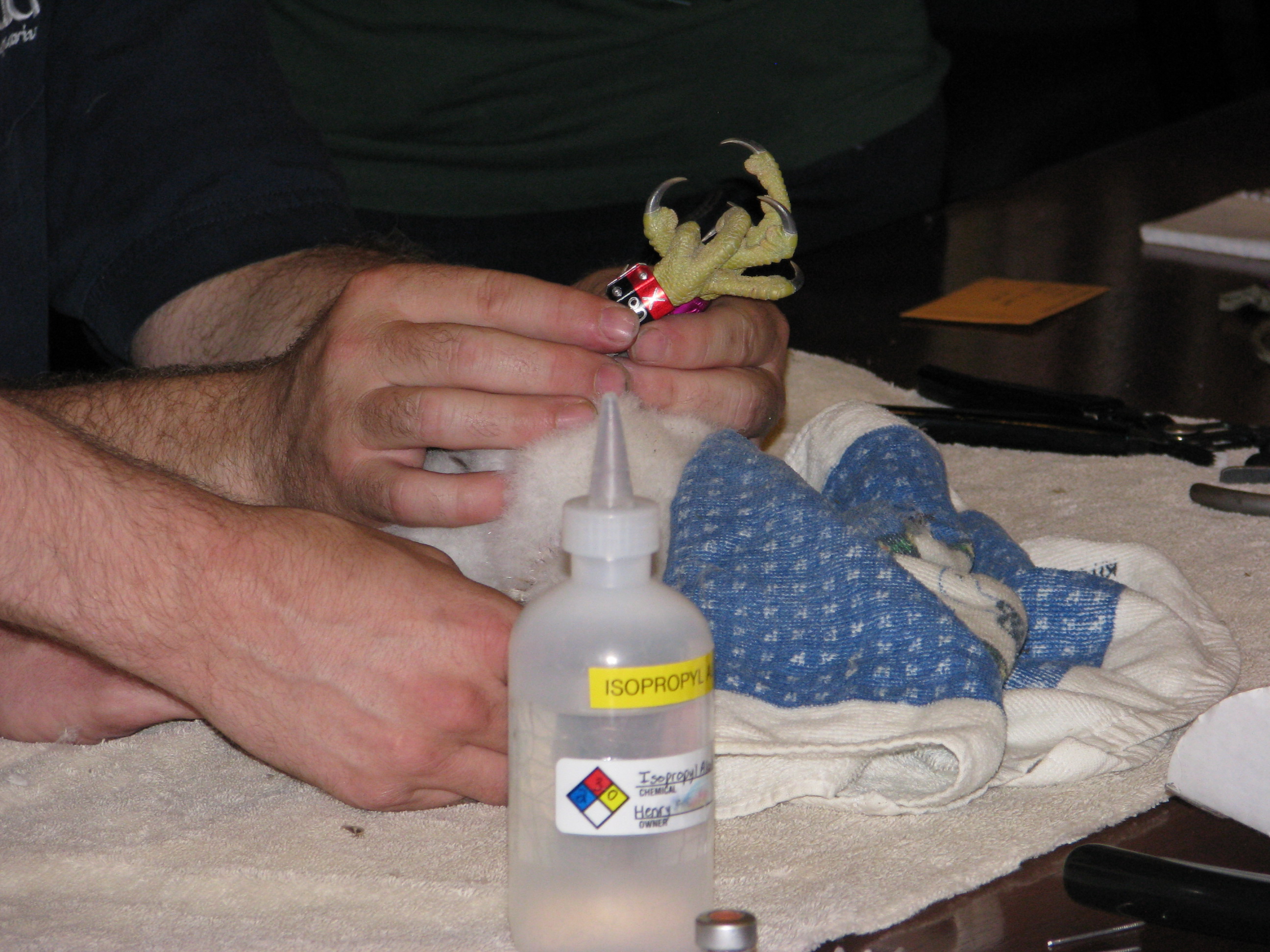 Still covered with fluff, but with adult-like feathers starting to come in. 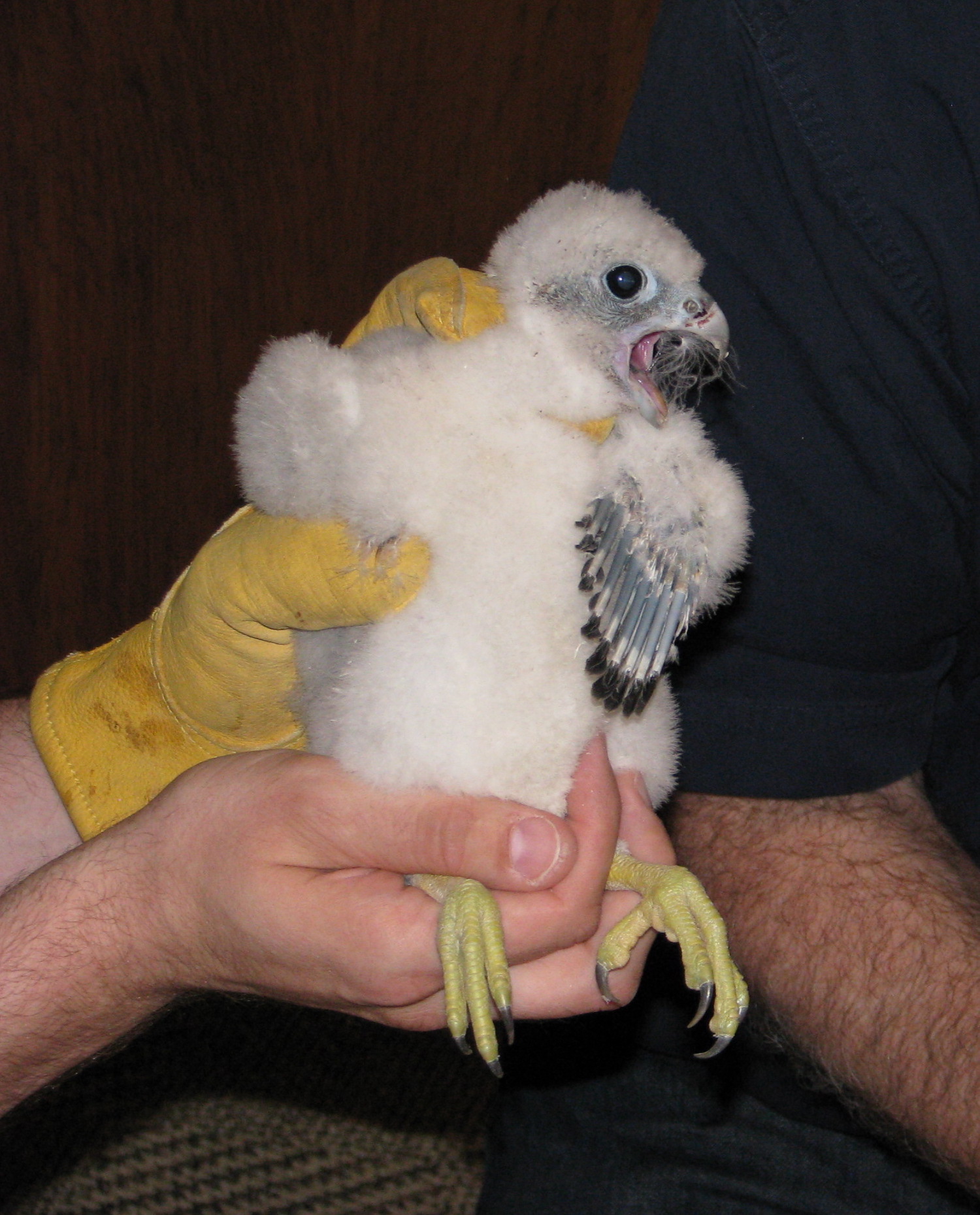 The male was there as well, keeping an eye on things through the narrow windows. Unlike the female, he was in the air the whole time, and I did not get a well-focused picture of him in spite of numerous attempts. 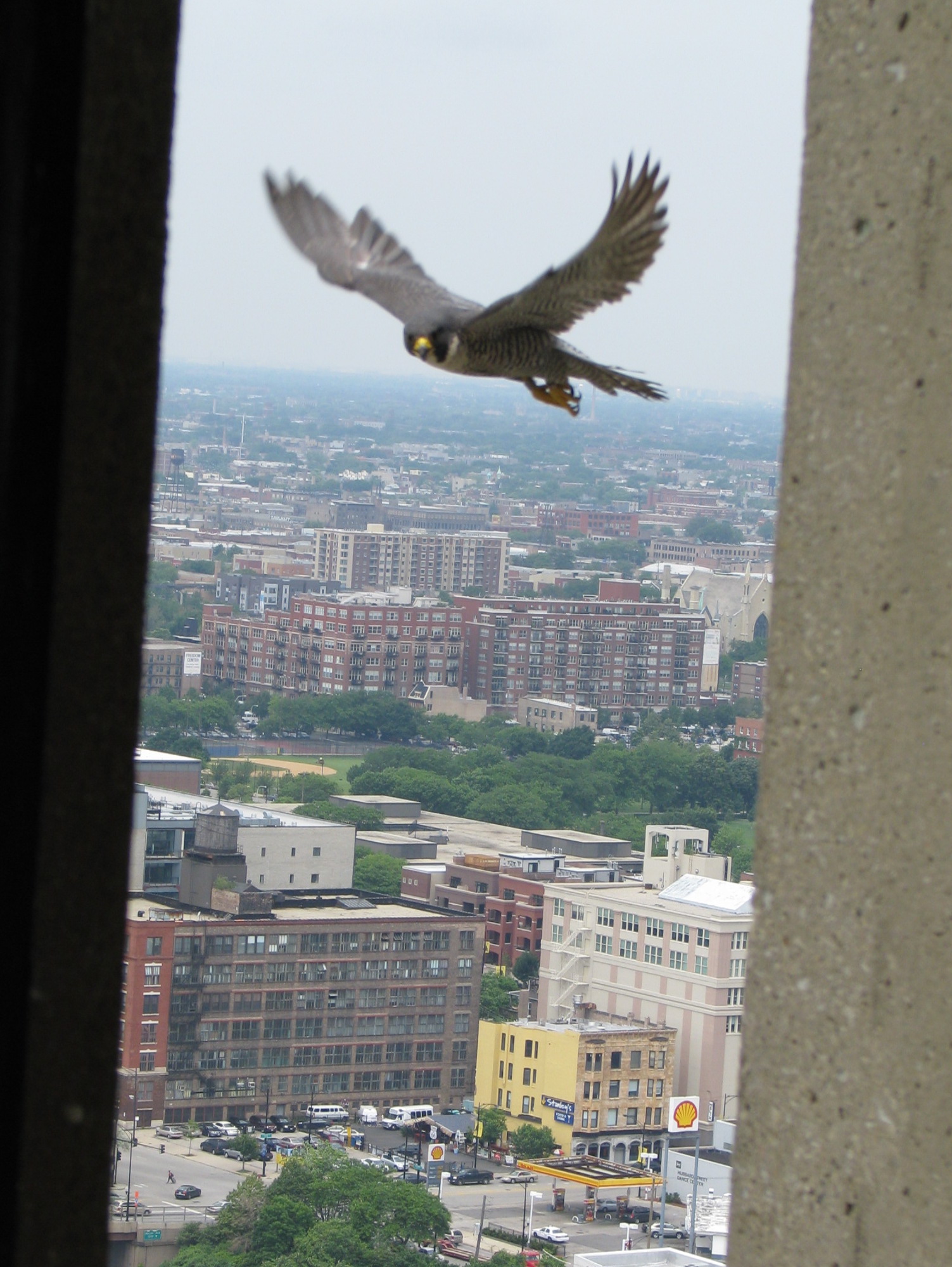 Rosie was understandably agitated the whole time: “Bring back my babies!” 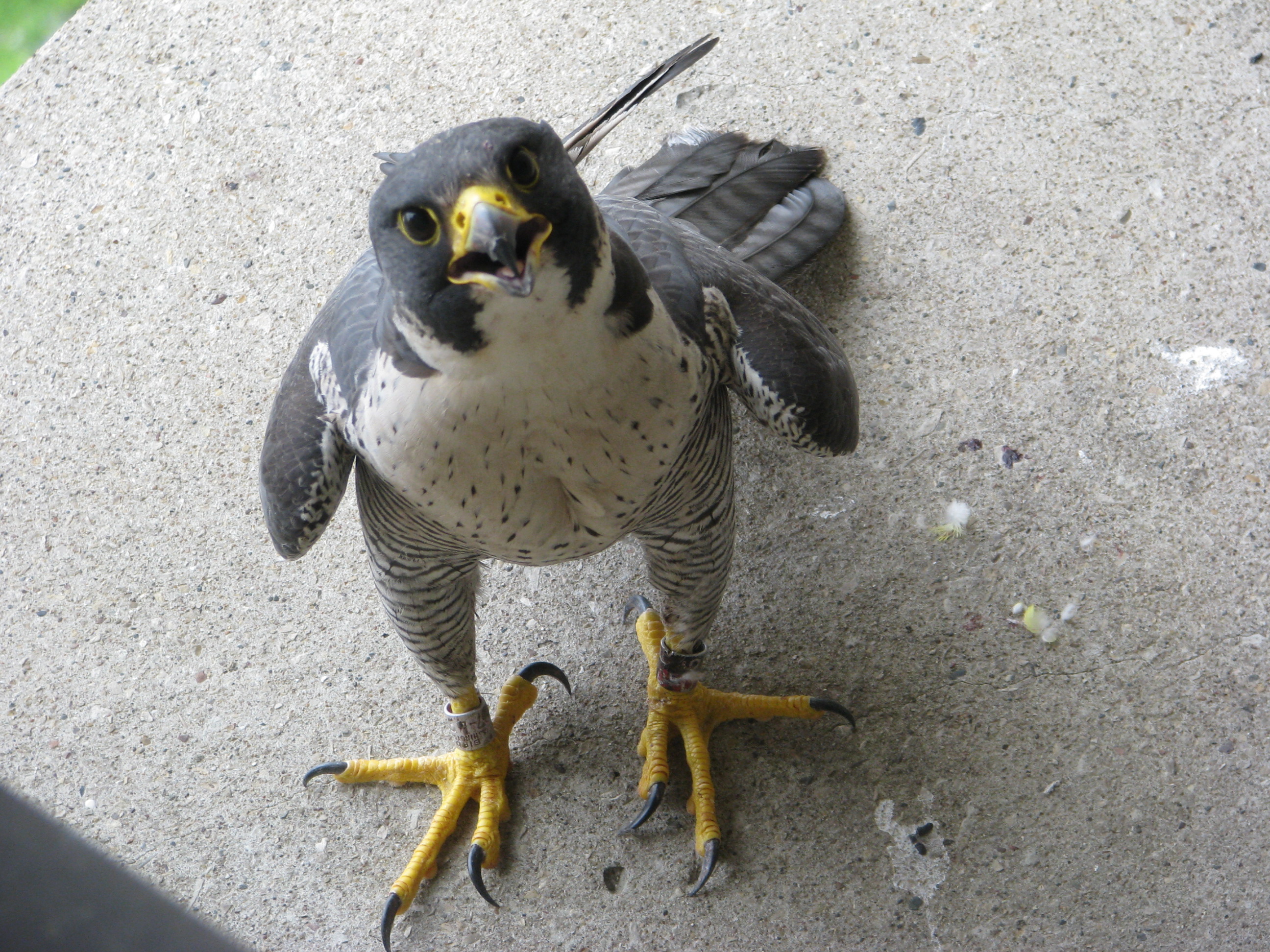