I have no idea why Scientific American is publishing editorials that have absolutely nothing to do with science. Yes, they have gone woke, and yes, they’re circling the drain, and while they of course have the right to publish what they want, they’ve abandoned their mission to shill for the progressive Democrats.

The latest shrill editorial is a critique of CRT implying that those who oppose its teaching in schools in whatever form, and are in favor of anti-CRT bills, are white supremacists. If you don’t believe me, read the article below. First, a screenshot from Jesse Singal, who rightly mocks the editorial staff of Scientific American:

If I'm an editor at Scientific American, one of a small subset of mainstream publications devoted solely to, well, science, I definitely want to jump in with an aggressive take on each and every culture-war controversy. Very very good for the brand.https://t.co/CZAF4I6AbR

I myself am against anti-CRT bills because how CRT is interpreted differs widely among people.  As the authors note correctly, these bills are sometimes construed as meaning that schools can’t teach anything about racial inequality or the genocide of Native Americans. I think school should teach that, but also that they should not set race against race, which, as we know, some schools are doing.

So, contra this editorial, I think there is something to be concerned about: woke teachers, of which there are plenty, propagandizing their students and spreading divisiveness. I’m not going to give all the examples that I’ve posted on this website, including the new curricula at NYC’s private schools that have angered (liberal) parents, California’s original draft of its ethnic studies curriculum that was pretty much anti-Semitic (that’s okay, it’s fine to diss the Jews), and the class where students had to paint their skin colors, or another where they compared their skin color to a chart that was, in effect, a way to measure how oppressed you are. If you think there’s not a problem, look what happened in Virginia. You can’t have your woke ideology and Democratic governance too—not with the sentiments of most Americans being what they are.

So yes, I’m in favor of teaching the very unsavory bits of American history, and are opposed to state laws that, designed largely by Republicans, are meant to prevent such instruction. But what you cannot do is say that CRT is never taught in classrooms, nor that all parents who oppose what’s going on in schools are racists and white supremacists. As Andrew Sullivan wrote last week:

A main reason Youngkin won in Virginia is that parents didn’t like this kind of instruction—a curriculum over which they had no say. Maintaining, as the article below does, that Democrats should just “keep it up” is a recipe for disaster down the line. This piece could have been written (and indeed perhaps was written) by “progressive” Democrats. And it doesn’t belong in a magazine about science, any more than an article about the nuances of string theory belongs in The National Review or New York Magazine. 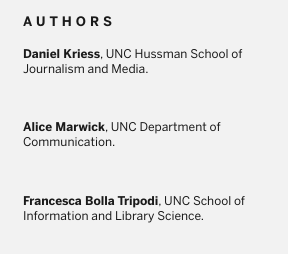 Some quote from the Sci Am piece (indented):

The recent election of Glenn Youngkin as the next governor of Virginia based on his anti–critical race theory platform is the latest episode in a longstanding conservative disinformation campaign of falsehoods, half-truths and exaggerations designed to create, mobilize and exploit anxiety around white status to secure political power. The problem is, these lies work, and what it shows is that Democrats have a lot of work to do if they want to come up with a successful countermessage.

Conservatives have spent close to a century galvanizing white voters around the “dangerous” idea of racial equality. When such disingenuous rhetoric turns into reality, the end result is criminalizing educational programs that promote racial equality. [JAC: Criminalizing?] Youngkin, who pledged to “ban critical race theory on Day One,” frequently repeated this promise at his “Parents Matter” rallies across the state in the final months of the campaign.

But in his campaigning, he and others misrepresented what critical race theory (CRT) actually is: a specialized intellectual field established in the 1980s by legal scholars Kimberlé Crenshaw, Neil Gotanda and Stephanie Phillips that emphasizes the unique historical role that legal systems play in upholding and producing racial inequalities in the United States.

The authors need to grasp what Sullivan says above. These authors are promoting a false view of what’s happening: that no aspects of CRT is seeping into public schools.

And here the authors claim that the anti-CRT movement (even the kind of watered-down CRT mentioned above) is motivated solely by white supremacy and racism:

Conservative anti-CRT rhetoric and the accompanying bills introduced and enacted by Republican state legislatures across the country comprise a disinformation campaign designed to manufacture white grievance in the service of white power. These policies reveal the need for researchers and scholars concerned with the quality of democratic debate to treat white supremacy as a disinformation campaign and to incorporate an honest accounting of America’s racial history and legacy of present-day inequality into all levels of education.

. . .Elections never depend on a single factor, and it’s not unusual for the party that captures the presidency to lose ground. That said, the perceived success of conservatives’ anti-CRT campaign will likely further legitimate explicit appeals to whites like those famously used by former President Trump. This will likely have long-lasting consequences. It further organizes U.S. politics around hardened racial and ethnic coalitions: a majority-white Republican Party and a multiethnic, multiracial Democratic Party. The Republican Party promises to maintain white people’s status at the top of the social hierarchy, while anti-CRT rhetoric conveys that this is justifiable.

I am a Democrat and am wary of the racial polarization of schools as it’s happening in many places, as well as ideological propaganda fed to kids. Not everybody who voted for Youngkin was a white supremacist, for crying out loud! Read Sullivan’s article, “The Woke meet their match: parents.” But wait! There’s more!:

Unfortunately, we know from history that white racial mobilization is a potent force, both at the ballot box and in attempts to subvert it.

This disinformation campaign must be directly confronted. Rather than dismissing manufactured concerns over critical race theory as fake, Democrats should embrace the robust teaching of America’s racial history in our public schools and make an affirmative case for why it matters for American values of fairness, equality and justice. Democrats should then focus on articulating how attacks on critical race theory are meant to divide people of all races who otherwise share interests. Rather than dismissing these attacks on CRT as isolated incidents, Democrats should mount their own sustained and coherent campaign to argue affirmatively for diversity, equity and inclusion programs and complementary efforts such as the 1619 Project.

Conservatives are unified around anti-CRT rhetoric. Now it is time for Democrats to form the same united front, to own that racism is real and to call out conservative legislative efforts designed to outlaw the teaching of racial inequality for what they are: a fitting example of how legal systems uphold racial inequality in the United States. This, of course, is exactly what CRT is trying to point out.

The last sentence, about legal systems upholding racial inequality, is absolutely debatable and should not be taught without careful parsing about what you mean by “legal systems.” The problem here is that this kind of facile and dubious assertion is already causing divisions among Americans and playing straight into the hands of Republicans. In the editorial above, the authors are staying “stay the course, full steam ahead”, while every other sensible Democrat is saying, “Wait! What happened? What can we do about it?”

The authors don’t seem to get out much, and really should pay attention to what Sullivan says here:

And if the culture war is fought explicitly on the terms laid out by the Kendi left and the Youngkin right, and the culture war is what determines political outcomes, then the GOP will always win. Most Americans, black and white, simply don’t share the critique of America as essentially a force for oppression, or want its constitution and laws and free enterprise “dismantled” in order to enforced racial “equity.” They understand the evil of racism, they know how shameful the past has been, but they’re still down with Youngkin’s Obama-‘08 impression over McAuliffe’s condescending denials and the left’s increasingly hysterical race extremism.

Instead, the authors take the stance of the Kendi-an left.

But why is Scientific American publishing this kind of debatable (and misleading) progressive propaganda? Why don’t they stick with science?  As a (former) scientist, I resent the intrusion of politics of any sort into scientific journals and magazines. If I want to read stuff like the above, well, there’s Vox and Teen Vogue, and HuffPost and numerous other venues.

I wonder how long Scientific American will last. . . . .