Today we have three photos and some science from Lou Jost, a polymath biologist who works at a field station in Ecuador. His notes are indented, and you can click on the photos to enlarge them.

Recently I gave Jerry some photos of plant fluorescence, which is visible light excited by incoming UV light. The fluorescent light is just normal light that you can see with the unaided eye, but the UV light I used to excite the fluorescence is invisible, with wavelengths too short to be detected  by our eyes. There is also invisible light on the other side of the visible-light spectrum, beyond the long red wavelengths. This is infrared light. Though we can’t see it, camera sensors are quite sensitive to it. Camera makers have to build their cameras with infrared-blocking filters in front of their sensors, so that colors look the same as what our eyes see. These filters can be removed. The camera that I used to take today’s pictures has had this surgery.

The first picture shows a rocky mountain in front of my house, covered in evergreen tropical forest. The forest is red because it is reflecting lots of infrared light, which the camera is reading as red.  Things that don’t reflect much infrared (the rocks and sky) have their normal colors.  This is actually a composite of two images, one with a filter that cuts out infrared light and the other with a filter that cuts out visible light (and then converting the resulting monochrome image to a red one). The two images are overlaid on top of each other and at each pixel, I keep the brightest one. This view is how the world would look if our red cones had a slightly extended spectral response. 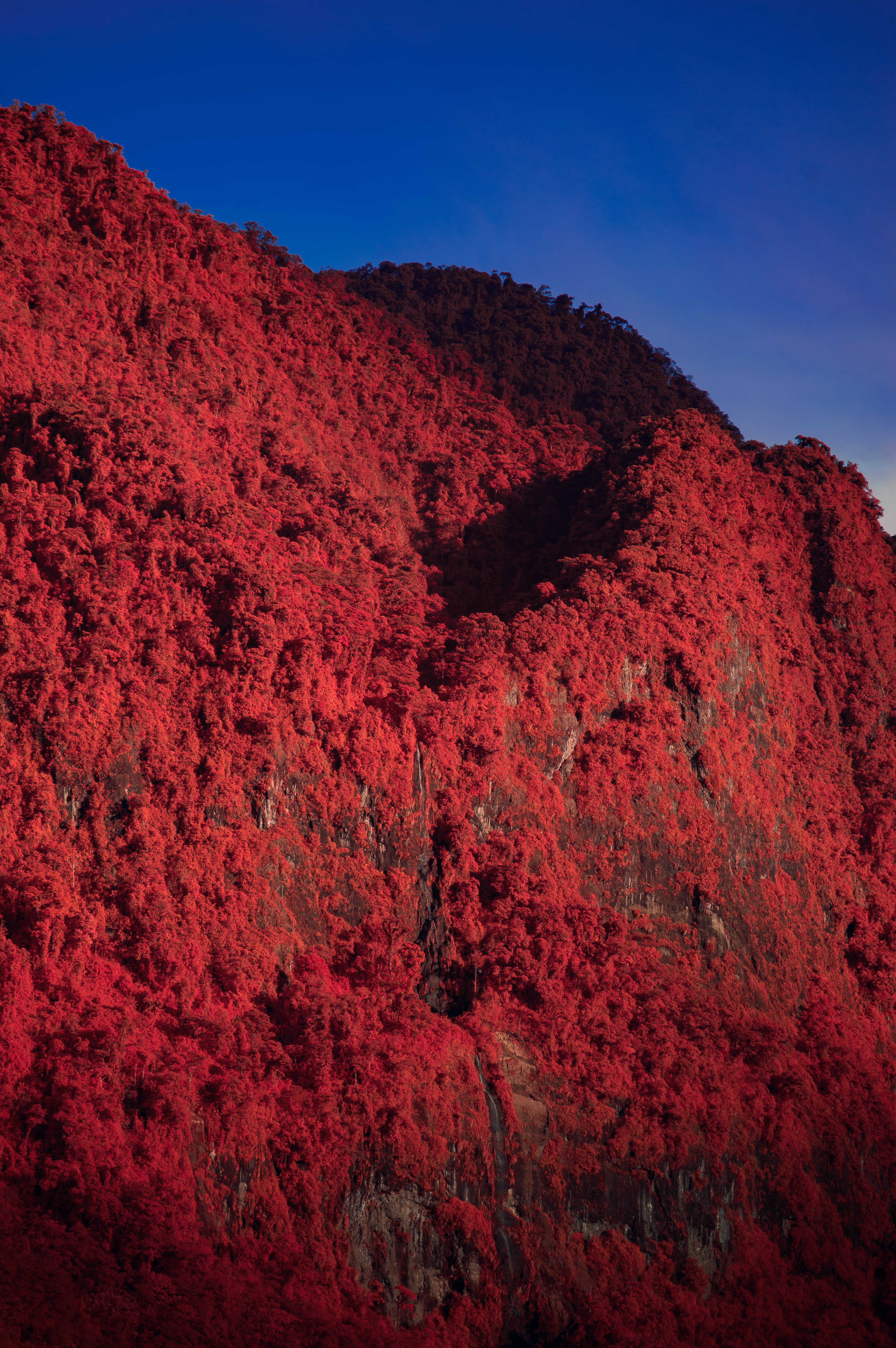 The next picture is the volcano next to my house. It is a single photo, taken with an “IR Chrome” filter which gives a result similar to the two-photo method I used in the first photo. The vegetation along the flank of the volcano glows red. 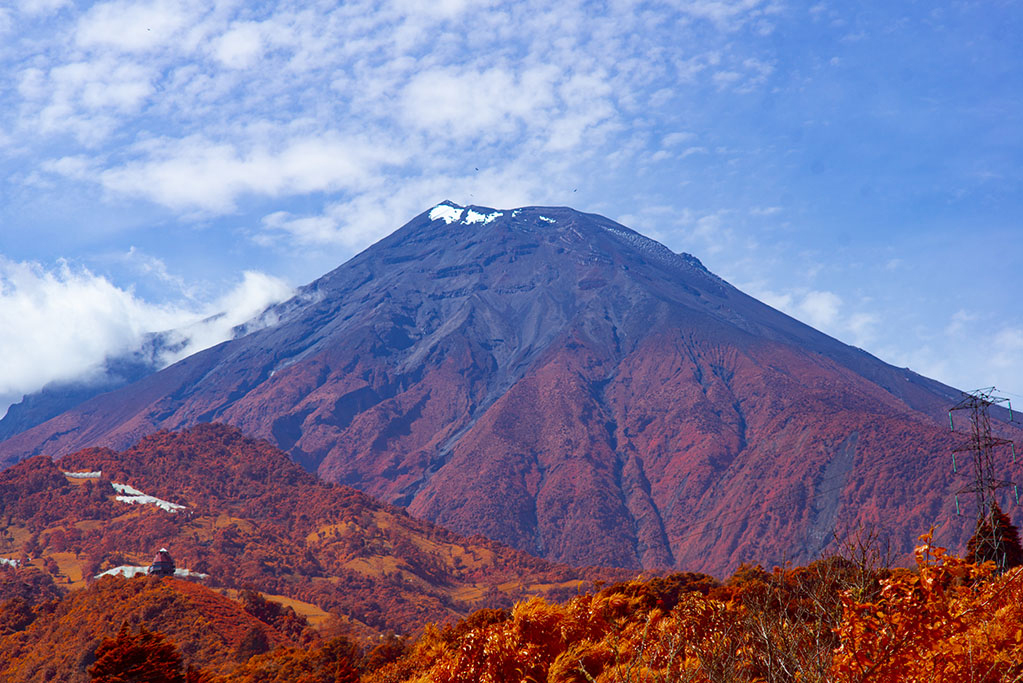 The picture of my night sky is taken without any filter; it is white-balanced to visible light but it is sensitive to infrared too. The universe emits lots of infrared radiation, so an infrared -sensitive camera is much more effective for astrophotography than a normal consumer camera. Here you can see the Milky Way, with a brilliant magenta nebula in the middle. This is the Lagoon Nebula, a particularly beautiful celestial object. It is three or four times bigger across the sky than the moon! But just barely visible to the naked eye if you are lucky. 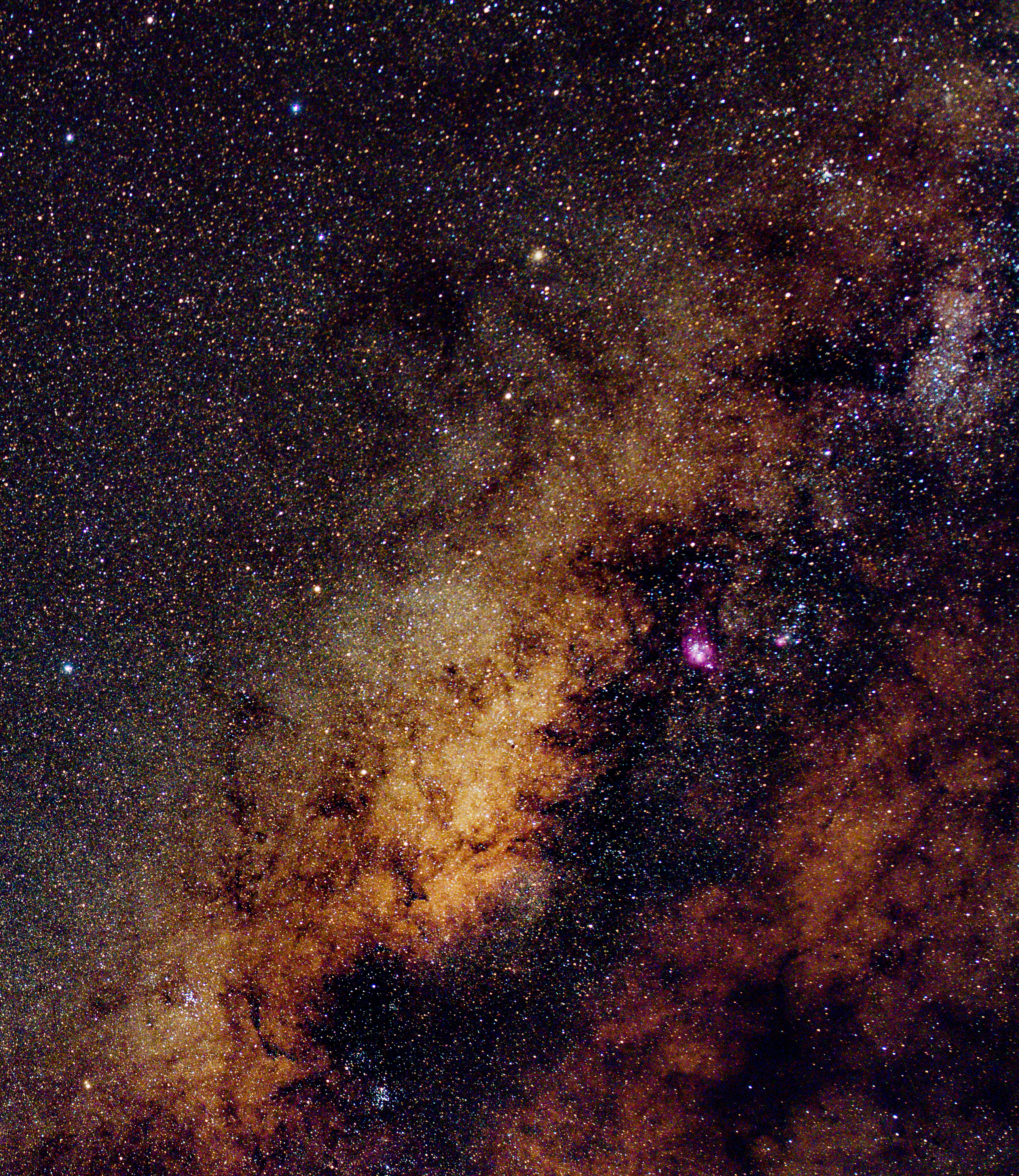