Once again I appeal for photos, as I go through seven batches per week. If you have some good ones, please send ’em in. Remember, I never ask for money (except for charities), but I do ask for photos.

Today we have the second installment of bird photos (and one mammal) from Susan Harrison, an ecologist at the University of California at Davis. Part 1 of her contribution is here. Susan’s captions and IDs are indented, and you click on the photos to enlarge them.

Birdwatching in the Great Basin in summer gives “flyover country” a new and improved meaning.  These are sightings from Nevada, Utah, and Idaho in July-August 2021, sorted loosely by habitat and elevation.  Some fun facts are taken from Cornell Lab of Ornithology’s excellent site, allaboutbirds.org.

This has been called “the bird without a field mark” with “no mark of distinction whatever—just bird” (allaboutbirds.org), but it has a crazy song that reminds me of samba percussion: 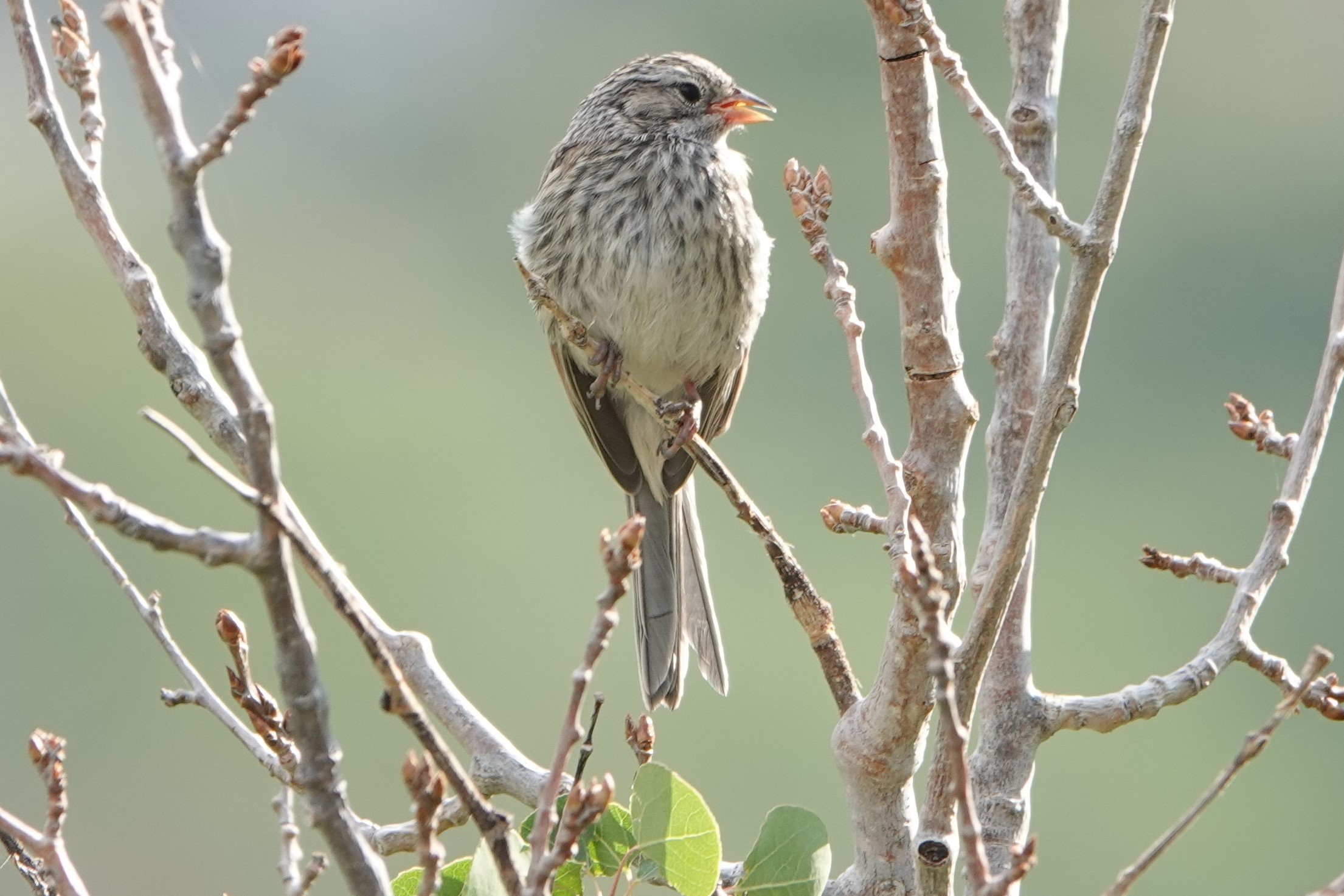 A passing Short-Eared Owl (Asio flammeus), too fast for me to photograph, put this bird and several others on high alert: 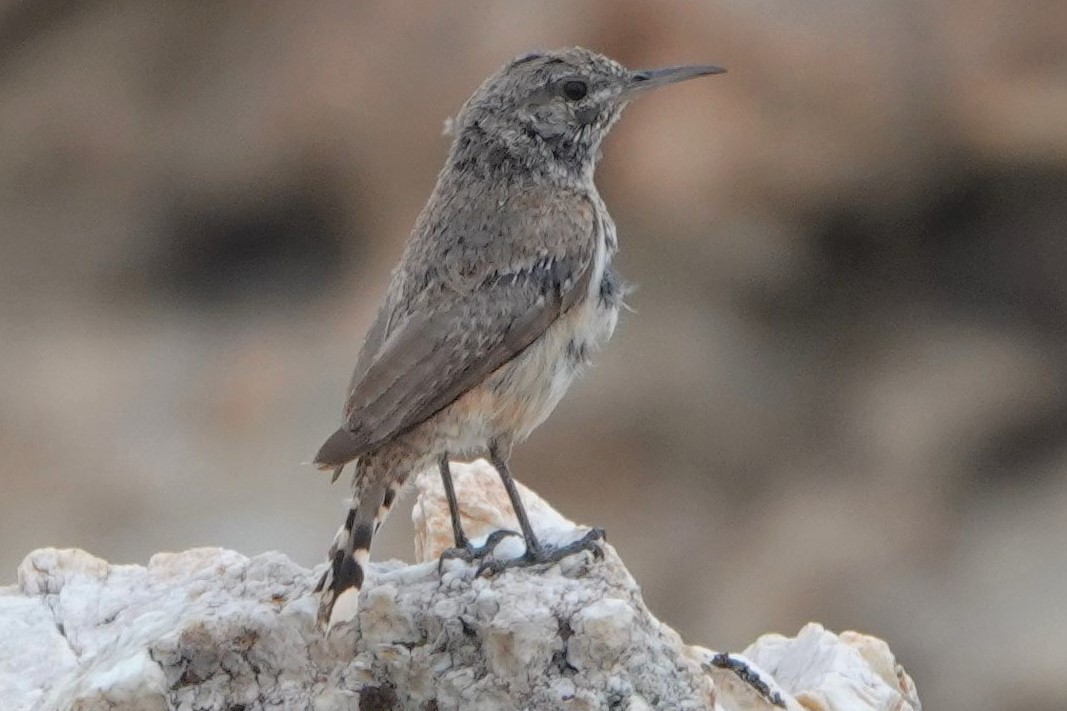 This coyote seemed interested in the flutter of small-animal activity in the wake of the Short-Eared Owl: 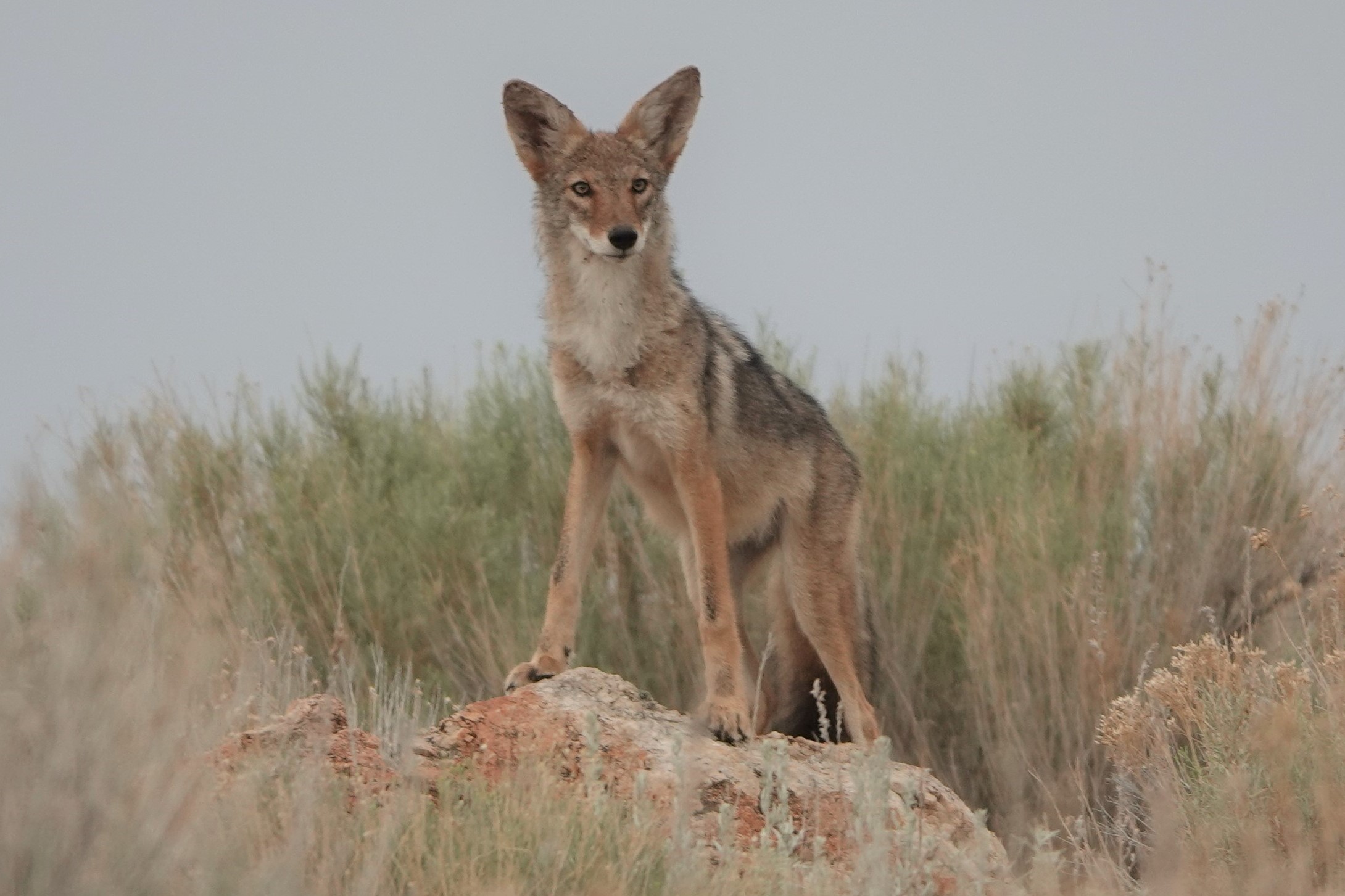 This family was breakfasting on bugs in the cow pies in a very small pasture surrounded by desert: 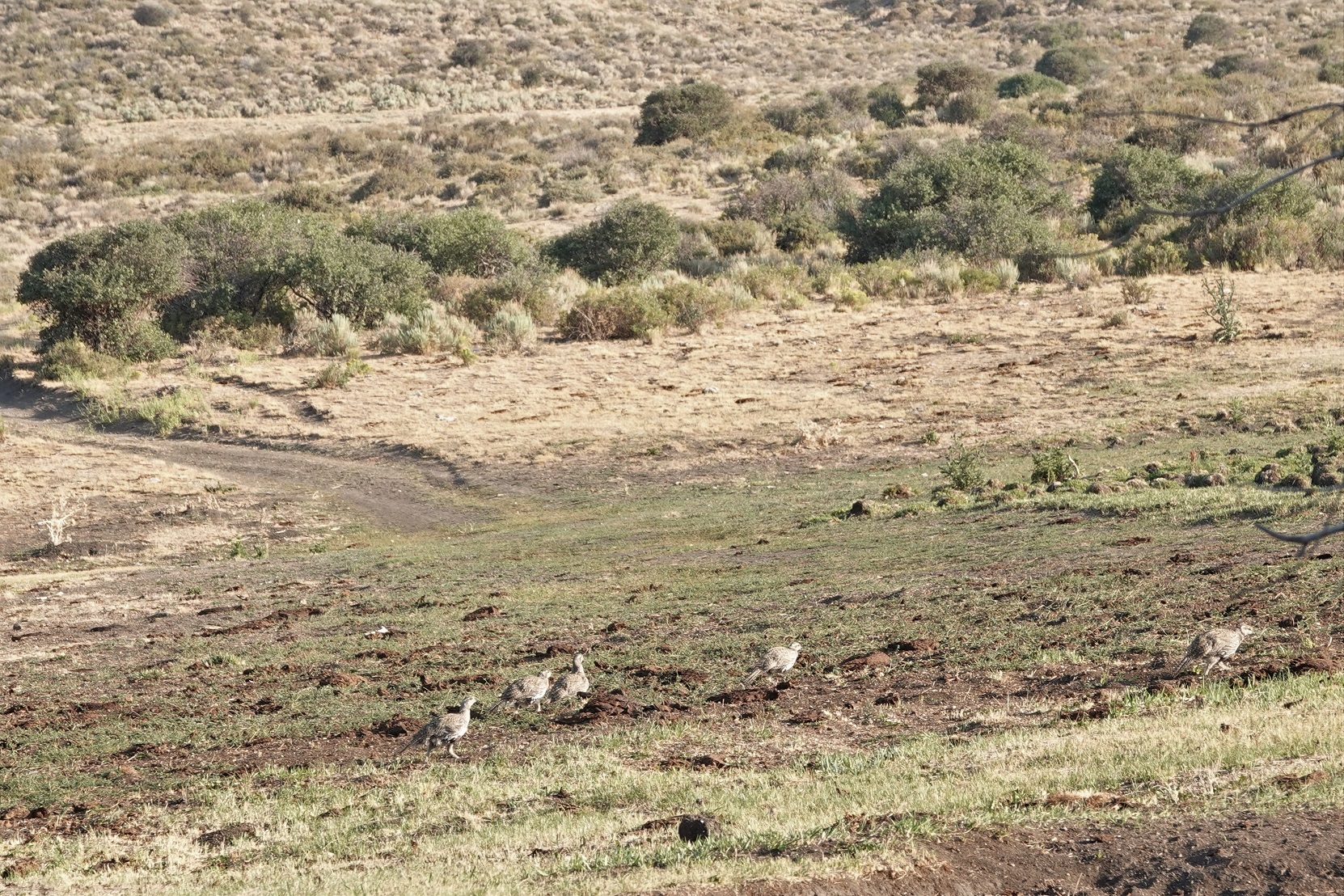 These great singers were hunting insects around the cow pasture: 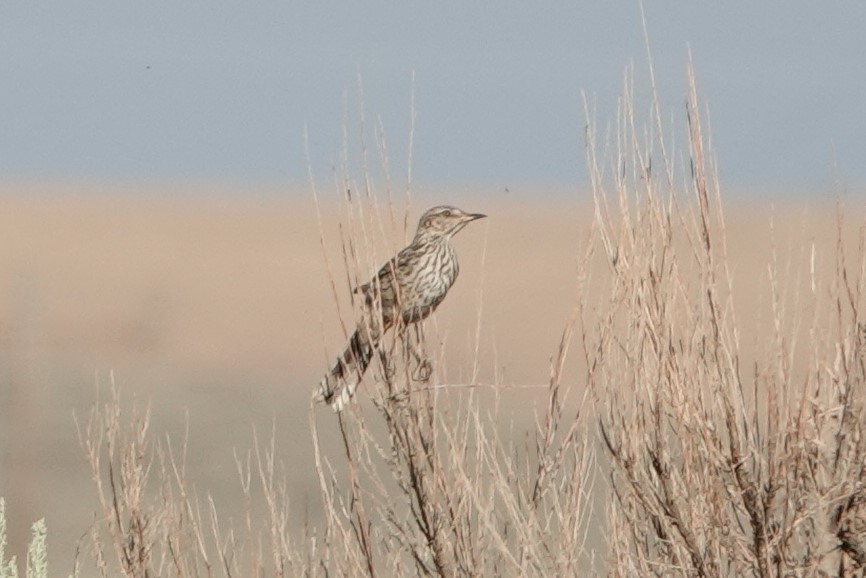 This dashing flycatcher breeds all the way from central Mexico to the Arctic: 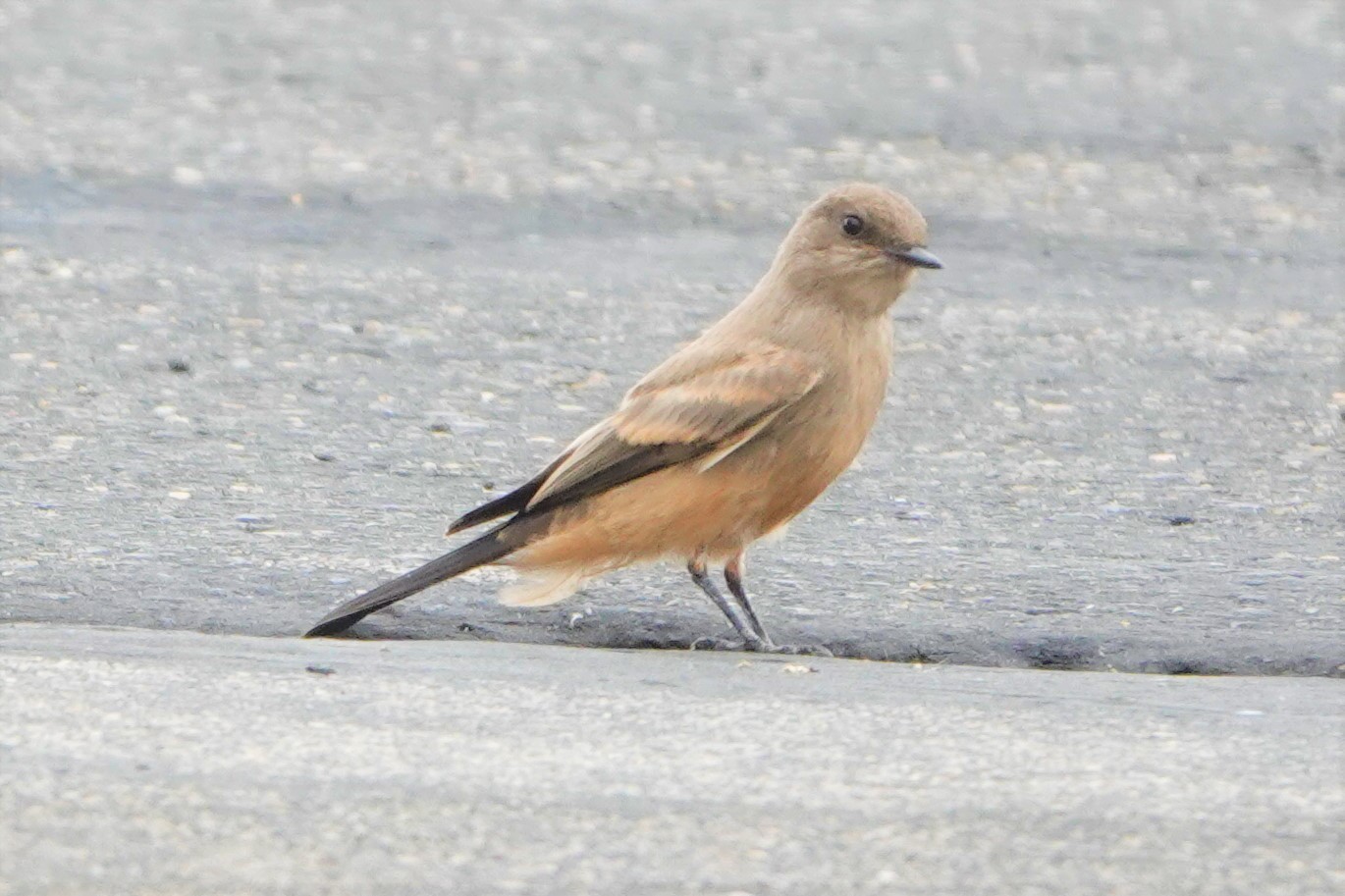 Named for its flashy legs, and also called telltale, tattler, and yelper for its sounds: 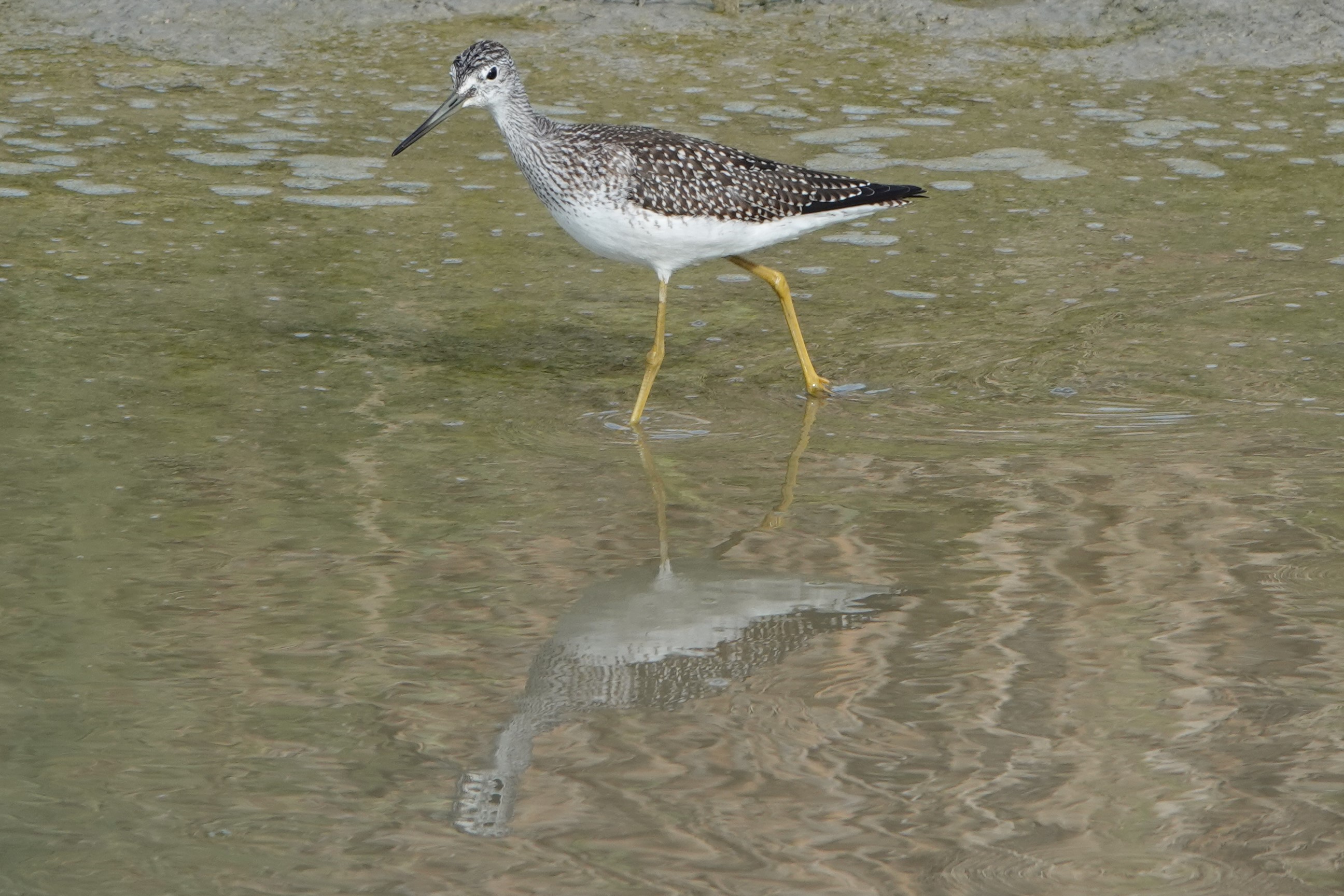 Simulates the Doppler effect with its calls, giving the illusion that it’s moving faster than it is: 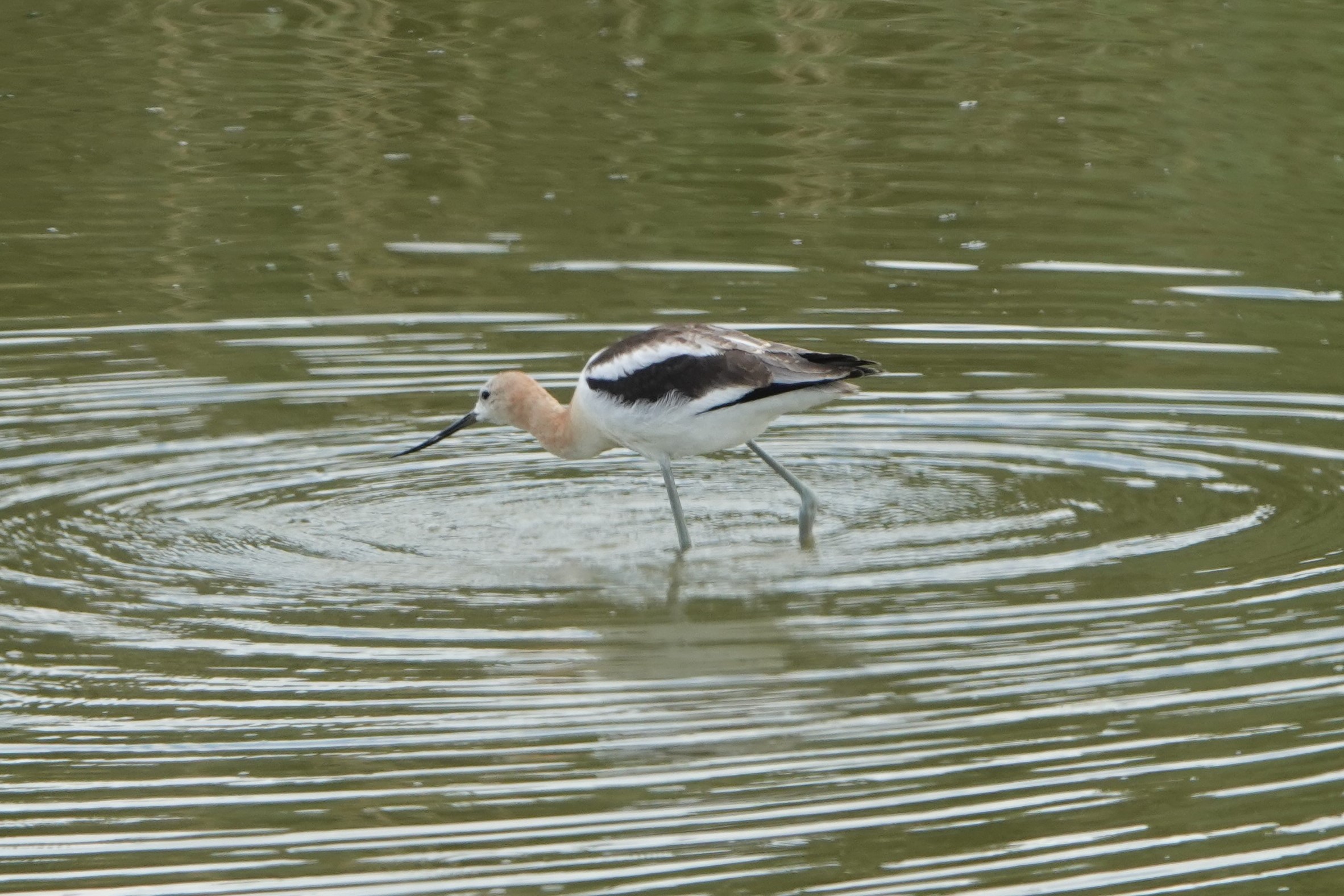 These legs are proportionately longer than those of any bird but flamingos: 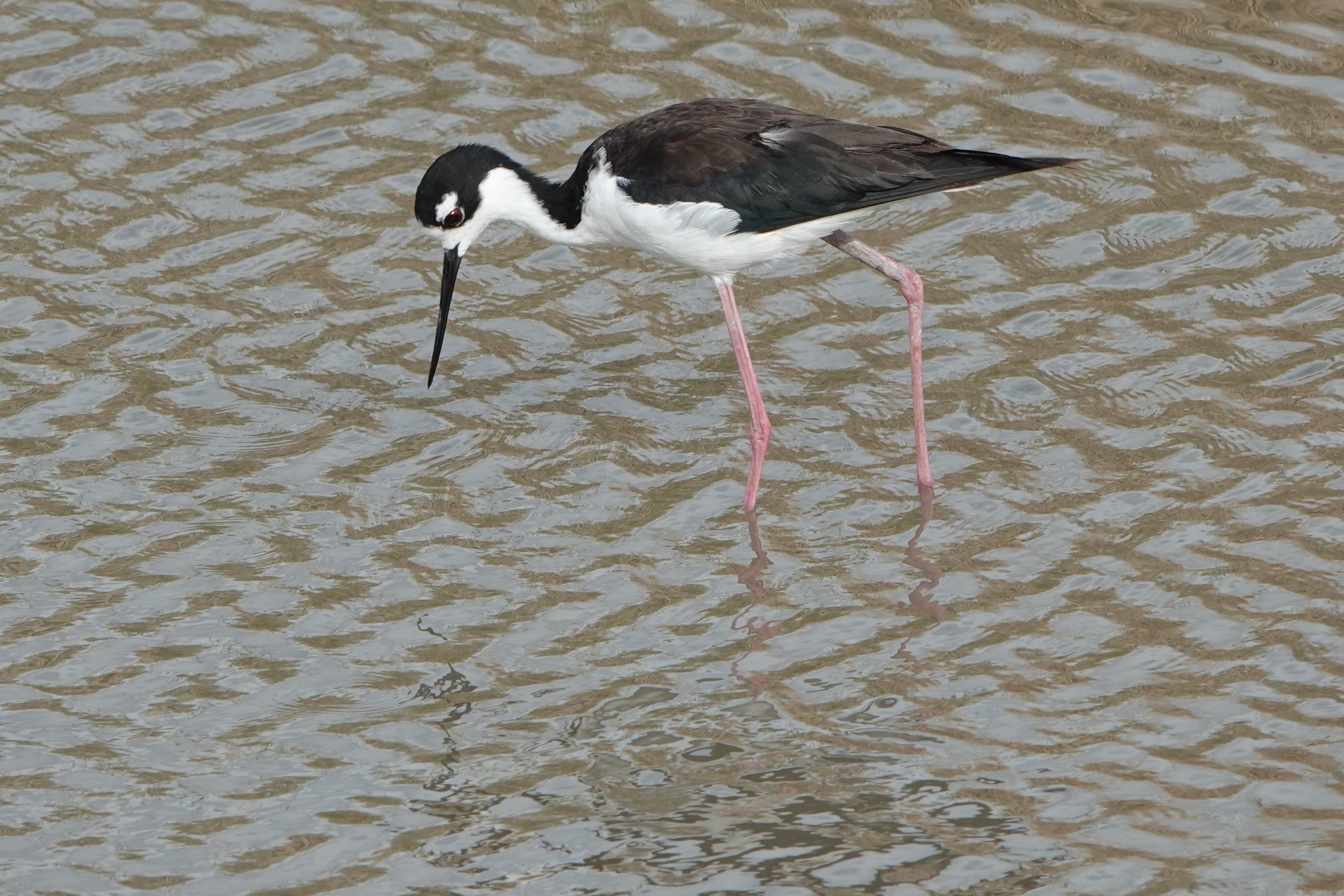 Dances on the water in courtship, carries young on its back, and is almost identical to Western Grebe (Aechmophorus occidentalis); 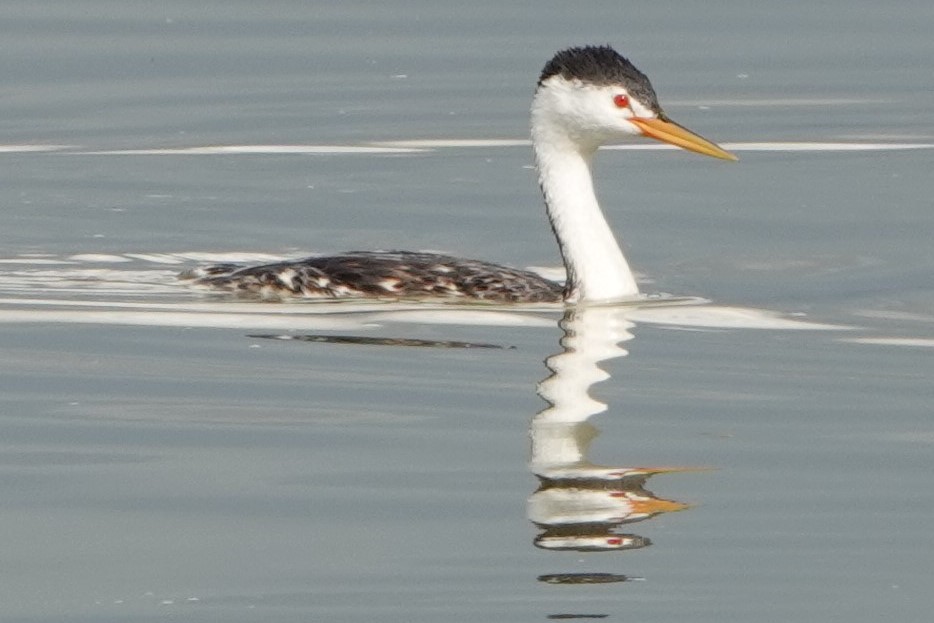 Females are the colorful sex in this species, though these ones are in nonbreeding plumage: 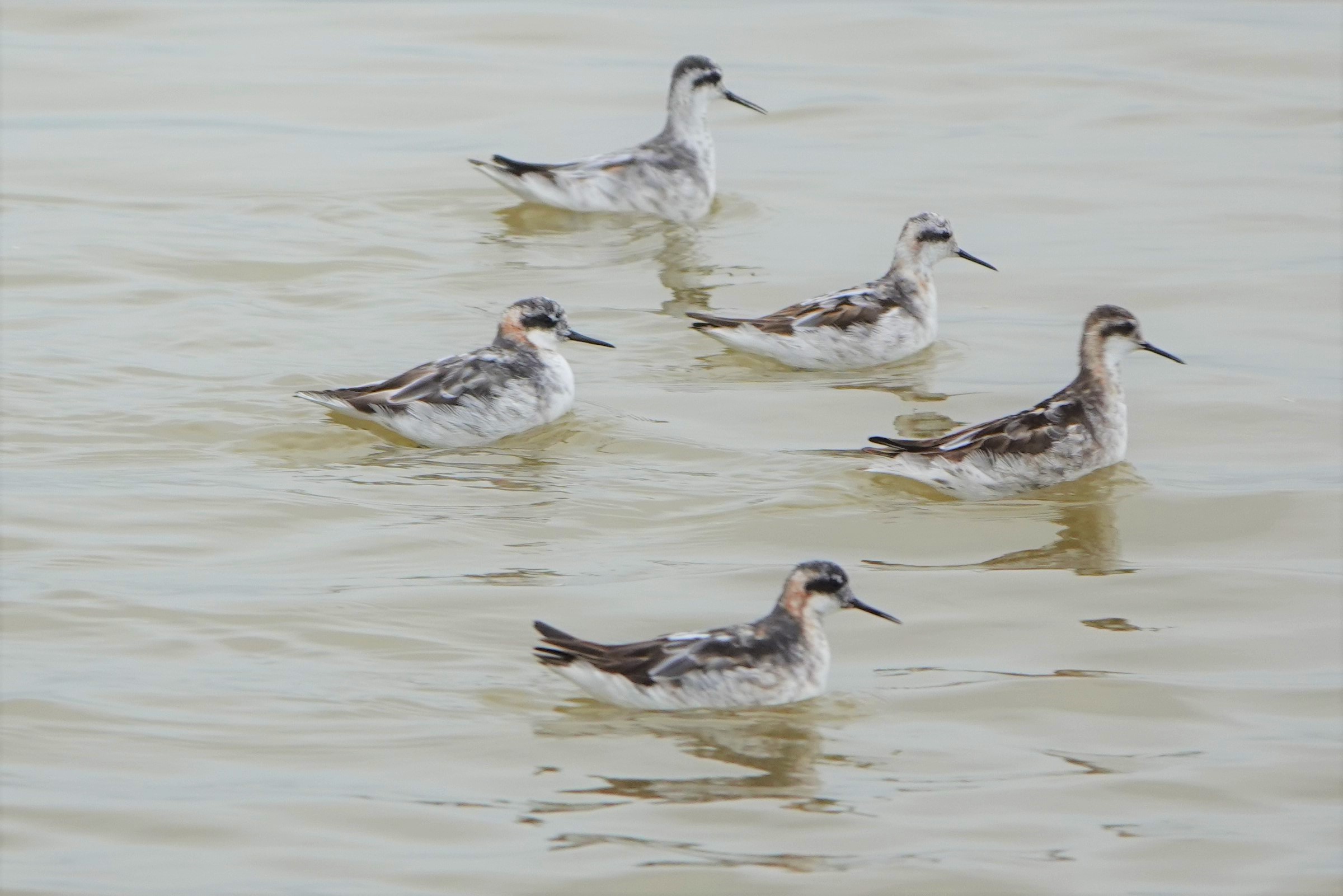 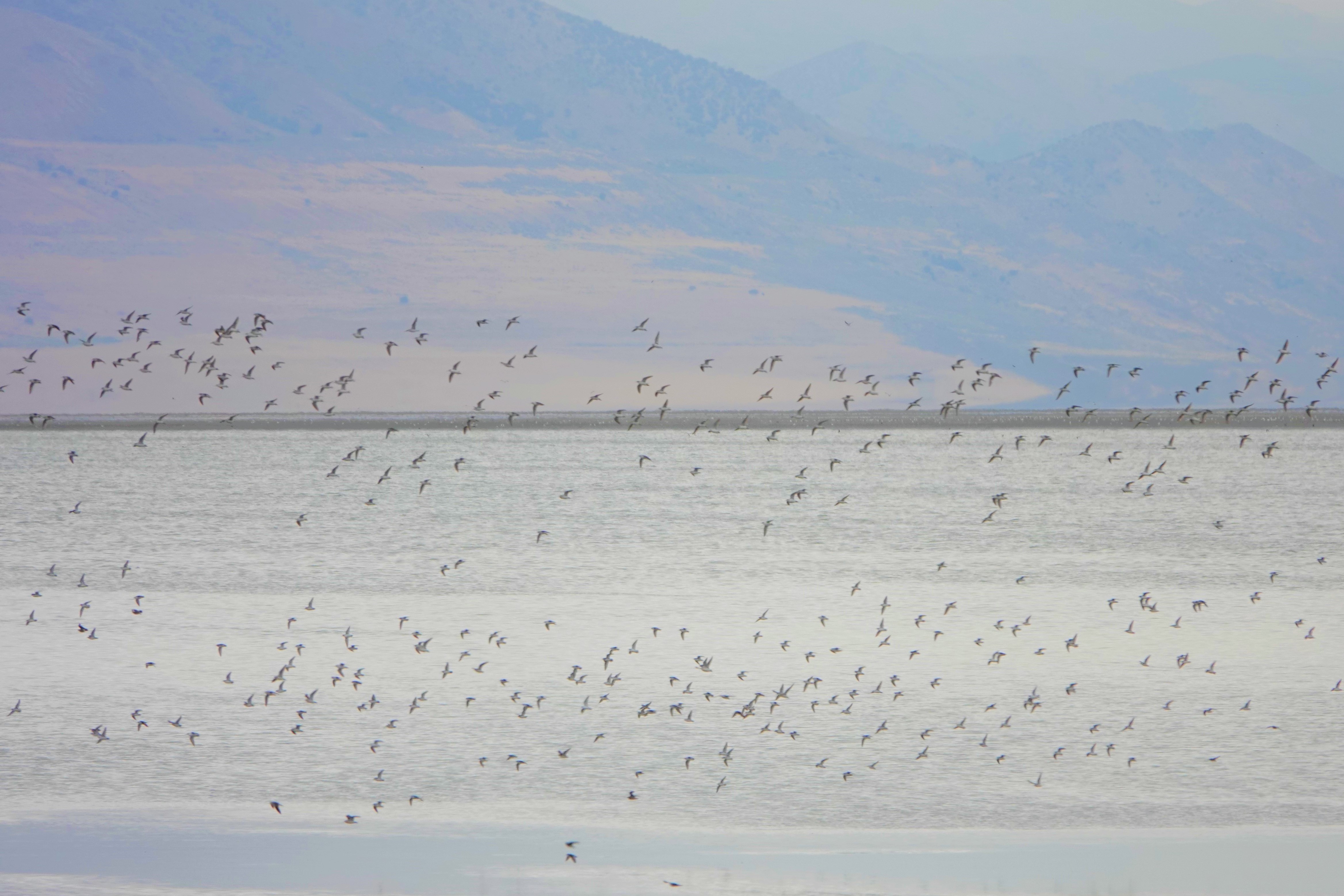 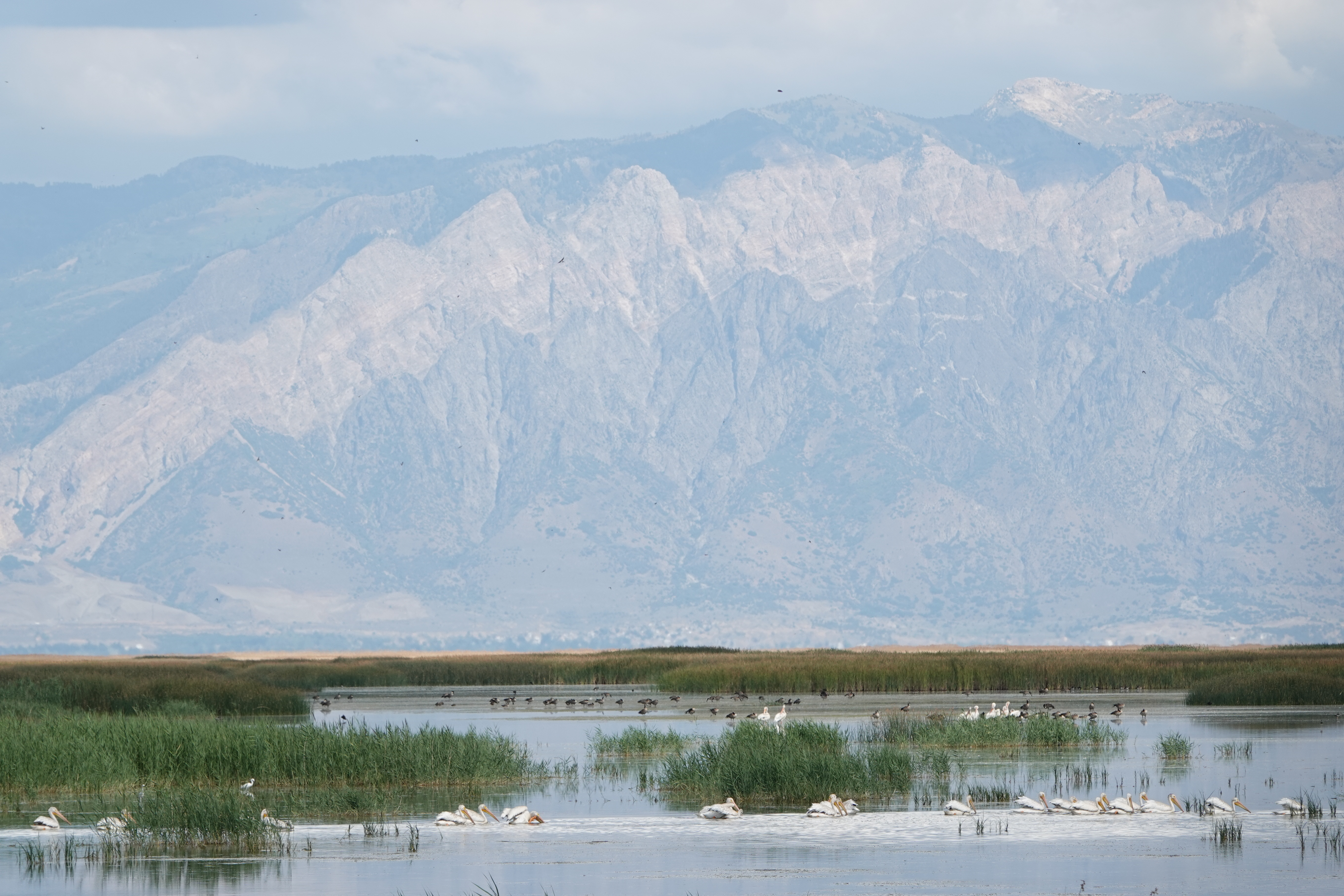