Today’s photos are from Tony Eales in Queensland, and are a combination of culture, landscapes, and animals. Tony’s captions are indented, and you can click on the photos to enlarge them.

I just got back from a short trip to the outback to attend and celebrate the Koa People’s successful struggle for recognition of their continuing native title rights in the Winton area of my state. My job is to assist Aboriginal traditional owner groups in their legal battles to have their native title rights recognised by the Commonwealth of Australia, so it was a good day for us as an organisation as well as the Koa.

I spent some time in Bladensburg National Park on Koa country prior to the hearing and drove out there and back some 1400 km each way so it was a big week. Here are some of the sights.

On the way out, my wife and I passed through the small town of Muttaburra. It was a bit of a detour but is the home of the rather musically named dinosaur Muttaburrasaurus langdoni (seen here in statue form at the Muttaburra discovery centre, holding hands with my wife). 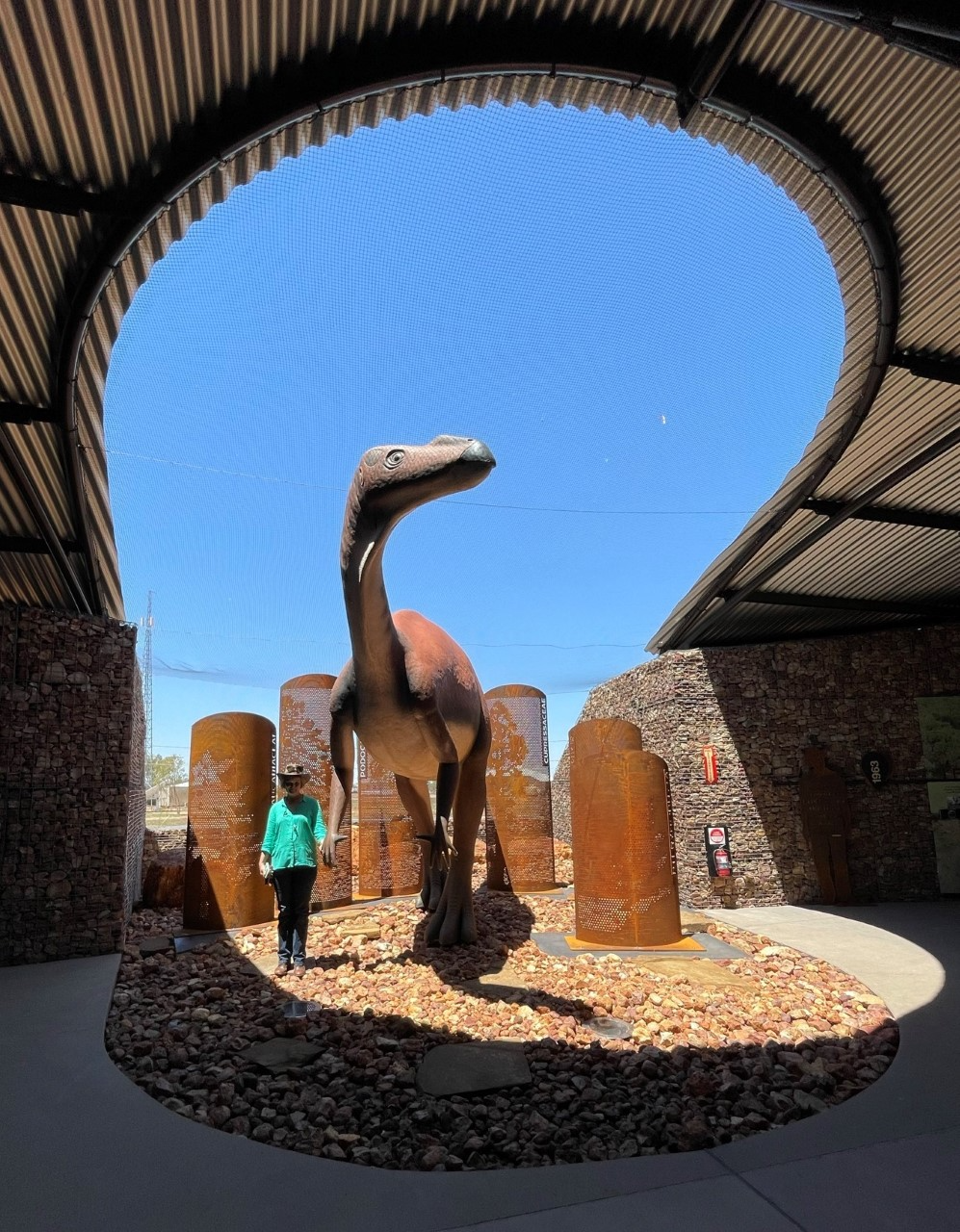 Where we camped in Bladensburg was very dry with little life around but at night the lights attracted a wide variety of beetles, bugs, moths and lacewings including this very beautiful thread-wing lacewing, Austrocroce mira. 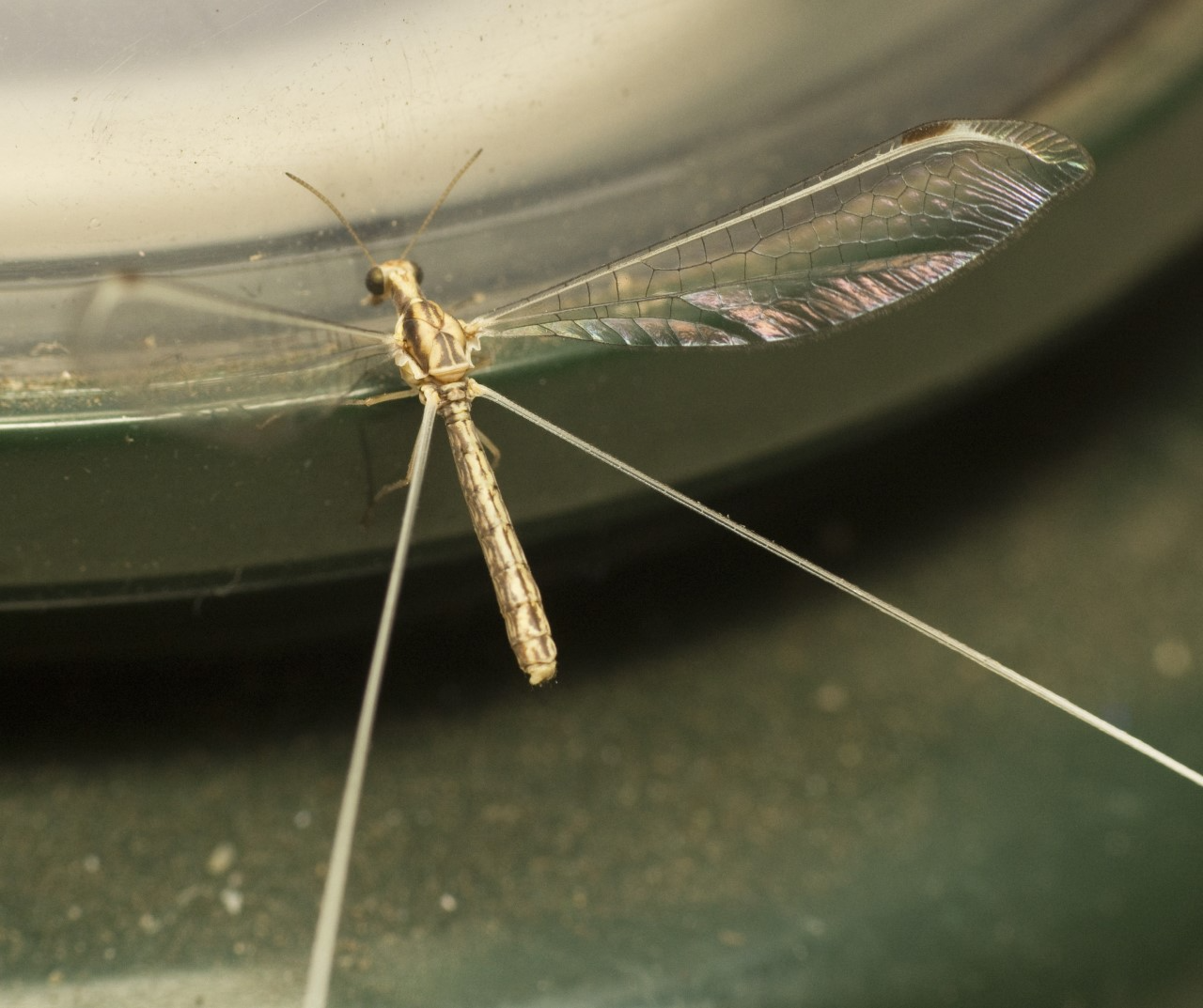 My friend suspects some of the wolf spiders like this one may be Allocosa sp. but the huge diversity of Lycosids in Australia are currently being reviewed and removed from European genera and given new taxonomic labels. 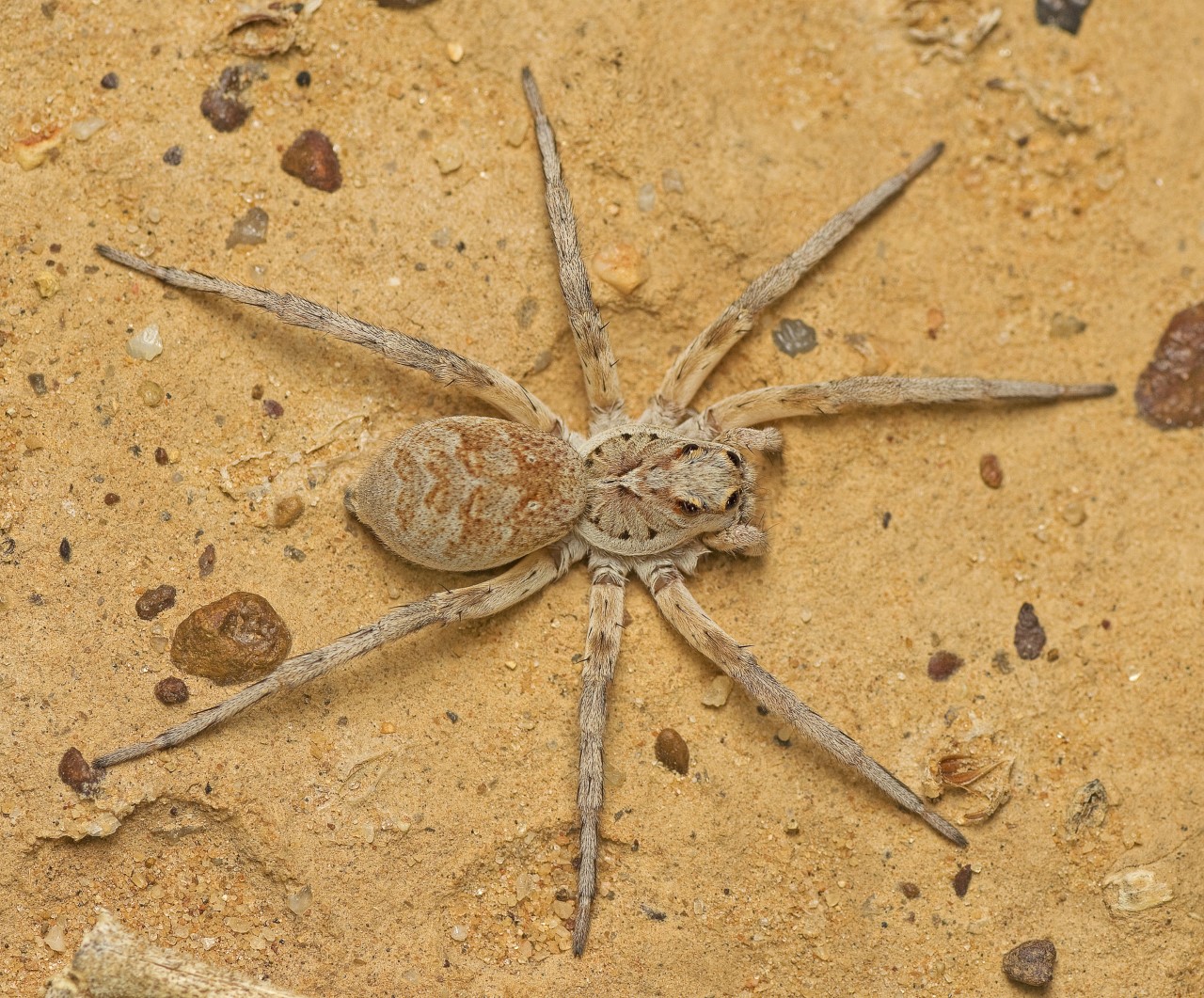 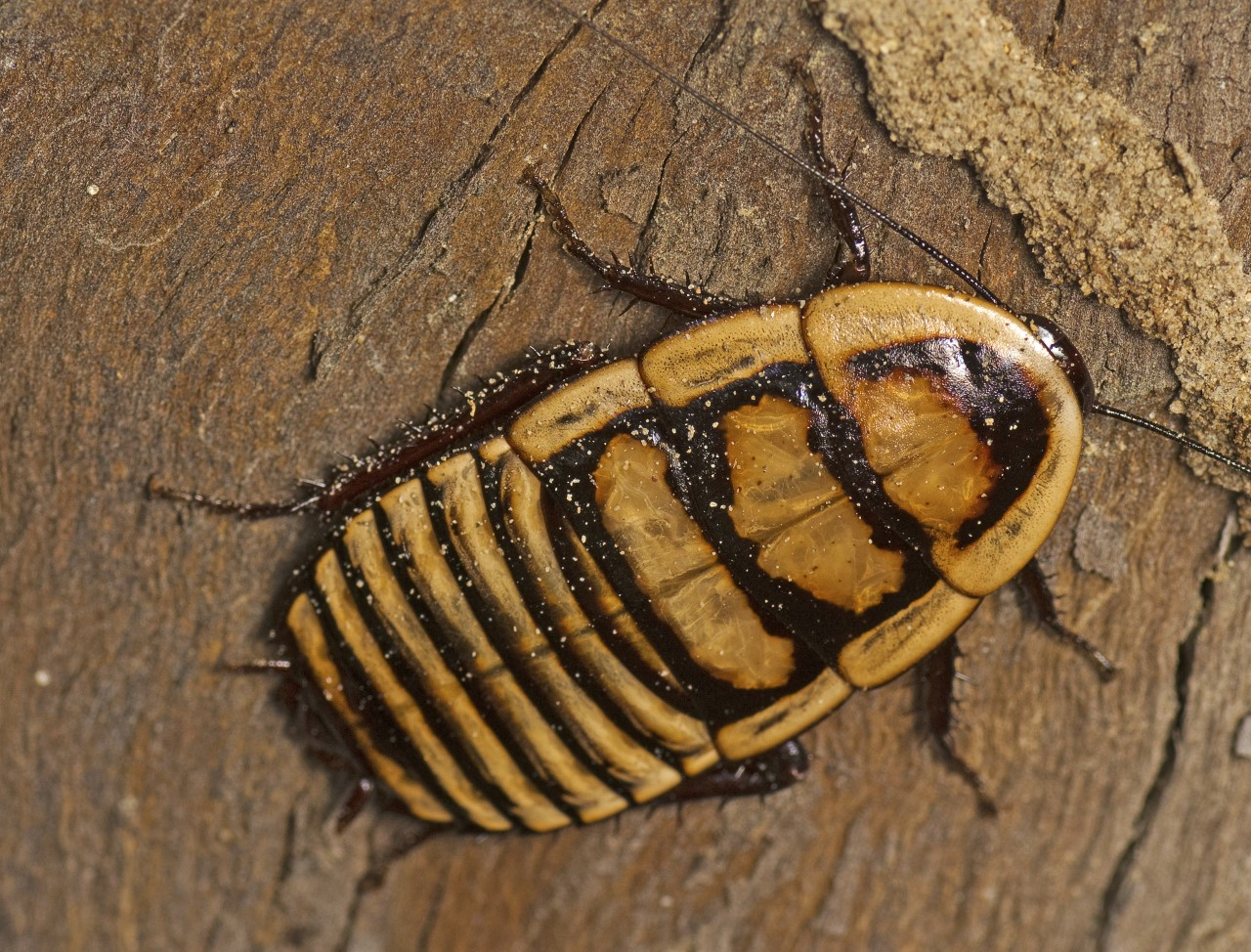 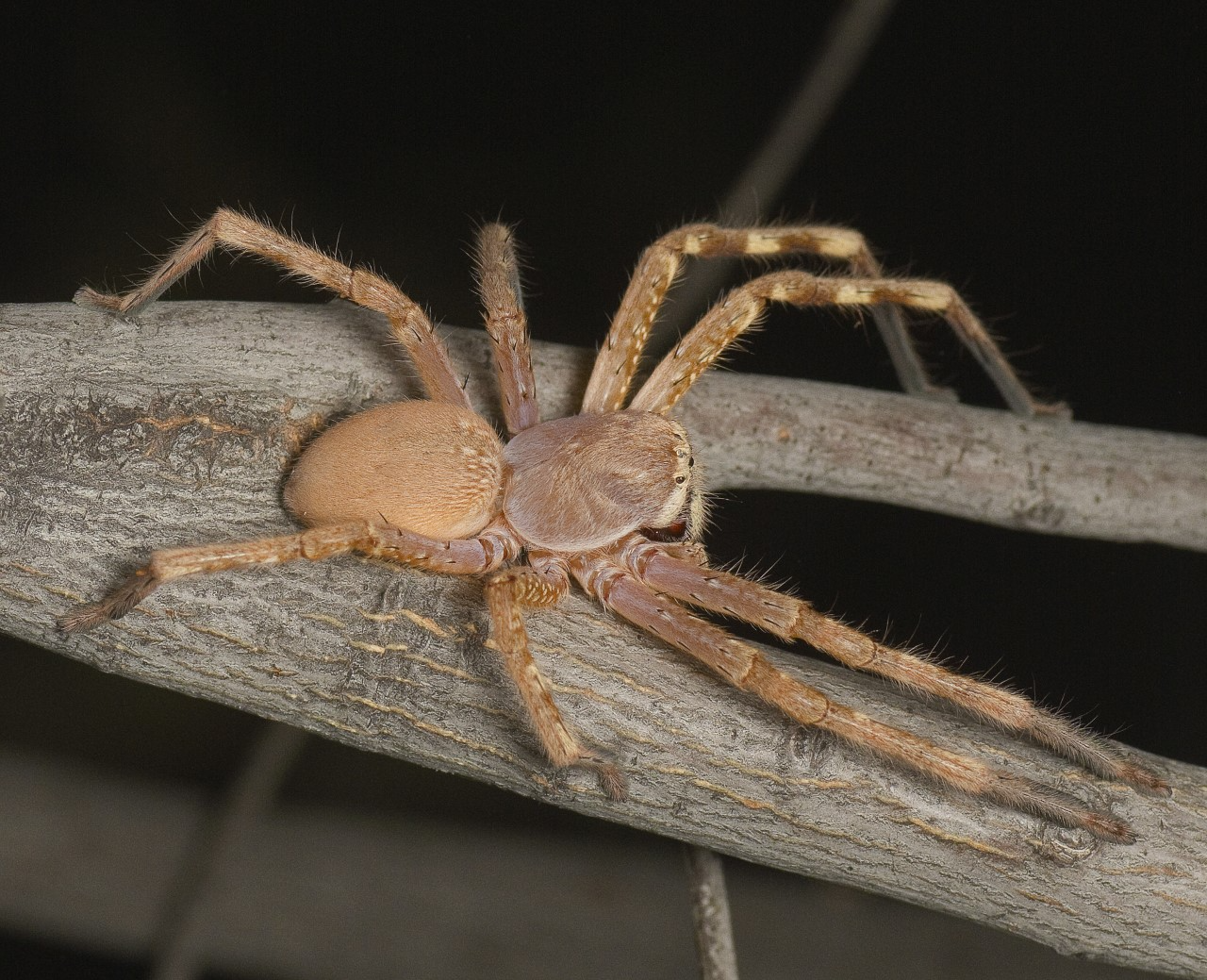 Daytime was the time for birds and when we could appreciate the dramatic landscape. 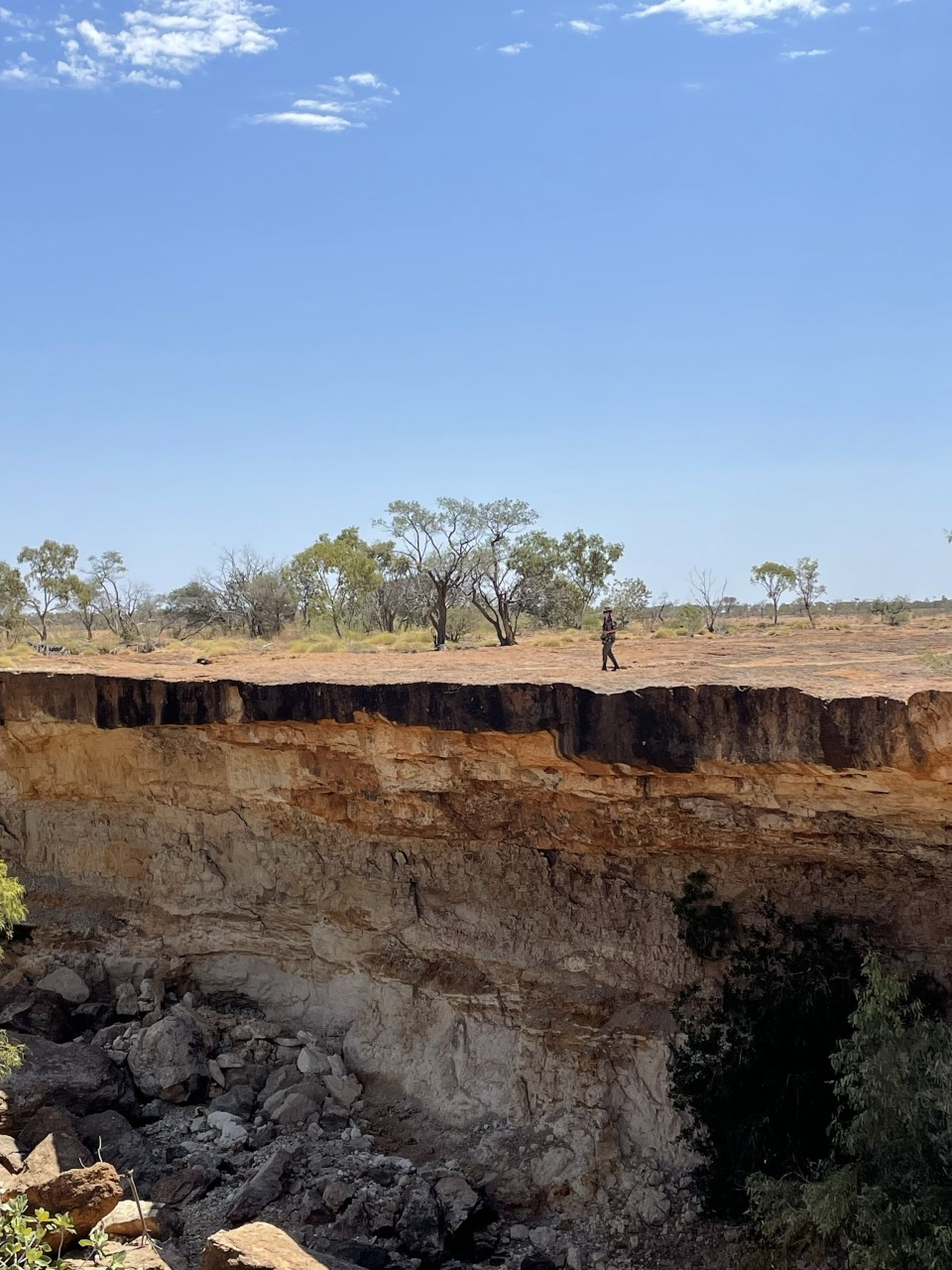 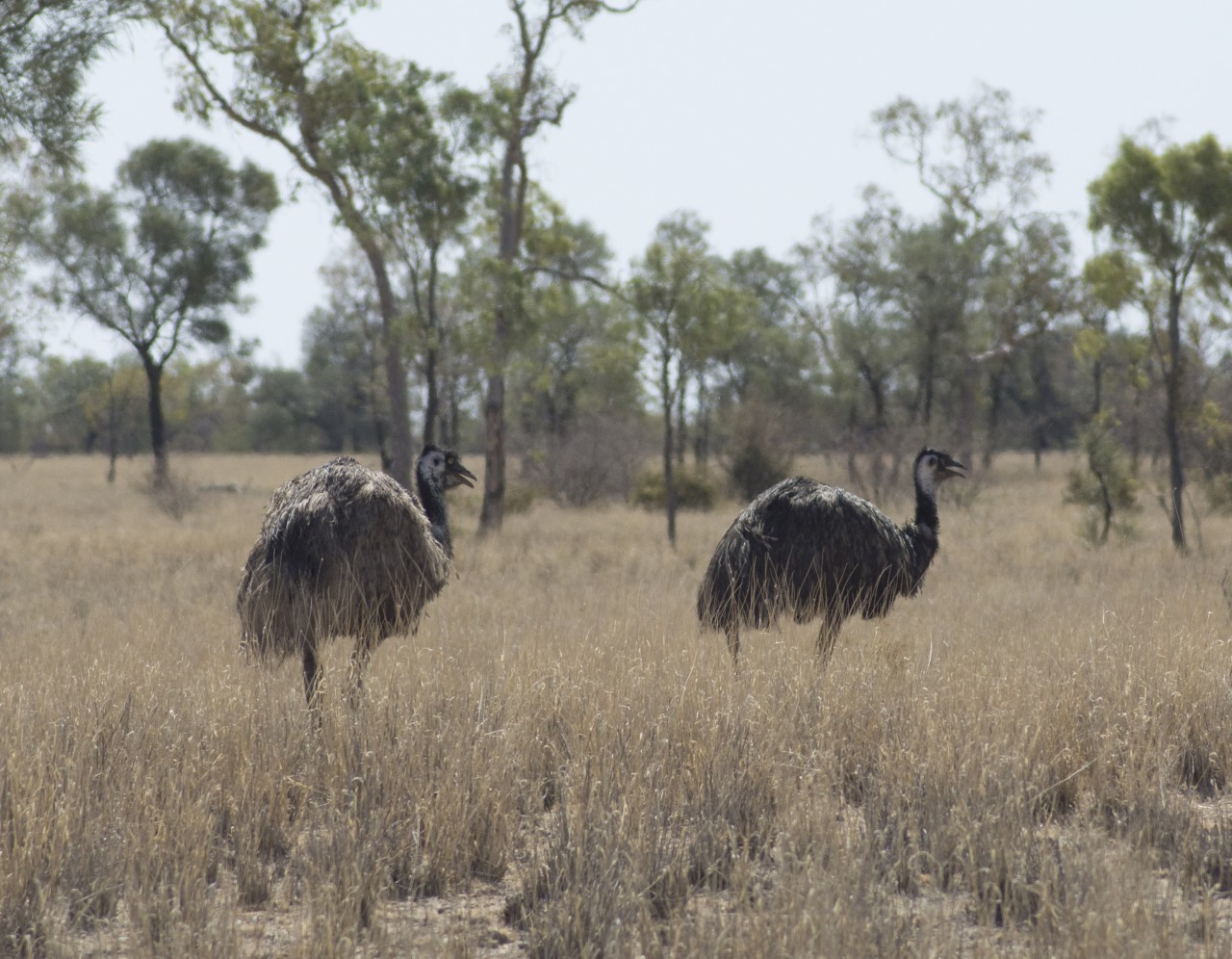 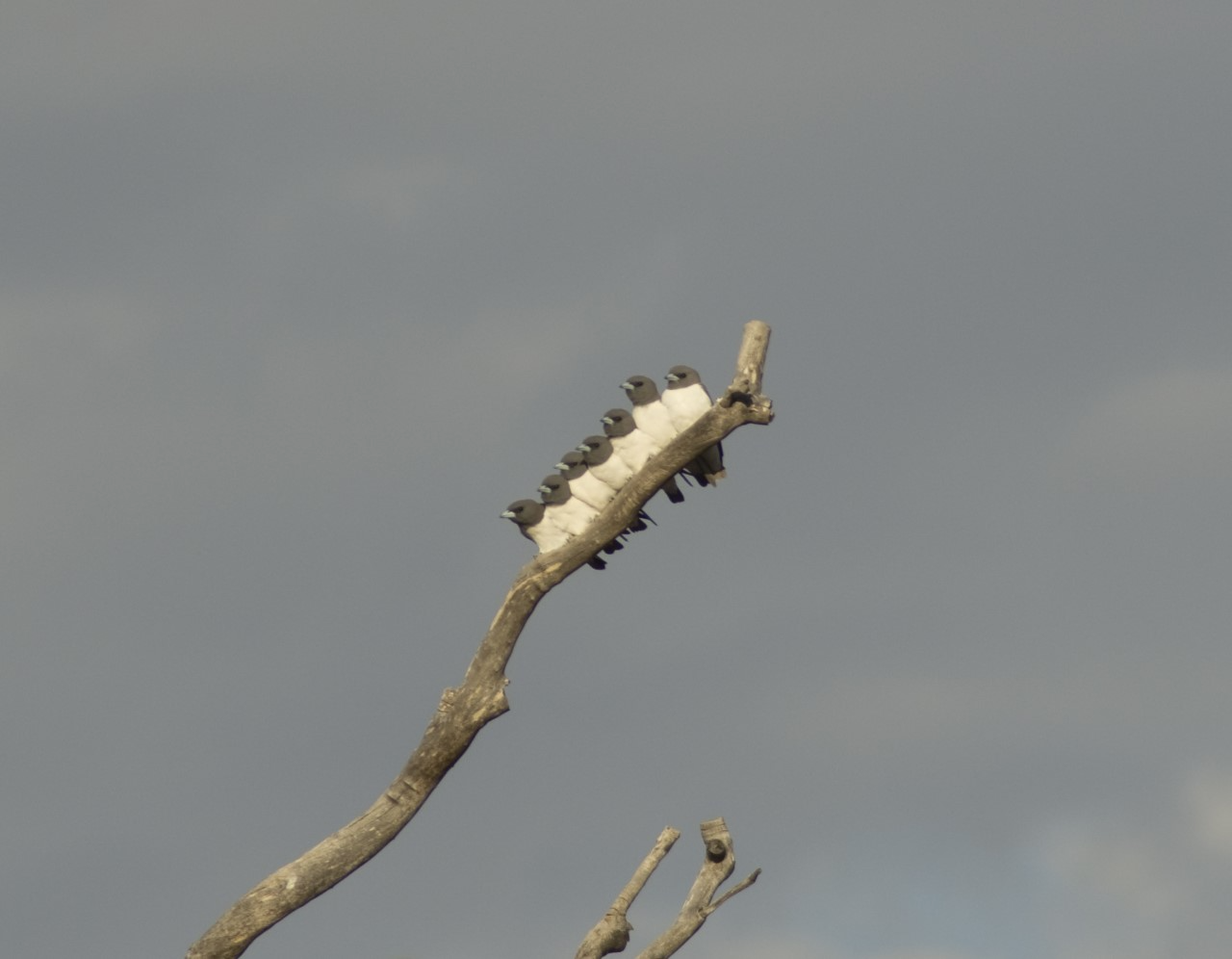 I watched this immature Grey Shrike-thrush, Colluricincla harmonica, work hard at removing the cottony thread from a seed by wedging the seed in the fork of a bush and pulling the hair away. 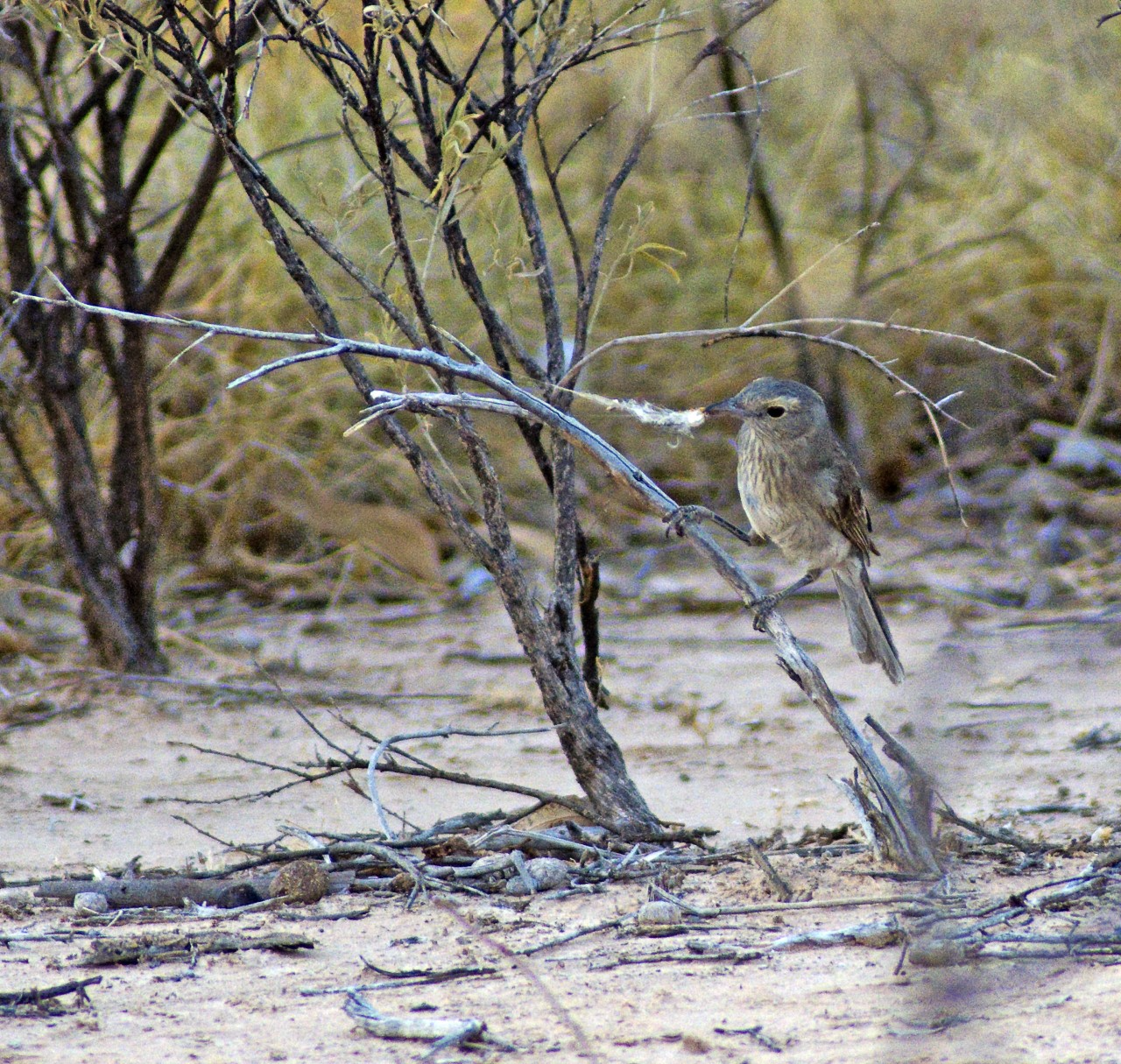 At the few water holes, you could sit and wait for the seed eating birds to come in to drink. Zebra Finches, Taeniopygia guttata, are never far from surface water and could help you survive. If you hear them, you know there must be some water nearby. 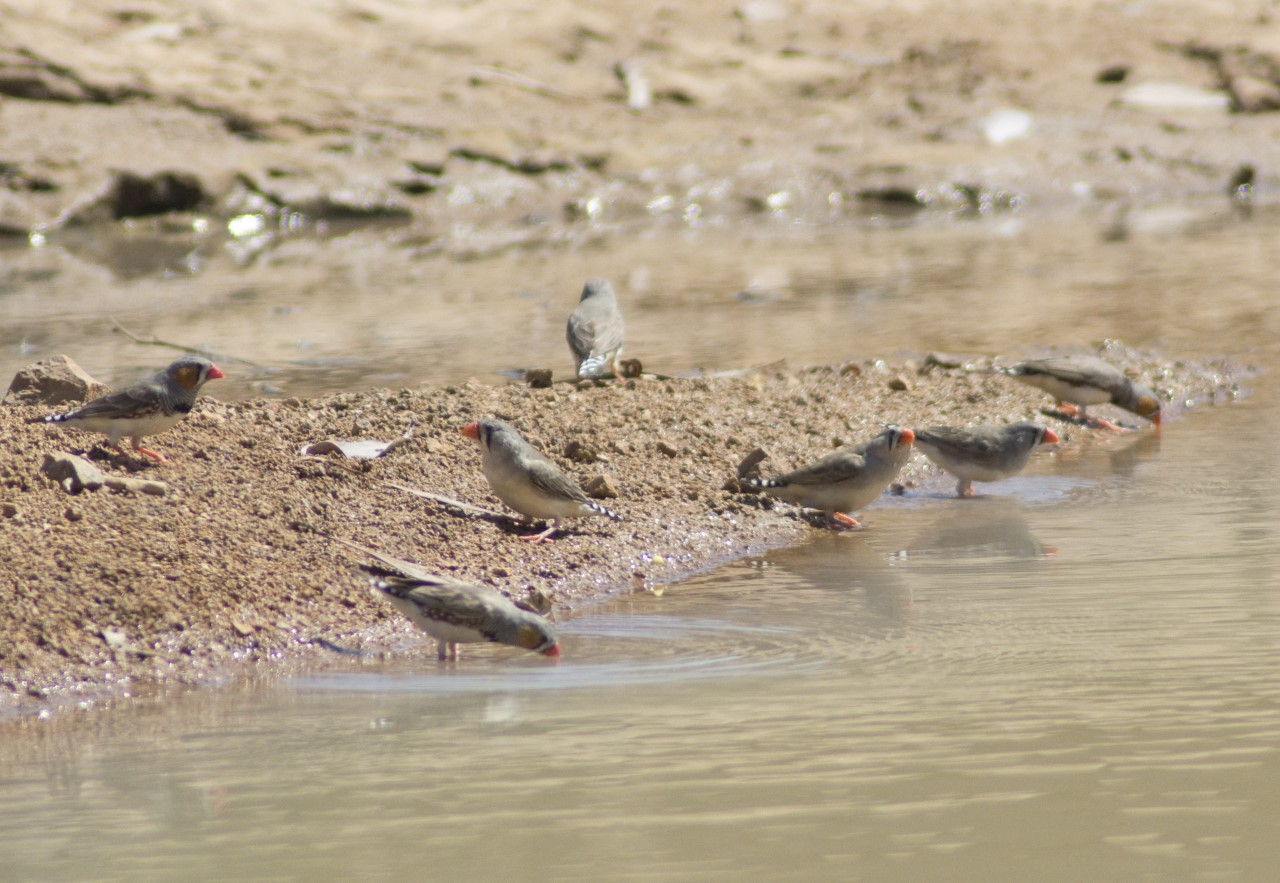