Please send in your photos. You have good ones, and I know who you are!

Today we have botanical images from Rik Gern. His commentary is indented.

A popular decorative plant here in Austin is the Peacock Flower (Caesalpinia pulcherrima).  You can find at least a half dozen examples just by taking a walk around the block. 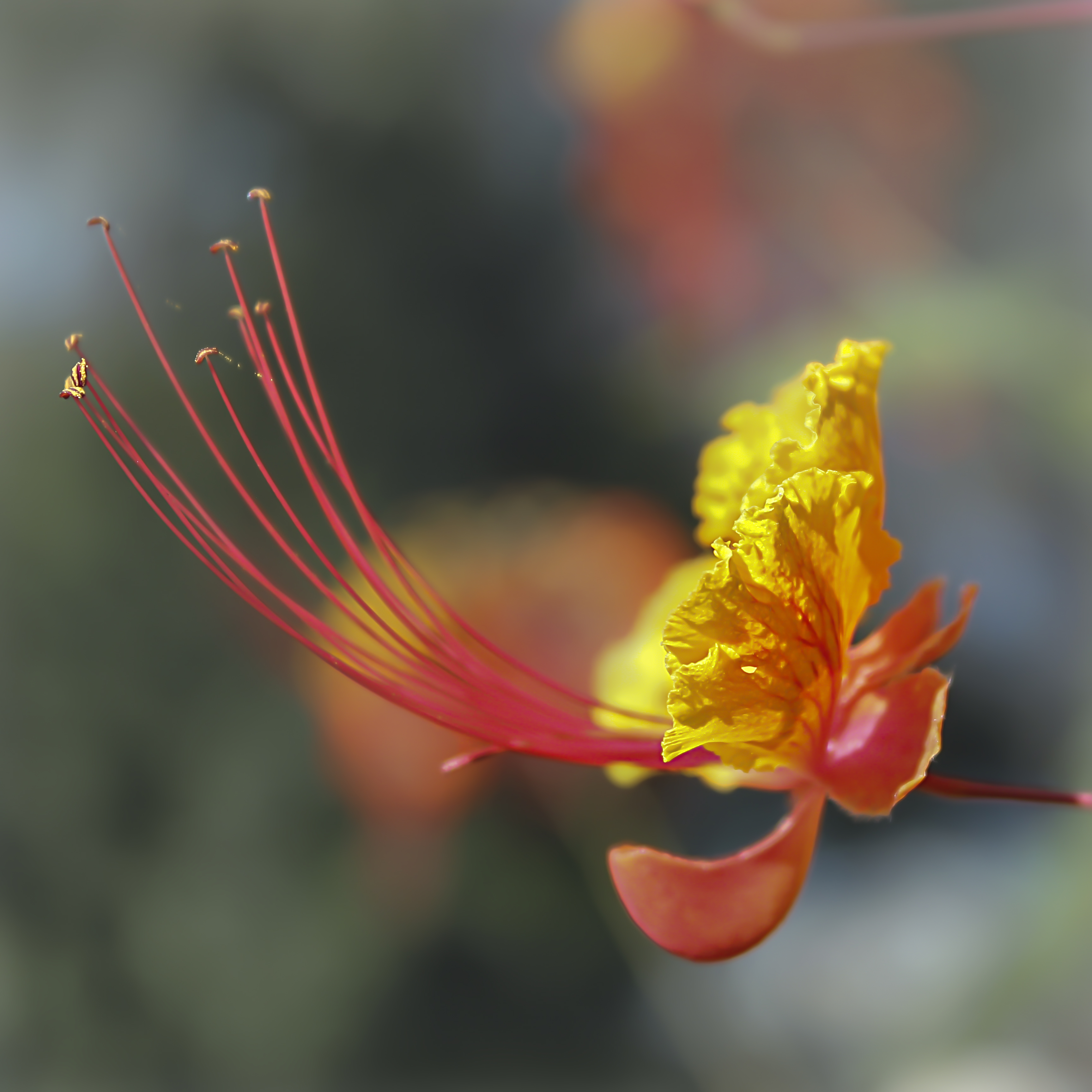 I’ve taken a few pictures of them over the years, but always found them hard to photograph because they bounce and sway with just the slightest hint of a breeze, but I recently got a new/used camera, my first that’s not a simple point-and-shoot, and thought I’d try it out on the peacock flowers. Trying to wrangle a “real” camera is a whole ‘nuther challenge, so as usual I photoshopped these to within an inch of their lives in order to wrest some silk purses from sow’s ears, digitally speaking. Half a dozen of these were taken with a CanonEOS T2i 550D, and the rest with the old Canon Powershot SD400. 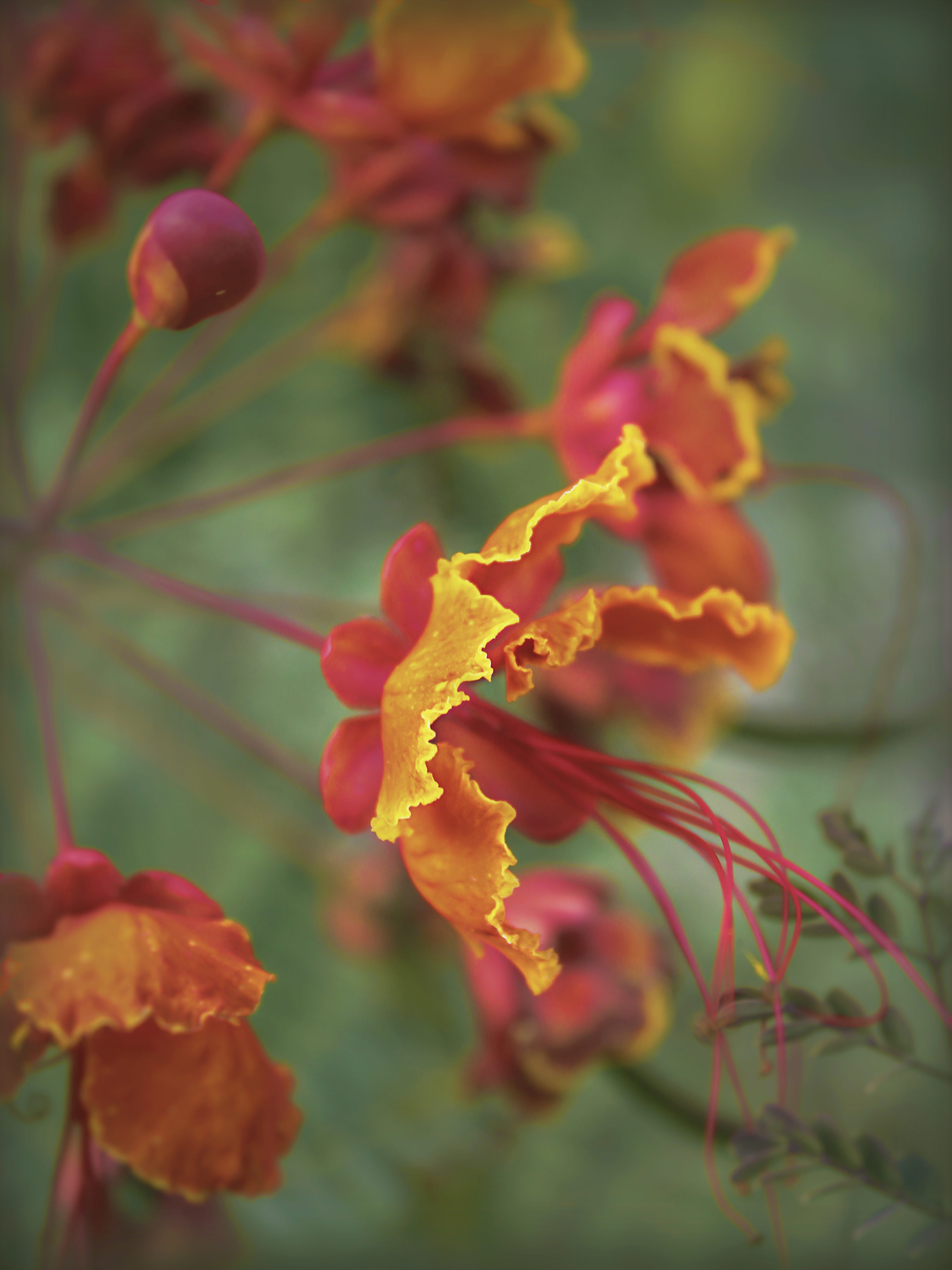 The petals are flamboyant and attention grabbing and seem to come in either yellow or orange variations. The stamen are huge, and usually stretch out in a graceful arch, though sometimes they flail wildly in the wind. 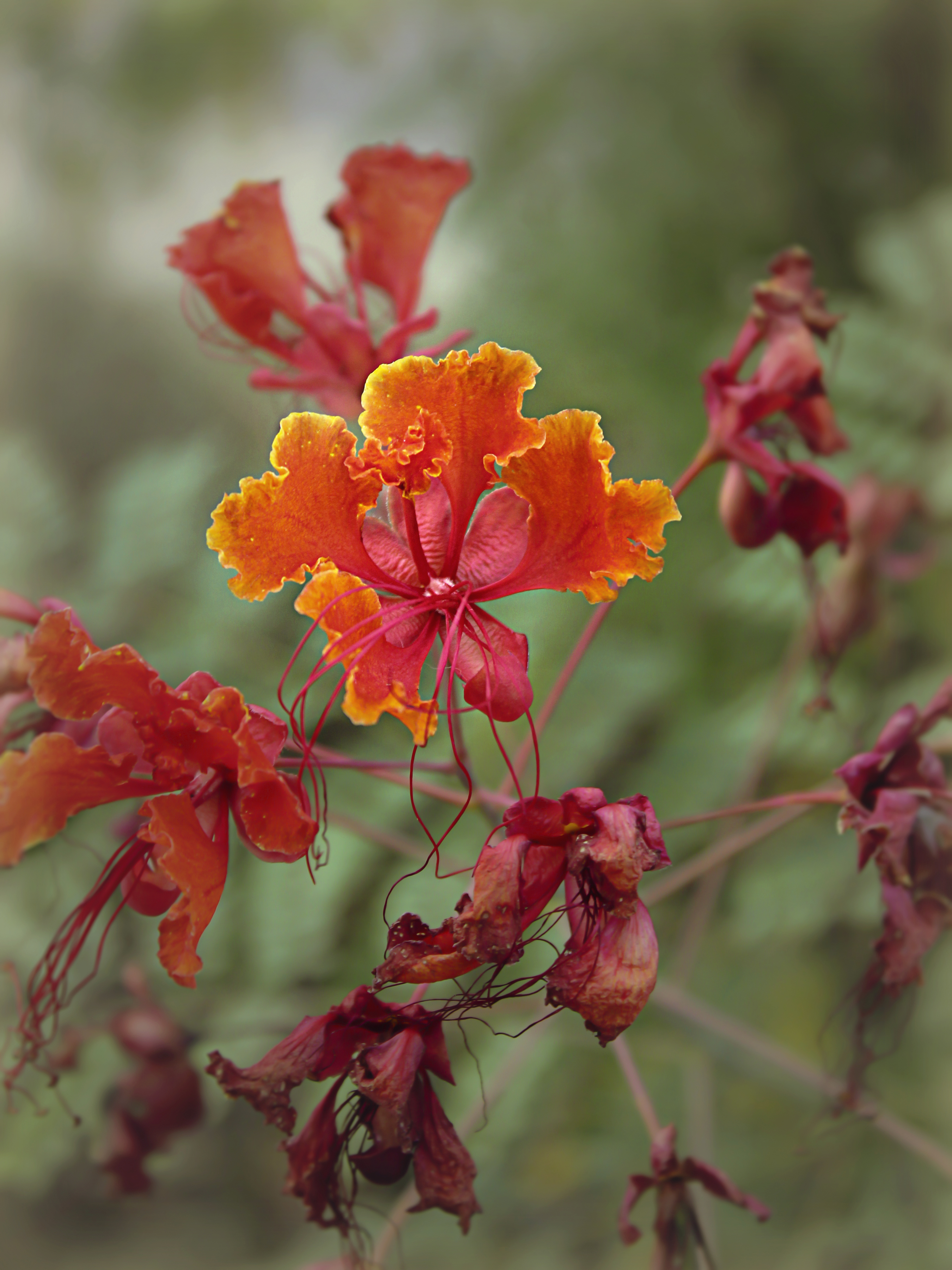 Naturally the plant attracts insects, and I spotted a bee (Diadasia diminuta), but almost missed an American grasshopper (Schistocerca americana). (Not sure about the americana part.) 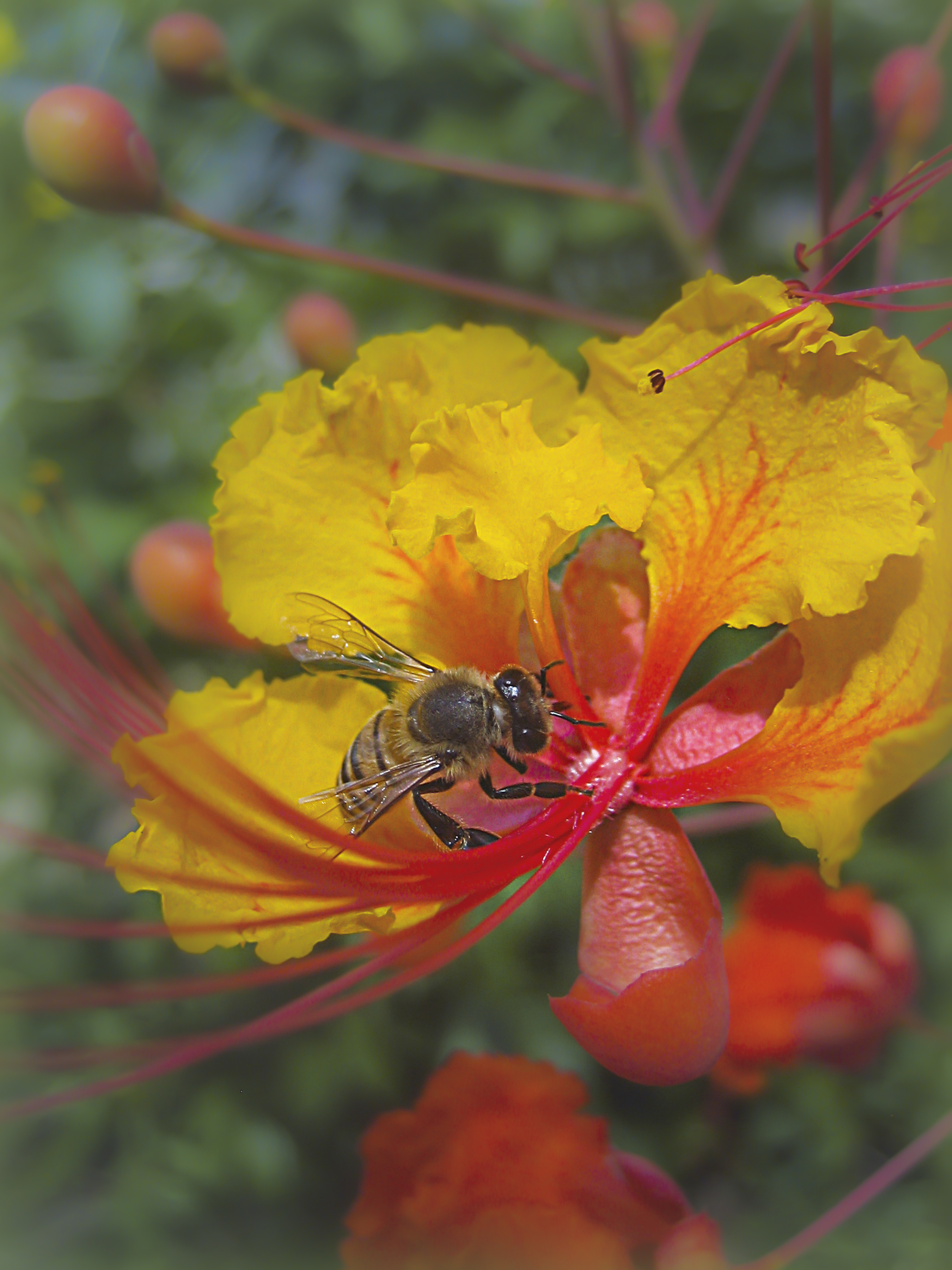 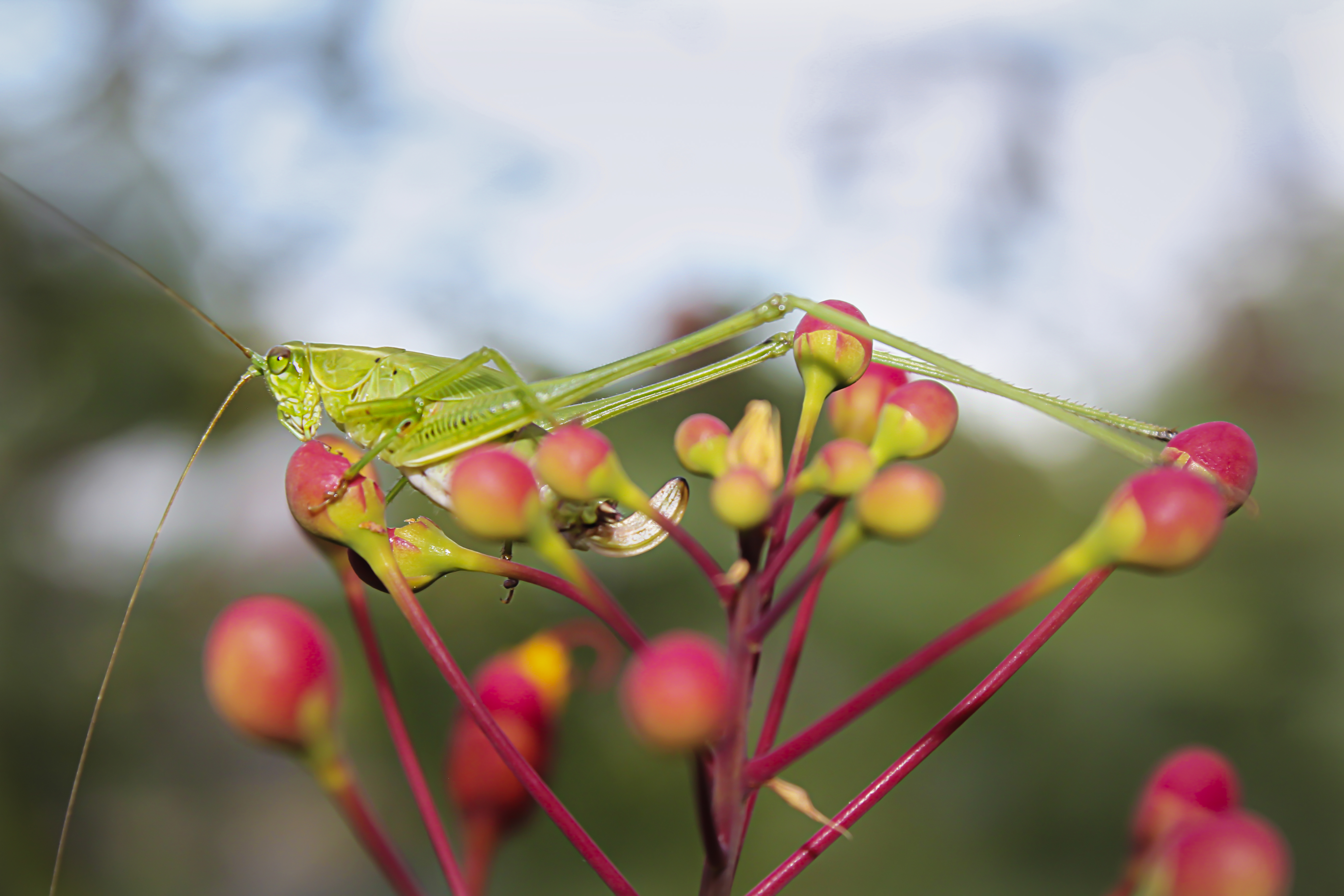 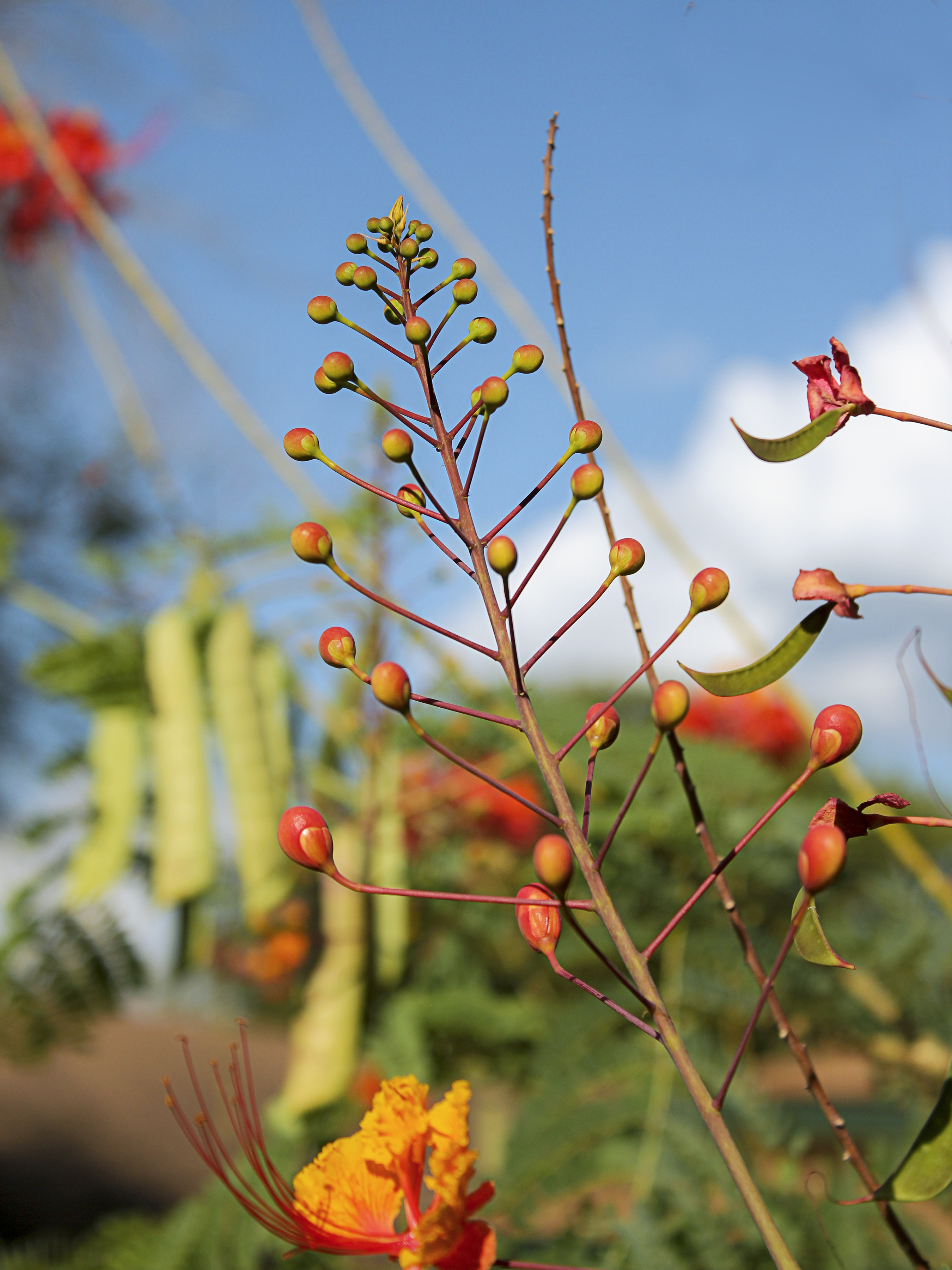 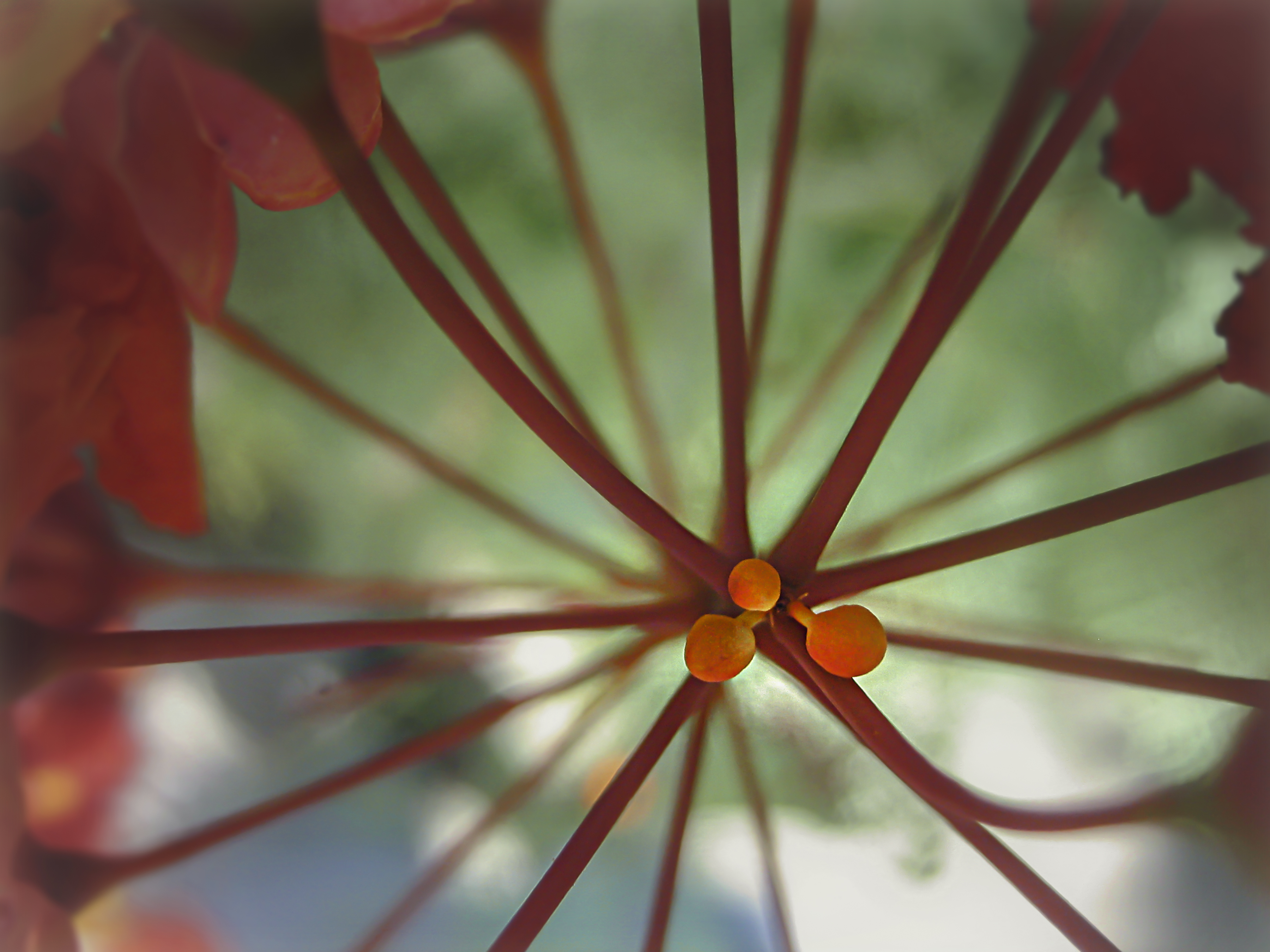 The bird (Pixelus manipulus) in the neon-tinged picture is really a seed pod, but it was bugging me until I saw it as a bird, so I cheated in a beak and eye. 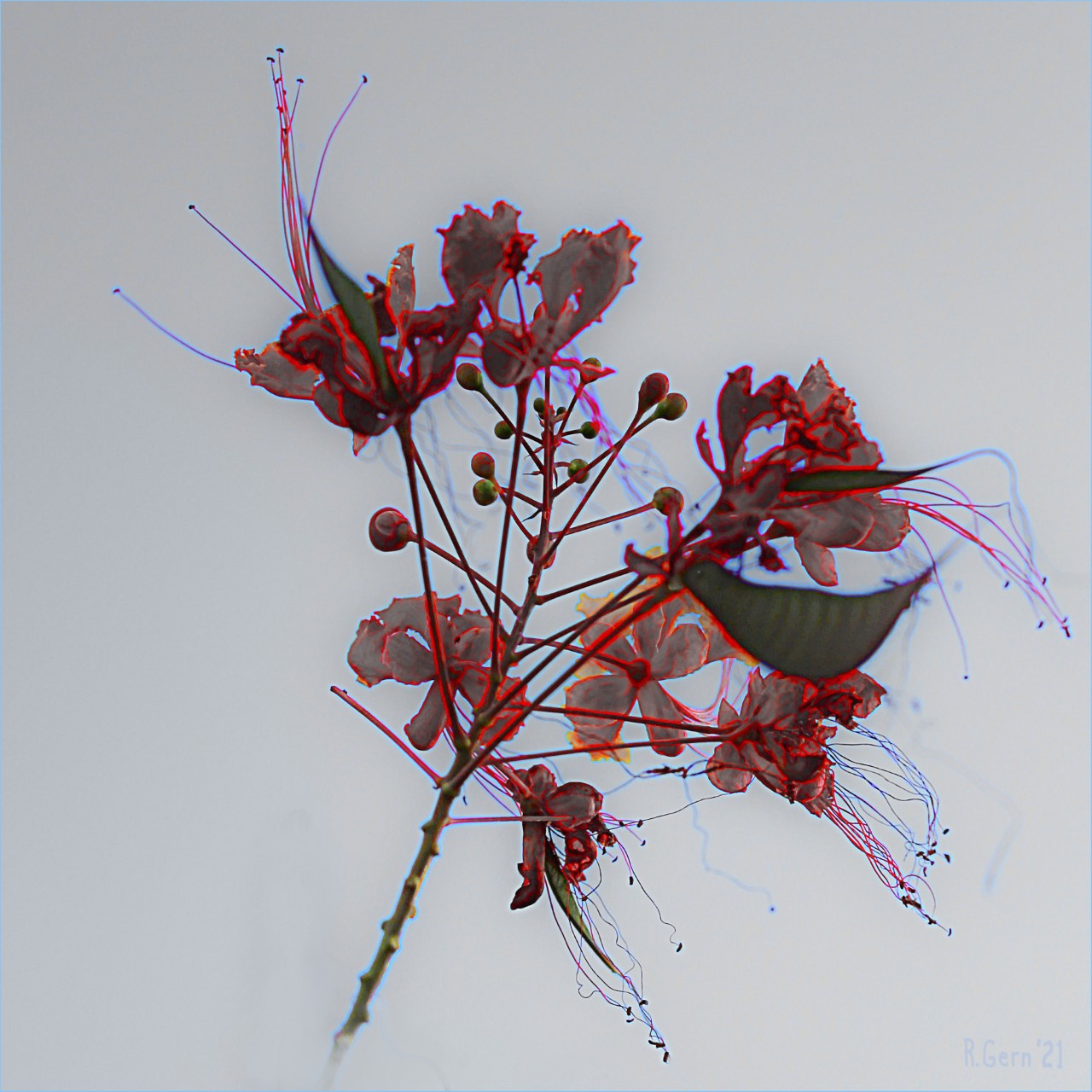 The leaves of the Peacock Flower have a nice lacy look to them. Here’s one that I obsessed over for a few days, as you can see from the before-and-after. The heart in the center of the final version is actually a scar from a cut limb on a Mexican White Oak tree (Quercus polymorpha). 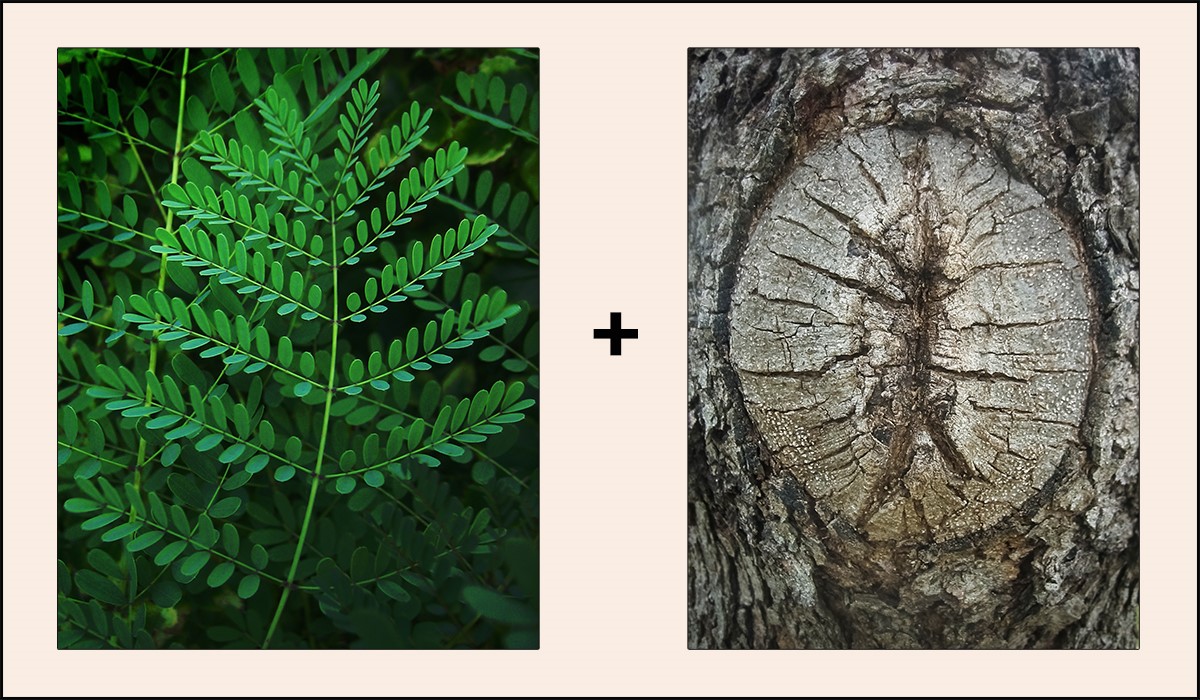 Here’s the psychedelicized version of the peacock flower’s leaf. 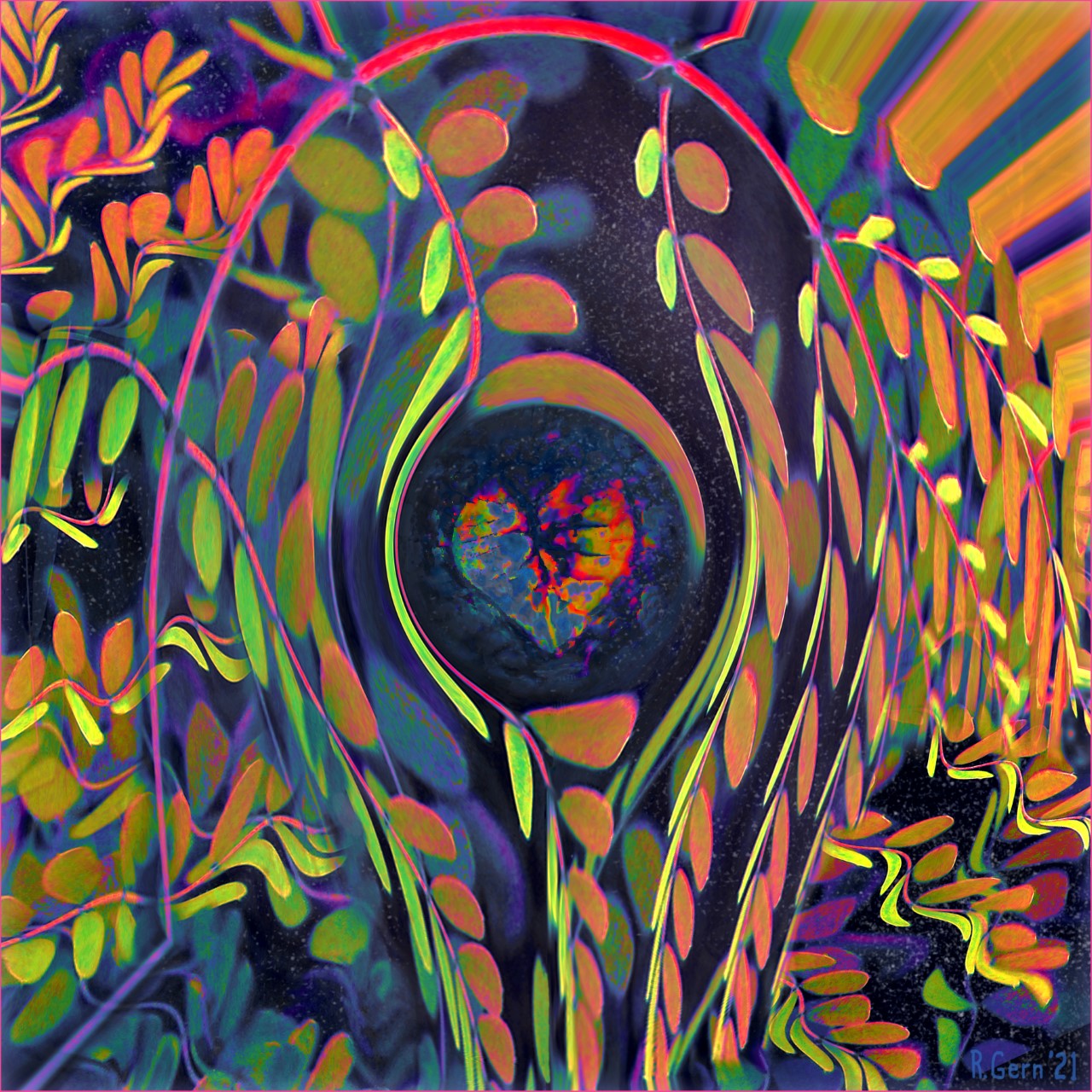