This is a photo I took on August 3 showing one of our mallard hens, and not one that we know personally. She will strike you as “just an ordinary duck.”  But looking at it again, perhaps you’ll see how strikingly beautiful these birds really are. Not only are they molded by natural selection to be mighty fliers, but they can walk, swim, and dive underwater. They are tanks, airplanes, boats, and submarines. Hardly any other organism, much less birds, can do this.

Most people overlook ducks because they’re so common: the same reason they ignore the glories of the onion. But take a look at this “ordinary” hen.

First, the well-sculpted and sensitive beak, able to gently nibble corn from a human hand or, with quick strikes, peck another duck to death. It’s lined with “teeth” so that it can take in mouthfuls of water and mud and squeeze out all but the edible stuff (like a baleen whale).

And those beautiful brown eyes, which you can see only when you get close to one.

The feathers and their patterns are works of art: perfect for camouflage in the vegetation, speckled, mottled, and striped in white and brown.

There’s the violet-blue speculum, whose iridescent hue changes with the angle of the light, and is lined with white feathers. Who knows what it’s for? (Biologists don’t, but they can make up hypotheses.)

The sturdy orange feet are set back on the body: a position not optimal for walking (ergo, ducks “waddle”), but perfect for swimming.

Finally, the perfect alignment of the flight feathers, layered atop each other, with the big primaries at the ends of the wings, able to take the ducks high in the air and fly at 55 miles per hour from Chicago to the Mississippi Delta.

Oh, and the end: the stiff tail feathers, which hide the oil gland beneath, a gland the duck uses to groom and waterproof herself. They can be spread out as a warning and used as a rudder in flight.

This is a perfect and a beautiful bird. (Click on photo to enlarge her.) 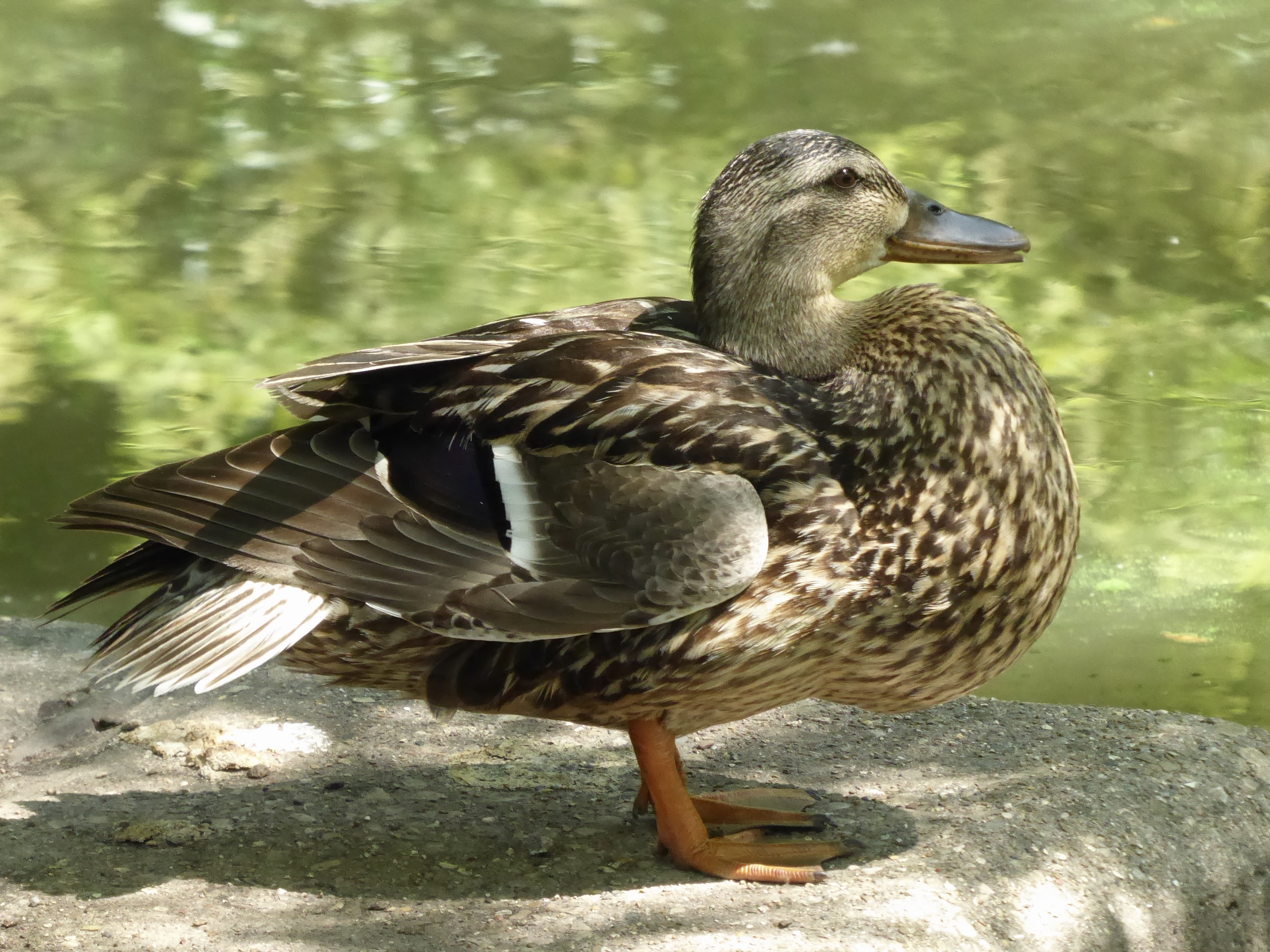