In a comment on the Boghossian resignation post, reader Mike called this article to our attention as an example of Peak Wokeness. Unsurprisingly, it’s in Canada, which has turned out to be the epicenter of North American Wokeness, but Americans, being parochial, don’t know as much as they should about Canada. Usually what we find out is good stuff, but not in this case.

(Here’s a theory which is mine: Canada may be more susceptible to wokeness because of the citizens’ vaunted—and genuine—politeness. They are perhaps more likely to defer to the demands of those who are loud and persistent.)

Granted, this book-burning event took place in 2019, and the burners—”an Ontario francophone school board” (a SCHOOL BOARD!!!)—admitted it erred, but the news, as you see from the National Post article below, just came out. It’s pretty dire, for book-burning really does conjure up attempts at censorship, more so than a bunch of publishing employees protesting their company’s publishing a book they don’t like. It even conjures up Nazi book burnings, which were so numerous that the practice has its own article on Wikipedia.

It was all motivated in an attempt to reconcile the descendants of “settlers” with the Indigenous People (First People) of Canada. Representatives of the First People gave advice on the titles to be burned, supposedly for “educational purposes”—the education apparently being which books are offensive. From the article:

A book burning held by an Ontario francophone school board as an act of reconciliation with Indigenous people has received sharp condemnation from Canadian political leaders and the board itself now says it regrets its symbolic gesture.

The “flame purification” ceremony, first reported by Radio Canada, was held in 2019 by the Conseil scolaire catholique Providence, which oversees elementary and secondary schools in southwestern Ontario. Some 30 books, the national broadcaster reported, were burned for “educational purposes” and then the ashes were used as fertilizer to plant a tree.

“We bury the ashes of racism, discrimination and stereotypes in the hope that we will grow up in an inclusive country where all can live in prosperity and security,” says a video prepared for students about the book burning, Radio Canada reported.In total, more than 4,700 books were removed from library shelves at 30 schools across the school board, and they have since been destroyed or are in the process of being recycled, Radio Canada reported.

Lyne Cossette, the board’s spokesperson, told National Post that the board formed a committee and “many Aboriginal knowledge keepers and elders participated and were consulted at various stages, from the conceptualization to the evaluation of the books, to the tree planting initiative.”

“Symbolically, some books were used as fertilizer,” Cossette wrote in an email.

Some of the books that were burned, and granted, many of them did have racist, bigoted, or offended images. But you’re not supposed to destroy the books, but rather counter them with speech or other books! Even Mein Kampf is still in print. Here’s what was seen as offensive:

A 165-page school board document includes analysis of all the books removed from shelves, Radio Canada reported.

Among them are classic titles, such as Tintin in America, which was withdrawn for its “negative portrayal of indigenous peoples and offending Aboriginal representation in the drawings.”

Also removed were books that allegedly contain cultural appropriation, as well as outdated history books, such as two biographies of Jacques Cartier, a French explorer who mapped the St. Lawrence, and another of explorer Étienne Brûlé.

I’m not sure what kind of cultural appropriation they’re talking about, but perhaps readers can enlighten me.

Cossette did apologize, but not really—it’s an apology of the form “we are sorry that some people were hurt by our book burning”:

“We regret that we did not intervene to ensure a more appropriate plan for the commemorative ceremony and that it was offensive to some members of the community. We sincerely regret the negative impact of this initiative intended as a gesture of reconciliation,” Cossette wrote. When are people going to apologize properly?: “We weren’t thinking properly and we did something wrong. It won’t happen again.”

And Justin Trudeau made a mealymouthed statement designed to placate everyone:

“On a personal level, I would never agree to the burning of books,” Trudeau said.

Actually, it’s perfectly fine for non-indigenous people to tell indigenous people that they’re making a tactical and political mistake, and I suppose that’s telling them in some sense “how to feel.” That is, you (and right now I) am saying, “You shouldn’t feel that burning books is a good way to reconcile with non-indigenous people, and you should also realize that book-burning never works and is counter to liberal, humanistic principles.”

Well, this is all done and dusted, as the Brits say, but I’d like to hear some Canadians compare their national Wokeness with that of the United States.

UPDATE: From Anne-Marie in Canada, who says, “From Serge Chapleau, la caricature of the day about the book-burning in Ontario.” 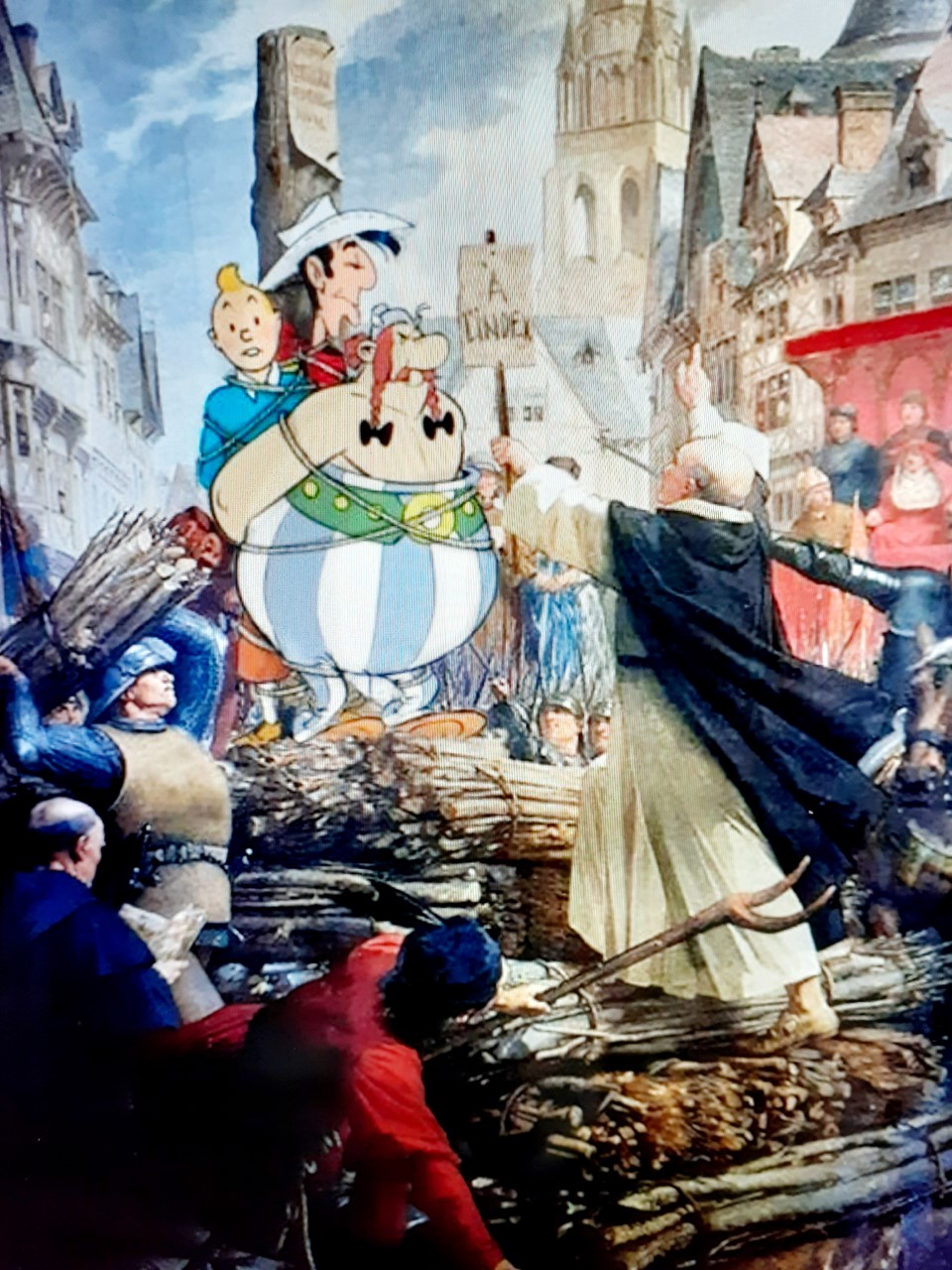 24 thoughts on “A two-year old book burning in Canada”