London’s Natural History Museum has once again opened its Wildlife Photographer of the Year Contest, with the prizes awarded on October 12. But in the meantime, you can look at some of the entries at TimeOut. I’ve chosen a couple to stimulate your eyes this lovely afternoon (well, at least it’s lovely in Chicago). Captions and info from TimeOut; click on the photos to enlarge them.

The first is awesome:

Teeth-gritted, waves sloshing around them, these cheetahs don’t exactly look like the keenest of swimmers. The photograph was taken just after the group of males jumped into Kenya’s River Talek – and clearly regretted their decision.

The water-averse big cats are known in the area as the Tano Bora: Maasi for ‘magnificent five’. The group comprises two sets of brothers and another male, who apparently go everywhere together (even into uninviting waters).

The photographer, Buddhilini de Soyza, said it took them hours to decide to go for a dip, because they couldn’t find a way to cross the river without getting their paws wet. Eventually – and after much grimacing – the gang paddled their way across the crocodile-infested river. We don’t blame them for making a fuss at all, really.

The photo was highly commended in the ‘Behaviour: Mammals’ category at this year’s Wildlife Photographer of the Year awards. More than 50,000 photographers from 95 countries entered the competition this year, tackling subjects ranging from the minutest of sea creatures to the disastrous effects of climate change. 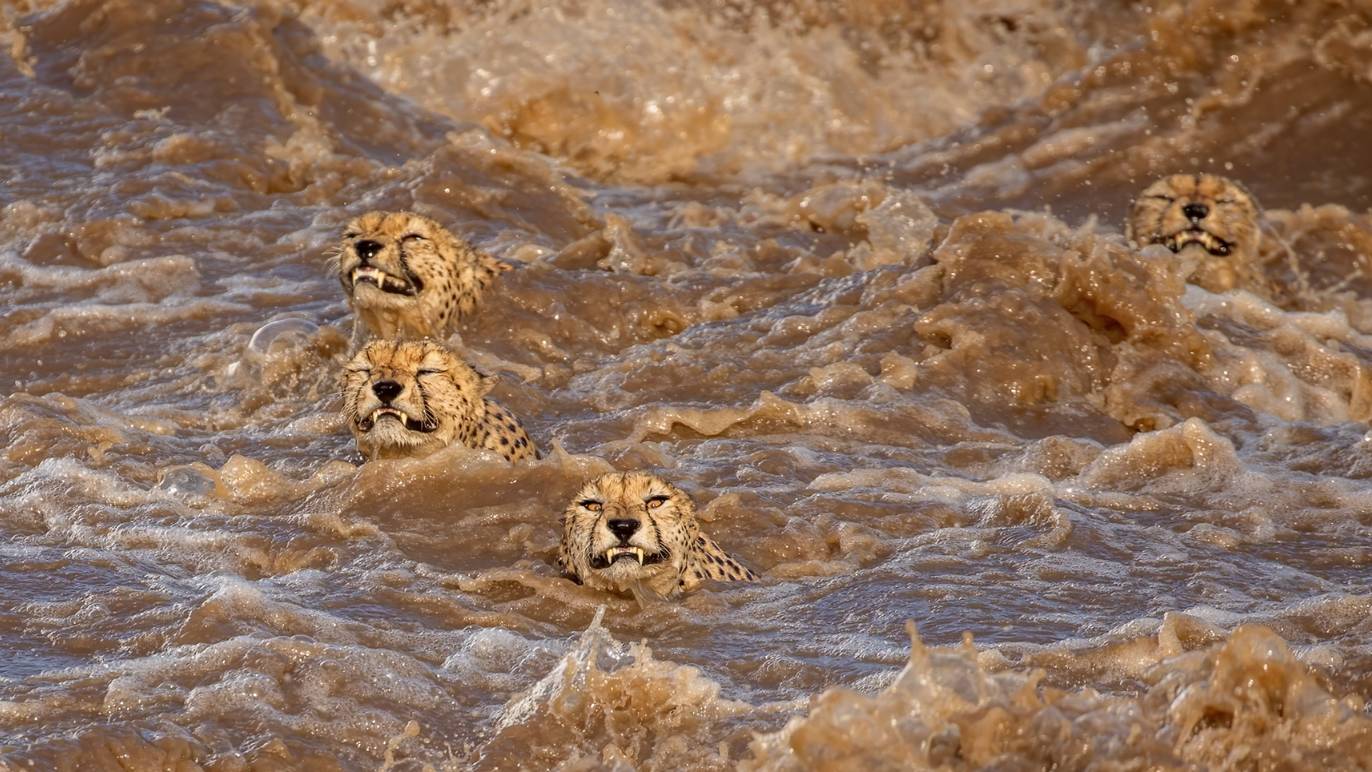 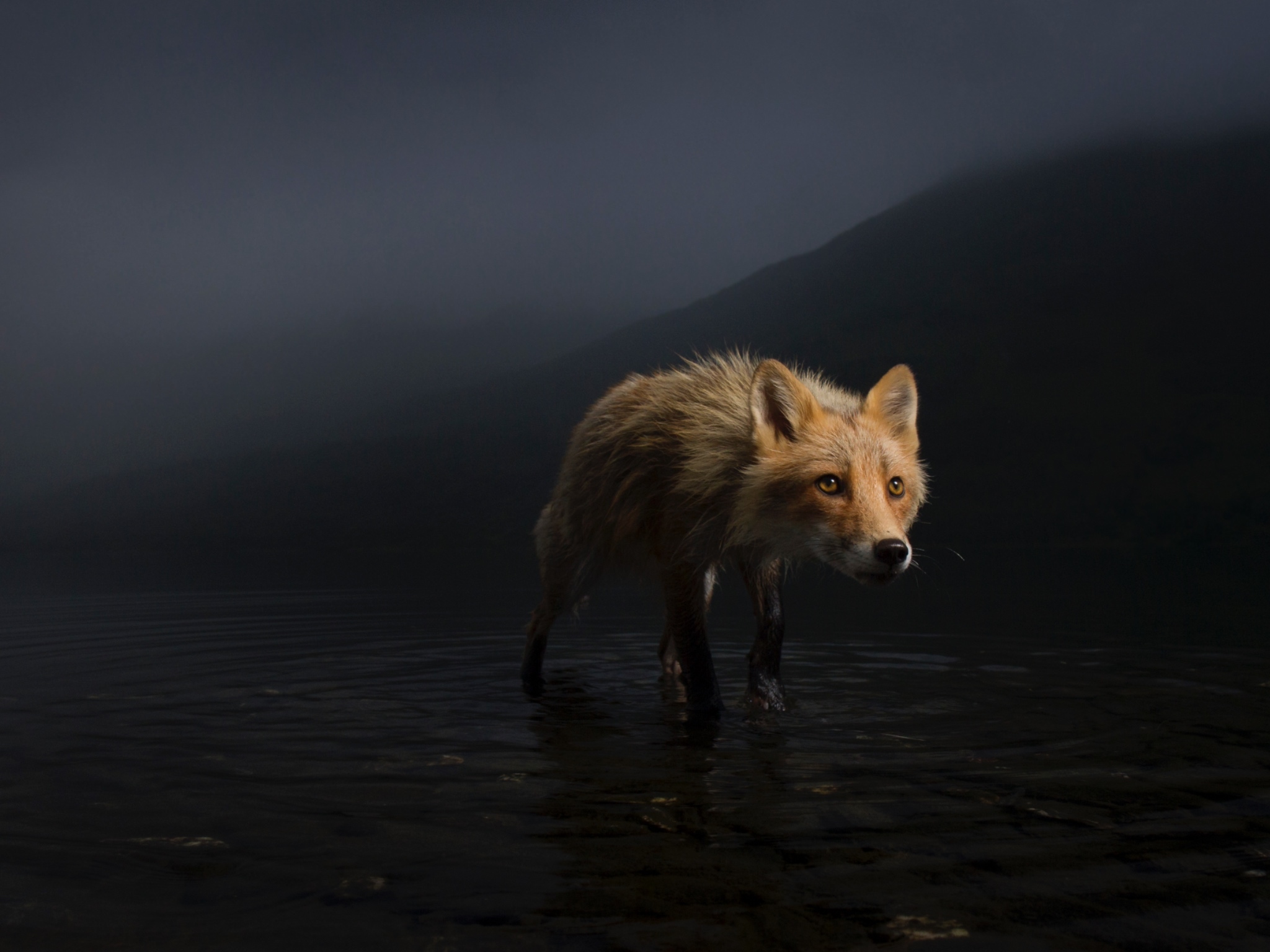 Is this the late Statler, the geriatric flying fox?

“A caring hand” by Douglas Gimesy: 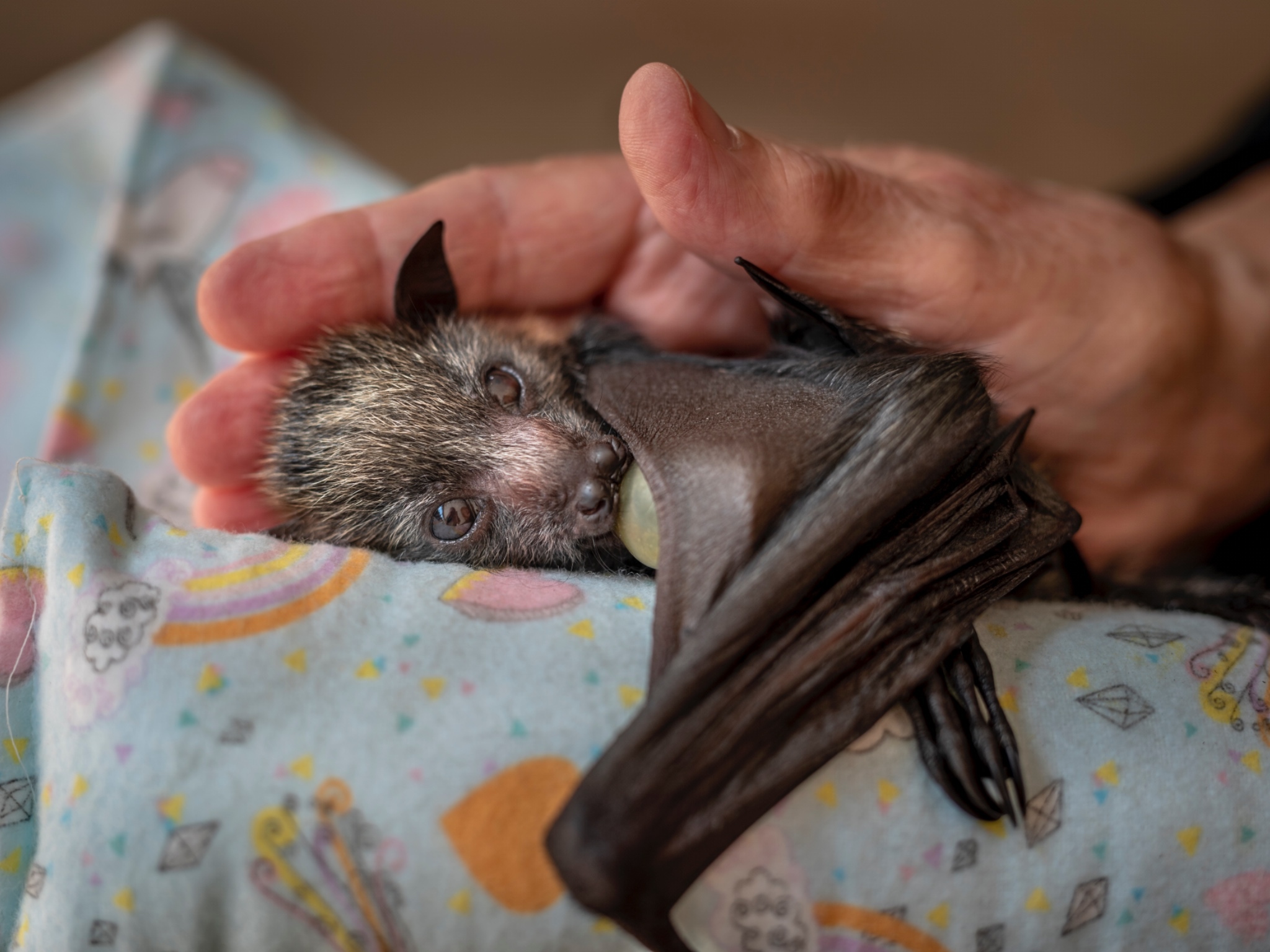 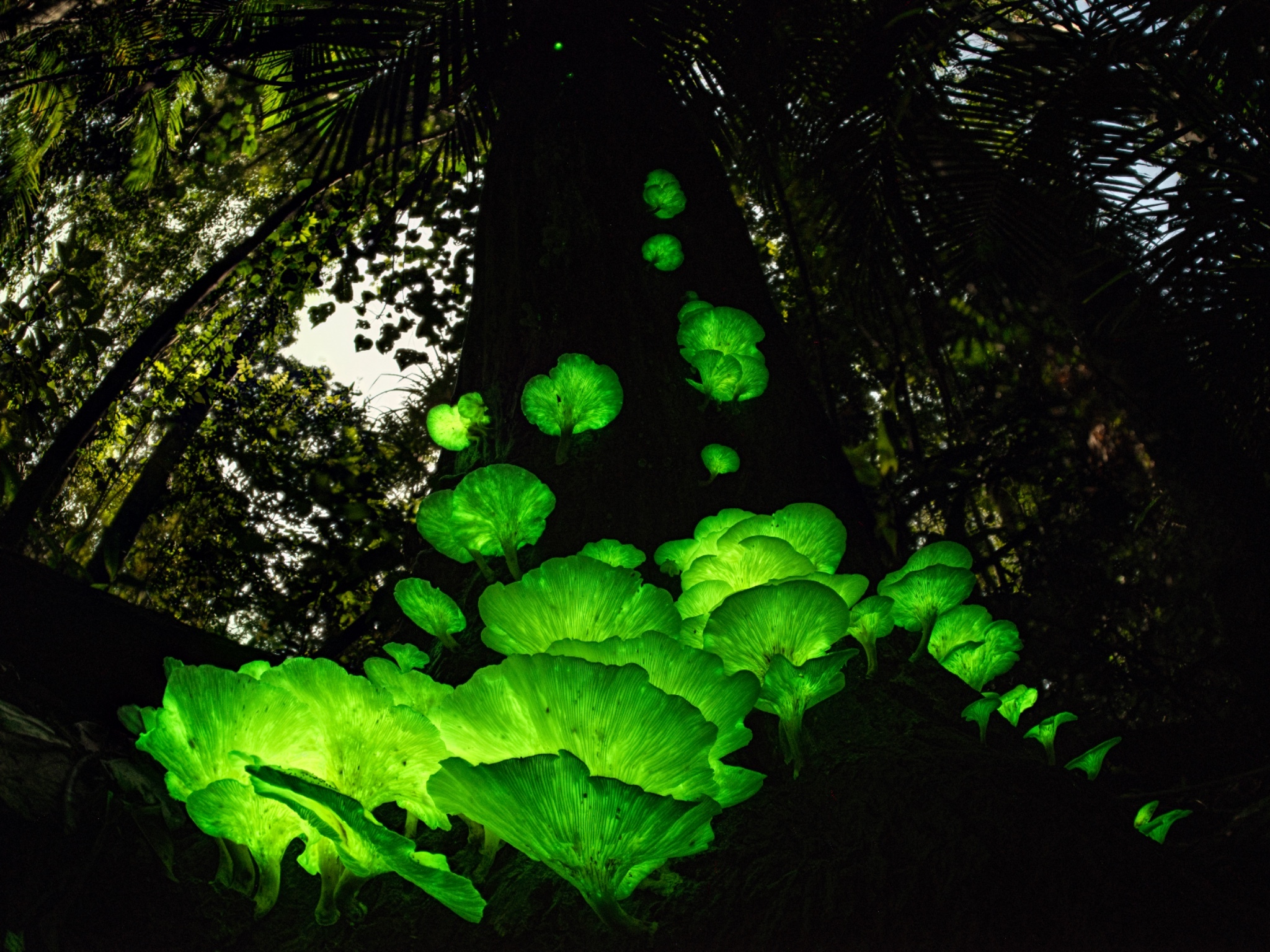 “Lynx on the threshold” by Sergio Marijuán: 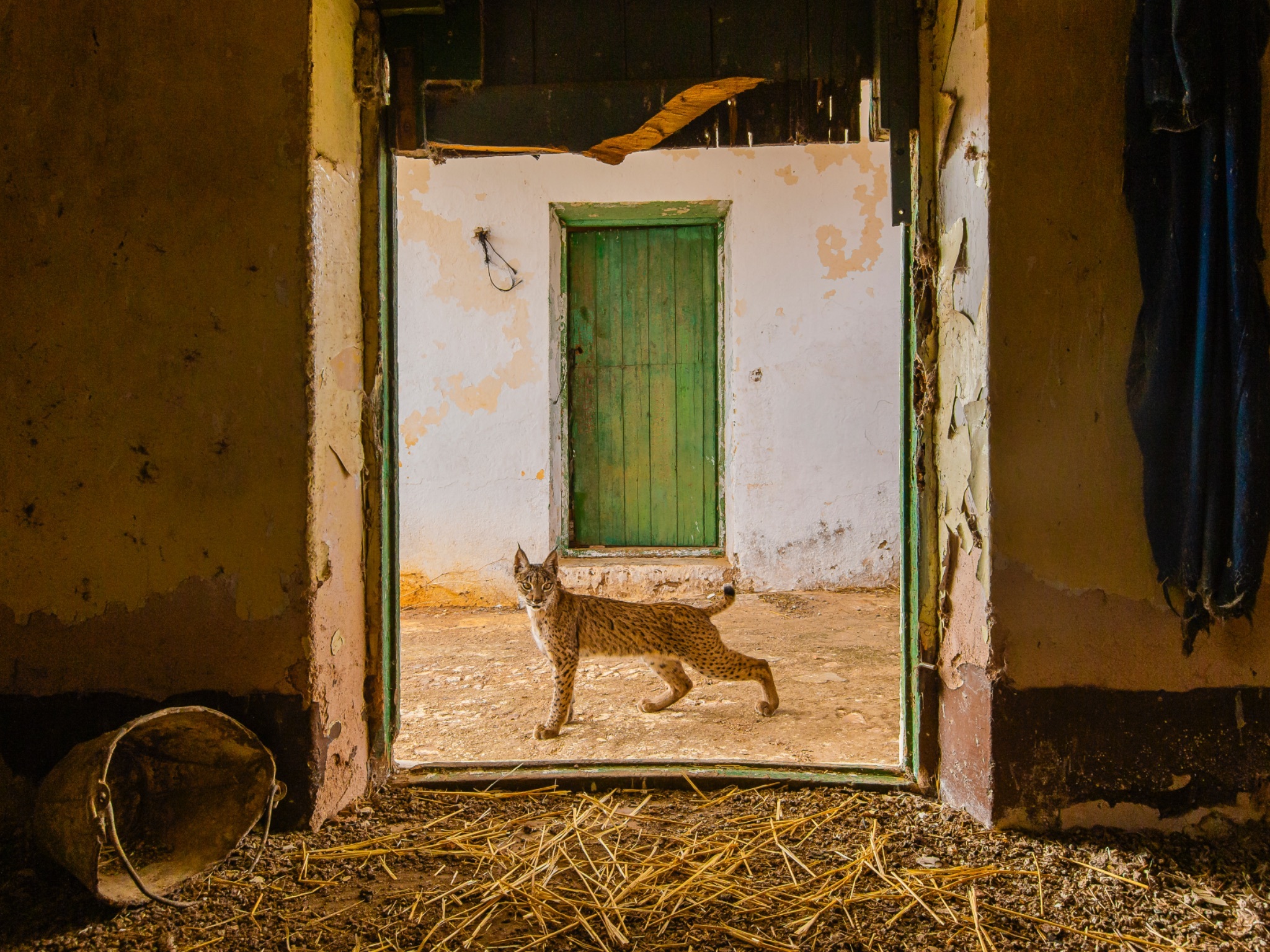 And a winner from last year: “Great crested sunrise” by Jose Luis Ruiz Jiménez. One grebe parent feeds babies riding on the other parent: 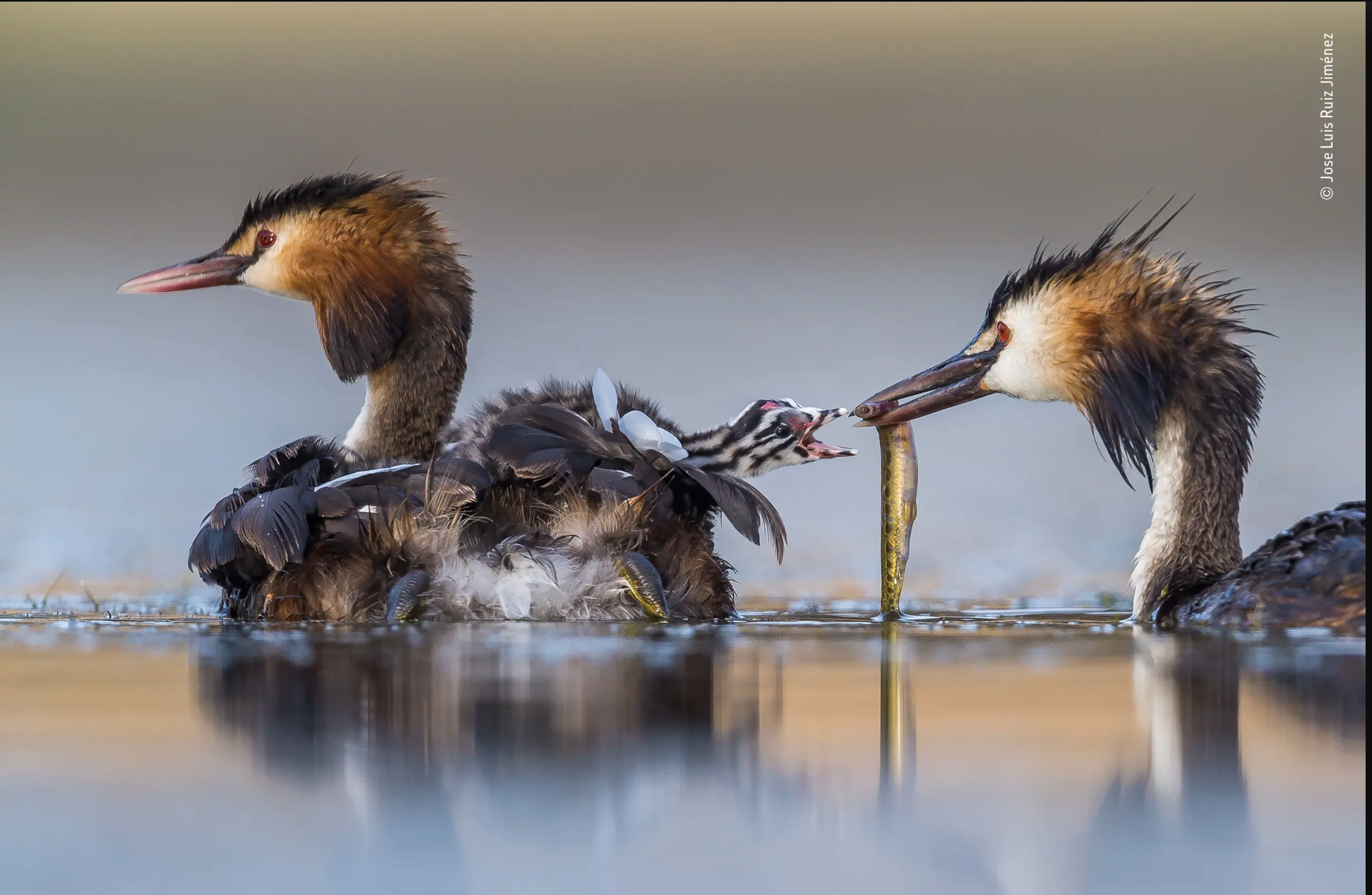 7 thoughts on “Wildlife photographer of the year”