Good morning on a steamy Tuesday, August 10, 2021: National S’Mores Day, celebrating a toothsome treat that, I suspect, is found nowhere else save the U.S. and Canada. S’mores are made by heating a marshmallow (preferably over a campfire), and then smooshing it onto a graham cracker and topping it with two squares of chocolate (classically from a Hershey Bar), which melt atop the hot marshmallow. Usually a second cracker is placed on top fo make a sandwich. Here’s an open-faced s’more: 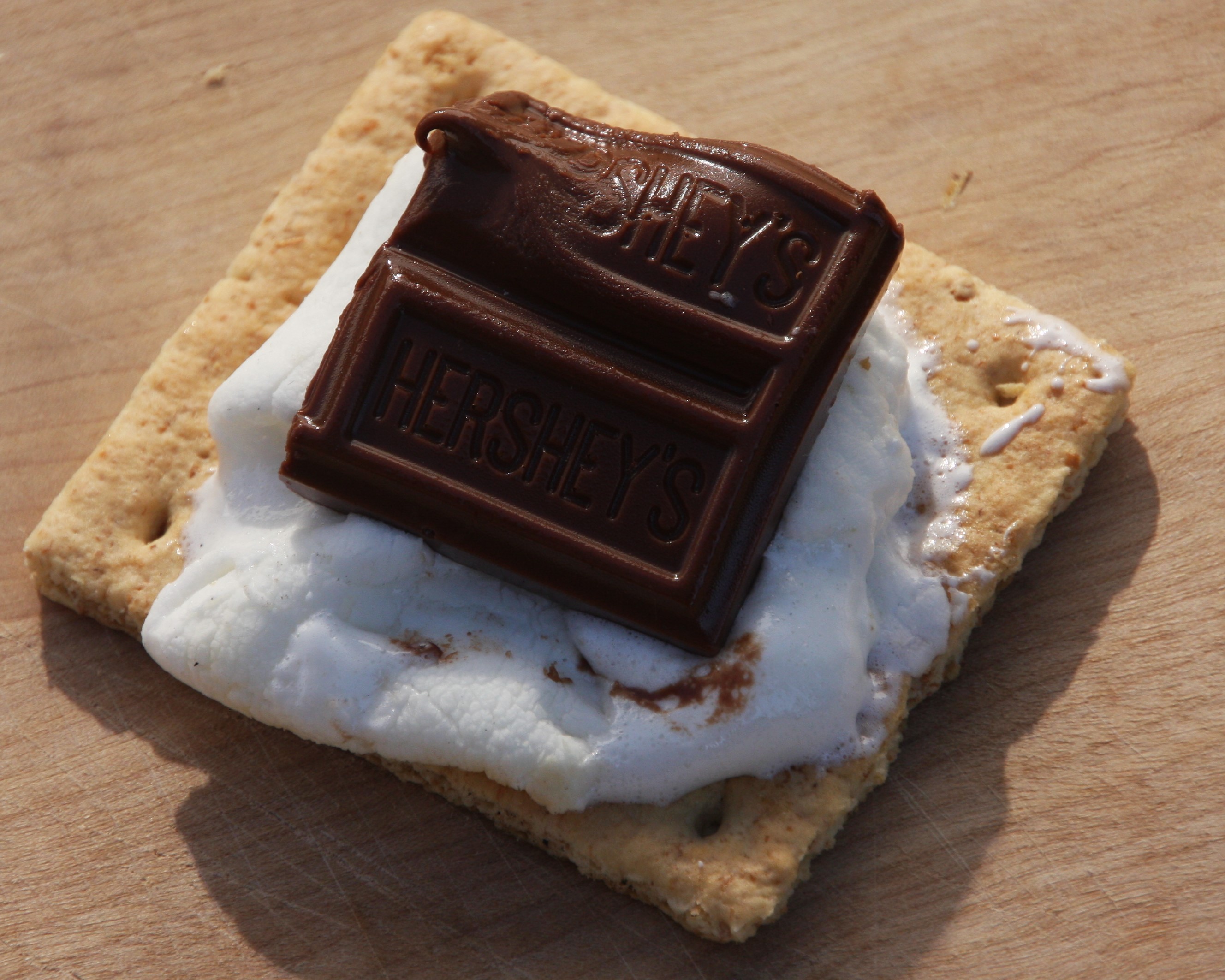 It’s also International Biodiesel Day, Smithsonian Day, National Spoil Your D*g Day, National Lazy Day, on which you’re supposed to do nothing in particular, and World Lion Day.  Here are some adorable lion cubs trying to imitate their father’s roar:

It’s official, at least according to a United Nations panel: humans are responsible for global warming, and, no matter what we do, it’s going to get worse over the next 30 years. If we want to start cooling things off after that, we have to do something now.  In the meantime, temperatures are slated to go up 1.5°C in to decades, and that’s not good for either us or other species. From the report:

At 1.5 degrees of warming, scientists have found, the dangers grow considerably. Nearly 1 billion people worldwide could swelter in more frequent life-threatening heat waves. Hundreds of millions more would struggle for water because of severe droughts. Some animal and plant species alive today will be gone. Coral reefs, which sustain fisheries for large swaths of the globe, will suffer more frequent mass die-offs.

“We can expect a significant jump in extreme weather over the next 20 or 30 years,” said Piers Forster, a climate scientist at the University of Leeds and one of hundreds of international experts who helped write the report. “Things are unfortunately likely to get worse than they are today.”

As the paragraph below notes, we could stem the increase, but you know as well as I that this is not going to happen. Humans don’t have the will. Fortunately for me, I’ll be dead before things get really bad.

Not all is lost, however, and humanity can still prevent the planet from getting even hotter. Doing so would require a coordinated effort among countries to stop adding carbon dioxide to the atmosphere by around 2050, which would entail a rapid shift away from fossil fuels starting immediately, as well as potentially removing vast amounts of carbon from the air. If that happened, global warming would likely halt and level off at around 1.5 degrees Celsius, the report concludes.

Well, let’s see what happens with this next Diktat: the Pentagon has plans (endorsed by Joe Biden) to require all members of the U.S. military to get their first covid jab by September 15—a bit more than a month away. (The vaccine has to have its final approval by then, but Biden could waive that.) Most in the services have already been vaccinated (some in the military are required to get up to 17 shots!), but by no means all. So what bout the inevitable refuseniks? They will have it tough:

Military officials have said that once the vaccine is mandated, a refusal could constitute failure to obey an order and may be punishable under the Uniform Code of Military Justice.

The next news came from reader Ken, who writes, “The federal 10th Circuit Court of Appeals has granted relief to an offender whose parole was violated because he refused to participate in compulsory bible study, prayer, and church attendance. It’s hard to believe that the lower courts, or even the parole officer, could get this one so wrong.”

Ken enclosed the Appeals Court opinion, as well as an article by Americans United for Separation of Church and State (which, along with the ACLU and others, appeared as amici curiae on behalf of the parolee). And here are the details from the court’s decision:

John Gamez, directed Mr. Janny to establish his residence of record at the Rescue Mission in Fort Collins, Colorado, and to abide by its “house rules.” After arriving at the Mission, Mr. Janny learned he had been enrolled in “Steps to Success,” a Christian Appellate Case: 20-1105 Document: 010110558381 Date Filed: 08/06/2021 Page: 2 3 transitional program involving mandatory prayer, bible study, and church attendance. When Mr. Janny objected, citing his atheist beliefs, he alleges both Officer Gamez and Jim Carmack, the Mission’s director, repeatedly told him he could choose between participating in the Christian programming or returning to jail. Less than a week later, Mr. Carmack expelled Mr. Janny from the Mission for skipping worship services, leading to Mr. Janny’s arrest on a parole violation and the revocation of his parole.

Stuff that happened on August 10 includes:

You can, and should, see the well preserved Vasa in the Vasa Museum in Stockholm. It’s the most visited museum in Sweden, and well worth going, for it’s the best preserved 17th century ship in the world. Here’s a shot: 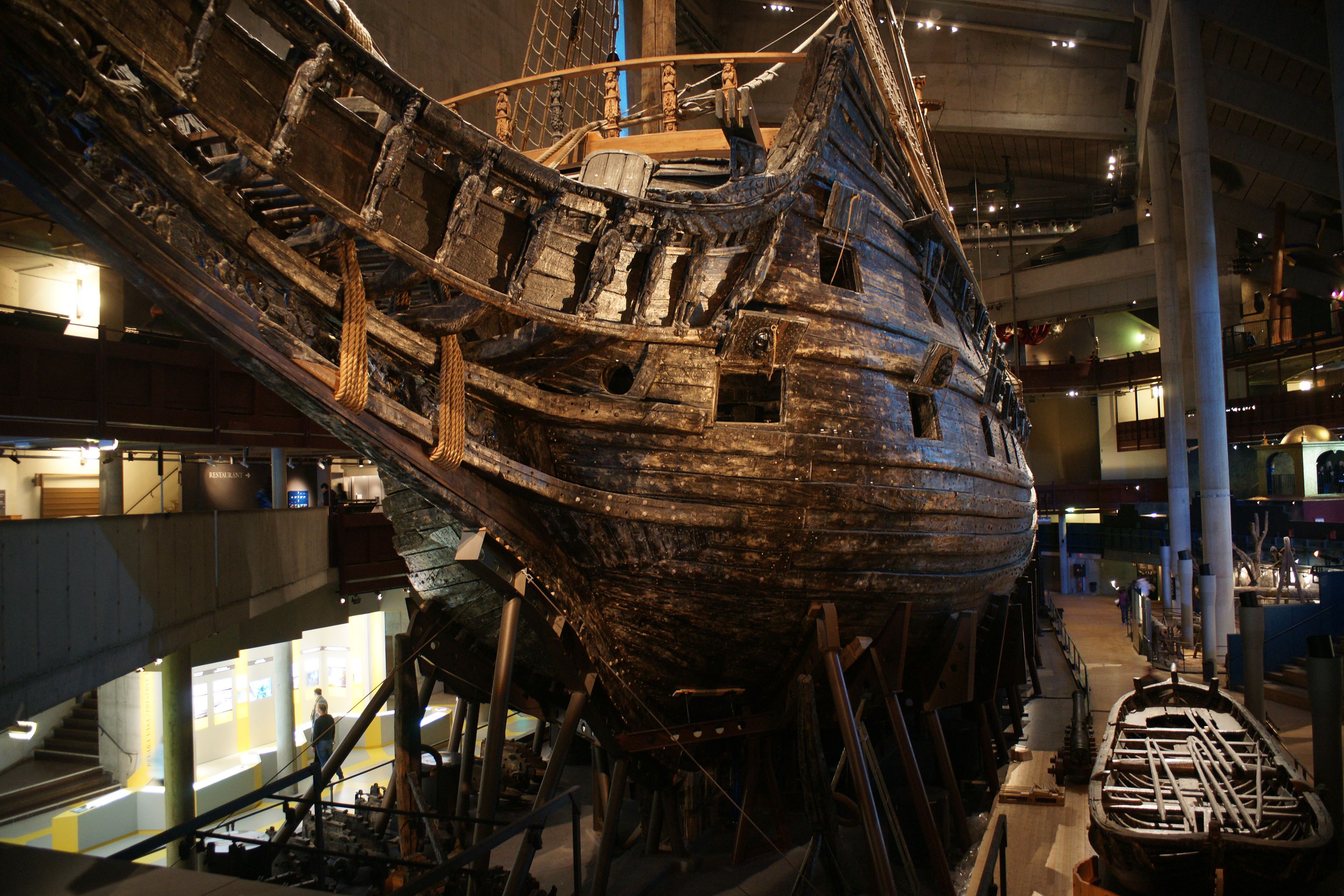 Hoffmann, pictured below, synthesized aspirin while working for Bayer. He also synthesized heroin: 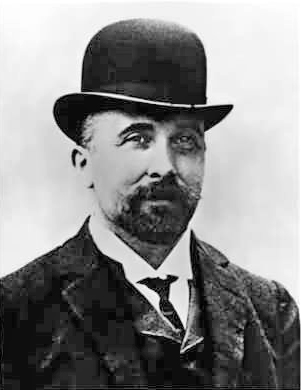 The Seaway, which includes a series of canals and locks, allows ship to travel from the Atlantic Ocean to the Great Lakes—all the way to Duluth, Minnesota. Here’s a diagram (click to enlarge): 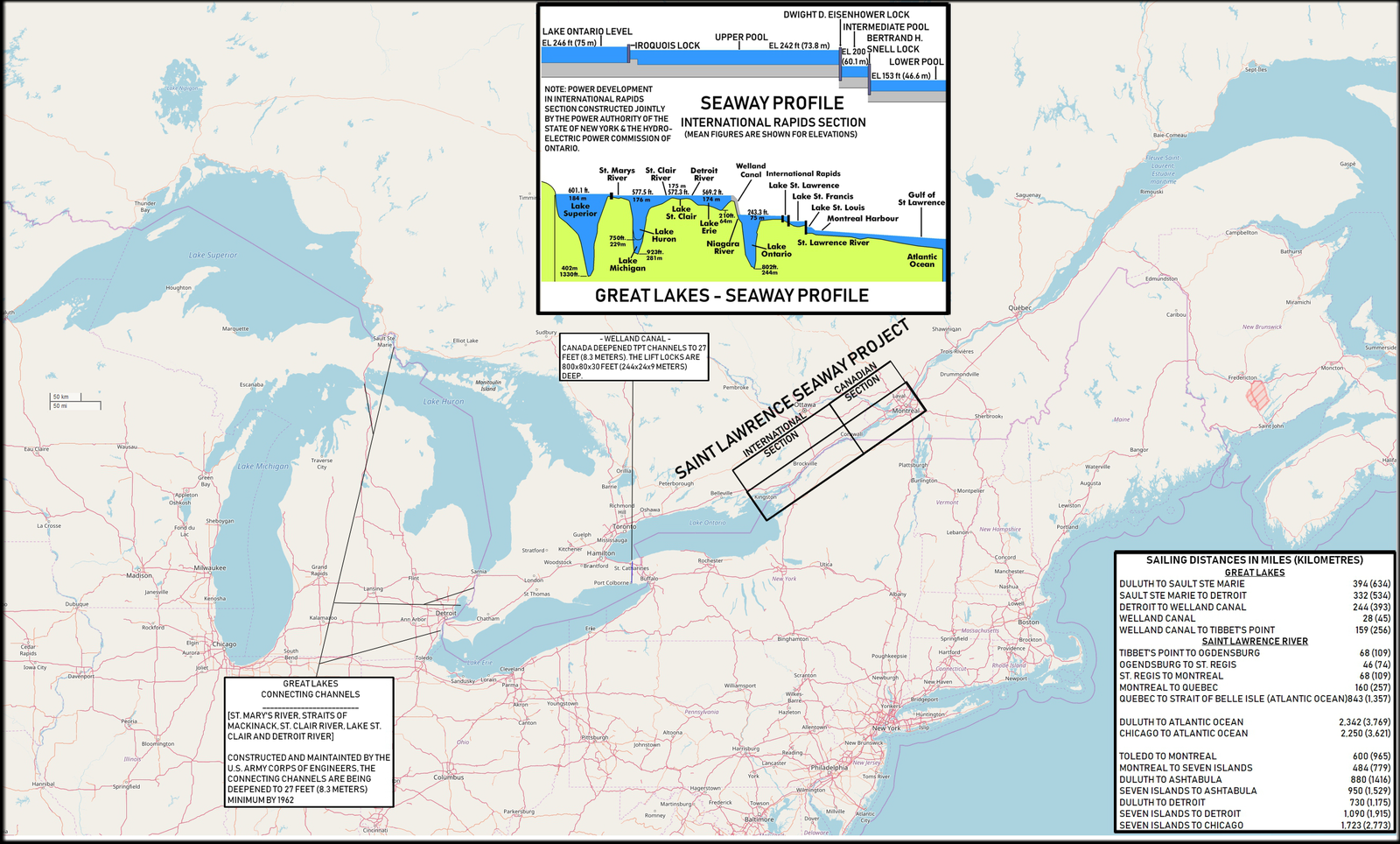 Here’s the Alfred P. Murrah Federal Building two days after the bombing, which killed at least 168 people and injured more than 680 others. McVeigh was executed, Nichols is spending life without parole in the Florence, Colorado ADX Supermax Prison (America’s most horrible jail), while Fortier was sentenced to 12 years in prison in 1998, was released in 2006, and has assumed a new identity under the Federal Witness Protection Program.

No, this is not Wolfgang Pauli, who also won a Nobel Prize for Physics

Her real name is Veronica Spector Greenfield, and here’s one song I like, “Walking in the Rain”, written by Phil Spector, Barry Mann, and Cynthia Weil. The Spector-ian “Wall of Sound” is quite evident:

What they don’t mention is that Devi gained fame as a bandit (she was nicknamed “The Bandit Queen), spending 11 years in jail before she became a politician. She was assassinated in 2001. Devi: 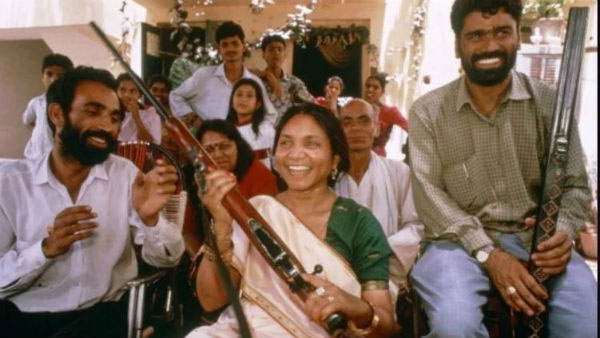 Those whose tickers stopped ticking on August 10 include:

There was an original Rin Tin Tin, who lived 14 years, but on television and movies he was played by a variety of German Shepherds. The original dog was found as a puppy in a bombed kennel used to supply dogs to the German Army. Here’s a photo of the original as a puppy and an adult:

He was a handsome lad:

Meanwhile in Dobrzyn, Hili shows the customary cat ambiguity when faced with an open door:

A: Could you decide, please?
Hili: No. 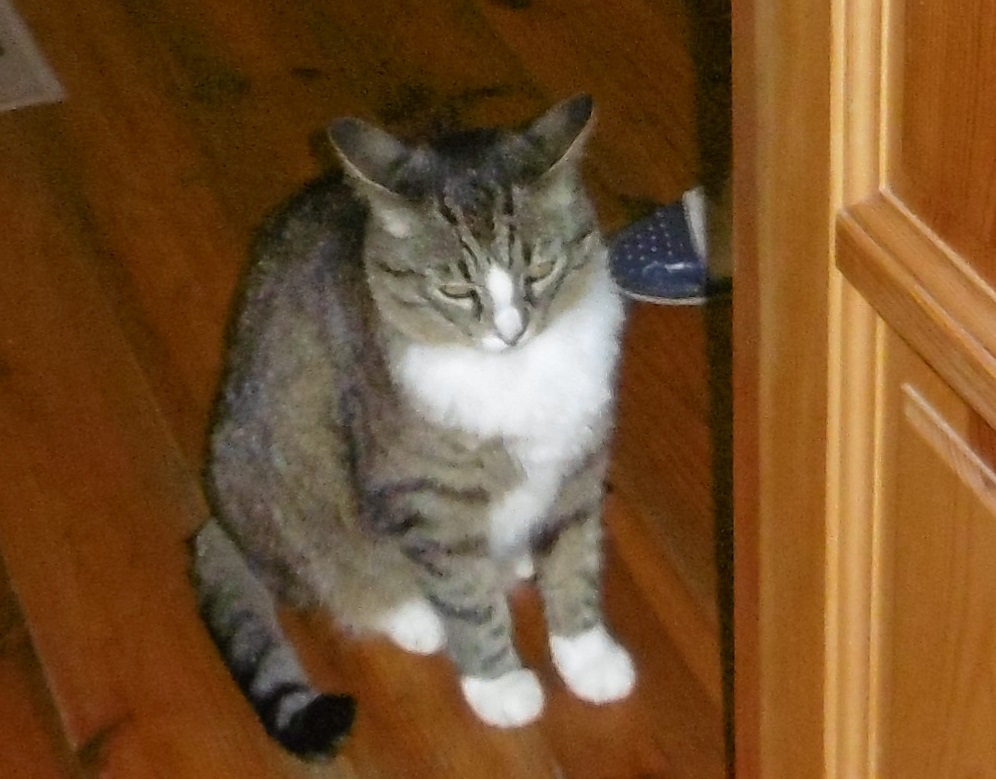 And here is Kulka sitting next to a box of Andrzej’s old papers. The caption is “Archivist”: 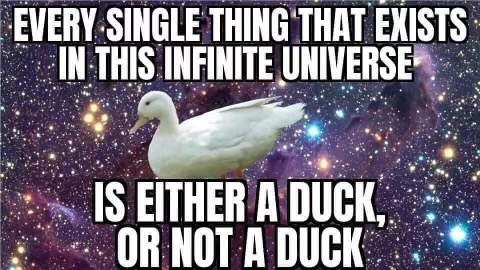 From Stephen, and I wonder if this is real: 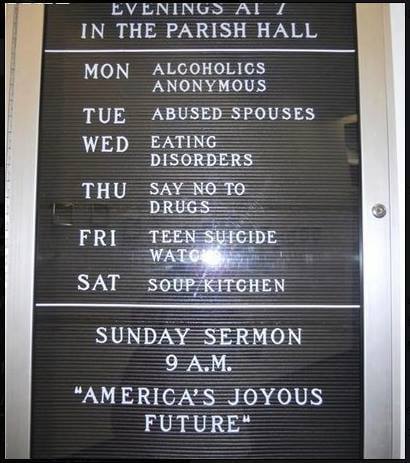 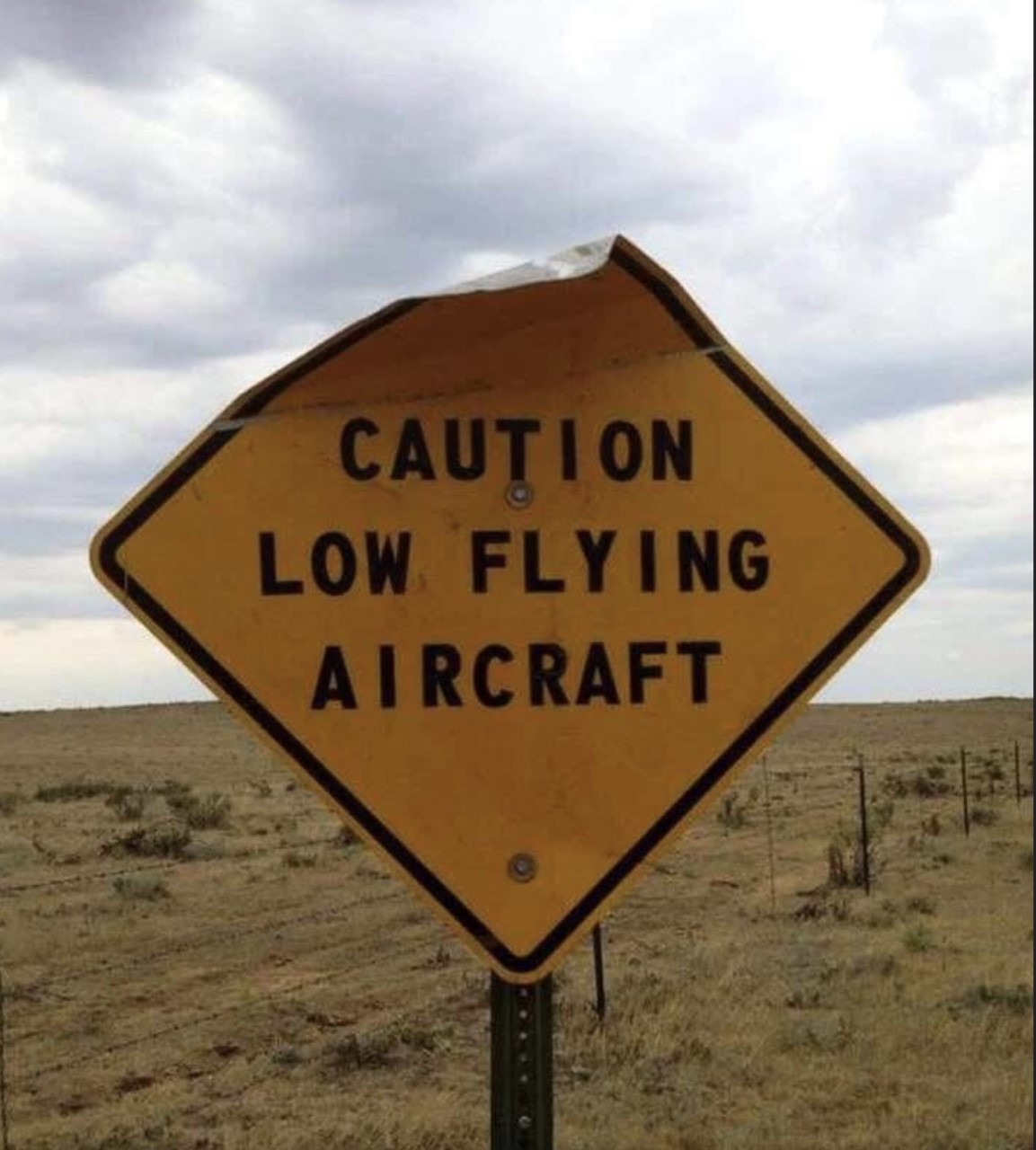 A tweet from Simon about the NYT article on Andrew Sullivan (I also commented on that caption):

Andrew Sullivan has sat in the same chair for a full year, growing increasingly concerned, waiting for another NYT writer to arrive pic.twitter.com/7rnGmTEROA

Hypocrisy called out by Bari Weiss and Mike Berg:

it's a mole #cowrie but when the mantle opens it looks like a portal onto another planet pic.twitter.com/uRJnSeDRn6

Another heartwarmer: tabby extracted from car engine and given a forever home. Sound up.

And a famous director as a child:

Young Steven Spielberg with his parents and popsicles pic.twitter.com/aifHhHSFkm