We he have our usual trio of cat-related items today. The first involves two songs.

And a shorter piece, described on YouTube this way:

“A world-weary yet passionate cat chanteuse sings from the heart (in French, of course.) A soulful cello offers exquisite support. Semi-helpful subtitles are included. Song written, animated, and performed by Sandra Boynton, cello played by Yo-Yo Ma, piano played by Michael Ford. Plus there’s a surprise accordion cameo.” There are subtitles in English. It’s a replacement of sorts for the late and dolorous Henri.

From Top13 we have the story of a Japanese cat who has formed a relationship with an iguana best termed commensal (this is a relationship between members of two species in which one individual gains something and the other nether gains nor loses). In this case, the relationship is described in the headline below (click on it to read the article).

Note: the English (indented) is not mine:

This is the case of a male iguana called Igu Senpai, who despite living with three dogs, a snake, several turtles and birds, he gets along very well with his cat friend as can be seeing on Twitter.

The cat usually spends many hours a day rubbing its head against the solid, scaly head of the iguana, which does not seem to bother it. It is actually a way for both of them to bond, as the reptile is feeling a soft ball of hair caressing it.

Well, if the reptile is gaining something by it (pleasure, not reproduction), I suppose it could be a mutualism instead of a commensalism. After all, the iguana tolerates it.  Here are two pictures and three Twitter videos: 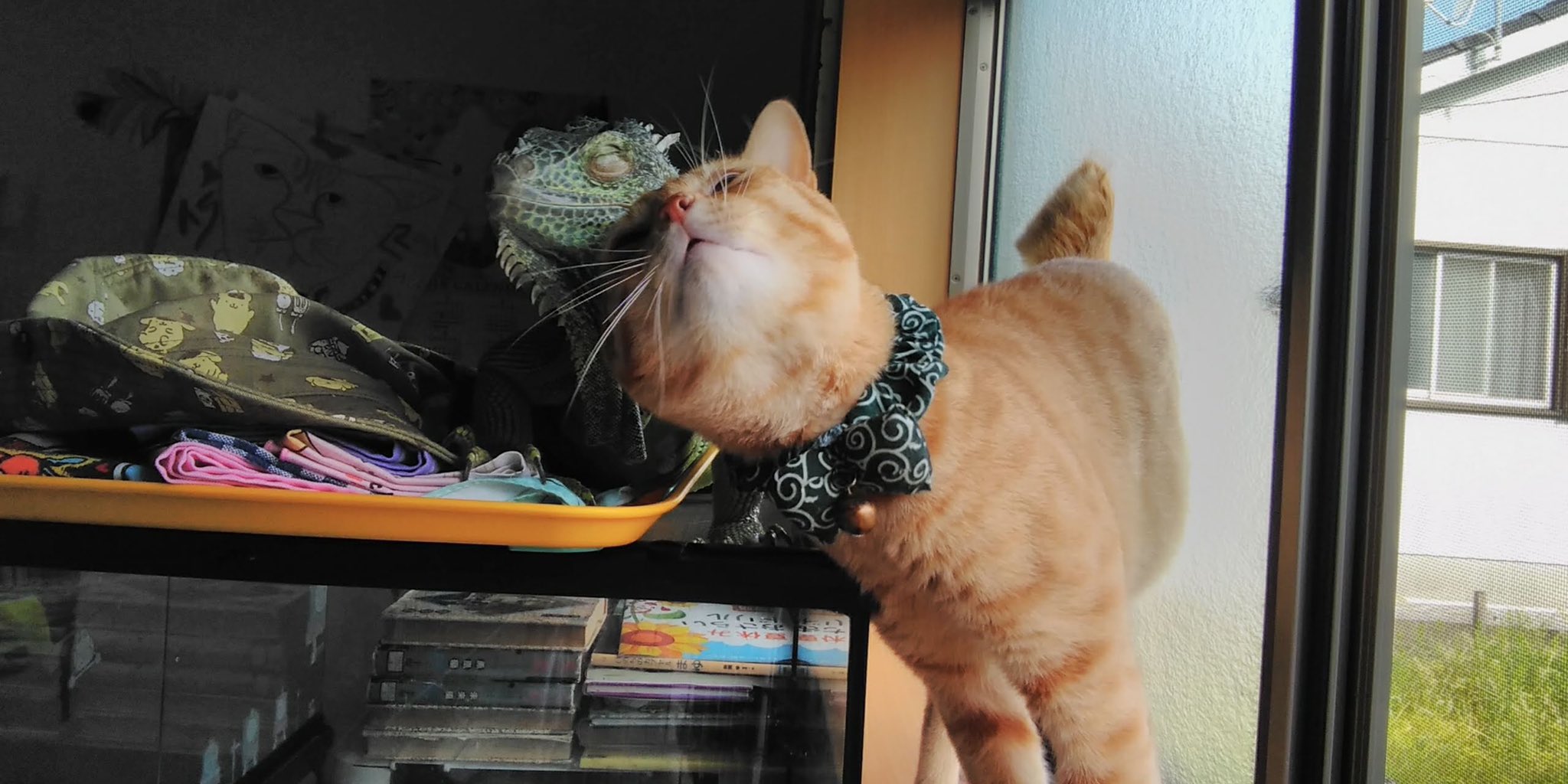 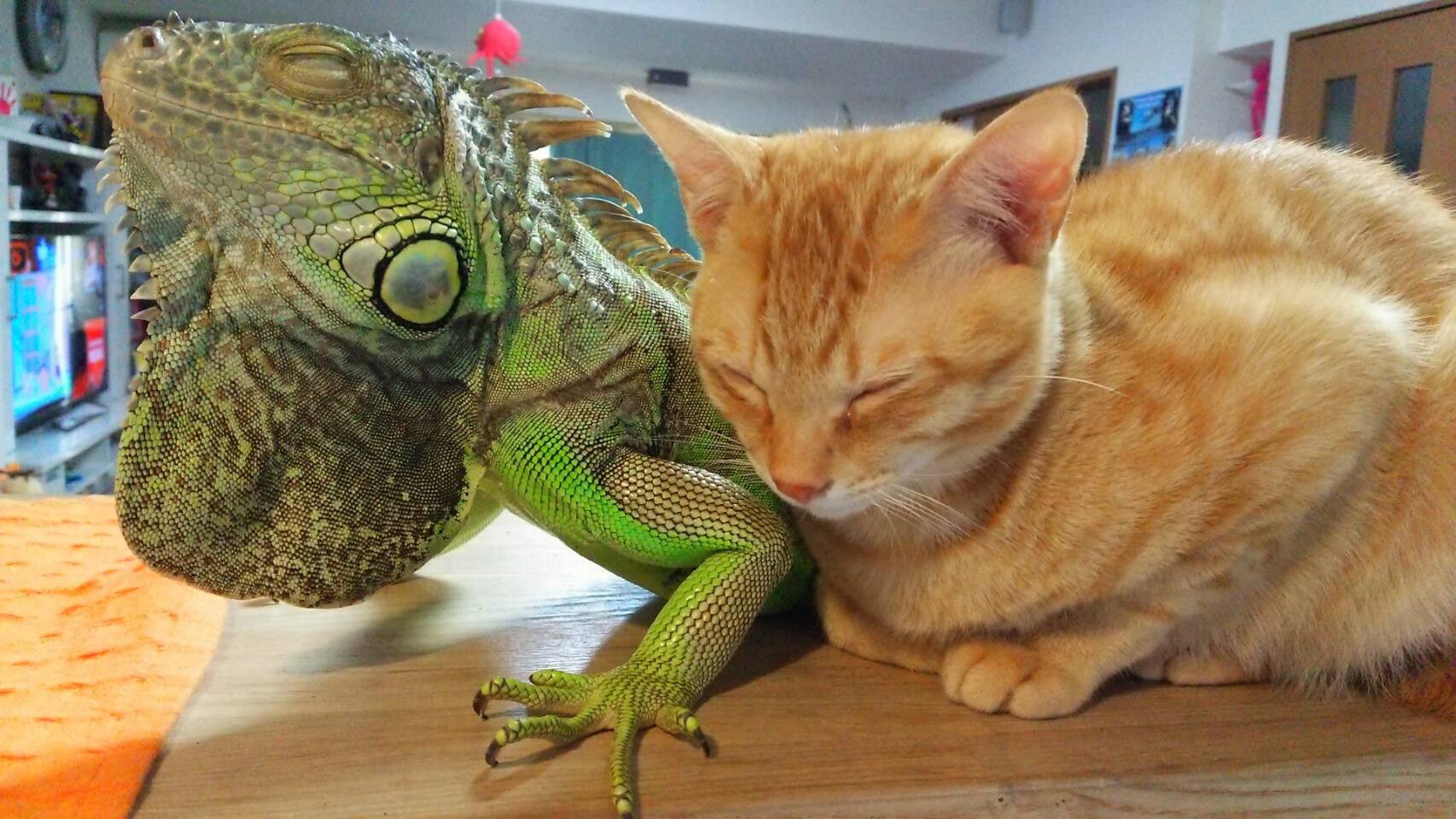 This is the first animal scratching post I know of!

The iguana is hanging around here, suggesting that he at least likes the cat:

And more scratching. Note that the iguana doesn’t bite:

I never read the 2012 book A Street Cat Named Bob: And How He Saved My Life, by James Bowen, but I did see the movie about it, “A Street Cat Named Bob,” which I watched on a plane, and it was very good. Bowen was a busker and a drug addict who took in a homeless cat, and the cat, whom he named Bob, helped wean him off drugs, as well as starting Bowen’s career as speaker and author. (There are now nine books about Bob.) It’s a true story about the salvific ginger tabby, and I’d highly recommend it (it gets a 77% critics’ rating on Rotten Tomatoes).

Bob died at 14, a celebrity in England. And now, according to the BBC report below (click on screenshot), a sculptor has made a life-sized bronze statue to Bob, which resides in Islington Green. From the article on July 15 (click on title to see it): 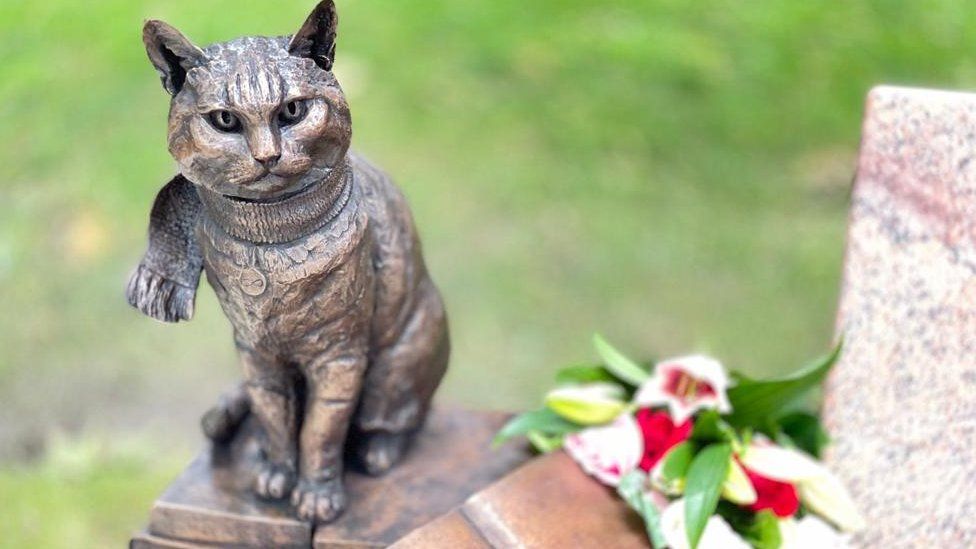 Bowen with the statue: 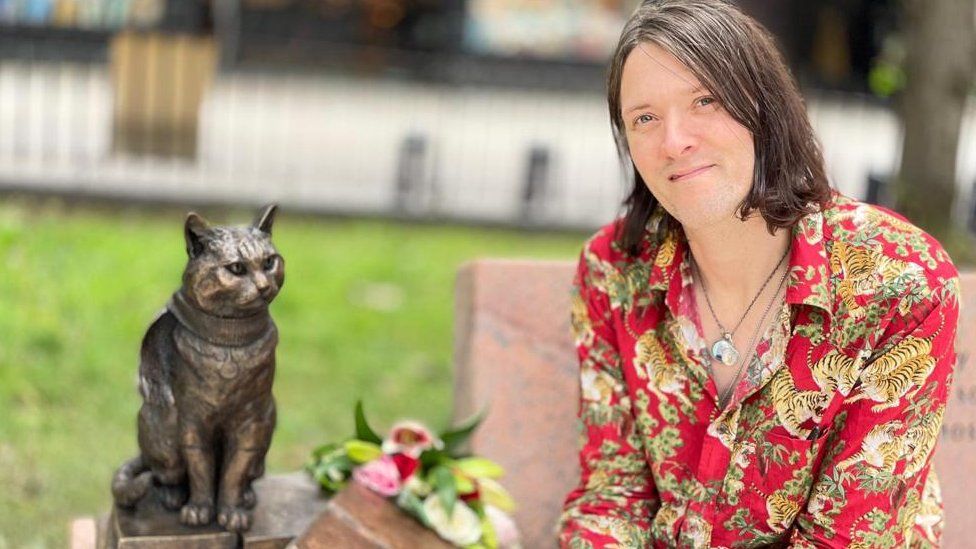 Bowen with the real Bob: 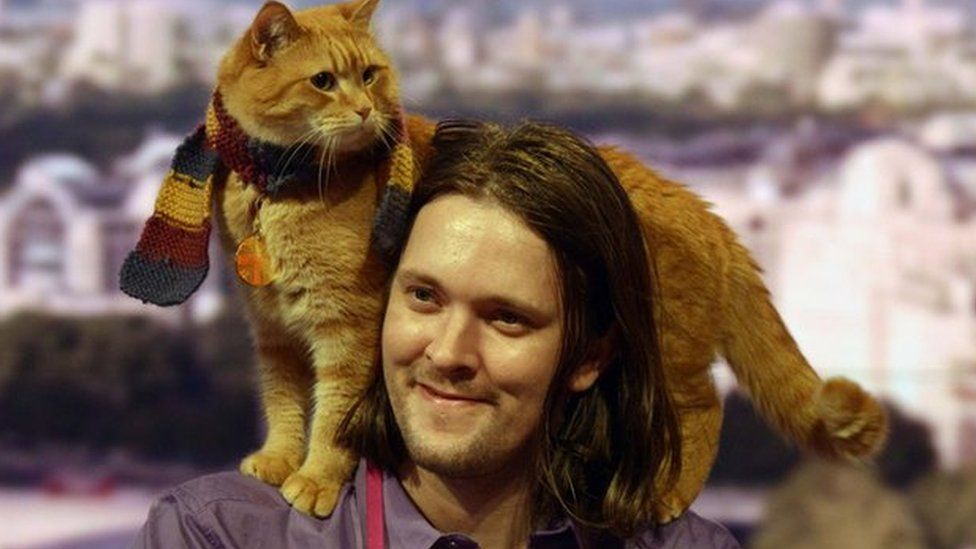 The statue overlooks the Islington Waterstones bookstore, where James wrote his first book recounting their journey together.

Here’s the sculptor, Tanya Russell, molding the Bob statue. Isn’t it a nice rendition of Bob?

If a reader is near the Islington Waterstones, take a selfie with the statue and send it to me, and I’ll put it in a future Caturday post. 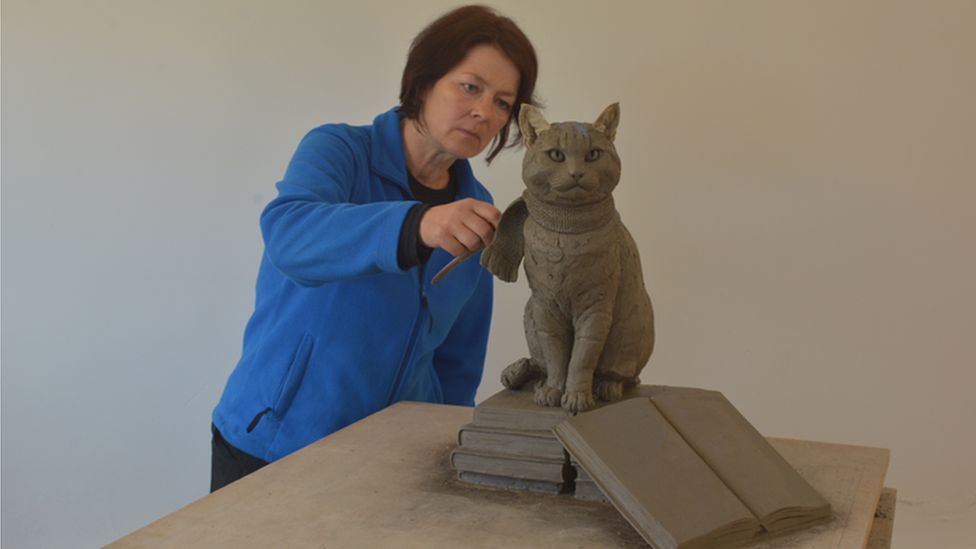 14 thoughts on “Caturday felid trifecta: Two cat songs by Sandra Boynton; cat scratches itself on an iguana; a new statue to Street Cat Bob; and lagniappe”