The newest Jesus and Mo strip, “usage”, came with this message on Patreon (though not on the normal website:

Take-away pizza it is then.

I used to be a beg-the-question pedant, but there comes a time when you just have to go with it. ‘Assumes the conclusion’ is clearer anyway. 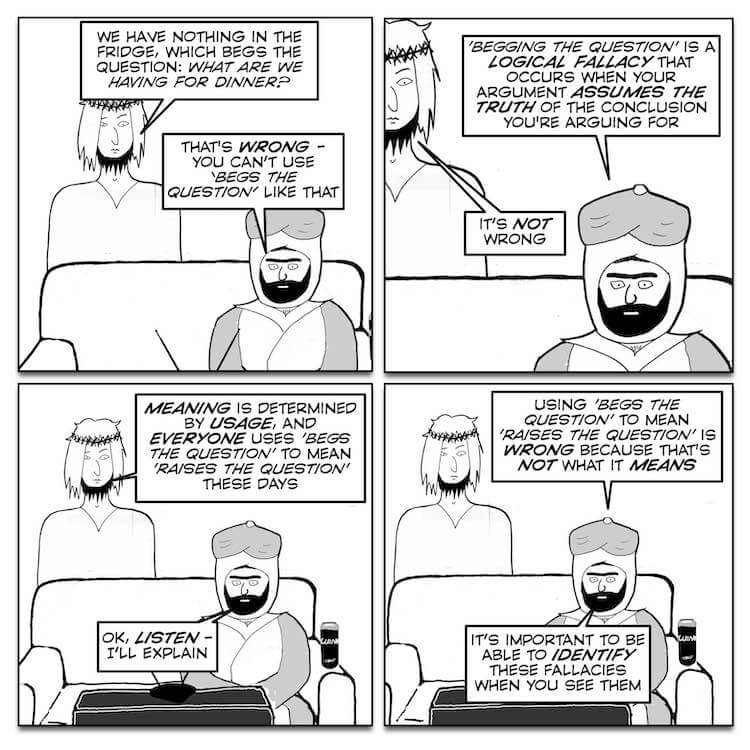