Andrew Sullivan has a new book: a collection of his writings over the last three decades. I thought it might be his first book, but it’s actually his fourth, and you can order it here. It’s thirty bucks in hardback, though it’s 576 pages long. I’ll be getting it through interlibrary loan: 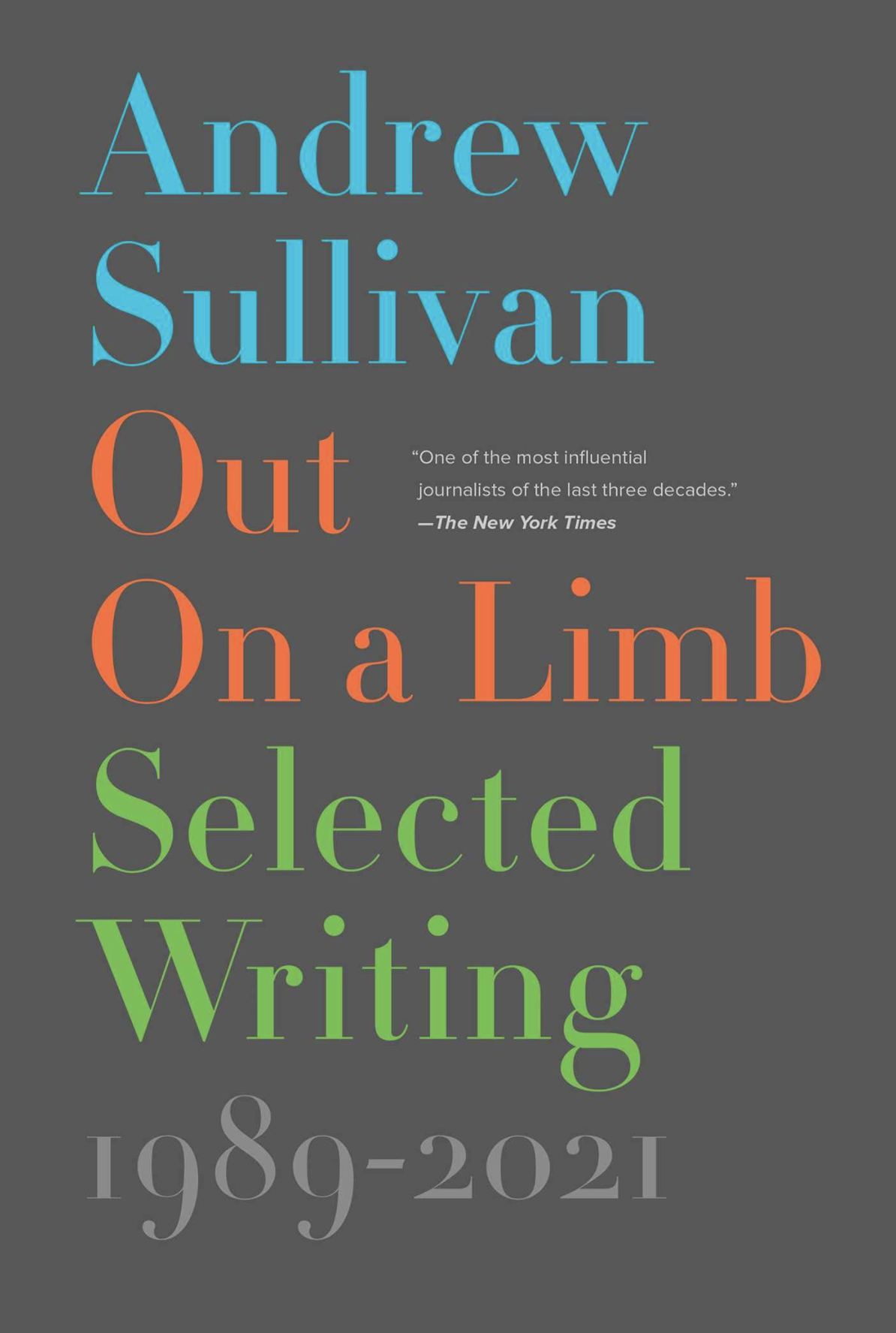 Most of his latest column is devoted to the book (click on screenshot below), but I’m more interested in another topic he discusses: critical race theory.

First, though, the book. Sullivan goes into sufficient (perhaps excessive) detail about the book—enough to make me want to read it, but not to pay thirty bucks. But face it: unlike many, Sullivan owns up to his mistakes and misjudgments, and often revises his opinions, which makes me respect him.

A summary of his precis:

I’m not that easy to categorize, though many have tried, and I hope these essays reflect that. Among the political figures I have supported: Thatcher, Major, Blair, Cameron, and Johnson in Britain; Reagan, Bush, Clinton, Dole, Bush, Kerry, Obama, Clinton, and Biden in the US. Among the causes I have passionately supported: marriage equality, legalization of recreational drugs, the Persian Gulf War, the Iraq War, welfare reform, the candidacy and presidency of Barack Obama, and an expansive concept of free speech. Among the causes I have furiously opposed: the US adoption of torture in the war on terror, the Iraq War, religious fundamentalism in politics, both the Republican and Democratic parties, mass immigration, deficit spending, tribalism, critical theory, and Trump.

They all reflect, I hope, a singular form of conservatism that emerges from the thought of Michael Oakeshott responding to the contingent facts of unfolding history. (I have one memoir of him in the book, an explicitly Oakeshottian defense of Obama, and one account of Oakeshott’s religious ideas in a profile of Pope Francis.) My models for thought and writing run from Burke to Orwell. And my greatest failure of judgment, my shamefully excessive defense of the Iraq War, was, in retrospect, a moment when I abandoned that conservatism under the torrent of emotion and trauma in the wake of 9/11.

But better than this is is part of his column called “TwoNotes on Kendi and DiAngelo”, which is about as accurate a presentation of “popular” CRT—and a stinging one—that you can find. A couple of excerpts:

Both avatars of the Successor Ideology [Kendi and DiAngelo] gave interviews this week to friendly outlets, The New Yorker and The New York Times. This is an encouraging sign — it suggests that there may be some inklings of pushback within the left-elite.

I just want to note two key points that help, I think, illuminate what critical race theory actually is. The first is from DiAngelo:

This is the core argument of CRT. It was the argument of the 1619 Project. It is what a NYT reporter meant when he demanded in a meeting with Dean Baquet that the newspaper internalize CRT and ensure that every single story was a means of communicating it:

This is the core point. CRT can be misleadingly described as seeing how racial oppression is interwoven in American history, exploring its resilience. But this is the motte of the argument; the bailey is that “white supremacy” is the foundation of this country. Not a foundation. The foundation. Not of some historical impacts, but of “all of the systems” of the country.

And on Kendi, who isn’t spared the rod:

That brings me to Kendi, whose sole, sophomoric idea is captured by Ezra Klein here:

And seriously, that’s it. If you see racial inequality, it is by definition created by white supremacy. And nothing else.

The one problem here is that although present white supremacy may not account for all these discrepancies, they may well be the legacy of white supremacy. Sullivan continues:

And so the remedy to inequality has to be as crude as the cause of it: race discrimination. Kendi actually believes that an unelected board of CRT experts should be established by constitutional amendment to enforce active race and sex discrimination by the federal government in every sector of society. In any part of society where the racial demographics don’t reflect those of the entire society, the government must ensure that some members of one race are fired and replaced with members of another. Kendi puts it this baldly:

In other words, antiracism requires the abolition of the Civil Rights Act of 1964.

Again, the MSM keeps hiding the ball here. What is unique about the Successor Ideology is not that it takes racism into account in understanding society. What’s unique is the crudeness of its analysis and the totalitarianism of its solution.

I didn’t dare be that captious about Kendi’s book when I read it, but Sullivan is braver than I, and I pretty much agree with his characterization. Kendi’s suggestion about the Constitutional Amendment frightens me. As he wrote at Politico:

[The amendment] would establish and permanently fund the Department of Anti-racism (DOA) comprised of formally trained experts on racism and no political appointees. The DOA would be responsible for preclearing all local, state and federal public policies to ensure they won’t yield racial inequity, monitor those policies, investigate private racist policies when racial inequity surfaces, and monitor public officials for expressions of racist ideas. The DOA would be empowered with disciplinary tools to wield over and against policymakers and public officials who do not voluntarily change their racist policy and ideas.

Can you imagine that? It suffers from the same problem as having A Department of Speech Monitoring: who, exactly, do you trust to make the judgments? And in this case, the result would be oppressive, authoritarian (it would supercede, for instance, the Supreme Court), divisive, and frightening. It would be the ruination of American society, turning into an Orwellian nightmare.

It baffles me that so many people seem to adhere to Kendi’s views—or at least this one.