From yahoo news! via Reuters, we have a brief story and a video of a stray cat in Turkey bringing her sick kittens to a vet. (Only in Turkey!) And they’re all okay!  The story:

When the cat first walked into the clinic with one of her kittens, veterinarians didn’t understand her motive, a spokesman for Karabaglar municipality told Reuters.He said the cat meowed for a long time after bringing in a second kitten.

The veterinarians at the clinic did a quick examination and noticed the kittens were suffering from eye infection.The stray feline and her kittens were placed in adoption after the completion of their treatment.

Now it’s unlikely that the mother cat knew what a vet was, but, as Jake said to Brett in their taxi, “Isn’t it pretty to think so?”

I think that Turkey is the world’s most cat-loving nation.

From !pnoze, a French site, we have the following headline (click on screenshot), which translates as “People laugh at these cats hanging out in places where they shouldn’t be.” You don’t need to know French, though, to look at the photos, of which I’ve put a selection below: 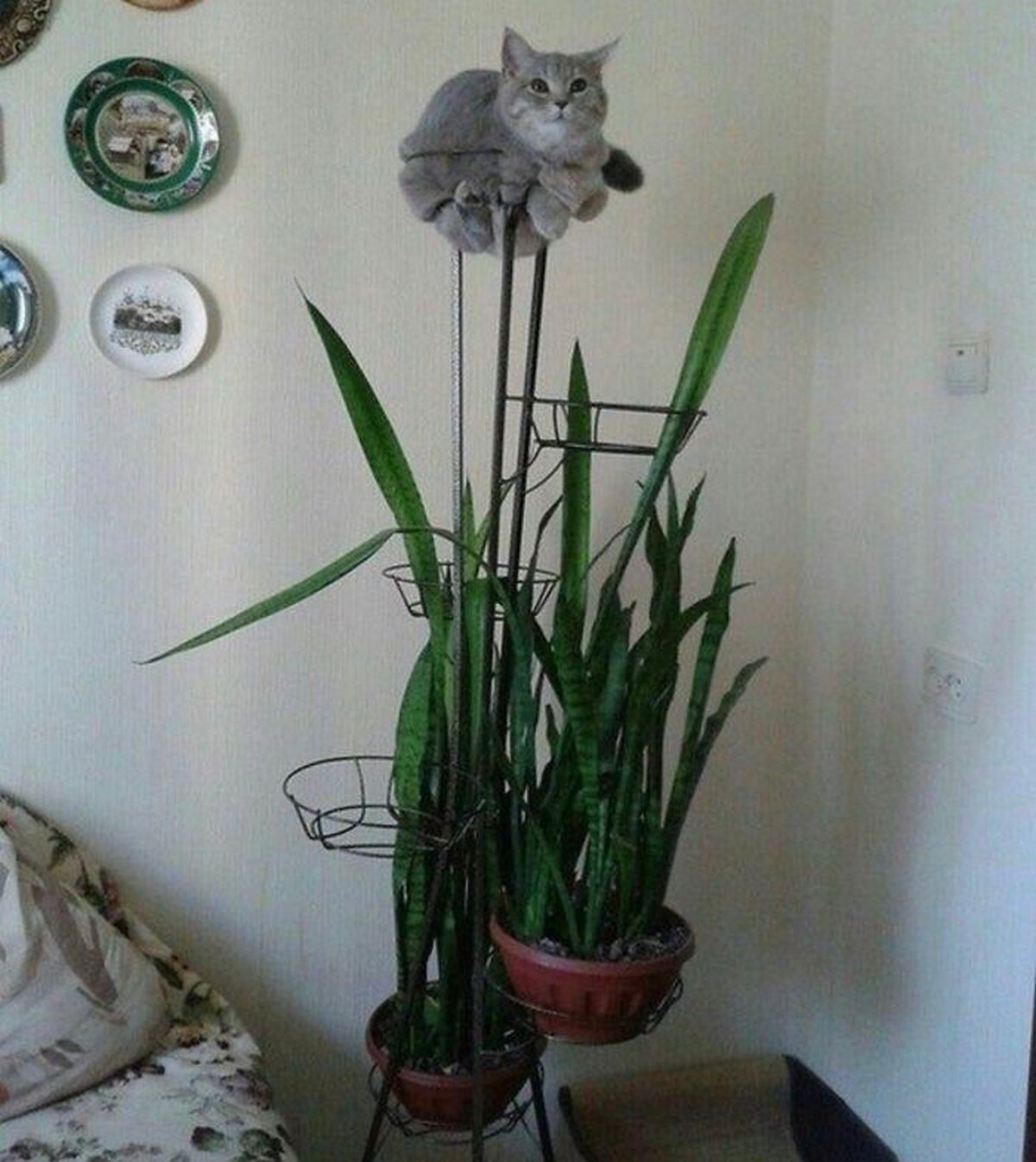 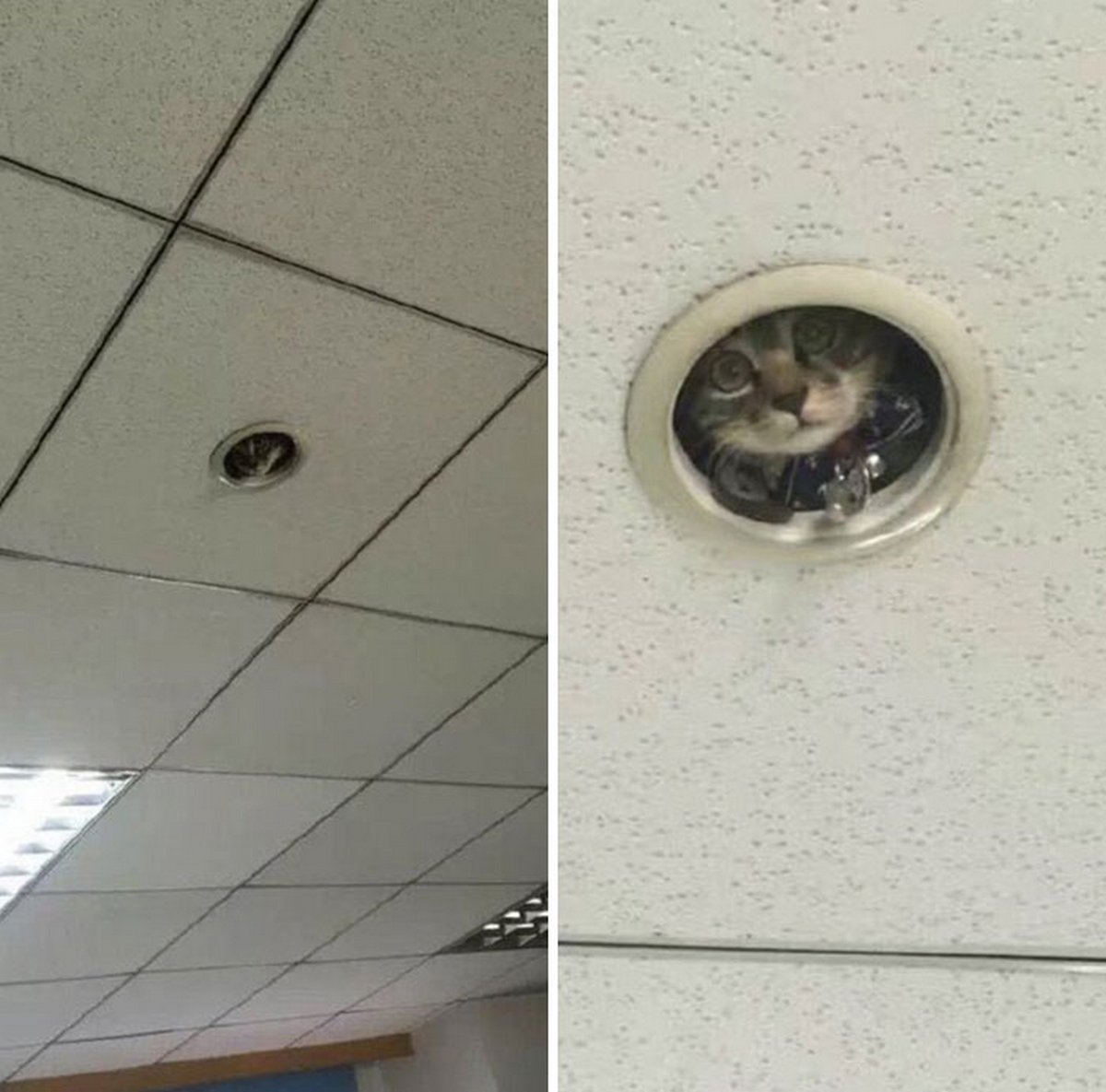 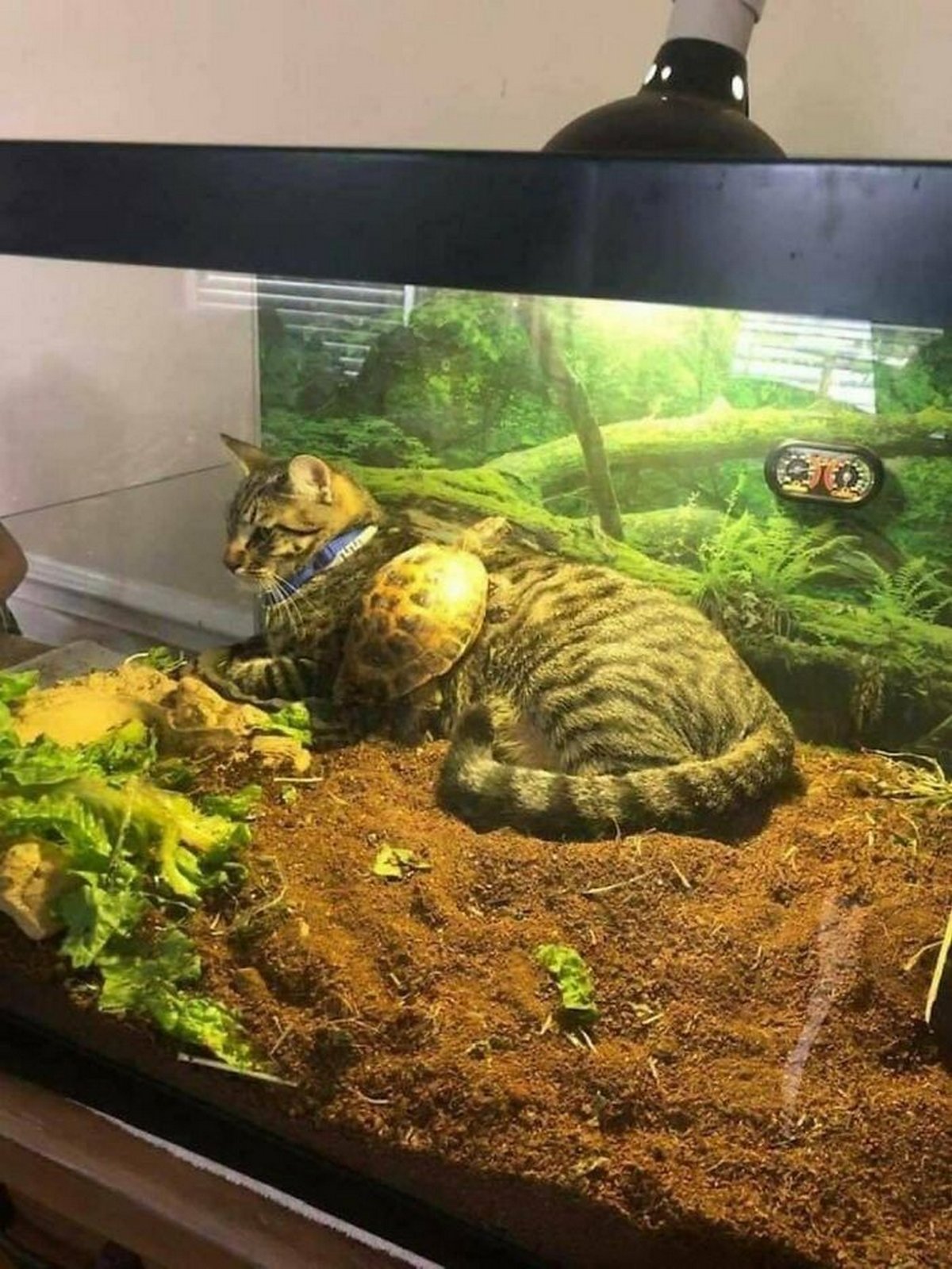 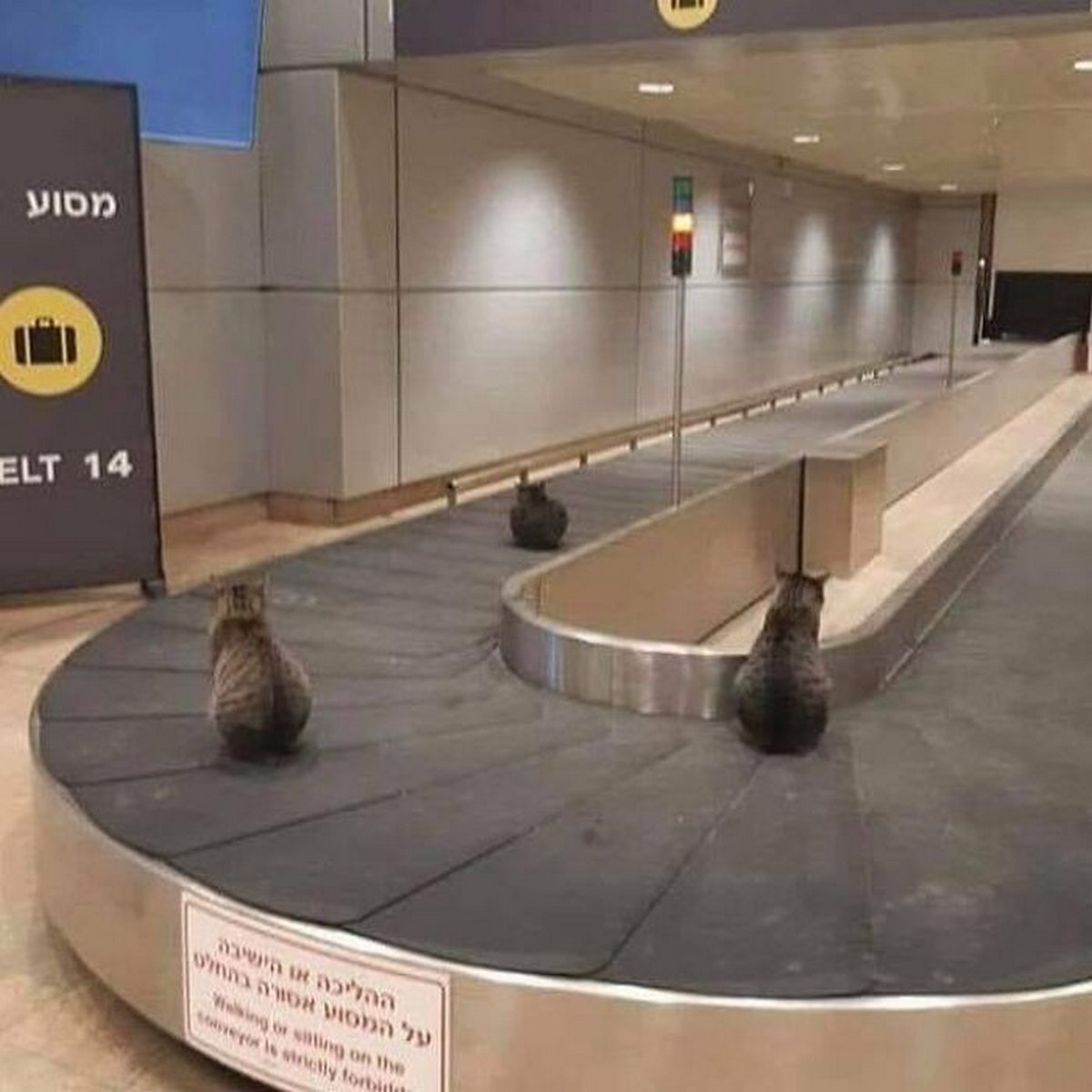 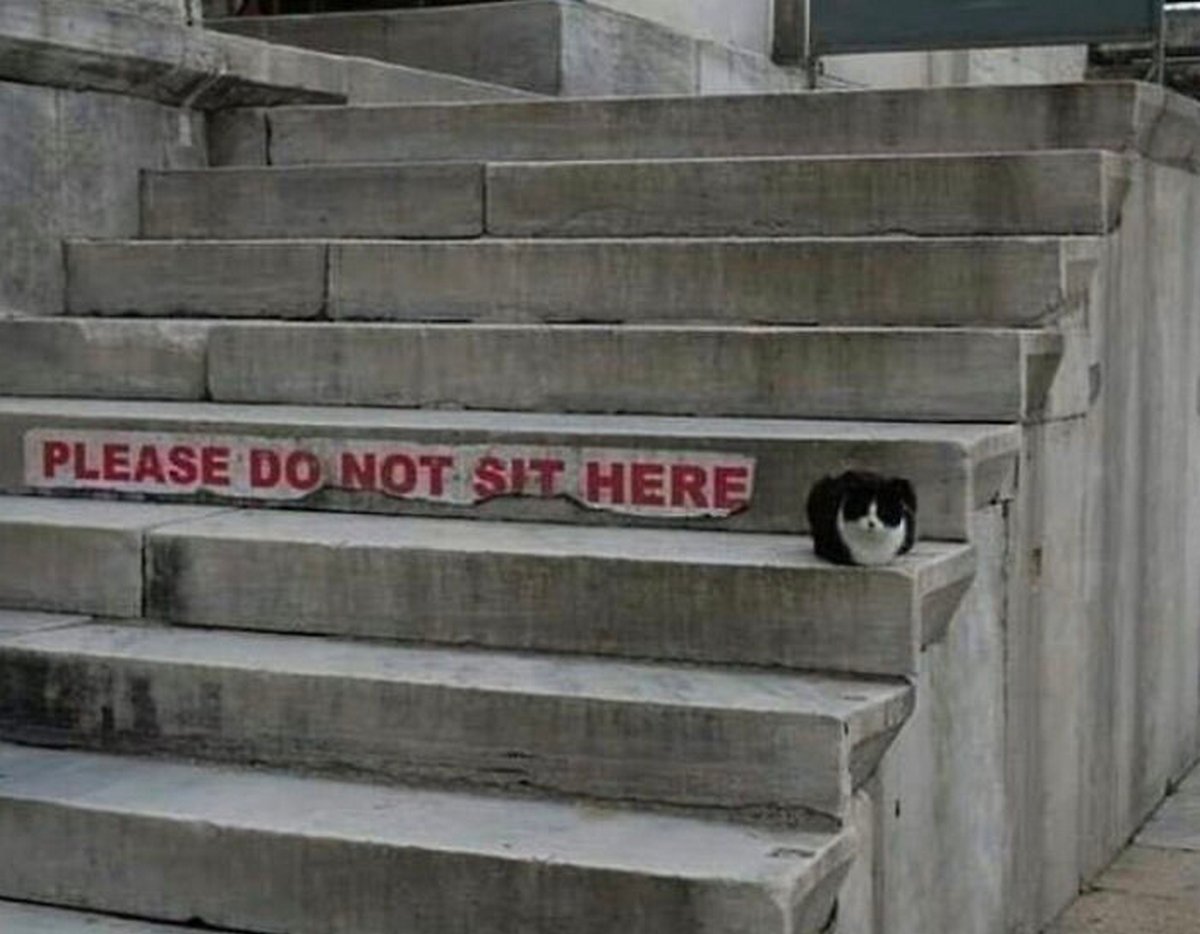 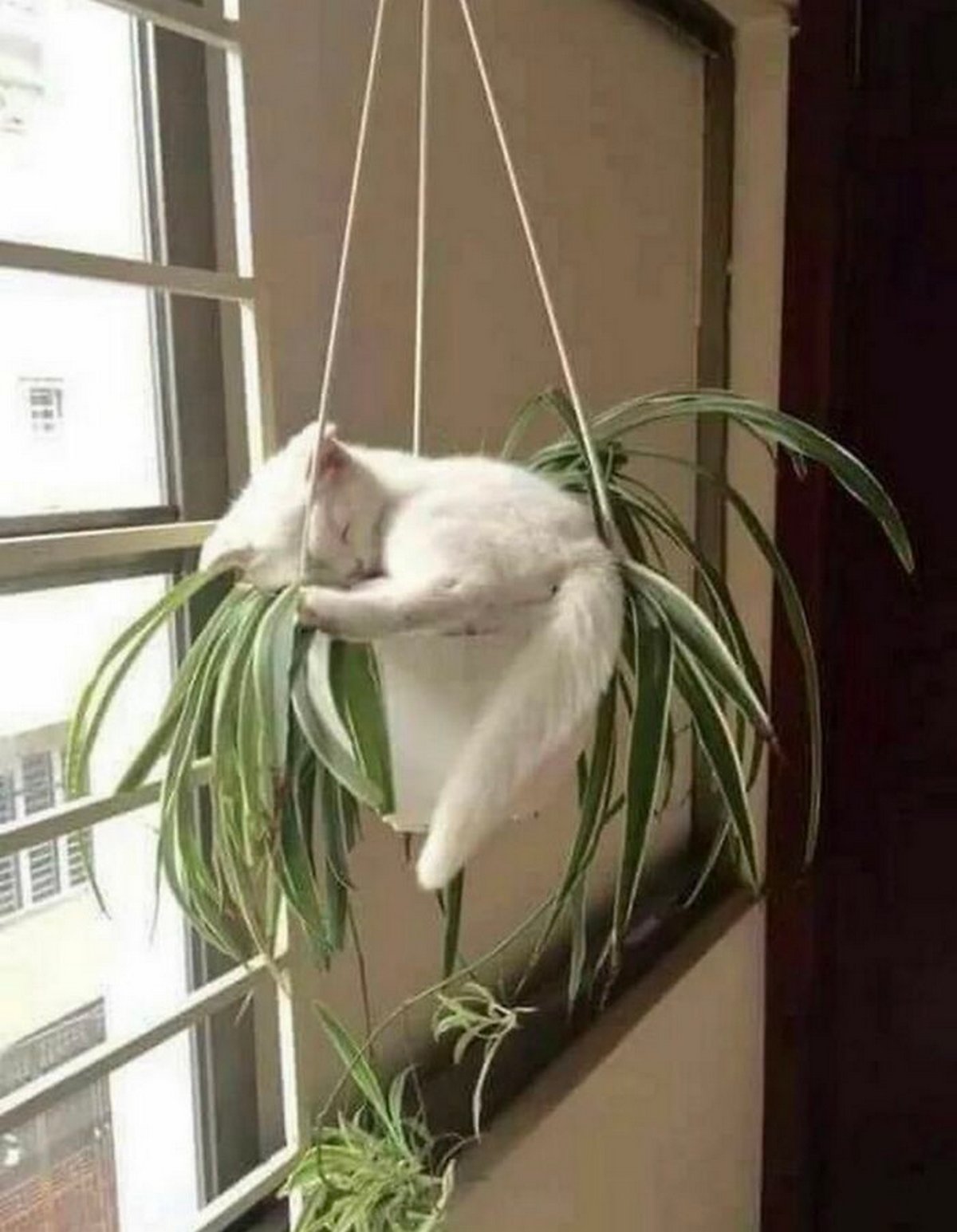 From Australian Geographic we have the story of a bunch of white cats that lived in the southeast pylon of the Sydney Harbour Bridge (click on screenshot below). And, as you’ll see, a perilous existence it was. What did they eat? Did any of them fall? Why did they move into what was supposed to be a tourist attraction, and then themselves became an attraction? Were they put there? Why were they all white?

Some excerpts and pictures:

This extract from a Sydney tourism brochure dating back to the 1960s alludes to a bizarre moment in the history of the Sydney Harbour Bridge: when cats were a main attraction.

These white cats could be seen roaming around the south-east pylon lookout – the one closest to the Sydney Opera House. Inside, they cosied up to their owner Yvonne Rentoul.

Yvonne Rentoul was an ex-servicewoman turned astute businesswoman who successfully convinced the Department of Main Roads (now the Roads and Maritime Services) to lease her the spot.

According to a 1954 report by The Daily Telegraph, Yvonne was a “soft-spoken, vivacious brunette, who thought it outrageous to let a spot like the pylon go to waste.”

In December 1948, Yvonne officially opened the Pylon Lookout, which housed an ‘All-Australian exhibition’ made up of dioramas, maps and souvenirs, to tourists.

The cats that lived in the pylon were a major attraction. There was George (pictured above) and then a set of twin cats named Bridget and Pylon, as reported by The Sunday Telegraph (1951)

“If one cat wants to pass the other, she risks death by leaping over her twin’s back.

“Since they took up residence on top of the pylon, one of the twins, Pylon, has never been downstairs. Bridget was once carried down but as soon as she was released she raced up again and has stayed there ever since.”

A cattery was installed in the roof of the pylon, which comfortably housed the cats at night, while they were allowed to wander during the day, which made for some iconic photographs of the white cats set against the Sydney Harbour backdrop.

Yvonne’s lease ended in 1971 at which time she and her cats moved out and prepared for retirement. The Pylon Lookout wouldn’t be open to the public for another decade.

I’m glad they left before they fell to their deaths! I don’t suppose we have any Aussie readers who remember these cats?

We first profiled the striking split-colored faced ‘Narnia’ back in 2018. Born in France on March 28, 2017, Narnia recently fathered two kittens in each of his colors.

The siblings, gray-haired Phoenix and black-haired Prada, can be seen below. Originally believed to be a rare chimera cat, the owner says genetic testing proved that wasn’t the case. “A geneticist performed tests and [found] Narnia has only one DNA… there remains a mystery for science,” she said. 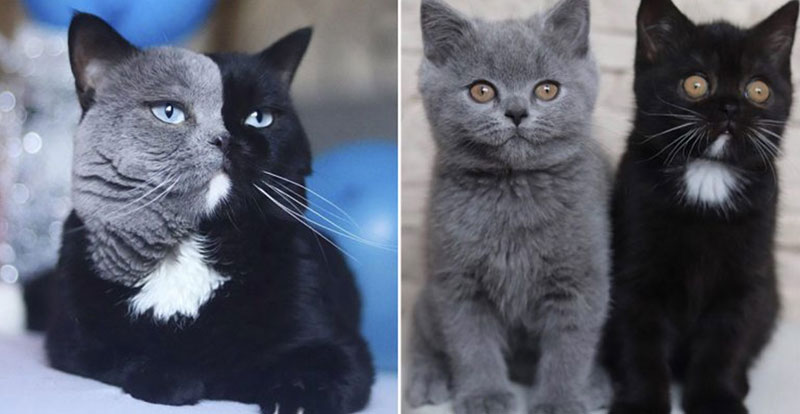 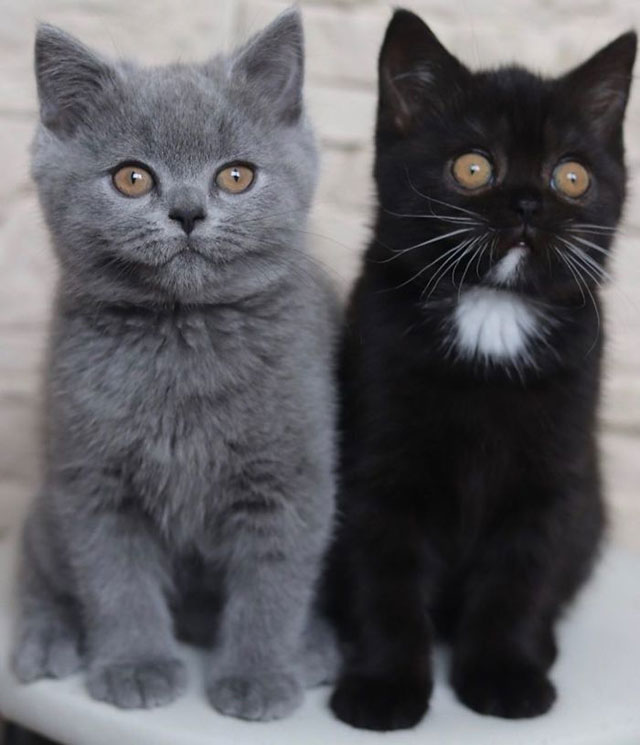 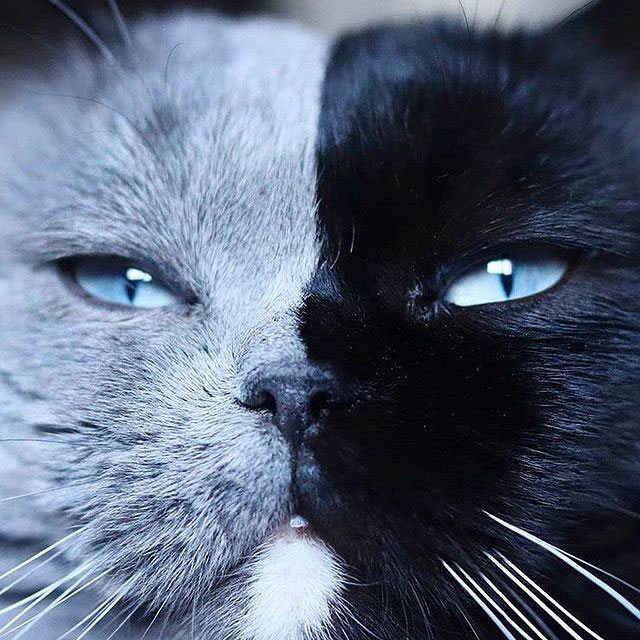