Forgive me if I bore you with pictures of my adopted offspring, but it’s time for a duck post and my brain needs an oil change. Most of these photos and videos were all taken on April 10 and 11, when Honey and Dorothy had already built their nests and were starting to lay their eggs. I think that most of the eggs are laid by now and incubation is about to begin or has begun. (Hens lay one egg a day but don’t sit tight on them until all the eggs are out; then they nestle down on the entire clutch. This assures that embryonic development, initiated by warmth, starts at the same time, and all ducklings hatch within a day. The ducklings all must enter the water at once because they have to feed themselves (well, I help!).

During this period, the hens may come down to the pond for an hour once every day or two for a one-hour break to eat and, especially, get water and bathe themselves. It’s dusty on the window ledges, and the ducks also like to keep their breasts damp to keep the eggs humidified.

The cast of characters, starting with the magnificent Honey. Note that her undercarriage is heavy, and I think that is an egg waiting to be laid. 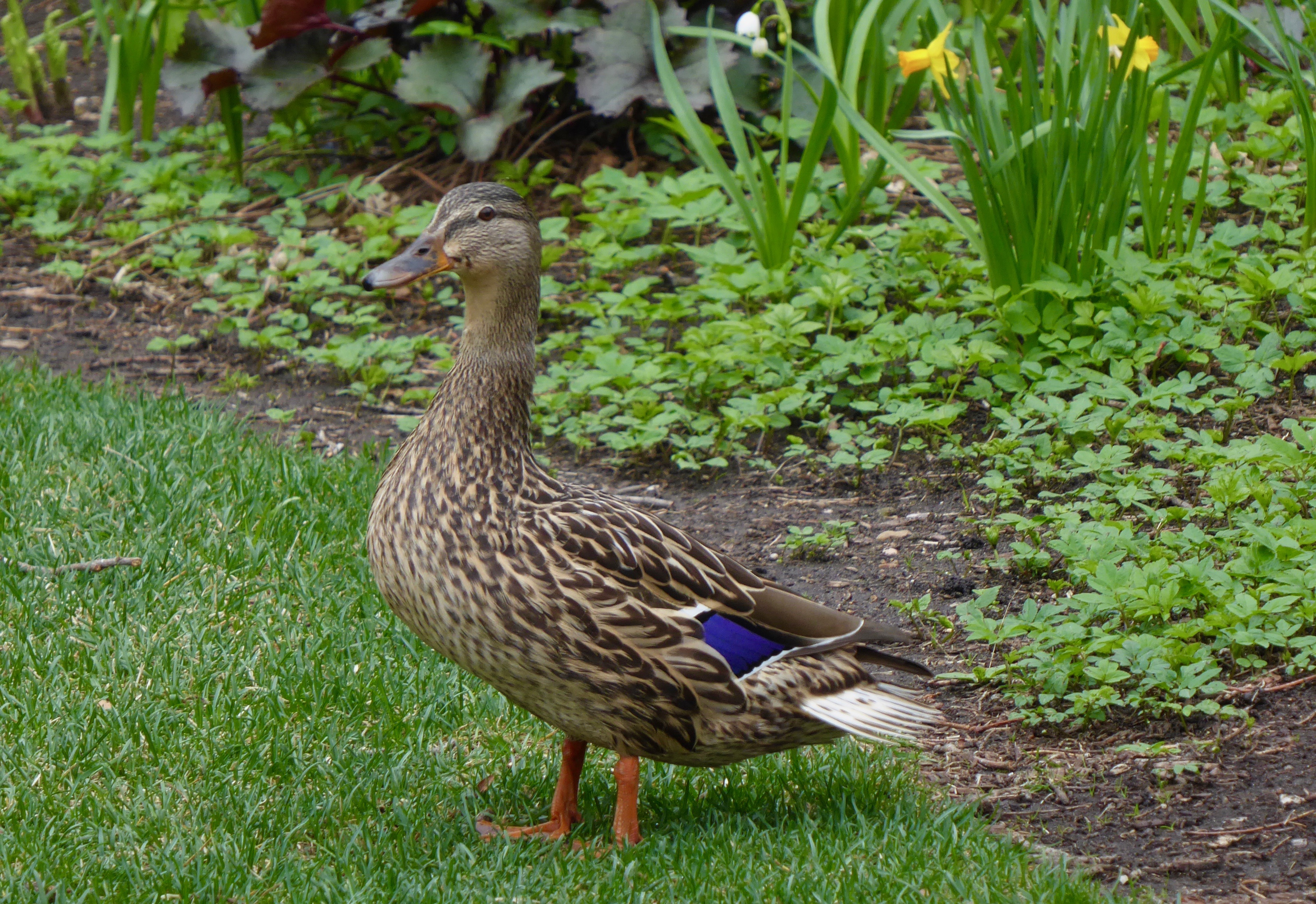 And her BFF Dorothy. Last year Dorothy lost her babies to Honey, who ducknapped them (they all fledged), though Dorothy re-nested for ANOTHER month and finally had her own brood of six that she raised on her own. I fear this may happen again since they’re nesting at the same time. 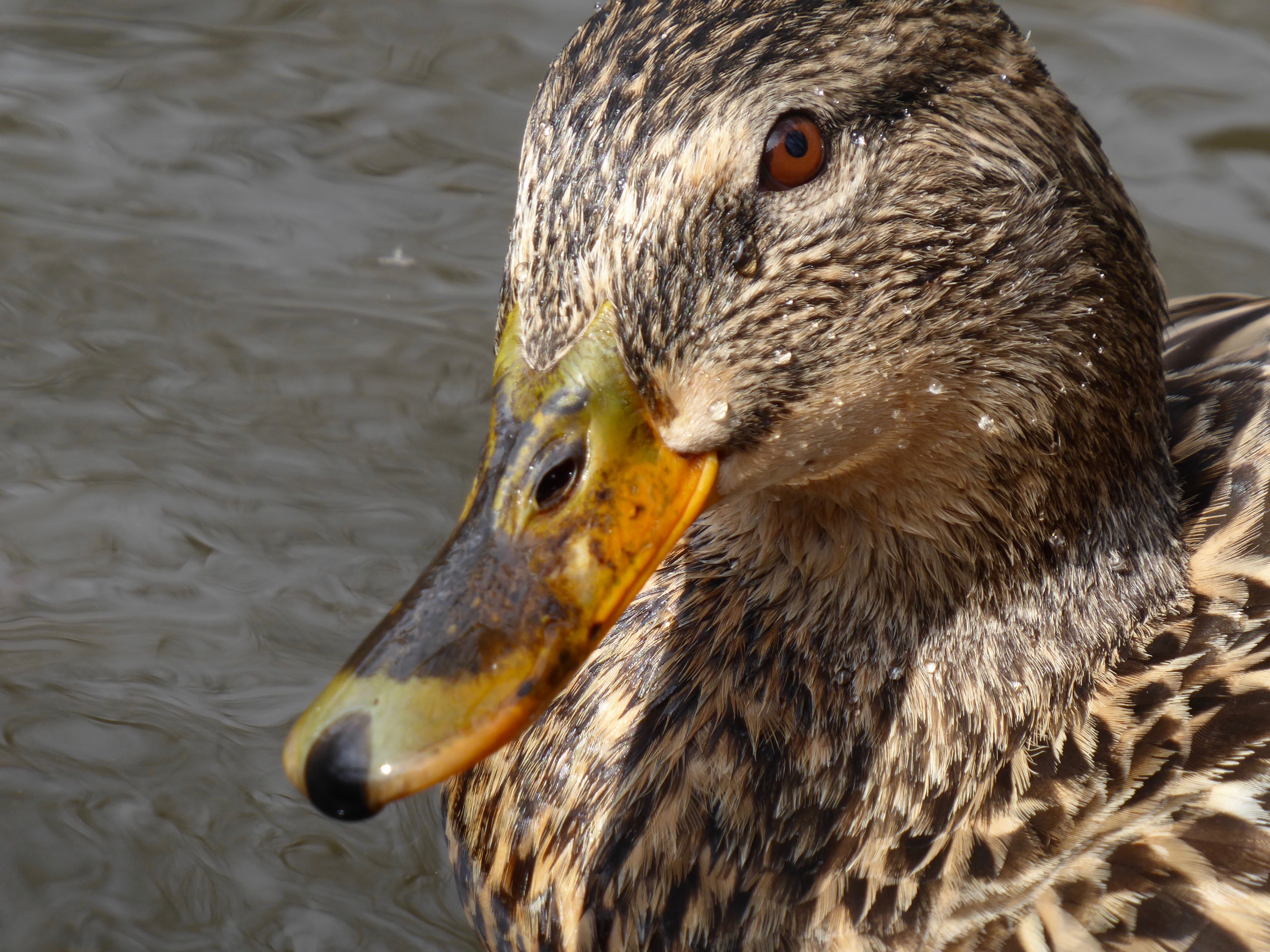 The uber-handsome drake Shmuley, who’s surely the father of both broods: 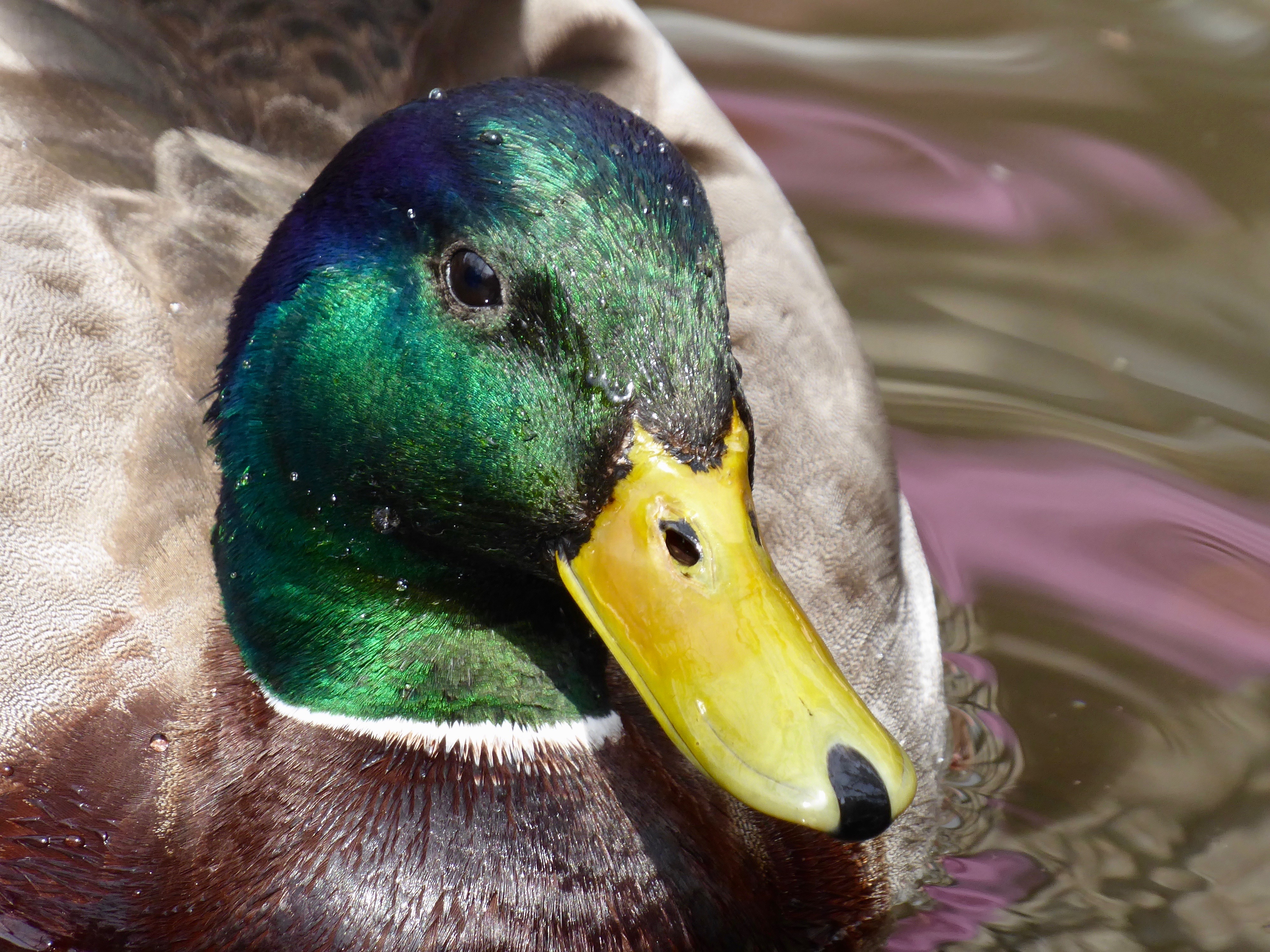 And the trio on one of their last days together, March 27. We call them “Honey’s Armada”, as they swam together and chased other ducks out, always with Shmuley leading and the two hens following. Can you tell which hen is Honey? 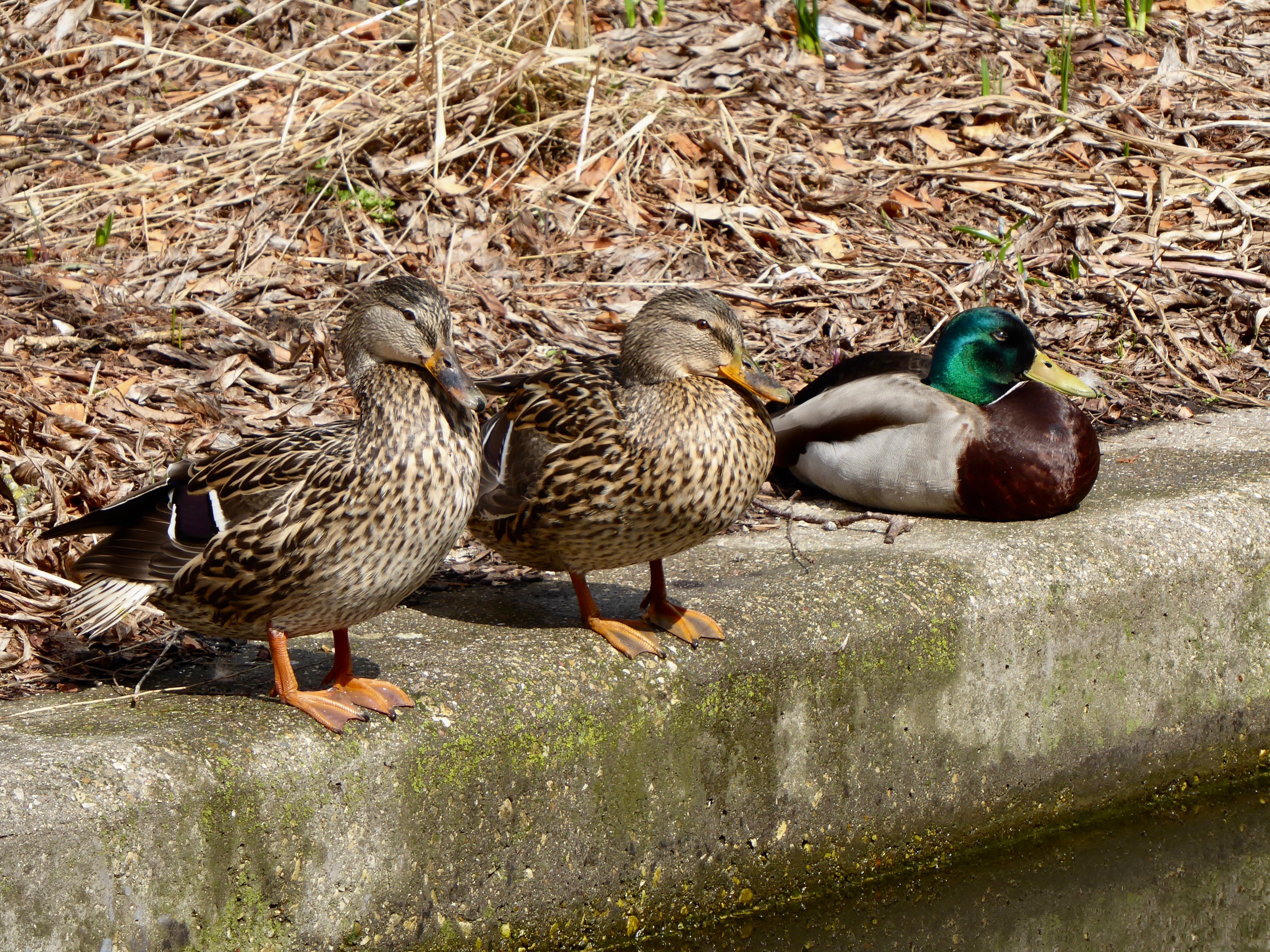 They still dabble, though we give them plenty of food to help make ducklings. 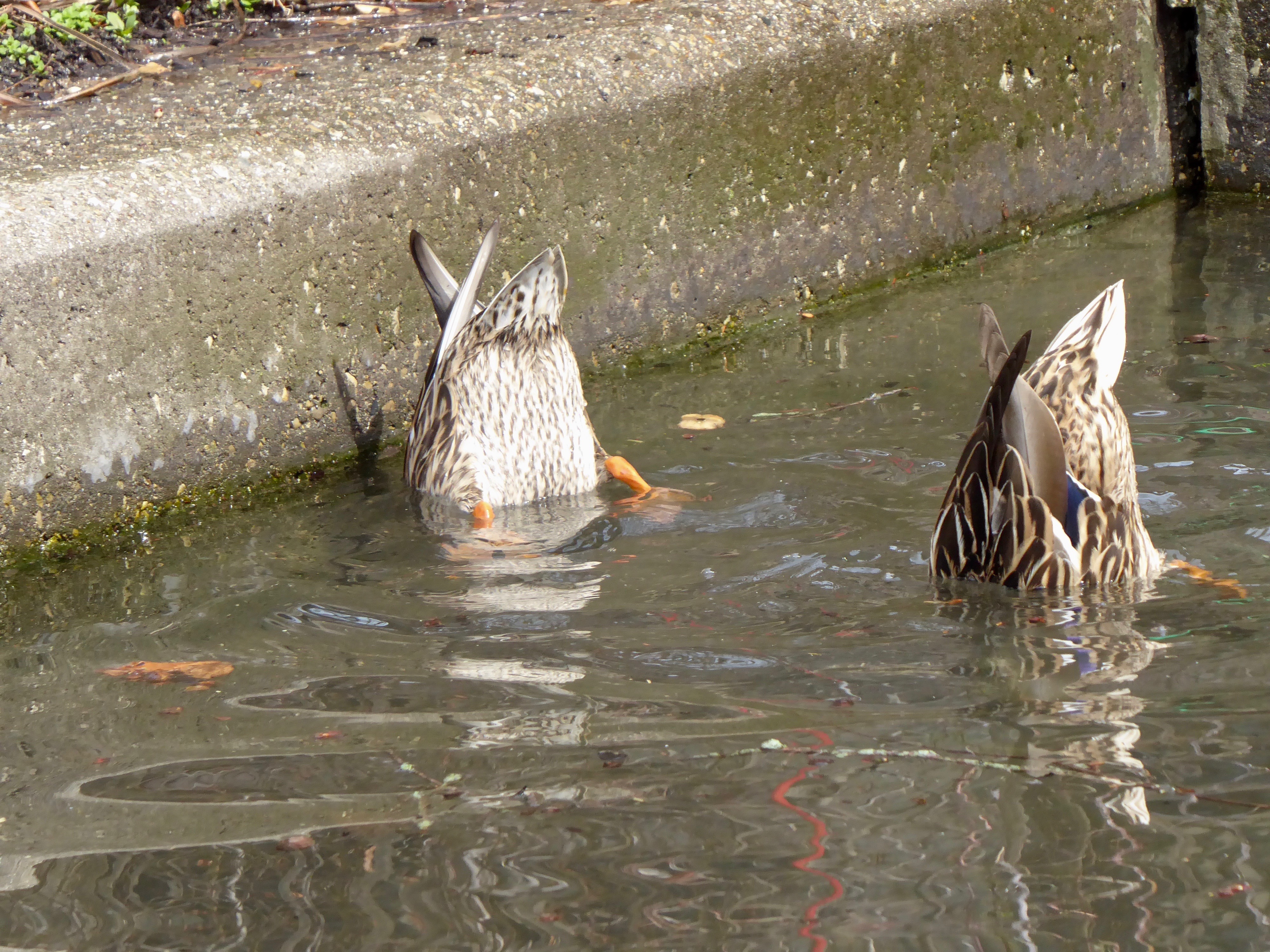 Here’s a video of Honey eating her meal of Mazuri Waterfowl Maintenance Chow. She also gets dried mealworms—the favorite snack of all my ducks.

The pellets are dry and require water to wash them down, so there’s plenty of drinking at mealtime: 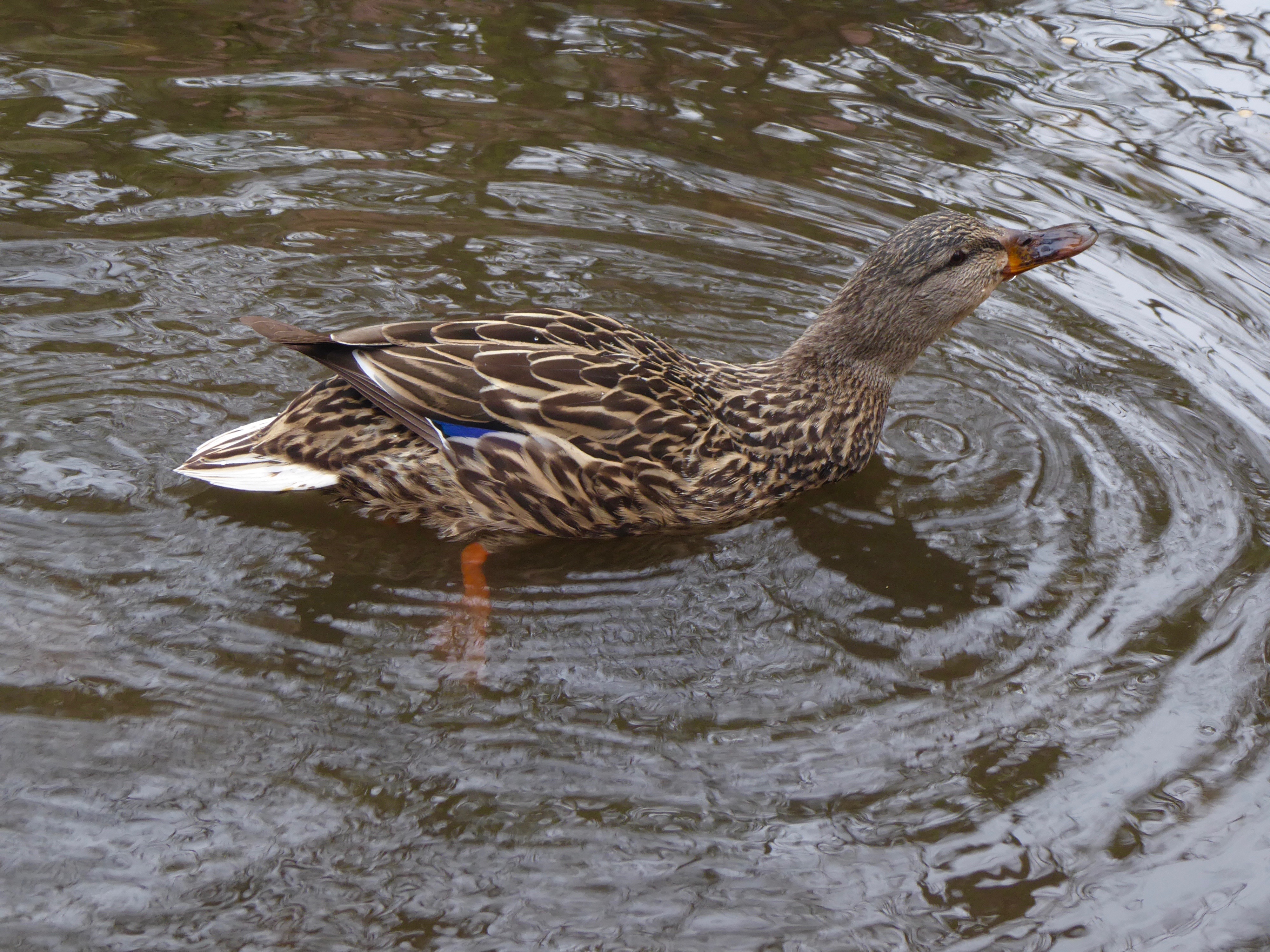 Immediately after a mid-incubation meal, the hens repair to the main pond and engage in a long (ca. 30-minute) bout of dunking, splashing, and preening, ensuring that their feathers are clean, well-oiled, and kept in good condition. Here are two videos of Honey preening after her lunch.

It goes on and on. . . these ducks are fastidious!

And some still photos of the preening process: 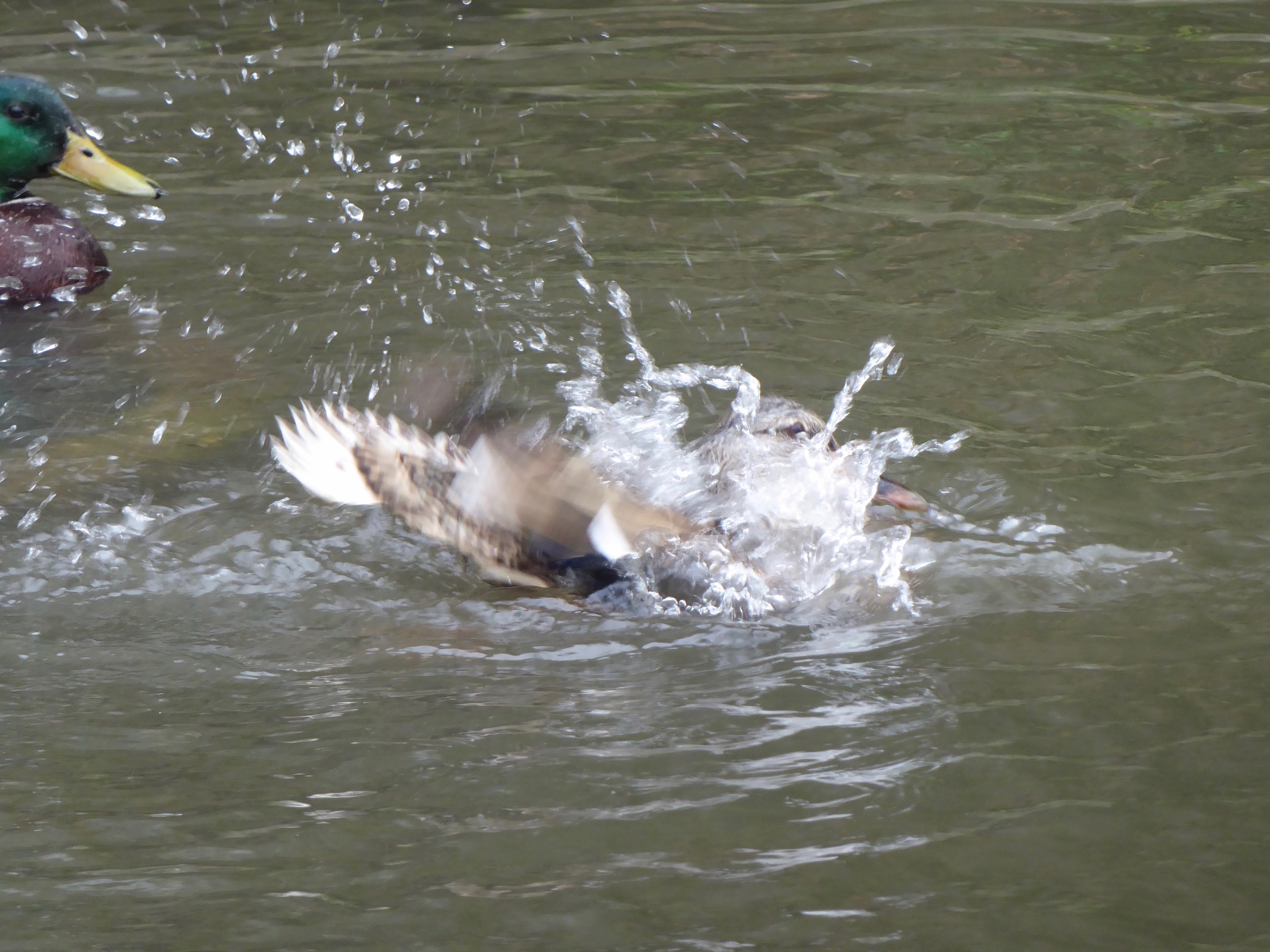 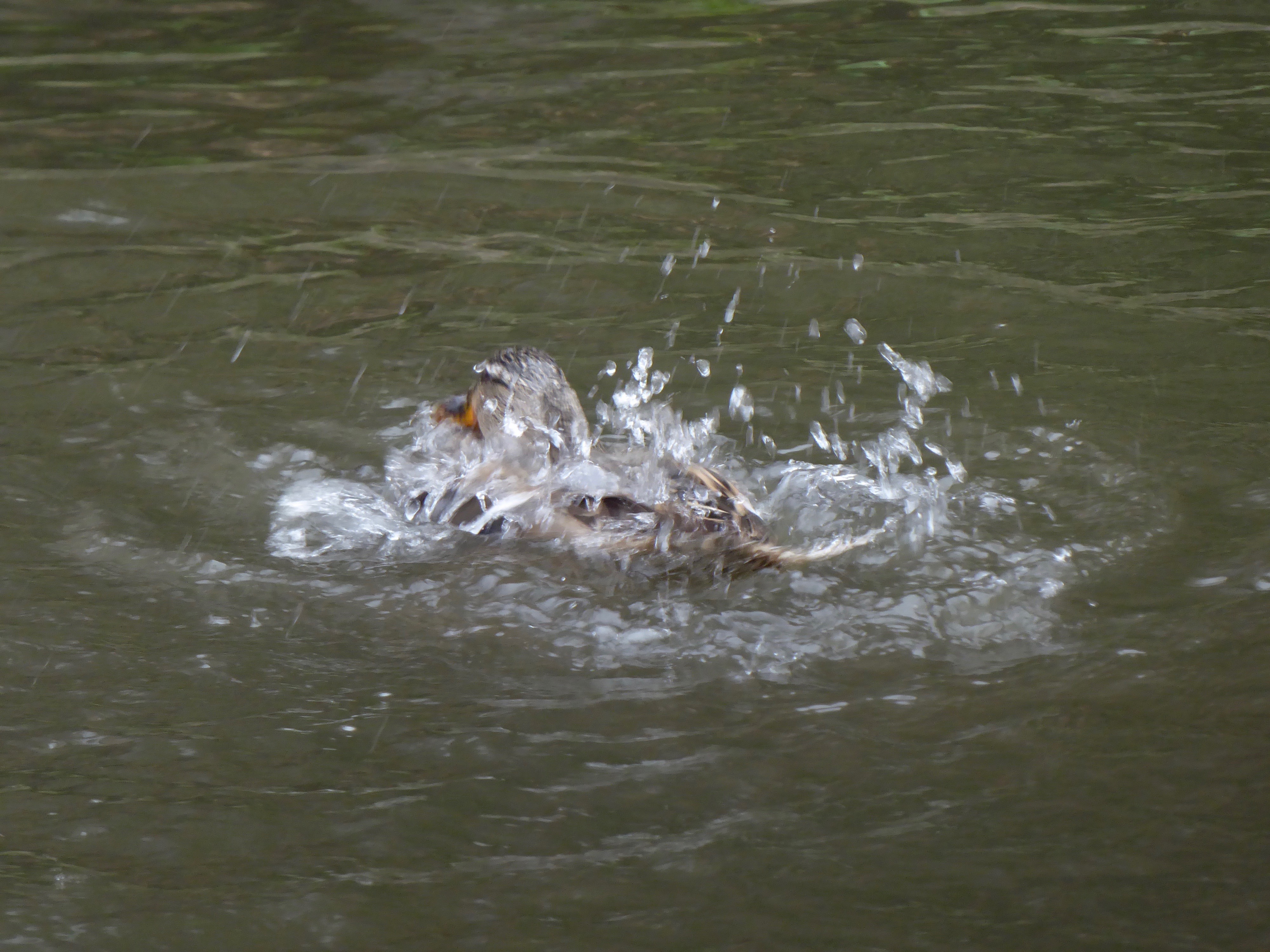 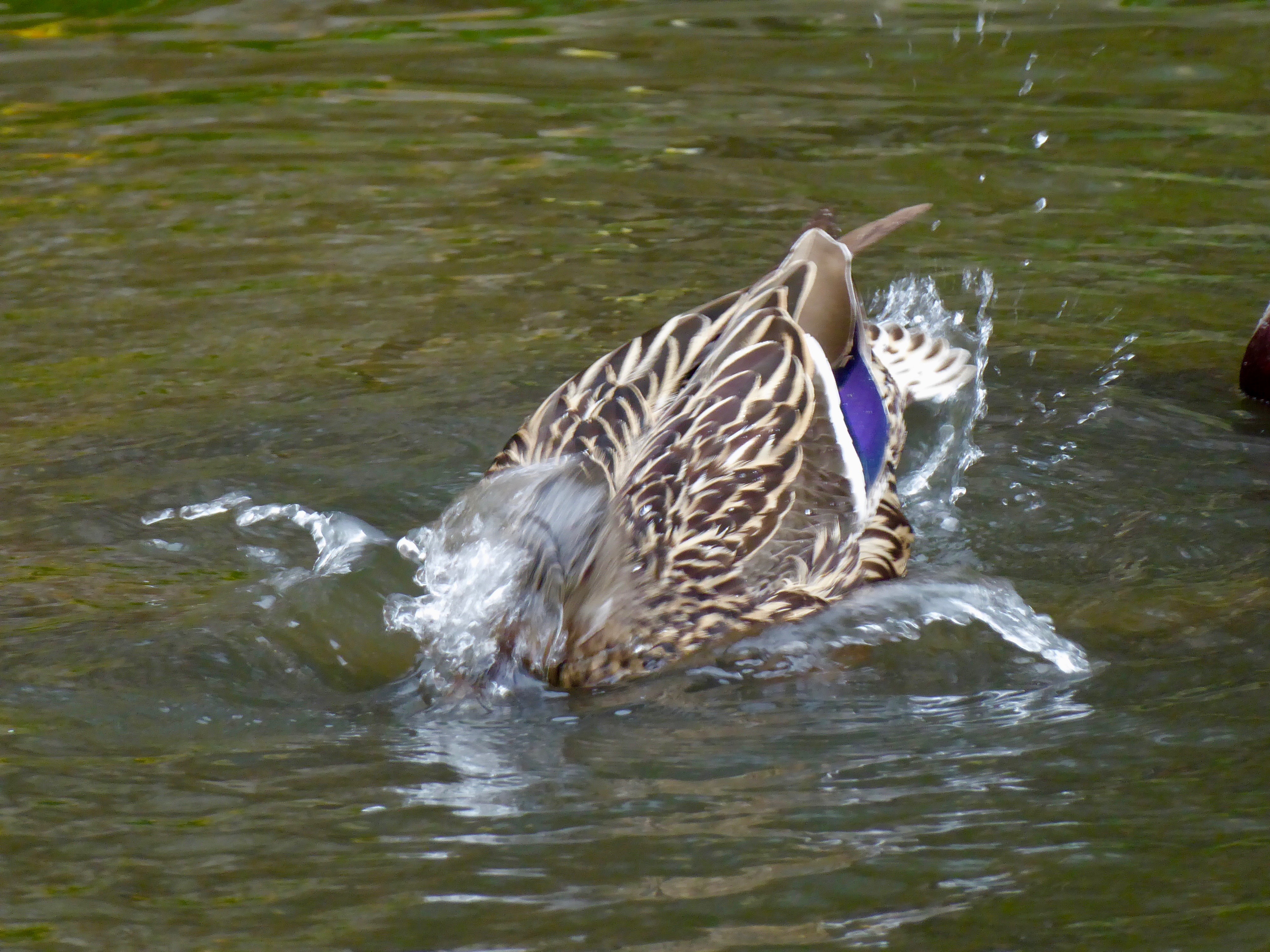 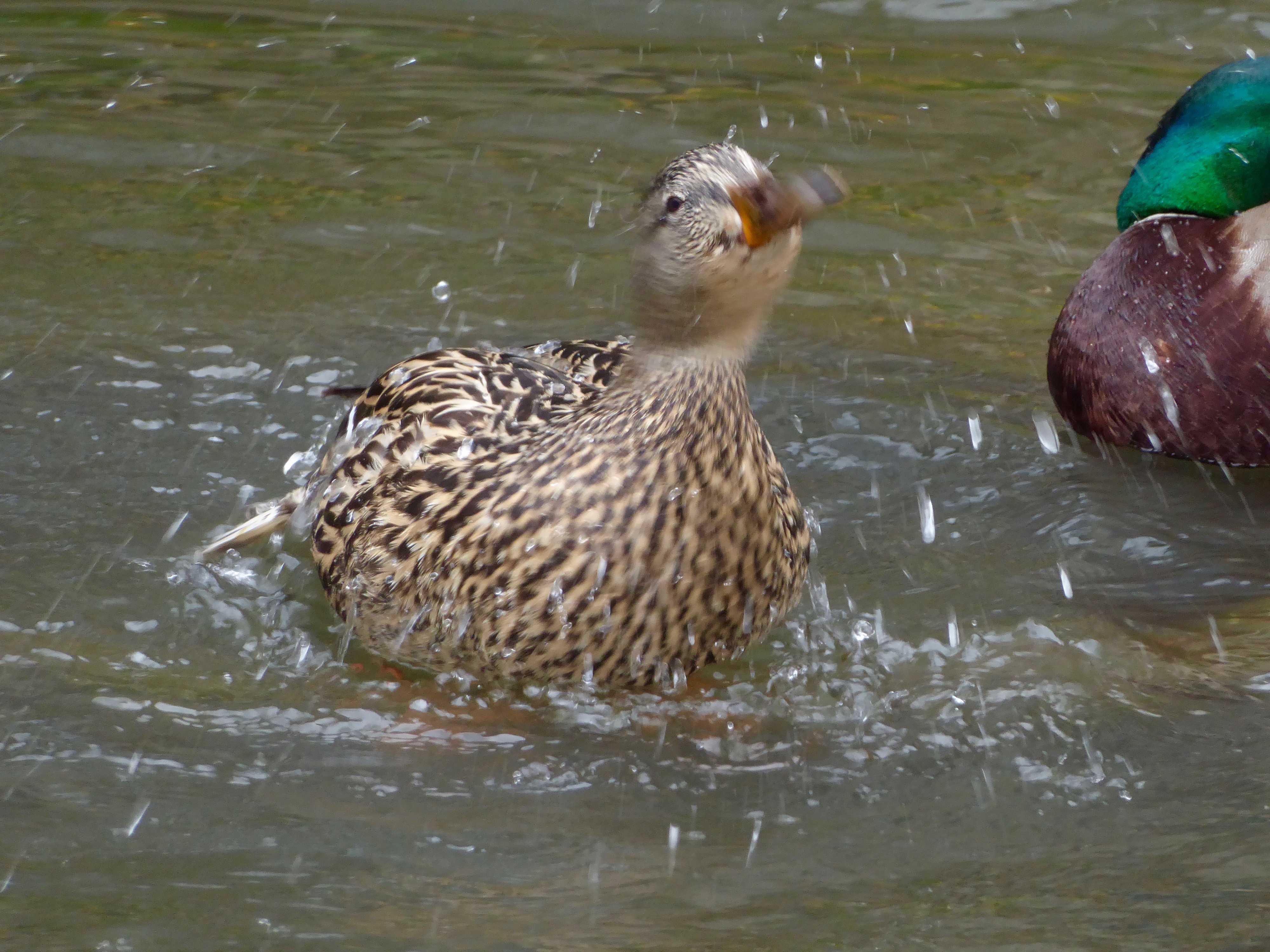 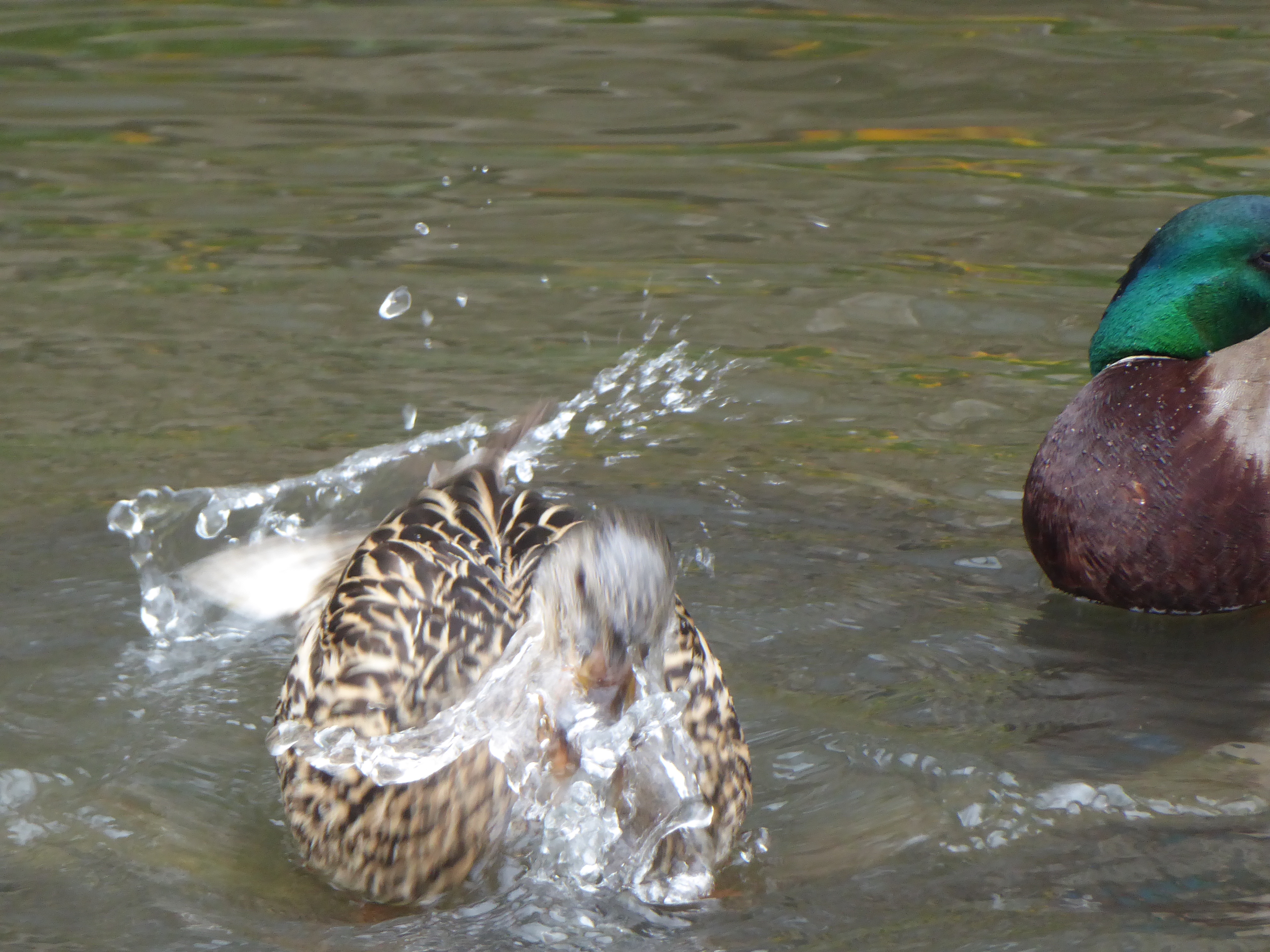 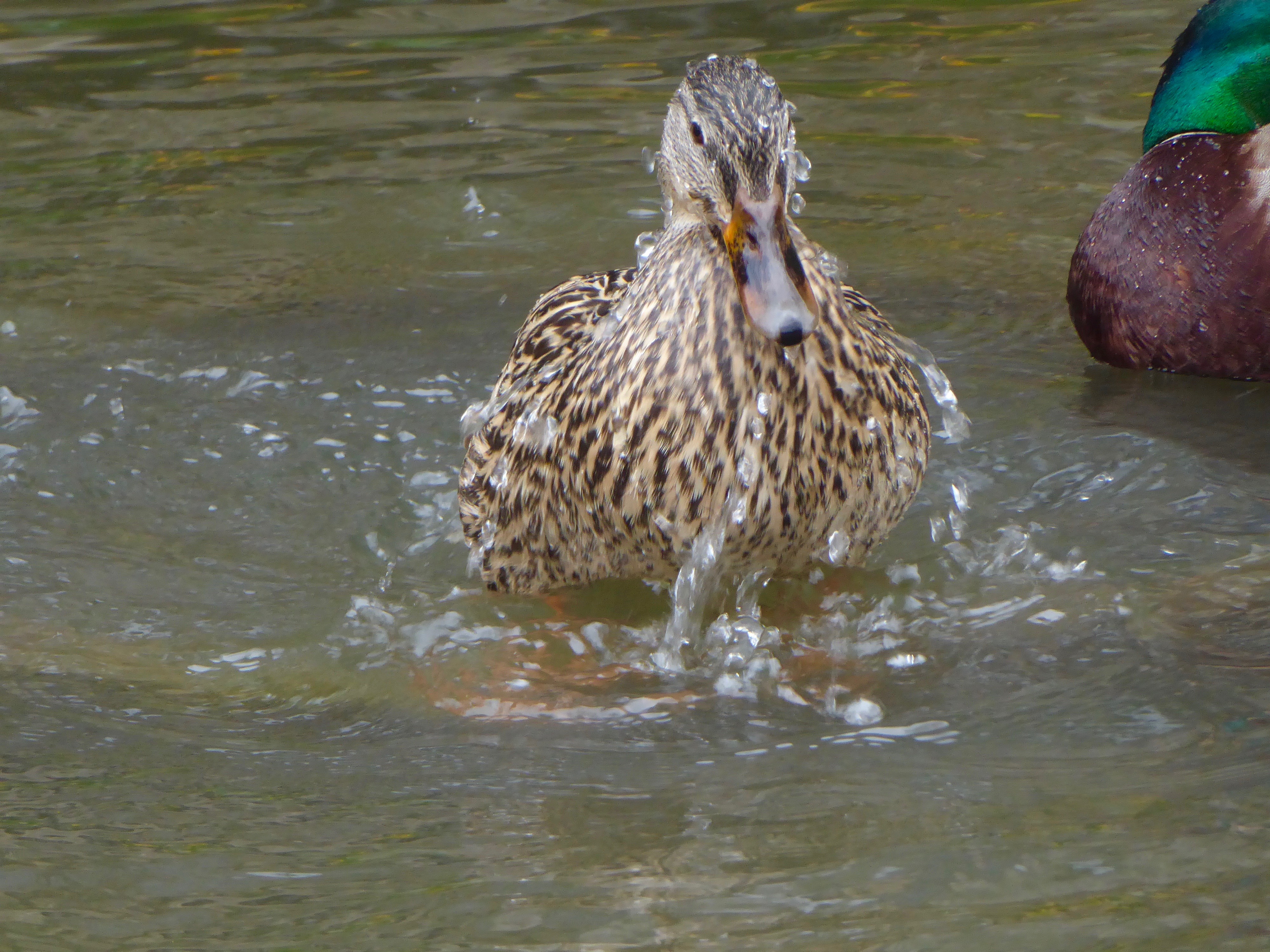 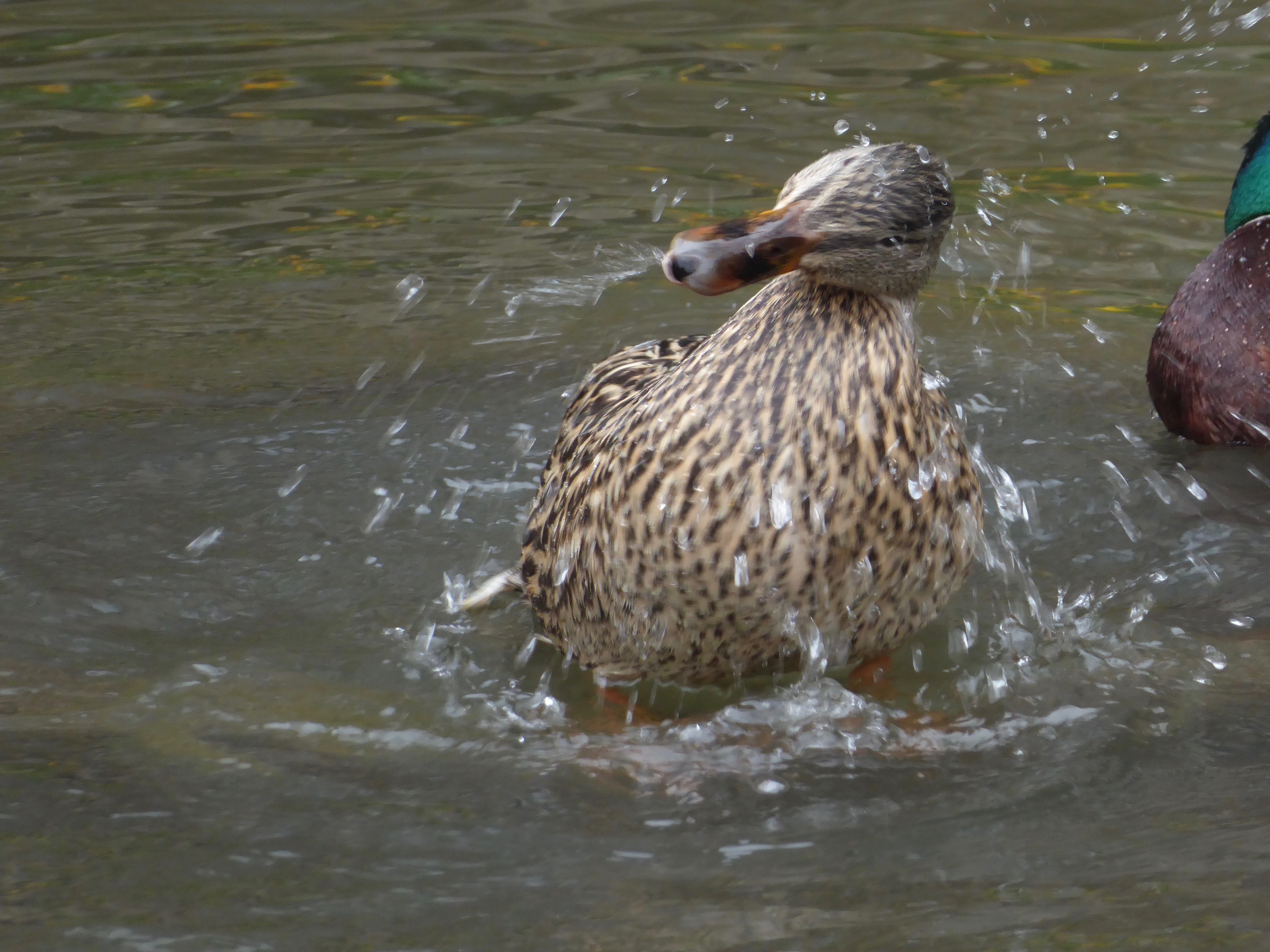 Each segment of a preening bout is following by some vigorous wing flapping: 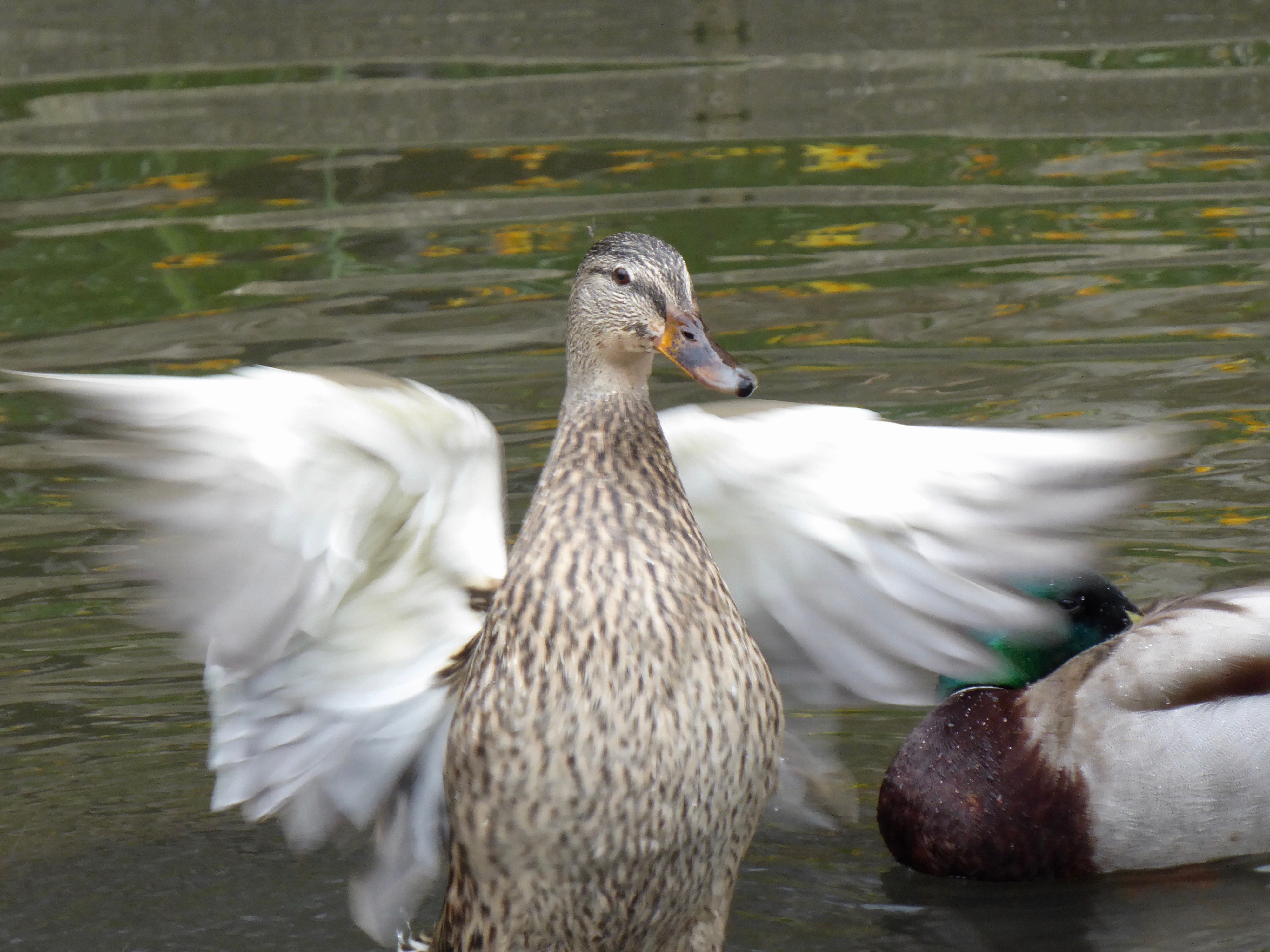 You have to watch the hens for a while to see them fly back to the nest; they’re usually down for between 45 minutes and an hour. But you can tell when they’re ready to fly back to their eggs: they get nervous, move their heads all around, and then fly up. Sometimes, though, as in this case, they fly a bit around the pond and land on the grass. I’m not sure why they do this, but eventually they fly up to the third floor windowsills, where the nests are. Here’s Honey having the “pre-flight jitters.”

Honey’s nest is on the third floor, second window from the right, but she likes to sit in a middle window before she goes back to the nest. She stays there for a short while, appearing to survey the pond. Can you see her? 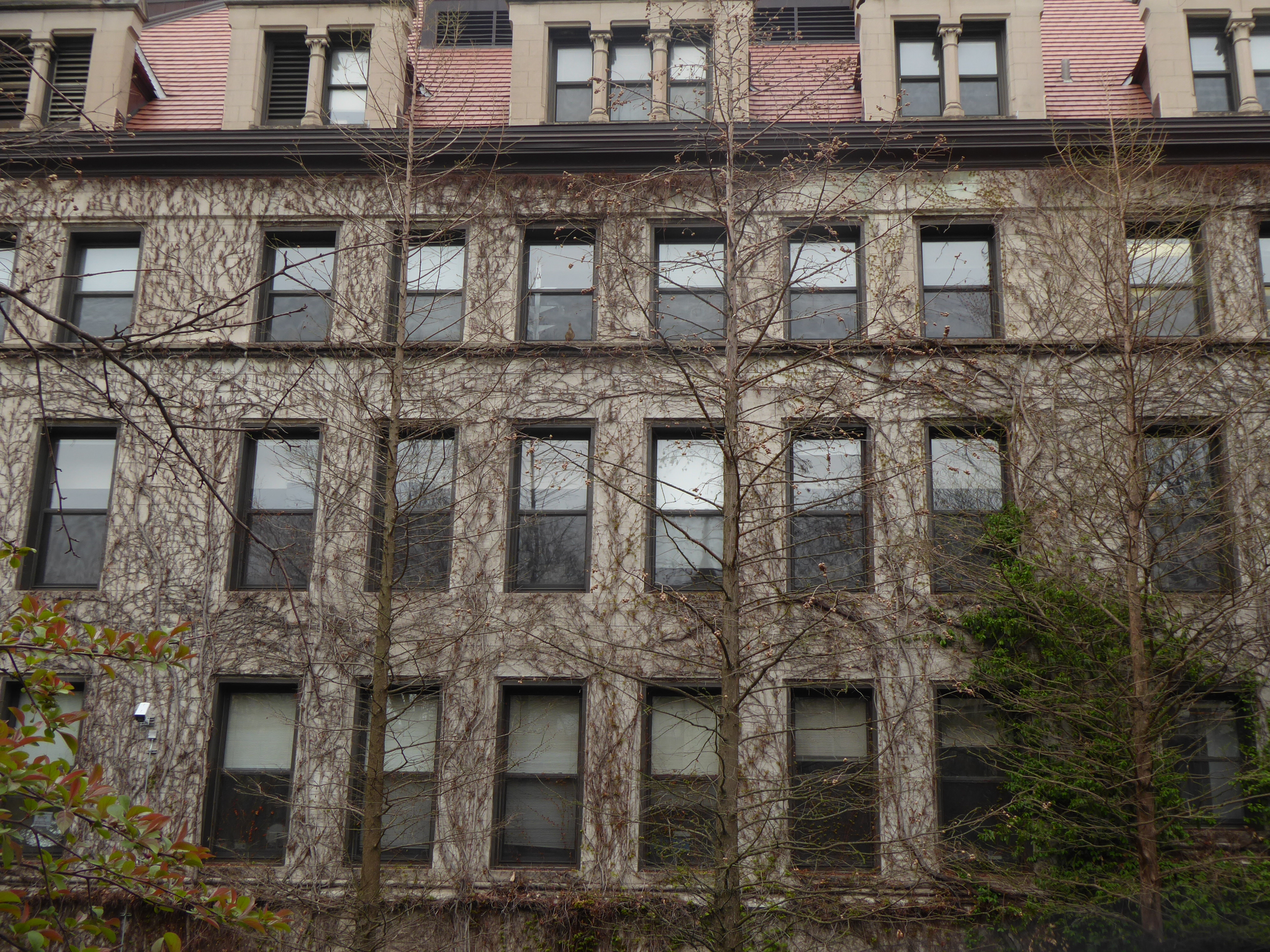 She always looks proud up on those windows. Proud and, as you can see, a bit chubby, laden with eggs and pre-eggs: 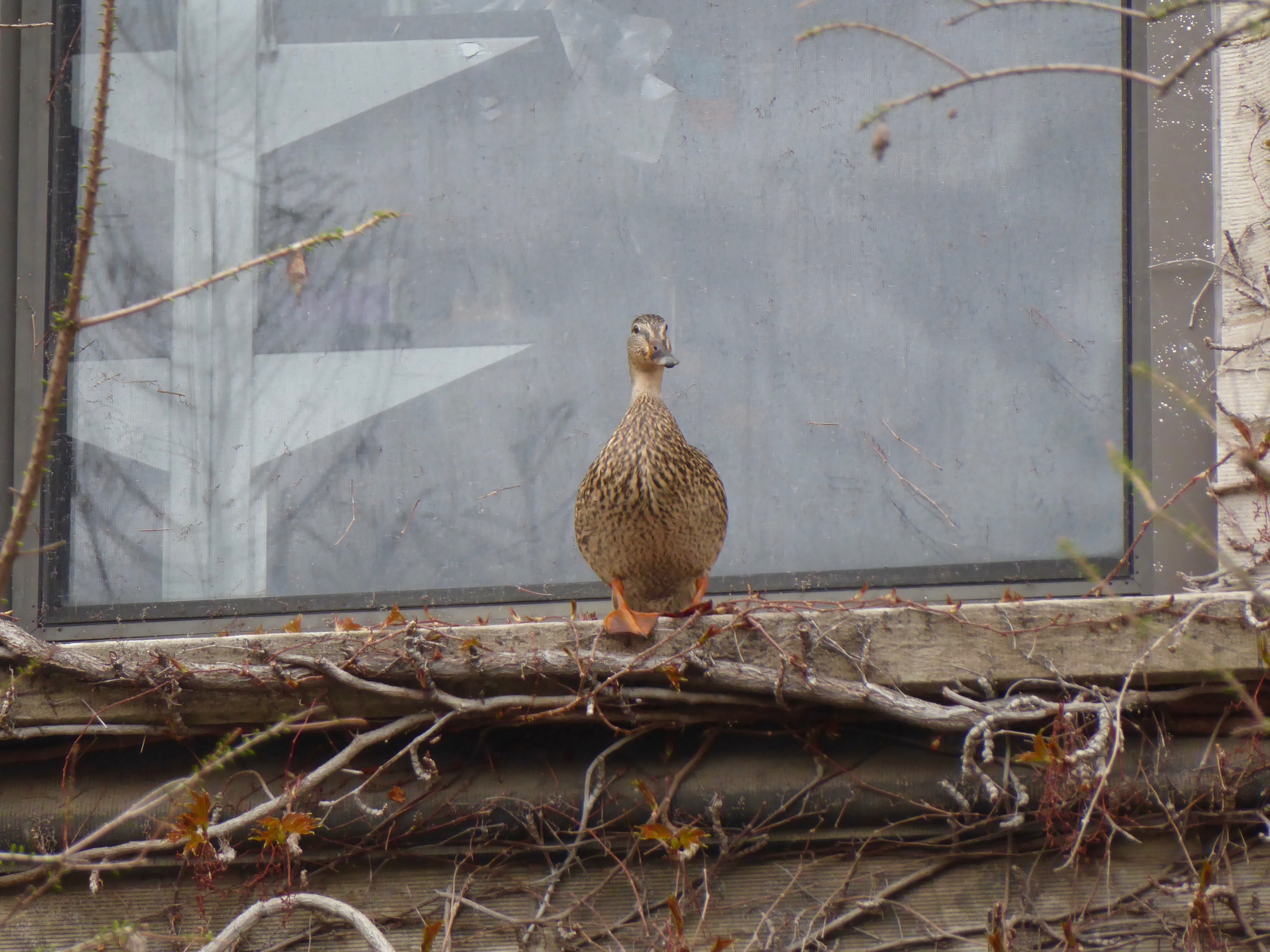 Finally she returns to her nest (below). We counted three visible eggs a few days ago, but I’m sure there are more. The nest is a saucer-shaped arrangement of twigs that the hens soften by pulling feathers out of their breasts, so the entire nest is lined with a thick layer of soft down. You see that we’ve put a piece of cardboard in the window to keep people from disturbing her. (Dorothy’s nest is on a window ledge with a wall right behind it, so we can’t get a view of her arrangements.) I’ll try to count the eggs when she’s next down on the pond. 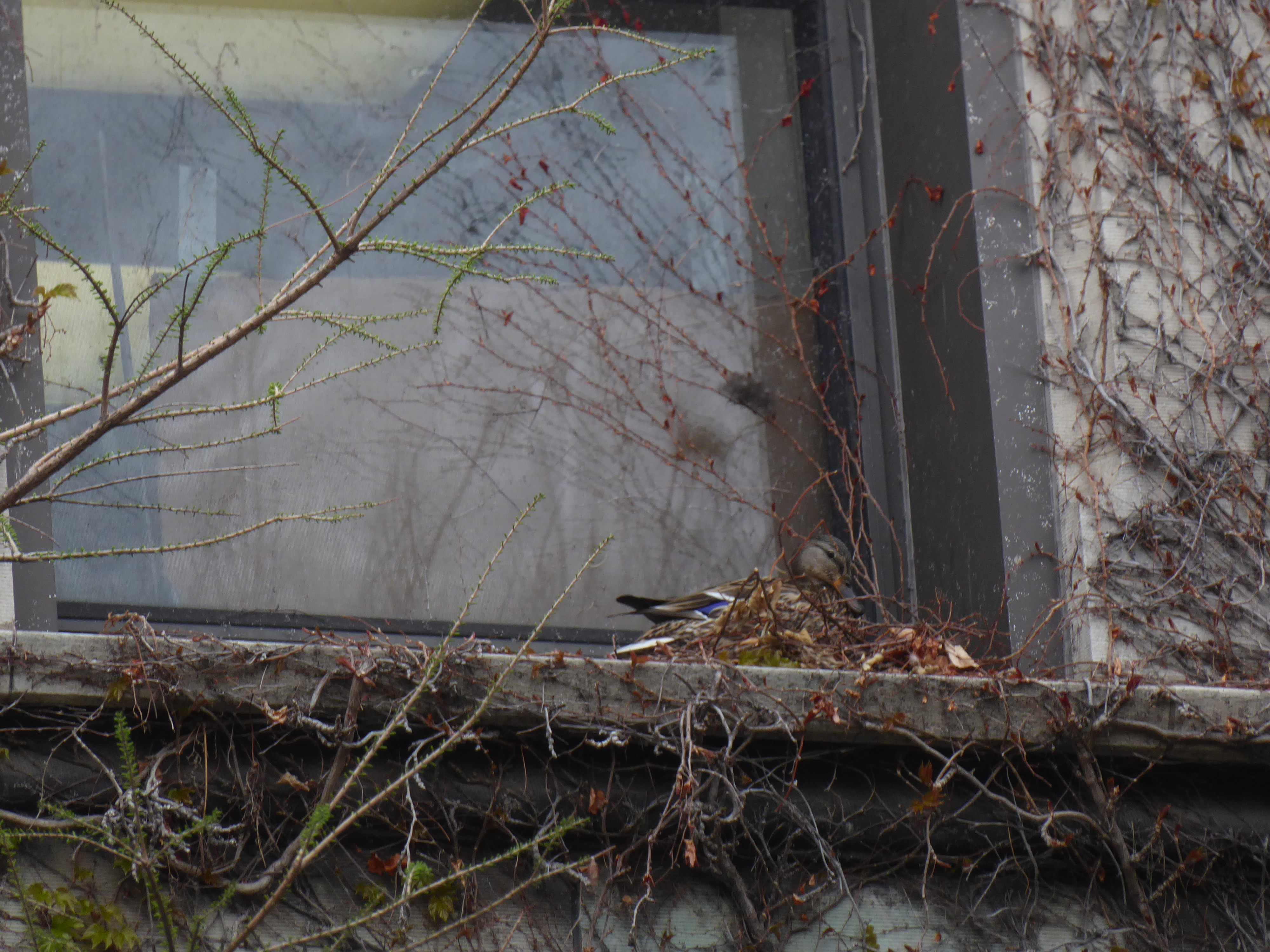