Today’s Google Doodle (click on screenshot) celebrates Johannes Gutenberg (ca. 1400-Feb. 3, 1468), inventor of the mechanical printing press with moveable metal type and oil-based inks. Although of course someone else would have invented it later, his creation was one of the most consequential inventions of all time. Today marks the 21st anniversary of Mainz’s Gutenberg Museum presenting a retrospective of the man’s life.

When Honey was refreshing herself with food and water on the pond for an hour yesterday, I took the opportunity to peek at her nest on the third-floor window ledge. Two eggs are visible (circled), and the nest has been improved, with more sticks and a better circular layout. But there are surely more eggs than we saw, as we counted three last Friday, and several must be buried in the down. (She plucks that down from her breast to line the nest. Isn’t that a good example of kin selection?) I predict hatching around May 5, as we don’t know if Honey’s finished laying. We can’t see Dorothy’s nest as it’s on a windowledge behind a sealed wall. 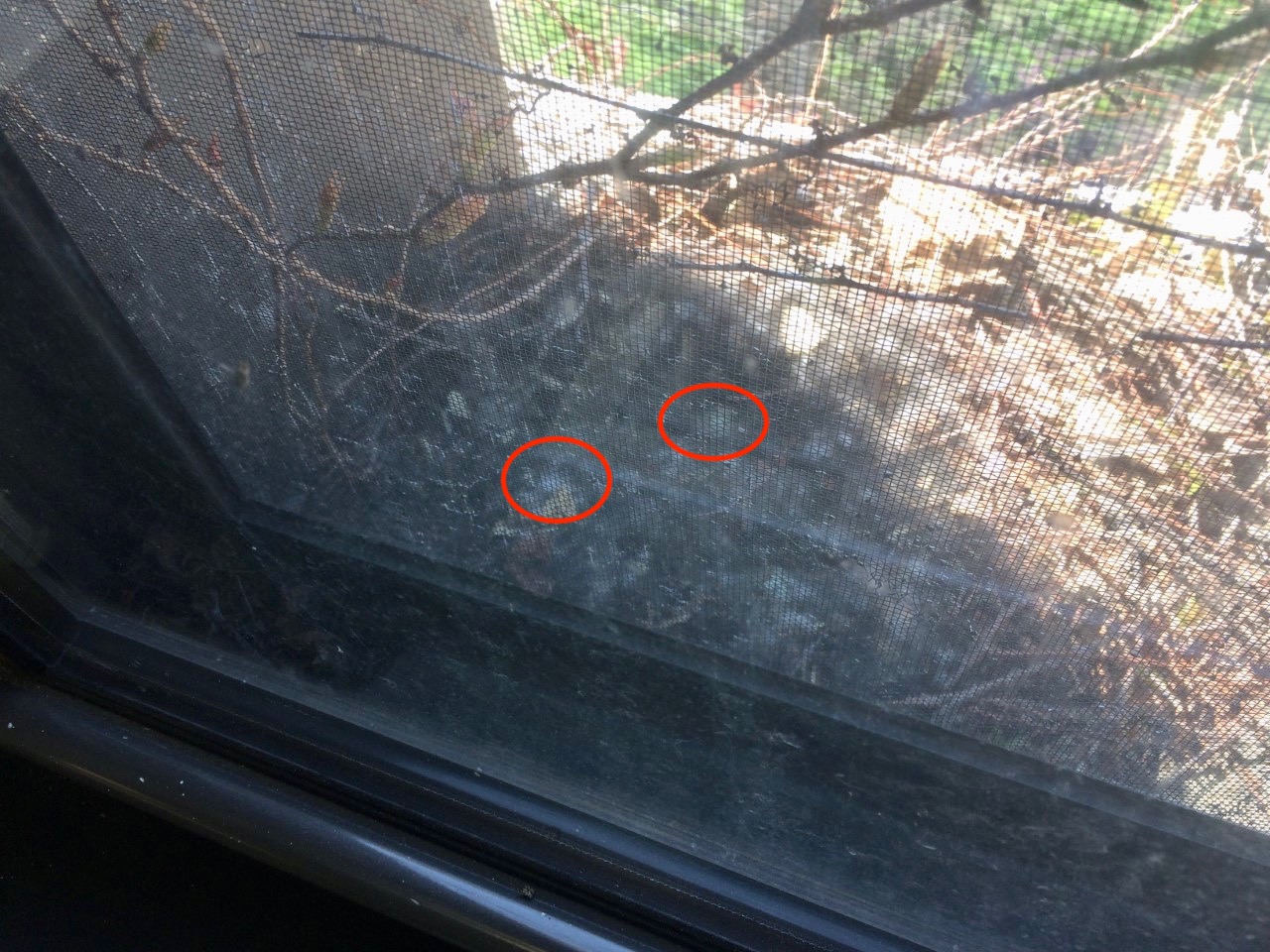 According to the Associated Press, the white cop who killed Daunte Wright, supposedly mistaking a gun for a taser, has resigned from the force, and the police chief of the town, Brooklyn Center, Minnesota, has also resigned. The screwup was Kim Potter, a 20-year veteran of the force, and they haven’t yet decided whether to charge her with a crime. There will of course be a civil suit. And the looting and rioting in the town has continued.

Well, twenty years after 9/11 and our incursion into Afghanistan, the whole bloody show is finally ending. Joe Biden has announced that by 9/11/2021, all U.S. troops will be out of that country. But I feel sorry for the Afghanis, as the article notes:

A new intelligence report released Tuesday offered a grim assessment of Afghanistan and the prospects for peace. American intelligence agencies assessed that a peace deal was unlikely in the next year, and that the Taliban would make battlefield gains.

“The Afghan government will struggle to hold the Taliban at bay if the coalition withdraws support,” the report said.

We lost this one, I’m afraid. The Taliban will take over, which was what we were trying to prevent. Afghani women will be brutally controlled and oppressed.  But it’s time to cut our losses, as there’s little we can do to help the country.

It’s no secret that I dislike the “squad” of four Democratic representatives, as I think they’re arrogant and also anti-Semitic. I guess Nancy Pelosi shares my feelings, at least according to a report about her new biography in HuffPost. The excerpt is short:

Axios received excerpts of Susan Page’s “Madam Speaker: Nancy Pelosi And The Lessons of Power,” and wrote on Monday:

“Pelosi unloads on the Squad, at one point adopting a child-like voice when discussing Rep. Alexandria Ocasio-Cortez, and offers the squad this blunt advice: “You’re not a one-person show. This is the Congress of the United States.”

Though Anthony Bourdain is no longer with us, he has a new book coming out,  a travel guide largely compiled by his long-time associate Laurie Woolever. The NYT gave it a lukewarm review, but I may have a look at it anyway. Like nearly everyone, and like all food lovers, I was a big fan of Bourdain, and his suicide was a real shocker. It just goes to show that you can never tell . .

Stuff that happened on April 14 includes:

Here’s an illustration from April, 1561, of what was supposedly seen. My guess is that it was a sundog; I put a picture of one below the drawing:

Photo of sundog taken by Martine Male in Yellowknife, Canada in September 2018: 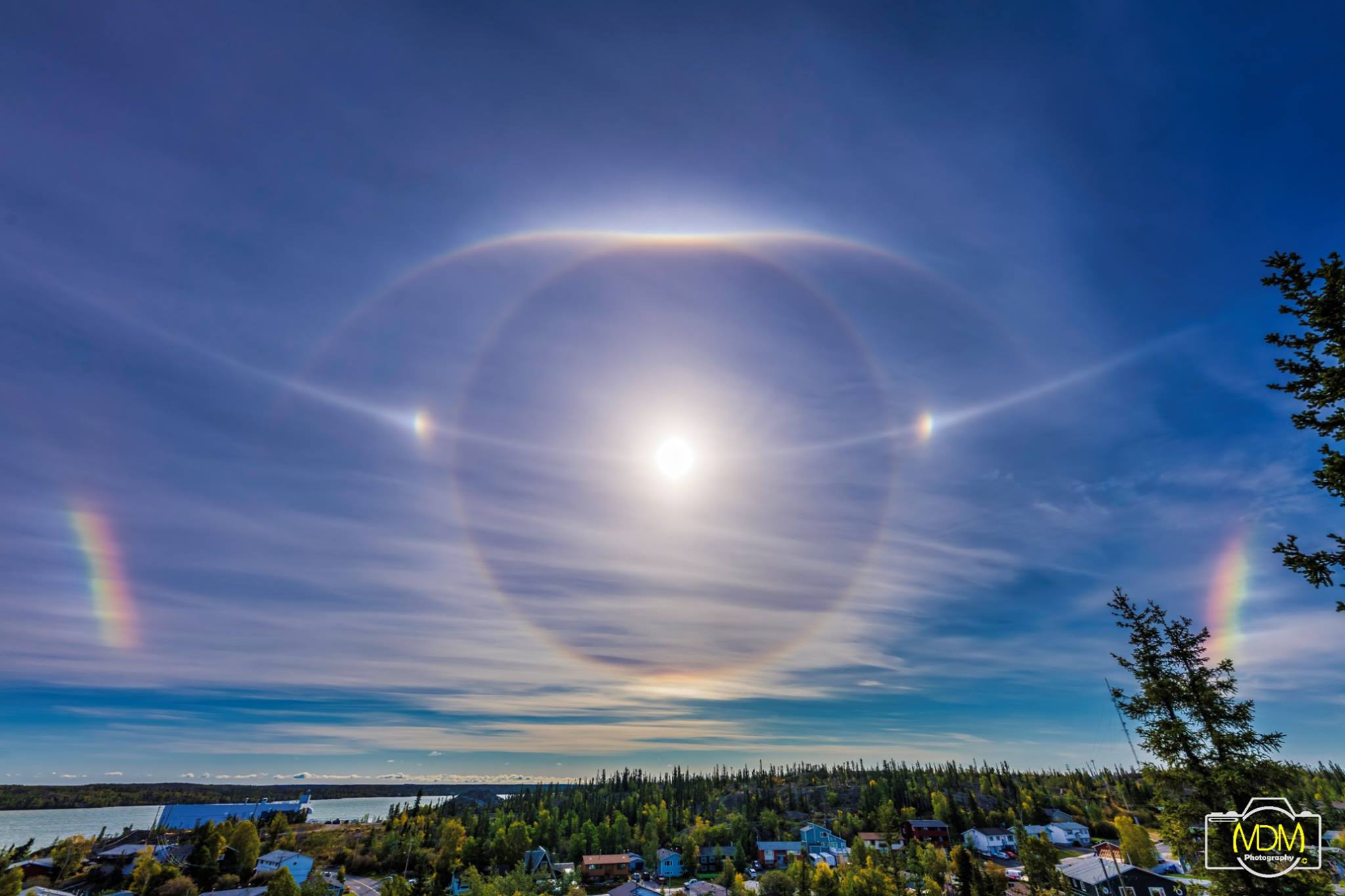 Here’s the only known photo of the dead President:

When the assassinated president was laid out in his coffin in the rotunda of New York’s City Hall for a viewing attended by 120,000 people on April 24, 1865, his widow, Mary Todd Lincoln, explicitly banned shutterbugs to preserve the privacy of the solemn moment. But Brig. Gen. E.D. Townsend, who attended the viewing, let a local photographer take a picture of the slain Lincoln.

Just before the doors opened to the public, photographer Jeremiah Gurney Jr. and his assistants were allowed to come in and set up their equipment and take a daguerreotype photo of the solemn moment. 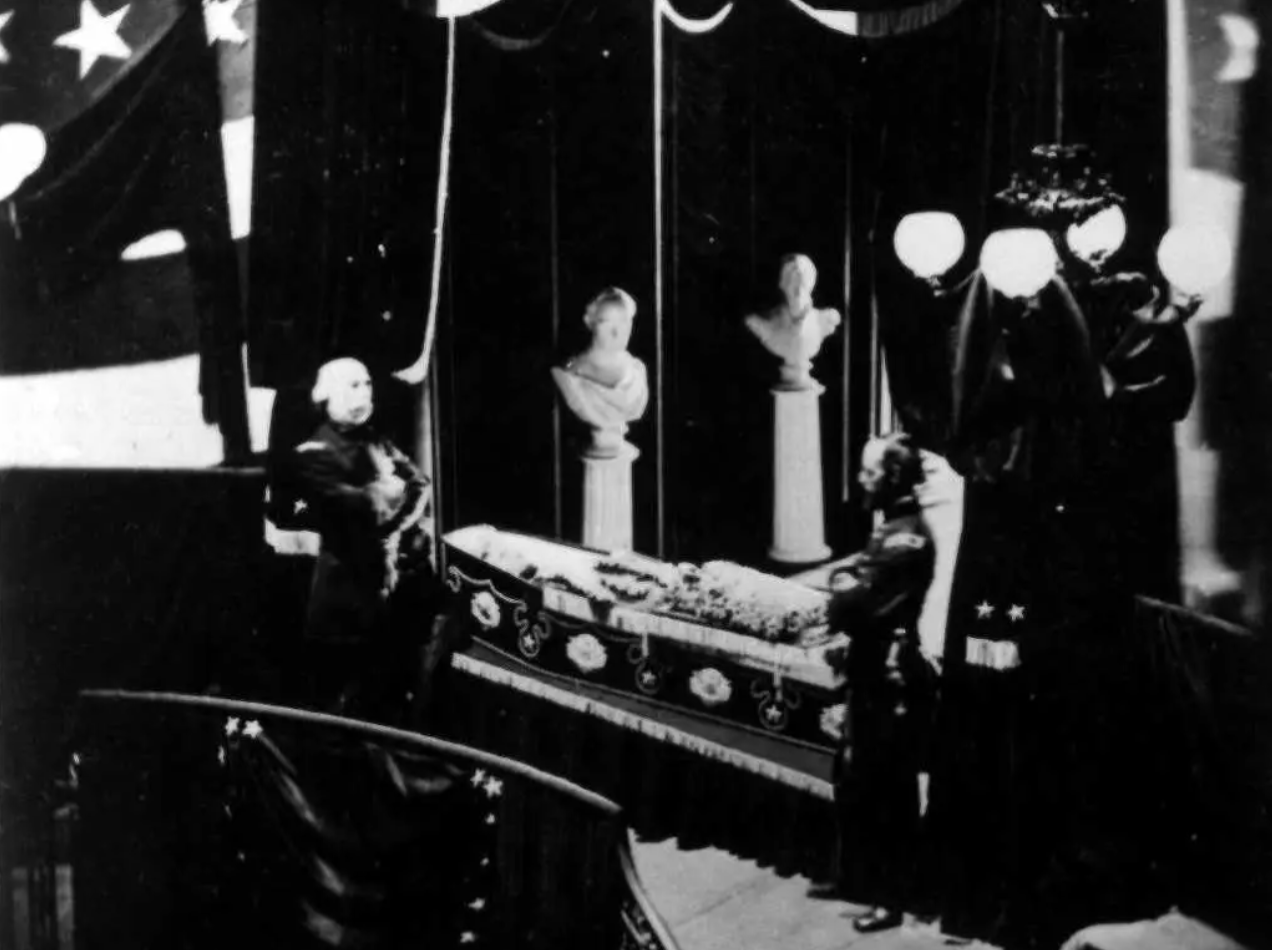 Now that is worth reading about; see the link.

Here are six minutes of underwater footage of the wrecked and ruined ship:

Here’s what purports to be a film of that hailstorm in Bangladesh:

Odd that it happened on April 14, same as Bangladesh. Here’s a two-minute documentary of the half-hour hailstorm in Sydney:

Sullivan, who was largely blind, is of course most famous for teaching Helen Keller how to communicate. Here they are in 1899 with Keller on the left—in a photo taken by Alexander Graham Bell. After meeting, they were together almost their entire lives, and when Sullivan died in 1936, Keller was holding her hand. 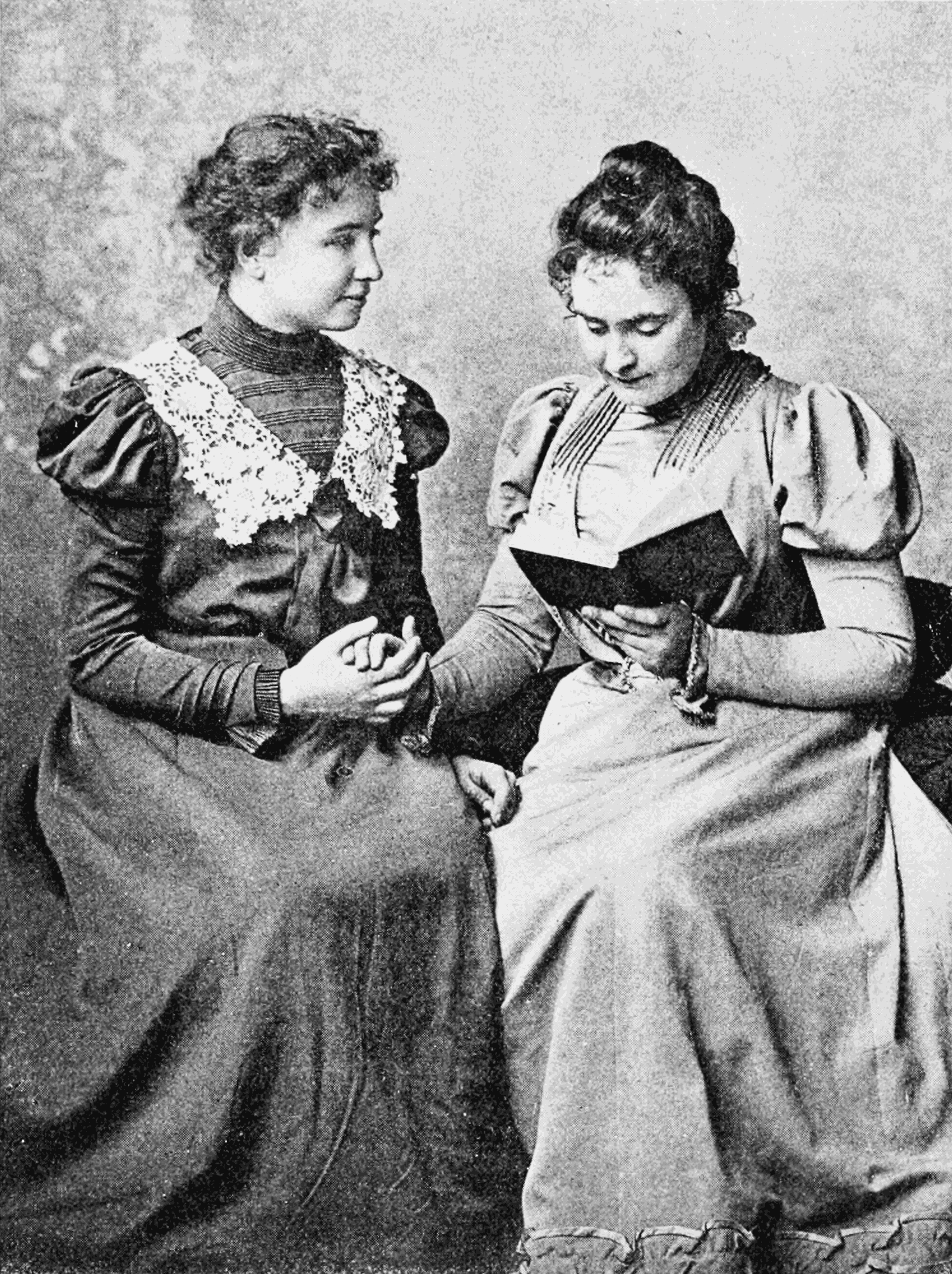 Here’s the famous scene from the 1962 movie “The Miracle Worker“,  in which Keller, played by Patty Duke, learns that objects (in this case water) have names. Sullivan is played by Anne Bancroft, and both won Oscars for their performances.  This is a fantastic scene, illustrating Keller’s own biography:

Keller’s breakthrough in communication came the next month when she realized that the motions her teacher was making on the palm of her hand, while running cool water over her other hand, symbolized the idea of “water”. Writing in her autobiography, The Story of My Life, Keller recalled the moment: “I stood still, my whole attention fixed upon the motions of her fingers. Suddenly I felt a misty consciousness as of something forgotten — a thrill of returning thought; and somehow the mystery of language was revealed to me. I knew then that w-a-t-e-r meant the wonderful cool something that was flowing over my hand. The living word awakened my soul, gave it light, hope, set it free!” Keller then nearly exhausted Sullivan, demanding the names of all the other familiar objects in her world. 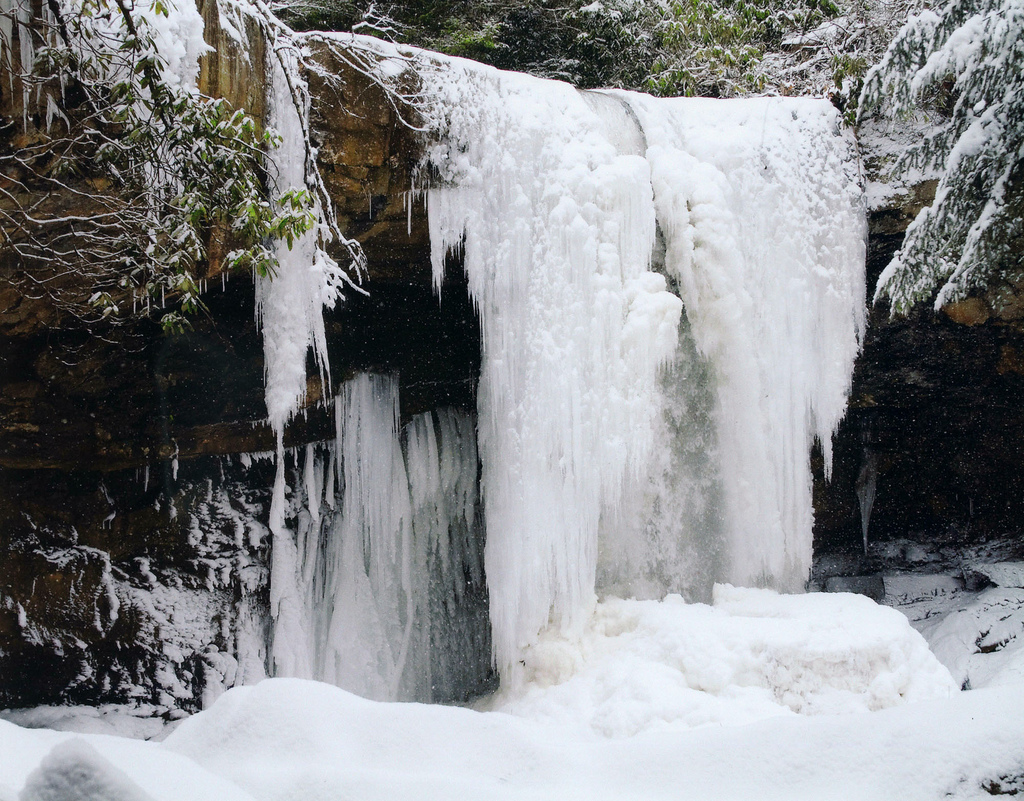 Those who garnered their Final Reward on April 14 include:

Here’s Burl Ives as Big Daddy complaining about mendacity from “Cat on a Hot Tin Roof”.

Empathy is a feeling you have towards somebody else – you can’t have it towards yourself. That’s why Andrzej says that Hili mixed up something or misunderstood the word empathy. But Hili is adamant that she is right. What she probably feels is a mixture of pride, satisfaction and self-pity.

Hili: I feel a deep empathy.
A: With whom?
Hili: With myself.
A: You mixed up something.
Hili: I know what I’m talking about. 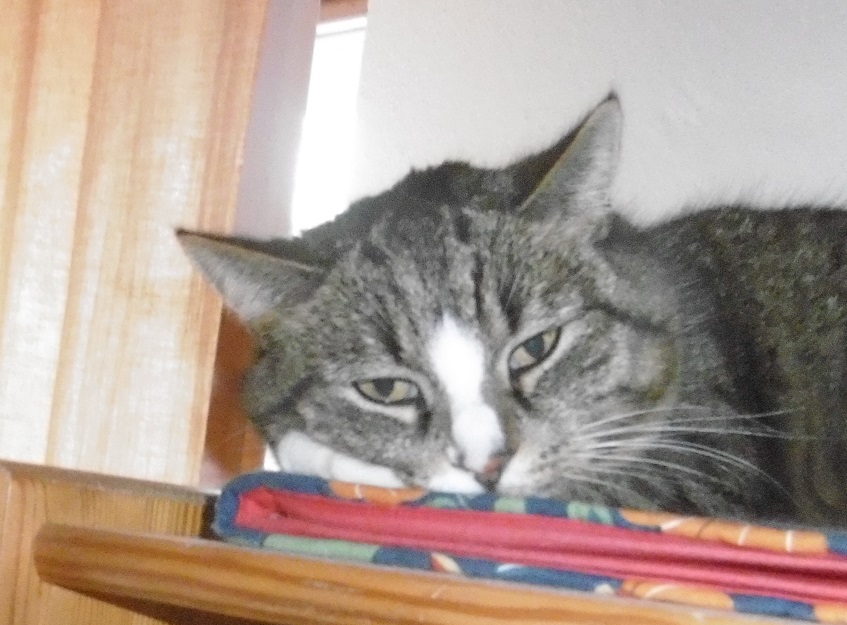 And here is Szaron, who now sports a flea and tick collar: 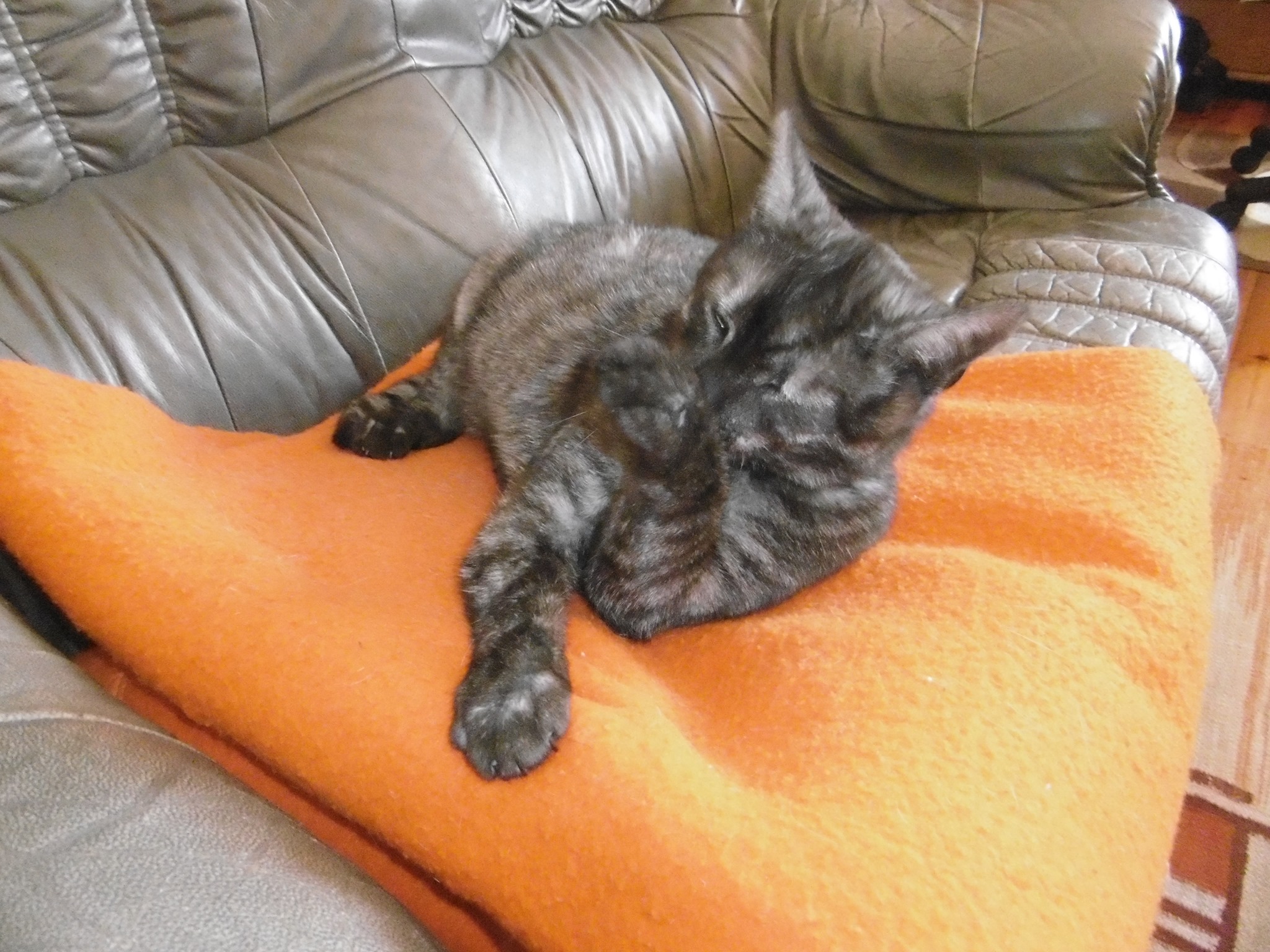 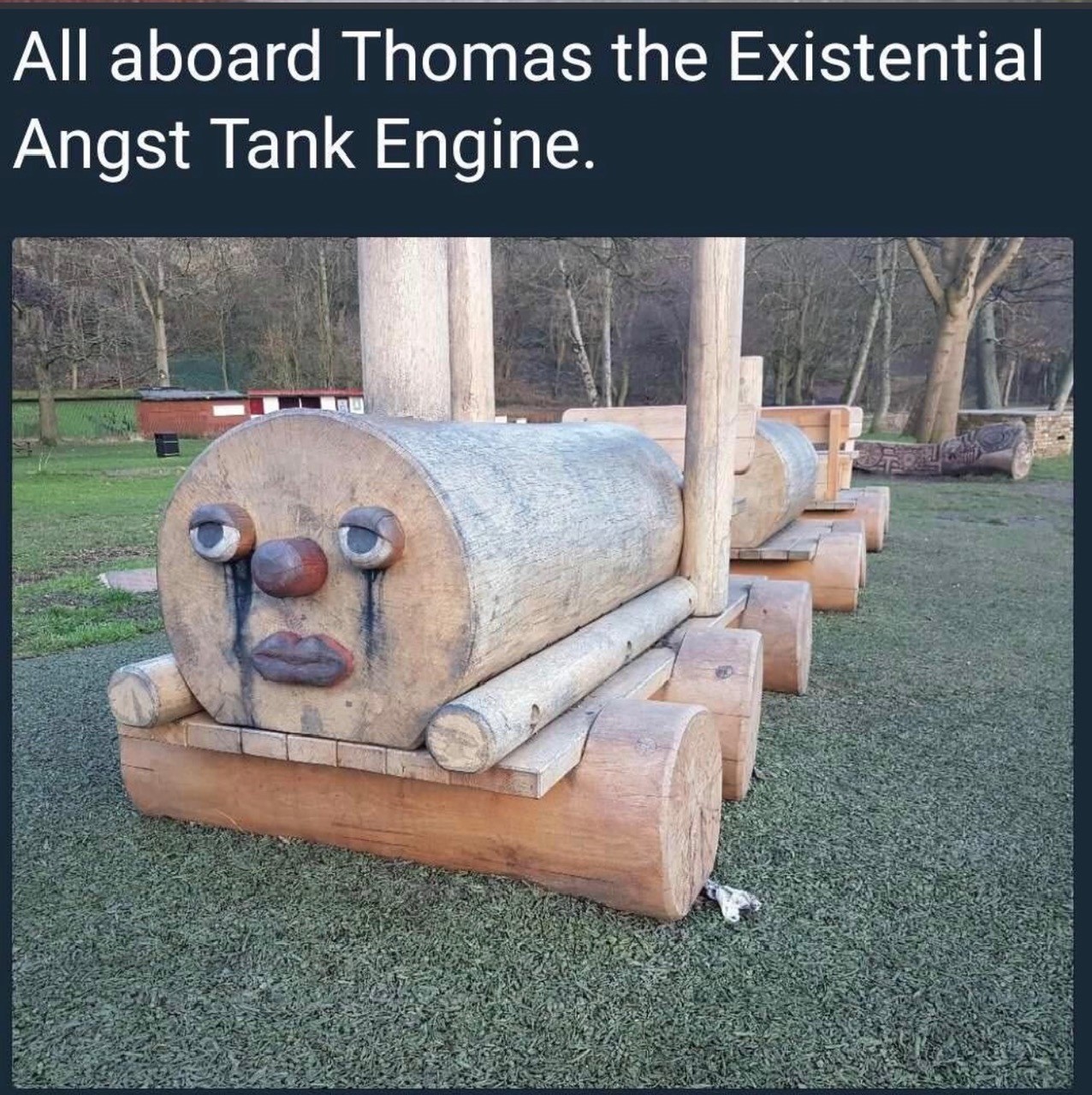 From Not Another Science Cat’s Page: 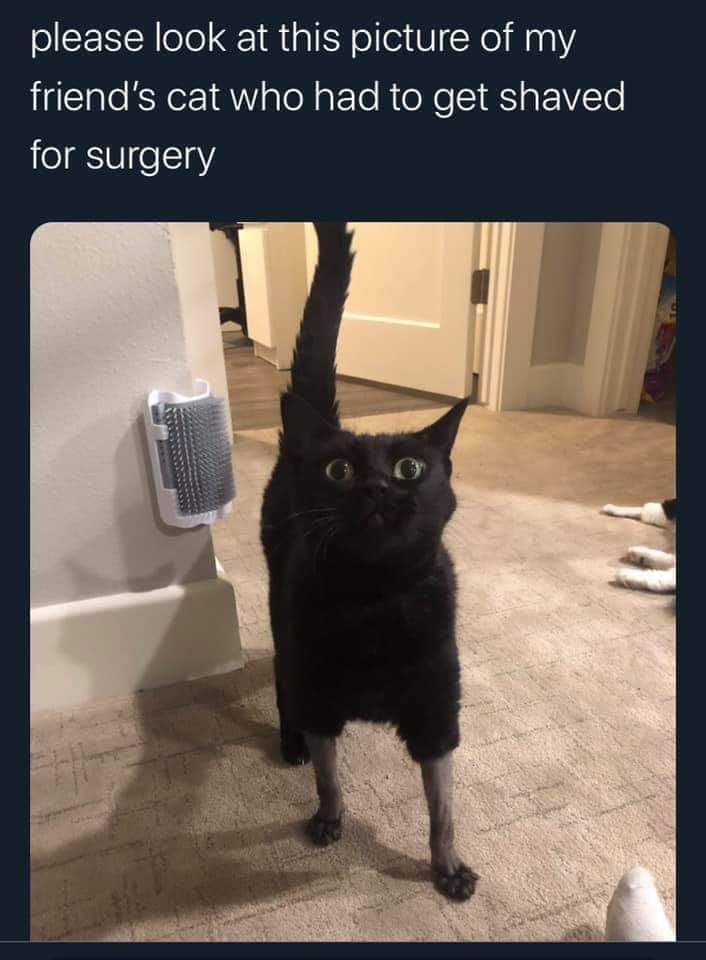 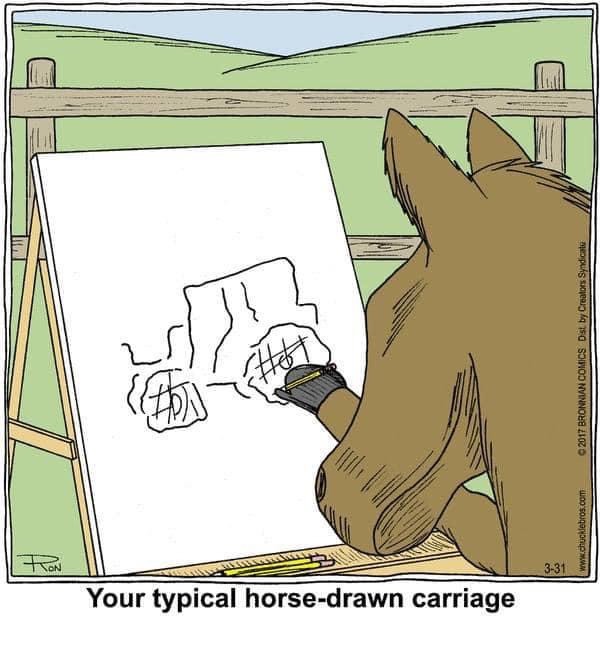 Regardless of the outcome of the investigation of the shooting of Daunte Wright, Rashida Tlab’s claim that we get rid of all the cops and all the jails is ridiculous. She’s also prejudged the Daunte Wright case as “government funded murder.”

It wasn't an accident. Policing in our country is inherently & intentionally racist.

Daunte Wright was met with aggression & violence. I am done with those who condone government funded murder.

No more policing, incarceration, and militarization. It can't be reformed.

From Simon: Another video of a man playing piano for an elephant:

(But if you’ve already seen a lady playing the piano for an elephant in a river today then today just keep on scrolling.) pic.twitter.com/Usgb7ECDyk

Tweets from Matthew. First, the awesomeness of one of Matthew’s favorite animals, the capybara:

Below: Holyoake was a famous early rationalist, and you can read more about him here. A bit from Wikipedia about his blasphemy, and I’ll add that Holyoake spent six months in prison for this act:

In 1842, Holyoake became one of the last persons convicted for blasphemy in a public lecture, held in April 1842 at the Cheltenham Mechanics’ Institute, though this had no theological character and the incriminating words were merely a reply to a question addressed to him from the body of the meeting.

#OnThisDay in 1817, #Secularism founder Geo Holyoake was born. Cut off by his parents when convicted of blasphemy, his mother relented & in 1853 wrote "I have not forgotten that today is your birthday." @NatSecSoc pic.twitter.com/5IKRCVRIxk

Well, at least the guy had an interesting life:

250th anniversary of the birth of Richard Trevithick, Cornishman, engineer, pioneer of the steam locomotive, tunneller, miner, soldier in the liberation army of Simon Bolivar, who died alone and penniless in the Bull at Dartford, and was buried in an unmarked grave. pic.twitter.com/M0WszKcxpE

Sound up to hear these wonderful ducks. They’re sea ducks from the Arctic, and only the males have the long tails and white bodies (females are brown and short-tailed).

Here’s a grim fact, and you can guess the reason:

In 1866, I learn from Michael Burleigh, 20% of Mississipi’s budget was spent on artificial legs.

I’m not a huge fan of dogs in general, but I am of border collies, which are smart, hard-working, and, most important, love their jobs!

When the Pastor/Shepherd has a reliable Associate to help guide the flock. pic.twitter.com/lsRlbdNxiX