Alas, alas, the photo tank
Is running rather low;
I ask you to send pictures in,
Or this feature soon will go.

But today we have a series of bird development photos (and, as lagniappe, of a rescue kitty) by Leo Glenn. Leo’s captions are indented, and you can enlarge his photos by clicking on them.

It’s been a while since I’ve contributed photos, but I wanted to heed your pleas. My photos are poorly organized, so it’s always a time-consuming process to put a collection together. I’ve created a “For Jerry” folder now, though, so hopefully the frequency of my contributions will increase. With spring just around the corner, I selected a series of photos I took in 2013. We were fortunate to have a robin build a nest in the cherry tree in our front yard at a height that allowed me to take photos. I thought it might be interesting to take a photo each day to track the growth of the chicks. The photos aren’t the greatest quality, as I tried to be as quick as possible to minimize the amount of disturbance (and taking the photos required some climbing), but I thought the speed of their growth was remarkable, and maybe of interest to your readers. They went from hatchlings to fledglings in 13 days.

Day one – You can see the hole in the egg, partially covered by the first chick’s wing, where the second chick is beginning to peck its way out. 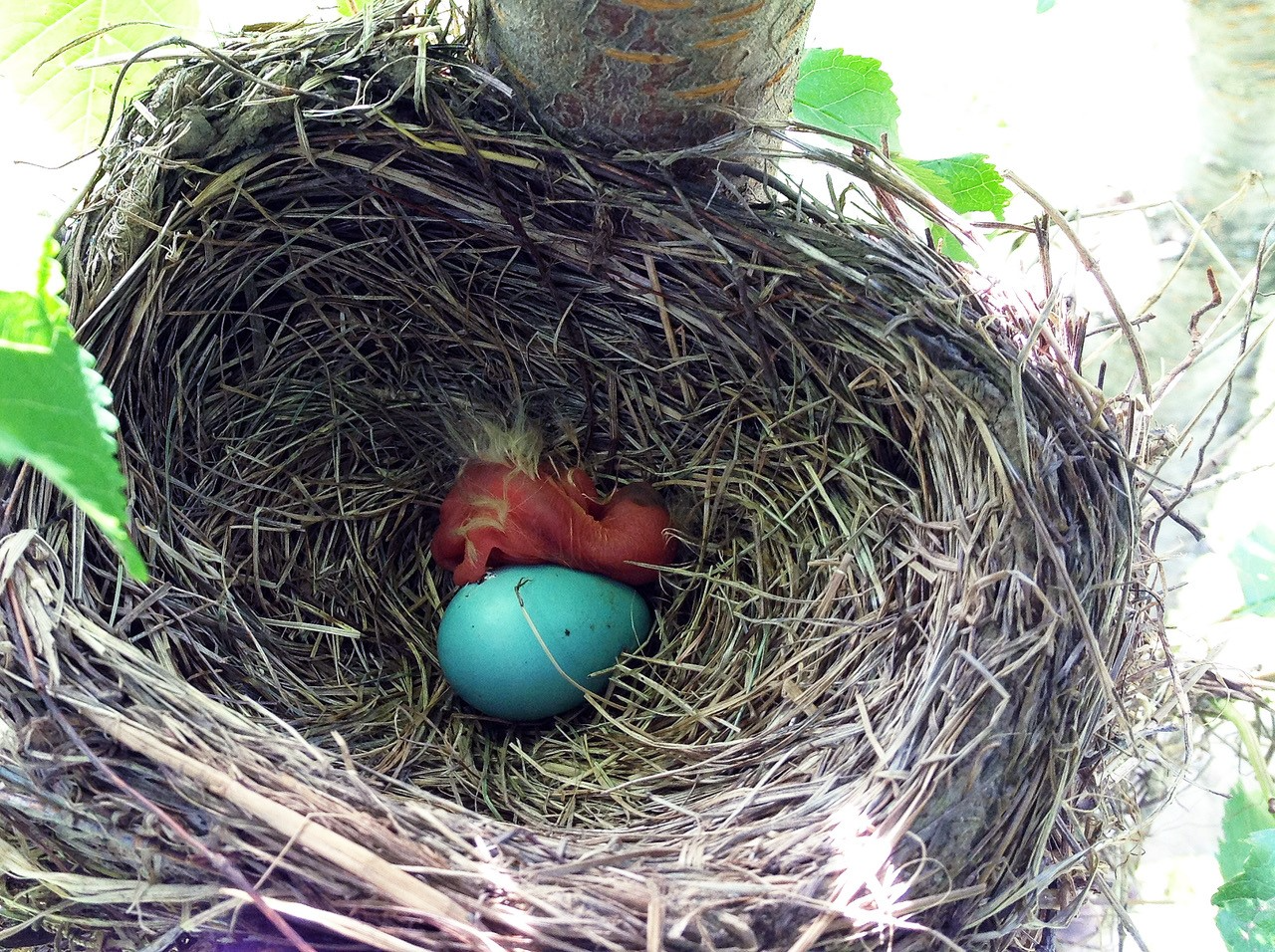 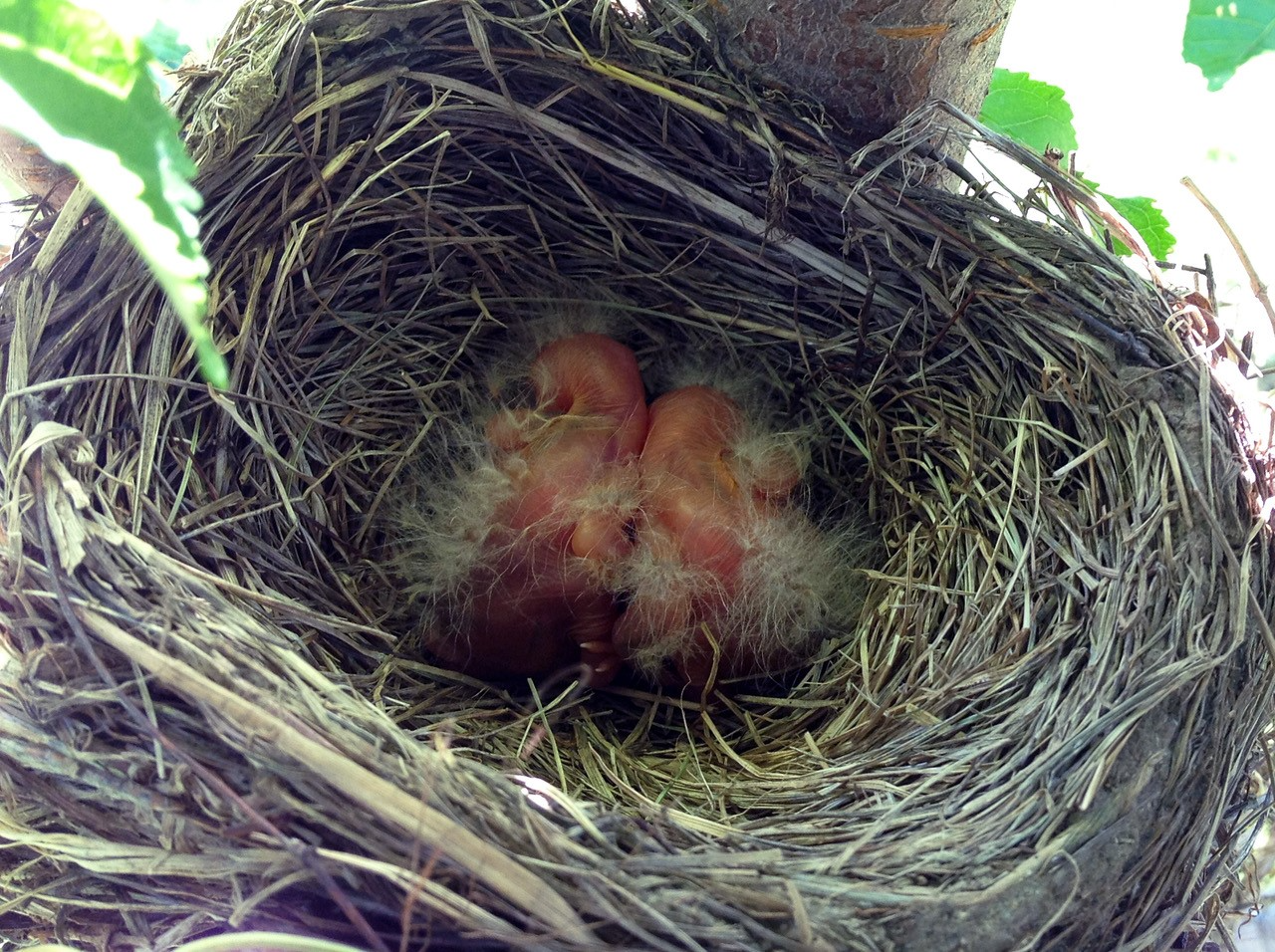 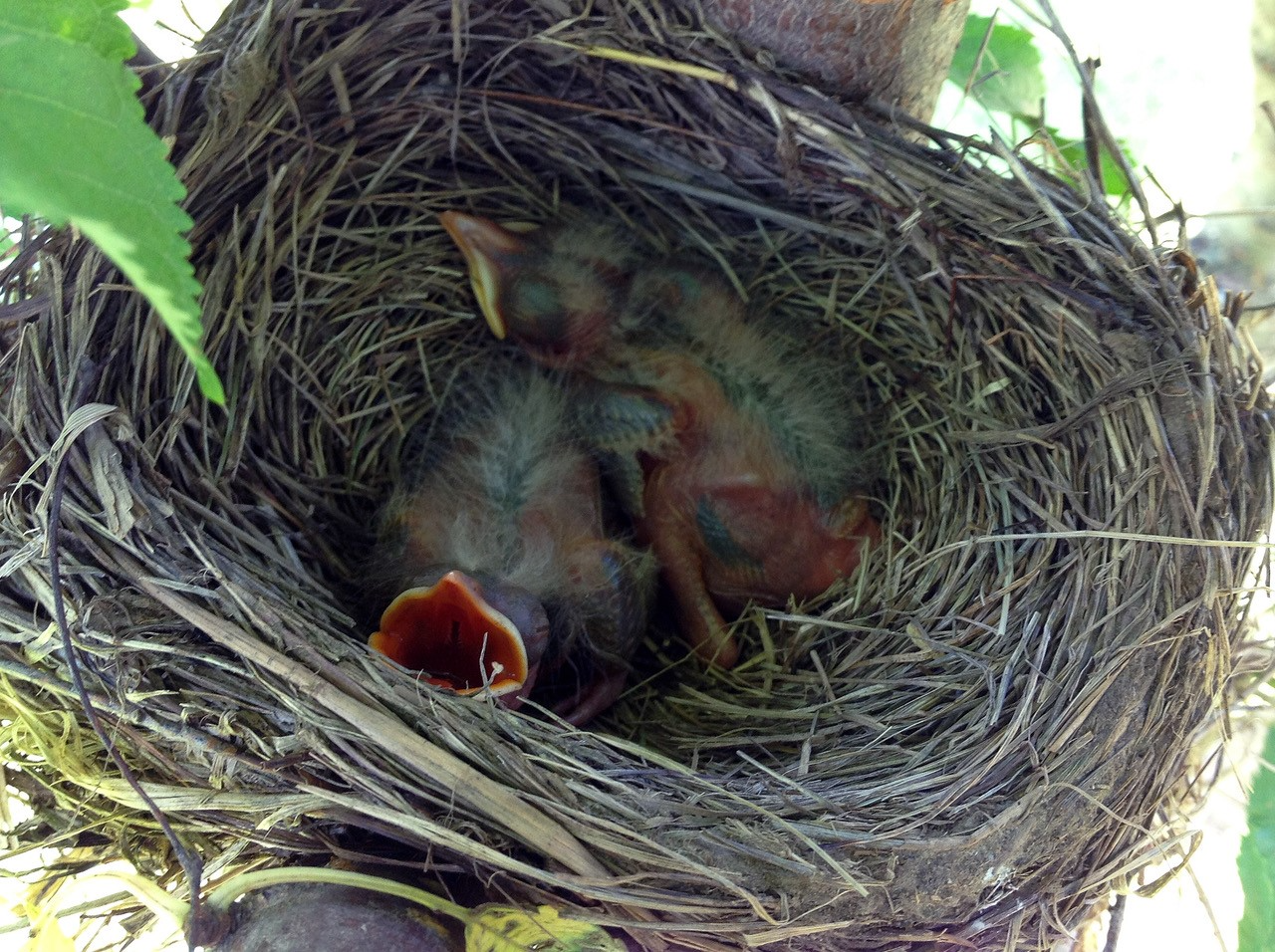 Day seven: I had to double check the date stamp on this photo, as it didn’t seem possible that they could have grown so much in two days. But it’s correct. 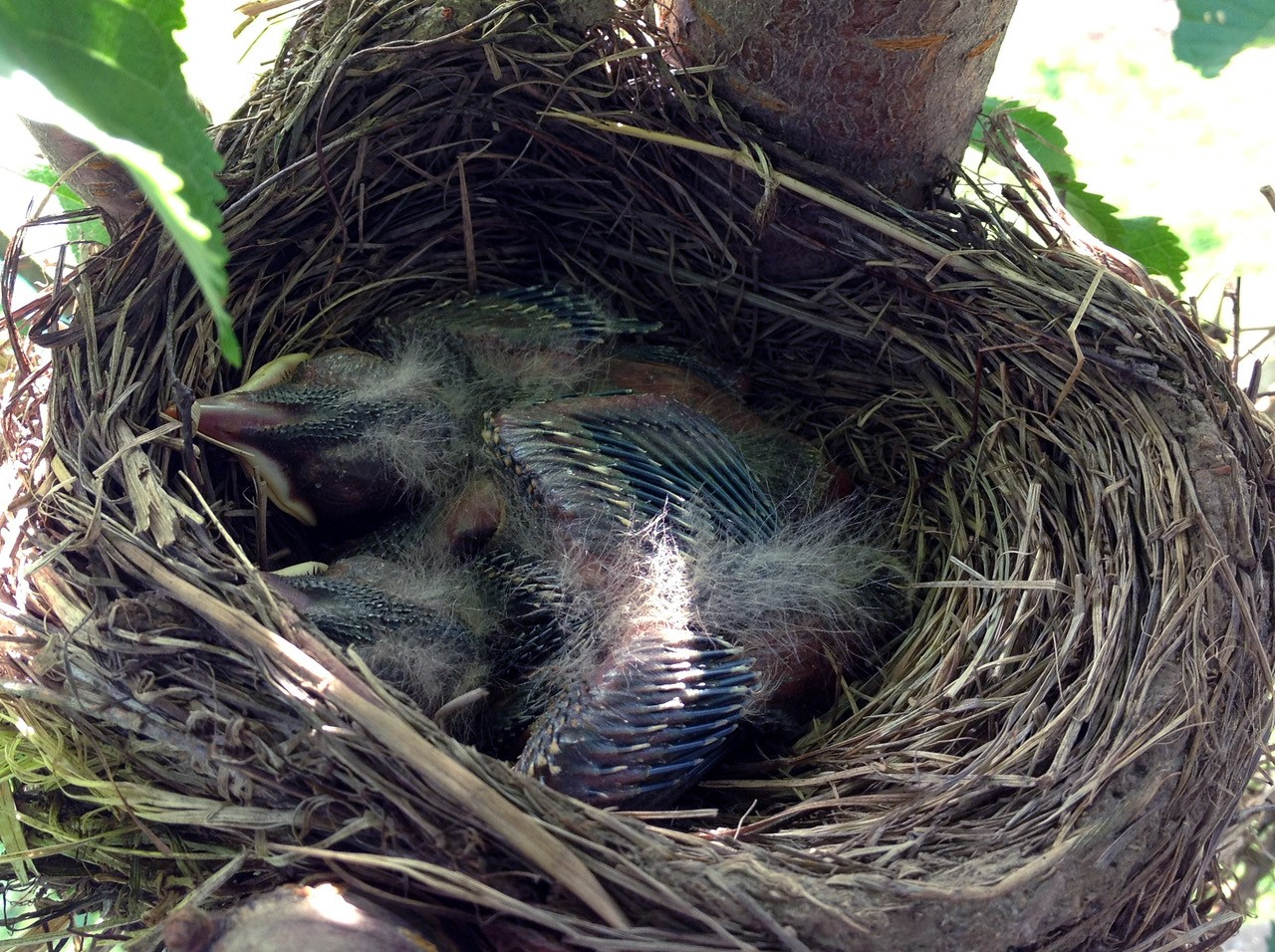 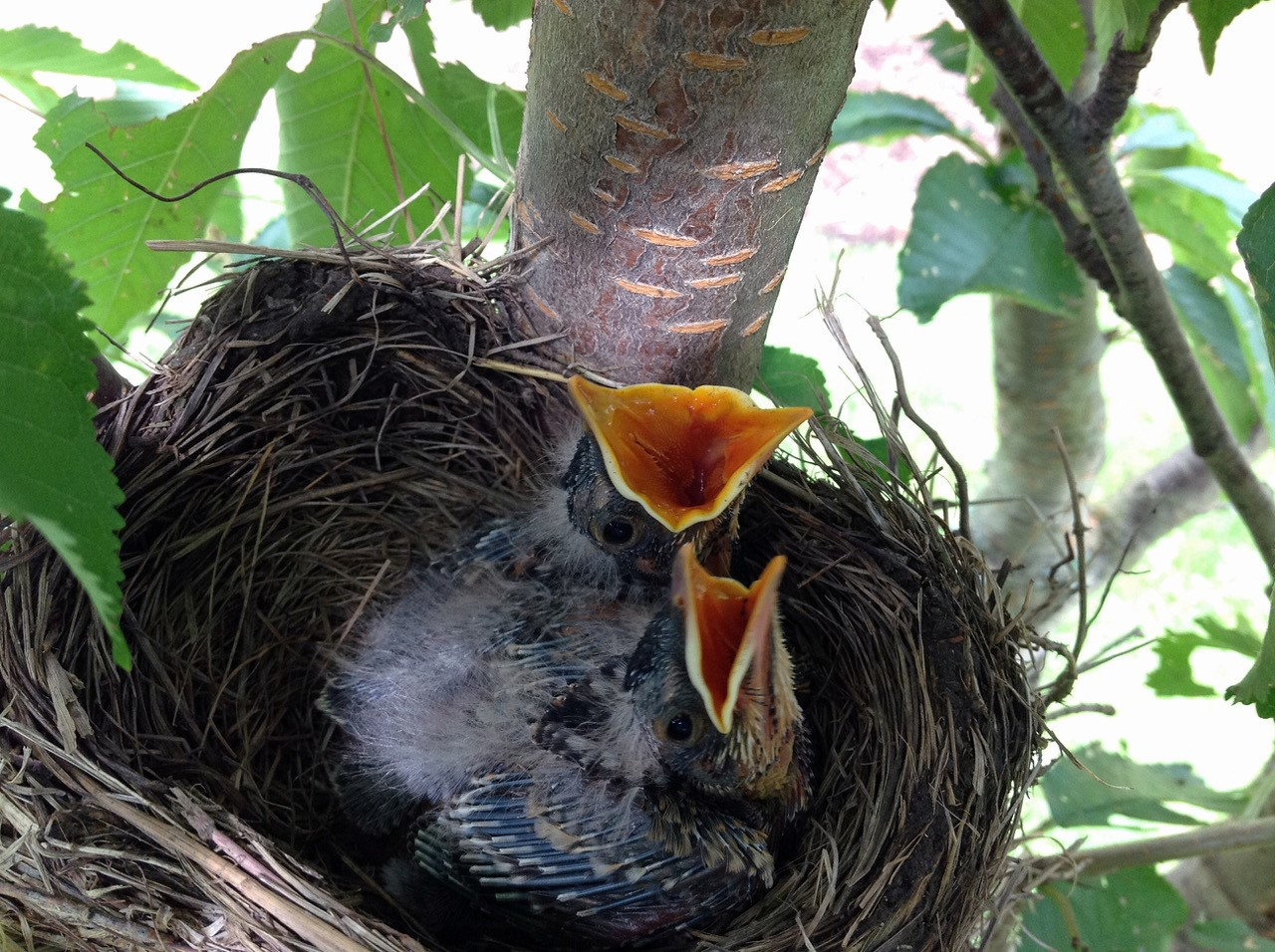 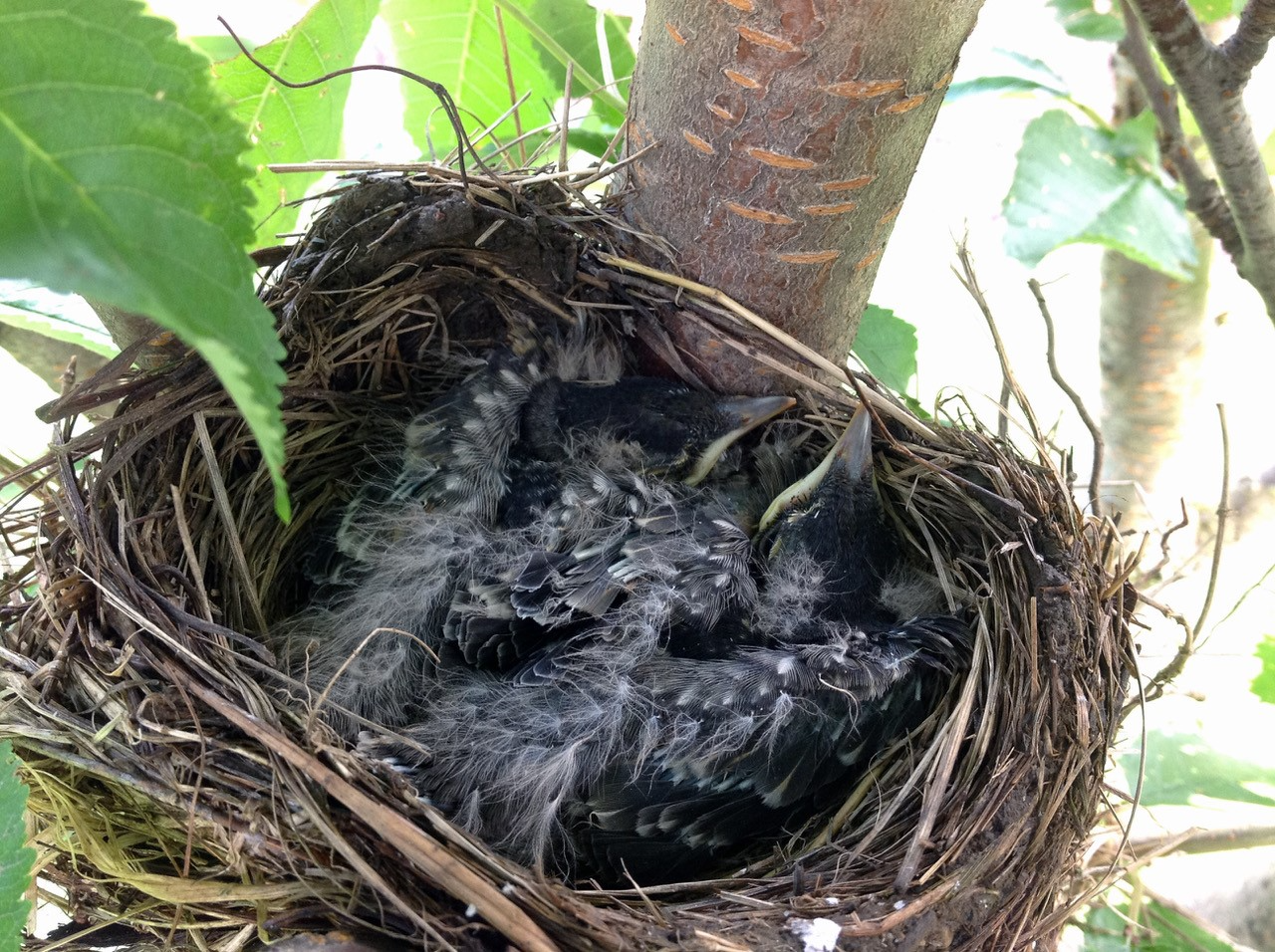 Day thirteen:  One had already fledged, but I managed to get a shot of this one, still sitting on the nest. 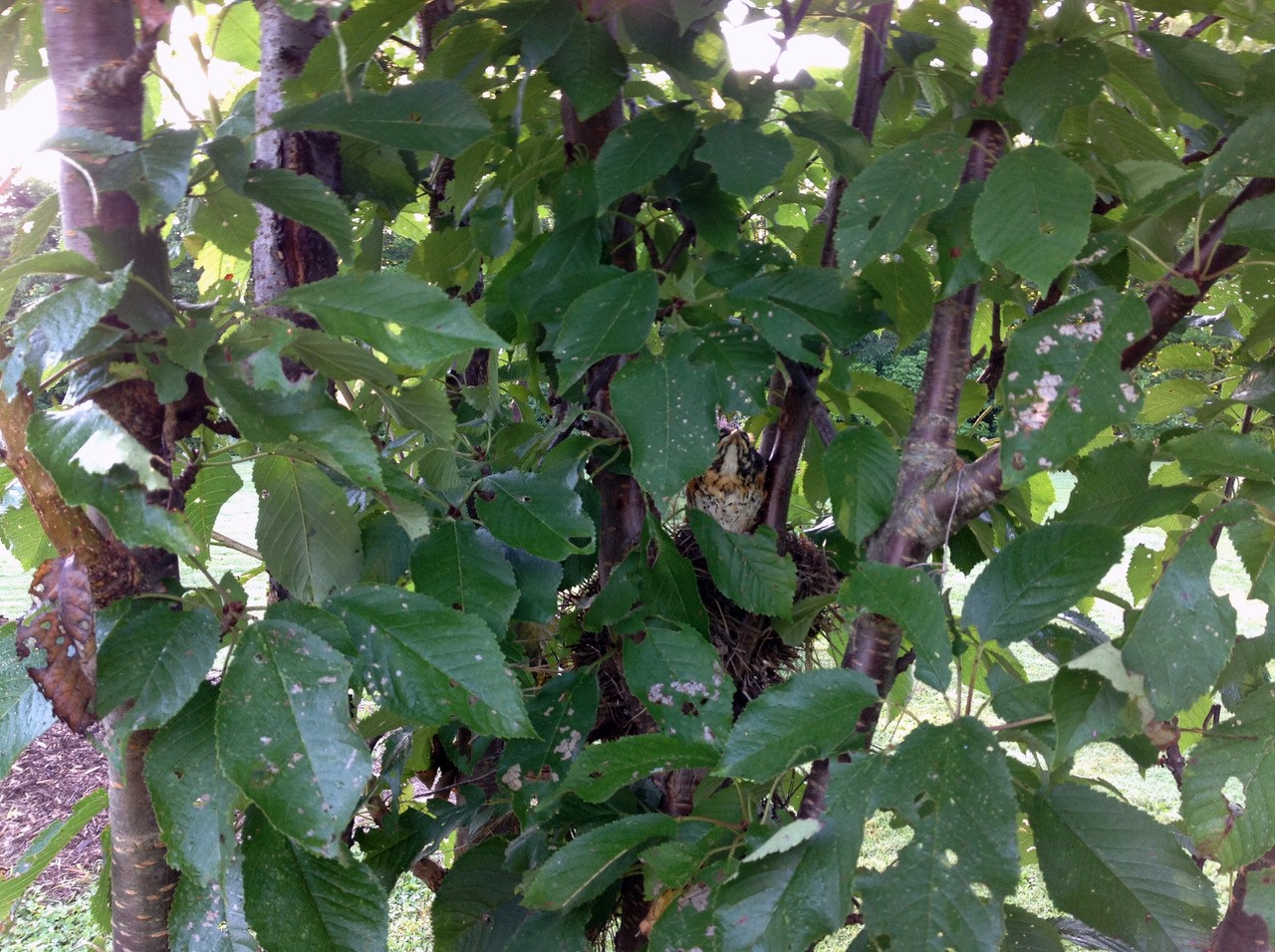 And finally, for the ailurophiles, this poor fellow showed up at our doorstep in November of 2019, in seriously bad shape. He was emaciated (he weighed only 6.5 lbs), covered in fleas and ticks, and was in what appeared to be the final throes of a severe respiratory infection. We already have two rescue cats, and his prospects looked pretty dim, but my daughter insisted that we do what we could for him. 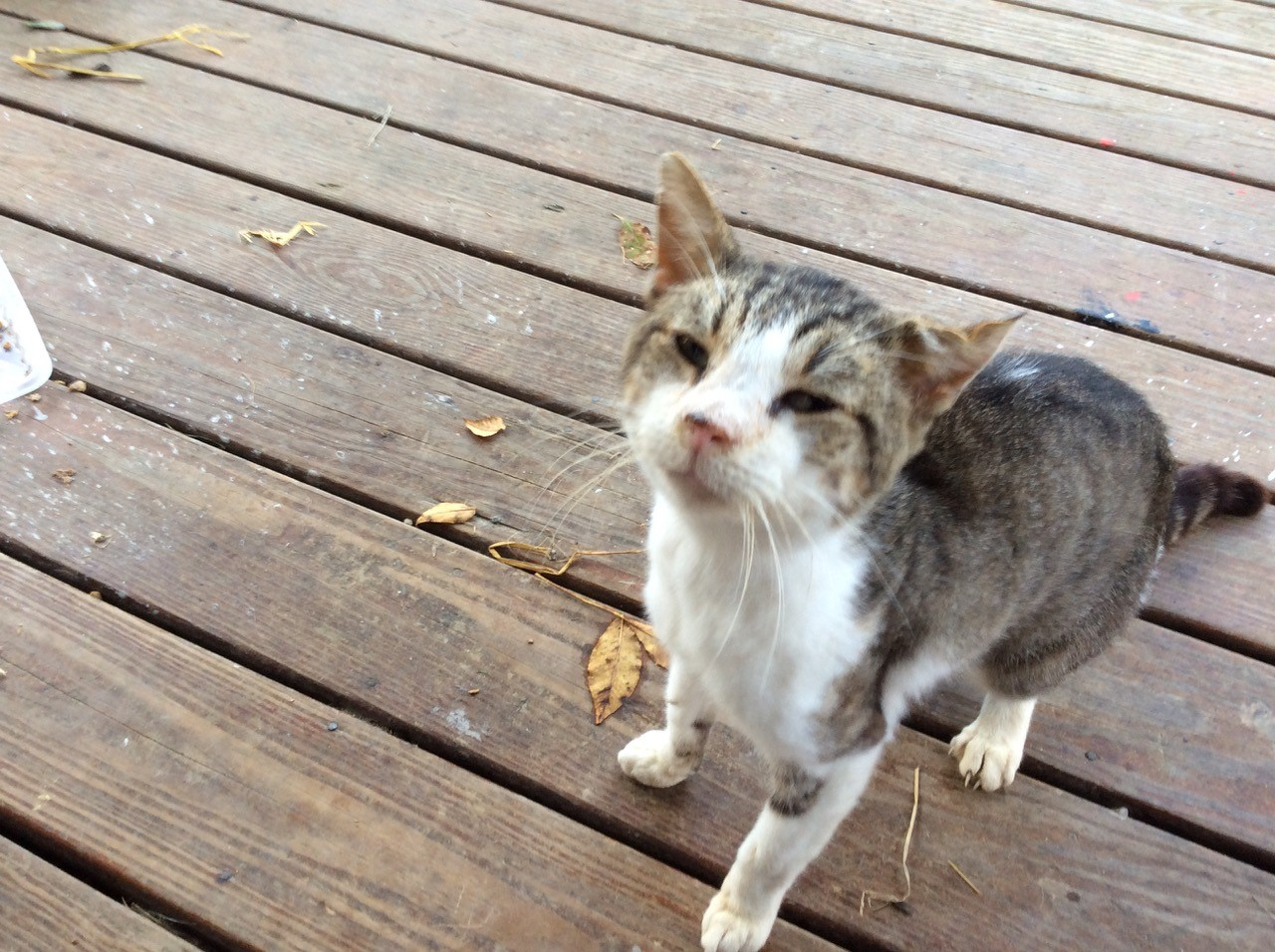 And here he is today. Meet Arty, my shadow and constant companion. His health is still very fragile. He’s a severe asthmatic, has a compromised immune system, and is on several daily medications. We’ve had three emergency vet visits, involving several days on oxygen, with antibiotic and steroid injections, but he’s a tough little guy. 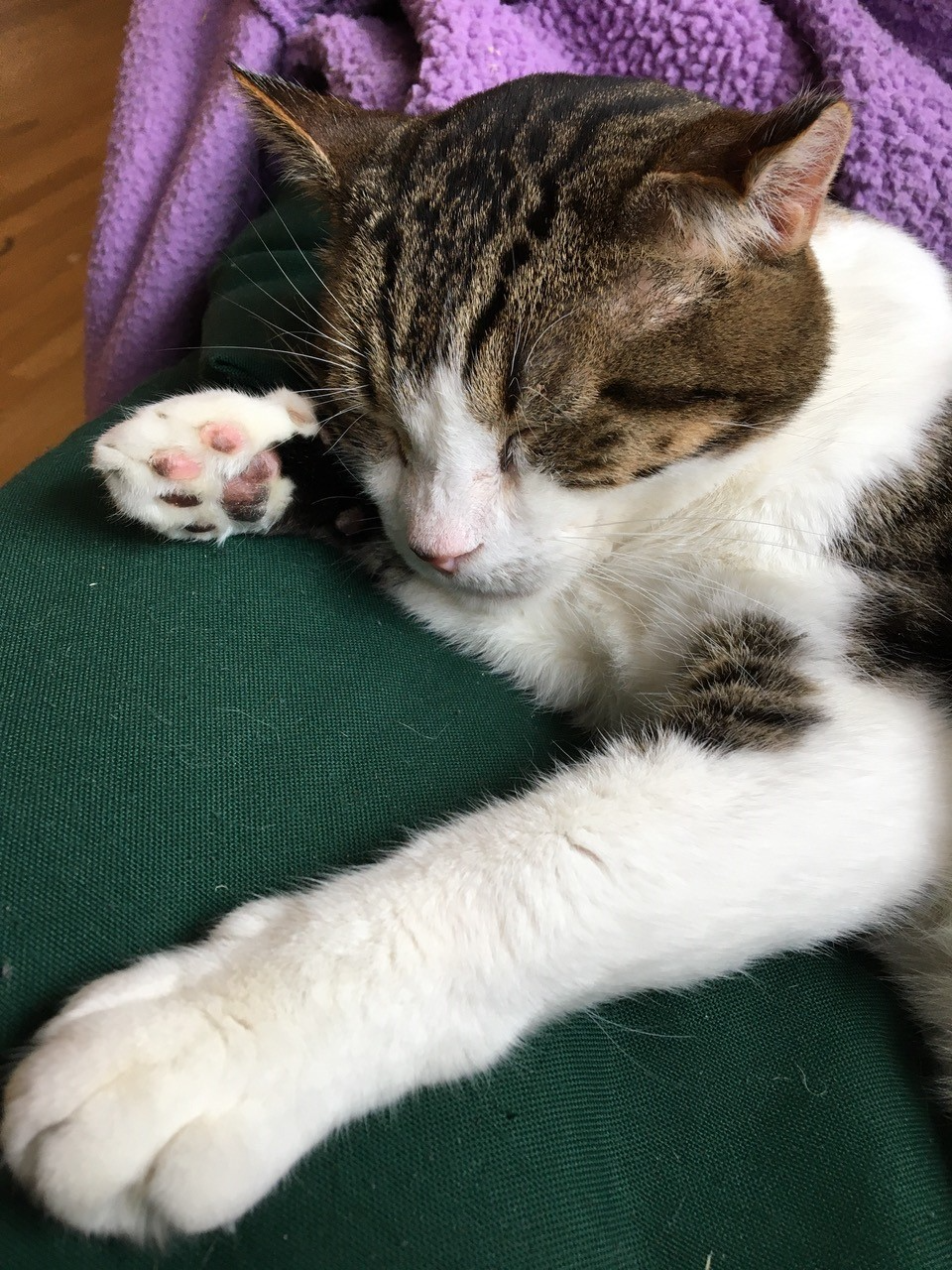