Based on an old placard I was reminded of in last week’s Freethinker newsletter.

Here’s the placard, which reads, “NO RELIGION IS BETTER THAN ISLAM. (Don’t dare to point Fingers on ISLAM We love Peace)” 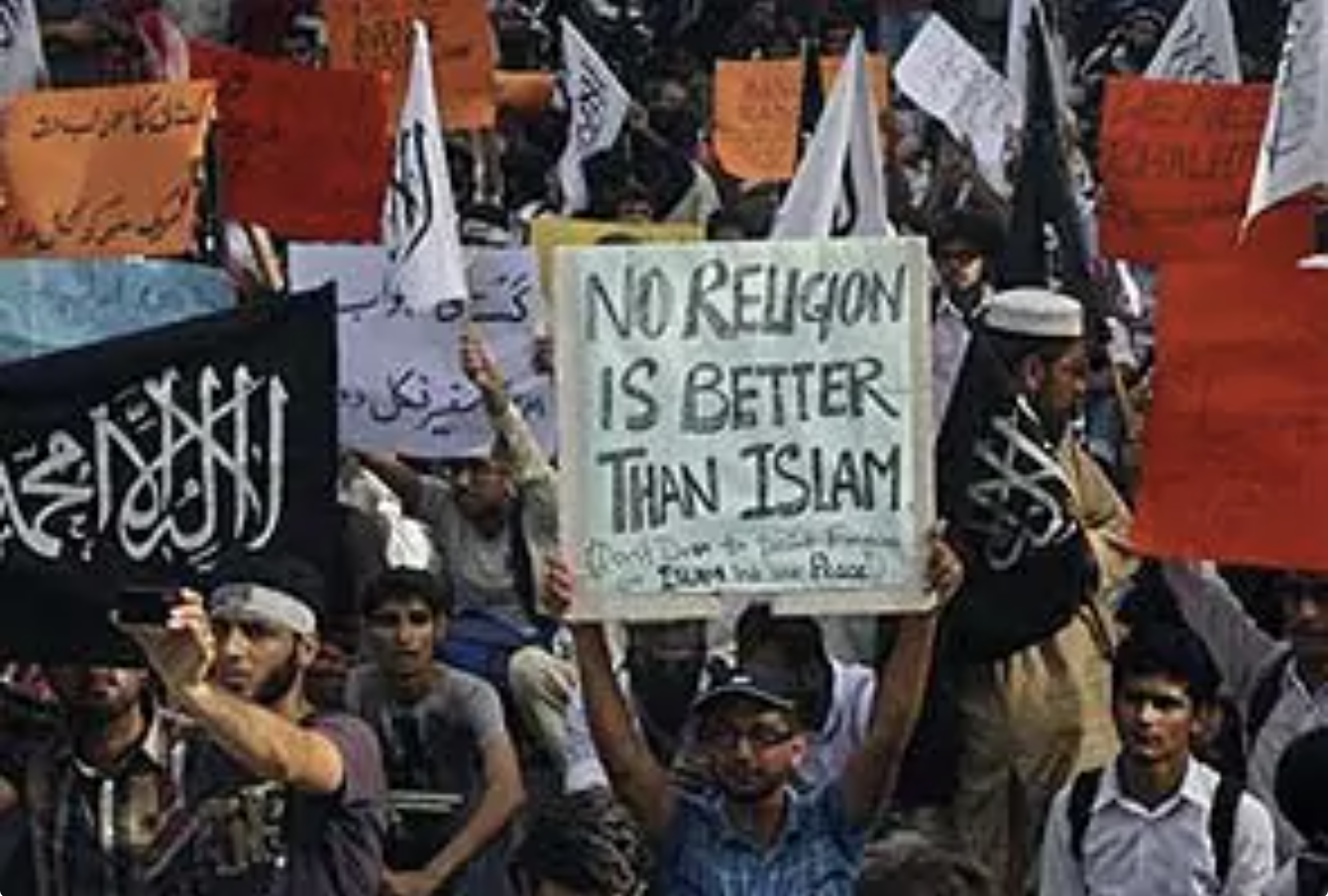 . . . and the strip, which is really a double entendre: 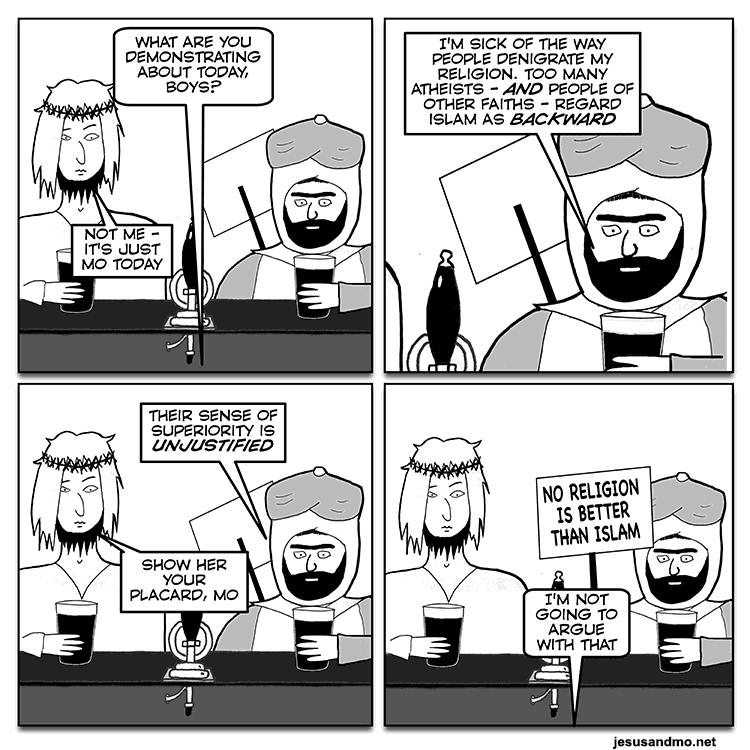