John Avise has given us photos of another species of Faux Duck—waterfowl that look like ducks but aren’t. Your job is to guess the species. After you try, go below the fold to see the answer, John’s Fun Faux Duck Fax, and a range map. John’s words are indented; click the photos to enlarge them. 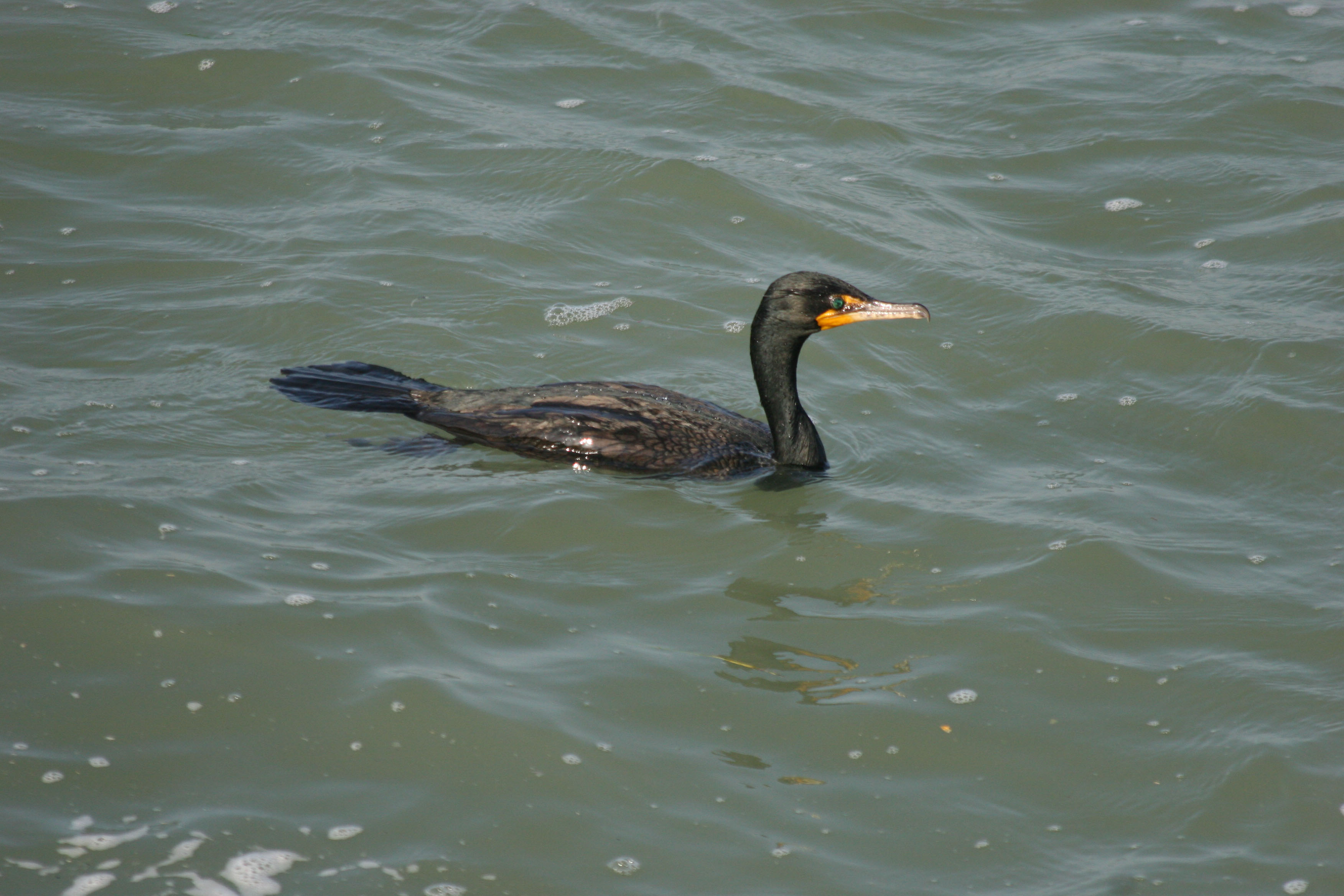 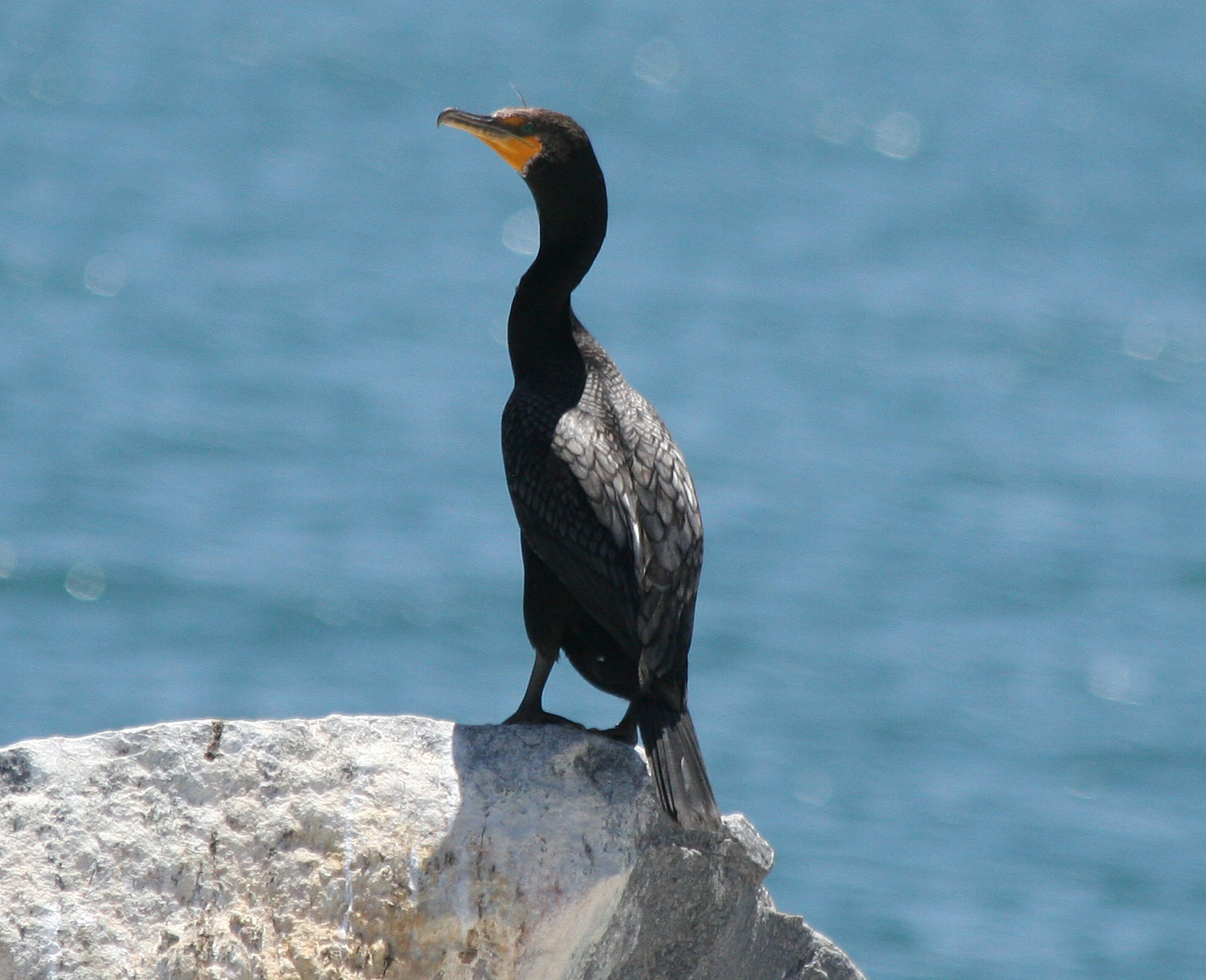 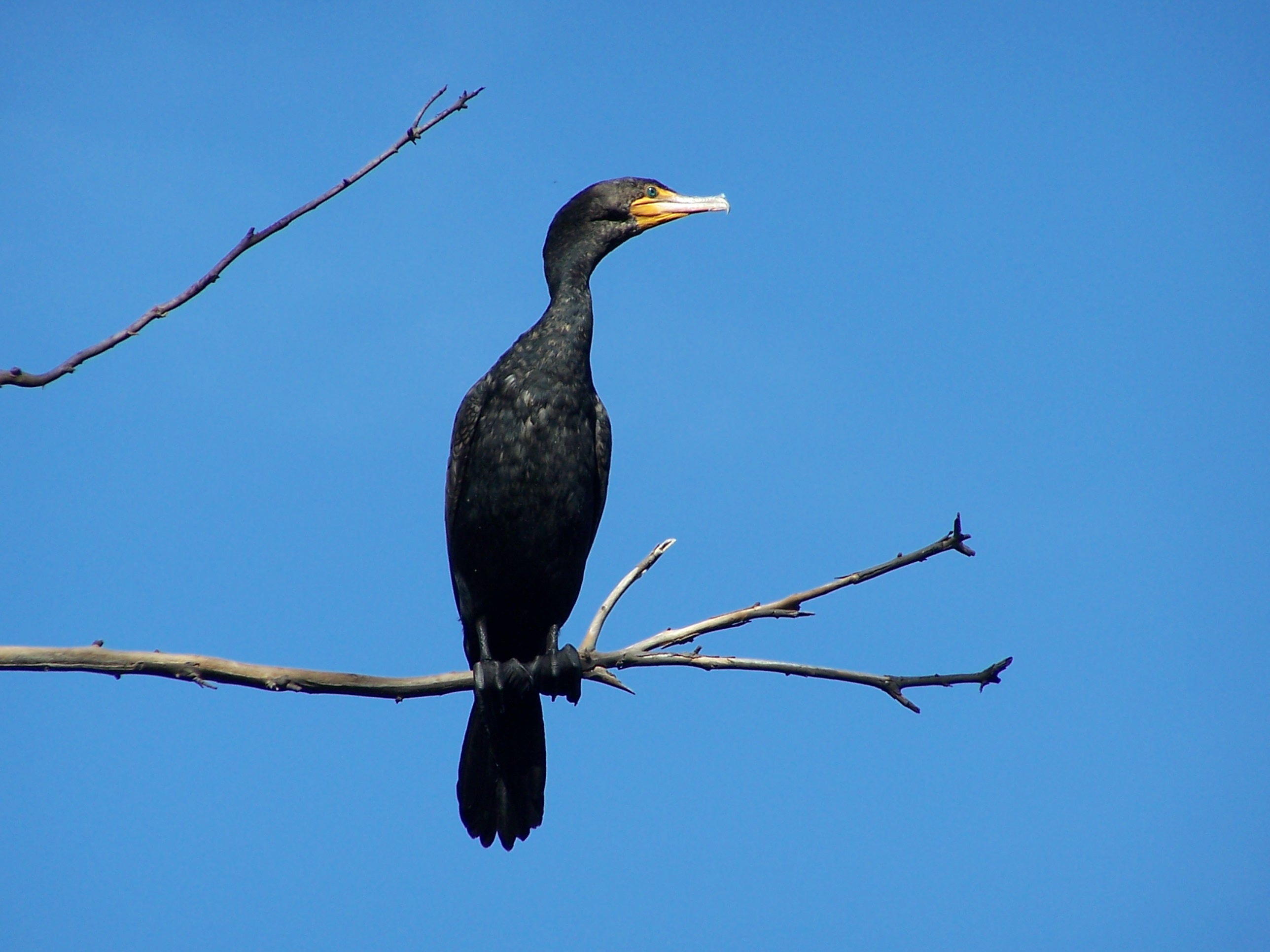 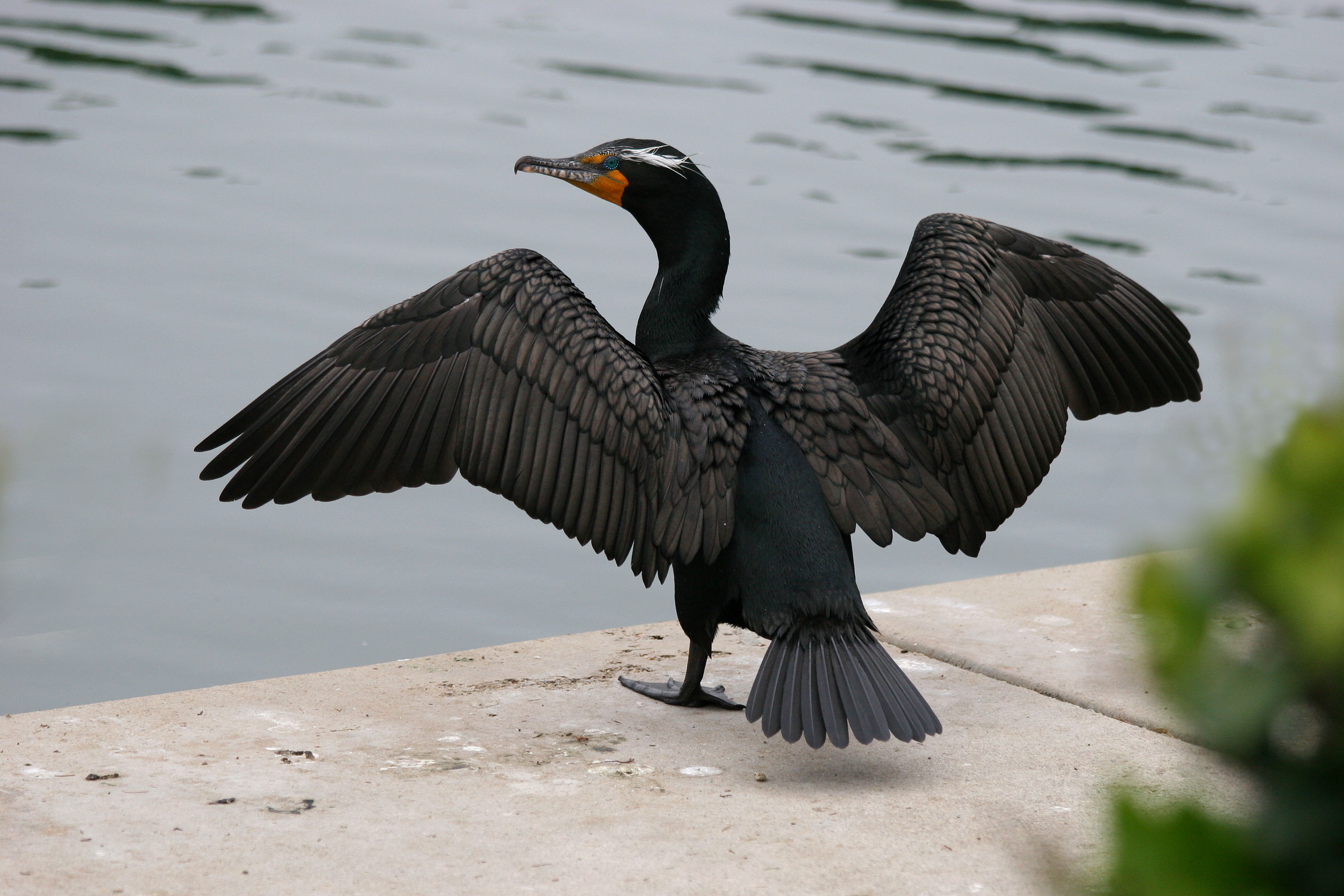 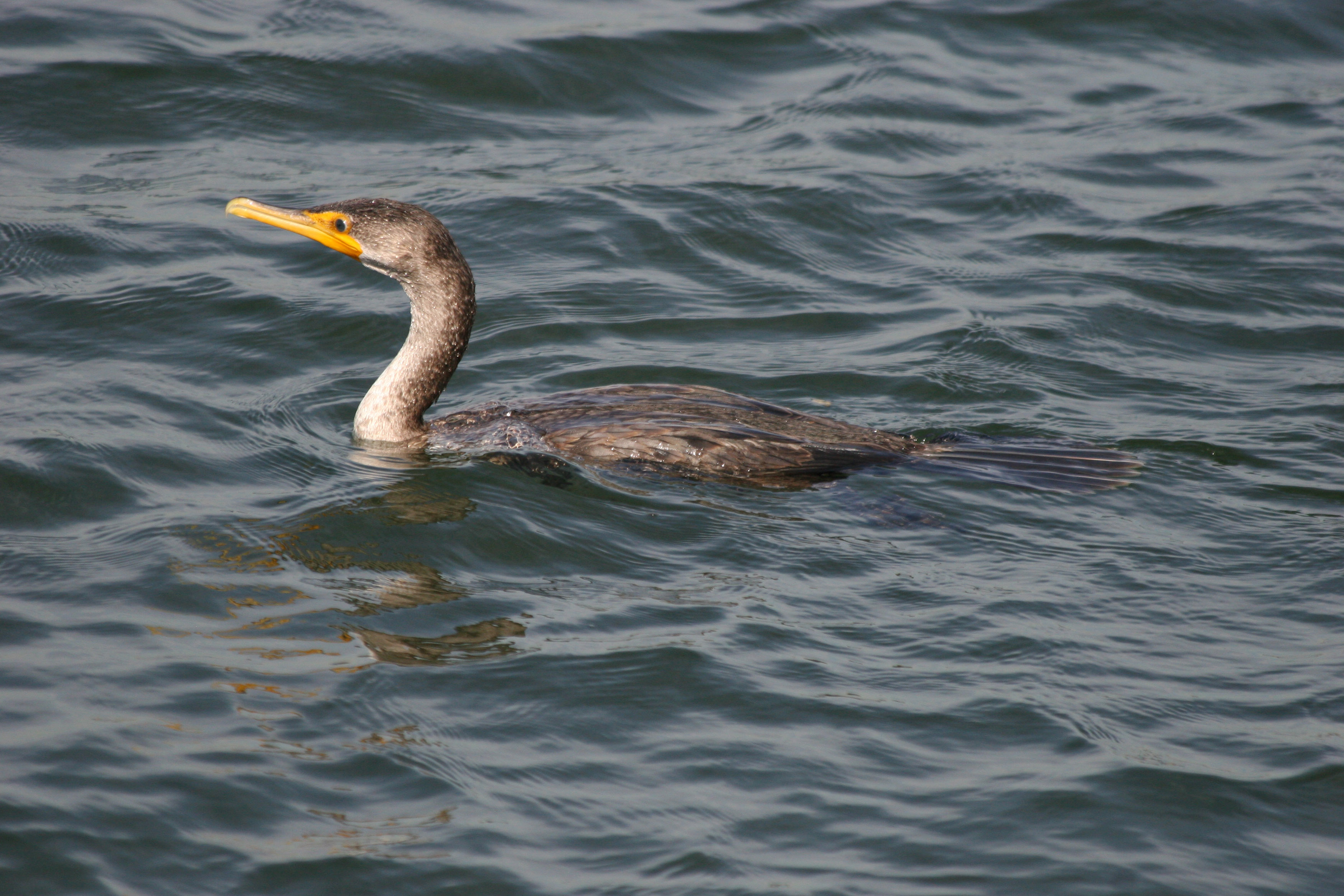 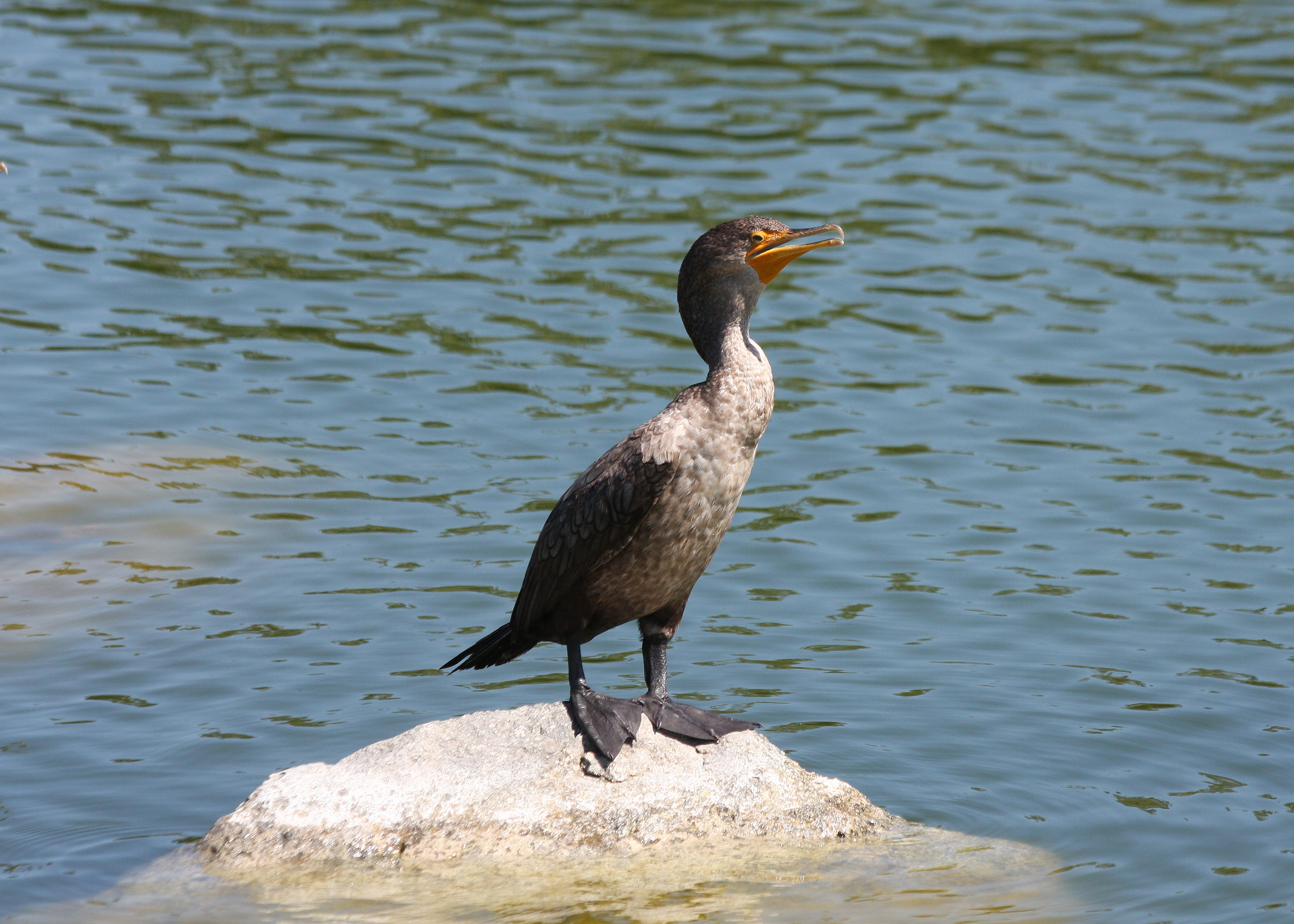 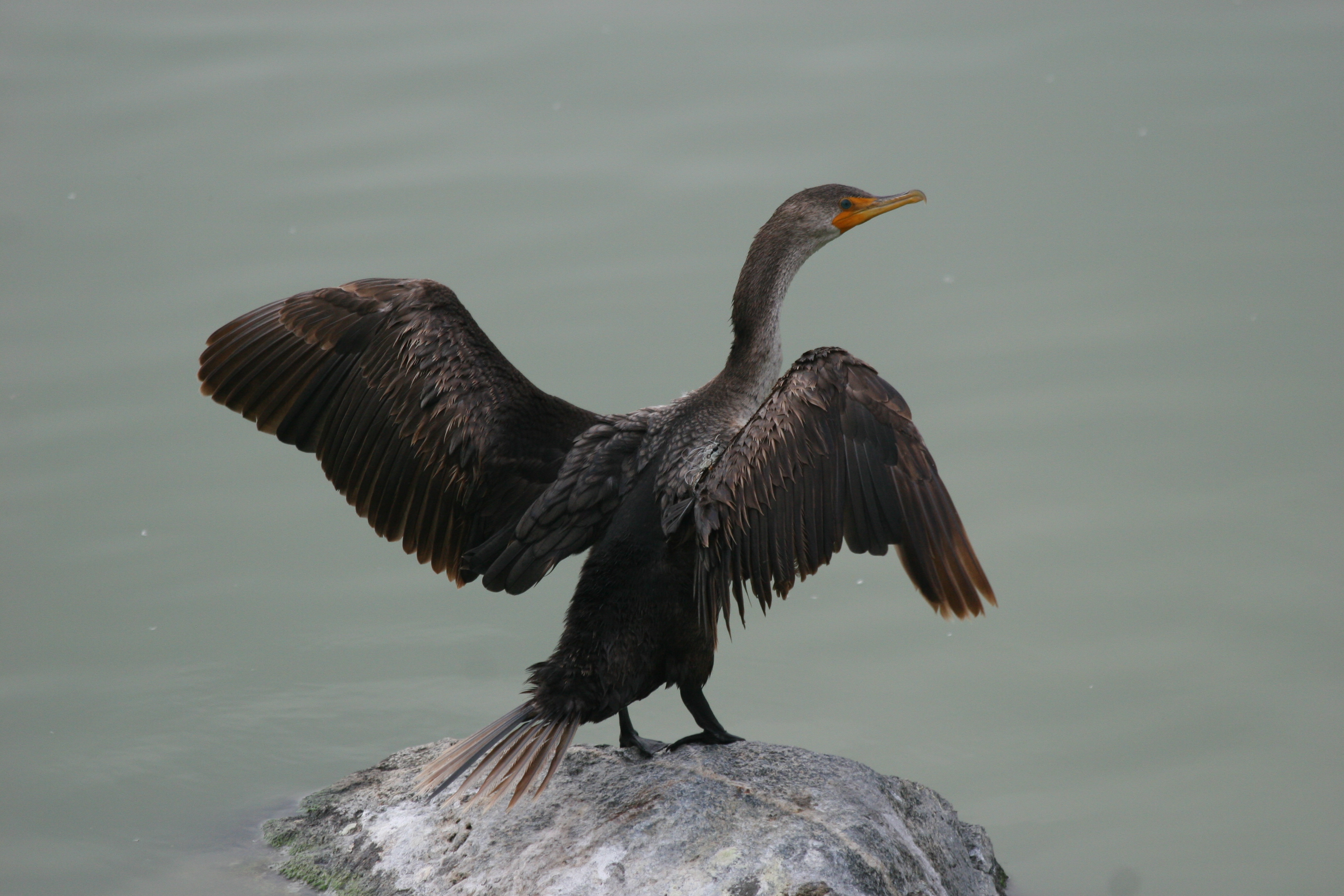 Juvenile (left) and adult in flight: 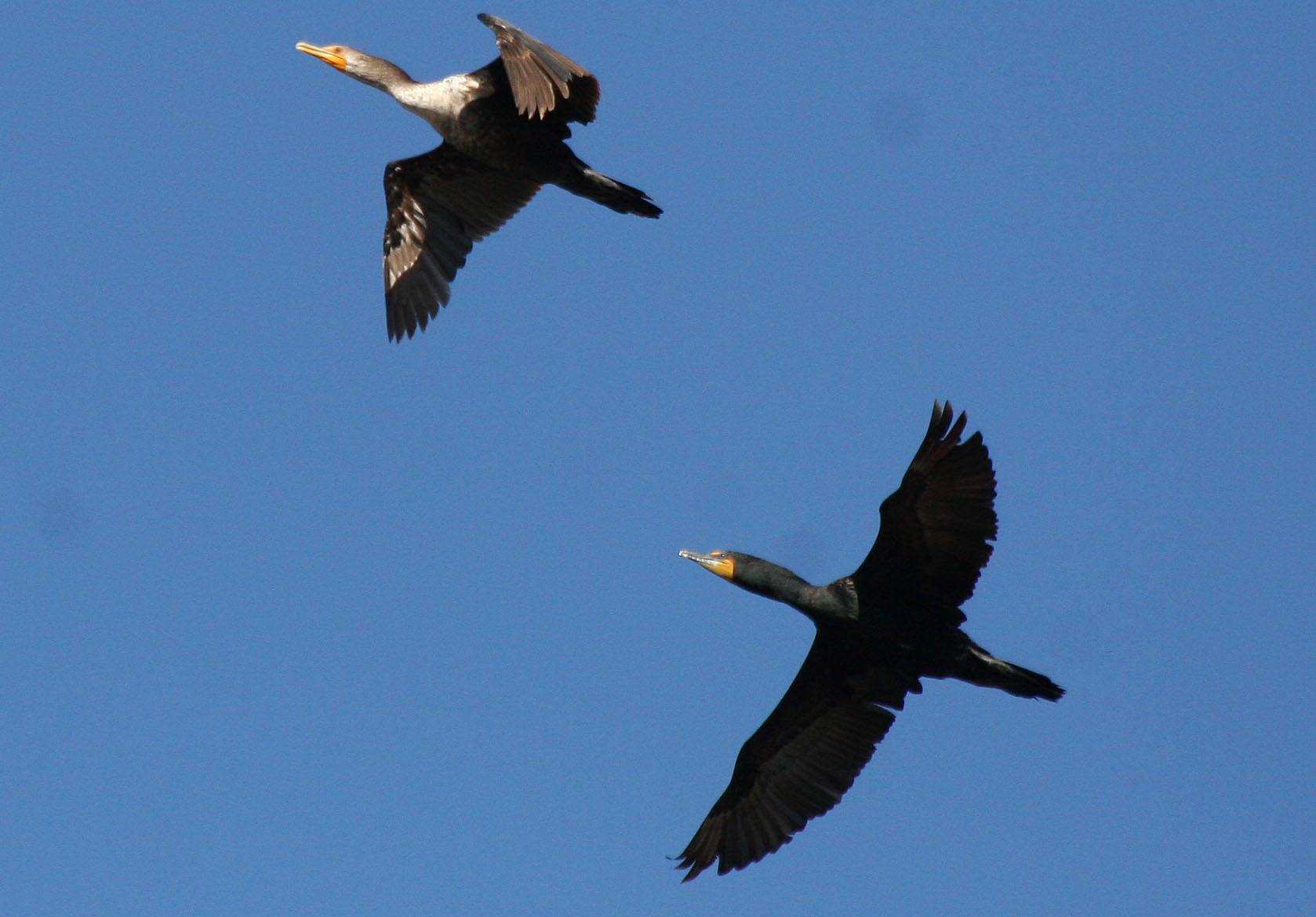 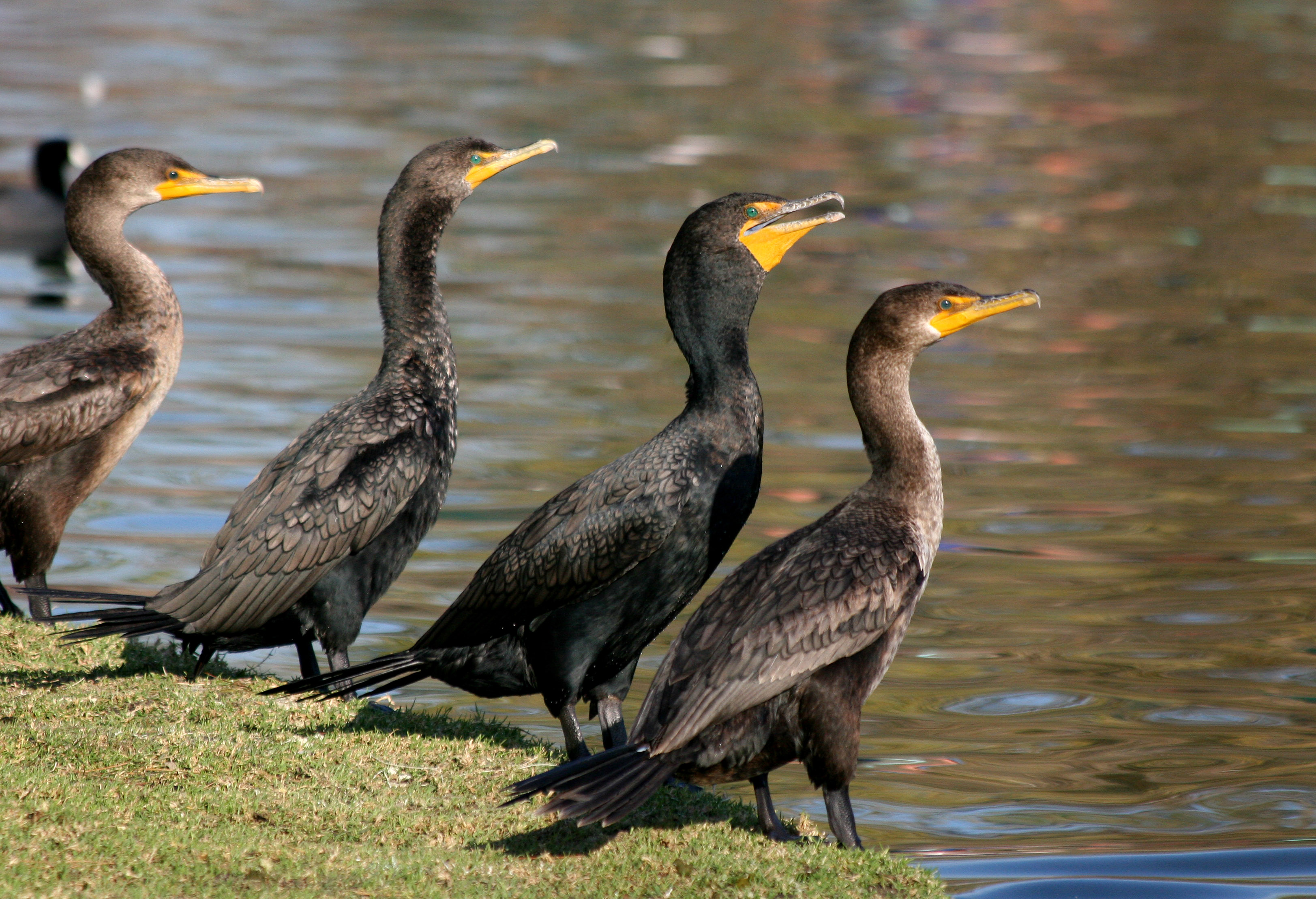 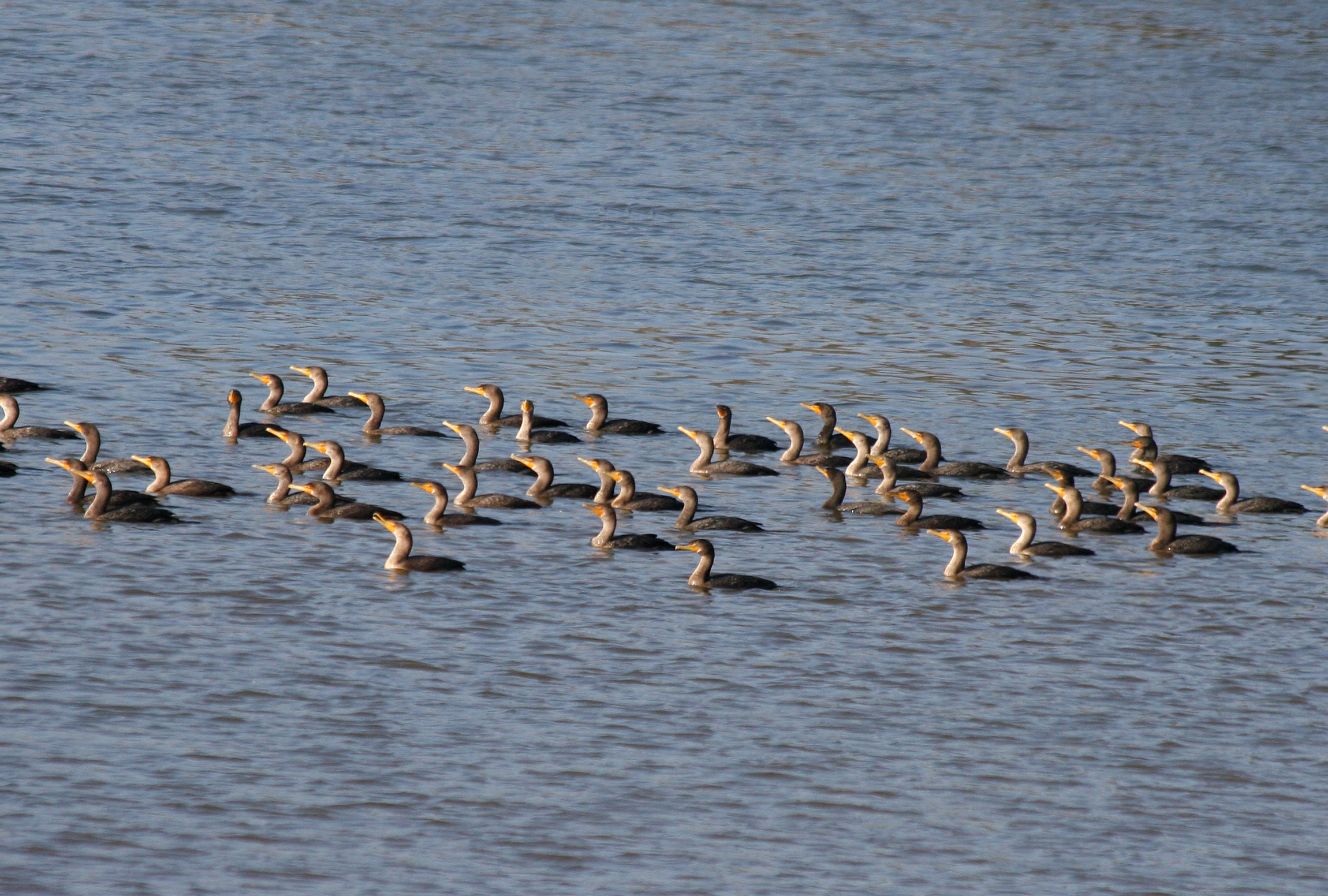 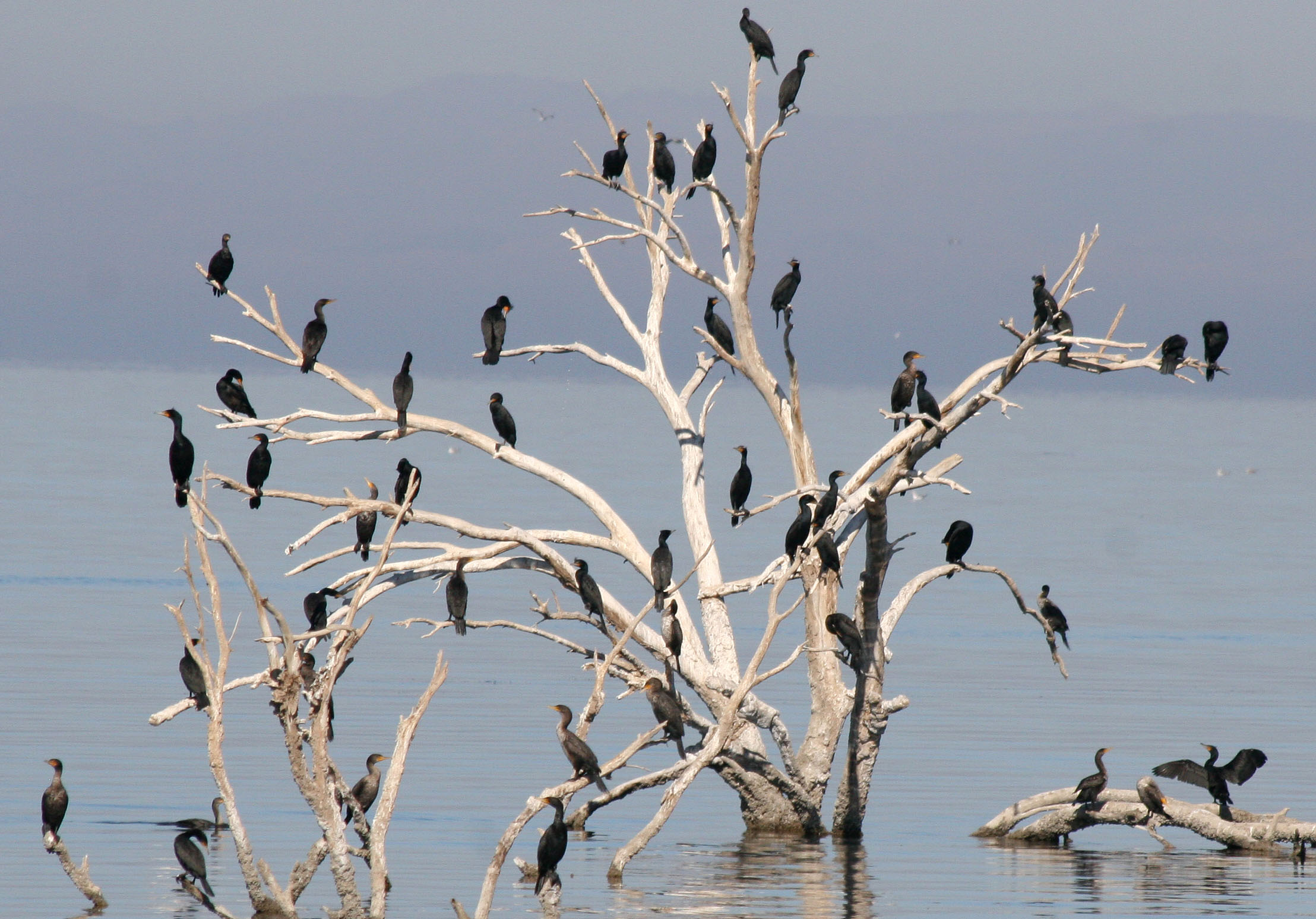 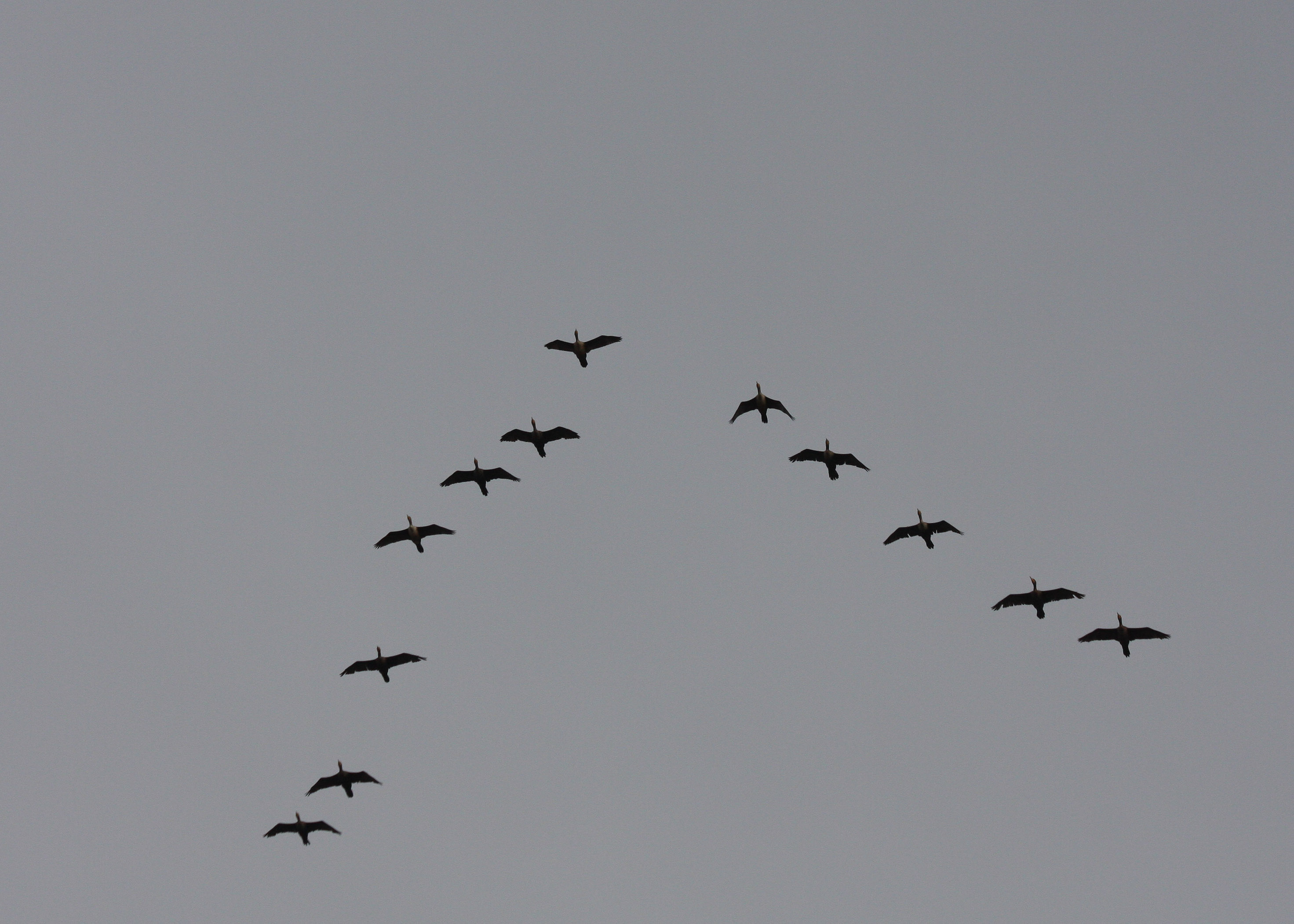 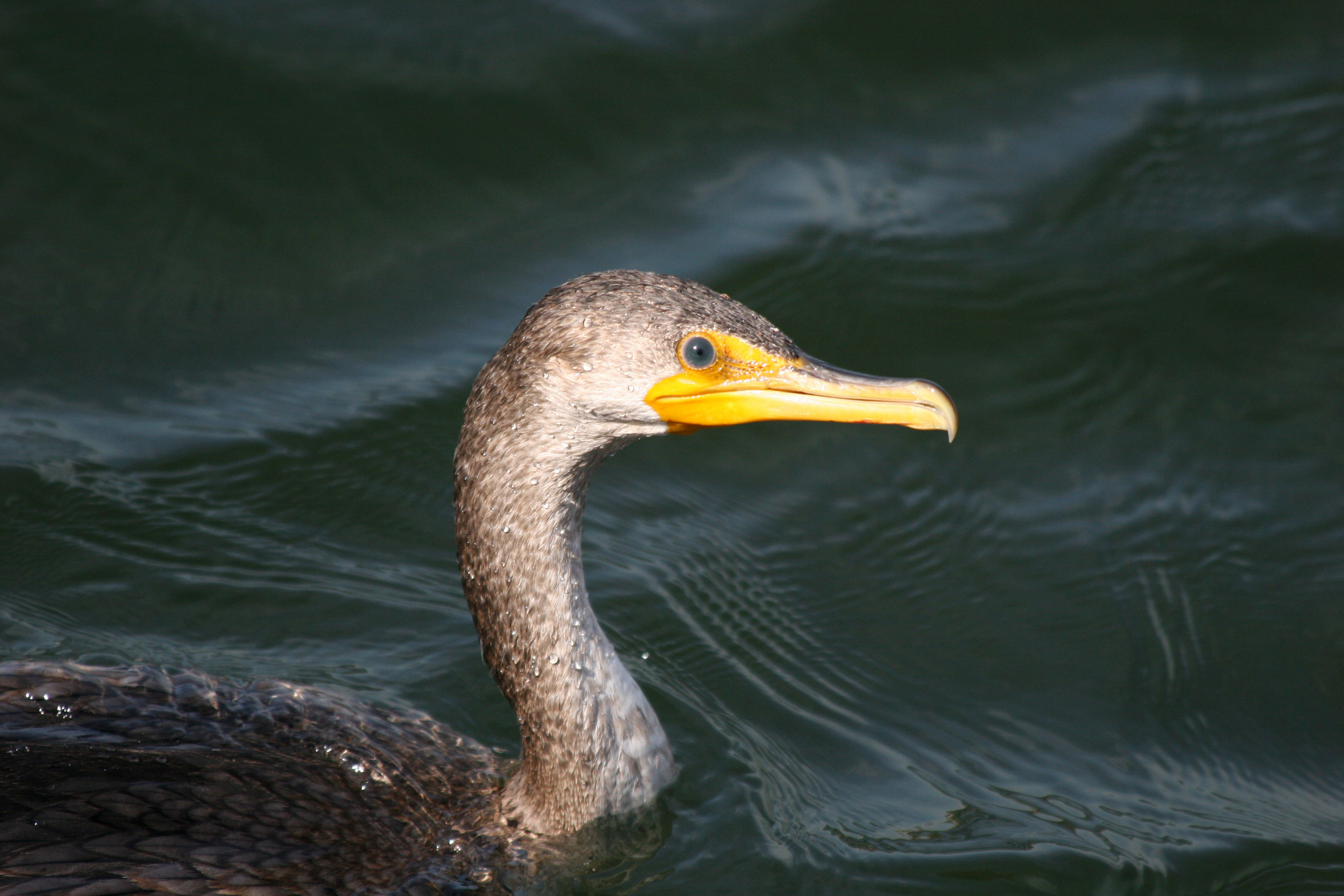 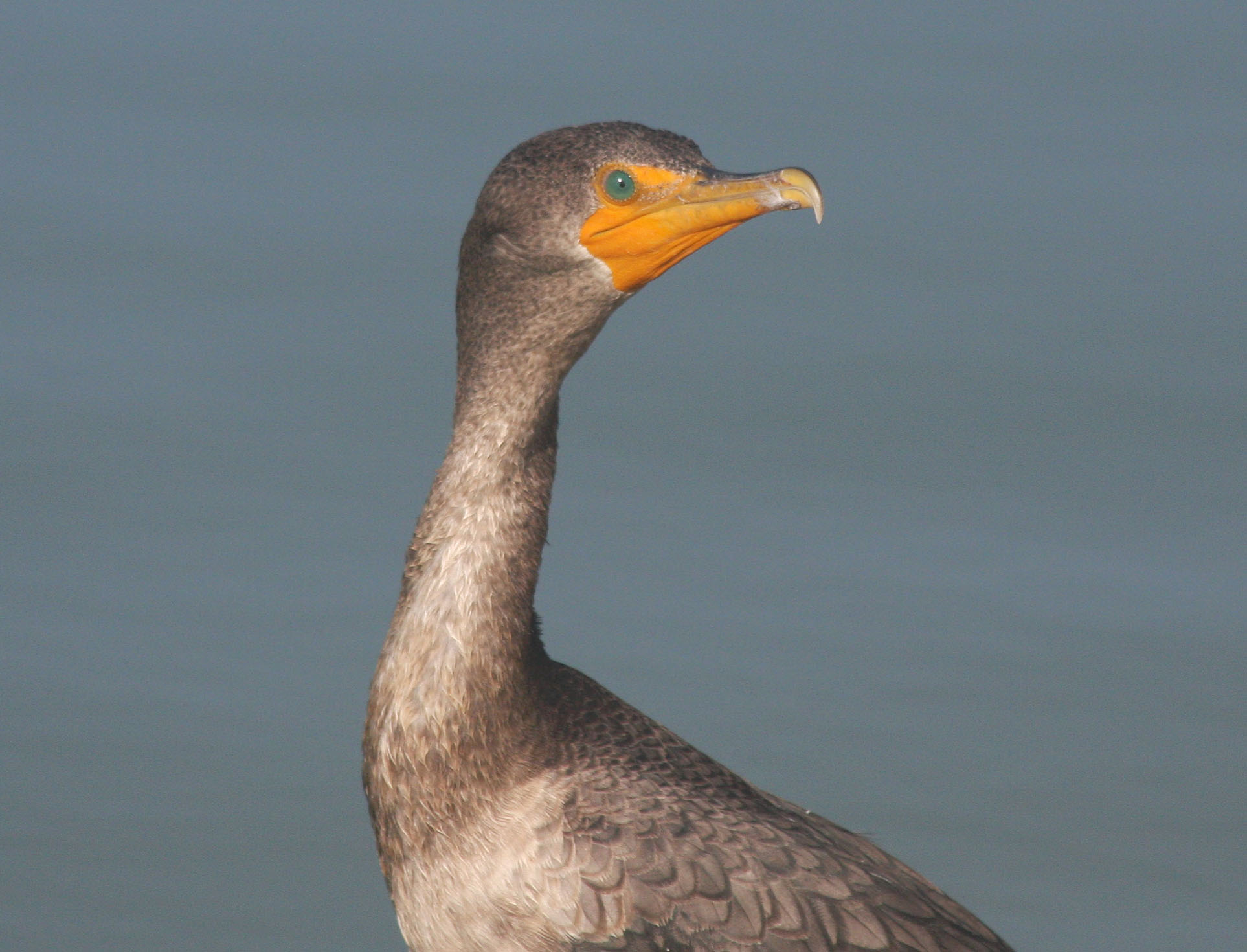 Now that you’ve guessed the species, click “continue reading” to see if you’re right, and then read some Fun Duck Facts and see a range map:

Another group of web-footed, surface-diving birds that beginning birders might mistake for ducks are Cormorants (in the taxonomic family Phalacrocoracidae).  In North America, the Double-crested is the most common of several cormorant species, being found not only along both coasts but also on many bodies of freshwater throughout the continent.  Like all cormorants, this species has a patch of bare skin on the throat (called a gular pouch), which in this case is yellowish-orange.  Adults have a mostly black plumage whereas juveniles are much browner. This species has beautiful aquamarine eyes, and breeding adults have striking white plumes on their head, plus very fancy markings on their bill.  Cormorants produce little preen oil, so their feathers are slow to dry after swimming and the birds spend considerable time sunbathing with their wings spread out widely.  In flight and during migration, flocks of these birds typically fly in lovely V-formations. 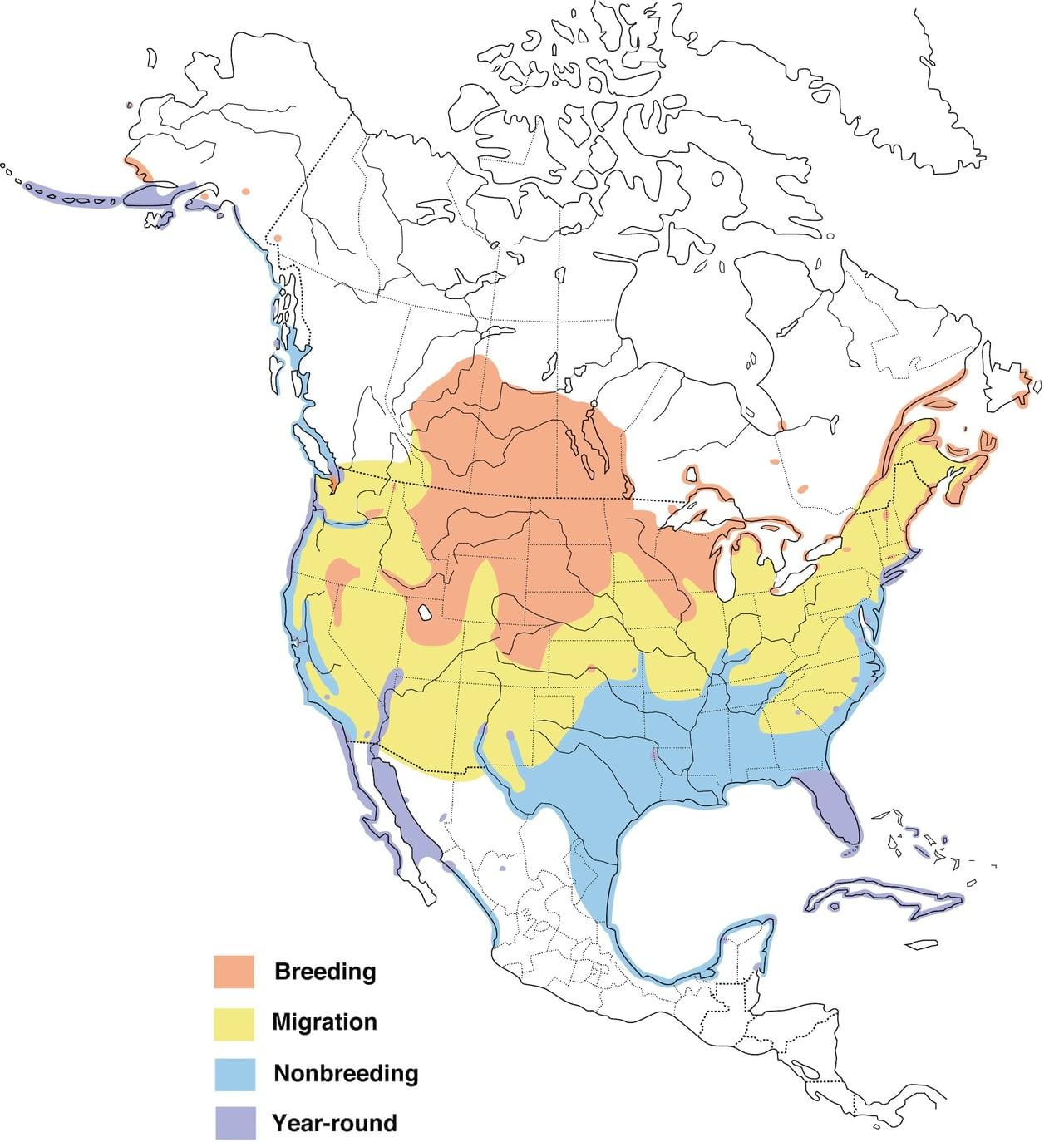