Please send in your photos, lest I have to pause this feature!

Today we have “street photos” from Joe Routon, and from my favorite country: India. They are also from Varanasi (formerly “Benares”), the most sacred of Hindu cities. I visited it, too, but don’t have pictures like these. Joe’s notes are indented; click on photos to enlarge them.

Since India is one of your and my favorite countries, you might be interested in including these photos that I made in Varanasi. I don’t pretend to be an expert on India and Hinduism, so I hope there aren’t too many errors in my commentary.

Undoubtedly, the most remarkable, memorable city I’ve ever visited was Varanasi, India, one of the world’s oldest cities, dating back 5,000 years. The spiritual capital of the country, it was here that Buddha founded Buddhism. [JAC: I think the Buddha is supposed to have given his first sermon near here, but am not sure that that is counted as the “founding of Buddhism.” 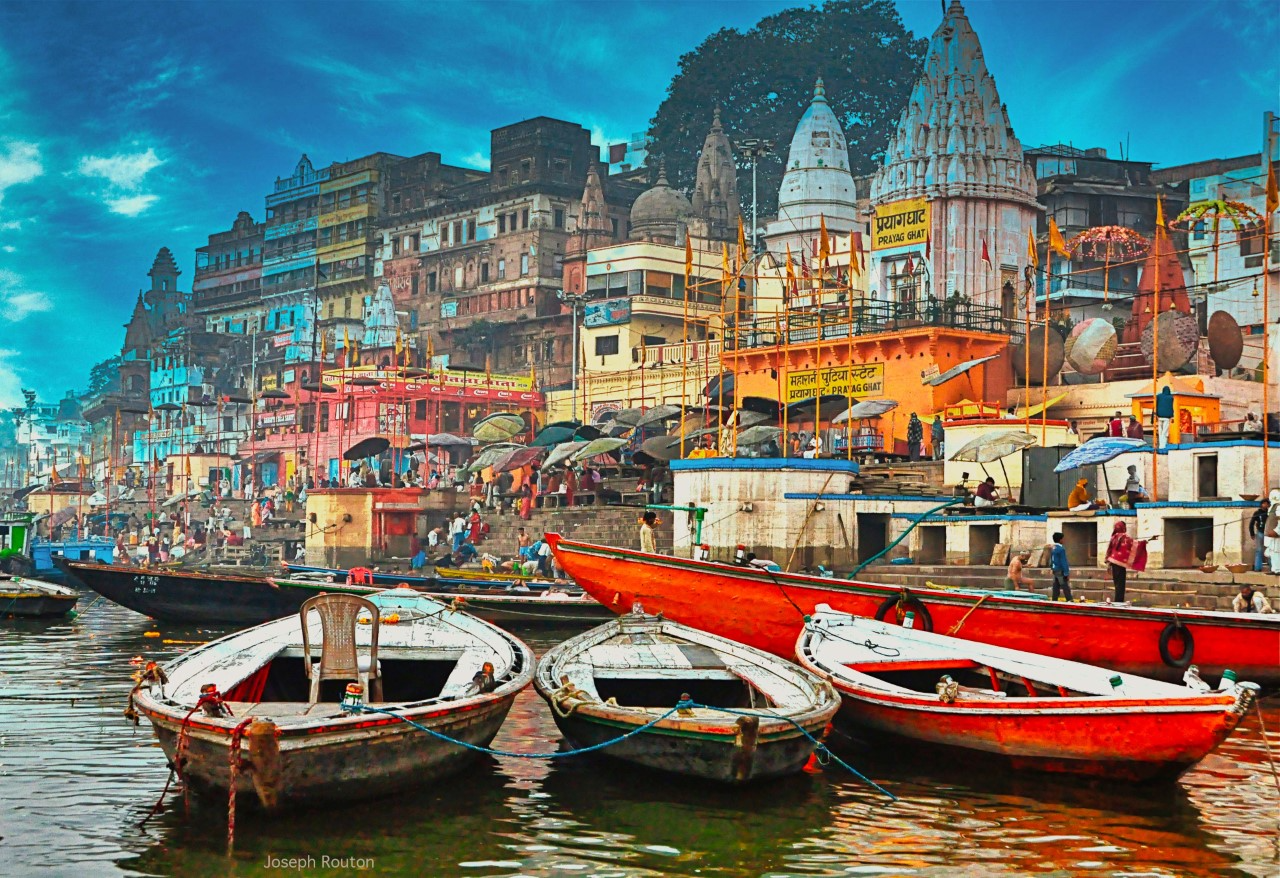 Located on the banks of the Ganges River, it draws millions of pilgrims every year to bathe in the sacred river. 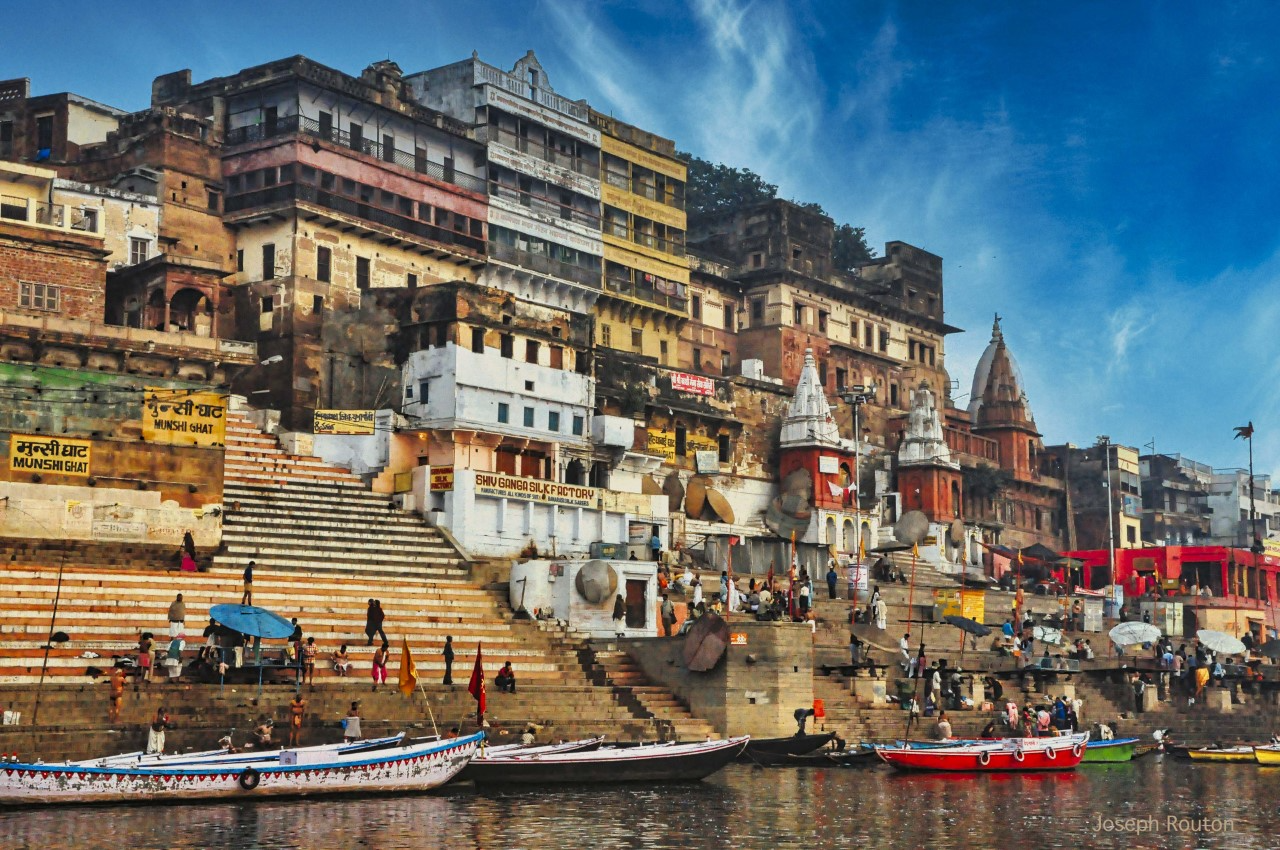 The pilgrims believe that bathing in the Ganges will purify them and wash away their sins. 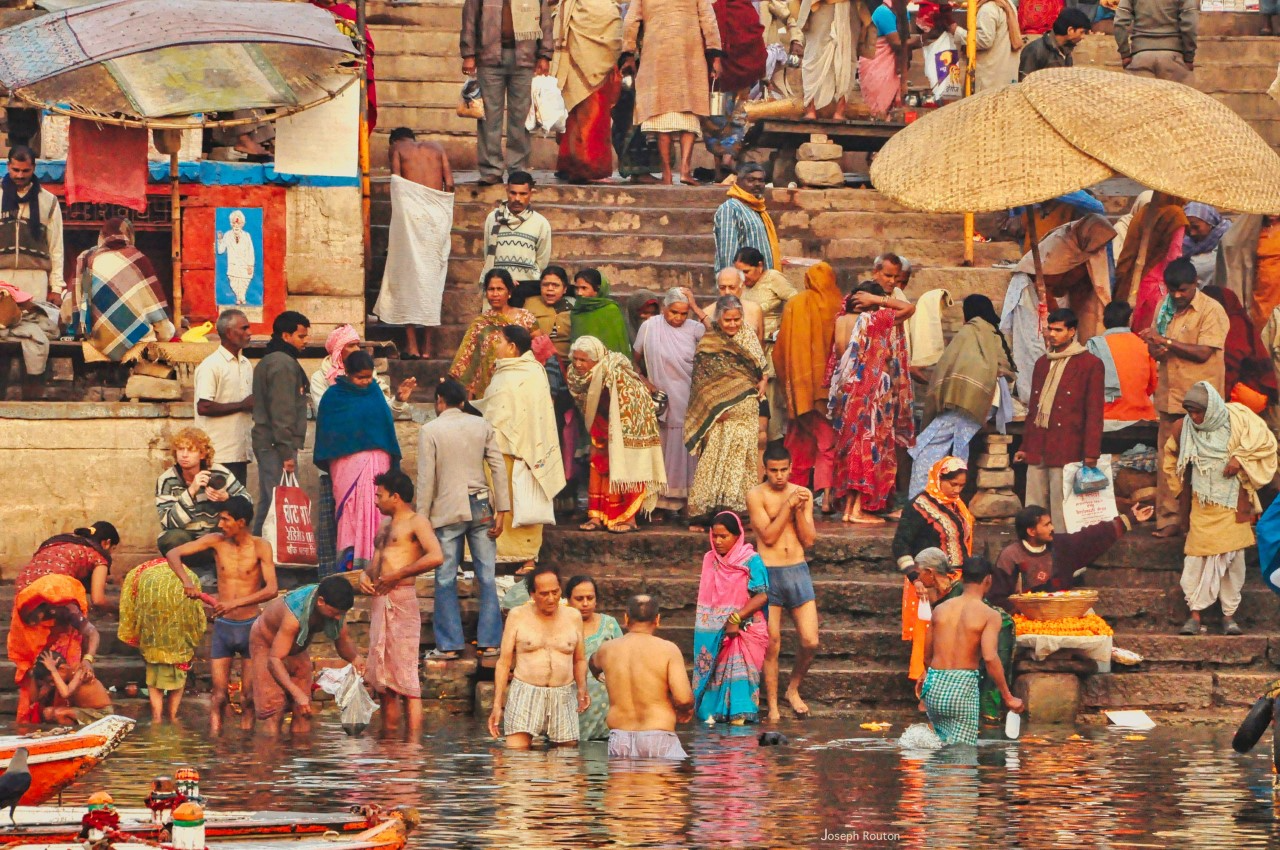 With millions of gallons of untreated sewage, pesticides, dead bodies, animal waste, fertilizer, and other pollution, the water is some of the dirtiest in the world. Efforts to clean the river are under way. 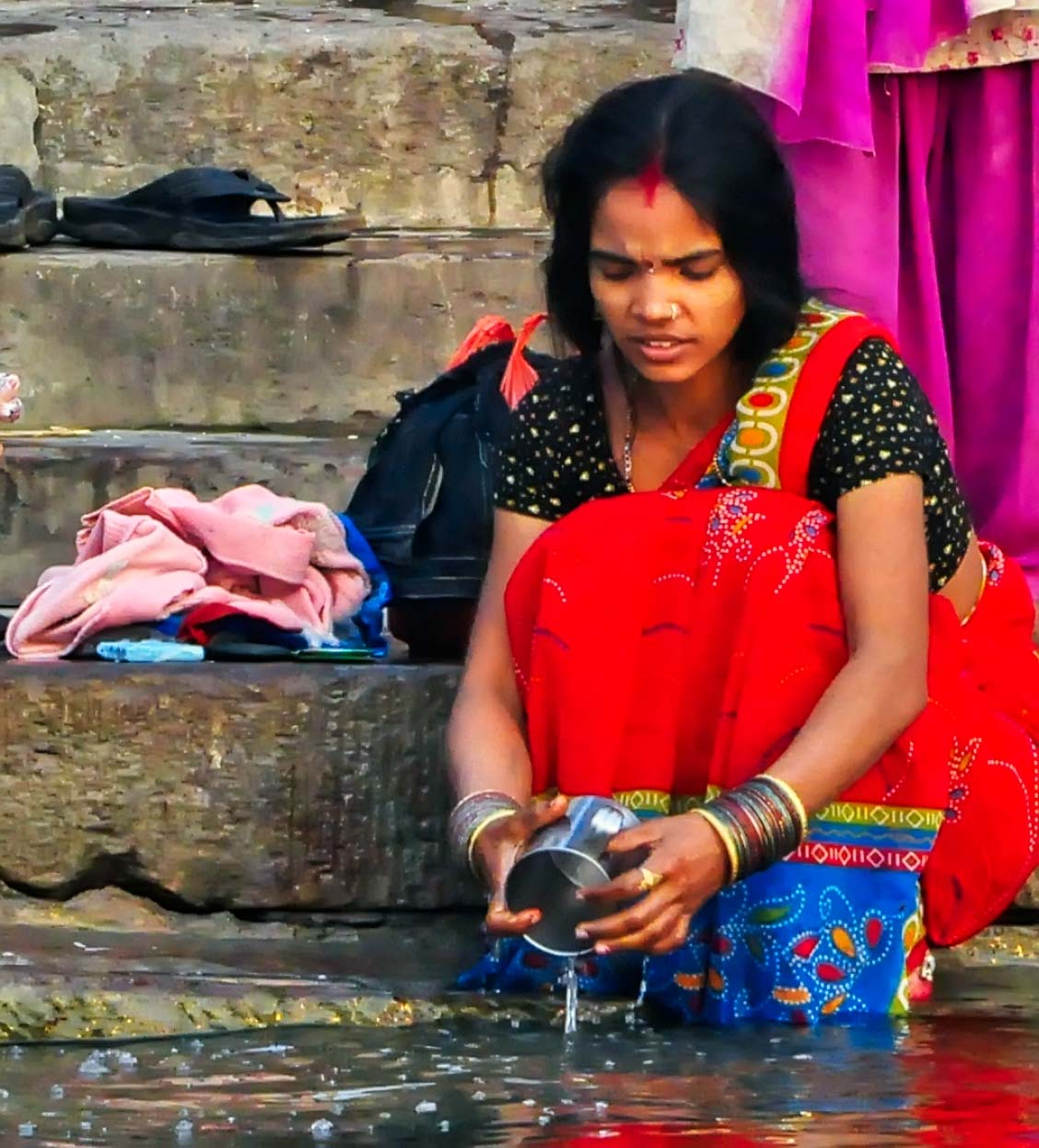 It is believed by Hindus that bathing in the Ganges helps a person get rid of sins he or she has committed in their previous lives. 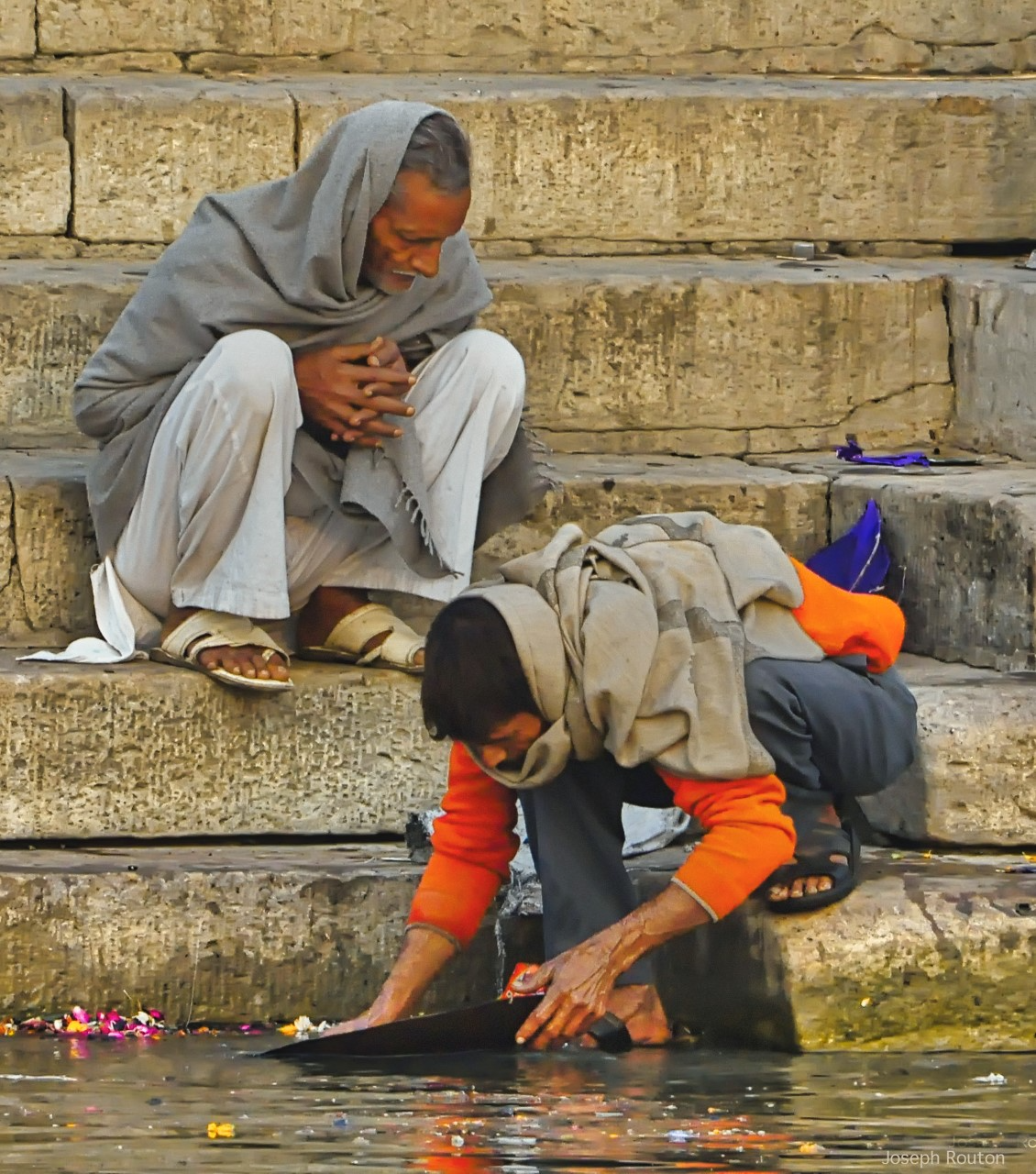 In spite of the obvious pollution, we were told that the water of the Ganges is extremely pure and sanctifying, killing germs. Various scientists have tested the water and, finding antiseptic minerals, have used it to treat different diseases. Seeing the garbage and litter floating on the surface makes me wonder. [JAC: When I was there, I saw a guy brushing his teeth with Ganges water, only a few feet from the bloated corpse of a child floating by, with a crow perched on its belly] 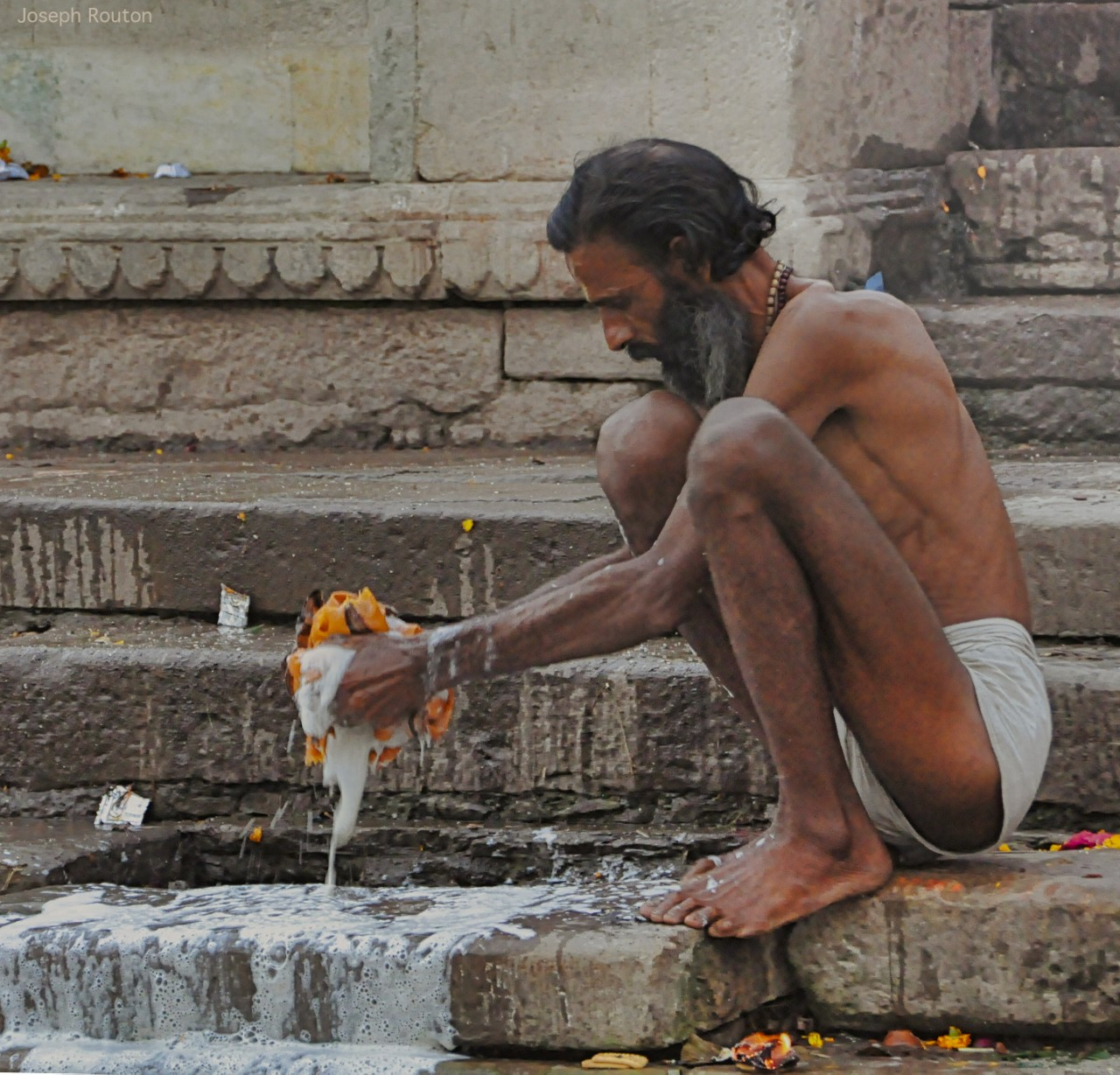 Devout Hindus go to Varanasi to die so they can be cremated on the pyres or on floating rafts. Their ashes are then spread on the water so their souls can be transported to heaven, releasing them from the cycle of death and rebirth and freeing them from the worry of returning to life as a squirrel or a grasshopper.
The pyres burn 24 hours a day, seven days a week, with hundreds of bodies burned in plain sight each day. Estimates put the number of cremated bodies dumped in the Ganges at 100,000 per year.
Often, if a family cannot afford a proper cremation, they will dump the body into the river.

It’s an amazing place to visit and experience. India is one of my favorite countries, and Varanasi makes it worth the trip.